The encounter between cultures 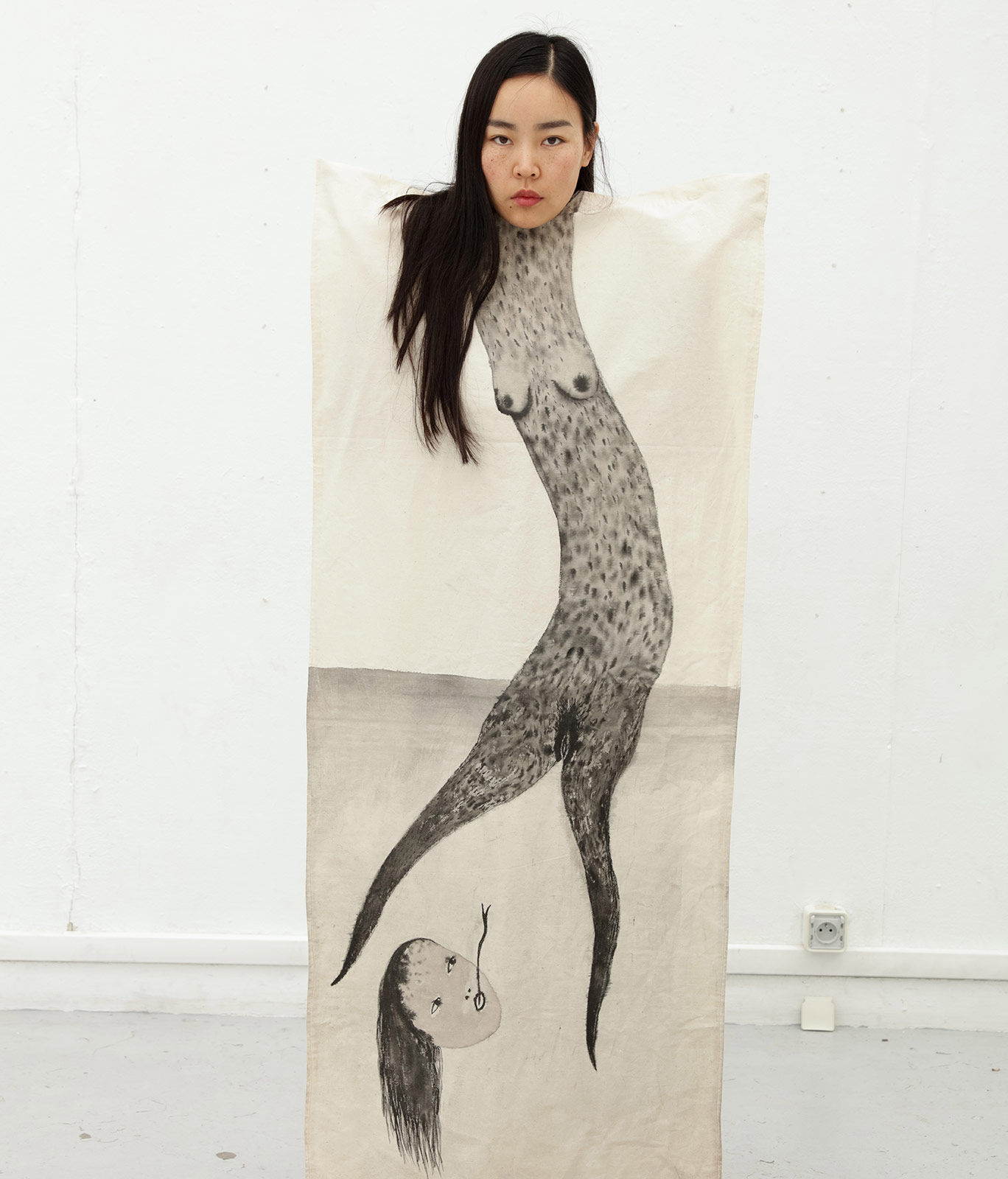 Born in Mongolia, Odonchimeg Davaadorj left her native country at the age of 17 to live in the Czech Republic before starting her artistic studies in Paris. She is a one-of-a-kind artist, refusing to be limited to one art form and consistently conveying insightful messages through drawings, clothing and poems. Her dexterity with visual representation has resulted in numerous thought-provoking artworks that showcase the world where cultures “collide” and where dreams and realities merge. She skilfully describes the common human experiences that we struggle to put into words. We are cordially invited to dive deep into her dreamland.
Before we start, could you give our readers a brief introduction to your artistic world?
I am a visual artist based in Paris, originally from Mongolia. I try to present the poetic side that underlines human history through my art.
Was there a life-changing event that acted as steppingstone for you to discover what you are do now? Did it happen in the Czech Republic or France?
It is hard to pick one specific event in my life. I believe that steppingstone [to my work] is a result of my personal beliefs, cultural heritage, real-life experience in Europe and opportunities to meet interesting people. All these things consciously and unconsciously have an impact on my artistic persona today.
What influence does your early life in Mongolia have on your artistic perspective today?
The education I received and the environment I grew up in shaped who I am today. I grew up in a small village with animals and natural surroundings. They were a fundamental part of my childhood and they have followed me all my life while mixing with other experiences in Europe. I am, therefore, able to keep inspired. Now I aspire to be an eco-friendly citizen in my personal life and all my artworks more or less incorporate the notions of ecology, environment, nature and living beings. 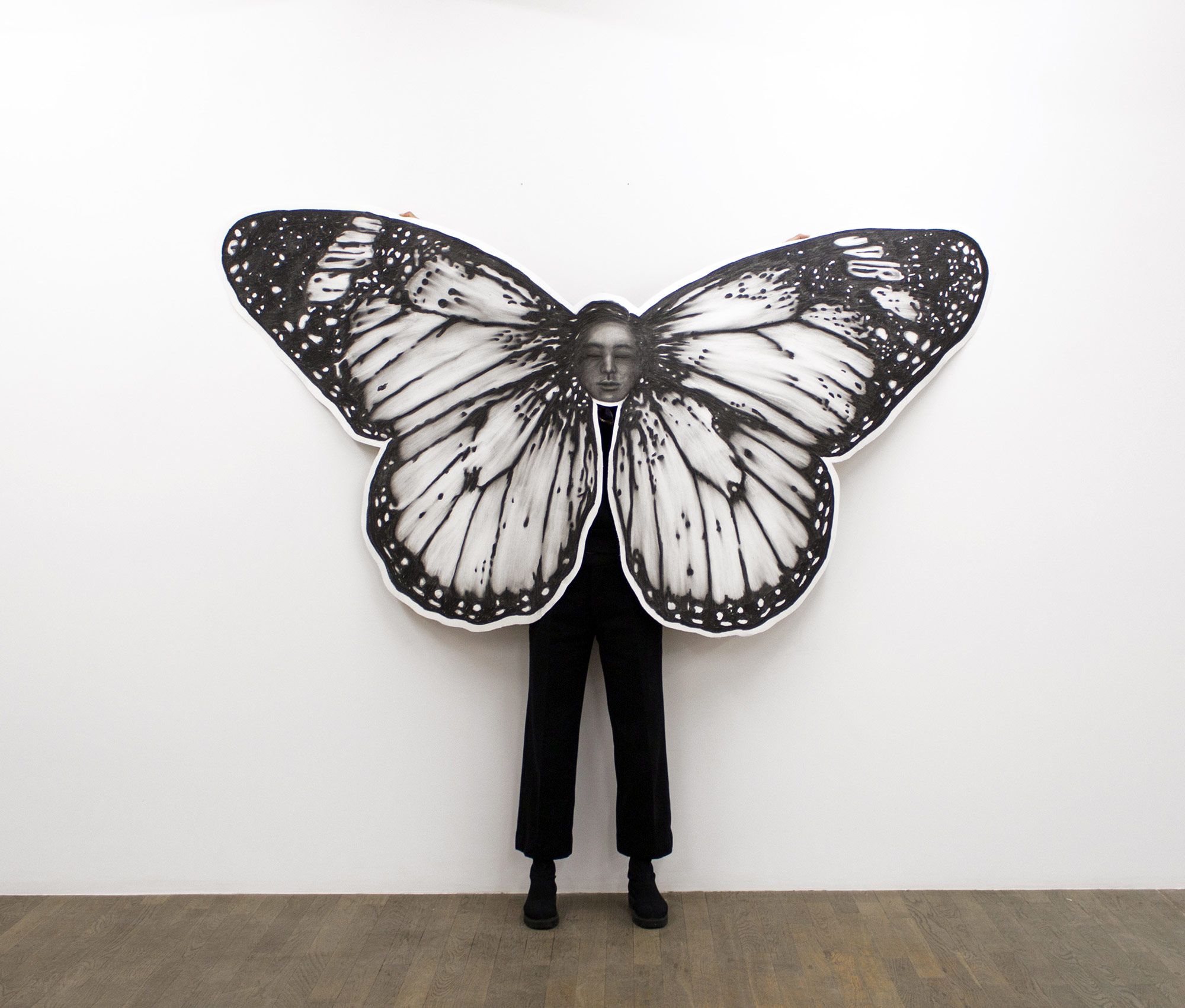 Have you ever had difficulty blending Asian culture seamlessly with the west? Do you think that cultures can be ostensibly divisive but are essentially universal in relation to human experiences?
The cultural differences between the eastern and western world are inevitable. However, the gap is becoming increasingly narrower thanks to the internet where people share almost the same cultural references especially among younger generations. Regardless of skin colours, religious beliefs and social positions, I personally believe that humans are not that different because we all share the same emotions, such as happiness, sadness, love etc. This is exactly why I love to work on universal subjects, I want people who live on the other side of the planet and whose culture drastically differs from mine to resonate with what I have to say. Art (music, dance, and other art forms) is always the shortest way to touch one’s heart after all.
You are passionate about making art on clothing and we are not surprised to learn that your mum is actually an amazing seamstress. Tell us about how she inspired your artistic venture in this respect.
Clothing always has a place in my heart. I actually wanted to study fashion when I first came to Paris, but even public schools were too expensive for me to afford at that time. Then I decided to go for fine arts, which turned out to be a smart decision. I used to help my mum with small tasks when I was younger, through which I familiarised myself with textile. Now, I use clothes as a tool to amplify my voice and express my ideas. I am really inspired by Hussein Chalayan, who has a very strong sense of individuality in his design.
What would you say to people who dismiss your portrayal of eroticism in clothing as pornography? What is that defining line between eroticism and pornography?
I do not think of pornography at all when it comes to my work. I am not bothered by the fact that people see what they want to see, but the boundary between eroticism and pornography is self-explanatory.
In your installation Amidral, we are presented with a constellation of drawings linked by red threads. I admire that you add a tactile aspect to the image with your craftsmanship. What do those tangible red threads symbolise? In what way do you think they help to manifest those symbolic links?
The main thing I try to evoke through my art is the links, links between humans, between humans and nature, between nature and animals etc. We essentially depend on each other and each living being is part of this ecosystem. However, those links are fragile, just like the red threads that I use to connect different living beings in my drawings. I like to use fabrics that contain double meanings: they are seemingly solid, but simultaneously vulnerable, hence the need to take care of the connections among those living beings. 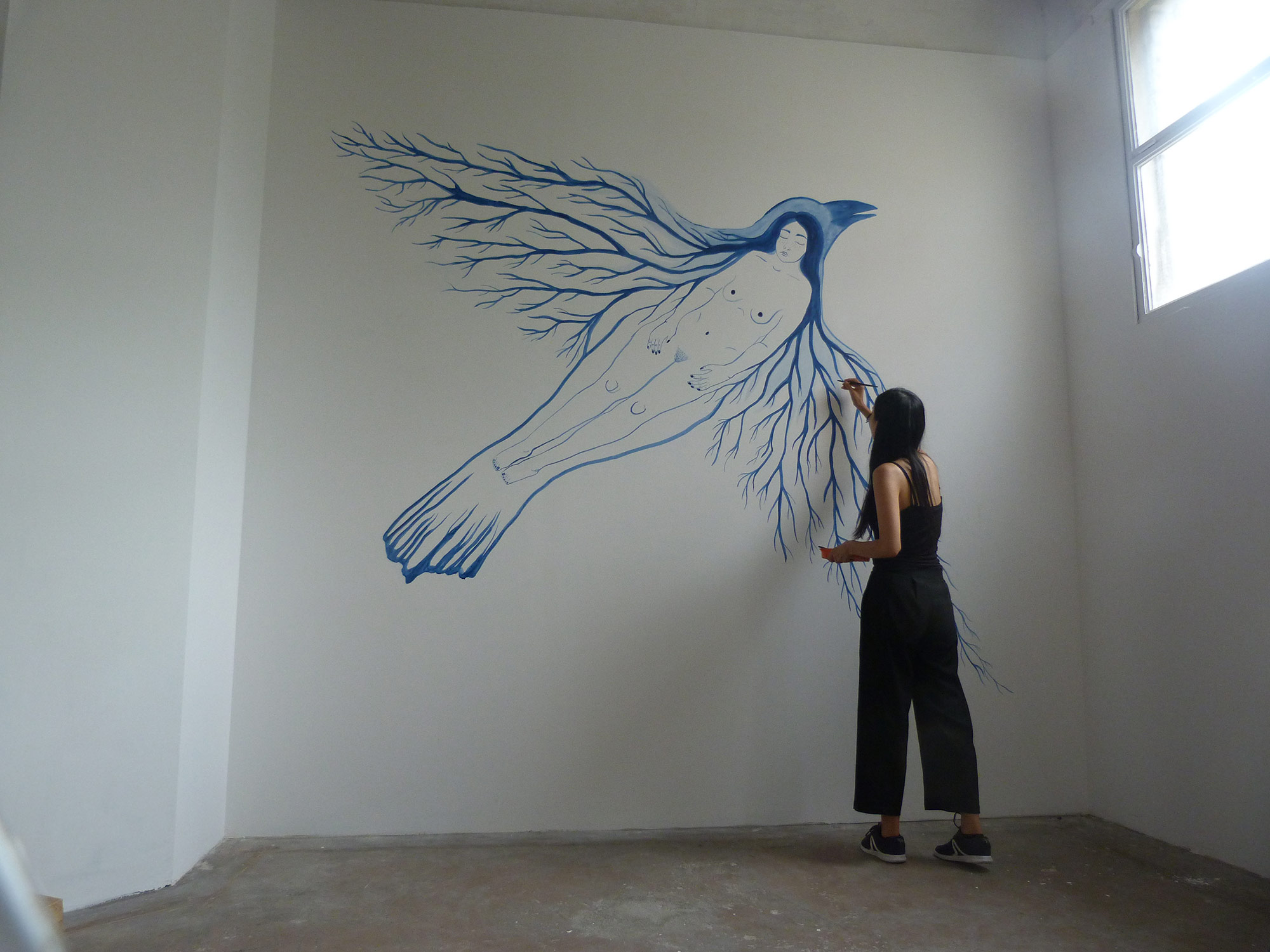 Although drawing remains your main passion, how does also being a part of the fashion and literature industry push your boundaries as a multi-talented artist?
Drawing is the fundamental medium that I can practice everywhere, but at the same time I do not want to only do this for the rest of my life. I have done many jobs and I enjoyed them a lot. I learned something new from each job and their similarities and differences collectively help me to grow as a person and as an artist.
Your artwork has been presented in various venues in Paris, including Galerie Premier Regard and the Salon de Montrouge. What are your fondest memories of showcasing your talent to the world?
I love all of them, no matter how big or how small. Each exhibition is challenging and gives visibility to my works. It is absolutely a pleasure to share those magical moments with others as an artist.
What are you working on right now and where can our readers expect to see your work in the near future?
I am currently working on something I am going to show at my solo show at Orangerie of Domaine Chamarande in 2022. Stay tuned. 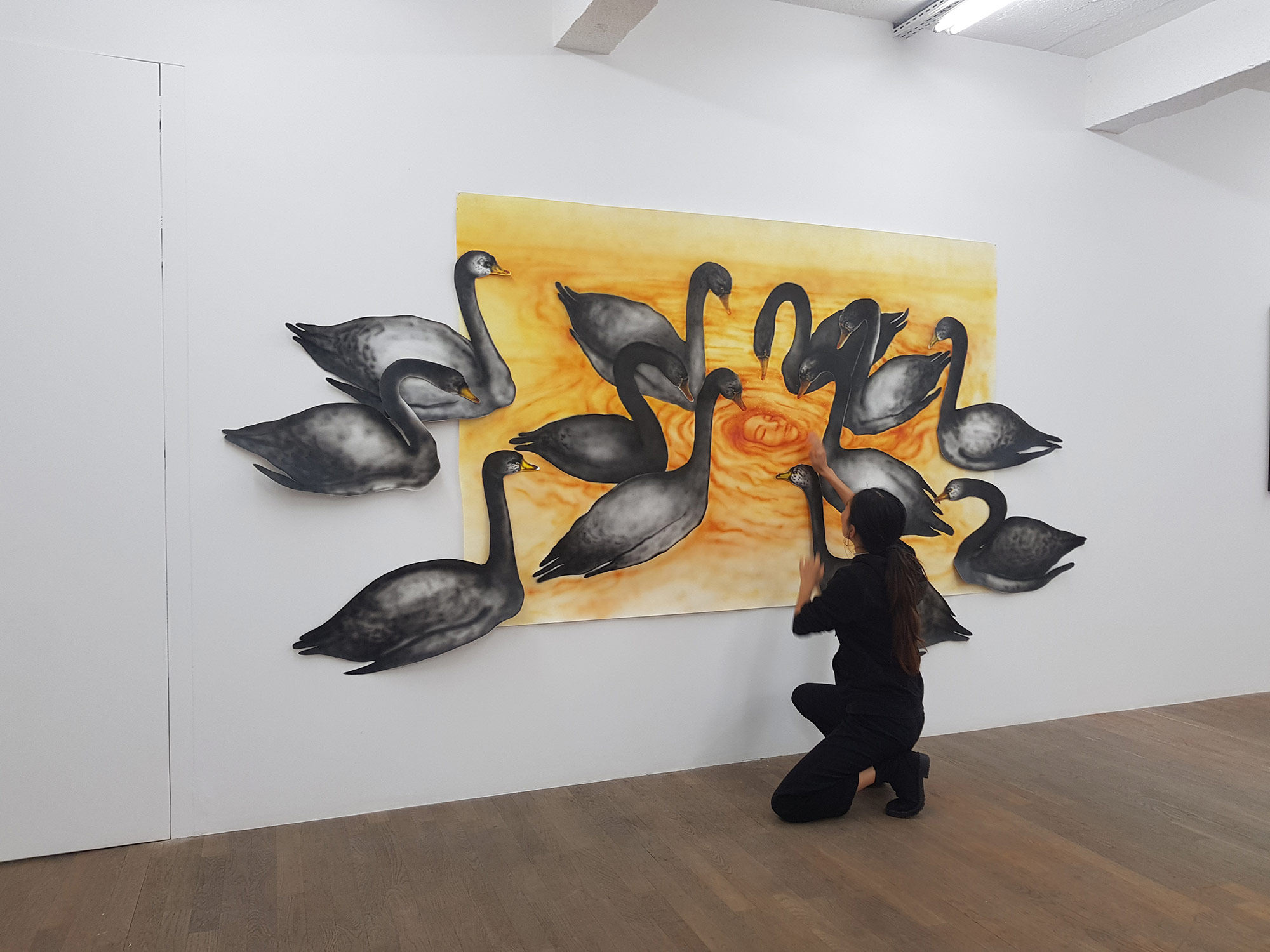 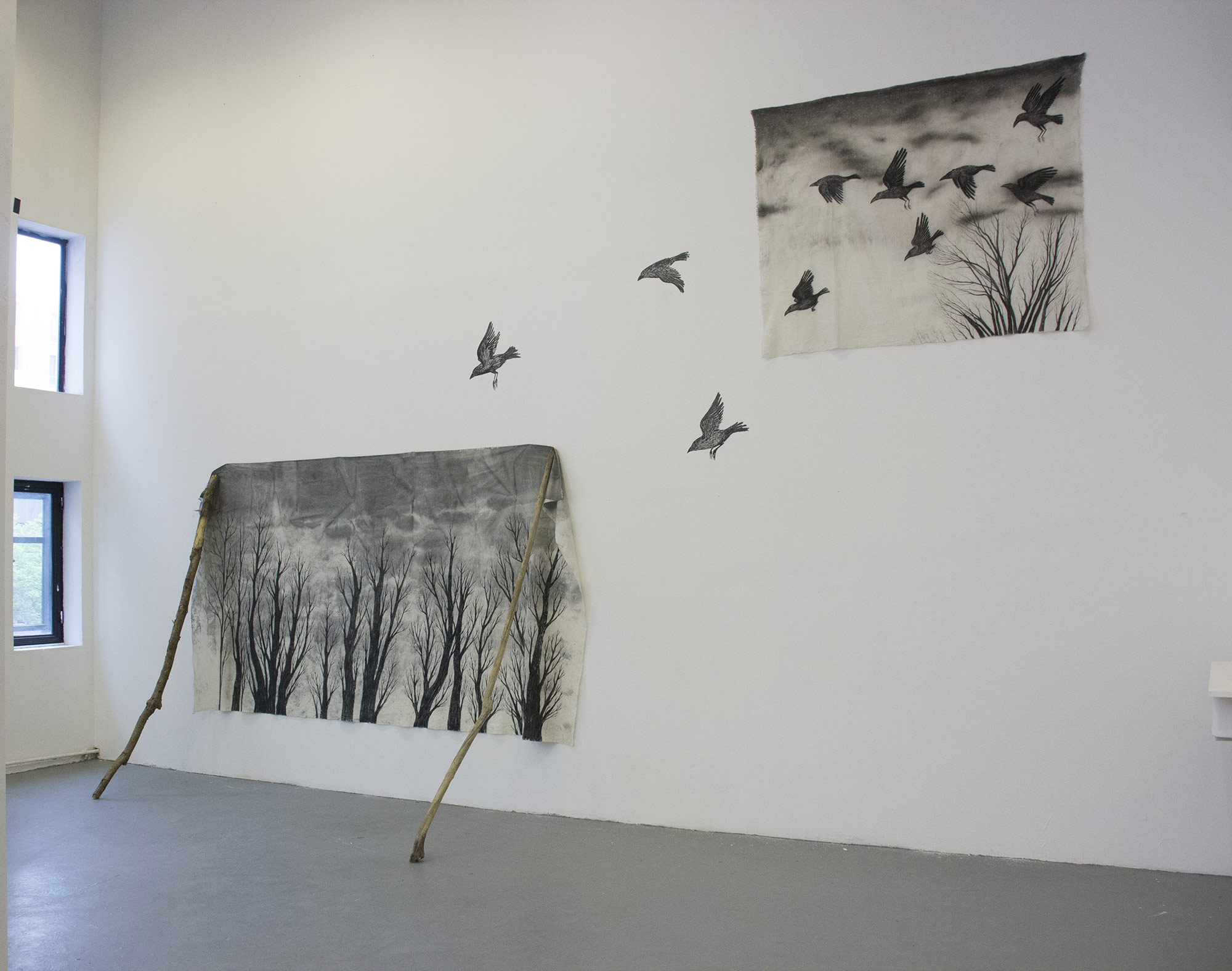 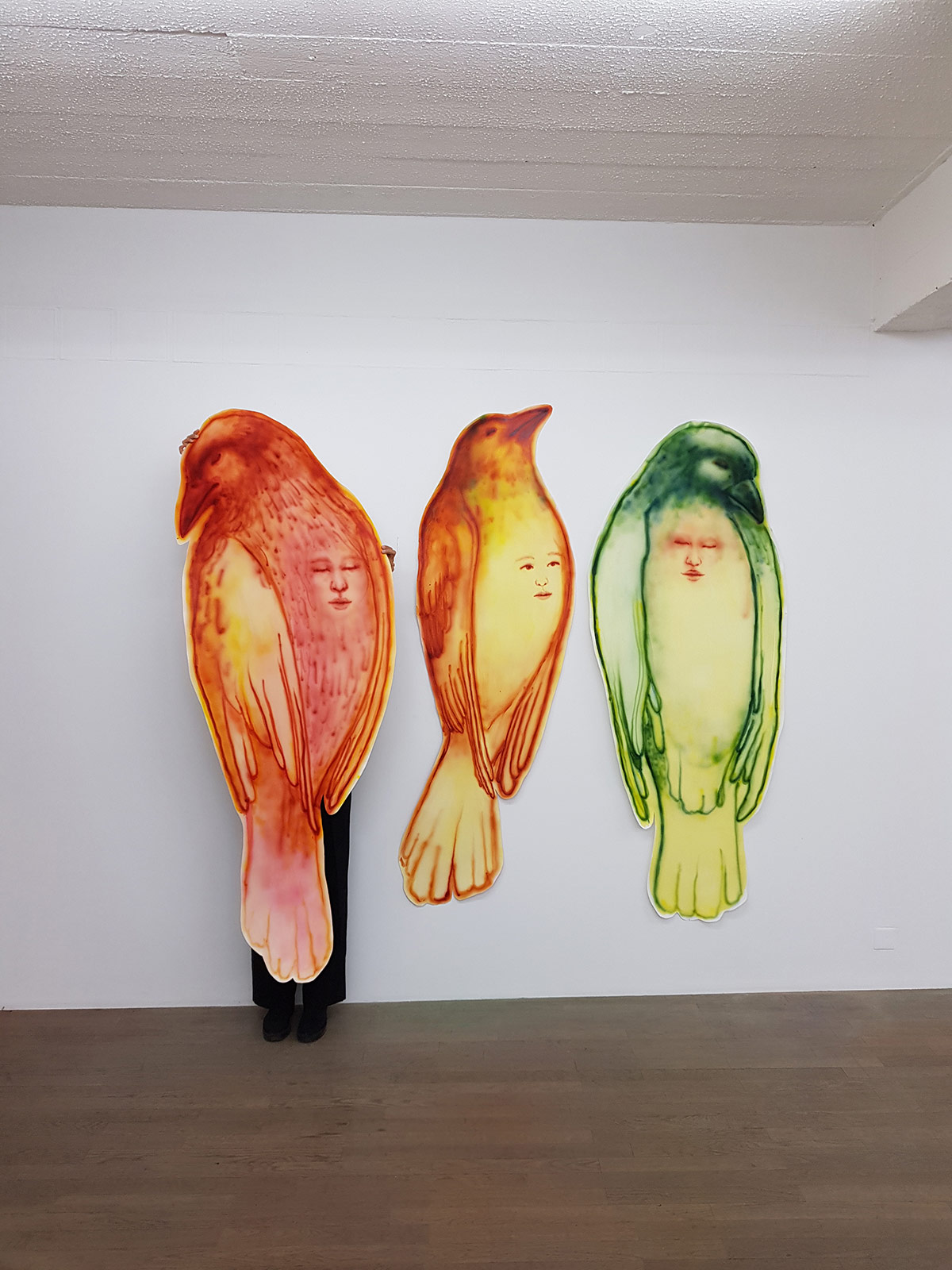 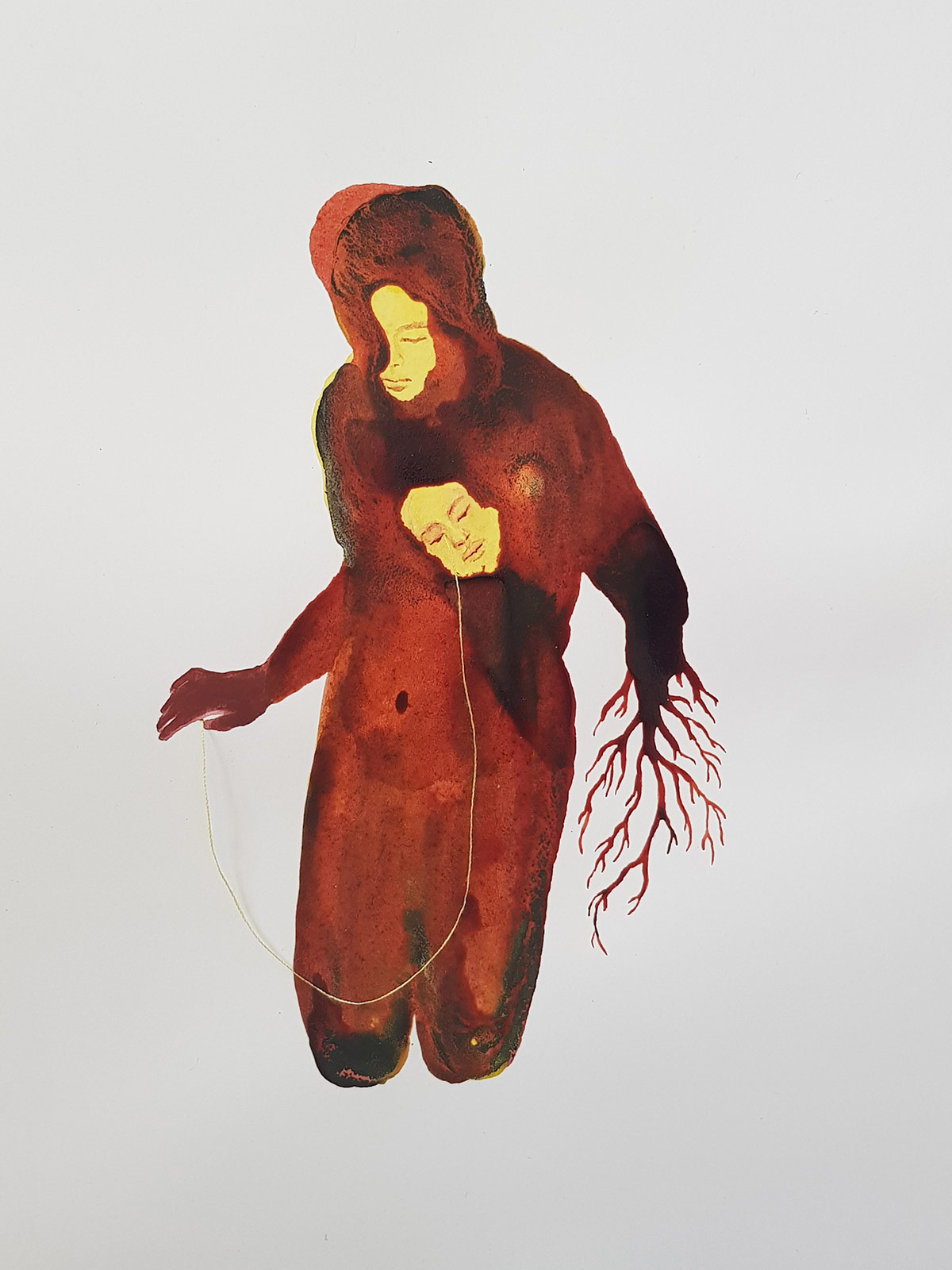 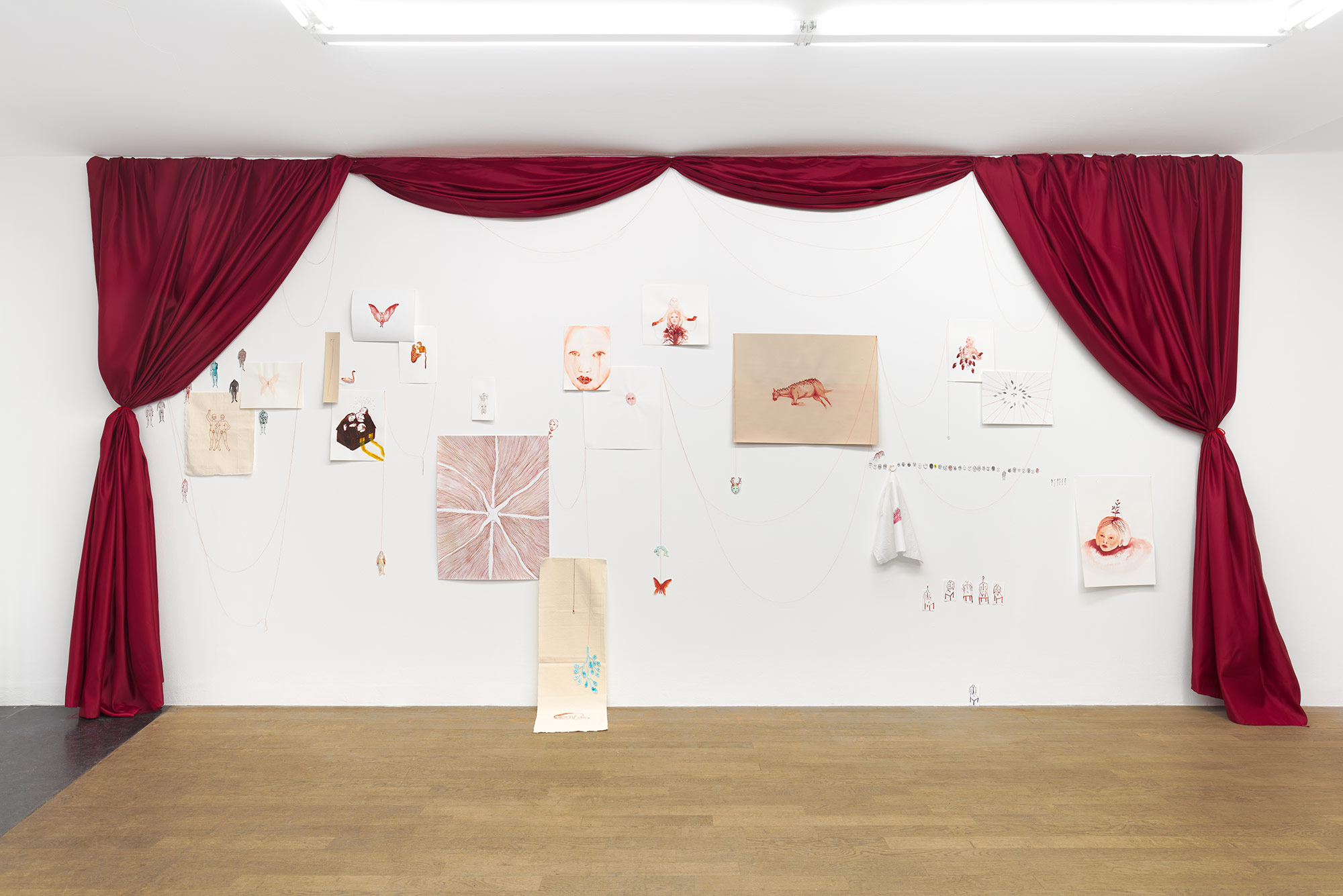 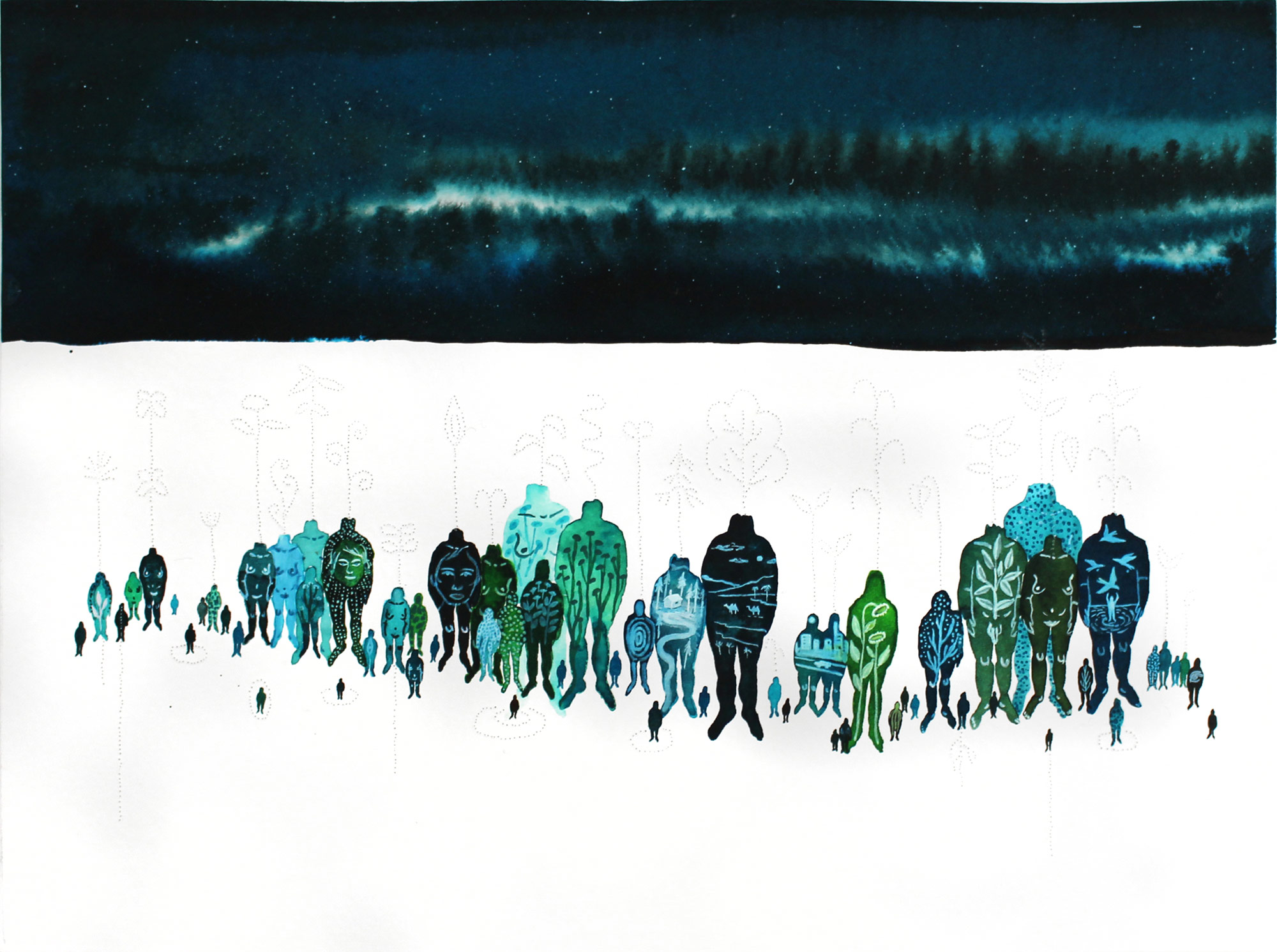 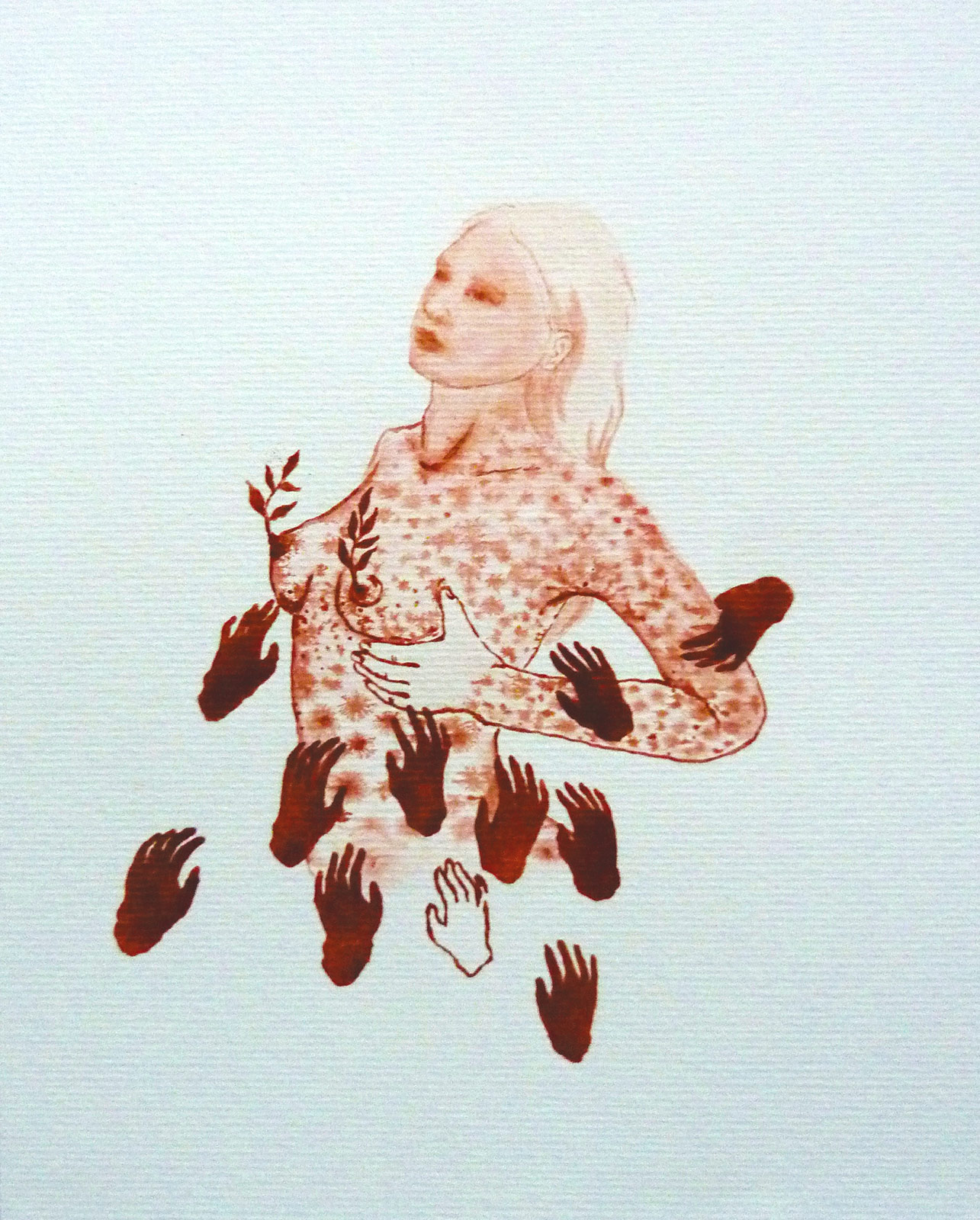 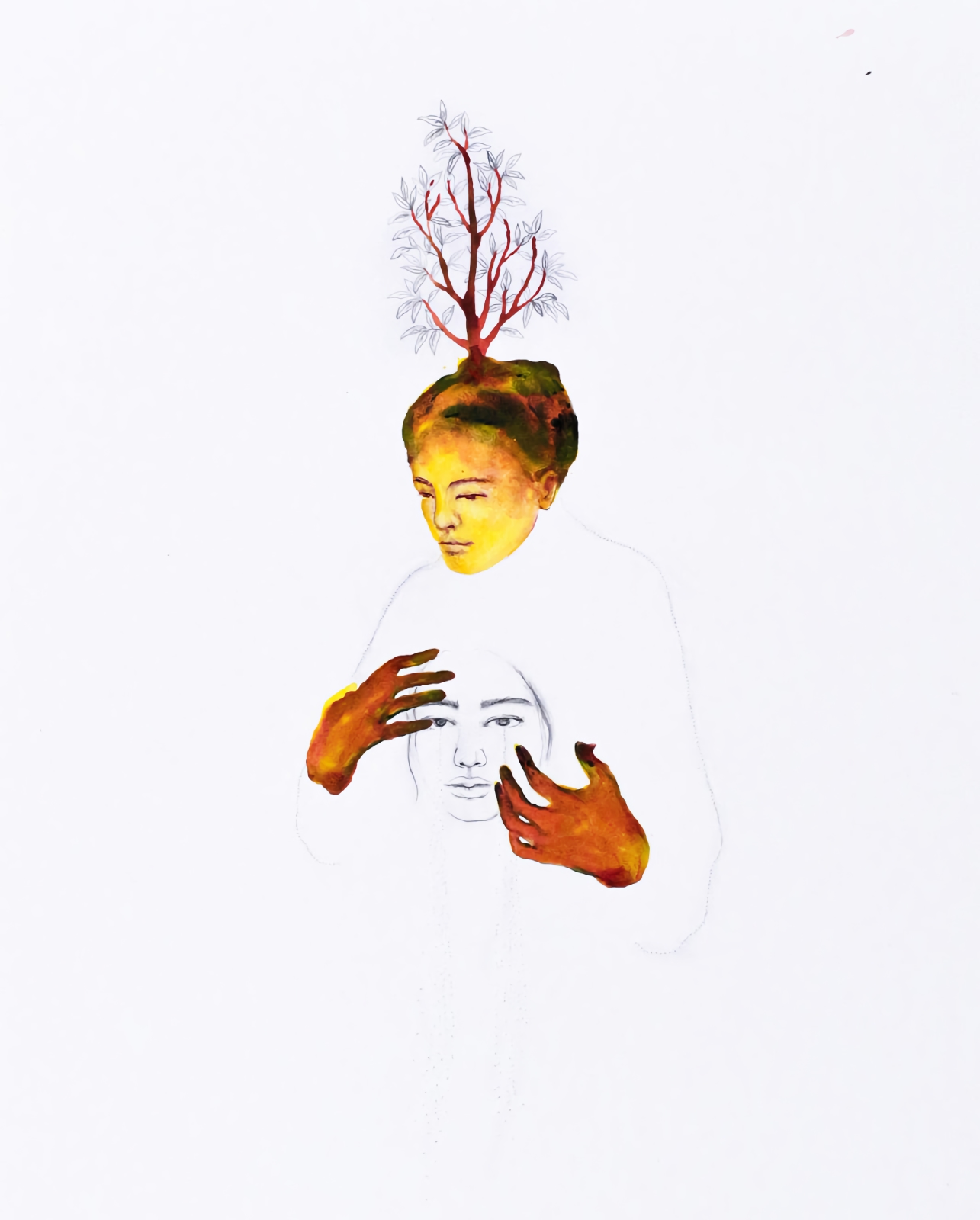 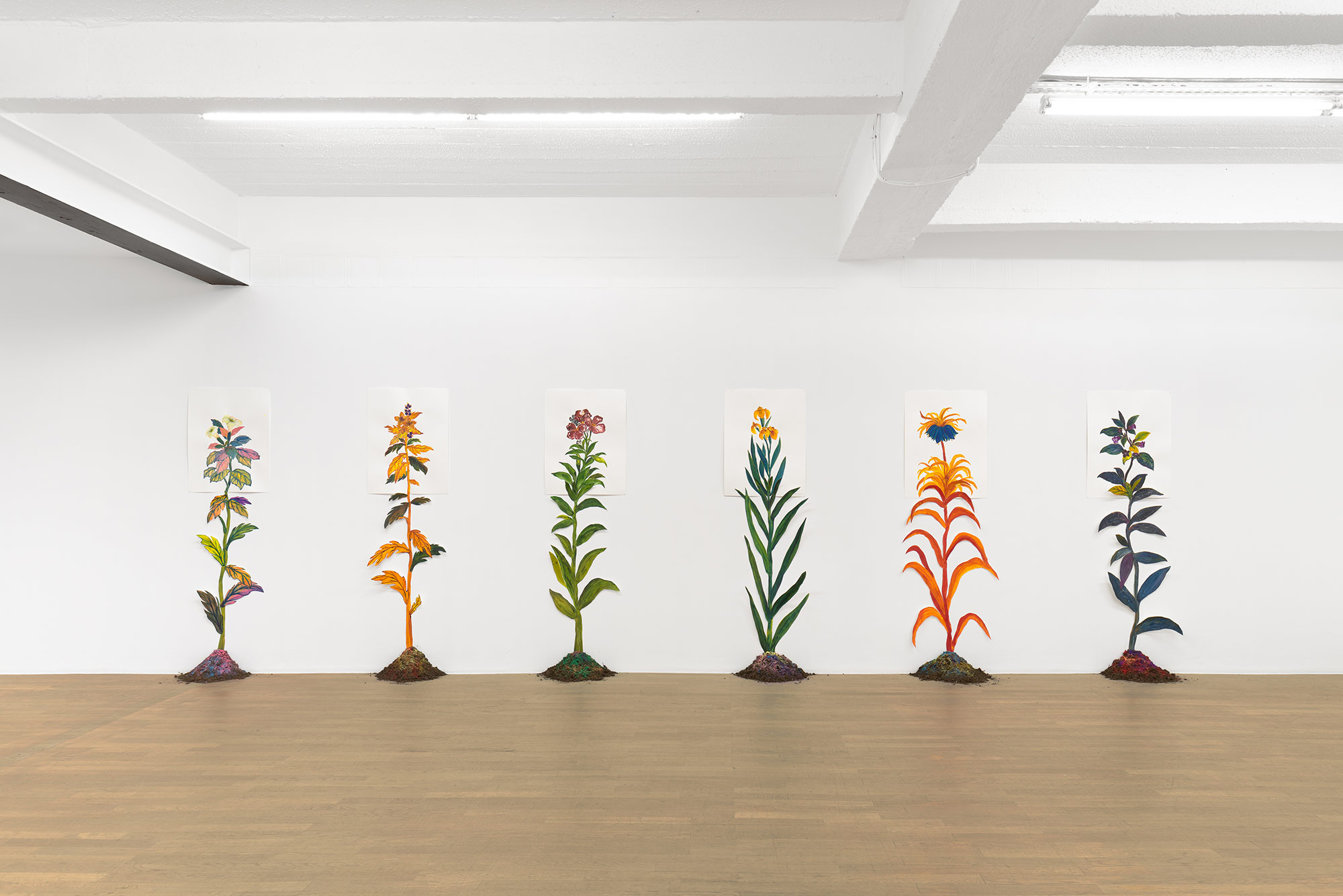 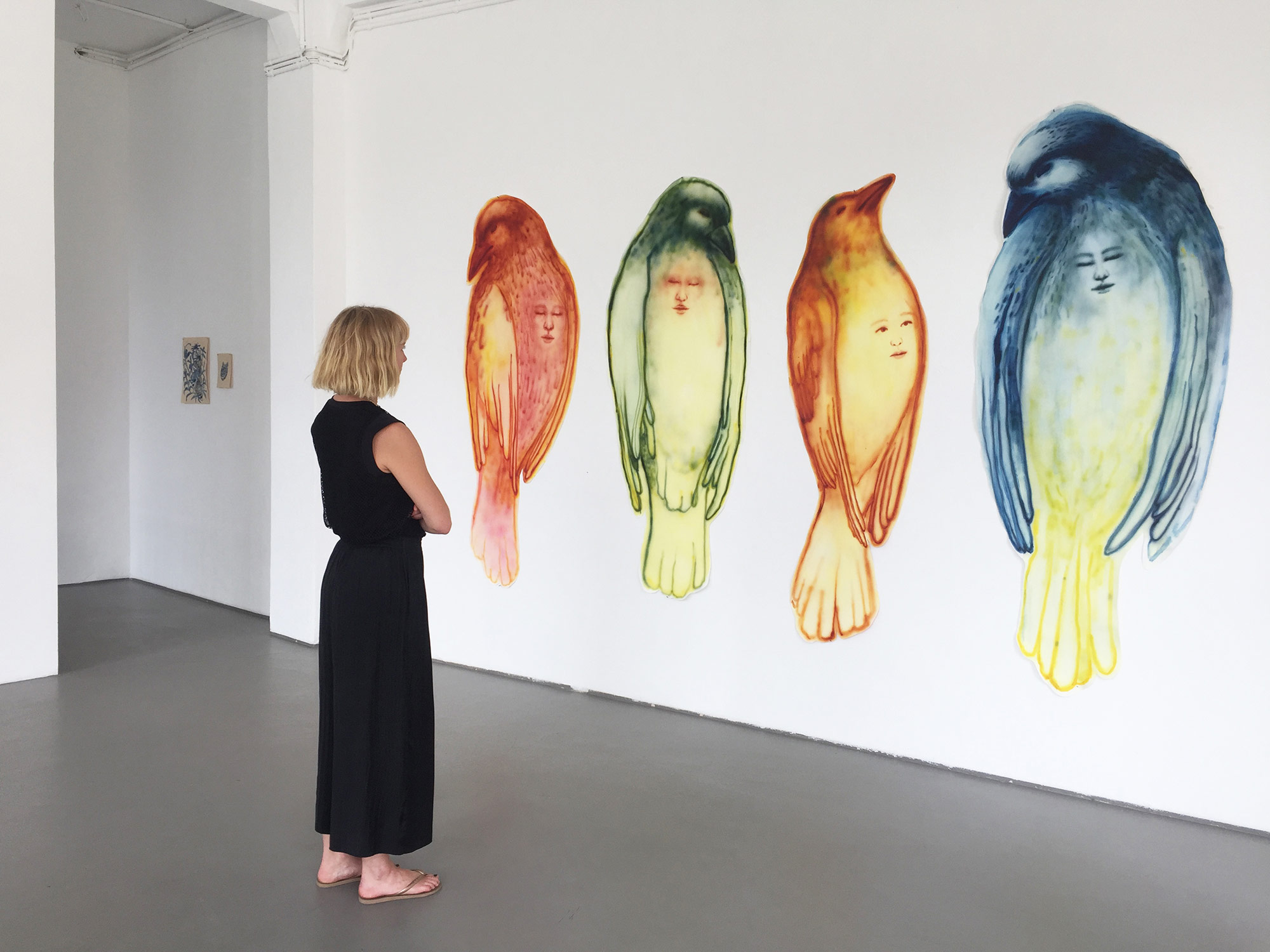