Fashion As An Art Form 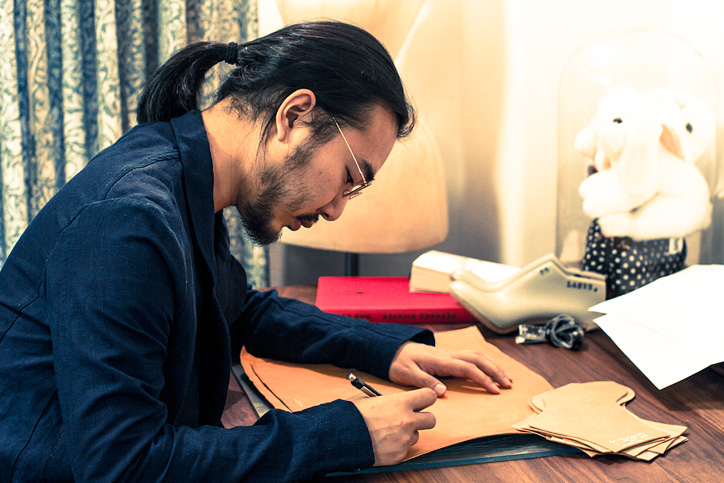 It’s almost impossible to try and describe Noritaka Tatehana’s talent using the common lexicon of the fashion world. It’s almost impossible to call him a “designer” or a “shoemaker”, it is just not enough to refer to him. Noritaka Tatehana is undoubtedly more than a designer, there is such a great intensity and passion in his work, and in the concept of the stunning pieces he creates. A pair of Tatehana’s shoes might involve around 200 processes, and every step is handcrafted by himself, in an incredible mix of past and future, of Japanese traditions and modernity. All these manufactured treasures captured the attention of some of the most important women in the world. This is not just a matter of style, or design...this is art in its purest form.

In August you celebrated the 3rd year in your career as a designer. How do you feel? What does this anniversary mean to you?

Each year has been really unforgettable and I strongly realized how my opinion changed dramatically during these three years. They have been the preparatory steps to the future, I always like to move forward without fear of any changes that may come.

This year, there was another important event in your agenda: the collaboration with Isetan department store in Shinjuku and you opened first Noritaka Tatehana pop-up store. How was the experience? And which was the starting point of this collaboration? Who proposed the idea?

Recently, artistic activiy has become my main entertainment, so I was making sculptures, working on paintings and communicating mostly with art collectors and participants from the art museums. During the time, the contents I was being offered were very fashionable and businesslike. Having just started the luxury sneaker brand The Daughters, it was a time when I was drawing the line between a fashion and an art I feel can't coexist in me. We acted rapidly, so the plan was brought to fruition at very early stage. Isetan is known as a mega-store with huge volume from a global standpoint. It was like one person trying to play two completely opposite characters selling order-made products and ready-made sneakers in the one same shop. Customers define the line of demarcation in their view more than I expected and I could clearly understand their needs. It also became a factor for me to draw a clear line between the two. Above all, what is most important is to meet the consumer above all. Communication is always the highest priority for me.

Going on with the pop-up store. Let’s talk about the concept. In Tokyo we can see many projects like these every day. Do you think it is something connected with the soul of this city, with its energy, its newness, its delirious speed?

People in Tokyo are used to stimulant things, so they are always looking for various chemical reactions. They are attracted to new values and unexpected events. That could be the reason.

Lady Gaga is actually one of your most famous clients. In 2011, she wore your shoes in some of her most important photo shoots: for the editorial of I-D Magazine’s Spring Issue, for the cover of Billboard and for the editorial of Vogue Us’ March Issue. Nowadays, being admired by such a great icon and talent like Lady Gaga is a kind of status symbol, as well as an important step for a young designer’s career. Also, another very important celebrity for you is Daphne Guinness. During the Christie’s auction for the Isabella Blow Foundation, she defined your work as “pieces of sculpture” and “concept pieces for looking at fashion as art”. I guess that a statement like this pronounced by someone like Daphne Guinness is something that changes someone’s life. What importance do you give to this kind of occurrences?

I had similar feelings when they both appeared in front of me. The two of them have a sensitivity which I lack. You may think we attract each other because we have many things in common, but it's not necessarily so. Customers make an artist grow. Well, I guess both sides grow. My shoes, established as part of their signature, catch the eye of the public and become a part of their expression. But having said that, Gaga and Daphne are not the same, which is more important to me. Gaga has the power to make things happen and is a very strong woman, calculating in a good way. Daphne is very pure, like a girl, and a fashion lover. Probably, the one thing which is common to the three of us is that we see fashion as a communication tool.

This year, you have also collaborated with Daphne in an event for Nick Knight’s Show Studio. The project was meant to be a sort of wunderkammer hosting some of Daphne Guiness’ most important treasures. How did you feel when you realized you were included in the list?

Daphne introduced her family to me and I met her father. I was very happy that they spoke to me frankly. "This is the first time Noritaka is visiting London and the reason is to see me!". That's what she told her family and it caused quite an impact on me. I'm proud of that, of she wanting to share me with her family. Although I'm not sure that my shoes are her "Treasures", the encounter itself was certainly a huge "Treasure".

Aside from celebrities, can you tell us more about your customers? What kind of women wears your shoes?

As for my shoes, they may appear a little flashy, but the customers who come and buy my shoes, are not flashy. They are cultured people who like looking at the future. To create and wear my shoes means looking towards future and progress. Those women who want to step up and stand on their feet, often visit me.

As we can see in your biography, every step of the manufacturing process is handcrafted by yourself. Which is the starting point of this incredible process? How do you choose the fabrics and materials? In what way do you elaborate the shapes and details?

If I start to talk about the technical aspects it might take until the following morning. That’s how many processes there are. Maybe about 200. The first important thing is the wooden form (last). This becomes the frame of the shoe. It's not an overstatement to say that the last can decide everything. I use my original in which I modified a last from the 1950's. I mostly get custom-made orders. Which means that it's not me, but it's customers who decide the details and materials. Since all the materials I use are from Japan and I have a good background knowledge of the Kimono making method, my customers think it's important to come to Japan and actually buy, which I am extremely glad of. I’m proud that people become interested in Japan itself, its culture and manners in old and present days.

All those concepts you studied during your career and at University, and all the subjects you deepen into with your research and work are connected with Japanese traditions: the techniques of dying and weaving, as Yuzen, the creation of Kimonos and Getas, your studies about Oiran (Courtesans in Edo Period). It’s clear that you have a strong bond with the culture of your homeland. Is it a source of inspiration for your work? Does it influence you in the process of creation?

I think it would be more correct to say it’s my core center, rather than my inspiration. After the World War, various cultures were imported and Japan became rich. However, there must have been wonderful culture and art which must have been exported from Japan also. I am apprehensive about saying whether Japanese culture and art have evolved after the World War. At this present-day it is Japan I want to express. Japan is interesting now, I have found out the meaning and send it to the world. My fashion is the latest culture and art of Japan.

When we think about your homeland, Japan, it’s impossible to forget the Tōhoku earthquake and tsunami on the 11 of March 2011. Do you think the fashion industry can have a role in helping people to face this kind of dramatic moments?

Even today, I can't forget that shock. Japan has experienced huge natural disasters many times in the past. They have inspired art, served as culture, and have been inherited in the present age, having been drawn on a picture or represented in sculpture and photography.) I think fashion and art should be communication tools which tell people about the impending tragedy more than just staring at it. Fashion and art root in people's hearts and I think they strongly resonate with their own healing power.

You were raised in Kamakura, a wonderful town near Tokyo. I was there this year and, in my opinion, it’s one of the most peaceful and magic places in the world. How do you see your hometown?

I grew up in nature. Running around the mountain and the sea and had the chance of being in contact with animals. I felt through the senses and emitted through the senses. I guess that sort of sense hasn't changed at all. Those experiences and memories when you are young are remembered quite clearly even you get old. When I visit the places I used to play in when I was little, I still get the feeling of excitement and thrill, that is because of my parents. I live in Tokyo. Going back to Kamakura means going back home with the big purpose of meeting my parents.

I hope to have a constant new encounter. 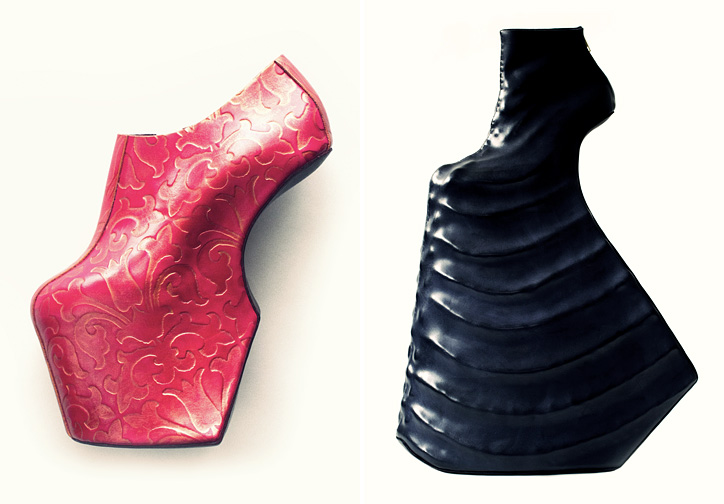 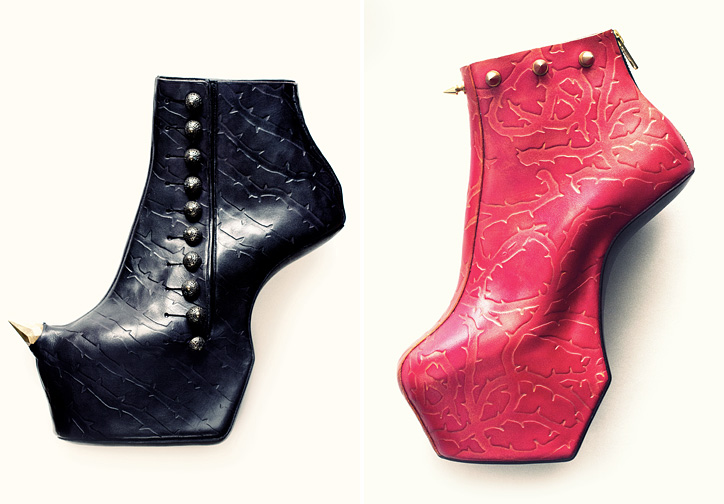 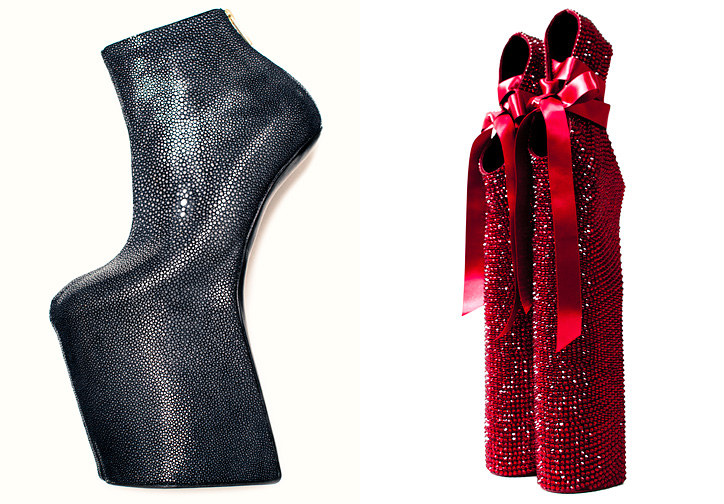 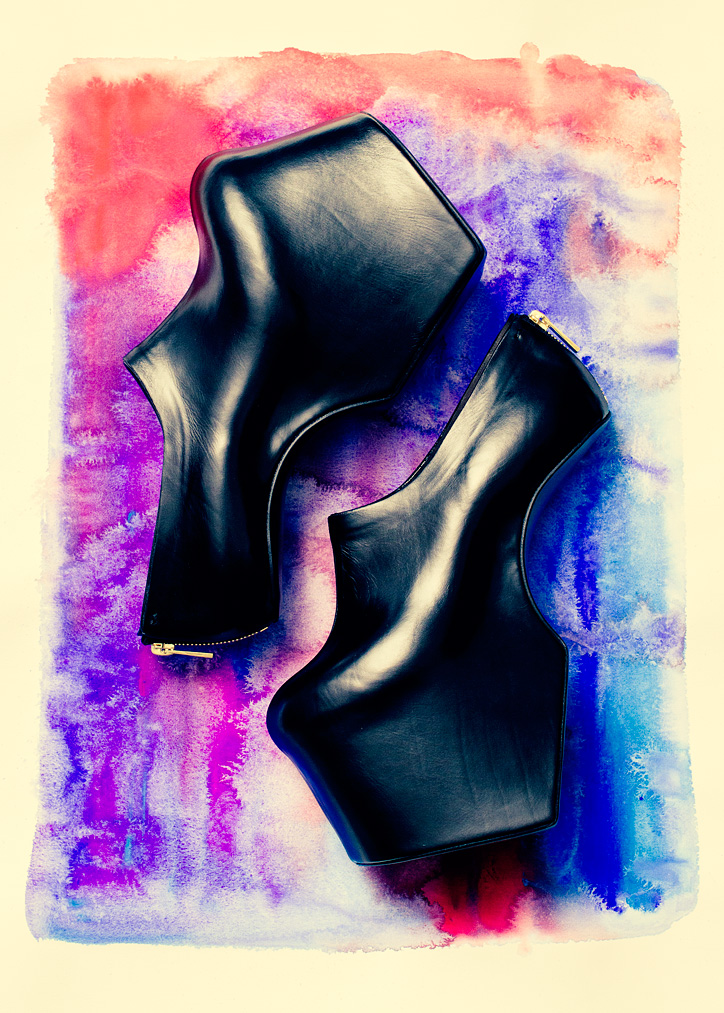