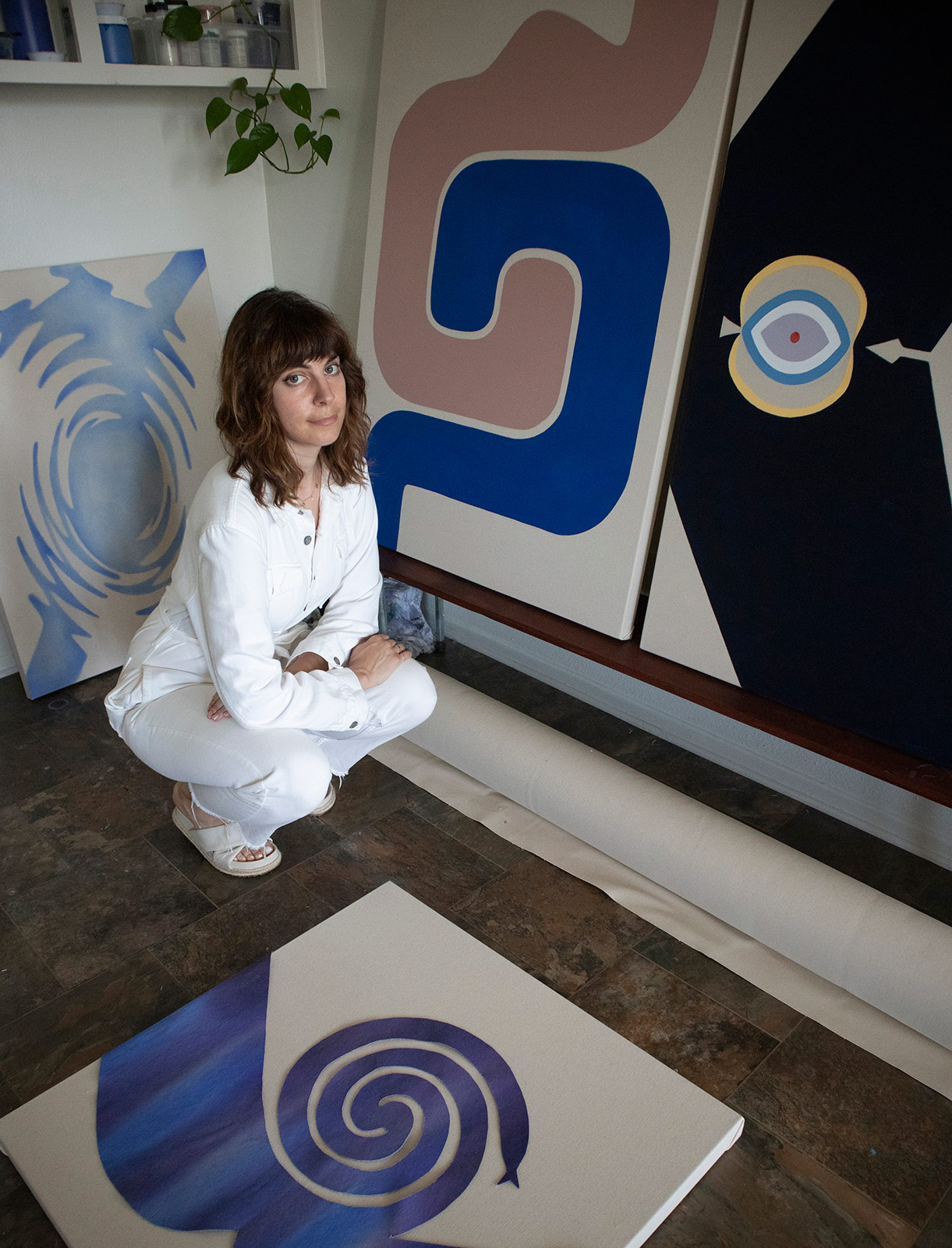 Nina Klein takes exploring social constructs straight to the canvas. With dynamic yet fluid art pieces inspired by artists such as Hilma af Klint and Matisse, Klein is able to bring themes of gender and identity into every brushstroke. The American painter recently collaborated with the Italian beauty brand Espressoh to put on an exhibition, OhArt at Milan's Tube Culture Hall that ran until 12th December. The exhibition and partnership was carefully crafted in order to challenge the lack of celebration of unconventional beauty and non-conforming genders within society. Klein’s work is created to evoke questions. She makes the viewer question the binaries through her artwork, her abstract work is a lens into the way Klein views the world and therefore interprets it within her artwork.
What inspires your art and fuels your purpose as an artist?
My art is fueled by my experiences navigating identity. I like the idea that art is a form of record keeping- not only for the artist, but it reflects the culture and society from which it was made. I’m inspired by questions about what makes up the self and how identity is constructed. I think about the idea of an authentic self. Especially as authenticity is a topic of discussion in social media, in beauty, work life, etc.
Does the art you make have secular meanings or messages, if so what kinds of themes do you hope to convey with them?
Through making work, I hope to convey those answers to important or hard questions lie somewhere in between one thing or another. Through my artworks, I try to pose questions rather than provide answers. Ideally, my work encourages viewers to seek answers outside of binaries - in thinking of gender, sexuality, morality, identity or even the meaning of existence, we should view them as within a spectrum. I try to convey this through the subjects I paint and the way I construct paintings. 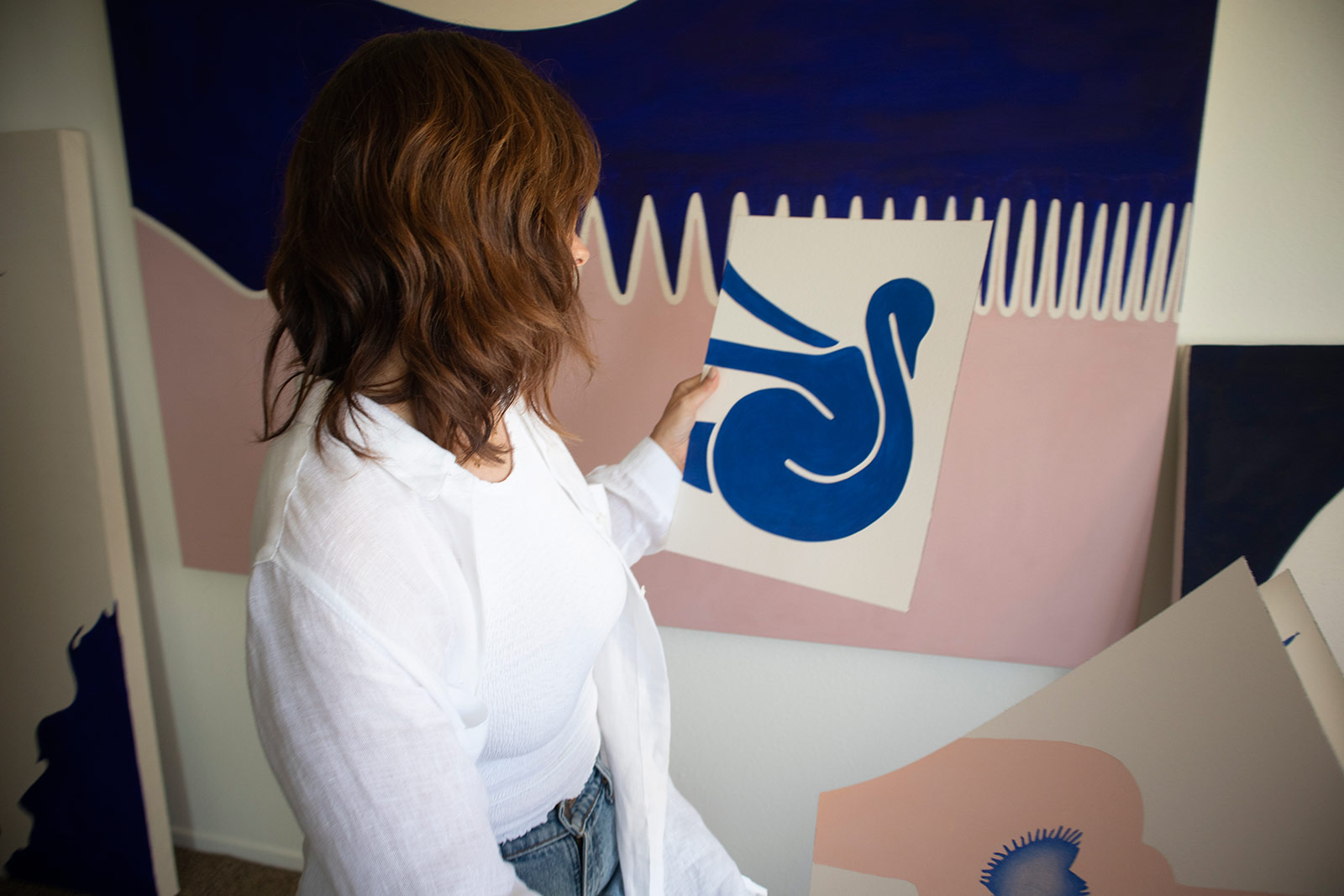 What is the process of making a piece of art look like for you (do you have a studio, make a cup of coffee, play music..?)
I currently have a studio at UCLA that I work out of. I drink a lot of coffee during a studio day. No day of working looks exactly the same for me. Lately I’ve been staining fabrics and making collages on canvas. I pin different stained canvases to the wall of my studio which look like paint swatches before I construct paintings out of them. Selecting and rearranging the placement of colors on the wall gives me ideas for what to create. I enjoy the act of staining the canvases because it allows me to give up control over how a painting turns out since the shapes themselves are often predetermined.
Your art seems to pull inspiration from artists such as Matisse, what kind of inspiration influences the art you make?
I draw inspiration from artists such as Hilma af Klint, Matisse, Sherrie Levine, Loie Hollowell, and Helen Frankenthaler. French semiotician Roland Barthes is a huge inspiration to me, especially his essay, Death of the Author. His argument that the meaning of a work (an artwork, text, image) isn’t determined by the creator but by the viewers’ interpretation is something that excites me. I love the idea that an artwork’s meaning is created through its interaction with an audience. I create paintings that emphasise the use of icons and symbols because they represent a multitude of meanings. By making them a focal point of my paintings, the works can actively generate meaning with each viewer.
Tell us about your exhibition that run recently up until 12th December linked to Espressoh, the beauty brand, what is that like?
The exhibition was refreshingly unique and wasn’t like any show I’ve participated in before. It's empowering to connect and share my work with people through this collaboration with Espressoh since they are a brand that is radically open to ideas of unconventional beauty and non-conforming gender. With this exhibition project, Espressoh generously offers an art experience to both those familiar with viewing art and those who maybe don’t have a lot of exposure to it. 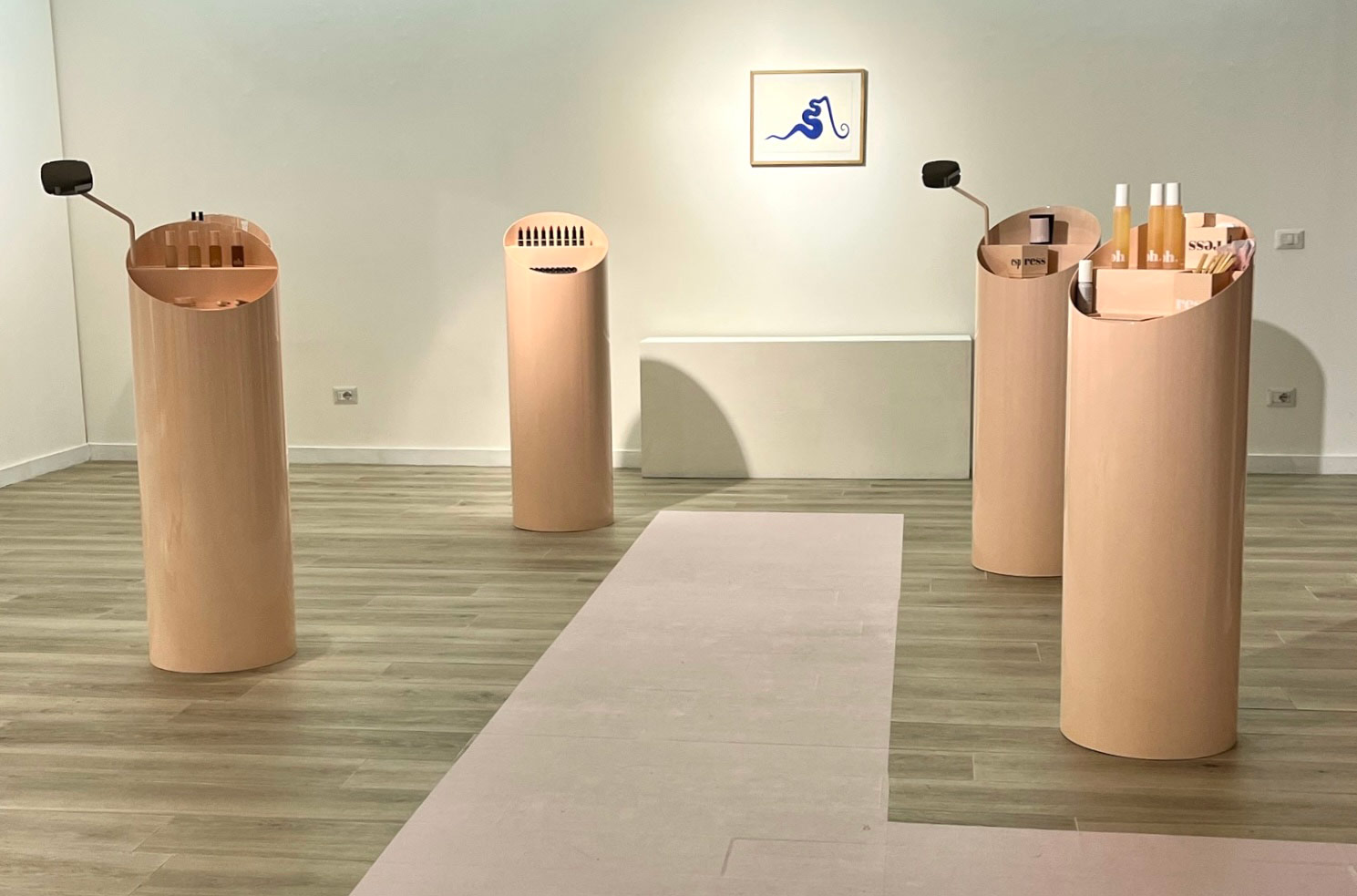 How does this project reflect the relationship between beauty and art?
Both Espressoh and I see beauty as more comprehensive than the ideal standards of the past, as something stereotypically gendered. I was excited to create paintings and products that reflect ideas of gender as something fluid and dynamic, not static or easy to define.
When art is in an exhibition it is perceived by many, how do you feel about others perceiving your art? Is there anything you wish they could know before they perceive it?
More important to me than anyone liking the work for aesthetic reasons, my biggest wish is for the work to inspire the viewer to ask more questions. I hope that the works generate dialogue about gender, self and one’s relationship to the spaces they occupy. I hope the works allow the viewer to think about the undefined and unexplored territories.
What can fans of your work hope to look forward to in the near future regarding your art?
I’m working on a new collection of paintings that I will be showing in a duo exhibition in May, 2022 in San Francisco at Glass Rice Gallery. 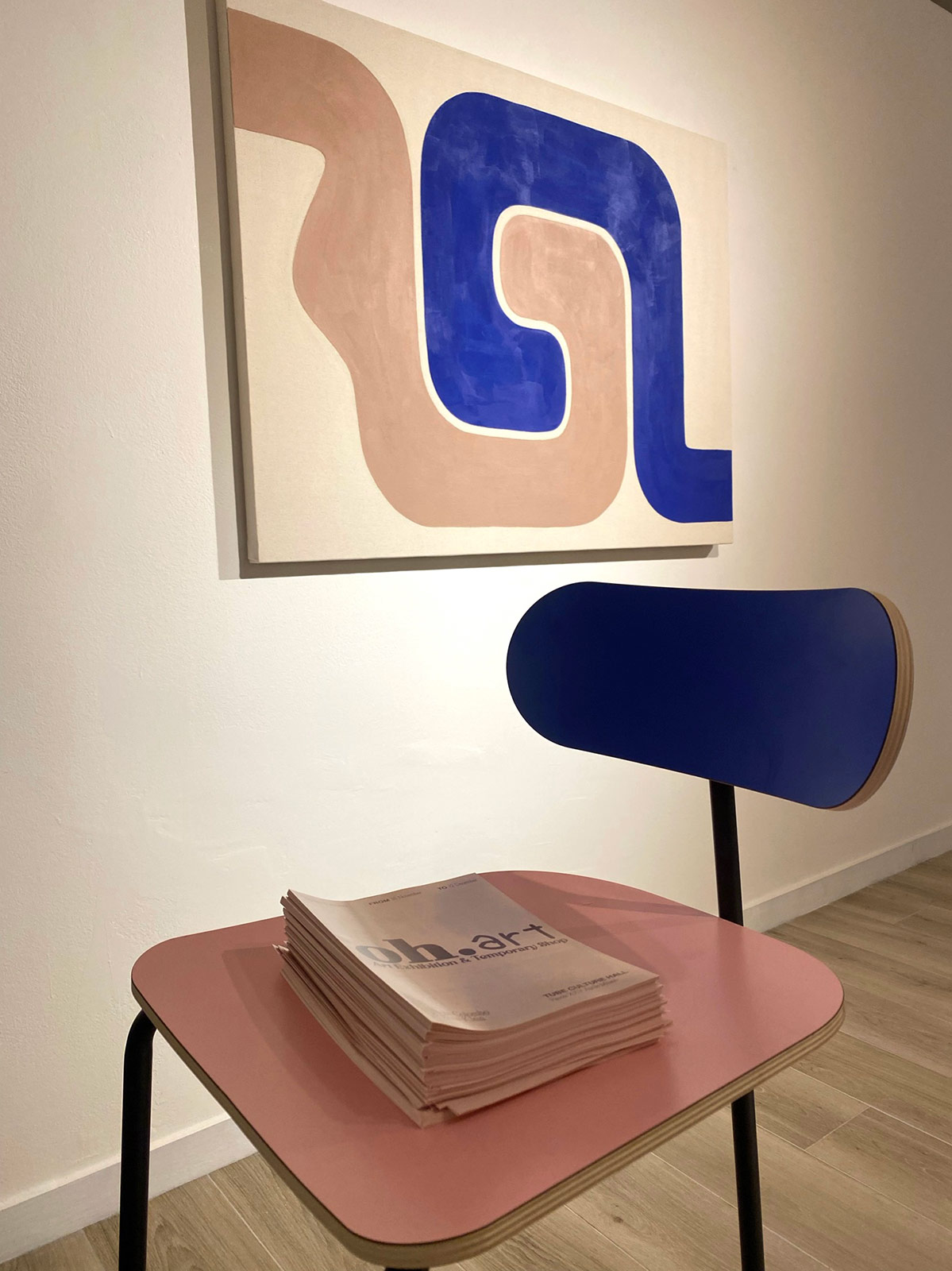 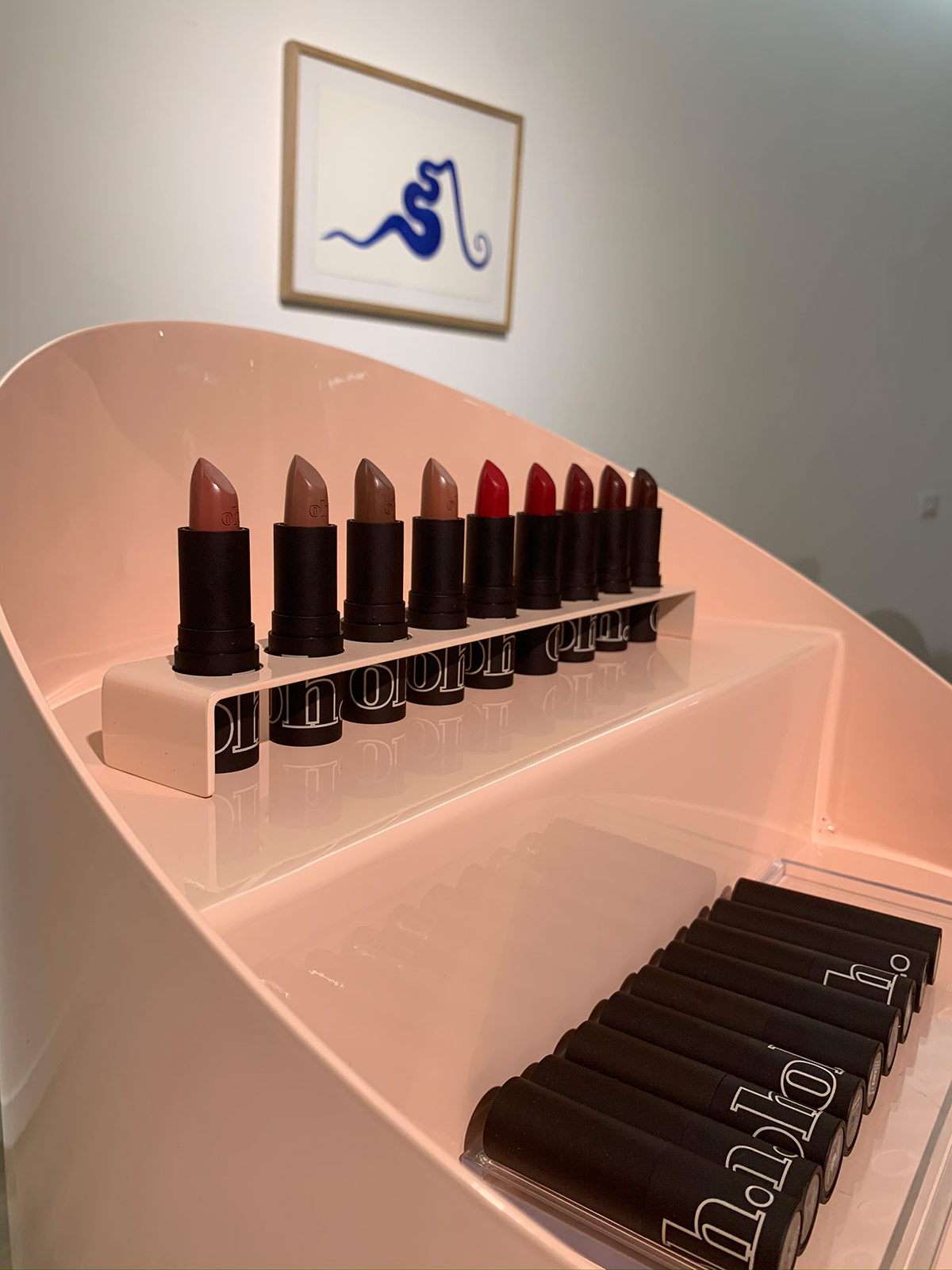 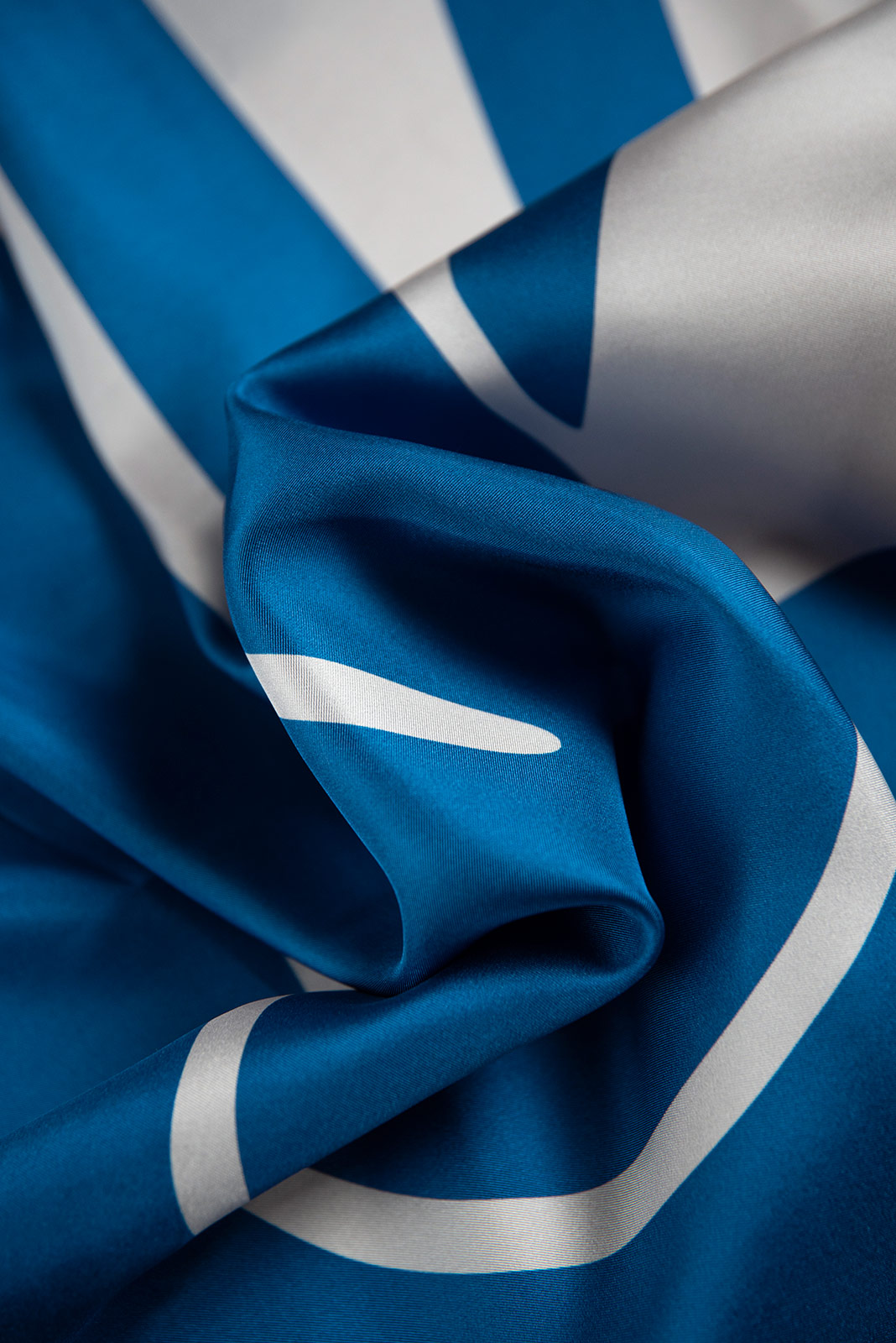 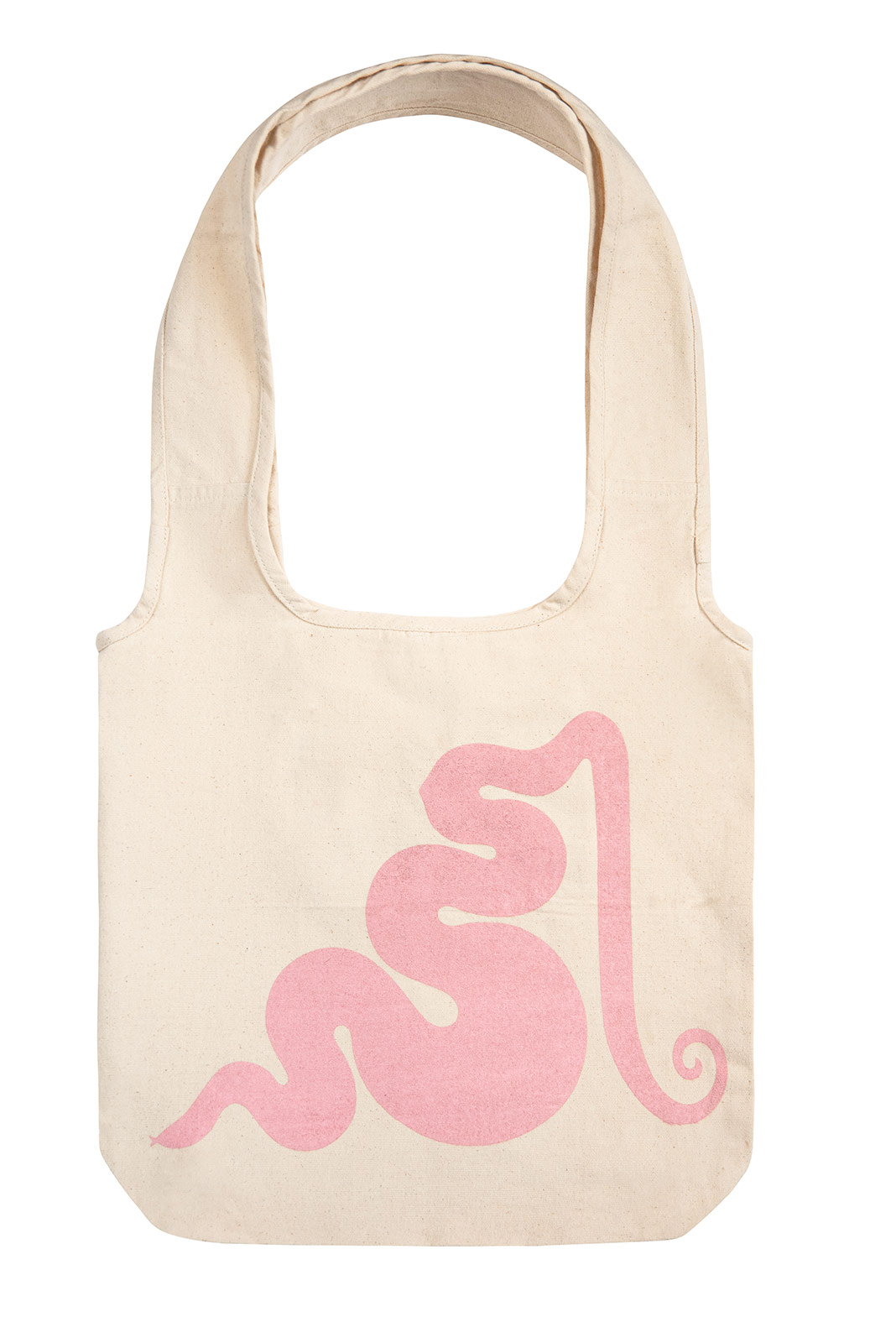 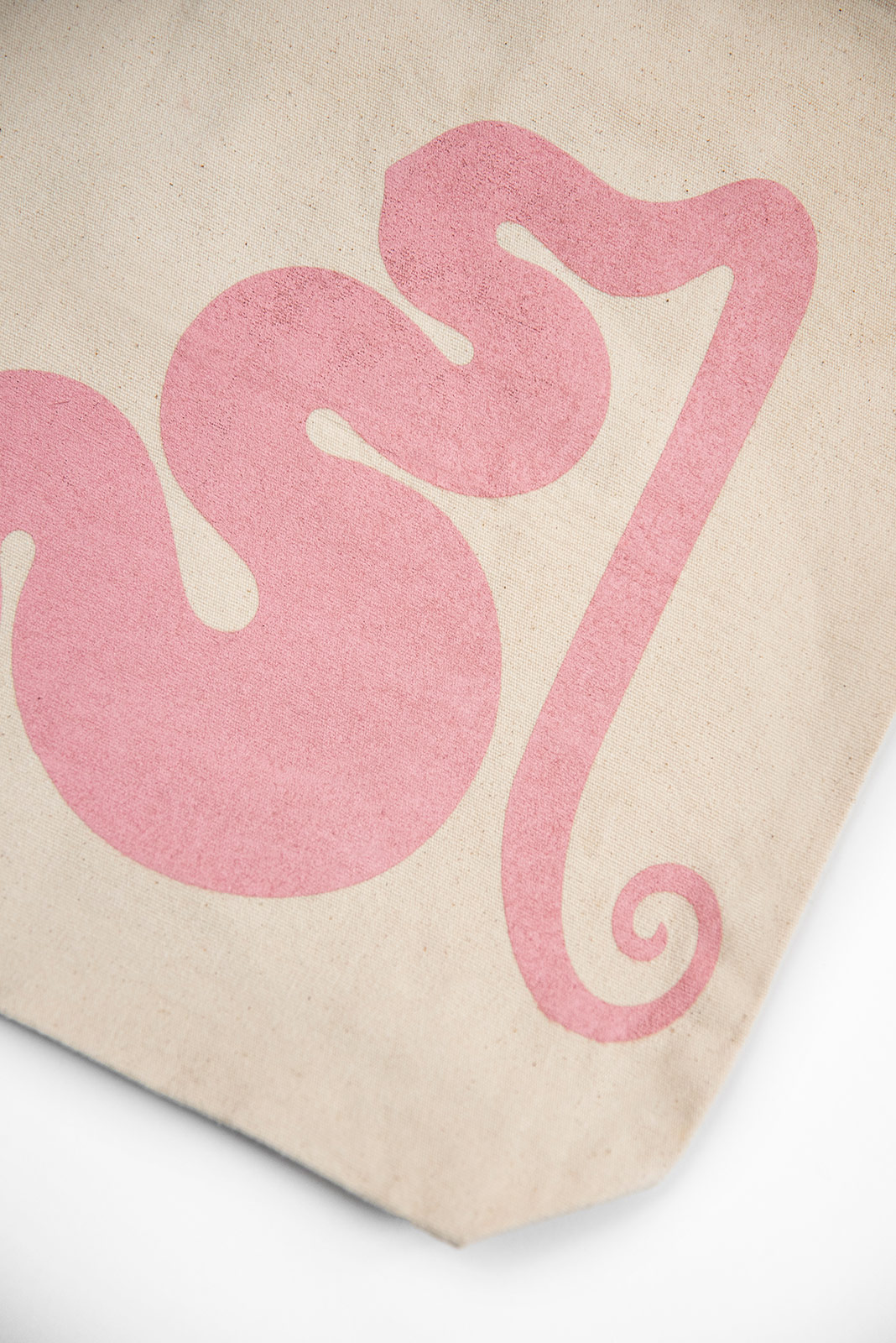 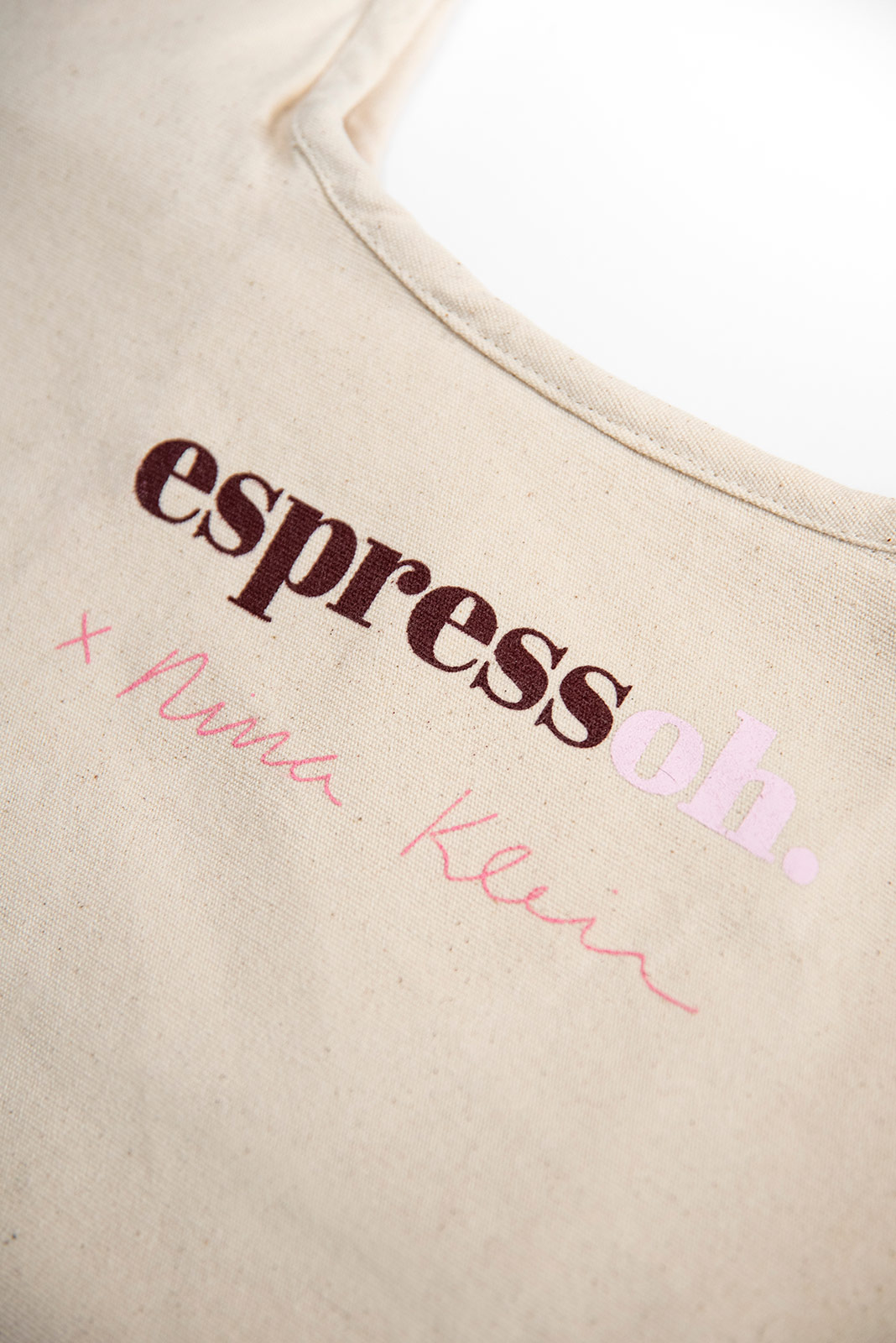 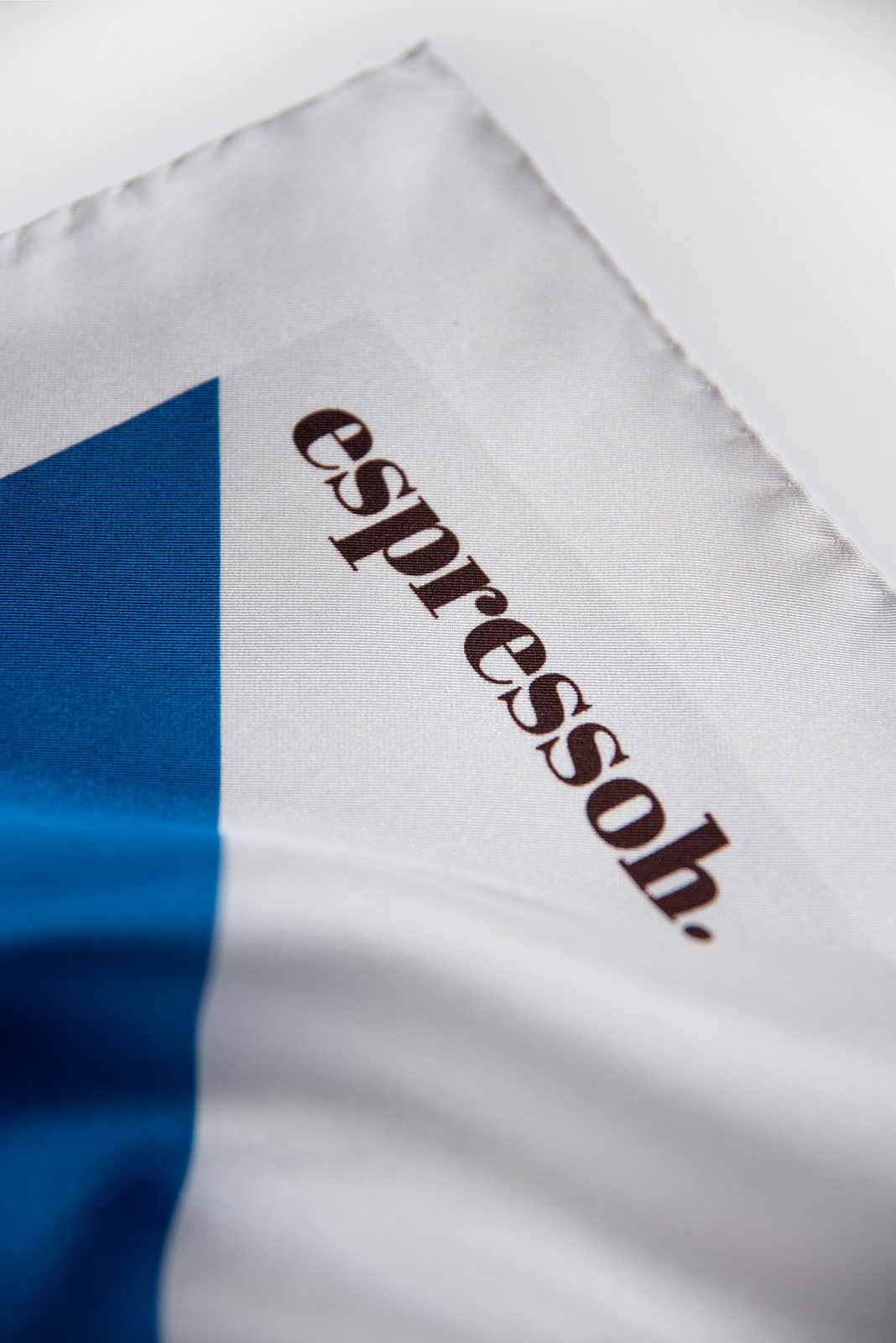 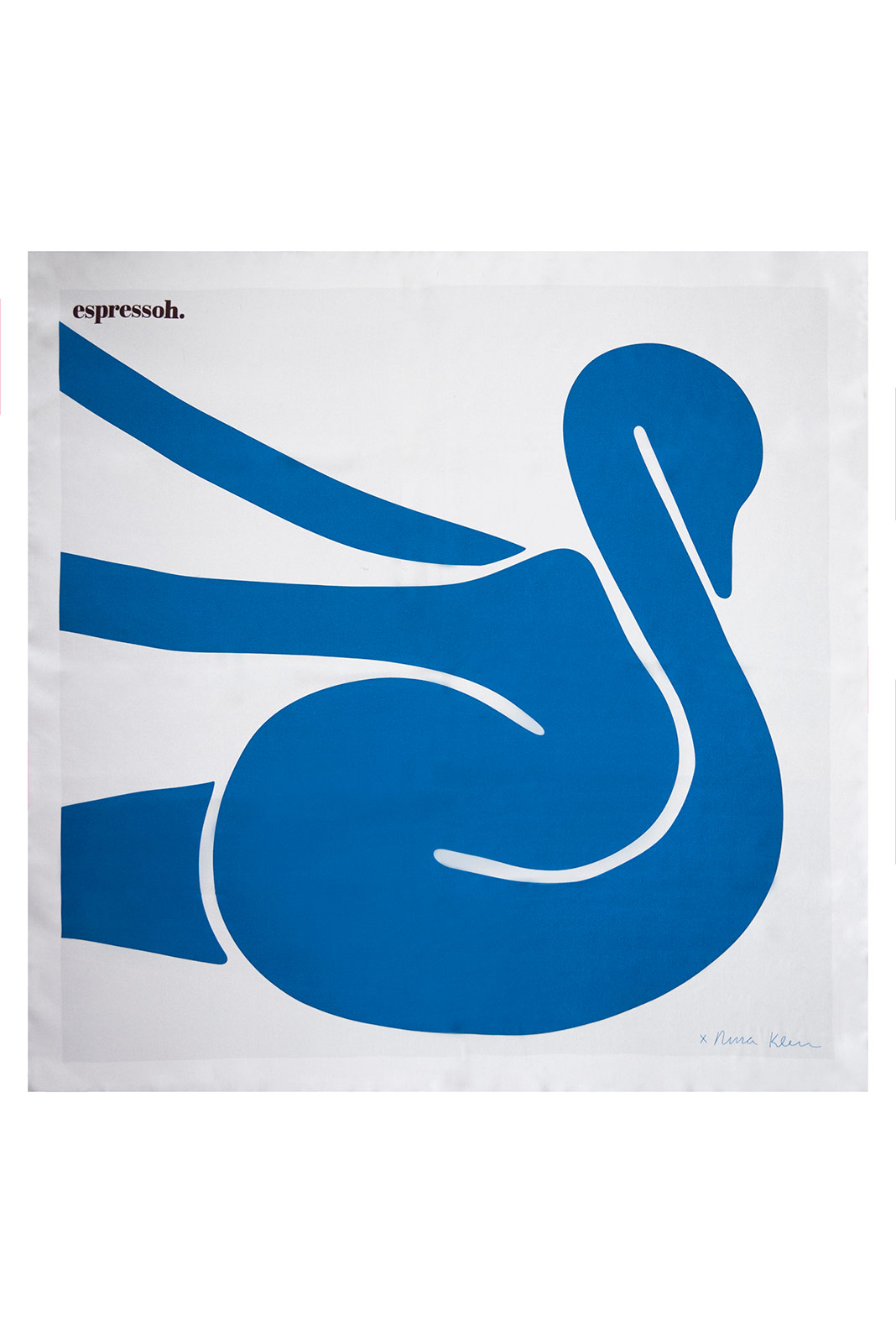