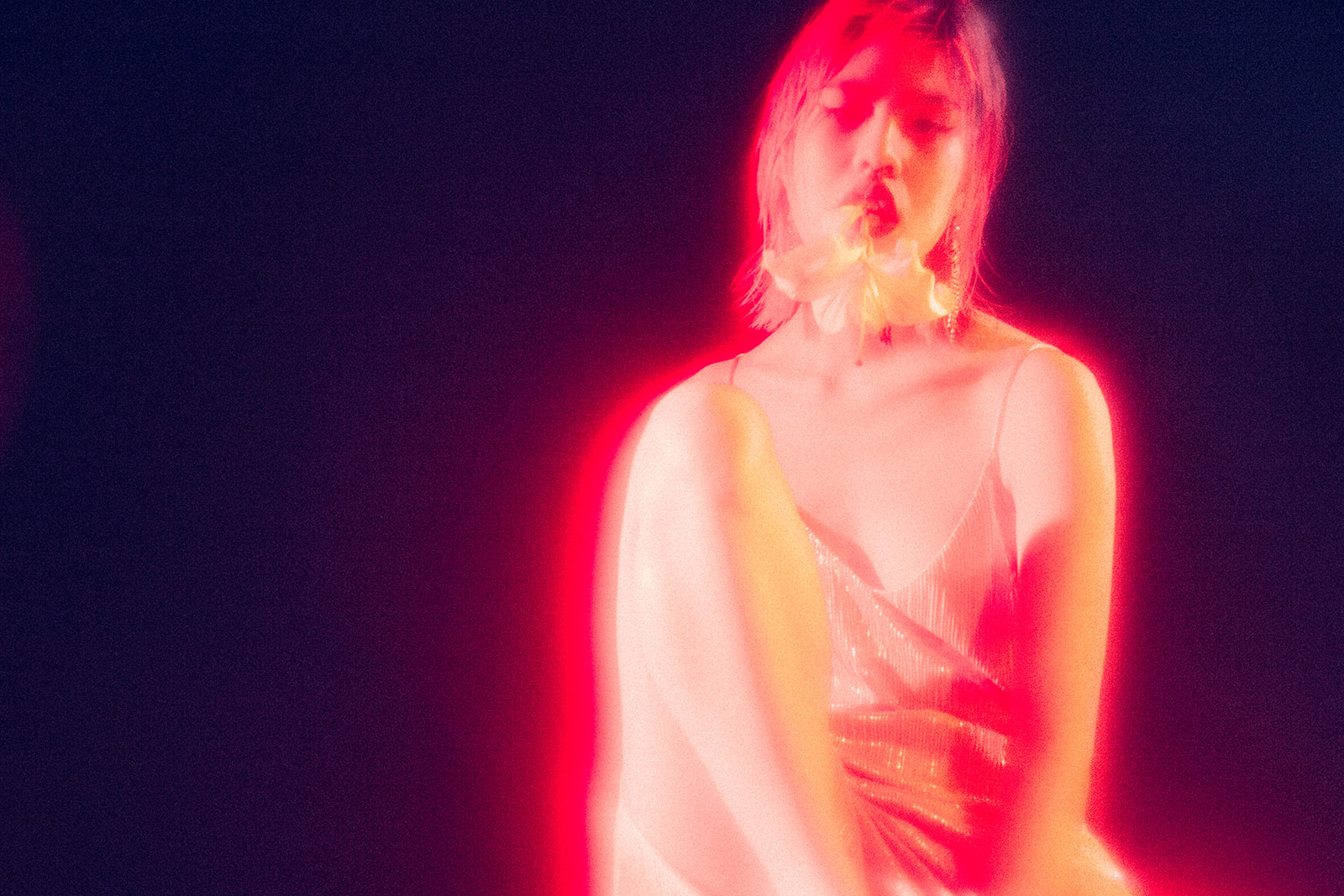 Influenced by the Asian culture and moved by the archetypical non-conformist perception of art in Europe, Nicole Ngai found herself portraying a generation that desires to explore more. Questioning beauty with through the innocence of the beginnings, this young artist arrived in London to challenge her medium of expression –photography. We discussed her personal journey, where inspiration comes from the characters she is surrounded by.
How do you perceive beauty from a personal angle?
I'm not really into conventional good looks when looking for subjects for my photos. I am attracted to people with character, intelligence and a dash of anti-establishment attitude.
What are you searching to express through photography?
Honestly, I am still on the path of figuring it out. As I go along I start to feel that I want to share my own personal portrayal of the world. 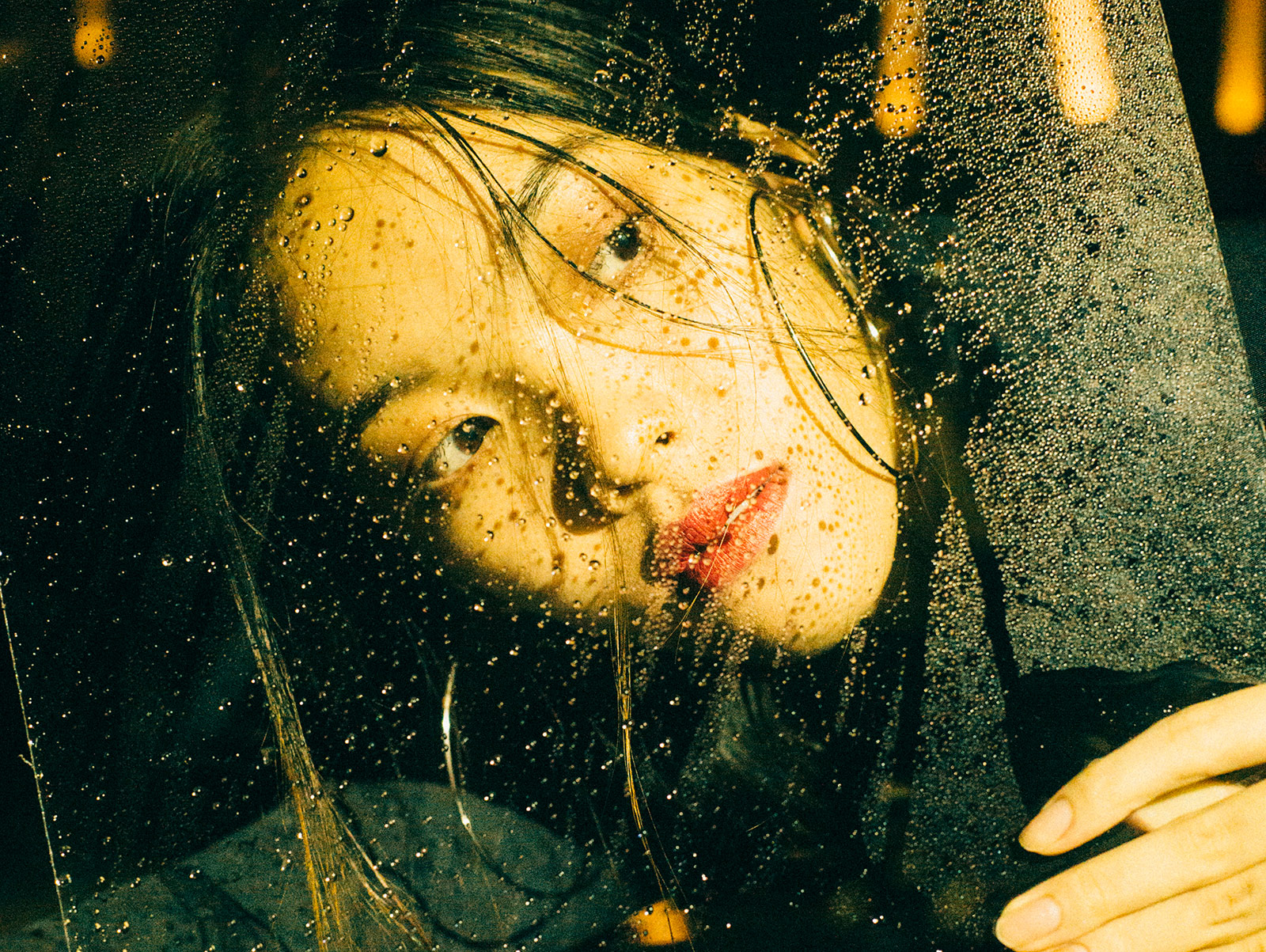 As someone who appreciates photography, what fascinates you the most in someone else's art?
I am drawn to imagery with dark, moody, unsettling undertones. It takes skill to achieve that sort of subtle nuance.
Who are the artists based outside of your own medium of expression that are source of influence in your work?
I'm really interested in painting. I love Francis Bacon and Egon Schiele. If I wasn't a photographer I would probably be a painter.
Have you experienced any evolution when it comes to seeing those special sparks in the characters you take pictures of?
My perspective of the definition of a model has definetely widened. Nowadays I usually street cast or use my friends, I feel it makes my work more personal.
From Singapore to London, what impact have both cities had on your work so far?
I grew up in Singapore, where the culture tends towards following the status quo. They get appalled by anything slightly strange, I had to deal with that for twenty years. The creative scene in Singapore is very commercial and results based, there is almost no room for self-expression. Due to living in such a stifling atmosphere, I believe I grew to be unconsciously attracted to whatever's out of the norm, which was how I developed my sensibility – it blew my teenage mind when I discovered what was happening creatively in London. So even when I was in Asia, I was referencing what was happening in Europe. Now I am based in London and I think it's advantageous that I have the chance to experience both cultures and draw from such a wide pool of influences. 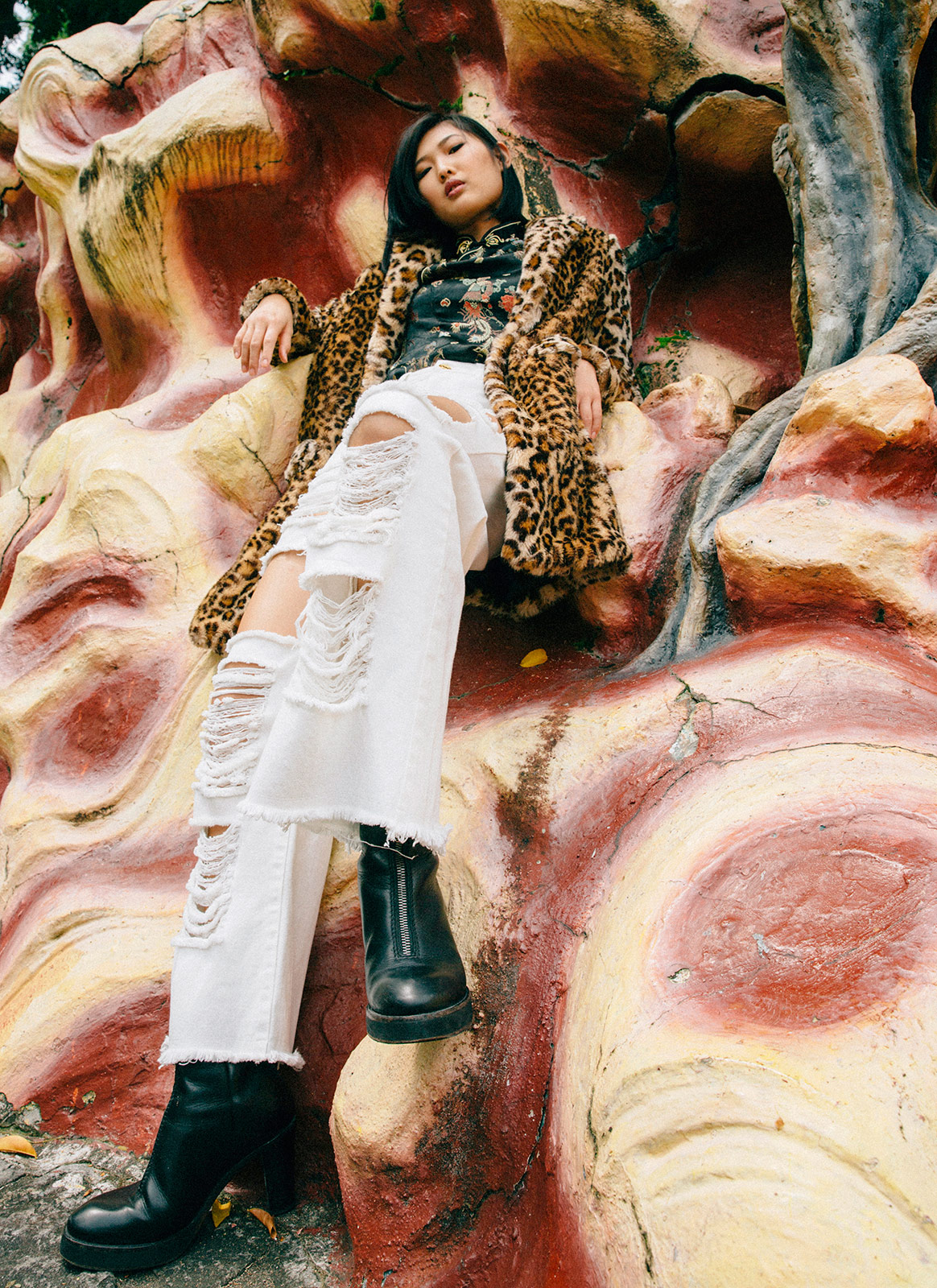 How is the Asian culture source of guidance when approaching photography?
Up until recently I've never travelled out of Asia, so my is photography is a natural product of my surroundings. Besides Singapore, I travel to Hong Kong and Japan quite frequently and have done some photographs there as well. Nobuyoshi Araki and Wong Kar Wai are major influences in my work. I enjoy shooting Asian models and cities because I feel more of a sense of connection. Also, my country has a reputation of not showing support for local creatives, so by working with local talent I'd like to prove them wrong.
The assess when it comes to beauty is expressed differently in both cultures. Did you have this in mind when portraying individuals?
In my case, I don't bother too much about beauty standards, I am more interested in the individuals themselves.
Your fashion sensibility contains a certain delicacy. What is your relationship with fashion as a means of empowering the subject of a picture?
I first entered fashion school with the intention of becoming a stylist and later switched to photography, so I have an extensive fashion background that I make use of in my photography. I usually style or have a hand on styling with most of my photos, so there's always a reflection of my personal style.
Where would you go towards to now in terms of developing new contents?
I believe multiculturalism is an increasing trend in the youth of today, with many people with diverse cultural backgrounds and with the chance to explore multiple cities. I myself technically own two passports. I spoke about being influenced from both Asia, where I grew up, and Europe, where I live now. I would like to explore merging both sensibilities together to form a unique narrative. 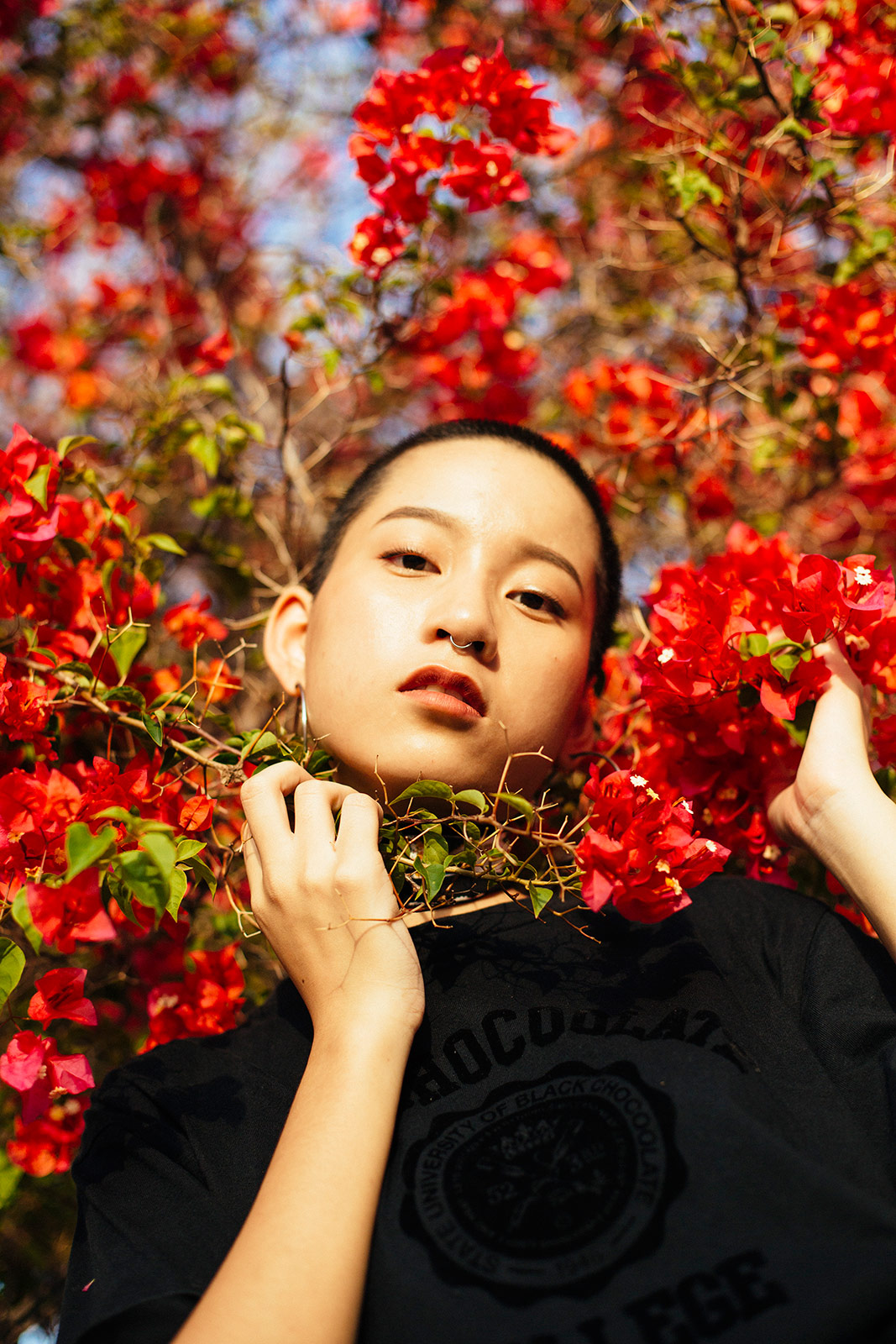 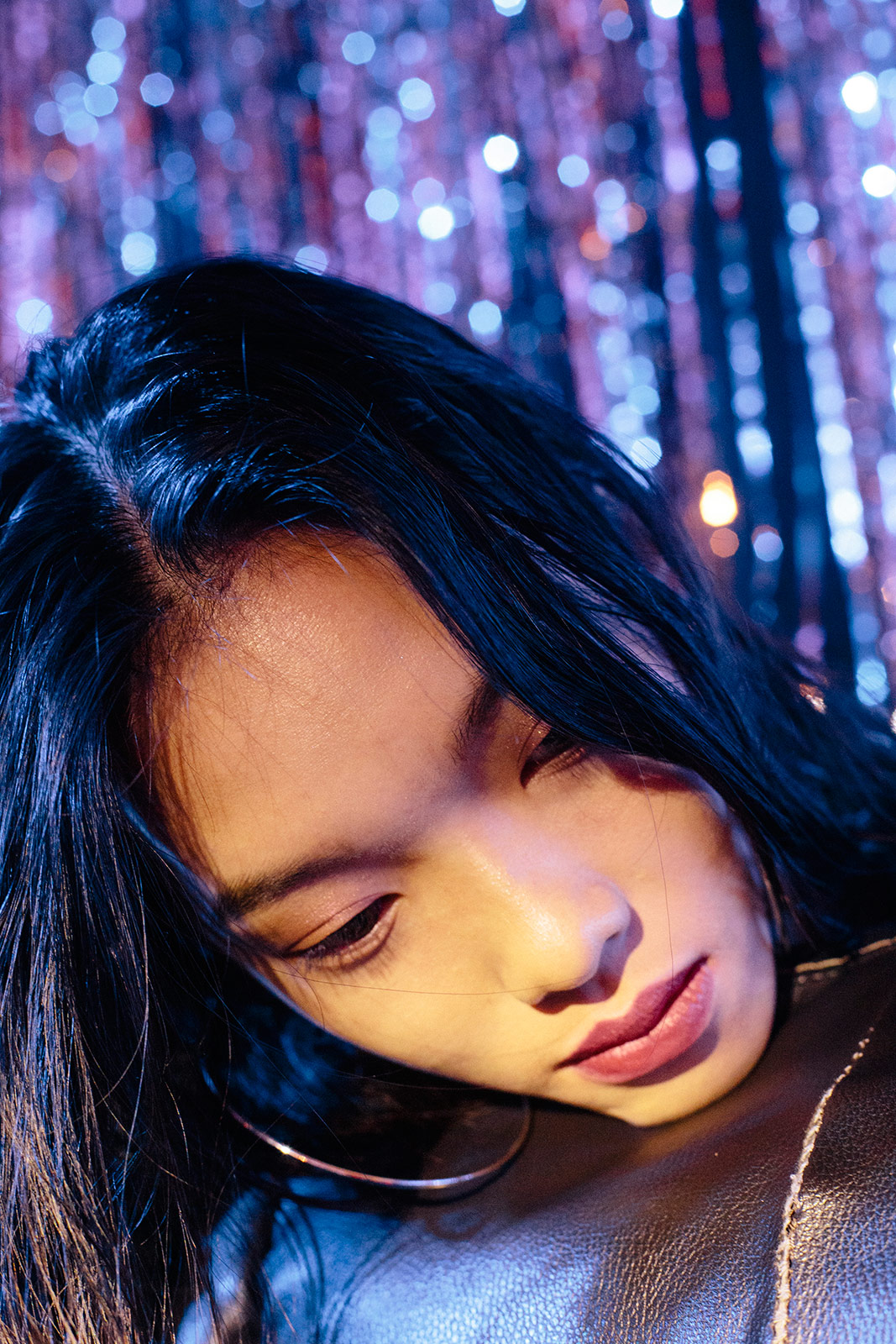 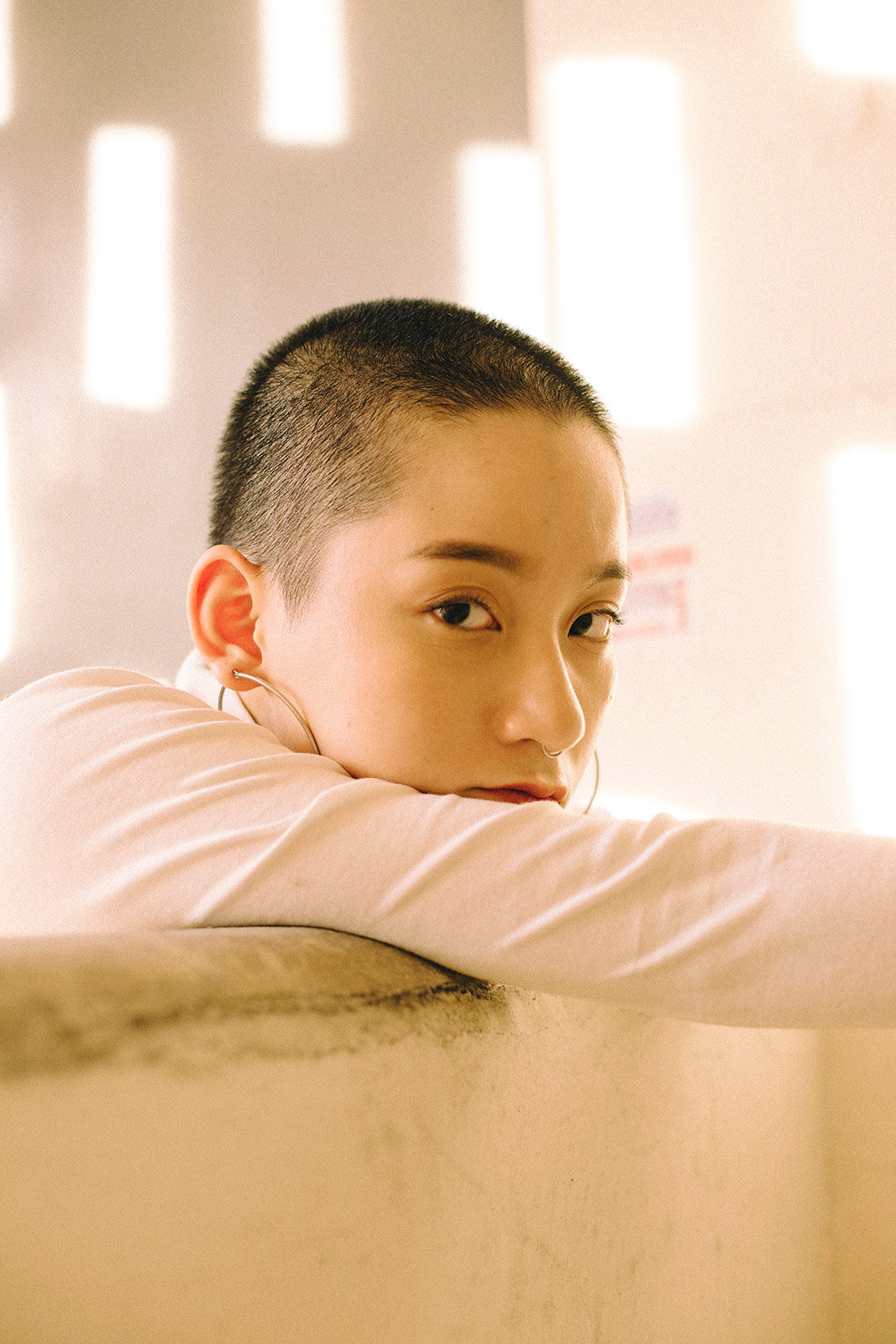 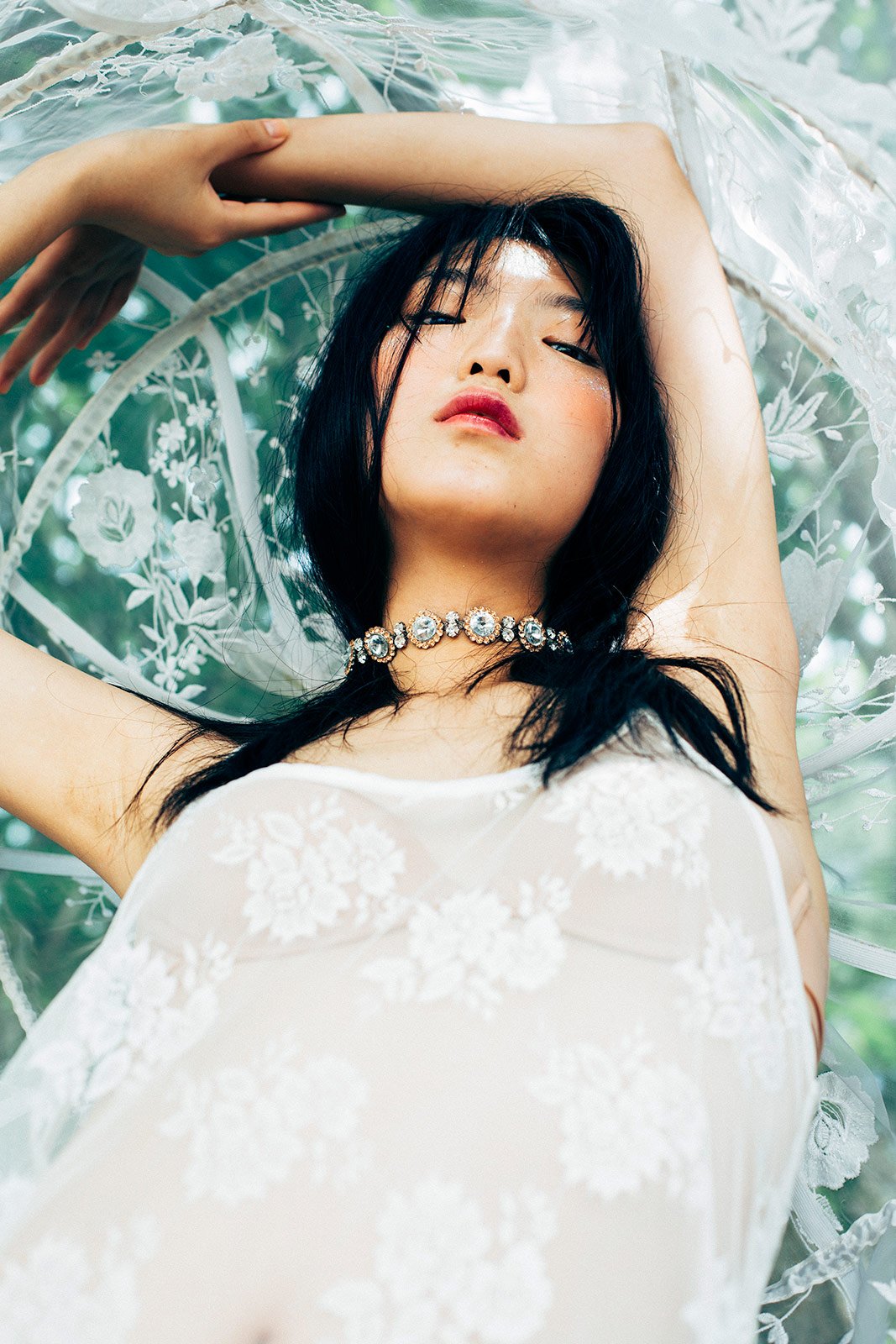 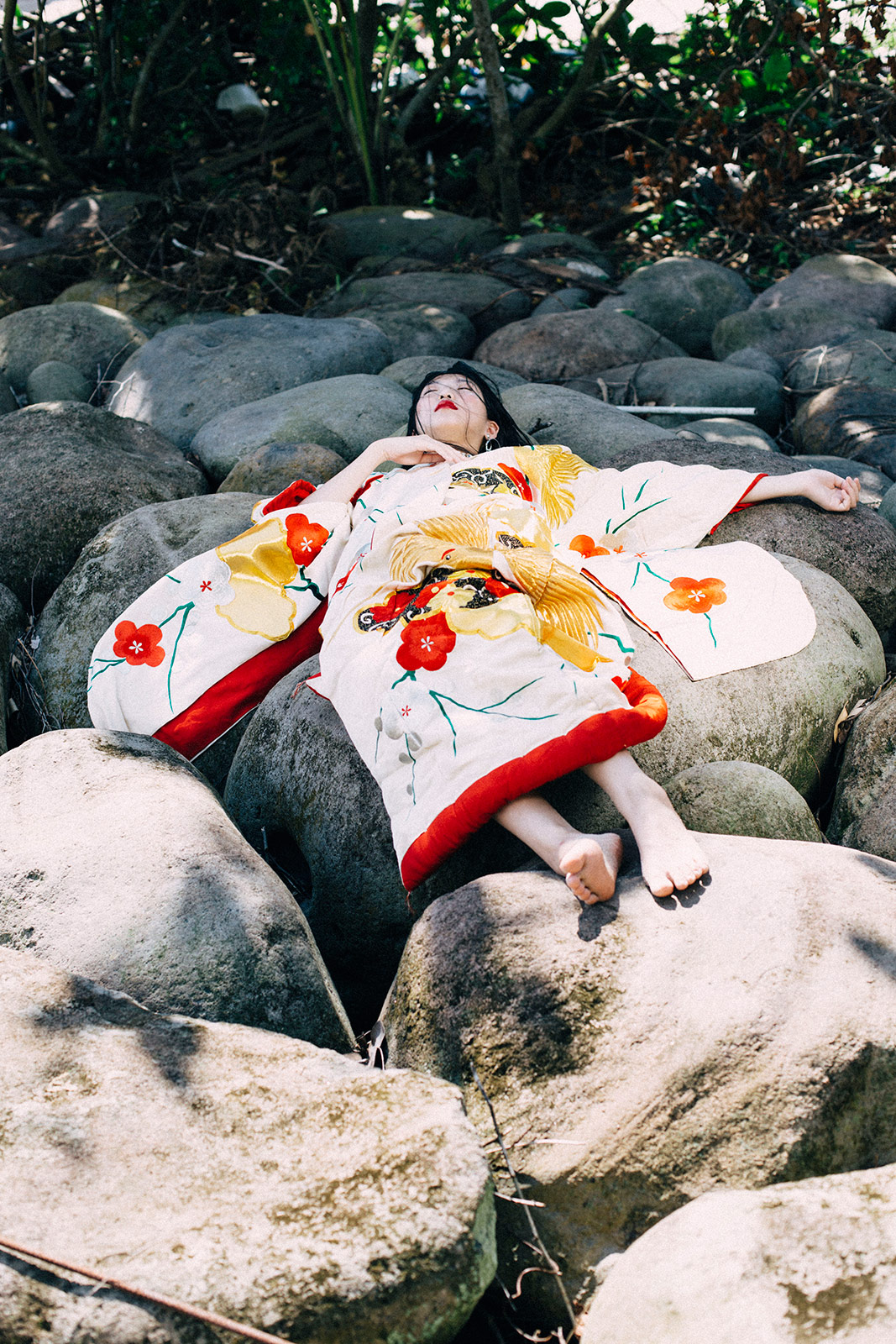 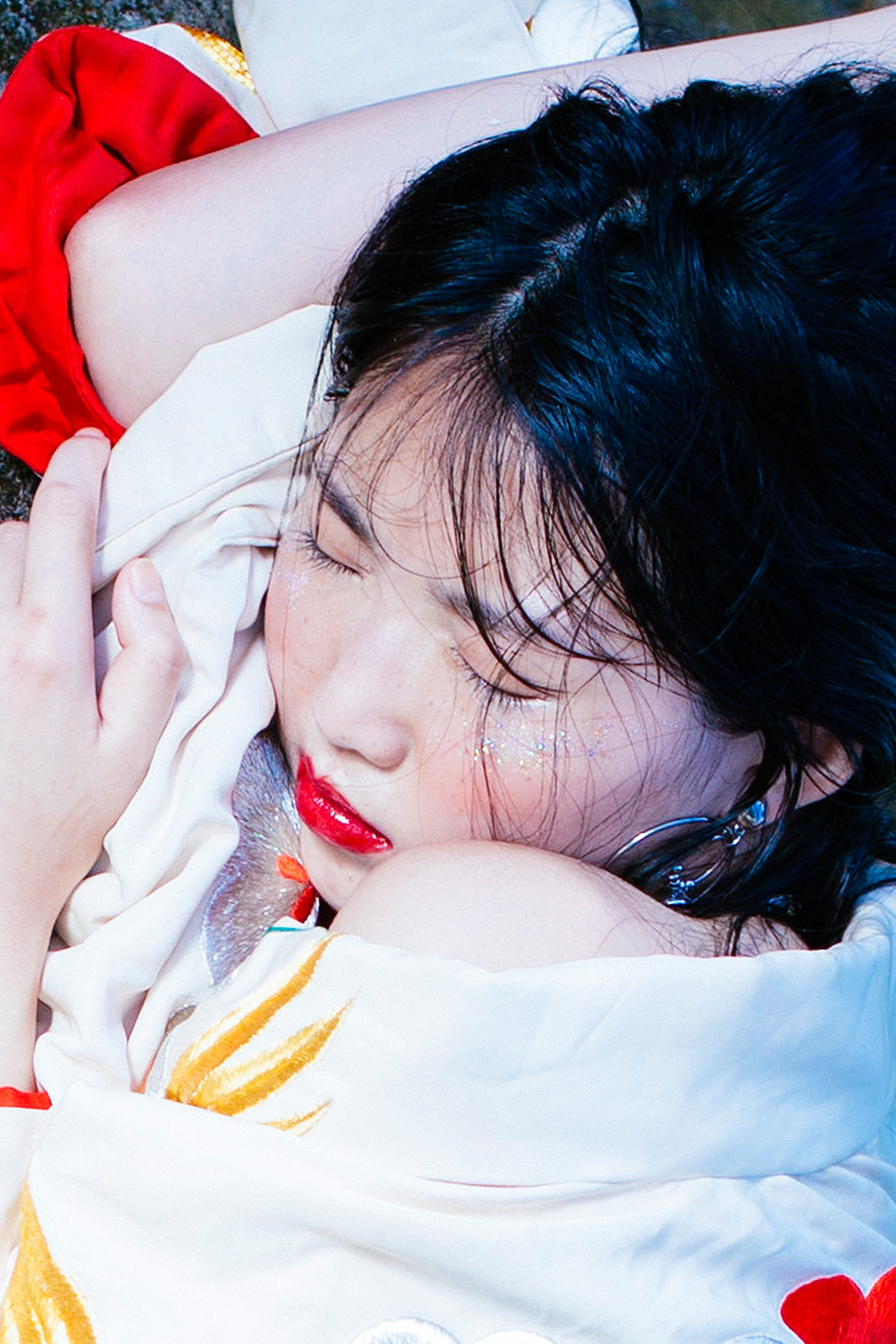 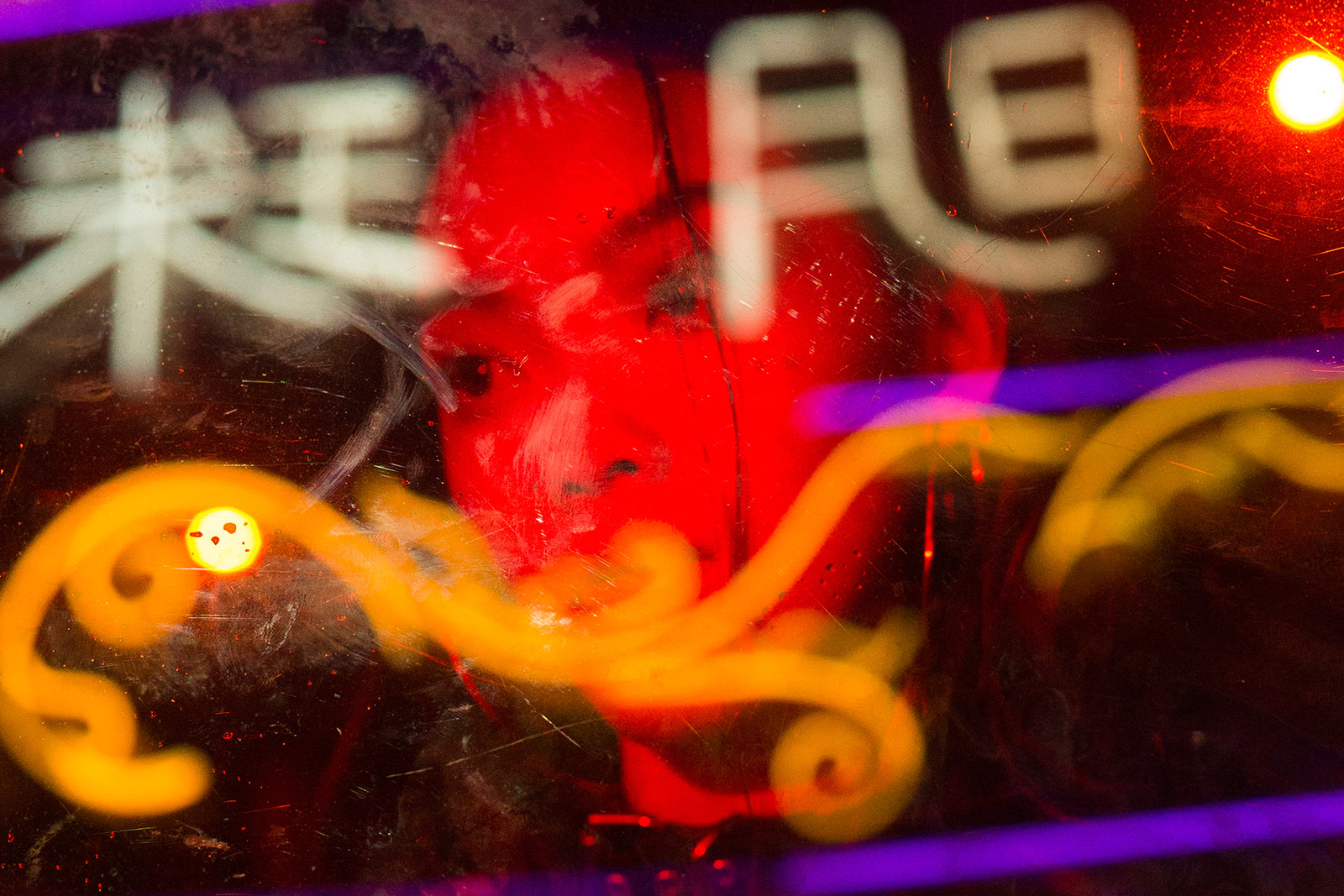