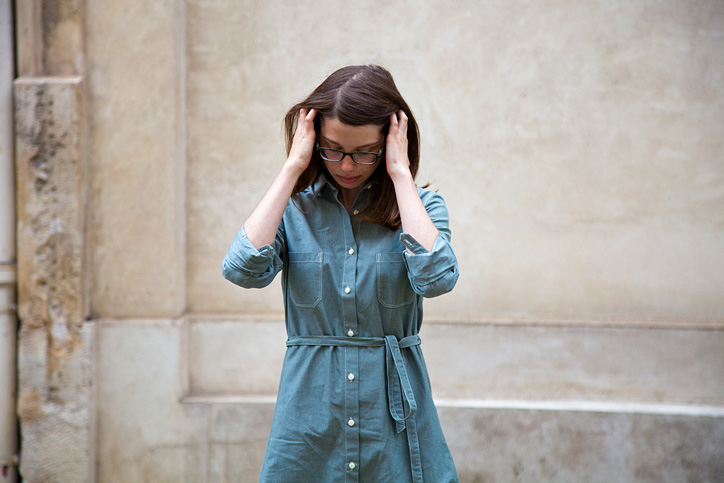 Sometimes, you have those discussions on how cool some things, actions, ideas, whatever are. But some rare other times, you encounter someone and get into a deeper talk. This is what happened with the Israeli photographer Neta Dror. Raised in Jerusalem and living in Paris, her work is mostly artistic, but supple enough to go back and forth between commercial and artistic statements. Deeply influenced by her origins and, of course affected by the latest events occurring in the area where she was born, Neta took us to her subtle and intelligent visual world.

How did you come to photography?

My first camera was given to me by my father's best friend when I was fifteen. I was always doing photography, but I never thought about it as something other than a hobby. When I went to University, I first studied philosophy. But my campus was very close to the the art school, so for years I went to their exhibitions, without really thinking I would do this kind of things too someday. So one day I just realized it was an option, that people were actually doing that for real and on a very good level. It was easy to switch, so I did. I applied and I never looked back because I discovered this amazing medium, photography trough another lens.
I couldn't have involved myself in writing. I'm not a good writer. Visual expression has always been easier for me. So we can say that I started as a teenager but it was only around my twenties that I began to think that it could be a real thing to do in my life.

How do you link your artistic and commercial works?

I studied fine arts photography. What I mainly do is not commercial at all, the conversation is with the art world. However, I was approached in the last few years by some people who liked my work and wanted me to do fashion photography. I'm not a fashion photographer. But I like the mix. Most photo disciplines have been mixed up, so now we are free to do whatever we want. Fashion is not my main subject, but I enjoy doing it. I always tell my clients the images are going to be very raw, no flash, no studio. I have this little joke when I say it is not going to be about the clothes, but more about the spirit. This way of doing things come from my own projects.

What are the projects you developed during the past few years about?

They are all dealing with the body, usually the female body: the first one, (This is not) a love song, was made in 2011 and was about the relation between body and nature. Then Smiles, realized between 2012 and 2013 was about disappearance, photographs were being processed and printed, and then half destroyed and manipulated by chemicals.

What about your undergoing projects?

The third project I'm working on right now is called Tzniouness, I made up this term from the word "tznius", which means modesty in Yiddish. This is a common word to describe a woman’s way of dressing among Jewish orthodox people. The project is about the female body in relation with religion, dealing with those questions of the hiding of the female body. It's not me eliminating it literally, but talking about how society is eliminating the female body from its environment. It's about transforming it into this bizarre phenomenon, when women are away from the public space. I take elements from Islam and from Judaism, but it is a conversation that concerns most civilizations: these considerations on female body also relate to the fashion world as well. I've got it all in my mind. The question of hiding or not hiding the female body has something to do with the representation of sexuality. Most of the time women in my pictures are quite sexual, but I always try to find something less perfect, less pretty than the classical occidental representations of glamour and stars.

Has this view on religion and women been influenced by your native country and its culture?

Yes. I'm deeply influenced by the environment i grew up in, Jerusalem, a very religious city with many tensions and conflicts. Jerusalem is so deeply focused on religion and the place religion has in people’s lives…From very early on I was too focused on that. Maybe that is why I studied philosophy; I was very involved in religion, fascinated by the religious mindset - why is a person religious?
As a child, I could walk twenty minutes and enter an Orthodox neighborhood were I would have to cover up completely in order to walk in the street. Most kids normally don't care about these things, but I found these differences very interesting: they were so different! I used to try to talk with girls my age, I would even disguise myself to approach them… I was really obsessed, in an anthropological way, with the religions around me. I think I did that because even though I’m a non practicing jew, I still have a strong connection to the religious background of my people. Most Jewish Israelis are secular but their Israeli culture is built upon a religious history. For instance, I’m secular, but my mother language, Hebrew, is historic and religious – it has been the language used by Jewish people for generations; so no matter if I want it or not, I'm in a constant conversation with the religious context of Israel. I think this idea is going to make my work evolve soon. First I focused on body, but now the two things are connected: body and mind.
Religion and body are two things I've always been interested in. As I said, I'm influenced by where I grew up. Part of my family is very religious, part is moderate religious, and the rest are completely secular. I grew up in a very religious city, so even though I was completely secular, I was always aware of how my body is being seen by others around me – like the length of your skirt. You internalize the idea of your body as a woman very early, as a child, as a teenager. So when I moved to photography those feelings were already there, along with an inclination towards criticism.

My work is half criticism half fascination. It is very interesting because there is some kind of scale, on the one extreme are the glamour magazine-like secular westernized women problems: body image and representation directly applied to identity… And those magazines are written by women by the way. On the other extreme are those little girls growing from day one believing that their body can cause great damage, something with a lot of power that they have to hide, and this idea is given to them by their own mothers, grandmothers…
Both sides of the scale are giving women an erroneous conception of what their body is. I know the two extremes and I think this phenomenon is fascinating, because for the first women the image of a covered woman symbolizes oppression or torture, but the other women look at the western woman thinking that she is a sinner because she is letting her body to be seen as an object. Of course both sides are in fact an object, but they are being used in different ways in their societies.

I have this other joke with clients, it is that in my pictures you rarely see the faces of the models. It is because I don't care about a precise woman, about who she is; it is just not about her. It is about her as a representation, not her as an identity. I'm more focused on her body or on elements I can play with, rather than her face. When I was in college I would take photos of female friends I had and they would all complain once they saw the photos because I had cropped their heads off the images.

How do you take your pictures?

My pictures are always staged because it always takes me a while to get the image I want. I'm not a photojournalist nor a street photographer. For me, documentary is the most difficult approach, because even if the pictures deliver a statement about the world, in the end they are often just a one-sided view of the situation. So I stopped being interested in that kind of photography very early on.
I think that nowadays, with people being exposed to photography from all directions, a well-realized staged picture, with guts and anintention -which is very difficult to get!- probably has a stronger effect than a war picture.

Who are your masters, those people you really admire?

There are some voices coming from the Muslim world I'm very fascinated with, because it is hard for them to do that. They are women photographers who are following the steps of Shirin Neshat’s Iranian photography, such as Newsha Tavakolian or Lalla Assia Essaydi. I really admire them, for their work, but mostly for their courage. For me it is easy, in my country I can say whatever i want about religion without being punished. A Muslim woman criticizing the place of women in their society is a lot more difficult. So I admire those women, because of their strength, but also because I feel I'm in a dialogue with them. I'm a Jewish woman from Jerusalem but I feel very close to their work.

What would yo like to explore in a close future?

I think I'll start making videos eventually. It is another thing I want to explore. I'm not afraid of moving images, and I prefer to try everything than get stuck in my own world. For example, I did the “Smile” series because I was frustrated of the limitations of photography as a medium, and I wanted to mix different mediums. I decided to make my photos burn with chemicals so they cannot be duplicated, make one-ofs, It is important to try different things.

You seem to work with a challenging kind of energy...

My biggest challenge is that I'm always under my own criticism and I always feel like I'm not doing enough, I want my images to be stronger and more challenging to people. Right now, especially with the Tzniouness series, people get confused, ask many questions… This is a good thing, people asking questions, being a bit confused. But I want to hit them more directly, right in the face! This is quite difficult to achieve because I don't want to fall into cliches. The gap between making a statement and making a cliché is very small. I'm not interested in shocking people with clichés. This is a big challenge. But yes this is what I want: challenges.

This is a nice word to conclude!

No. At the end of the day, if I had to say a very last sentence, it would be this one: I think the best way to fight conflicts is with talent. Anything from music, to films, to cartoons… Everything! Once a person sees something that is not politically related and enjoys it, and then discovers the person who made it is from a group of people he is not supposed to like… It changes everything. It may be the only solution. If I could contribute just a bit to this kind of dialogue I would be very happy. I really believe in that power. 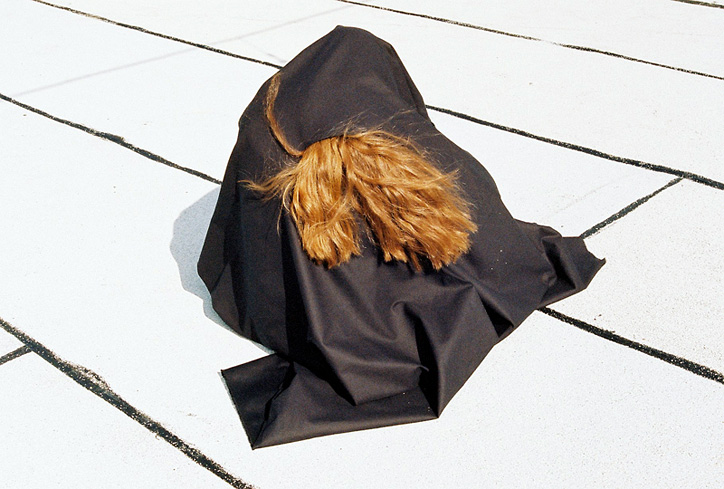 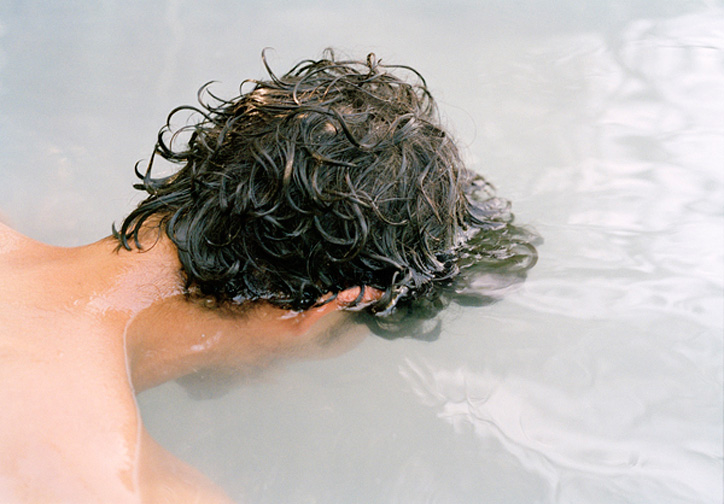 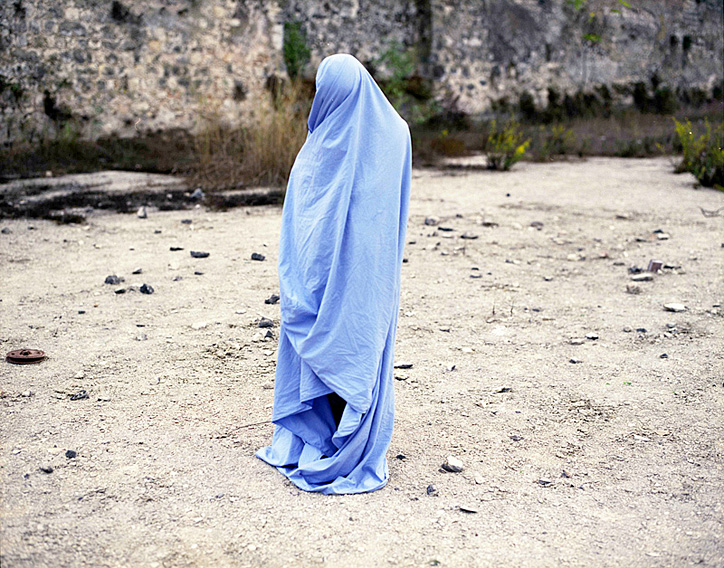 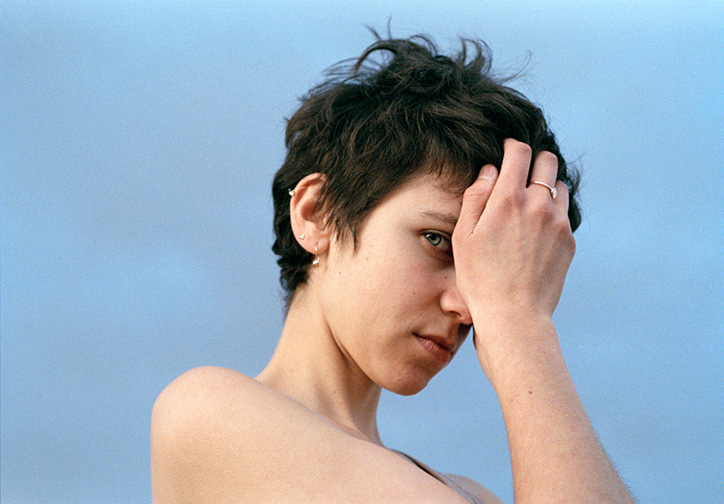 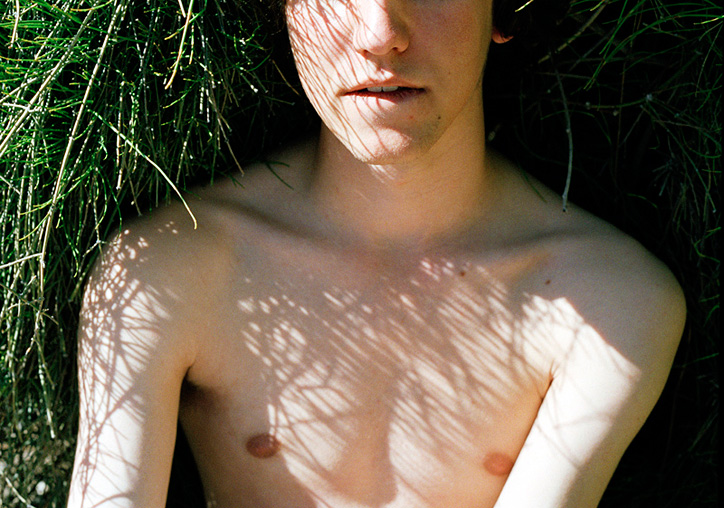 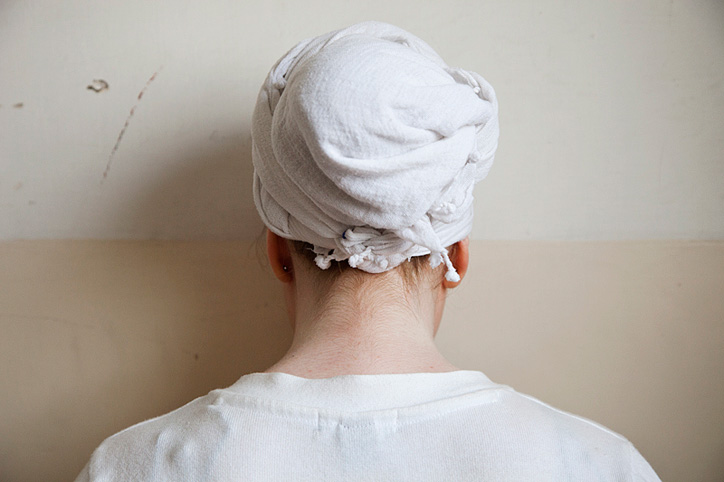 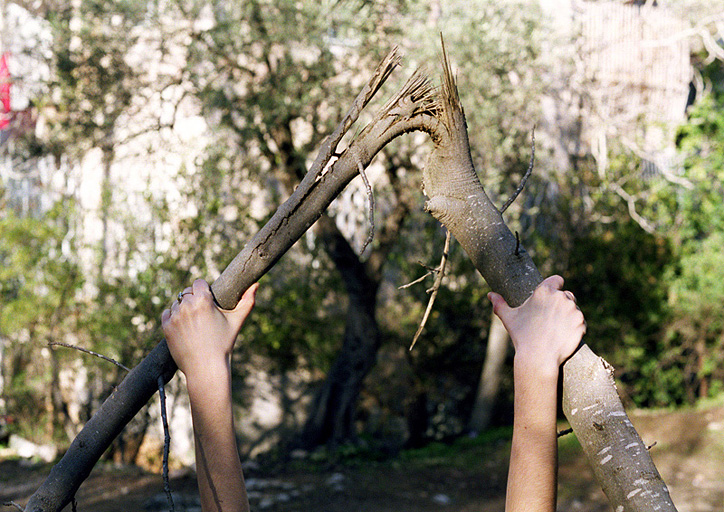 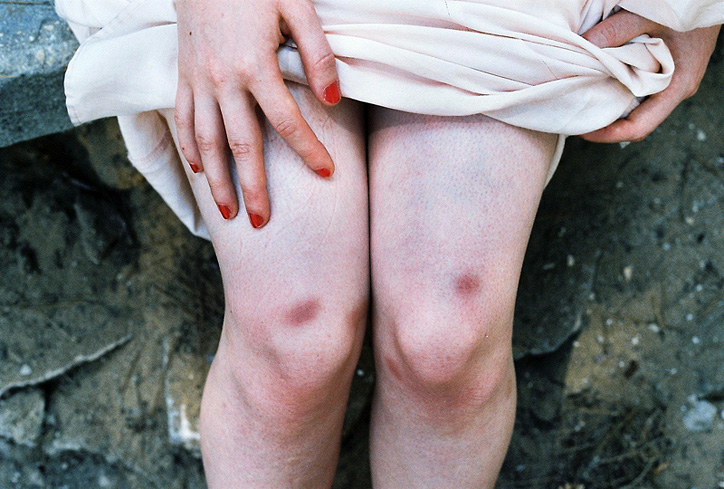 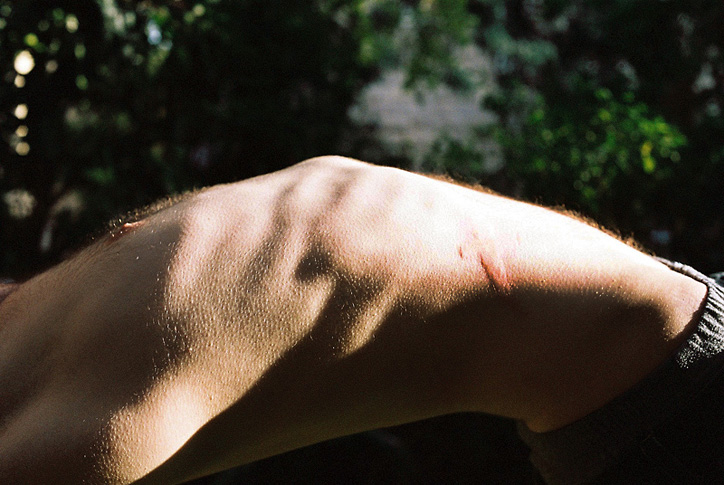 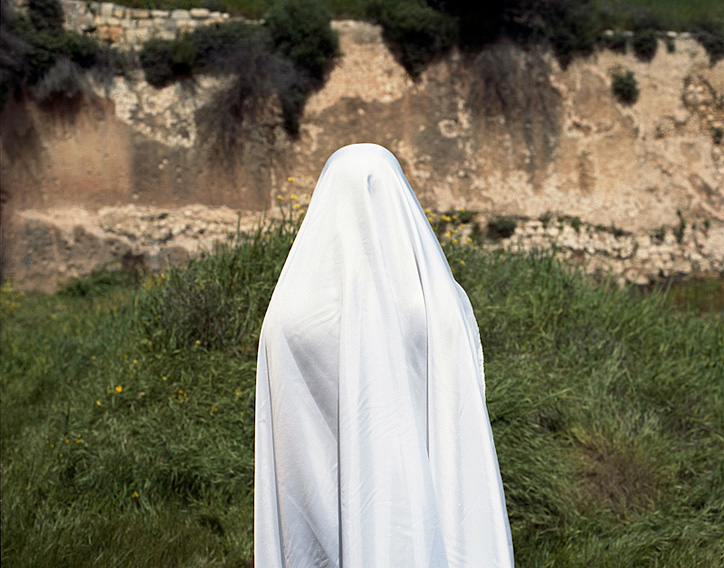 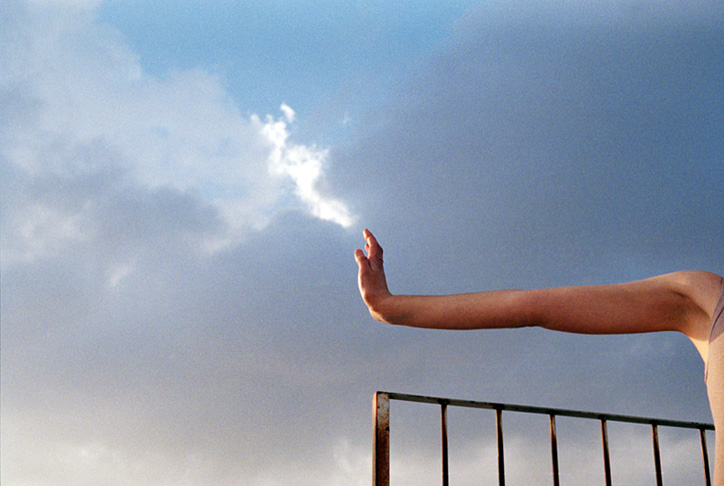 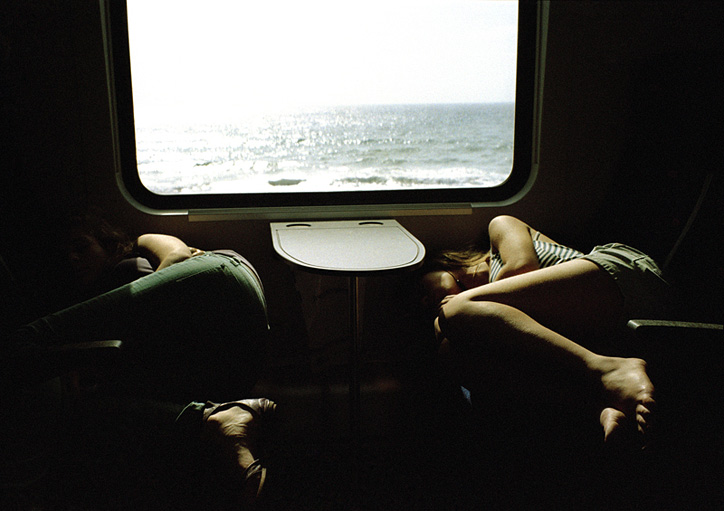 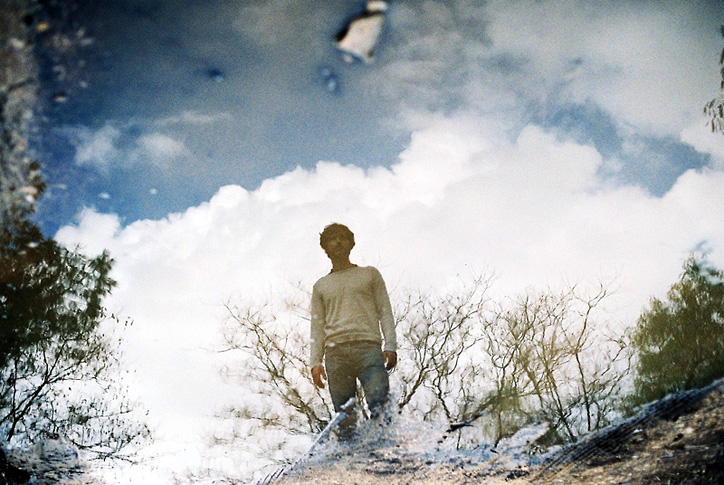 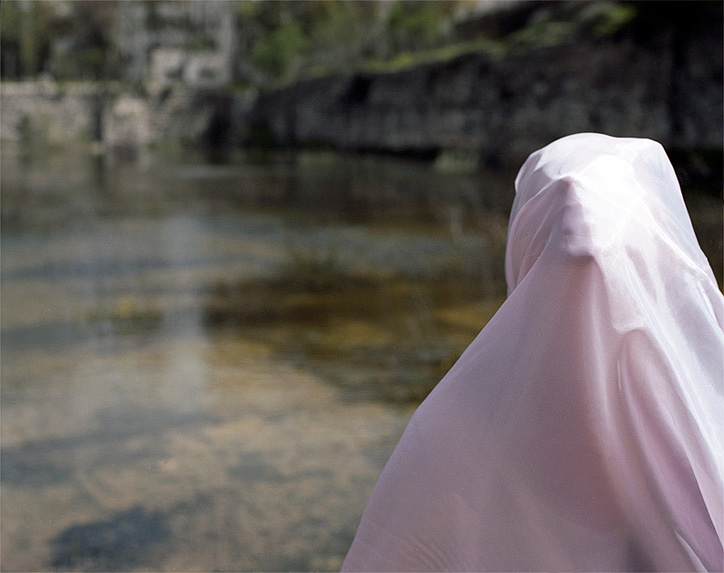 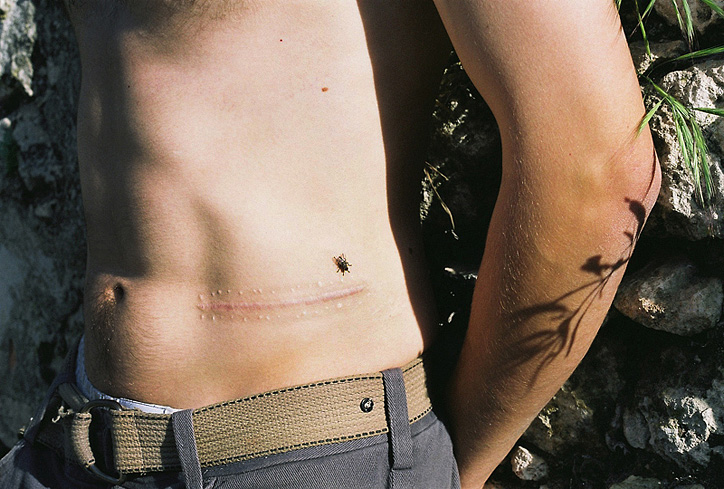 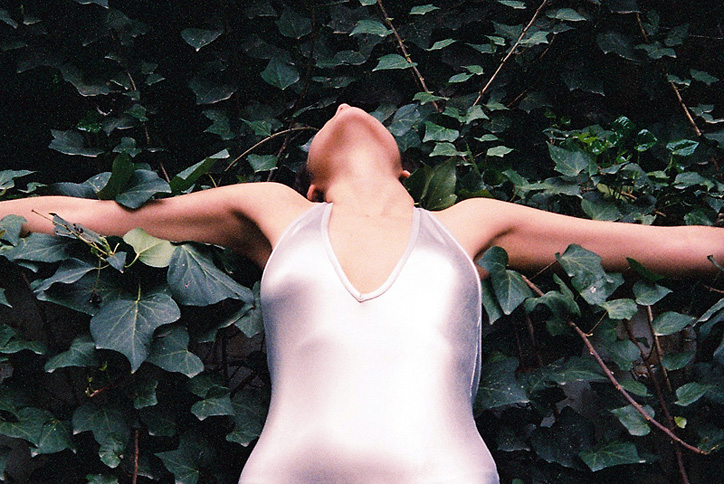 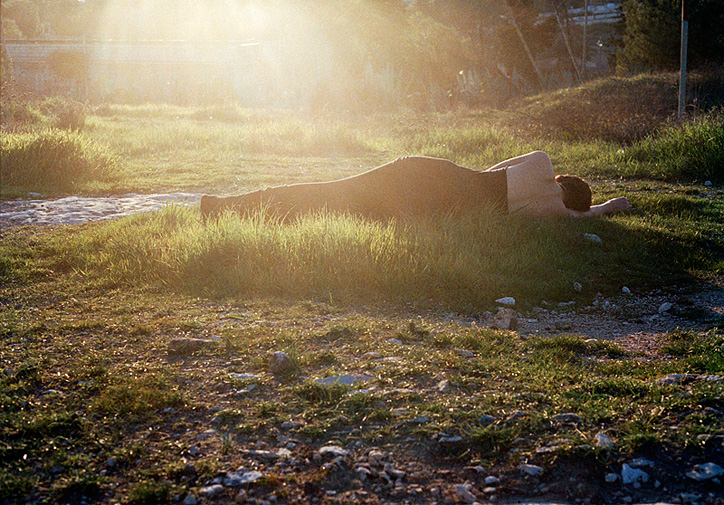 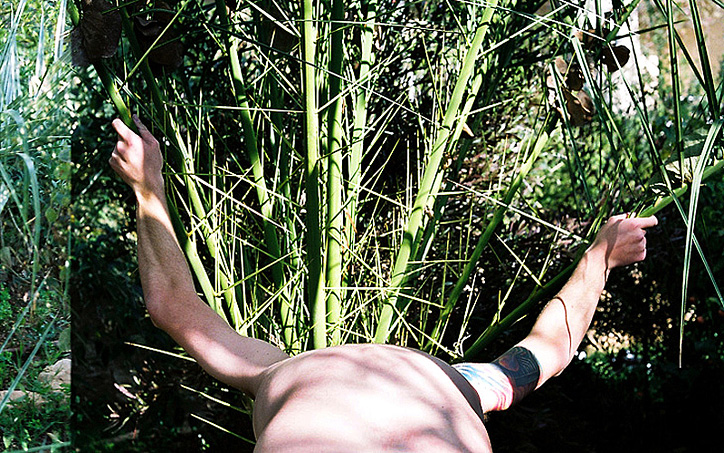 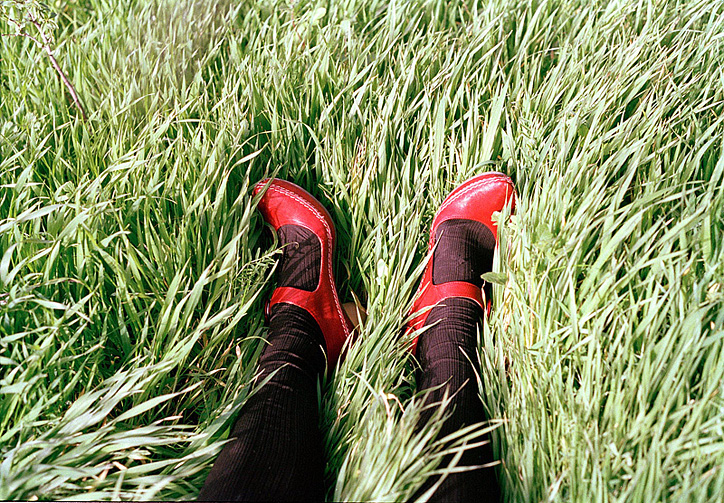 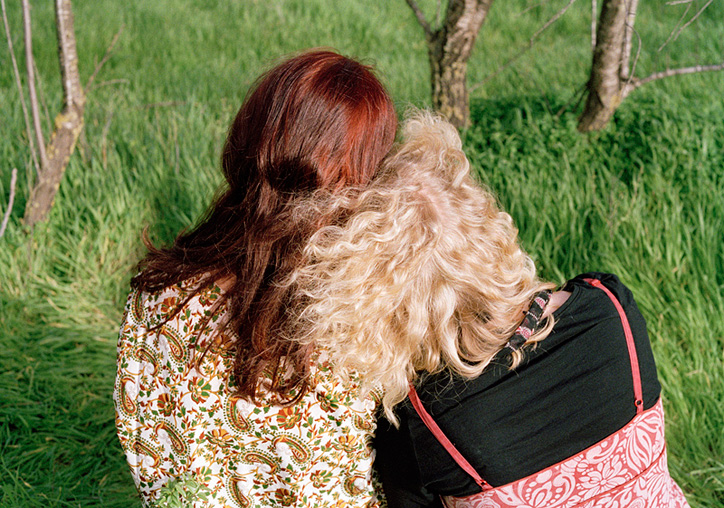 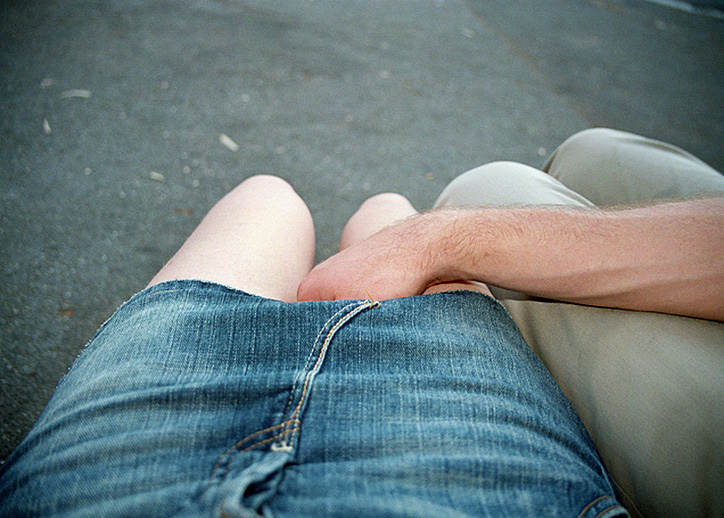 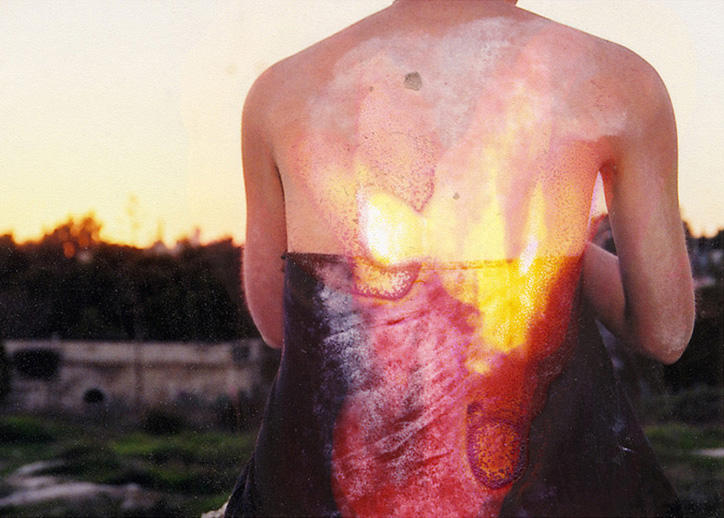 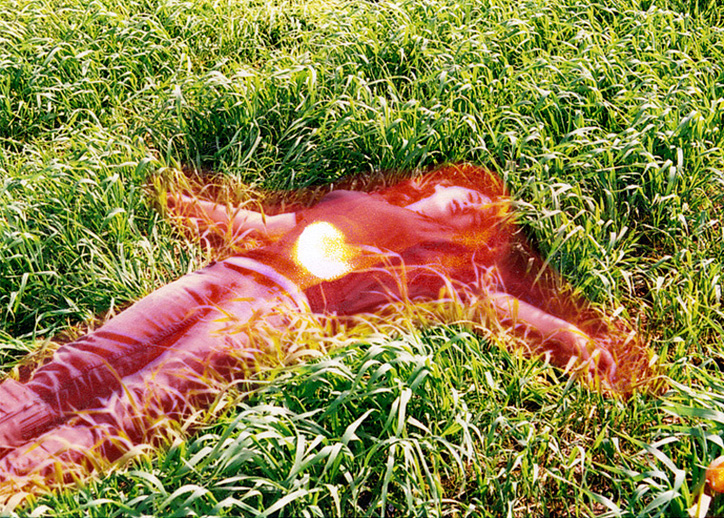 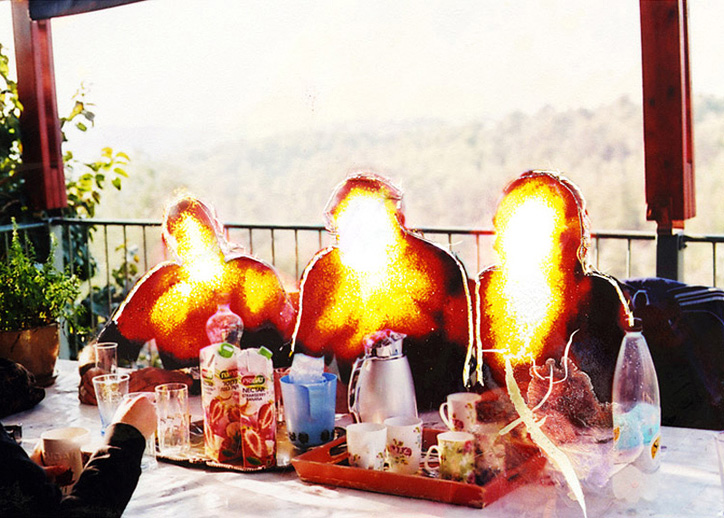 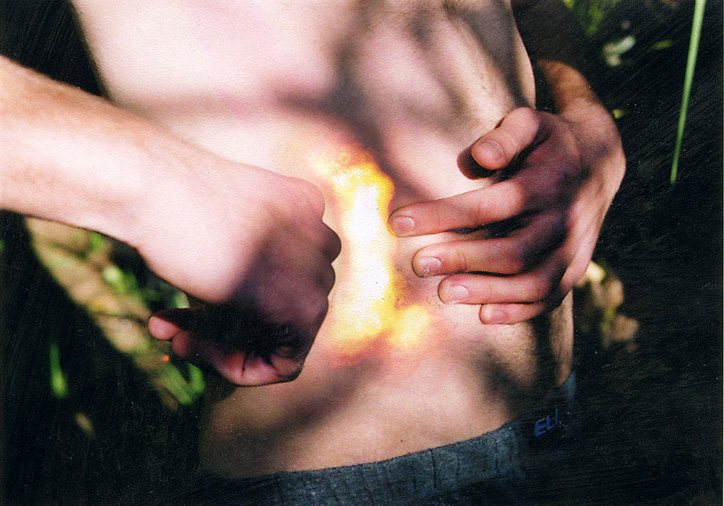 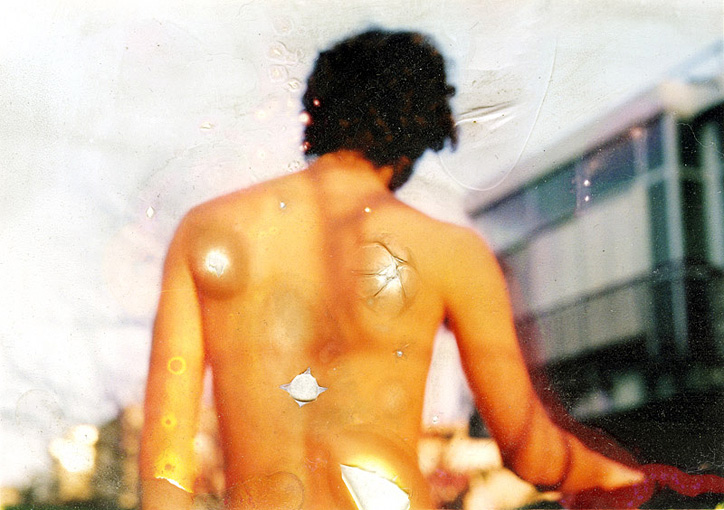 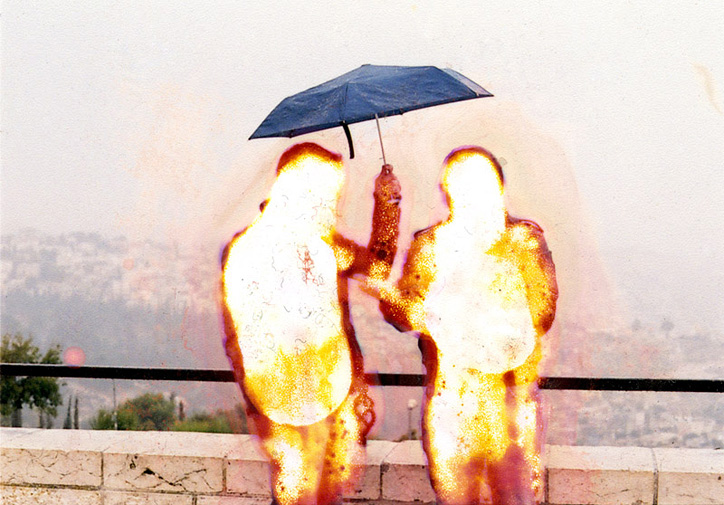