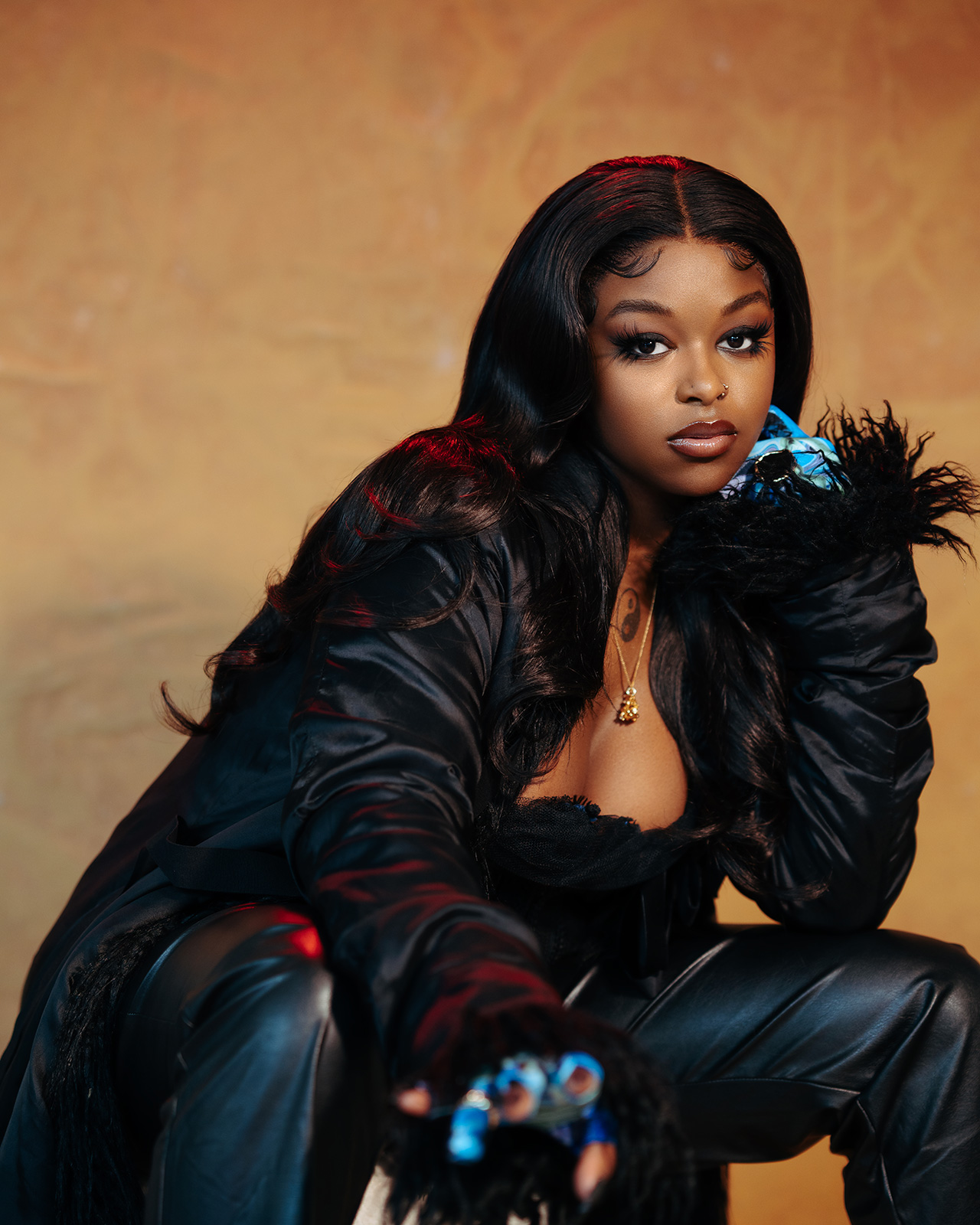 Nadia Rose has been cooking up some new tunes for a cooler summer. After recovering from the whirlwind of heat brought on by her livid single, Lyrical assassin, she's back with a nice Recipe. It got her fans pumped up and ready for a good show this last Friday at La Térmica, Málaga, Spain. The rapper from Croydon (a suburb of Greater London) brings more heat to southern Spain with her new single and a reworking of her famous bangers. She promises good tunes, good moves, and inappropriate jokes. When asked about what’s going on with the political climate in the UK she’s very clear; “everyone is mad”.
Synonyms have played a big part in the development of her unique style; ever since her fourth-grade teacher taught her about them, she has found the dictionary a source to expand her rapping skills. Words and their linguistics have become the root of her lyricism. It has only taken her a couple of singles to get everyone's attention: first it was Station (2015), showing a flow of astonishing naturalness, and then Skwod (2016), a hip hop hit with ultra-modern production and pure London flavour, in which she takes over the streets dancing and moving like a star, an obvious metaphor for what was going on at the time.

There is an important comic side to her work, but as there is always a grain of truth in every joke. Nadia openly and normally shares her views on UK politics with her special ability to spit out verses with her own musicality.  You'll find her playfulness in songs like Boom and D.F.W.T., and on her debut EP, Highly Flammable. She is currently working on a new project that will be released soon.

She has been praised by pop connoisseur Annie Mac, shared a bill with Section Boyz, Anderson Paak and Busta Rhymes, and collaborated with Spice Girl Melanie C on a Fearless track (no pun intended). Oh, and Rihanna is one of her biggest fans and the two are rumoured to have worked on R9, the most anticipated album in the music industry at the moment.

Nadia has also earned her place at the top of the grime universe. Not only because of her obvious talent, but because her contribution to music so far is only a small glimpse of all the intersectional joys that figures like her bring to the cultural scene. We’re in need of fresh and truthful music like hers. She found some time in her busy schedule to talk to METAL about her new single, her concerts in Spain and what's next on the horizon. We are excited.

Hi Nadia, how are you doing?
Fantastic!
You just performed again in Spain, as you did a month ago. Apart from this horrible heatwave that will end us, what are the things you enjoy doing the most when coming to our country?
Eating food, going to the beach and late-night strolls.
You have a new single, Recipe, and a new video for it that you just unveiled. What is this song about and what inspired you to write it? And what about this new video?
Recipe is about my process of creating, I put all the ingredients I possess (skill, tonality, lyricism, flows etc.) on the beat and feed the world. the video is so fun! It’s set in my own cafe and I get to show off my acting skills.
Alongside with Lyrical Assassin they are the two new songs we've heard form you so far this year. Are they a part of a next EP or album? Are you working on new music and a long length release?
Glad you’ve been listening! These singles aren't part of a project but there is a project on the way.
Do you remember the moment you realised you wanted to rap? And the first time you wrote you first rhyme?
Before I said the words mummy or daddy I said "I’m gonna be a rapper" (laughs). From about the age of 3 I was obsessed with music. So I’m sure you can understand why I don’t remember my first lyric.

I recently read in an interview that you read the dictionary every night and that you started doing when you were younger. How did you discover this fascination for learning new words?
My year 4 schoolteacher taught us about synonyms and that’s when my love for words and playing with them began.
What are the lyrical figures and images you feel more comfortable with when it comes to writing? Do you take inspiration from other places when it comes to writing?
Eminem is big inspo when it comes to my writing, his wit, humour and ability to paint a picture is incredible. I take lots of inspiration from my friends and family too.
As a child, was your house musical? I read that your father was a DJ. Do you remember the songs and artists that were listened to the most in your place?
Sizzla, Capleton and Buju Banton were on regular rotation in my house.
J Hus, Little Simz, Loyle Carner, Lady Shocker, Ray Blk and you are the names that come up the most as some of the musicians innovating and starring the current scene. How would you define the London style if there's such thing?
Cool, unique, and very, very diverse.
The pandemic changed plans for most musicians but a lot of them made the most of it to work on new music. You collaborated with Mel C on the fierce track Fearless. Were the Spice Girls a big influence for you when you were young?
The Spice Girls influenced so many things about me; my passion for girl power, my music taste and style.
How was the process of writing with her?
It was so much fun and just so natural. It's weird, but it felt like we'd been friends for years. We bounced ideas off of each other and created something special with an important message.

Boris Johnson has finally resigned. How do you feel about it?
I’m happy but also sad cause whoever replaces him is only going to be the same if not worse.
There seems to be a change in the way British people who voted for Brexit are feeling now, as more than 50% of the people that voted for it are feeling like things are not going well. But of course, this is the information we get, and is always filtered by the media. What is your impression of how things are going, politically, in the UK?
Everyone is mad.
You created your own label, Qwerky Entertainment. This means more freedom, but it is less stable financially. What made you go on this path?
I'm a control freak so it’s freedom over everything.
What can people expect form your summer shows?
Great music, dancing, plus I’m a bit of a comedienne too so expect inappropriate jokes. 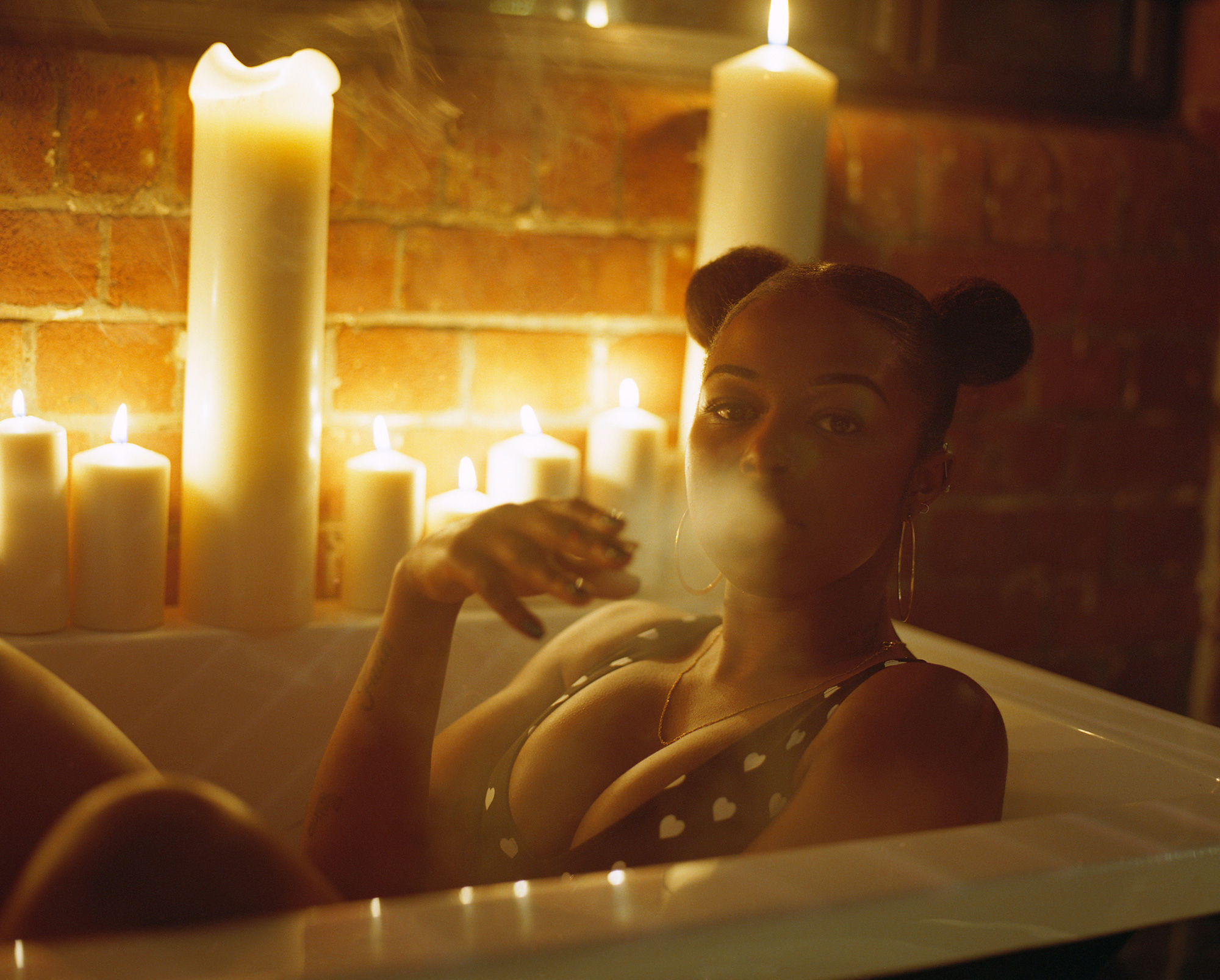