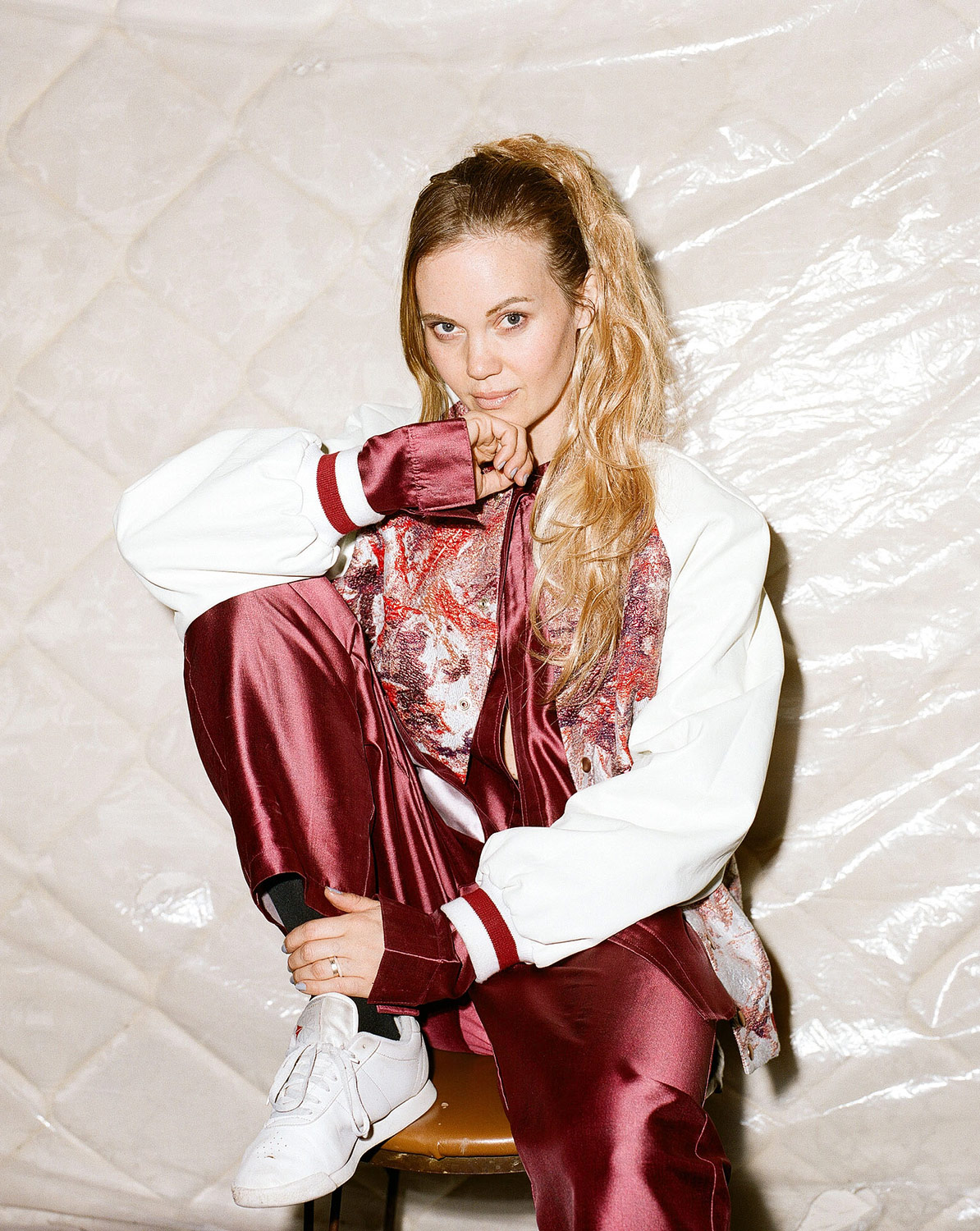 Músed is the NYC-based fashion label that thrives on juxtaposition. It’s elegant but cool, luxe but street and in their own words, the light and the dark. The dictionary definition of a “muse” is “a woman, or a force personified as a woman, who is the source of inspiration for a creative artist,” – in addition to its Greek and Roman mythological connotations. Lindsay Jones and Labanna Babalon, the label’s founders, are muses themselves and so have created a brand that is the source of inspiration for its wearers like they are to creatives. We spoke to Lindsay about the sense of belonging in NY, her love for Greek Hellenistic sculpture and that time she starred in a Larry Clark film.
You’ve worked with houses like Zac Posen and Marc Jacobs, what influence did those opportunities have on your decision to form your own brand?
My experience in studios really refined and developed my design process. I love learning and growing. I am extremely lucky and grateful to have worked with such talented humans and have them as mentors. After working for others for a period I felt it was important to take the time to create from my own perspective and have my own creative voice and direction.
Can you explain the name?
Labanna Babalon, who I started the label with, and I had a development process with the name and the logo tying together the important relationship between the muse and the creator and nourishing rather than using our muses. We are both independently muses to artists and creators in our own right.
New York is often cited as a muse in itself, what influence –conscious or subconscious– has that environment had on your work?
I am surrounded by talented, motivated individuals and they really help inspire and drive me. I like that NYC is willing to take risks and be daring enough to make a statement. Everyone fits in in NYC. There are so many people from so many places in the world. Everyone has a sense of belonging in NY. I feel we are leading in some of the more daring social justice areas pertaining to the industry. Some of the smaller emerging brands used inclusive less predictable casting choices. I can see it is starting to have an effect internationally and even starting to affect corporate choices. This is something I feel strongly about and consider when I’m branding the label. 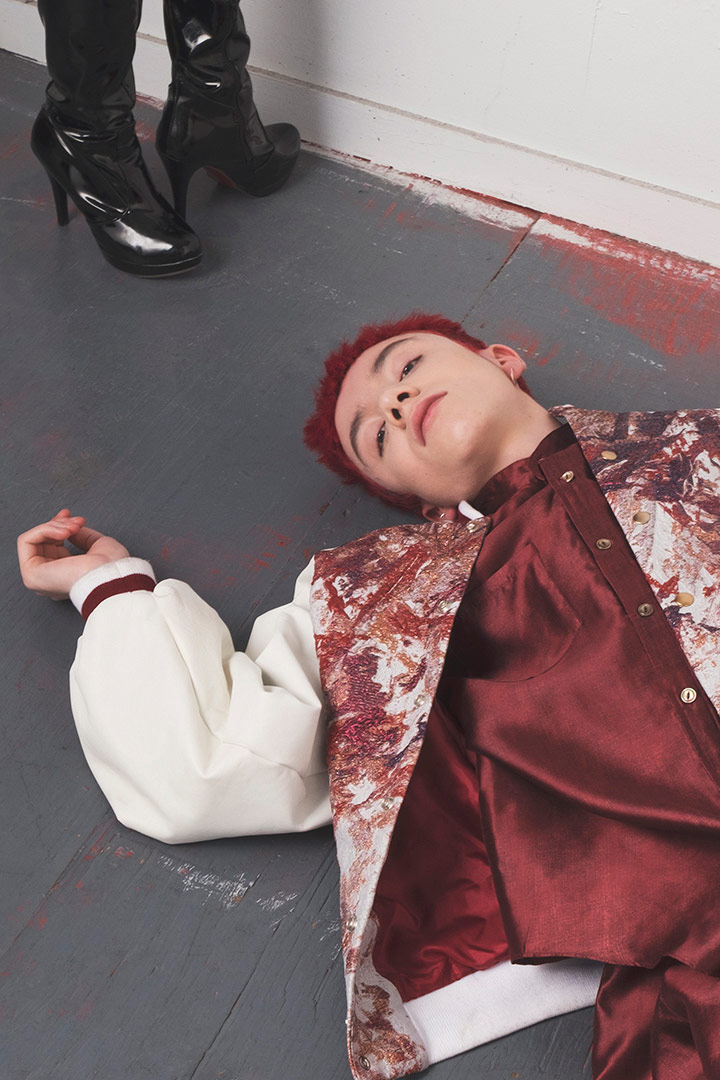 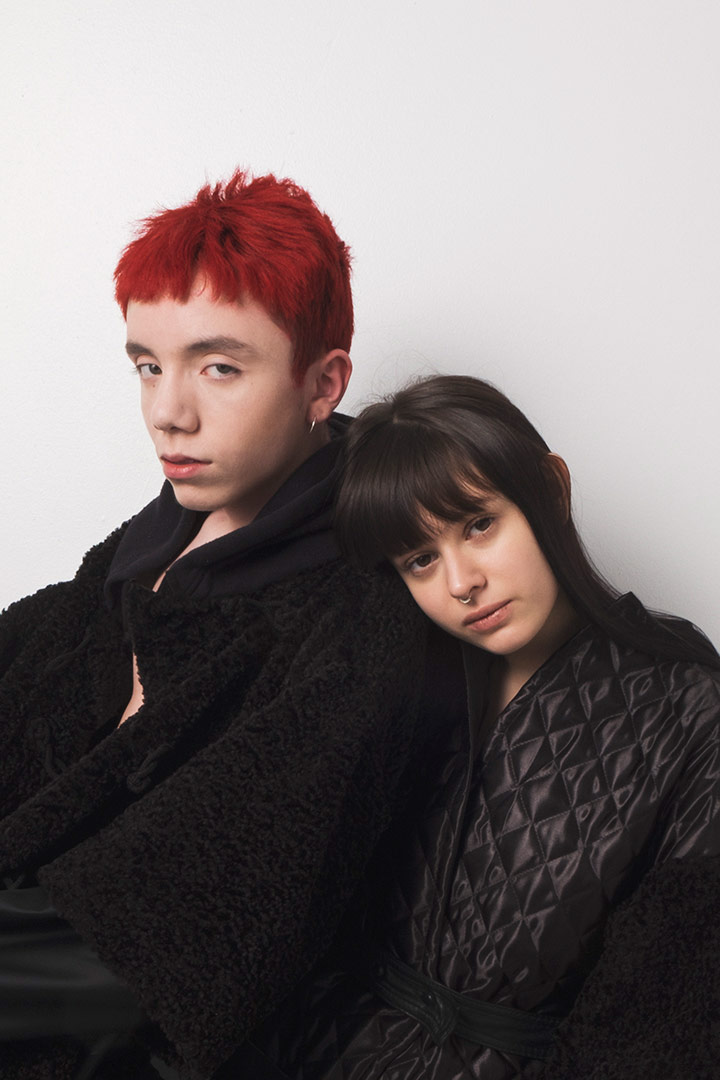 Which words would you use to describe the aesthetic of your brand?
Elegant, edgy, modern and classical.
It seems to be all about contrast: luxe but accessible and elegantly understated with a polished edge. What do you think this juxtaposition brings to the label?
I was sculpting and interested in art prior to designing clothing, and this informs my aesthetic. I particularly love Greek Hellenistic sculpture and classical architecture. I find the clean long lines and serpentine movements to have a timeless beauty, so I try to pull from this idea of modern classical when branding the label. I am drawn to elegance and a luxe ideal while creating wearable pieces. To balance the lightness I add edge to keep it cool and tough; without this element I find it gets a bit boring. I design out of desire, and in this case desire to be elegant and cool. I also like to mix feminine and masculine, luxury with street wear, the light and the dark. Balance and contrast gives narrative to objects.
The visuals are stunning, how important is it to make sure everything is visually sound when launching a new brand?
Visual language is everything to me. I am not sure if it’s for the brand or the brand is a way to communicate what I have to say. I was always better with visuals than with words.

“I like to mix feminine and masculine, luxury with street wear, the light and the dark. Balance and contrast gives narrative to objects.”
Your current collection is all about love and relationships, why did you choose such a weighty topic?
I was given this beautiful fabric from an Italian Mill. When I looked at it closer, the colours reminded me of blood and bruises. At the time I was listening to a lot of Massive Attack remixes and pouring my love into my work instead of a relationship. I envisioned a luxurious woman and a rebel boy and sort of put both characters into each piece.
If you could pick any individual, dead or alive, to wear your designs, who would it be?
Sibyl Buck.
You also act, starring in a range of films, notably Larry Clark’s Marfa Girl. What influence has the director had on your work?
Larry is tough and cool. And I want to be more tough and cool like Larry! I love what a genuine die hard rebel he is. He never sacrifices his vision and I respect that.
What’s in the pipeline for Músed in the next 12 months?
I will be showing for NYFW in September and again in February. We are thinking a year ahead on the fashion calendar and for now I just want to be as present as possible to create my best work. I have unreleased goodies to drop and I hope it will be as pleasurable for others as it is for me. 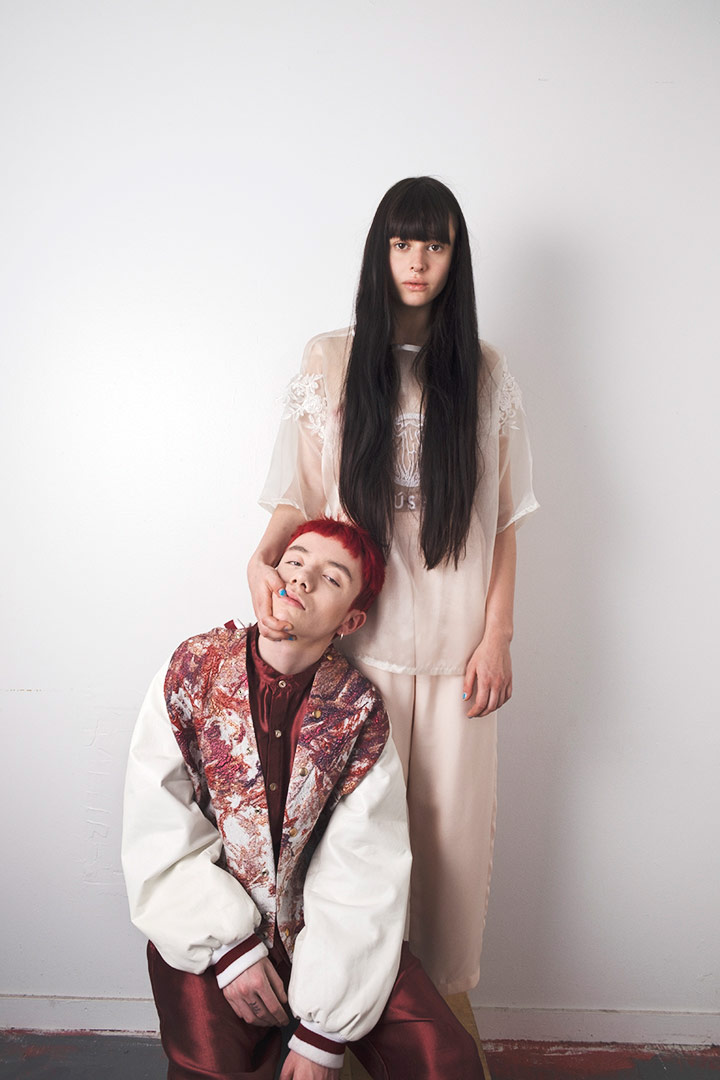 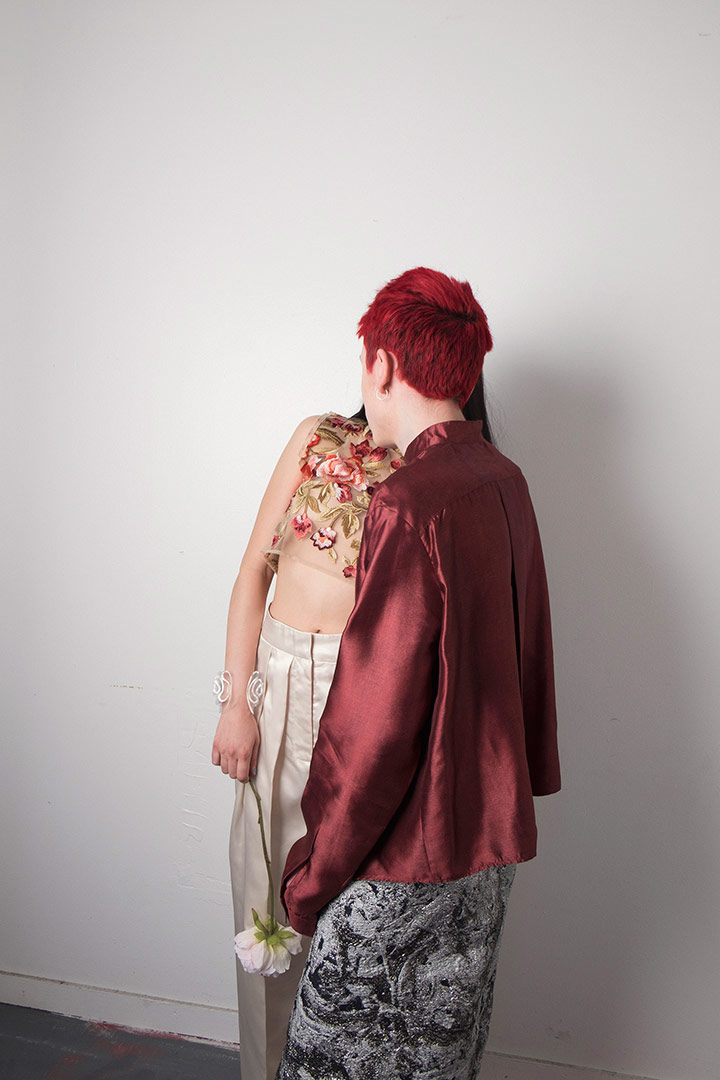 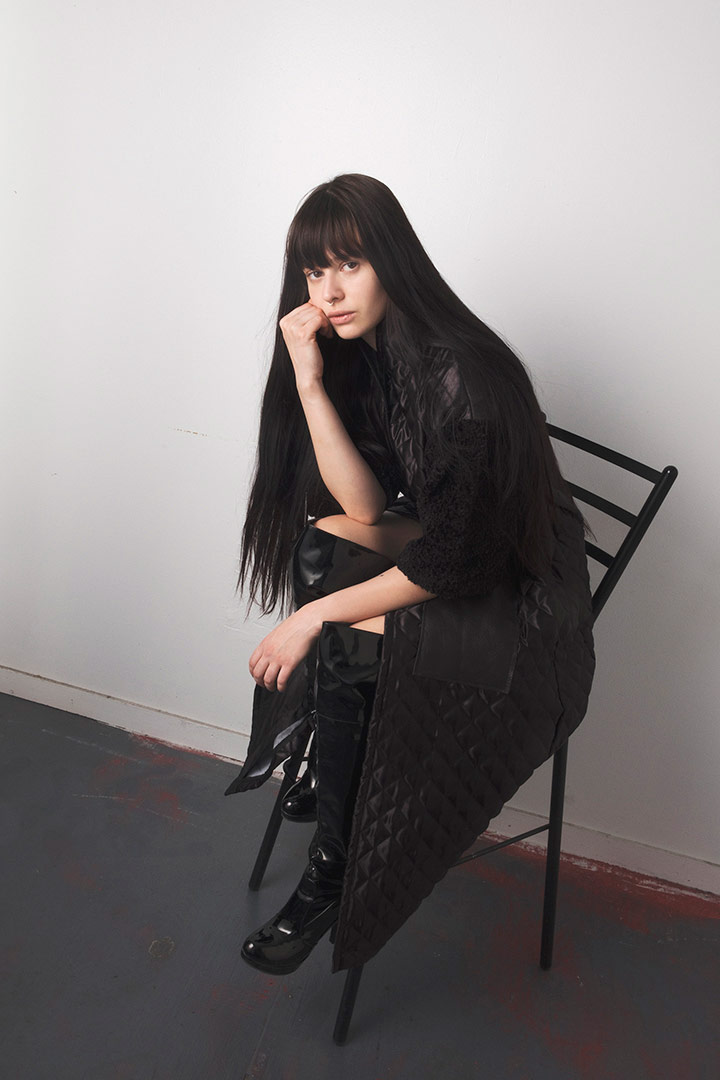 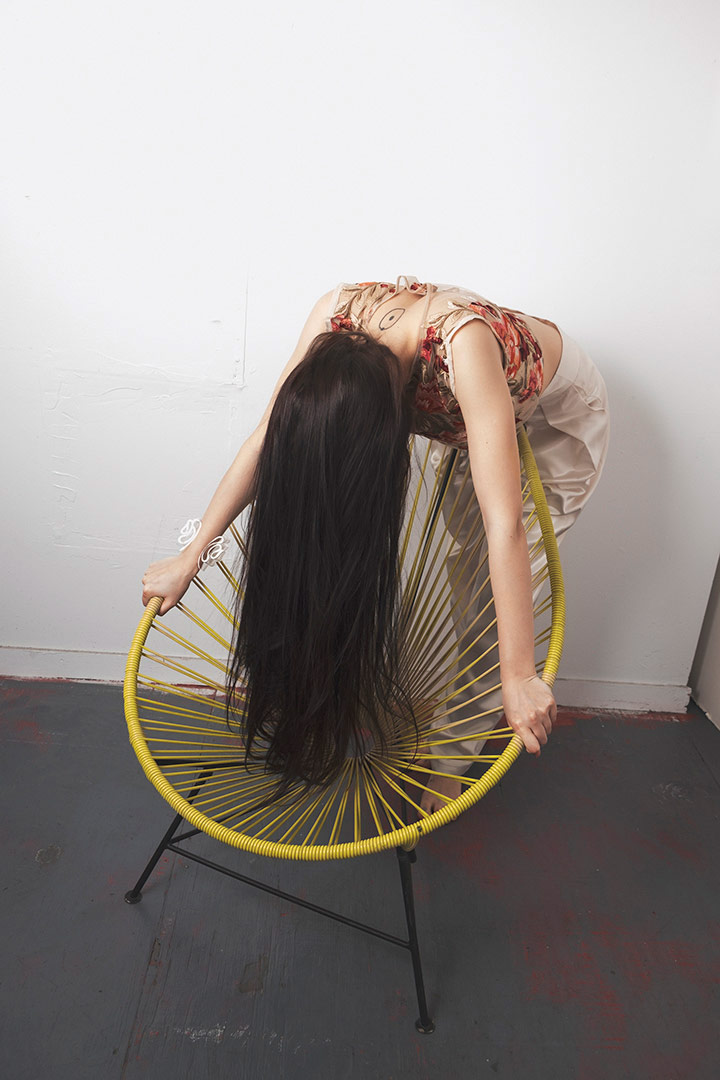 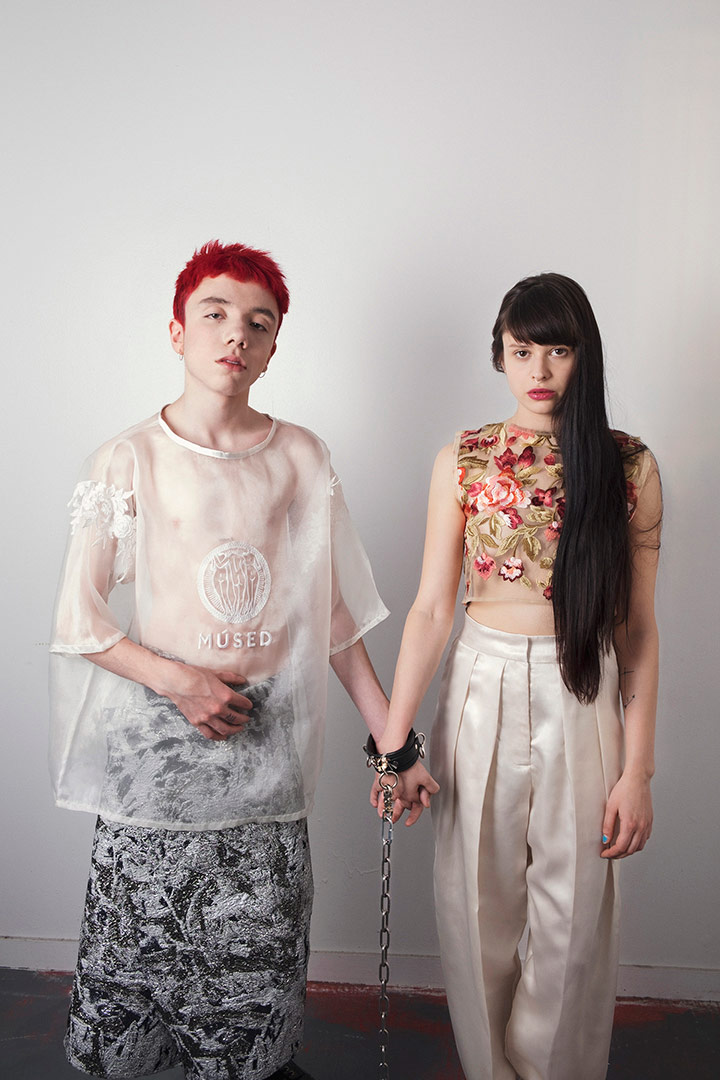 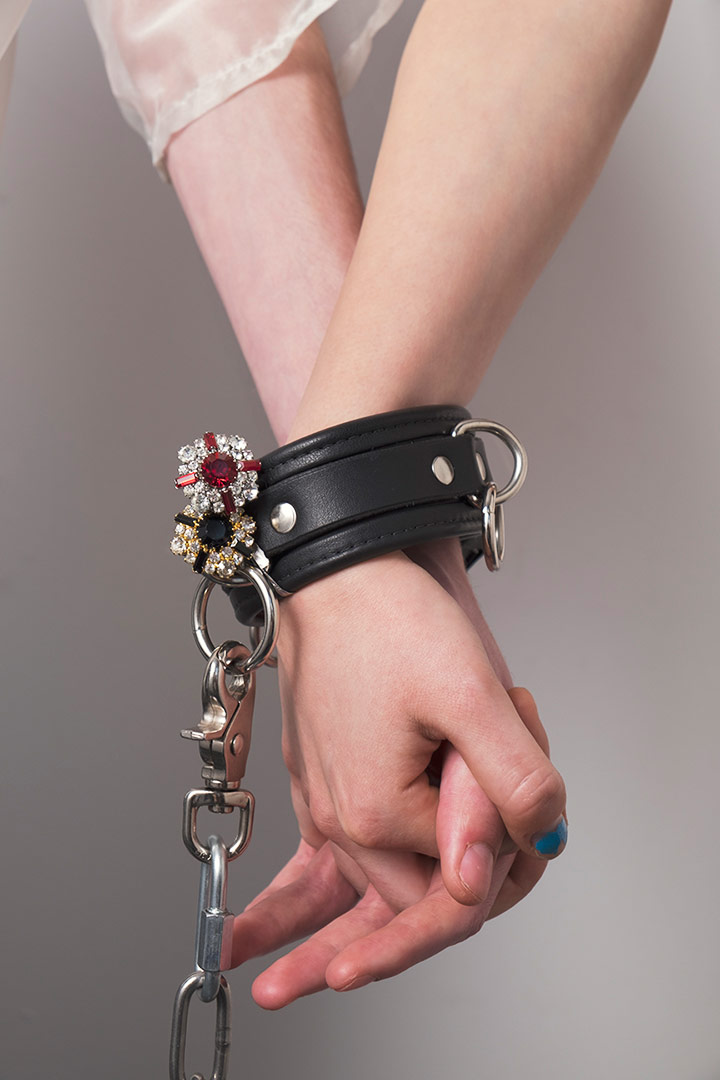