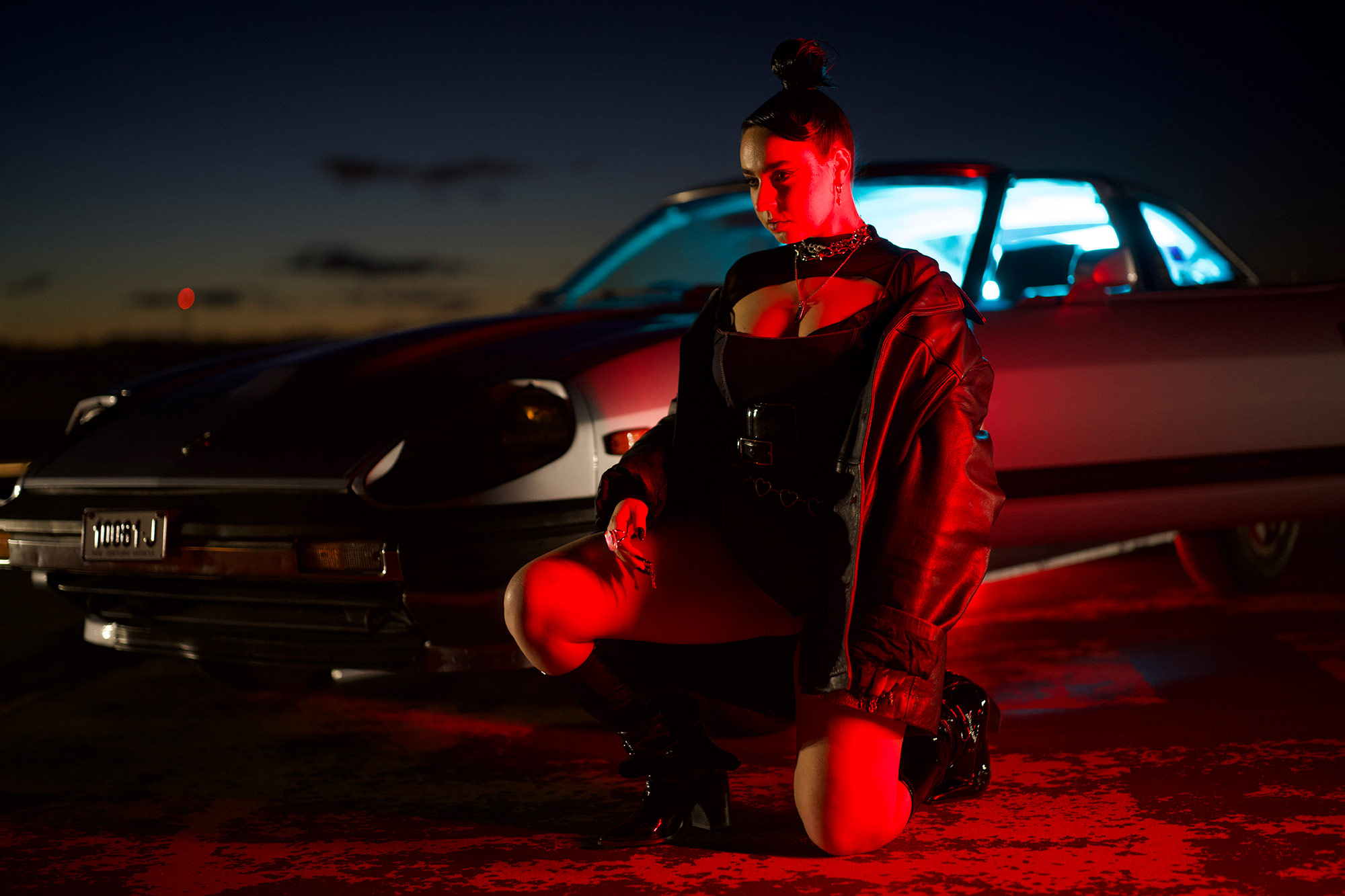 Australia is home to many unique, rare, and wonderful species. There are giant spiders, kangaroos, koalas, and then there's Muki. She first burst into the Australian music scene back in 2017 with her hit debut single Sarsaparilla - since going on to play the support slot on the 5 Seconds of Summer tour, writing songs for The Veronicas and Slayyyter and she just released her new six track EP Car crash through your heart part 1. A body of work whose main inspiration sonically, thematically, and visually is Ridley Scott’s Blade Runner film. Muki also released a short film which was directed by Jamin Tasker. A visual piece that serves to expand Mukis' world (the Mukiverse as she calls it) as well as adding extra layers of depth to the stories on her songs.

Hello Muki. Let's start off with your name, it's adorable. How did you end up deciding to call yourself Muki?
Oh! Thank you! Muki is actually the nickname that my family calls me. It came about because I was always the shortest one, so my dad would call me micro muki and it stuck. I have looked it up though and according to google it means ‘cup’ in Finnish.
What were you like as a child? Did you always know that you wanted to pursue a career in music and what would you be doing if you hadn't gone into it?
I have vague memories of me being an attention seeking little brat! I remember learning the Spice Girls dance routines and making my whole family watch me perform them - so the perfect makings of a future pop star! I'm such a Capricorn! I also remember my sister and I would sit at the piano and she would teach me how to harmonize and stuff. So yes, I always knew that I wanted to do something in music from a young age. I’ve thought about what I would do if I didn’t do music and I genuinely don’t know. But it would be cool to do something like international relations.
Was there a particular moment when you realised that you were actually pretty good at song-writing? Can you remember the first proper song you ever wrote? What was it about?
When I was super young, at like age four, I would make up songs about anything and everything! Literally I would be sitting on the toilet and write a song about that. However, the first proper song I wrote was when I was around eleven, I'm pretty sure it was an unrequited love song or something cheesy like that! But honestly I think I only realised that I might be an OK songwriter like last year (haha!). No, I'm joking! To be honest I go through stages of feeling confident about it. I just want to keep learning and growing and getting better.
Well, you're definitely good. And good enough to write songs for other artists like The Veronicas or Slayyyter. How has the experience of working with other artists been so far and how does it differ from just writing songs for yourself?
It’s so cool for another artist to invite you into their creative space, because writing songs is such a vulnerable and personal thing. So I always feel so honoured when anyone brings me into their world and process because it means they feel safe with me. When you write for someone else you’re telling their story, so I’m very conscious of that when I write for others. I began working with other artists mainly because I had a period where I was going through a hard time and I could not write songs for myself because if I did I would unleash some stuff I wasn’t ready to process yet. So inserting myself into other peoples stories was pretty healing and it kind of saved me. 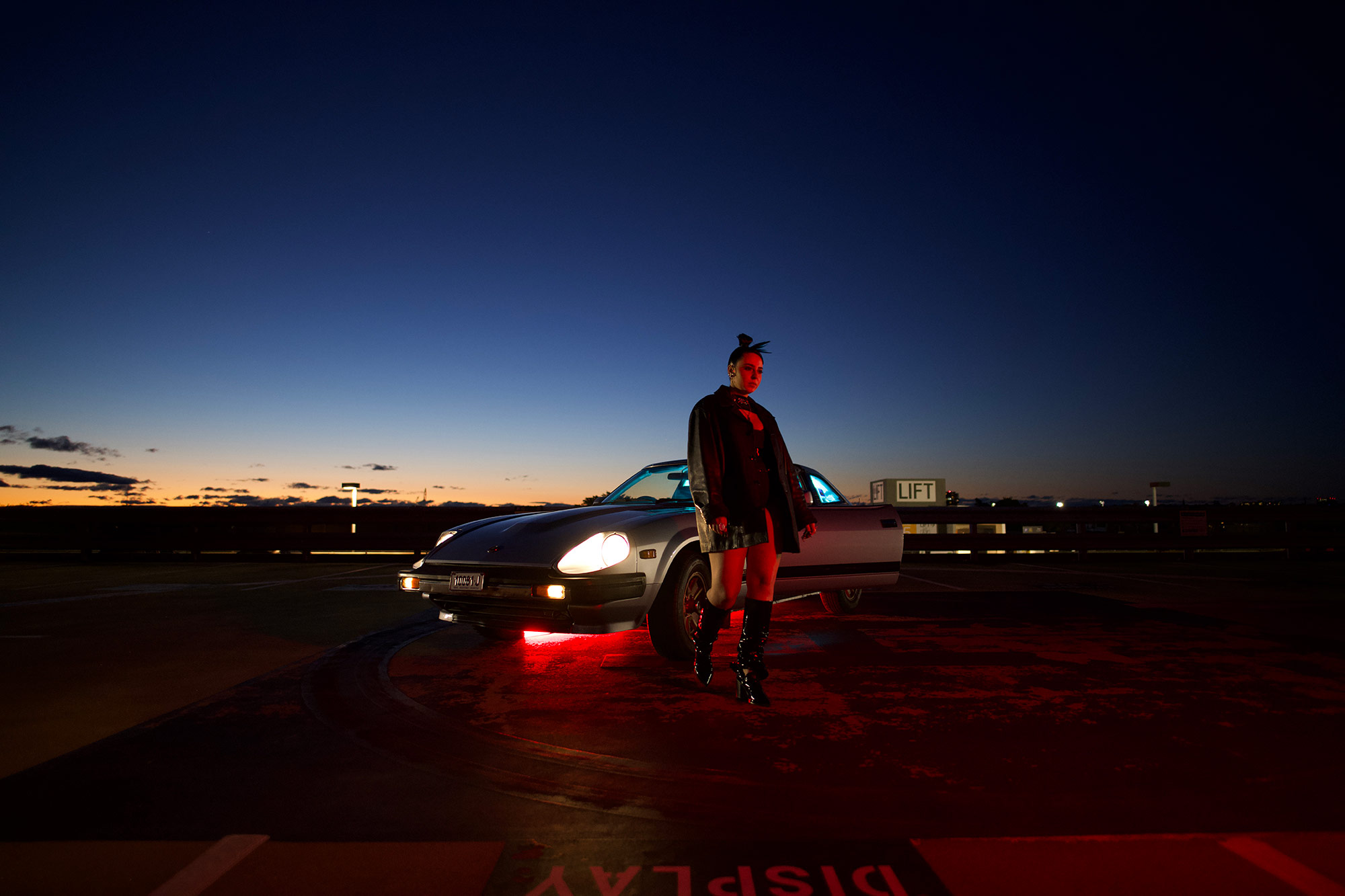 If you could pick anybody, who would you absolutely love to write with or for, or collaborate on a song with?
I would love to write a huge sad dance floor anthem with Robyn or Tove Lo. It would also be incredible to collaborate with AG Cook and I would low-key love to write for Kylie Minogue, that would just be so epic! I also think it would be really cool to collaborate with someone like Alex Turner or Matt Healy, I think I would learn so much from both of them.
Your very first debut single Sarsaparilla was incredible and its sound was clearly inspired by SOPHIE, who sadly passed away earlier this year. How was SOPHIE an inspiration for you and what do you think she will be most remembered for?
Absolutely! Her production inspired so much of the sound design throughout my music. I was lucky enough to see her live in Sydney at this amazing underground club night called Sidechains and she was just amazing. She was playing this 200 capacity room but she was playing beats that would have pounded stadium speakers. Her production is so unique and her sound design is just so complex, I think it’s hard to pinpoint one thing that she will be remembered for. She was one of the pioneers of this new generation of pop, and alongside AG Cook she redefined pop music as we knew it. She also did so much for the trans community by being one of the first openly trans music producers in the industry. I always was and still am in awe of her creativity.
You've been labelled and described as The Australian Princess of PC pop, Australia's answer to Charli XCX, and as forward thinking pop music. Do you agree with them? But more importantly I want to know how you would describe yourself and the music you make?
It’s a kind of weird and awesome experience having your music go out into the world and other people form their own opinions on them. You have no control over it. I still get excited when anyone tells me that they’ve heard my music. I also feel so flattered to have been compared to artists like Charli XCX. When I was writing this record I started calling the sound Blade Runner Pop. I liked the idea that there was this mix of vintage synths with crazy complex dystopian futuristic sound design.
You've just released your new EP. Can you talk us a little bit through the concept behind the record, the inspirations?
I grew up watching Blade Runner because my dad was really obsessed with it and when I was writing the song Level Mind Fuck, I was trying to describe the kind of sounds I was hearing in my brain. The best way I could describe it was by putting on Bladerunner and saying to the producer ‘I want this song to sound like this movie looks: metallicy, futuristic but also nostalgic’. It all spiralled from there and I just became obsessed with trying to do cool futuristic production and sound design that artists like SOPHIE, A.G Cook, and Umru do, but framed in nostalgia. This EP was very much inspired by true events so it's the most honest songwriting I have ever done chronicling a really tough period of my life.
Do you have a favourite song on the EP? Which one is it and why?
Oh! This is a hard question! I probably go through different stages of loving different songs but at the moment I’m loving Moments Lost Like simply because it is such a raw song. The version that's in the EP is essentially untouched from the day we wrote it. It was a spontaneous session too, I was sitting in the apartment I was renting in London just before COVID went rampant, which was right near a train station so we recorded the vocals on a handheld mic and you can hear the trains driving past. I also love that the song totally shifts. Because I’m super visual when I write, I just love that this one is all in it’s feels and then it shifts into (what I imagine) is like a super grimy Berlin club vibe. 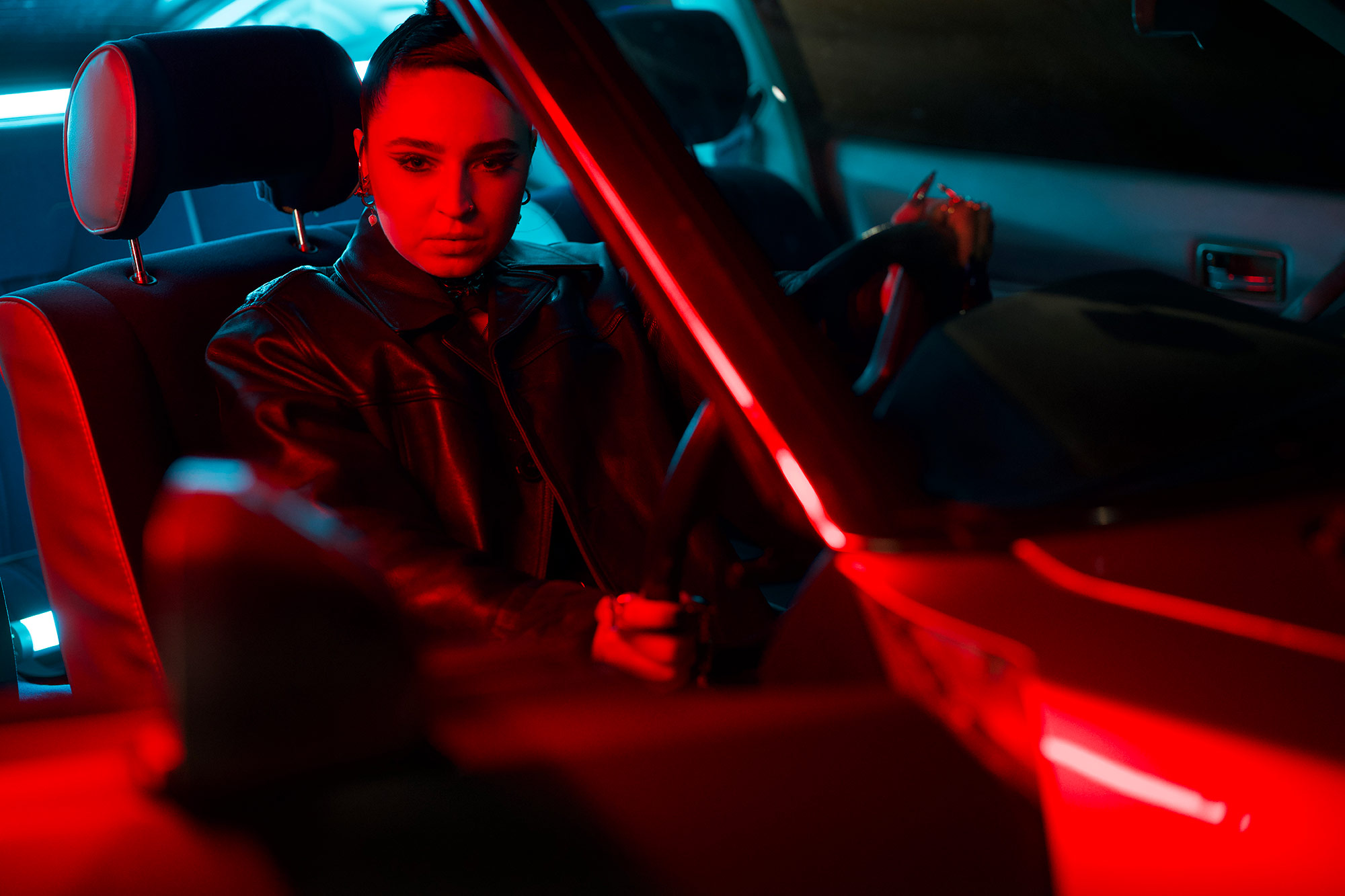 Is there a reason why you've recorded a sad girl version for some of your songs?
Yes, I was going through a really hard time so I was naturally writing sadder songs than usual and just generally being a sad girl. But as much as I wanted to be honest and raw with my fans, I wanted to maintain the club banger Muki-ness that my fans know me for. It was always an intentional choice that the songs would be upbeat. Kinda like the same way Robyn writes these incredibly sad songs like Dancing On My Own, but then they are also big dance hits. It was actually super cool exploring this level of vulnerability in that way, and experimenting with how to twist something that was really sad for me, into something fun and playful. In saying that I always wanted to share with my fans the true intention and meaning of the songs, and strip everything back. It was a really cathartic experience, and I got to share that with my sister (who produced all the sad girl versions) which was also really awesome for me.
I see the songs in particular spaces, it’s kinda hard to describe, but how I visually see the song becomes a big influence on the sound design. For instances with Level Mind Fuck I saw it in a dark warehouse space with a single elevator, for the first verse and chorus you’re in that space, it’s vast, then you sonically (literally we put an elevator sound in the song) hop into the elevator where you go to Level Mind Fuck - that space is brighter and a little more circus like.
You talk about “seeing songs”, how important is the visual side of your music?
I write really visually so it was really important for me to be able to share that aspect of myself as a creative person with my fans. We made a short film to accompany this EP and it just adds more layers to the narrative music. I also randomly had this psychic person approach me one day on the street, and without me saying anything they literally guessed I was a songwriter and told me that my visuals were an important part of my music. At that point I was only just thinking about the short film, so I took it as a sign that I had to do the visual EP!
With venues around the world slowly opening up again, many artists are beginning to schedule tour dates again. Are you planning to go on tour anything soon?
Absolutely! I am so desperate to get back out on tour. I’ve really missed playing live shows. We’ve been lucky in Australia because we can go to concerts and I actually had my first live show in ages in August in Sydney. I really want to continue immersing everyone into the Mukiverse and I think the live show will be an important element of that.
Aside from this new EP you've just released, have you got anything else planned for 2021?
Well, I think it’s safe to say that people can expect to hear some more bangers from me. Maybe in the form of a Car Crash Through Your Heart Part Two? It may or may not already be in the works. I would love to plan a holiday too, we’ll see if the world opens up enough to travel safely again.