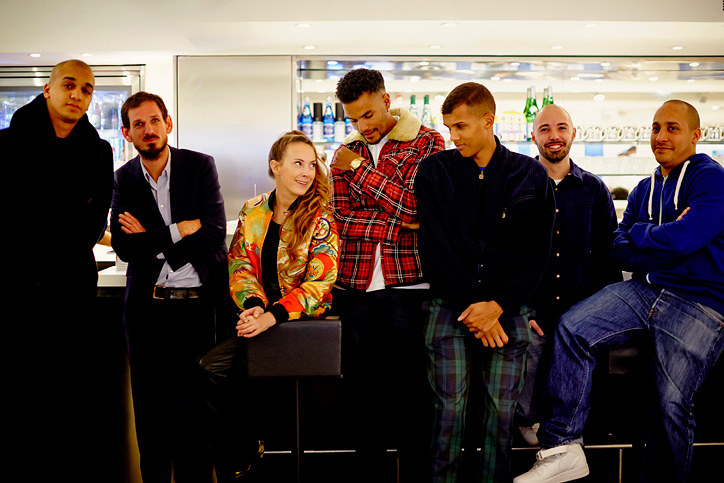 Francophiles may recognize the label Mosaert, the name is an anagram of artist Stromae which itself is an anagram of the word Maestro… you get the picture. The Belgian brand prides itself on its quality products, characterised by their geometric prints and unisex designs. "Capsule no.2" has been described as African Wax-meets-English prep and their school photo inspired lookbook certainly suits the aesthetic- though few of us will remember looking that stylish in our school photos. I sat down with Coralie Barbier, the head designer of the label to discuss the origins of the brand and what it’s really like to work with one of Europe’s biggest stars.

Tell us a bit about the origins of the brand and how you got involved.

We started Mosaert as Stromae was creating his second album Racine Carrée. When I first met Paul (Stromae), he wanted me to customize some of his cardigans with African wax. I suggested that he create his own designs and it evolved from there! So we started working together and at first we just made unique pieces for Paul, a separate design for every song… then we decided to produce a whole collection.

I think our philosophy is to produce pieces because we love them and not because they will be commercially viable. Furthermore we want all of our produce to be made in Europe.

While Paul Van Haver (aka Stromae) is the face behind the brand, I’m interested to know how much input he actually has on the designs. How closely do you work together?

We work really closely together; we collaborate on the whole collection, from the prints to the visuals. After that we work on the prints with our graphic designer Boldatwork and then I take care of the production.

You have described the latest collection as English gentlemen-meets-African wax. From where did you draw inspiration for this eclectic combination?

Our aim was to take a pattern based on the colour and print techniques of the African wax and then reinvent it with our vision, mixing it with other influences. We really love combining contrasts; we wanted the bright colours and the print to be the focal point and we found that it fit perfectly with the classic cut of preppy style.

Perhaps one of the most distinctive aspects of the collection is the geometric print. How did you go about designing and creating it?

We work closely with the graphic designers, starting out with a checker and isometric pattern and then drawing the motif and repeating it. We are very inspired by the work of Escher.

The lookbook for the latest collection takes on a school photo theme, where did this idea come from?

For our visuals, Paul and I liked the way people posed for photographers or paintings in the past. We also liked the academic, school uniform aesthetic.

It’s also important to mention how the collection is unisex. Peter pan collars and three-quarter-length sleeves are rarely seen in menswear so it’s refreshing to see the lines between what’s masculine and what’s feminine being blurred. Did you create the brand with this in mind?

Yes, for the moment all of the pieces are unisex. We like the idea of unisex clothing because it allows us to play with feminine or masculine codes and in turn gives us more liberties. Furthermore, Paul and I are not the same gender…so it seemed logical for us!

How do you see Mosaert evolving over the next few years?

We would like to see both projects (Stromae and Mosaert) progress separately. At the moment we’re working on some exclusive designs and styles for capsule n°3 and in the future we would love to expand to designing footwear.

If you could dress anyone in your designs who would it be?

Anyone who would want to wear our garments! From age 9 to 99! 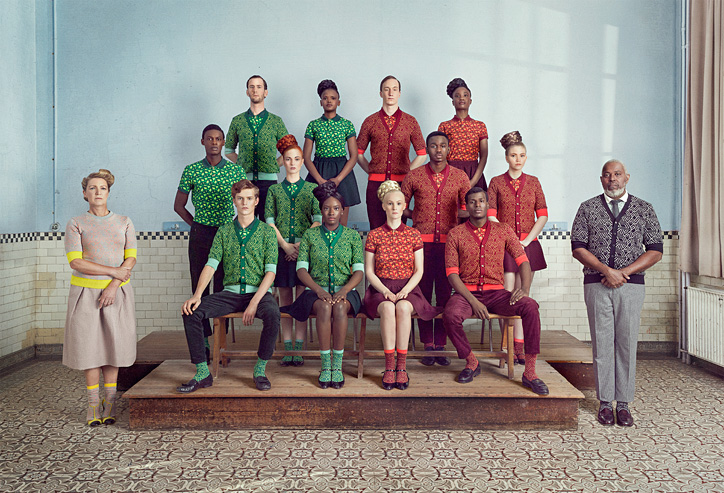 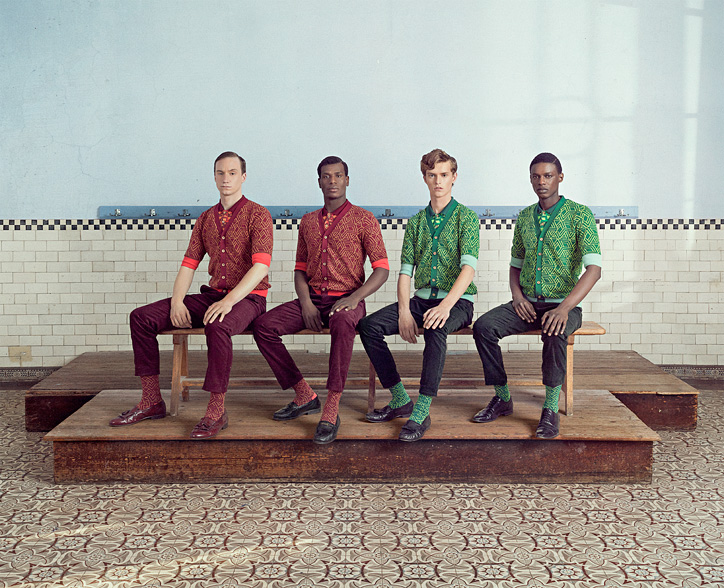 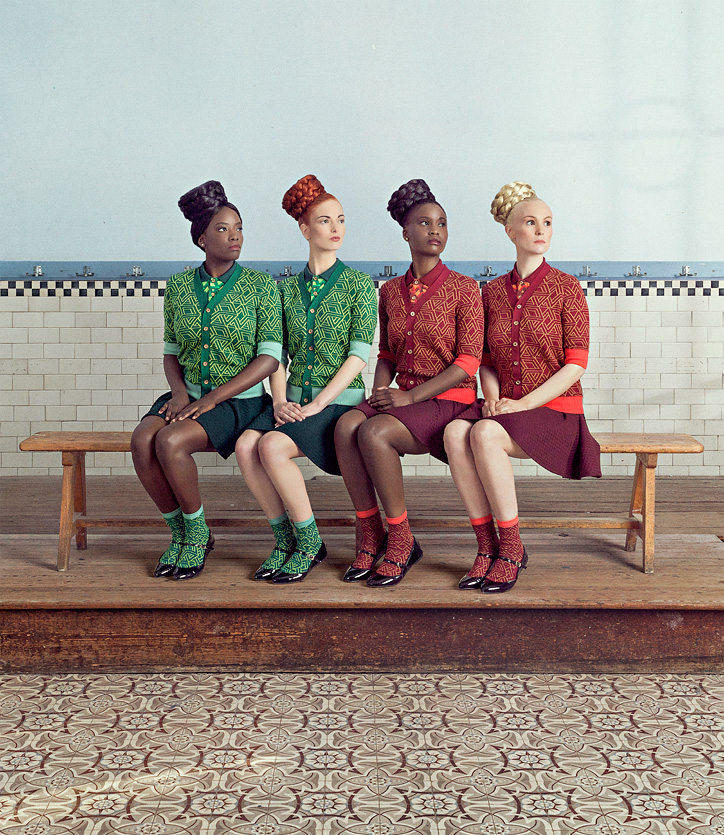 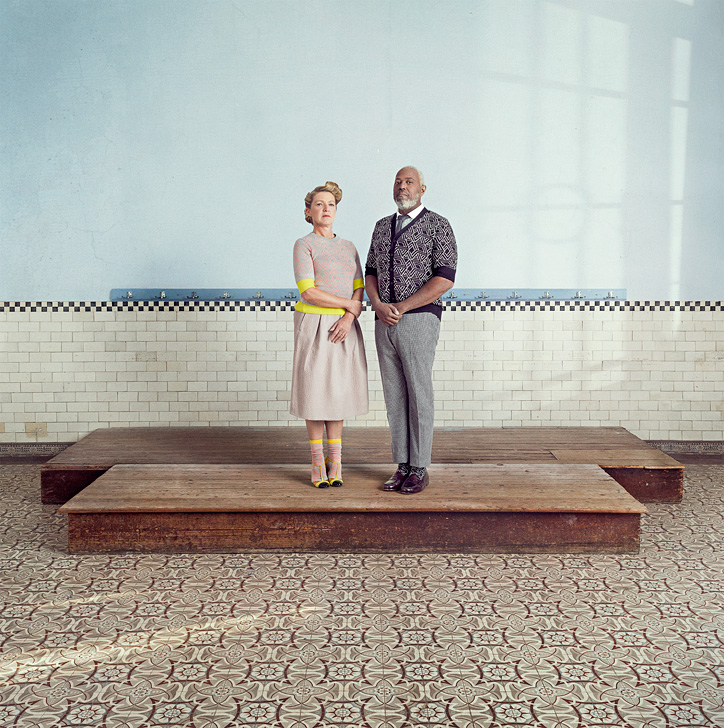