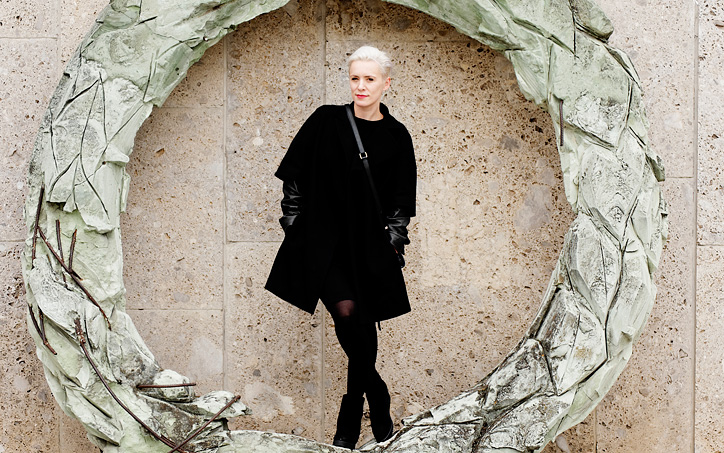 The award-winning photographer and filmmaker Monica Menez strives to surprise her audience. Particularly inspired by music, her imaginative art pictures everything from secretary kittens to hedonistic pizza delivery. The pastel colours and airbrushed looks are accompanied by surreal scenarios, often spiced up with a hint of fetishistic eroticism, creating a wonderful contrast between the more traditional looks of fashion photography versus the absurdly unexpected. Menez speaks to us about her sources of inspiration, creative style and artistic development.

Your photos are certainly quite diverse including a series of portraits as well as a picture of woman neatly placed on a plate, riding a fish on a sea of potatoes. What would you say are your main sources of inspiration and how would you best describe your own style of photography?

I am inspired by all kind of things, but I would say that music is my main influence, strange sounding music in particular. Since I am listening to almost all kind of genres I come across many quirky sounding tracks. Music generally sets off visions, ideas and certain pictures in my head. Apart from music, a piece of clothing or a picture can be very inspiring, too. My style of photography is humorous and sexy, with a pinch of fetish.

How do you feel your style has developed over the years?

The development of my style is not really stringent, I would rather say that I have phases in which I am concerned with specific themes and a certain imagery. For instance, in my previous phase I was very interested in women, sexiness, and a mean and nasty humour. At the moment I am in the mood to take photos of men. The thing that has remained in my work throughout the years is that colour is a crucial factor in my work. My photos used to be very colourful at the beginning of my career, then I shifted more into nude colours, and at the moment I am moving forward to the colourful side of things again.

Apart from exposing the product of your client what do you wish to communicate with your work?

My main aim is it to surprise people with my photographs and films. For me, the greatest honour is when somebody is looking at my work thinking: “How the hell could someone possibly come up with an idea like this?” It is important to me that especially my films include a story with a surprising ending, a weird story which at first misleads the viewer, so that the end of the film is even more surprising. I enjoy being surprised myself, I guess that is why this stylistic device is so important to me.

How does female sexuality play a part in your pictures and film? Would you say you use it as a tool or rather as a theme in itself?

I see you work with photographs as well as moving images. What do you feel are the advantages and downsides to both forms of expression?

It always depends on the idea I have in mind and the story I want to convey with my work whether I choose to take photos or make a film. I am currently fascinated by the possibilities the medium of film offers me – it is a great way to express the ideas and stories I want to tell. Nevertheless, film also has some disadvantages compared to the work on a photo set: the effort and the expenses are higher, you have to organize the technical equipment and build the scenery, and the whole developing process involves and depends on many people.

Have you ever experimented with any other form of artistic expression to photography and film?

I have experimented with many forms. When I was a child I already knew that I wanted to do something creative, so I attended sewing courses and also got into graphic design. In photography I finally found the perfect device for my artistic expression.

Do you usually pursue a strong idea when you're shooting an image, or do you prefer a more spontaneous approach on the set?

In the past I preferred to improvise when I was working at a photo shoot. Nowadays 70% is already preassigned before I start working on the set, with still enough space for spontaneity and improvisation. When I am working on a film everything is carefully arranged beforehand, including a storyboard.

What do you personally consider to be your biggest success in your career so far?

I would say that the biggest success so far is that all my three films have received important and prestigious prizes.

What would be your best advice to an aspiring artist?

The most important thing is to find your own and unique style instead of copying other artists, and last but not least: perseverance. Keep going, and just be yourself. 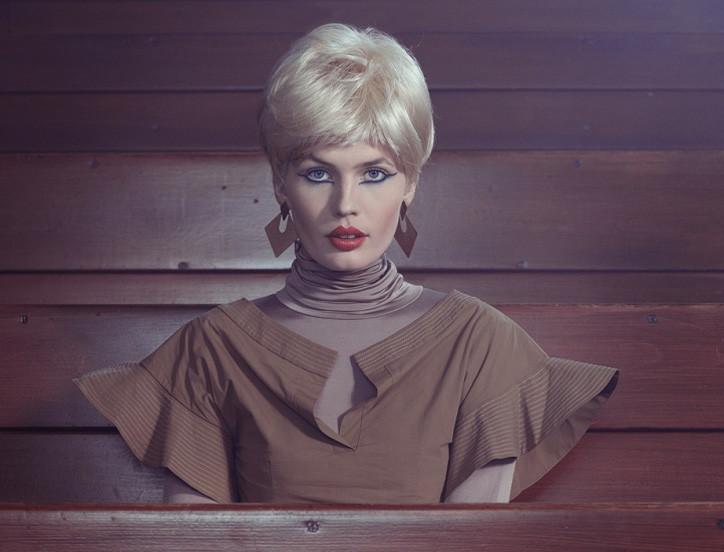 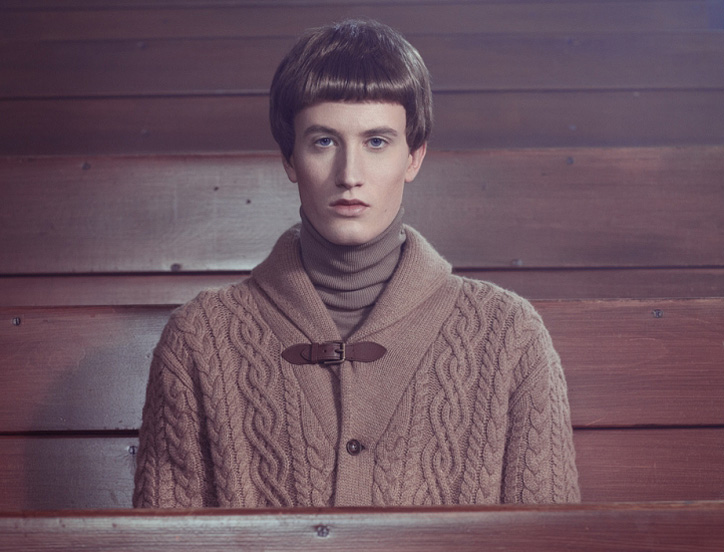 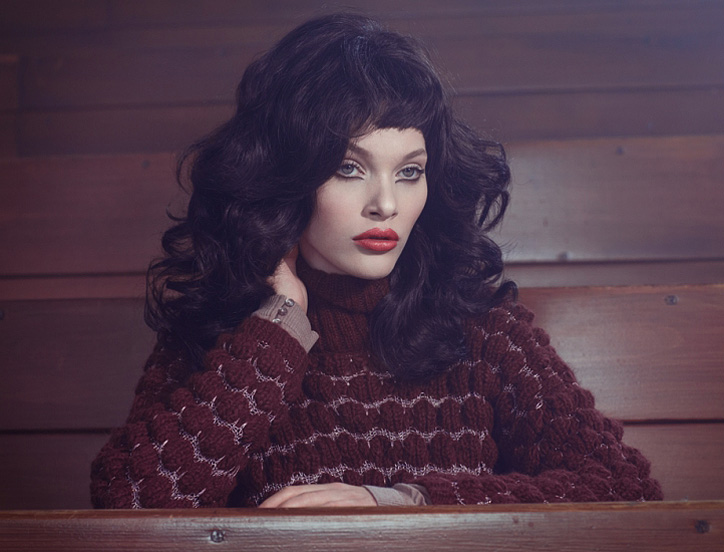 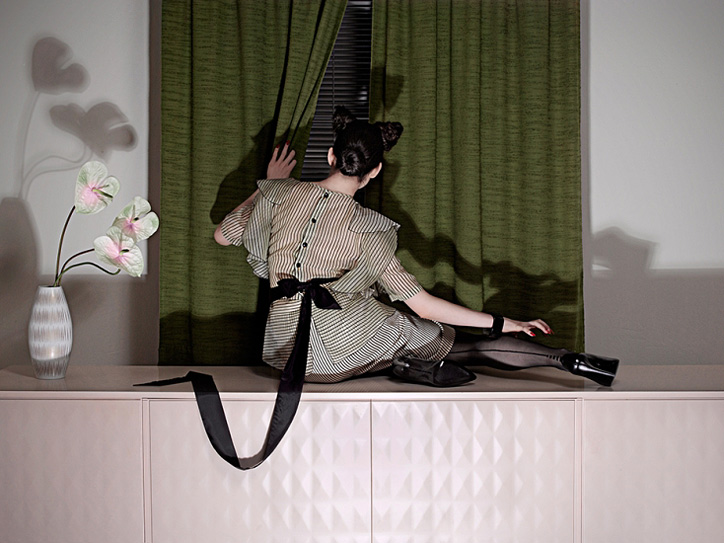 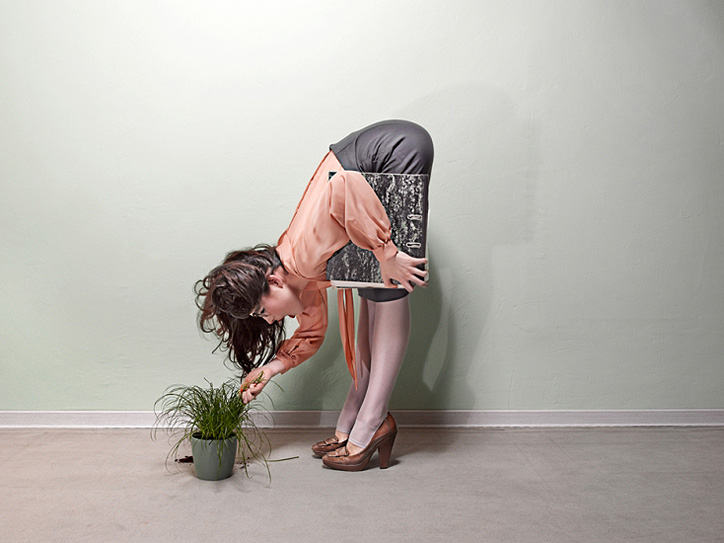 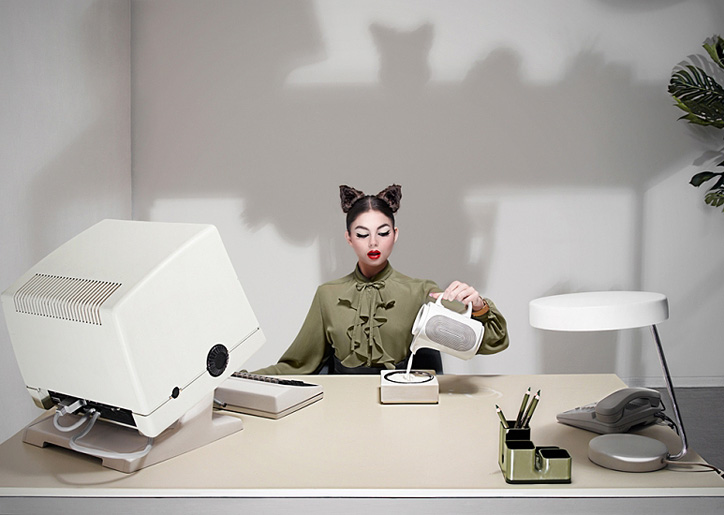 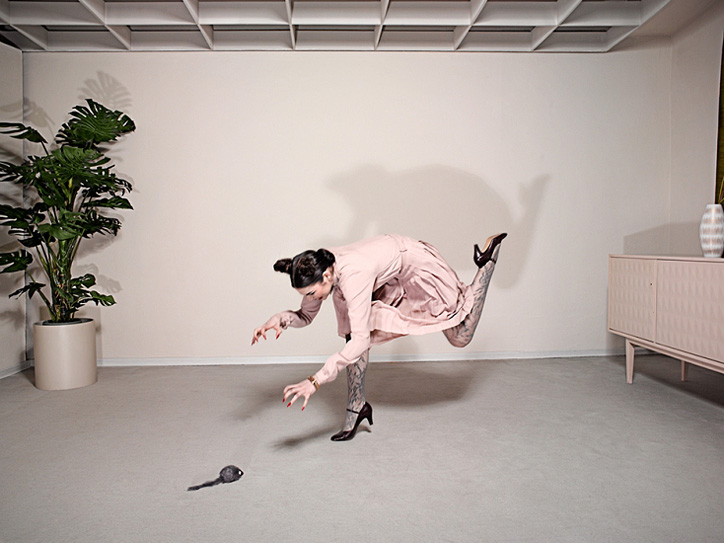 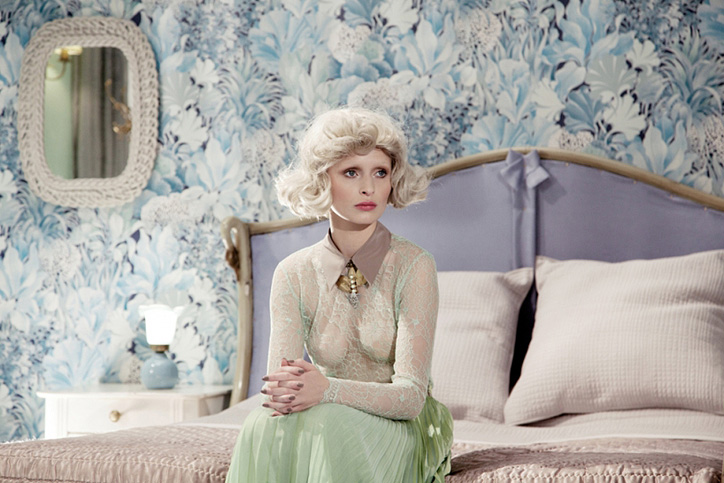 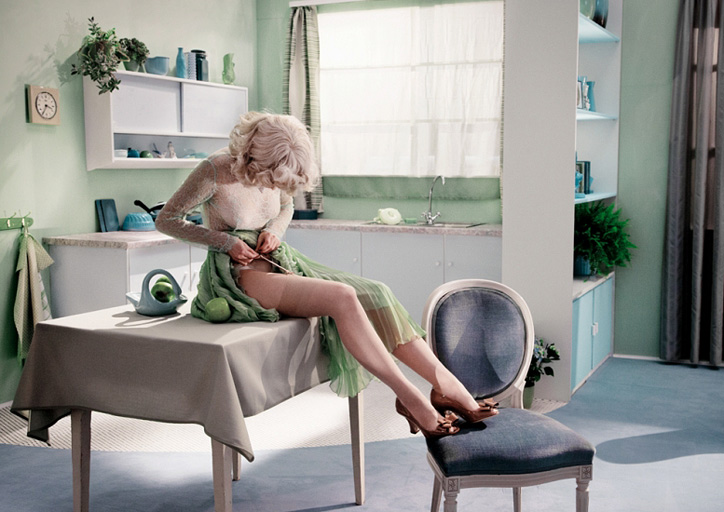 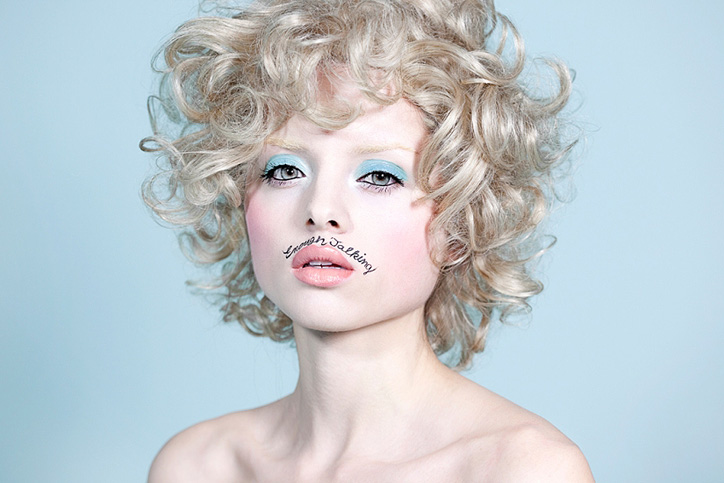 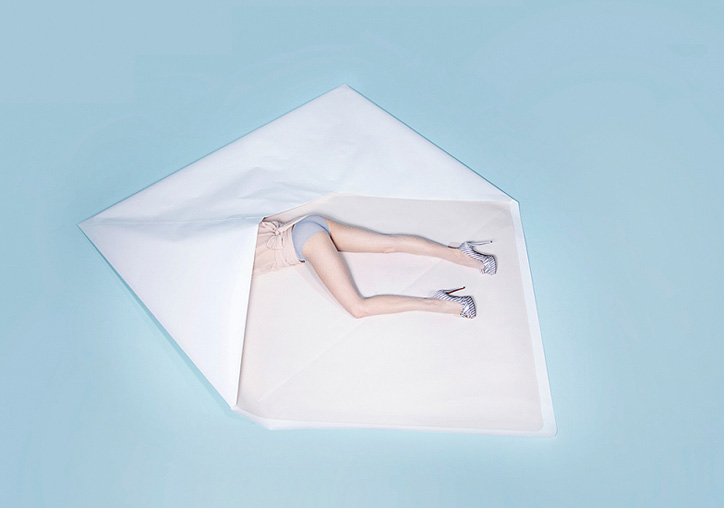 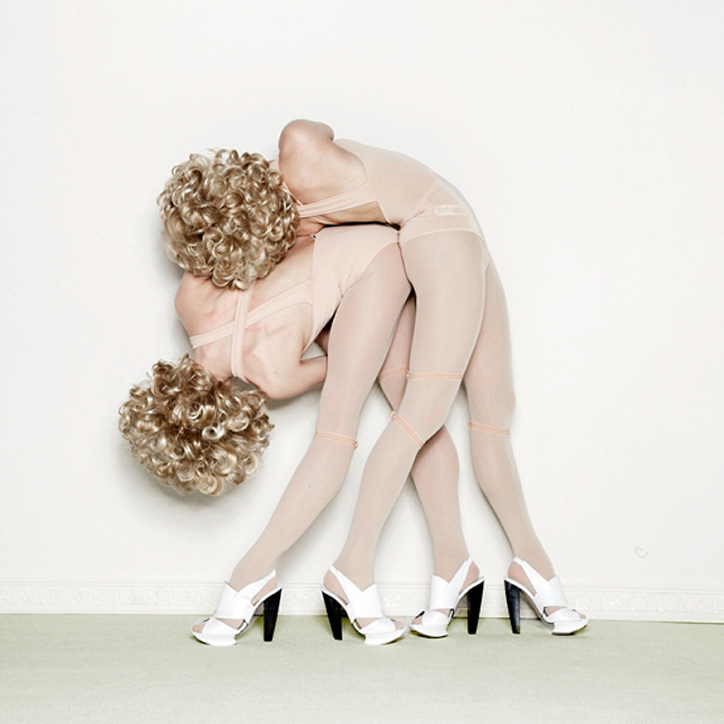 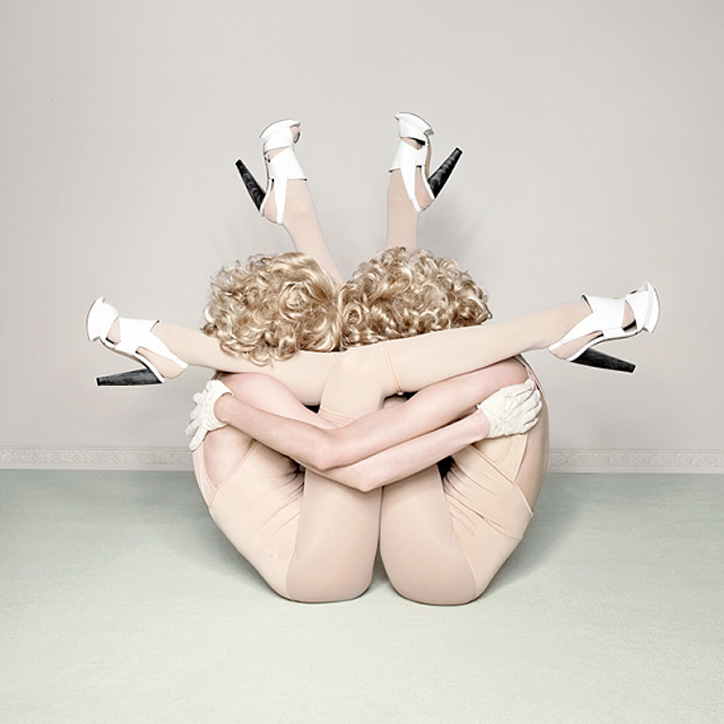