From her bedroom to ours 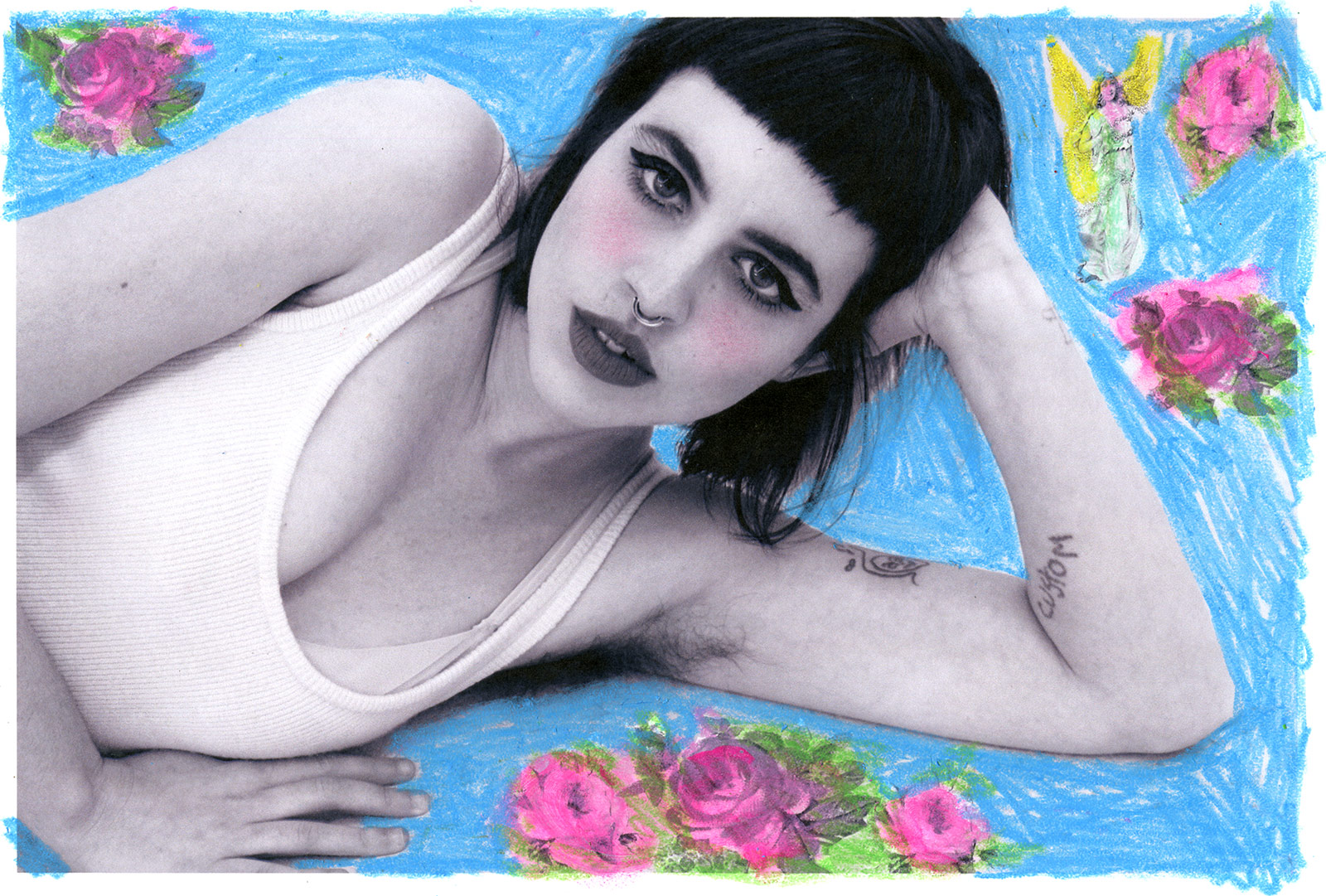 Digital artist, blogger and webcam princess are just some of the things Molly Soda can be dubbed as. More than anything, she really is an internet queen, having mastered using digital platforms to create, share and sell art. Her work is usually described as having a 90â€™s net nostalgia aesthetic about it. Being constructed of sparkly gifs, curly fonts and emoji accessorized selfies, her online being gives off a make-belief fantasy vibe, but Molly Soda is very real. She proves, with her sincerity and willingness to be vulnerable, that digital art has potential to feel even more intimate and relatable than physical pieces. We chatted with Molly Soda about her sentiments on the internet.

Your social media use goes back a few years. How has your perspective and online presence evolved since you started?

It goes back more than a few years! I probably have content thatâ€™s around 10 years old on Xanga or Livejournal, where I first started blogging. The internet has evolved so much since I was introduced to it, and I have evolved along with it. Itâ€™s a natural progression from being a teenager exploring the web and using platforms such as the now defunct MySpace, to growing up a little bit and seeing that reflected in the way you portray yourself online. Growing up with the internet is strange because you can sort of â€śchart your progressâ€ť in this way, itâ€™s all archived for you.

Do you think real life relationships can in any situations be substituted with digital ones?

Iâ€™m not sure. I value my online relationships so much, but I want all of those relationships to extend to my real life as well. Some of them just canâ€™t because we donâ€™t all live in the same place. Itâ€™s amazing that you have the opportunity to connect with so many inspiring, talented, wonderful people via your computer screen, but in a perfect world I would want all of us to be connecting in real life as well. 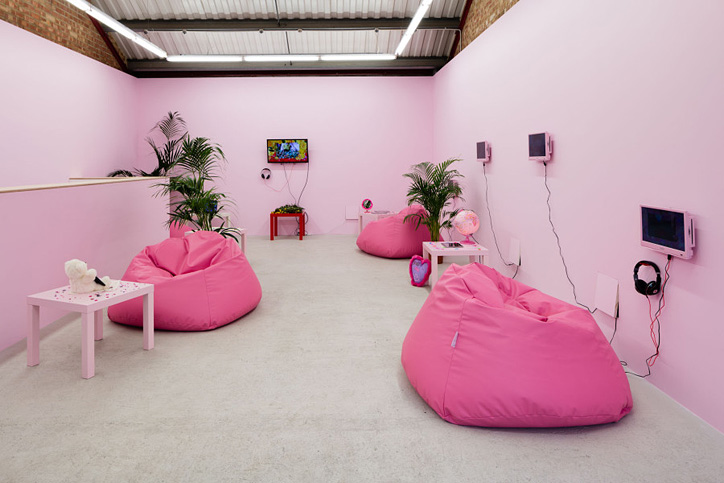 Have you ever had a friend who you liked more on the internet than in real life?

No! But Iâ€™ve definitely liked someone more in real life than who they are online, which is troubling to me because I believe who we are online is just an extension of ourselves â€“ so I donâ€™t really like to draw lines between the two.

What is your least favourite thing about the internet?

Having a crush on someone and being able to track and keep tabs on everything they are doing. The internet complicates romantic relationships for me â€“ thereâ€™s more reading into things, more over-thinking, more speculation, more jealousy. Iâ€™m still trying to figure it all out.

Is there anything you wish of technology, that hasnâ€™t been invented yet?

I want to be able to hold someoneâ€™s hand through my computer screen.

Do you use other outlets to create art? Or create stuff that you donâ€™t share online?

If I donâ€™t share it online itâ€™s probably because I donâ€™t care about it or like it. Even if I make physical work, I still want it to be somewhat accessible via the internet. For example, all of the zines I make are physical, you can purchase them but they also exist online for free. Access is super important to me.

You speak very openly about your insecurities. For those times youâ€™re feeling low, where do you turn to to feel empowered or confident again?

I tweet about it. I make a video about it and post it on YouTube. I love to over-share. Maybe itâ€™s a bit selfish but it never feels one-sided to me. Instead, itâ€™s like an invitation for everyone to openly discuss their feelings if theyâ€™d like to. Itâ€™s immediate satisfaction. Itâ€™s comforting to know that other people feel or have felt the same way, in the moment. Itâ€™s like everyone is collectively rubbing my back. If that doesnâ€™t work Iâ€™ll watch some Bjork videos or call a friend.

What are the first things to pop into your mind as your favourite things ever?

Soda water out of a glass bottle, the mall, very large mugs, when someone you really like favorites a tweet.

Who do you sense to be your main audience?

Mostly women, around the same age as me, maybe a bit younger than me. At least, those are generally the people I am relating to and responding to when Iâ€™m online.

Do you interact with your followers a lot?

Every day! My followers are my friends. The word â€śfollowerâ€ť is kind of bumming me out right now. Feels negative.

Iâ€™m guessing your work can allow you to work from wherever there is internet. Do you prefer to wander around a lot or stay in the same place?

I do a bit of both! Iâ€™m based in Detroit, which is where I make the bulk of my work, but I get really restless and stir crazy if Iâ€™m here for longer than, say, a month. I like to travel, but with a purpose. Essentially I just like to be anywhere where I am busy and stimulated. 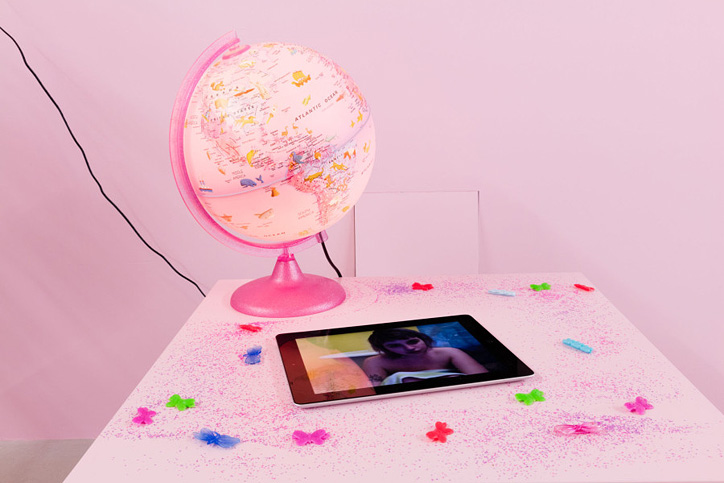 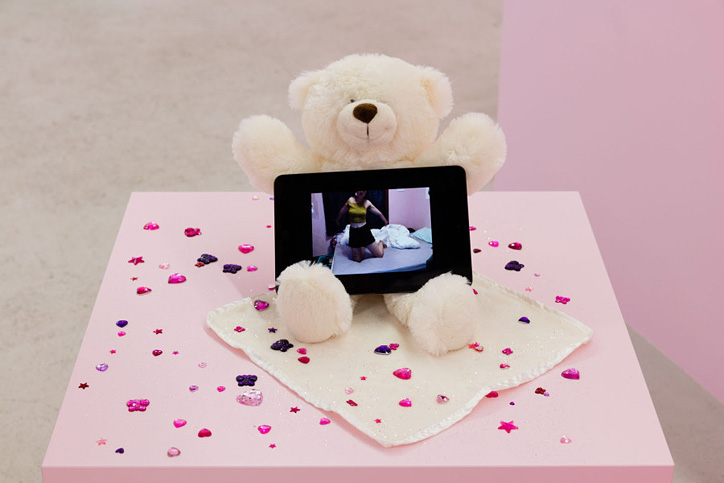 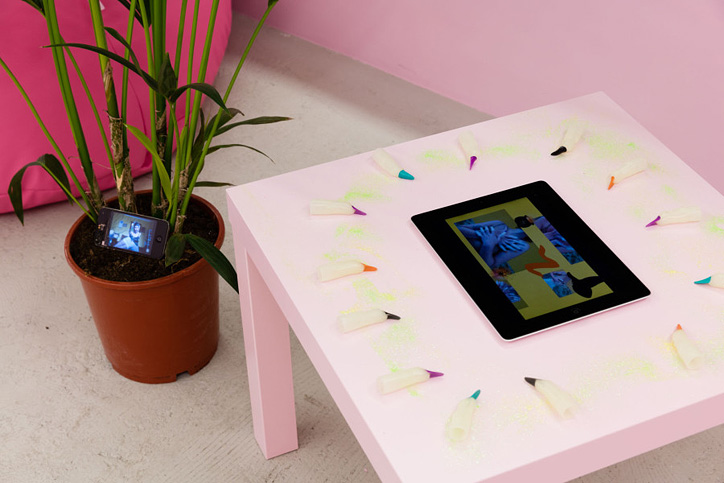 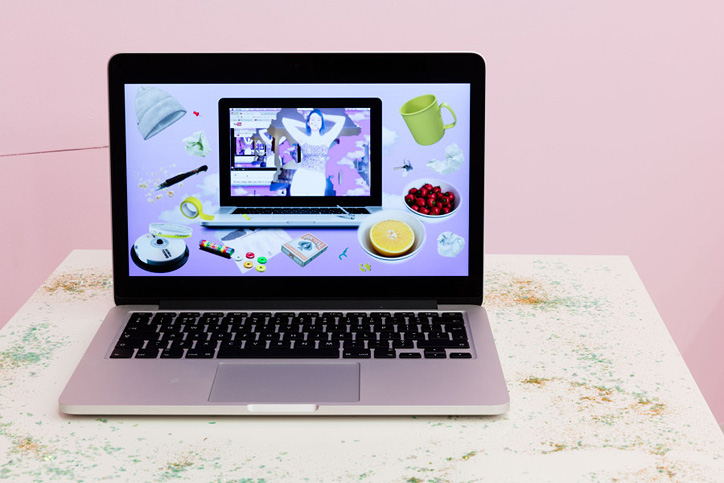 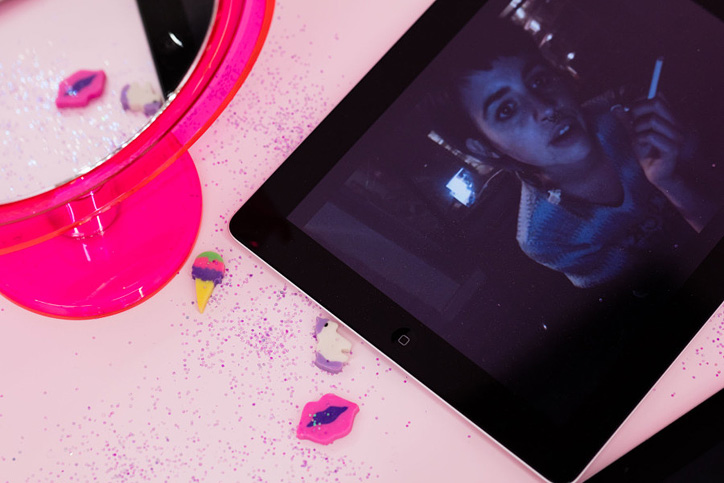 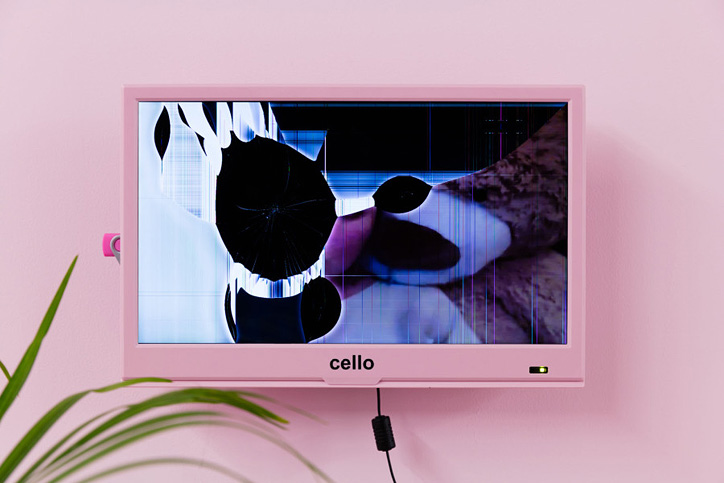 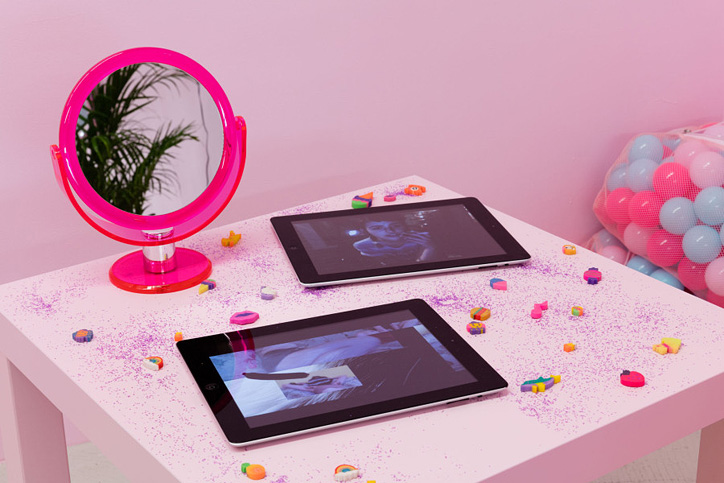 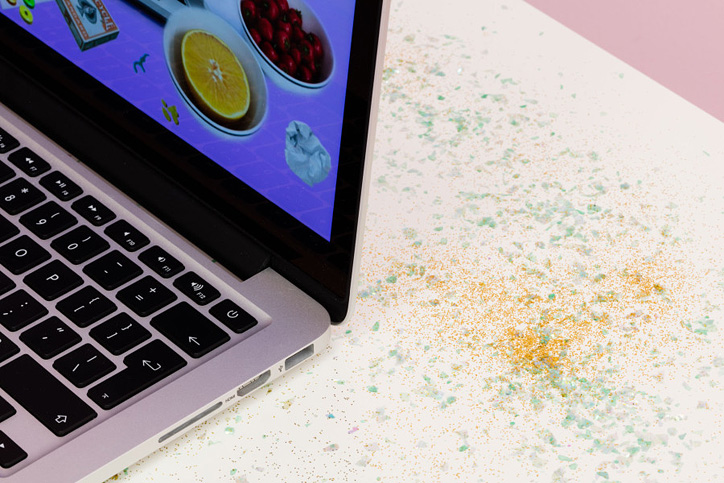 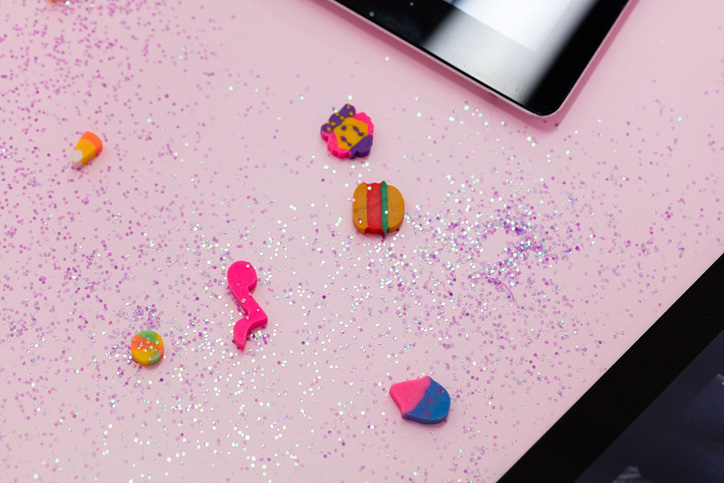 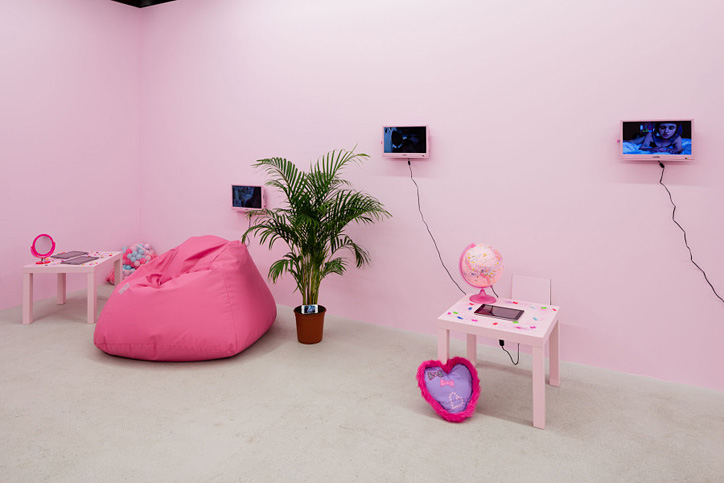