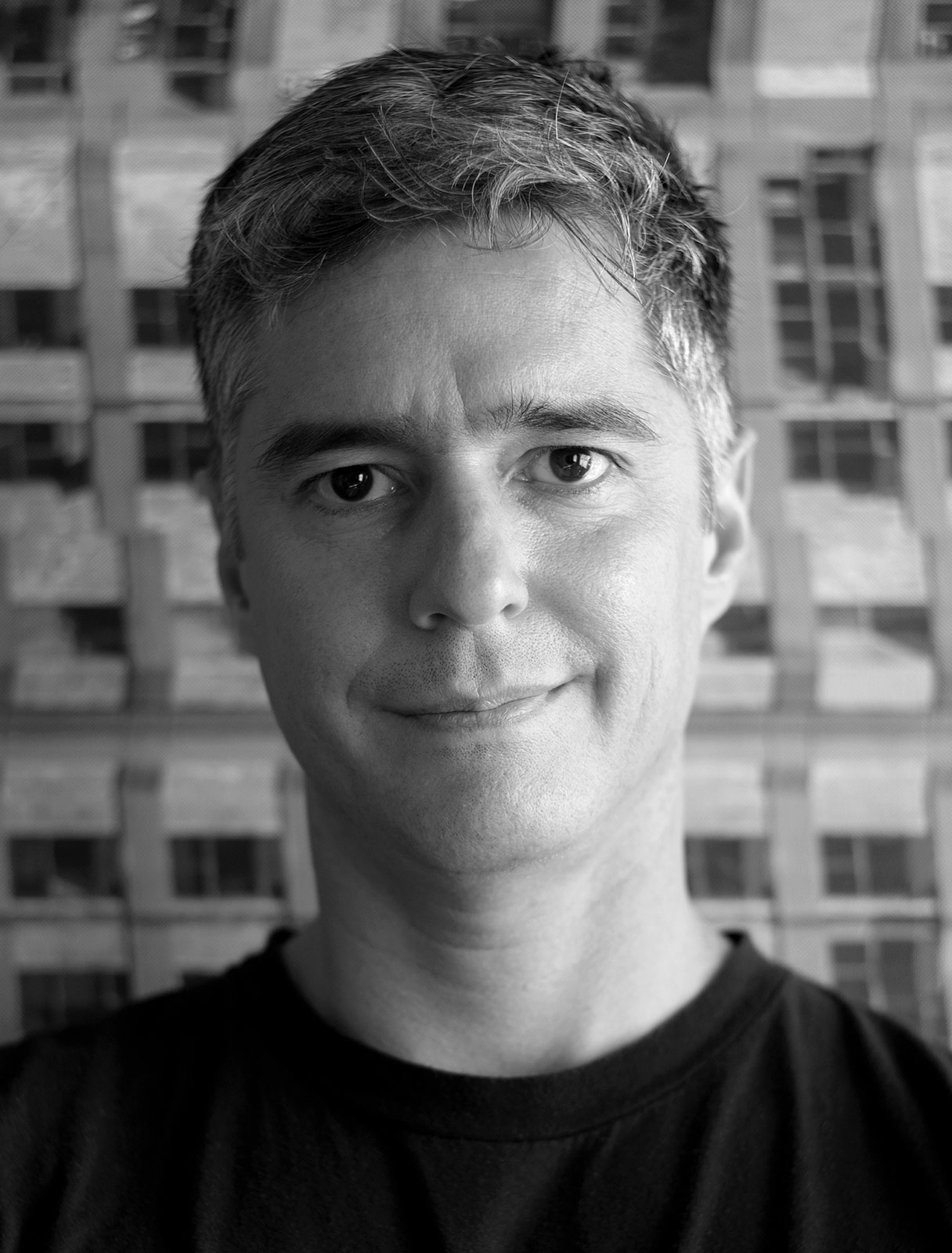 With his ongoing project Silent Observers • DTLA, Venezuelan-born, Los Angeles-based visual artist Miguel Rodriguez forefronts magnificent and often underrated details of downtown LA’s historical and contemporary architecture.
Miguel Rodriguez hates being photographed. There are childhood portraits to prove that, he says. “I feel way more comfortable behind the lens than in front of it.” He thinks that’s why he is not a ‘people photographer.’ “Why do to others what I don’t like for myself?”

Instead, Rodriguez’s subject is architectural, because “architecture is one of the most tangible and ubiquitous creations of human consciousness.” In his Silent Observers series though, “the real protagonist is the ever-changing light” that animates the static structures. What fascinates him as a photographer is a fundamental, transformative relationship between architecture and light. In his words, the project shines “a figurative and literal light onto the constant transformation that imbues the historical and contemporary facades with life as the sun traverses the sky.”

Rendered in black and white, stripped away from distractions, the stills focus purely on architectural shapes, ornamentations, volumes, textures and contrast. Absence of colour, Rodriguez says, “creates a layer of separation from the subject, facilitating a new perspective where volumes and patterns emerge.”

Using still and time-lapse photography, the artist’s observation of LA’s rapidly-changing skyline reveals overlooked architectural patterns and impalpable transformations. As Rodriguez says, “Silent Observers is more than an architectural catalogue of Downtown Los Angeles. It is an homage to the only constant in life: change.” 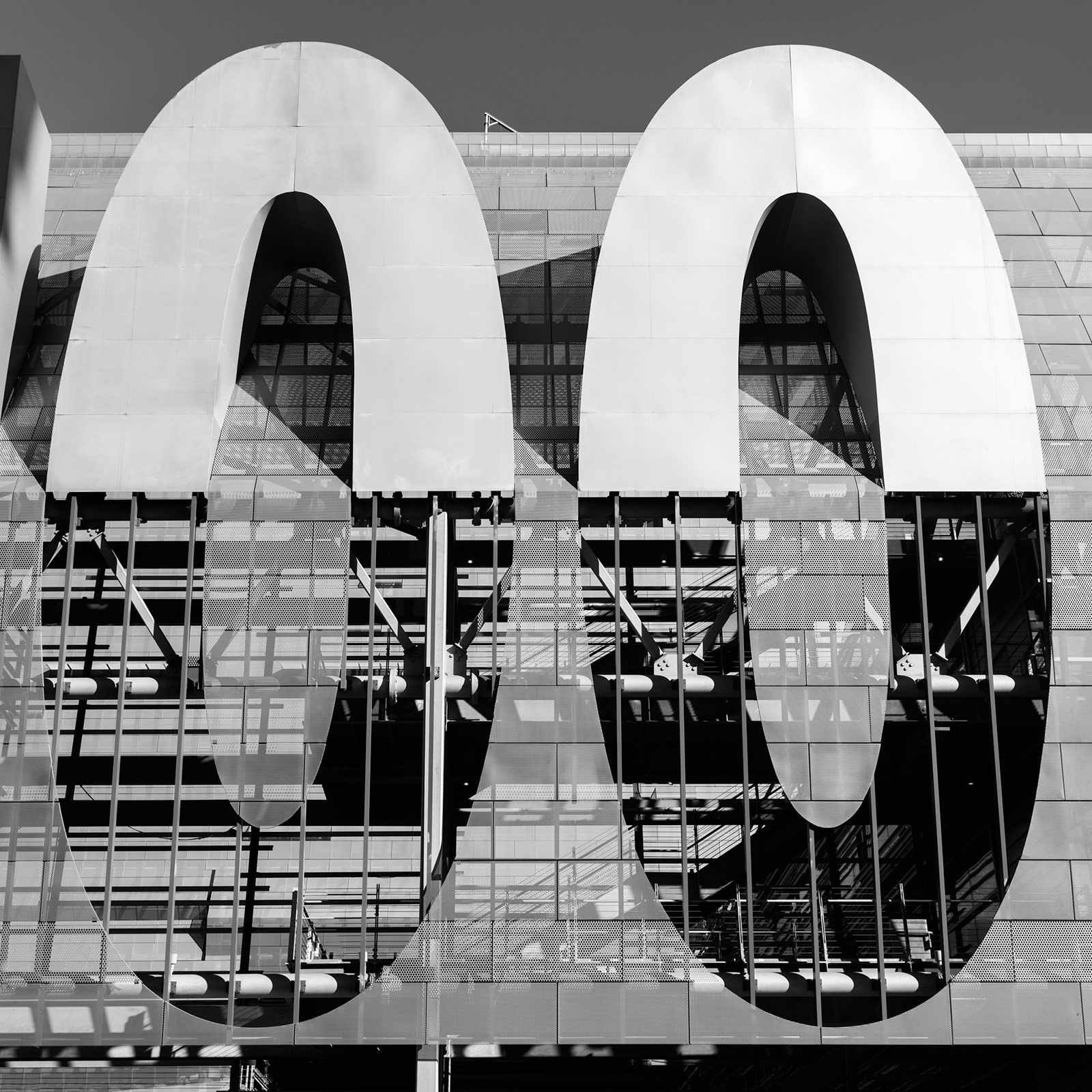 You have had a camera around you since childhood and have been shooting ever since. But do you remember when you first considered photography as a career?
That happened in my college years. I majored in Communications with a TV and film minor. There I took photography classes and homed in the theory and technical aspects of the art. Coming out of college, my plan was to become a director of photography. Right out of school I got hired by a production company as a camera operator and editor.
As life goes, for one reason or another, the editorial side took me deeper and deeper into post-production and the world of motion graphics. So even though I never stopped shooting, I’m not a career photographer. As much as it is a skill that I constantly use in my commercial work, photography became more of a creative outlet that manifests itself in projects like Silent Observers • DTLA.
What is it about architecture that captivates you as a photographer?
Architecture is one of the most tangible and ubiquitous creations of human consciousness. We are literally immersed in it, designing the spaces we live in. What started as a shelter-making skill evolved to become a fundamental part of our societies, reflection of the socio-economic, cultural, technical and artistic context of its time. With this in mind, I’m attracted to the elements, aesthetic or functional, that give a building a unique character and soul.
As a photographer I’m captivated by the primal relationship between architecture and light. Quoting Le Corbusier: “Architecture is a learned game, correct and magnificent, of forms assembled in the light.” The way a facade or an interior space illuminates. The balance between forms and light, composition, volumes, textures, patterns and shadows.
You have worked as a commercial artist for the entertainment and advertising industries. Are there any ways in which these commercial jobs affect your more artistic expression and vice versa?
They complement each other. With personal projects I can dive into free creative explorations without the inherent constraints of the commercial world, where you are working to achieve, and hopefully enrich, a client’s vision. Thanks to those free explorations, new techniques and discoveries end up as part of the artistic palette that can be used in creative commercial endeavours. From the commercial side, I’ve learned skills, tools and methodologies that allow me to execute the free-flowing projects of artistic expression. It’s a feedback. 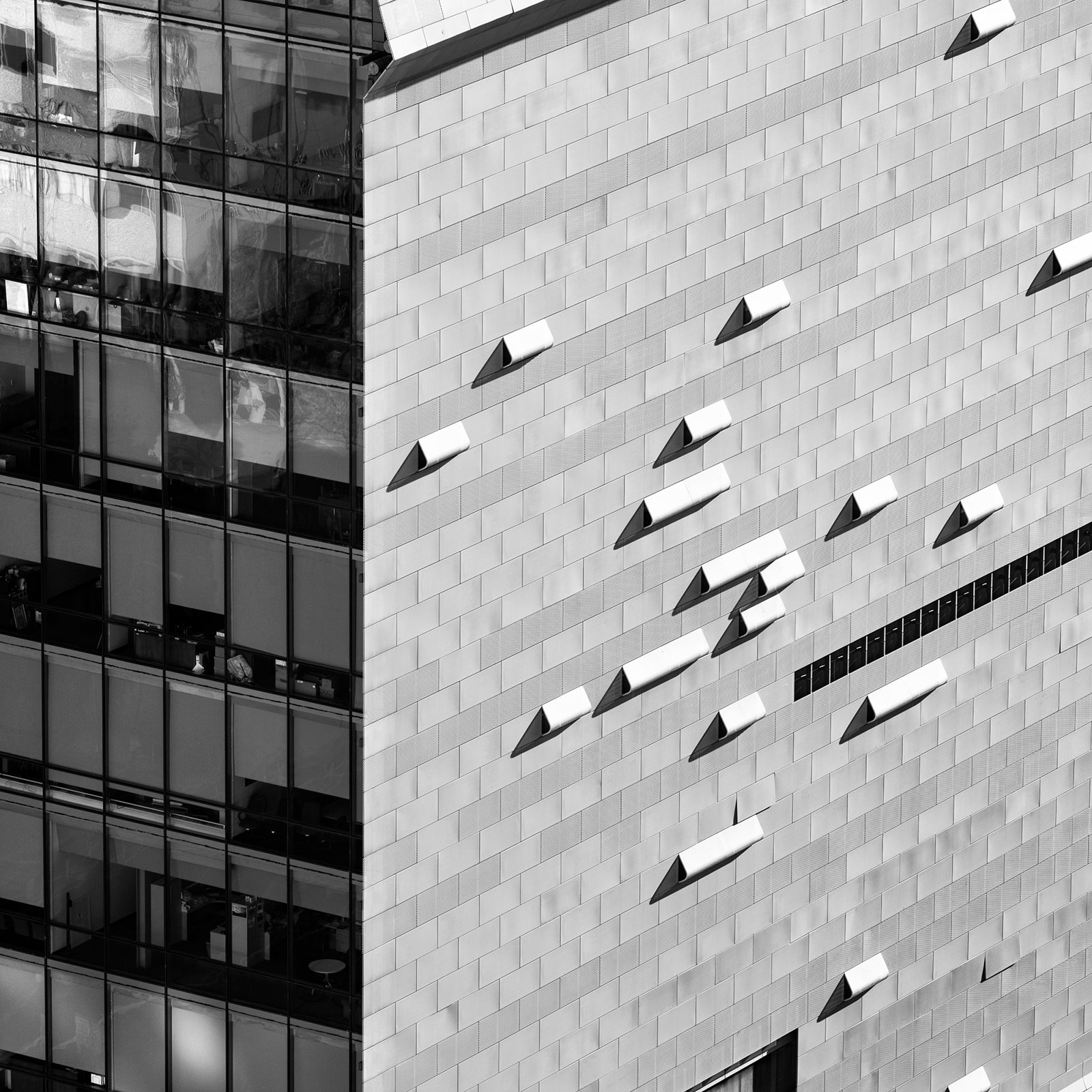 I understand your photography process involves calculations, using Google Maps and Google Earth. Tell us more about your process and considerations photographing architecture.
In photography, you paint with light. This can be an active process when you consciously manipulate a natural or artificial light source to achieve the desired mood. Or passive, when you adapt to the present light conditions or wait for the right moment to happen. Parting from the relationship between architecture and light, I chose to work with the existing light. The same light is taken into consideration by the architect(s) when designing the building.
It is key for me to know the best time to photograph a specific building facade as it is totally dependent on the sun’s position in relation to it – more so by the fact that I’m doing both still and time-lapse photography. I have to commit to the location for as long as it takes for the time-lapse to work – usually a couple of hours. It’s all about being in the right place at the right time.
Google maps and Google Earth, as well as The Photographer’s Ephemeris app, are great tools for this. With them, I chart the location of the buildings I want to cover. They also allow me to know the time of the day and year the sun’s position is at the right angle for a specific building. With this information, plus visits to the location to see what is really happening, I can create a shooting schedule, and also have a couple of backup locations available in case the intended one is not working. Time-lapse photography is a slow process. I can only do a few shots in a day. These tools significantly help to minimise guesswork.
In an interview, you have mentioned that “buildings have been symbols of cultural achievement, power, and technological progress.” What would you say your photographic work symbolizes?
Silent Observers is more than an architectural catalogue of Downtown Los Angeles. It is an homage to the only constant in life: change. It showcases the evolution and different periods of the city reflected in its buildings. Simultaneously, it shines a figurative and literal light onto the constant transformation that imbues the historical and contemporary facades with life as the sun traverses the sky. Hour to hour, day to day, season to season, a continuous dance of shadows and light animates the otherwise static structures. The building you see in the morning is not the same in the afternoon glow. The subject is architectural, but the real protagonist is the ever-changing light.
Downtown LA’s architectural landscape is a recurring subject in your Silent Observers series. What draws you so much to LA cityscapes?
Downtown Los Angeles has a wonderful and somewhat underrated collection of buildings from the late 1800s to this day, all confined in a relatively small space. You can clearly appreciate the evolutionary stages and history of the city through the distinct styles of architecture present in approximately 15x15 blocks. Such characteristics make it ideal for a project like this.
At the same time, the area is going through a major process of socio-economic transformation. Until recently, a mainly commercial-financial-governmental real estate is rapidly transforming into mix-use, with a big push for residential. Multiple developments have sprung in the last ten years. New structures and restorations abound, changing the skyline rapidly. Thousands of new residents are moving in, transforming the landscape and the energy once again. I felt it was a good moment to capture.
Your architectural photographs embalm the hidden details of the buildings that people look at every day but never really see. What do you look for when you photograph? What should a building have to attract the attention of your lens?
It is mainly a subjective process; it has to catch my eye. If I like it, I will photograph it. It can be the style, design elements, ornaments and decorations. The textures and how the materials interact with the light. The shapes and patterns hidden in plain sight. After that initial attraction, there are a few other considerations that come into play – its historical and cultural relevance. Is it a landmark? Is it a clear example of a defined architectural style? But at the end of the day, if I’m not attracted to it, I’ll most likely skip it. 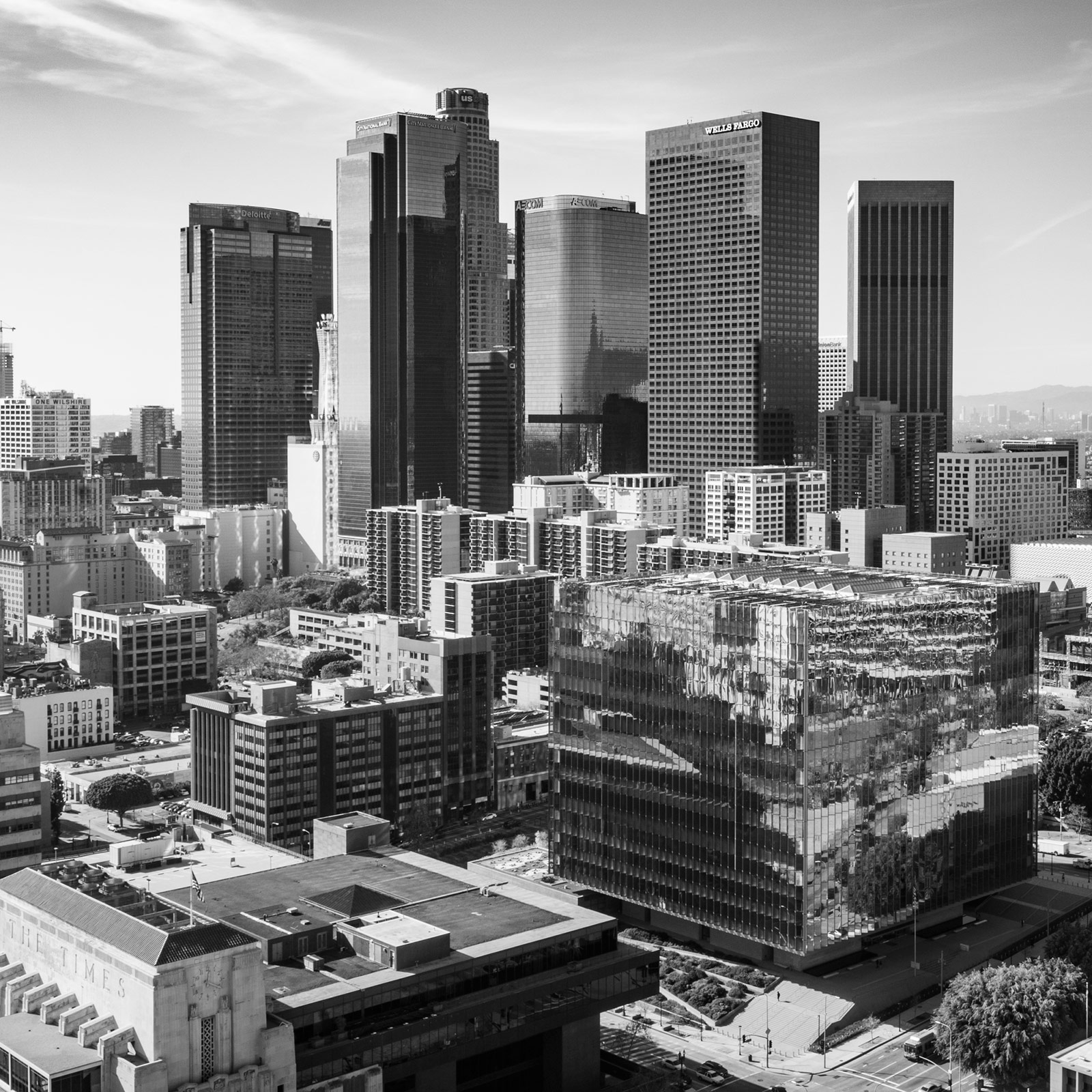 You have mentioned in an interview that you have never been much of a people photographer. Why is that?
I’ve narrowed it down to not being a fan of posing for photos – I have childhood portraits to prove it. I feel way more comfortable behind the lens than in front of it. I guess that’s why I’ve never really explored portraiture. Why do to others what I don't like for myself? I do enjoy it within the context of street photography, where it's organic and not staged. Perhaps it is something I’m going to have to dive into, get out of my comfort zone. Could be good therapy.
Your photographs of buildings are mainly in black and white. What do you think the absence of colour allows you as a photographer and your audience as a viewer?
For this particular project, I feel colour is a distraction. It’s all about shapes, volumes, patterns, textures and contrast. By removing the colour, the viewer can focus their attention on the architectural and design aesthetics of the structures. It creates a layer of separation from the subject, facilitating a new perspective where volumes and patterns emerge. I left colour for the wide-shot skyline panoramas because it reinforces their impact as they are mostly golden hour setups. Likewise, all the time-lapse pieces are in colour, where it helps to convey the sense of transformation and change.
Due to Covid-19, your exhibition at REN Gallery in Downtown Los Angeles has closed. Similarly, many exhibitions have been postponed or closed and exhibits have been digitalized for viewers. What do you think will be the long-term implications on exhibitions post-quarantine? Do you think virtual exhibitions are the future?
Virtual exhibits have exploded during Covid-19 as a solution to an extremely disruptive, but temporary situation. As great as they are a tool for artists, galleries and the audience during this time, I don’t think they will replace the real-life experience and connection that happens when viewing artworks in person. There is too much ‘distance’ between the viewer and the subject. The sense of intimacy, scale and texture are lost – not to mention three-dimensional and immersive artworks. They are a wonderful way to learn and view the work of new and old artists as well as a tool for galleries and artists to expand their reach.
It will definitely become more commonplace in the art world and exist in tandem with physical exhibits. But I don’t think they will replace the ‘real thing.’ What I can see happening is the surge of digital, interactive, virtual and augmented reality (VR/AR) driven artworks that live in a purely digital ecosystem, where a physical space is no longer required for it to be experienced and fully appreciated. 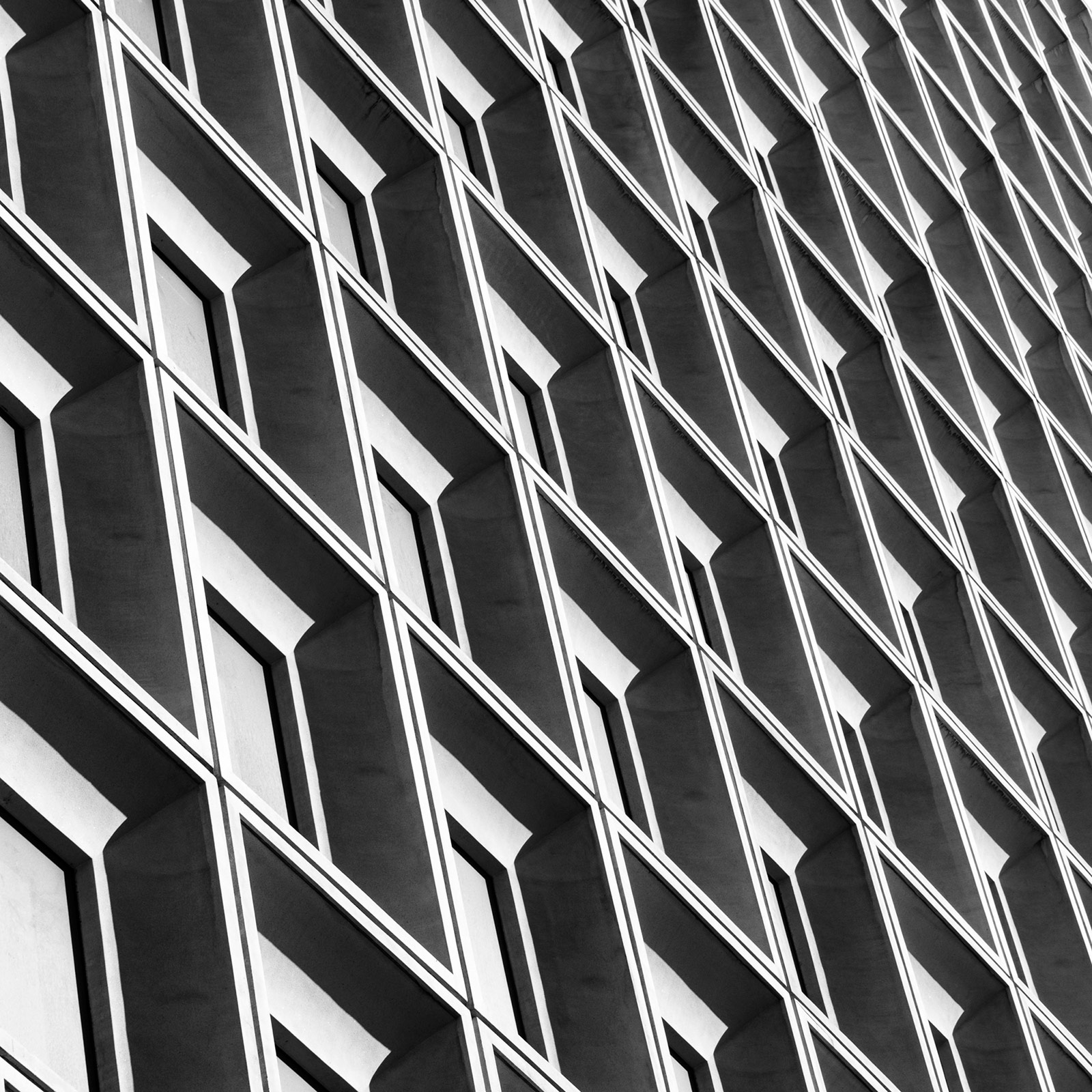 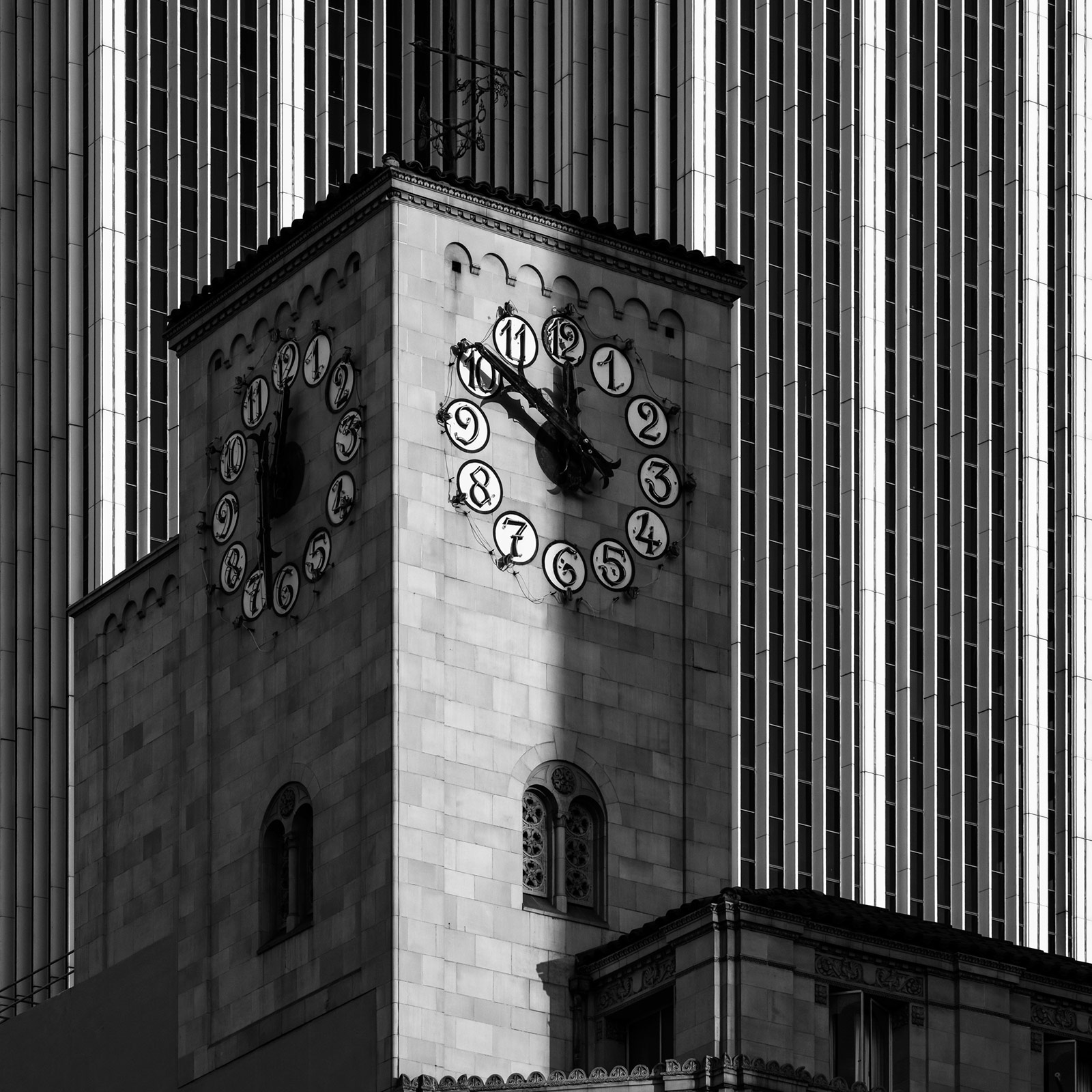 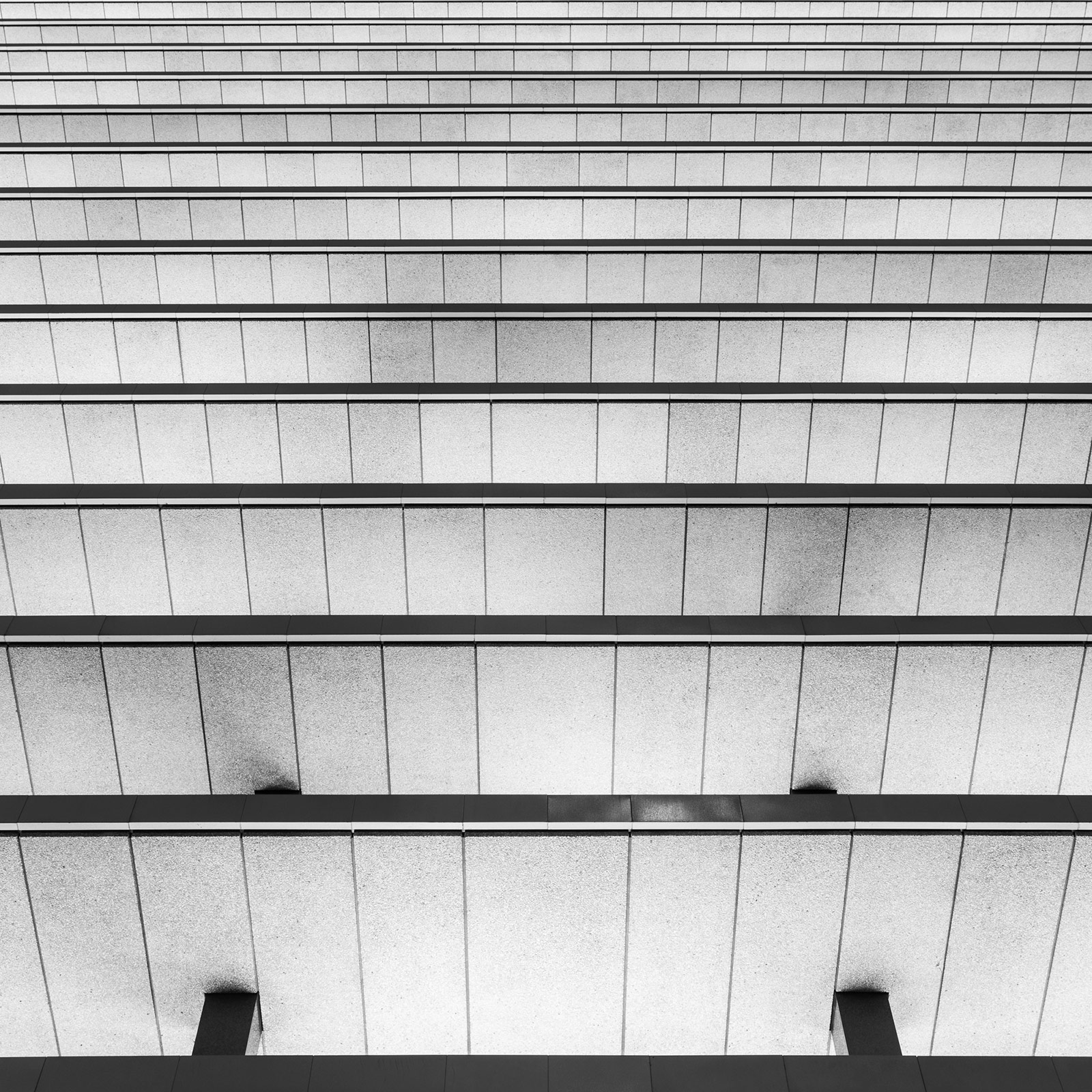 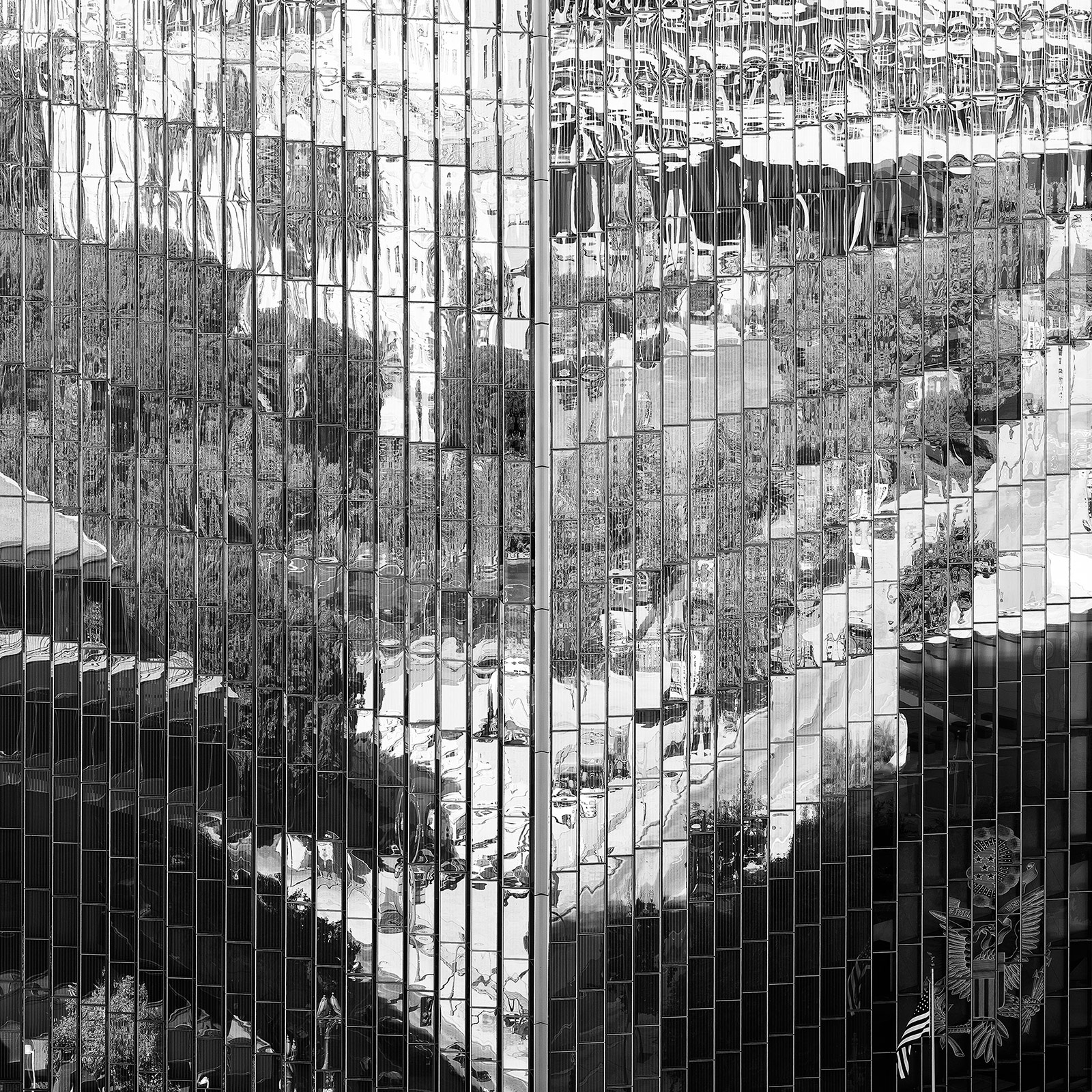 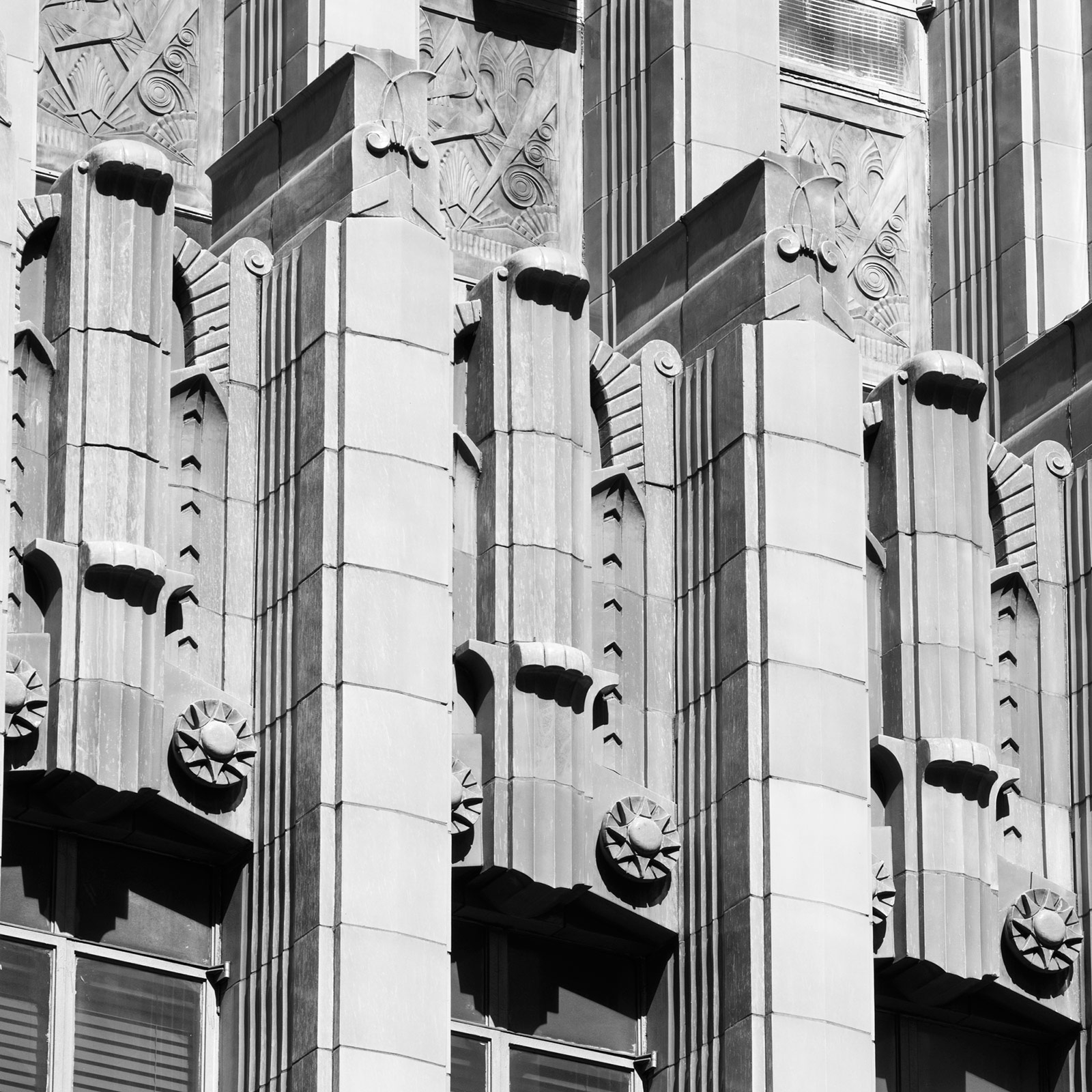 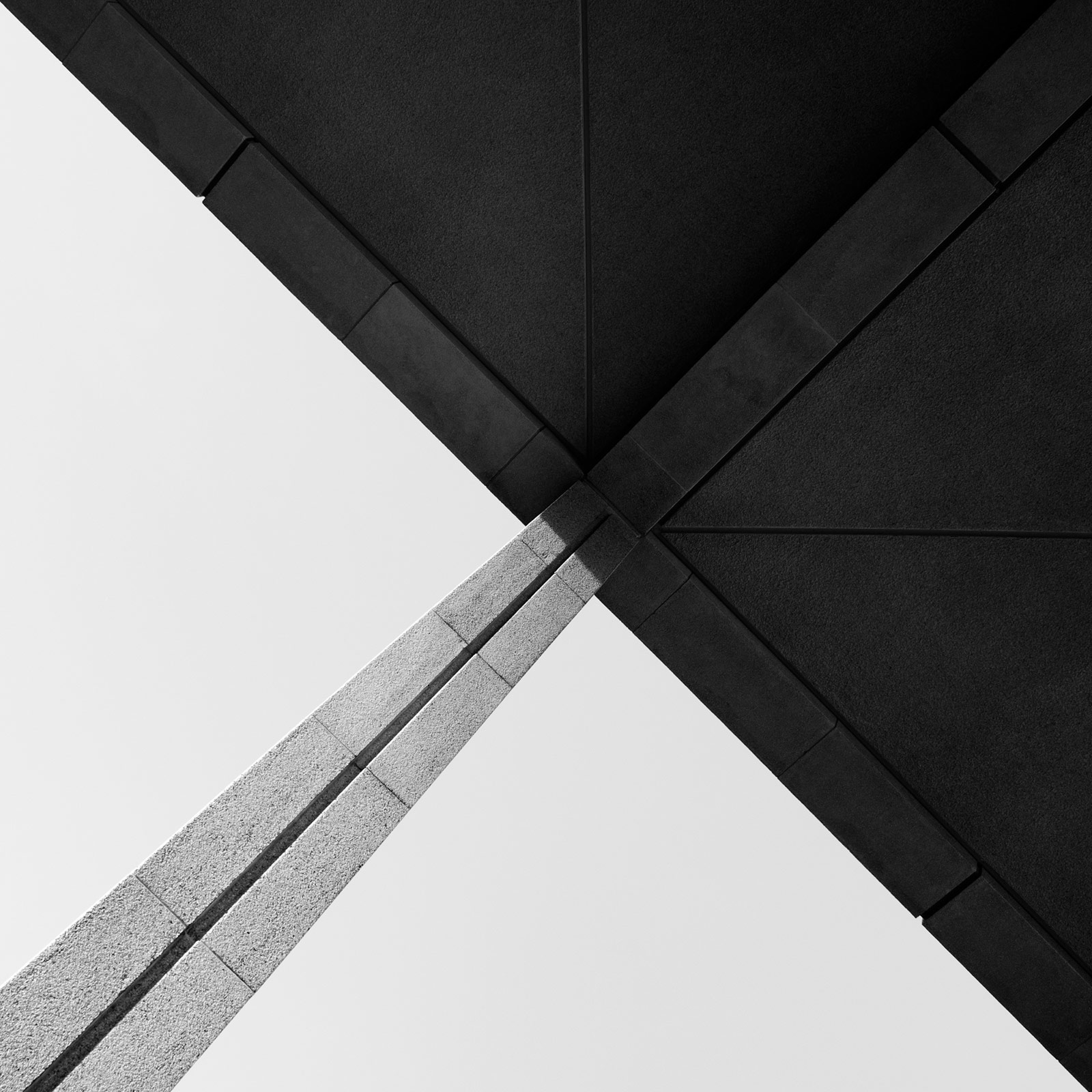 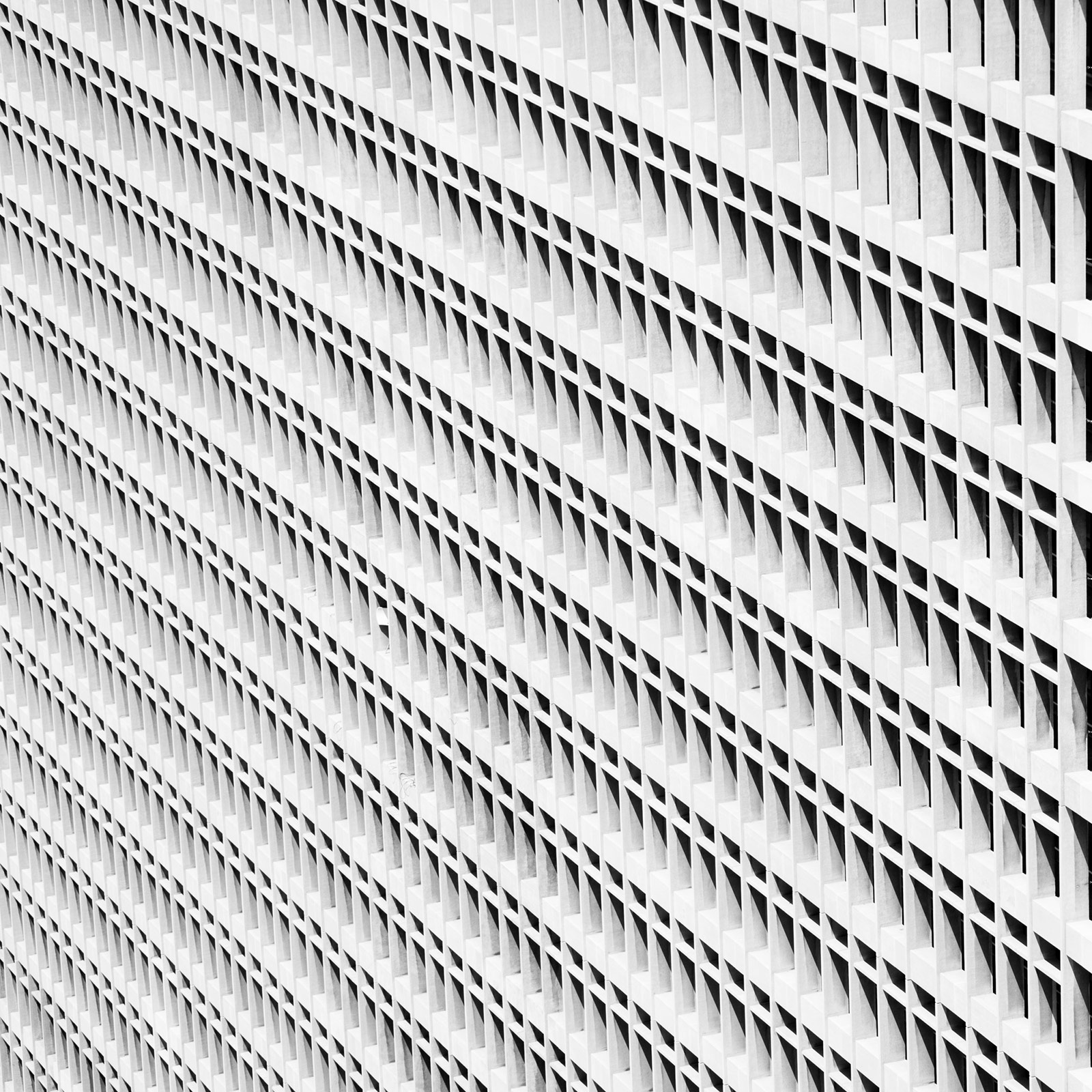 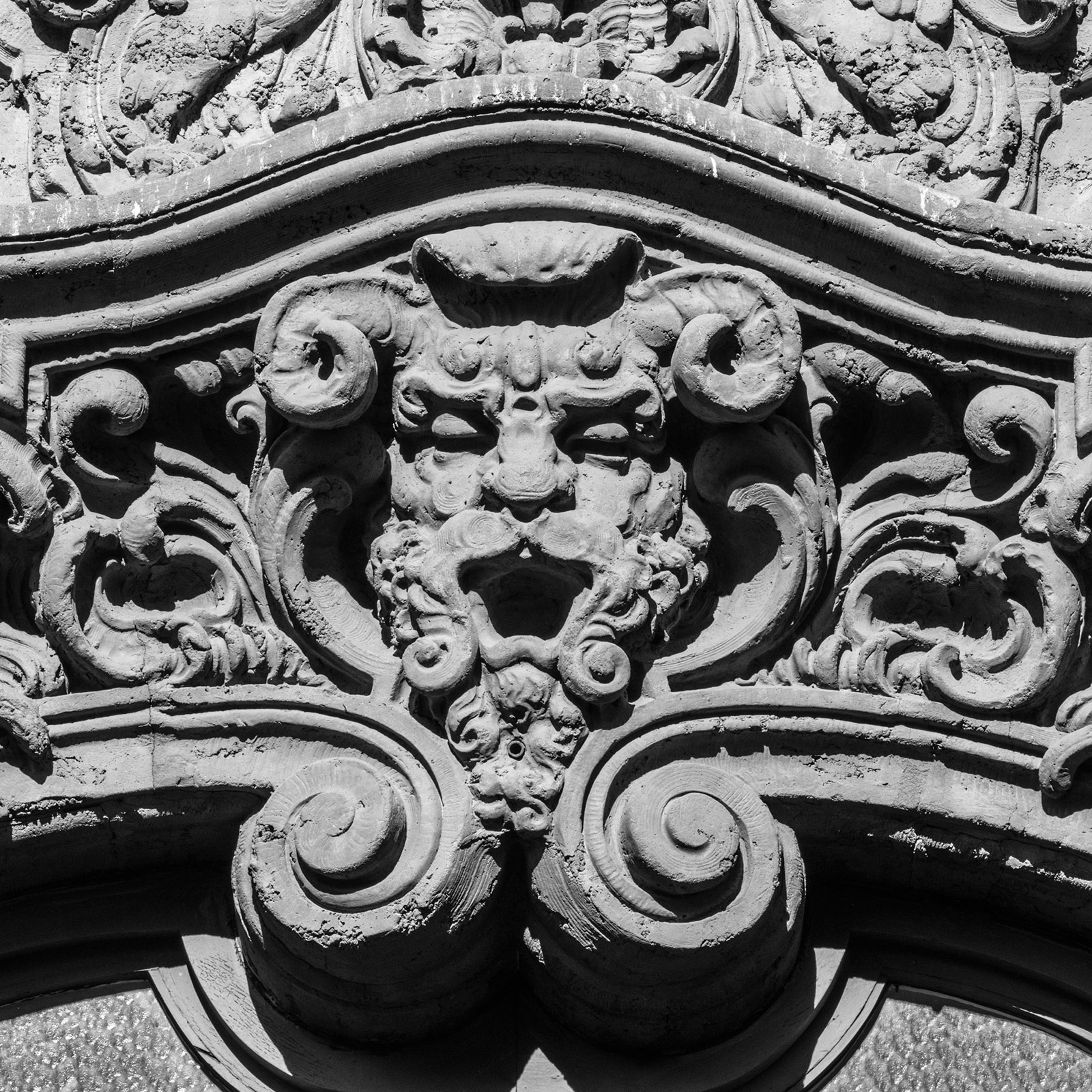 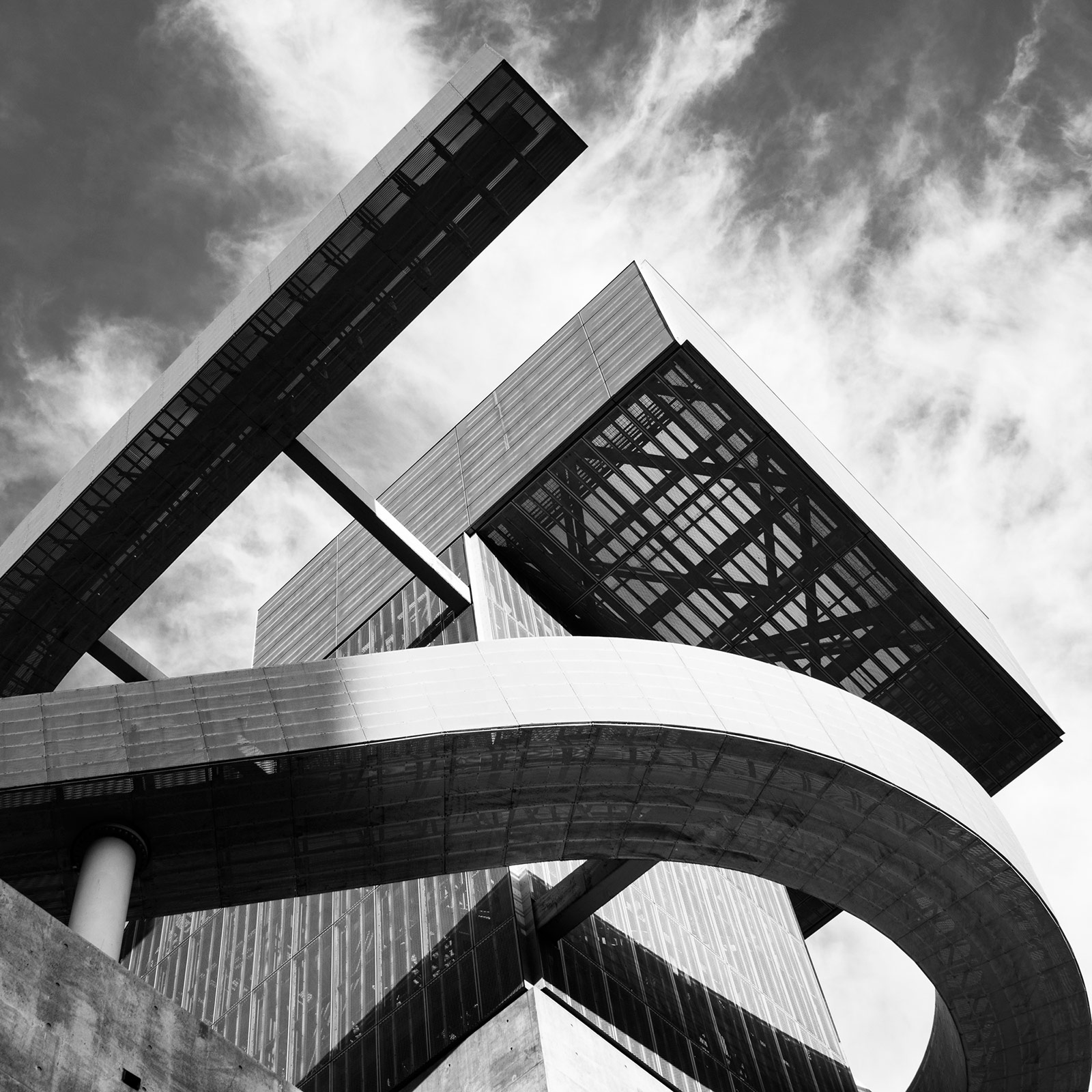 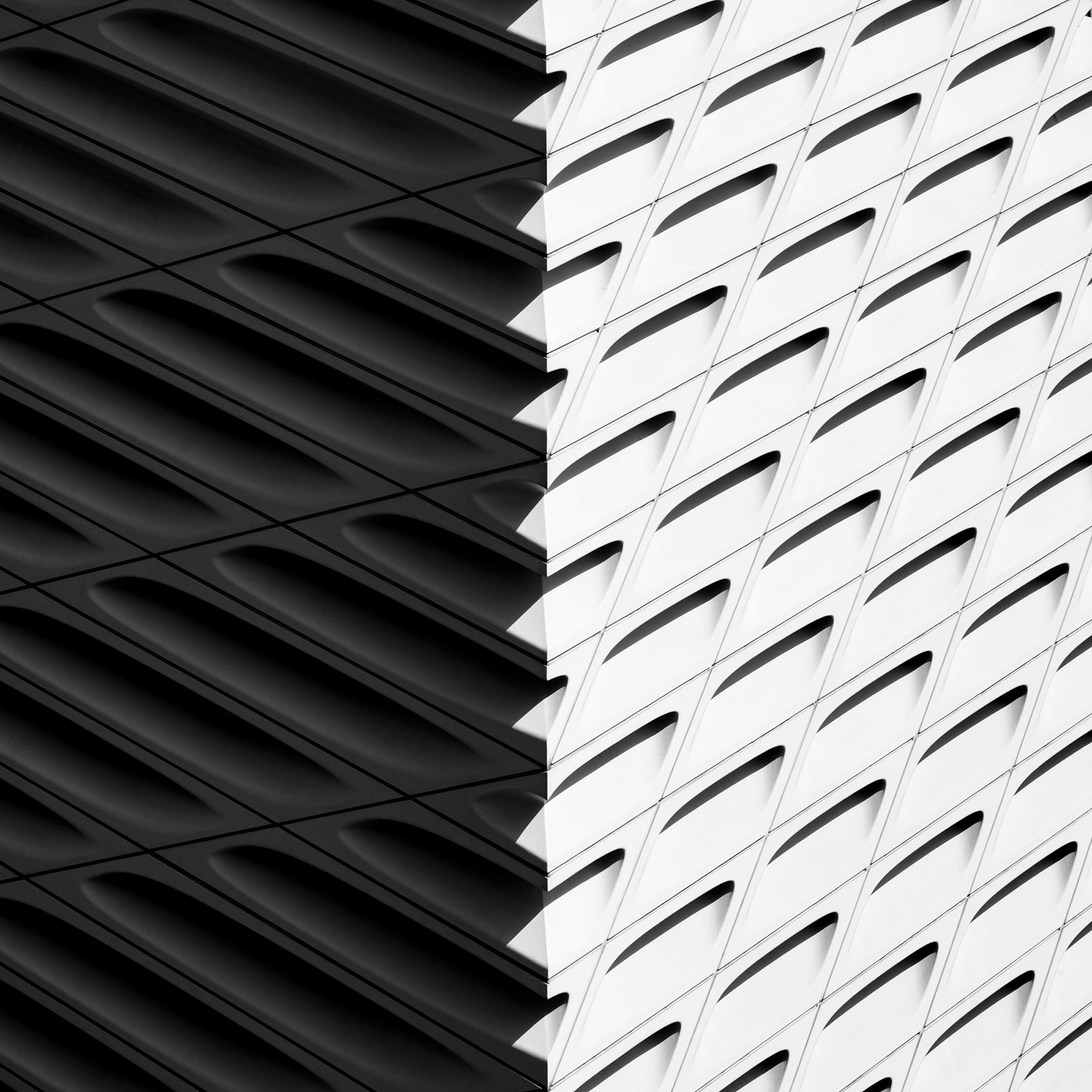 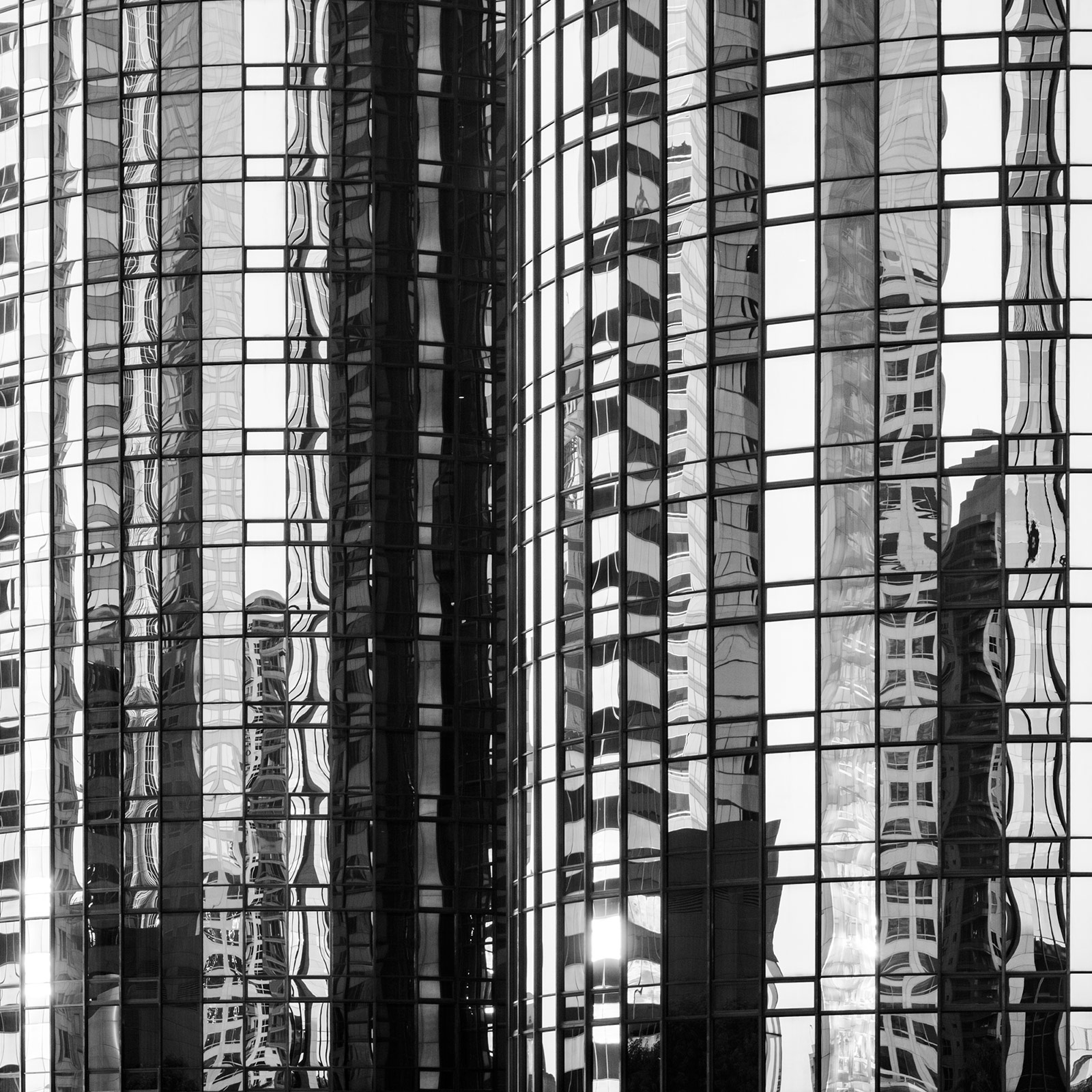 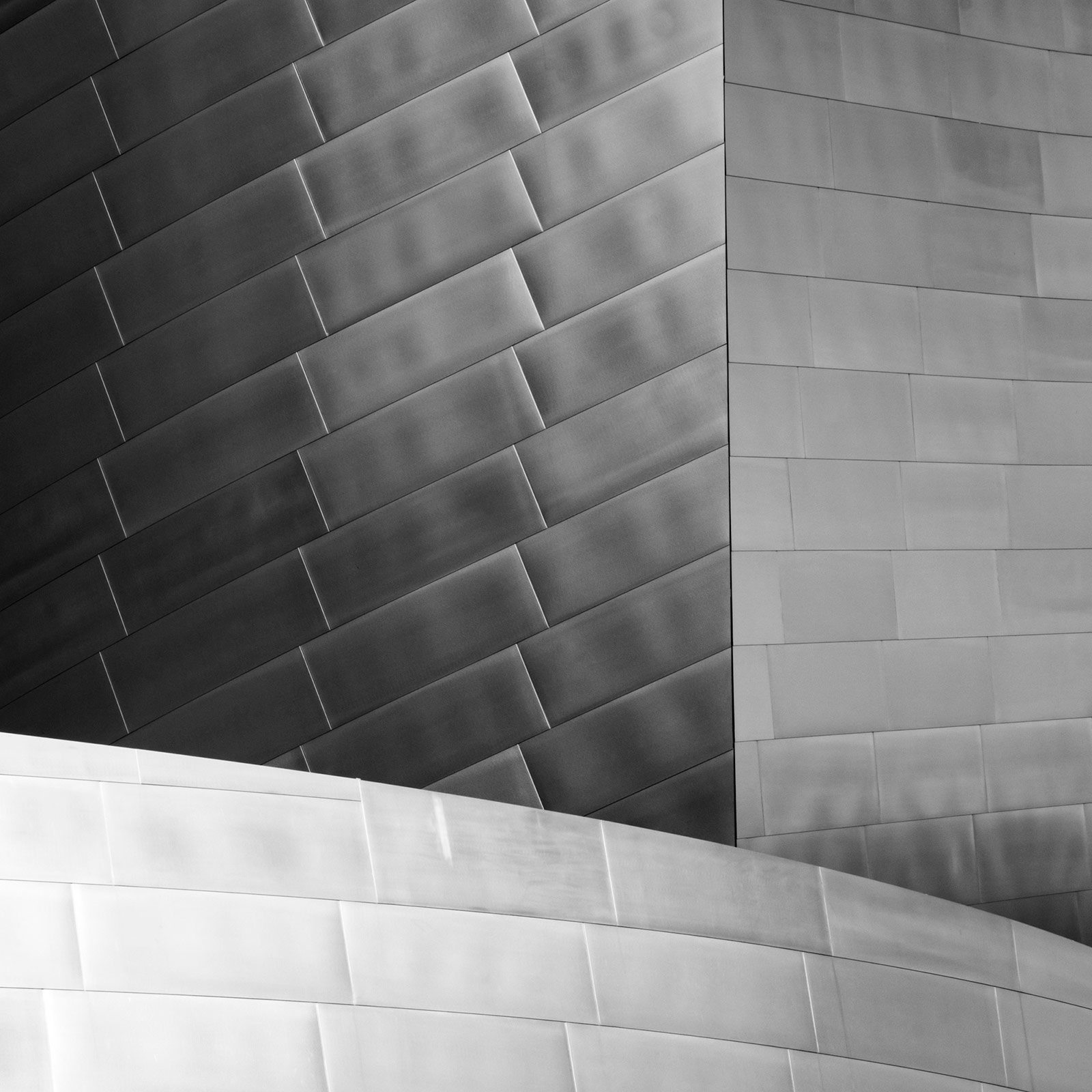