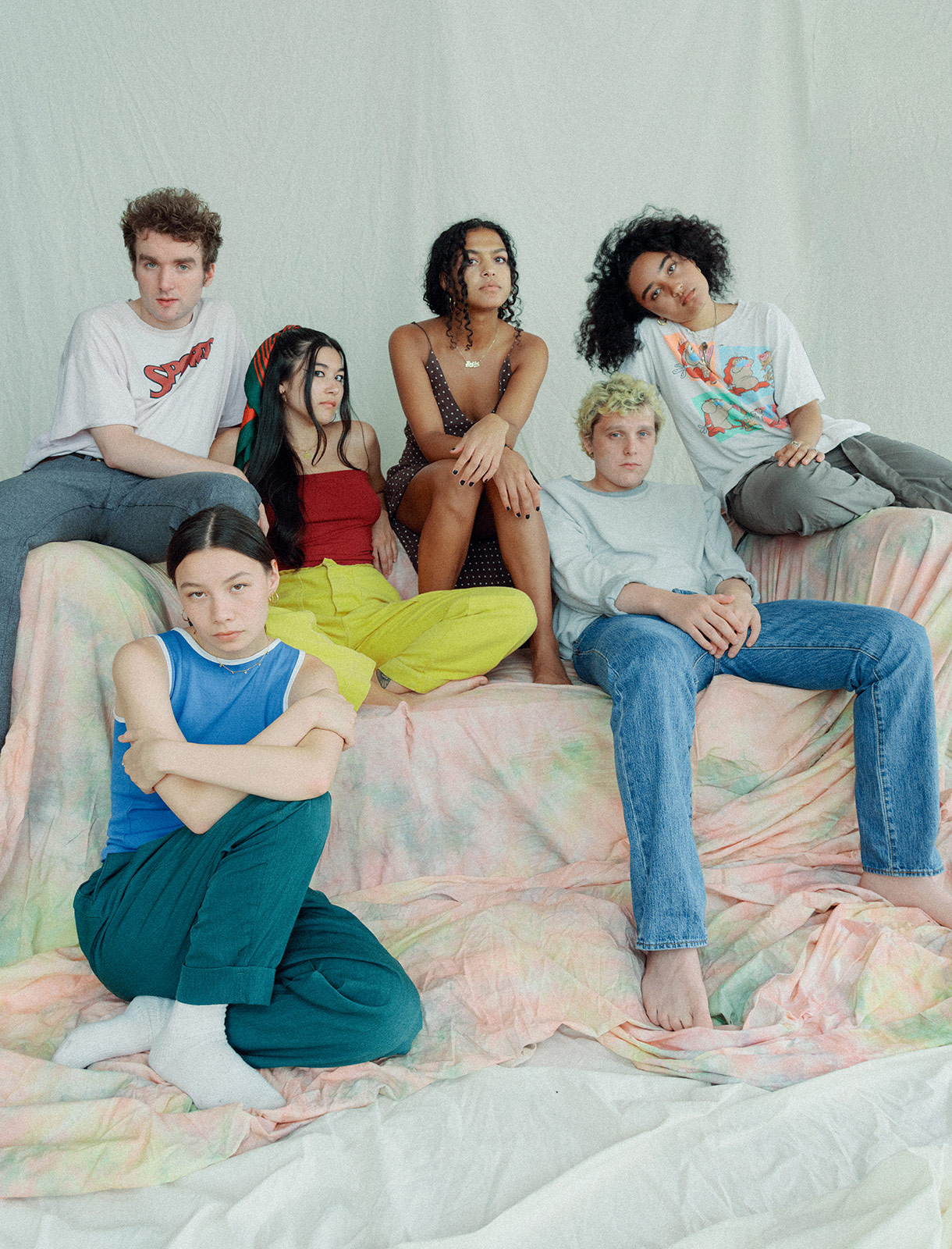 Born-and-bred New Yorkers, Michelle is a collective formed in 2018 by Sofia D'Angelo, Julian Kaufman, Charlie Kilgore, Layla Ku, Emma Lee and Jamee Lockard. The queer collective formed by people of colour mix and match the writing and production amongst the six of them. The songwriting on After Dinner We Talk Dreams, their new album that comes out this week, has been elevated, as there is a depth and prowess at work that makes good on the promise of the band’s early songs, something they admit was learned by reflecting and allowing room for artistic growth.
This everchanging world and its music industry are not always ready for something different if it does not suit their needs. In terms of marketing and ‘accepting’ newcomers with their own narratives, there is often an already ‘approved’ imposed reference told to every new artist, band or singer revolve around it.

“I'm on my knees, don't you dare come and dance with me. Oh, can't you see I'm grooving alone. As long as I pose, I don't care if you're nеxt to me,” sing Michelle in their new single, Pose, the last of a series of amazing R&B songs that lead us to their forthcoming album After Dinner We Talk Dreams due this Friday via Canvasback Music and Transgressive in the United Kingdom. It is one of the fourteen tracks people will find in the record, and it showcases the spirit of this band in the chorus lines. The video for it is directed by Powered By Wind and choreographed by the band’s very own Emma Lee with the backdrop of New York City's subways as the stage. 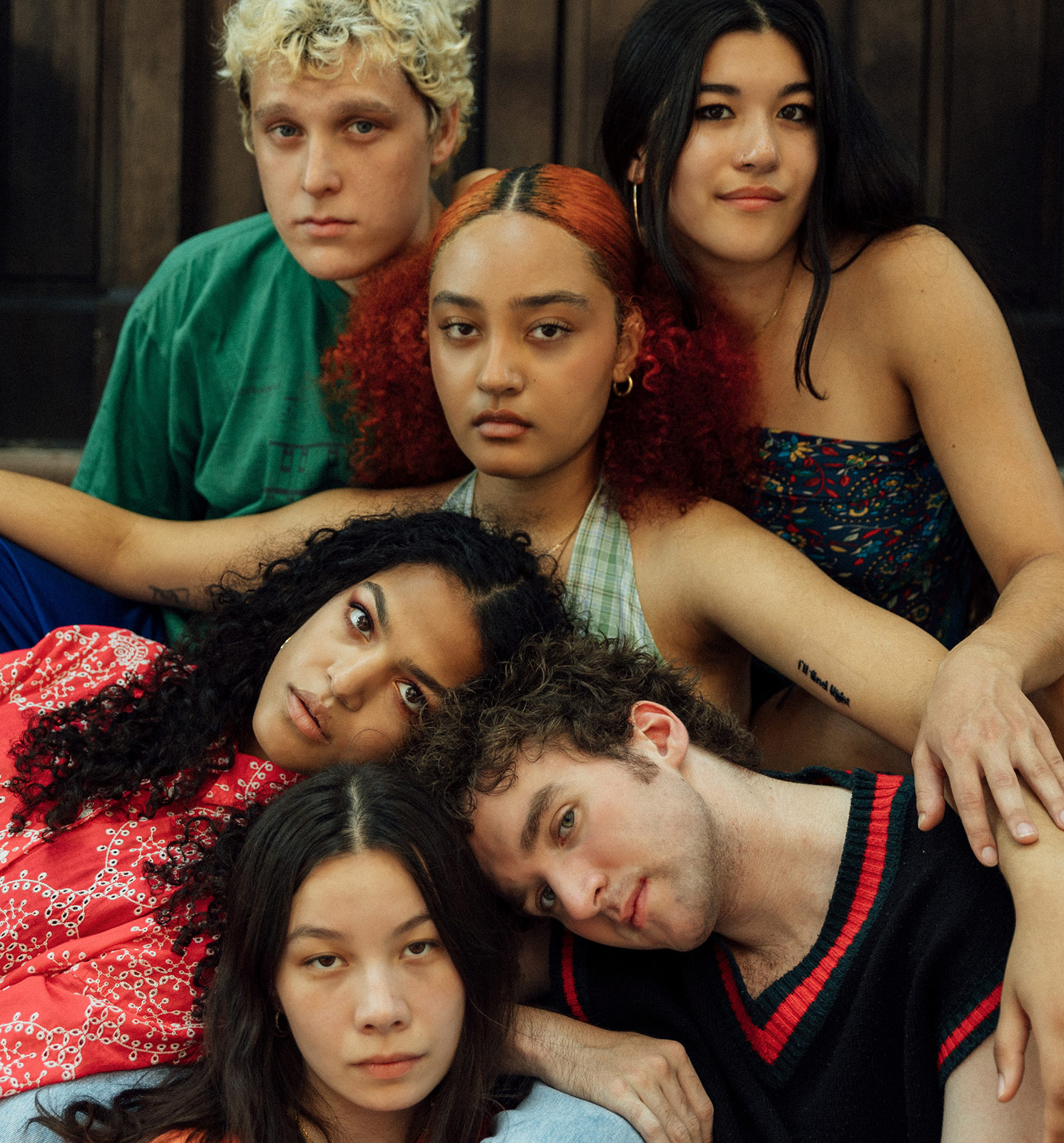 There is something quite generational about their work; they have spent most of the pandemic crafting this album, taking time enough to learn from each other and make the best of dark times. That is true DIY. But Michelle is more than a band. They are a collective, and it seems only right to shape themselves like one, as it truly represents the way they work and relate to each other, and how this translates into their music.

“I think that I may be the voice of my generation. Or at least a voice. Of a generation,” is the infamous line said by Hannah Horvath, played by Lena Dunham, in the TV show Girls back in 2012 that became a landmark on how to articulate the discourse of post-boomer generations that often find themselves trying to find an identity as to fit the system’s norm. Michelle is a diverse collective in which representation is important, and it is inherent to the essence of the band and their members, but as they rightly point out in this interview it’s just a piece of them, there’s more to this collective.

And there is quite a lot; their album does not only have a gorgeous title; it is a collection of songs that get better with every listen, uncovering new layers. The production of their music hits the mark and leaves enough room for the significance of their lyrics, always sung with amazing (and untouched) vocals. The hallmarks of Michelle's music — layered harmonies, analogue synthesisers, vibrant percussion and smouldering hooks — dominate the sonic landscape of their upcoming album, with the four female vocalists pushing the boundaries of their considerable singing talents while Charlie and Julian fine-tune the production.

It’s a great week for them; ahead of the incoming release of the record, they’re touring this month with none-other-than Mitski! But they're also embarking on their headlining tour in the United States and Europe in the following months. We got to find some time in their busy schedule and sit down to talk about the process of making funky R&B as well as bedroom slow jams, their influences, the origin of the name Michelle and their great New York spirit.

When it comes to musical influences: what would you say that are your past and present favourite bands/singers?
Jamee: Some of my favourite artists that have influenced me as a musician are Sade, Amy Winehouse, Frank Ocean, SZA, Stevie Wonder and Rihanna. The list could go on and on, but those six are my icons.
Sofia: I may not listen to it every day, but I always return to the record Pet Sounds by The Beach Boys because it is such a triumph in songwriting and production.
I love the fact that you define yourselves and Michelle as a collective. In a recent interview, you mentioned something that really struck a chord with me: “Our disagreements resulted in some of the best decisions being made.” That’s more than a decent approach to what living in society, being a community or being a collective means, and certainly, it all starts in our families, our friends, our local environments. Why do you think it is so difficult to take this to a higher level to institutions in charge of social conflicts?
Julian: The best ideas come from people who share common goals with differing opinions on the path to those goals. If you don't have common goals, disagreement reveals differences more than it finds compromise.
We’re facing times in which social injustices are a big part of the conversation because sadly they’re the day-to-day issues we must deal with. Representation is a double-edged sword because it sometimes feels like when it comes to culture it’s all being put together to tick off diversity boxes. But when it comes naturally, it shows the importance of diversity and having different identities and backgrounds in the same collective. Do you think you have learned individually from each other since you started the collective?
Emma: Definitely. We’ve come together on this work, but we are six very different artists, people, friends and neighbours. So I’m learning how to be with everyone or be exactly myself every time we have a session, go out on tour, or simply share a meal with one another. Even if all of our music isn’t as explicitly tied to our identities in the way a track like FYO is, the bodies and the brains and the individual lived experiences we have are present in every writing session. So navigating and combining or amplifying these things through creation is always a part of the process.
Layla: It’s a damn shame when people are so shocked to bear witness to Michelle's ethnic/social makeup. Partially because it shouldn’t be so uncommon, partially because there’s often the assumption that the diversity was an intentional effort when assembling the group. We only look this way because we’re children of this massive melting pot, whose connection is explicitly based on random connections and creative interest. While this may be one of the more interesting things about us, it is also the least. We discuss these themes in our work because being people of colour/queer/‘different’ shape our experiences in our day-to-day, but I’d also like to think that diversity in this respect can just be a piece of us, not the brunt of us.
Being from New York seems to be one of the signatures of your sound and spirit as a performing band. The closing track of the album, My Friends, is not only a stunningly beautiful song but a testament to what a group of friends live in their daily lives in their city. Even musically, I’d dare to say that the trumpet at the end of the song feels very New York-like, and I know how stereotypical it might sound, but it does. How much of your city is reflected within your identities and your collective’s?
Jamee: The city raised us and will always be our home. New York is ingrained into the fabric of who we are, as individuals and as a group. We definitely love to sneak in little references to the city in our songs, giving listeners a little slice of life in NYC. But in a broader sense, I feel like our New York upbringing is reflected in our music through our sonic diversity and how unapologetically ourselves we are.
Sofia: I love that the trumpet sounds like New York to you because that was the goal. Hearing that the city is audible in the music we make shows to me that we’re succeeding in presenting the city in our identity as a band.
Layla: We all grew up in what true New Yorkers affectionately refer to as “the real New York” (pre-large scale shameless gentrification). Our music is a testament to the culture that fostered our creativity and the environment that allowed us to flourish as creatives. Michelle is a product of all that is New York, and would one hundred per cent not exist without it.
I know there were times in which the band was meant to be called Gertrude but it ended up being called Michelle. Why Michelle?
Charlie: So many of our favourite artists use mononym female names like Sade, Rihanna, Madonna, Monica, etc. that we thought it would be kind of funny for a group this big to all share a single name! Other contenders were I Sniff Paint and Delicious Breakfast.
Layla: The name is really quite arbitrary other than the aforementioned explanation. I like that it incites such curiosity when, in actuality, it’s just a name. 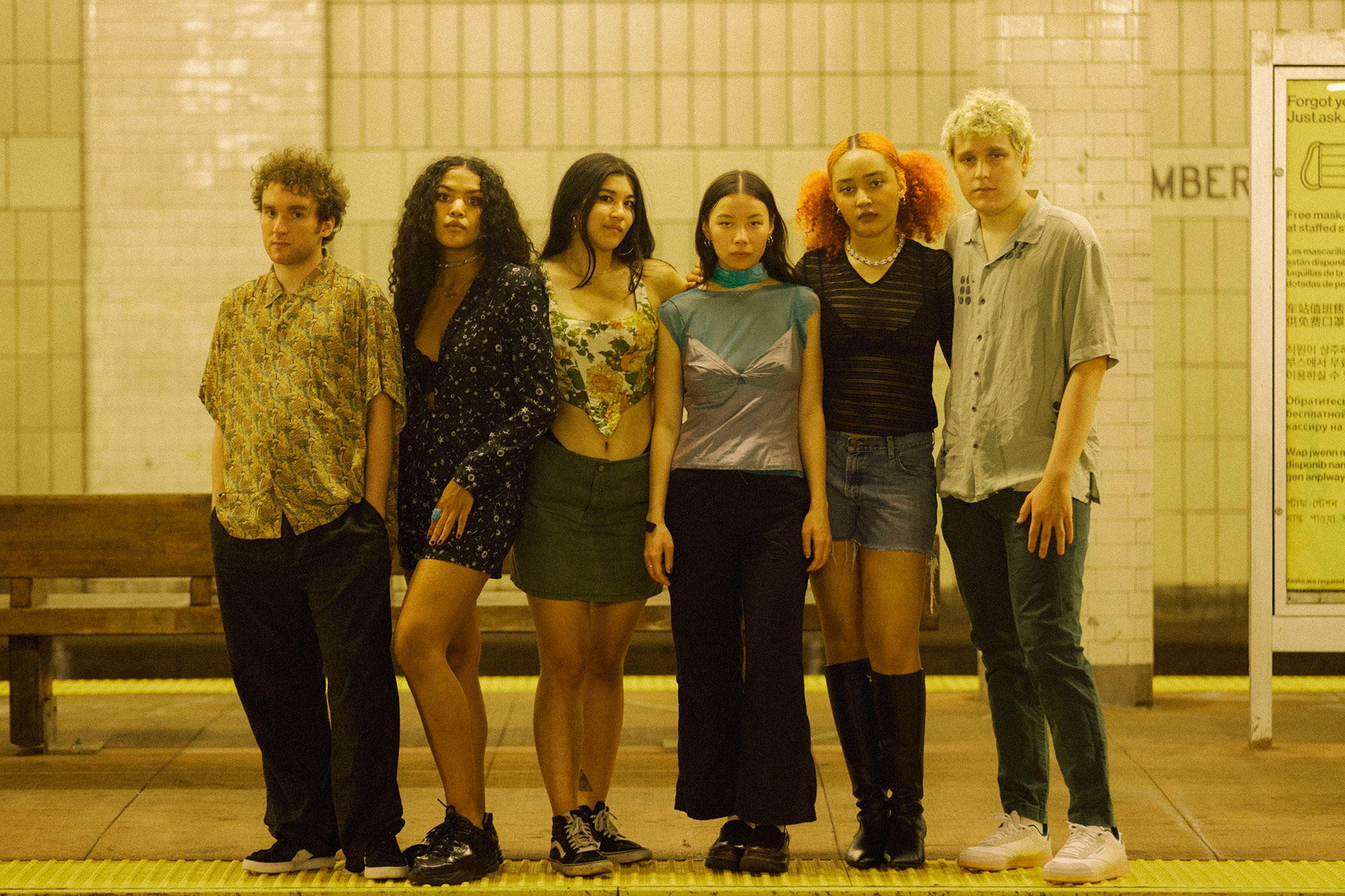