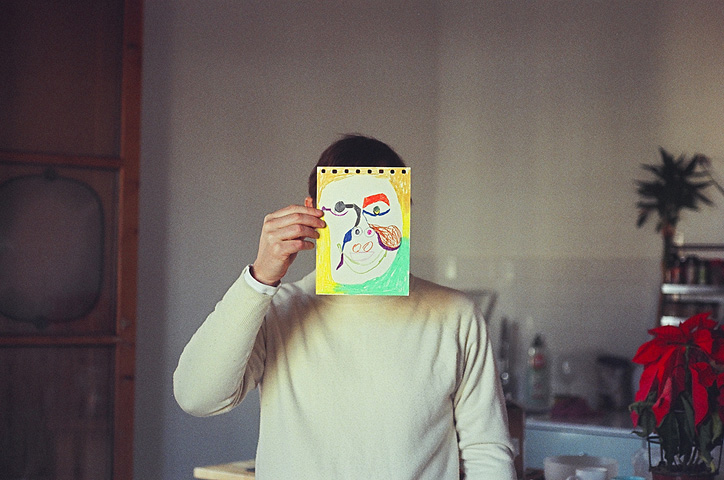 Michael Swaney is a Canadian artist that fell in love with Barcelona and decided to stay. We took advantage of this and met up with him to talk about art, life and the city. A conversation in a café terrace, with the presence in the background of a very special character that lives in the neighborhood of Gracia. A presence that couldn’t have been more fitting given the circumstances, as the artist himself said. Cheers to Michael and his fascinating work, which you definitely shouldn’t miss. Let yourself be inspired by both his words and his creations.

How long have you been living here?

Initially I came on instinct, I had a fascination with Barcelona. I came in 2003 for the first time. Then I met a girl and came back, typical story.

I read that you were one of the founding members of Human Five back in Vancouver. Tell me a bit about what you did.

Yes, that was a long time ago. It was two of us who started it and we were four by the end of it. Not five – that was always the misconception. We basically renounced egoism and painted as one only person. Everybody was doing the same thing, the same sculpture, everybody taking the same photographs… Just working as a collective.

Are you self-taught? What did you study?

Yes, I am self-taught artistically. I didn’t study Fine Arts, but Graphic Design. I then realized that was the wrong way to go. But with the collective we all learnt to work as artists, I guess.

So you always had this idea of doing something creative.

Yes, always. I actually thought for a while that I was going to be an architect. I got into design, logo making, illustration… The architecture link was what brought me to design. So no, I have no academic training as an artist, and the more time goes by, I feel like it’s not necessary.

What are your main references, art movements or periods?

The first one would definitely be Art Brut. I feel that I’m on a parallel road to this movement. I think it is still the most interesting art that’s been made since its invention, since Jean Dubuffet named it. Another one is the CoBrA movement from Copenhagen, Brussels and Amsterdam. And aside from that, anything to do with ordinary people that haven’t studied art and make things just because they love to and don’t need to justify themselves. The purest, most authentic art and creation. I also like pre-Colombian art – Egyptian, Mayan, Aztec, Native American, Peruvian… Ancient art that has a lot of aesthetic similarities to the other movements that I’ve mentioned.

Could you roughly describe the things you paint about, your working process…

I work very intuitively. In fact, the topics arrive after having made a bunch of work. I think I just make stuff about daily life… I don’t think of specific ideas before working, I just start with one simple idea and make stuff. And then, out of that chaos, there’s always some underlying theme that makes sense afterwards. But sometimes I base my works out of photos I’m taking; storefront signs, of people’s 'chapuza' (mess)… I like it when somebody has done something to fix their storefront and it looks really funny and awkward but somehow artistic, so I take photographs of all of that stuff and then I make sculptures and paintings based on this material.

It’s funny that you used the word chapuza.

Yeah, I guess it’d be "messy home improvements" or something like that in English. But I like the Spanish word, it’s a very cool one.

Do you relate your art with your personal experiences?

Of course. Art is an extension of your personality. I think everything I do has some kind of artistic reflection, unintentionally. The way you plan walking to the shop, the way you get on your bike, the way you prepare the "sofrito" (sauce) for a pasta… It’s all somewhat creative because there are so many ways to do things, and your actions are like little performances every time. The way you play with language in a conversation, the way you make jokes… it’s all overlapping. I don’t separate my art from my personality. It all comes together.

What does Barcelona have to make you feel like the right place to stay?

Well, the quality of life couldn't be better than it is here. Sometimes I’m riding to my studio and I think: “Wow, it’s so sunny right now…” In Vancouver it was raining for 6 months non-stop. It’s just so easy to be happy here, even if economically it isn’t the best place to be for artists… And besides that, Barcelona is not internationally very well connected in the art scene, so I always maintain connections outside – I exhibit outside, I do blogs with people’s work from all over the world…

Tell me about the techniques you mostly work with.

I’ve kind of gone full circle with my work. I started doing paintings with Human Five, and then as a result of travelling around the world I started doing collage because I needed to travel light – that way I could carry small pieces of paper in a folder. I did collage for seven years and I parked it for now. I have started painting again, because when you get to a moment when you don’t get surprised anymore, you need to change. I think it’s very necessary, even if galleries or the viewers don’t like the new stuff.

Sculpture is something that I’ve always been doing in parallel with drawings and paintings. Its just a complement – one informs the other, they talk to each other. Something from sculpture creeps into the painting and the other way around. I always try to work on both at the same time. It’s a way of staying very active.

So you would say that they feed each other.

Yeah, that’s exactly what I mean. They inform each other.

I have also seen you do quite a lot of mosaics.

Yeah, I think I’ve been inspired by Barcelona and its mosaic culture. Gaudi has crept into my subconscious mind. It's become the typical tourist item that you see everywhere, but the thing is that I’m beginning to love all that stuff, all the mass-produced touristic items. I’m starting to make a lot of art about that. So I’ve been making these mosaics “in tribute” to Gaudí and to this kitsch Barcelona aesthetic, which to most of the people can be a little bit tacky. I have also been making some fridge magnet sculptures. I’ve been collecting fridge magnets from Barcelona, Mallorca… (laughs).

What about your studio?

There are always like twenty to thirty pieces going at the same time, laid out on the floor, on the walls, sculptures in the middle, the desks are always covered in every material… I have to see everything that I have, but it has to be somewhat organized. I’m a very organized person, people are amazed by it when they visit my studio (laughs). Now it’s a moment of really big creation so it’s not that organized, but I just need to see all the materials. The other day I read something Edison said: “To invent, you need a good imagination and a pile of junk.” And that’s basically what I do.

And what about your place?

My house is like a clean, neutral box compared to the studio. I need that separation now that I have it. It’s not as convenient, because you just can’t sit down and work whenever you want to and now I have to travel half an hour to the studio. But I think it’s cool, and the time it takes to get to the studio or to the house is the time when the most important reflections come – either about what you have just made or what you are going to make. This transit time allows you to have both physical and mental distance from what you are going to make.

You were in the CCA Andratx in Mallorca this summer. Tell us about this experience.

It was amazing. I loved it there. They have four studios, and you apply to the residency. Each one has a kitchen, a bedroom and a studio space. They also have exhibition spaces so you can do shows. It’s up in the mountains, so it’s really worth a visit. It’s a really renowned center. A lot of American and European artists I respect have been there.

So, what does the future hold for you? Are you working on something specific right now?

Yeah, I have three things coming up, and they all coincide with the birth of our baby girl… (laughs). So it’s a crazy time. I have a solo show in Madrid at the same time as the a3bandas festival, then a group show in Detroit in an institution and a small solo project in Mallorca at the gallery Louis 21, in their space called The Envelope.
And I hope to continue making art, keep collaborating with people, organizing exhibitions of other people’s artwork as well… I don’t really know a lot of artists here, but I’m developing some kind of relationship with the Barcelona art scene, slowly and naturally.

Poc a poc i amb bona lletra (slowly but surely). 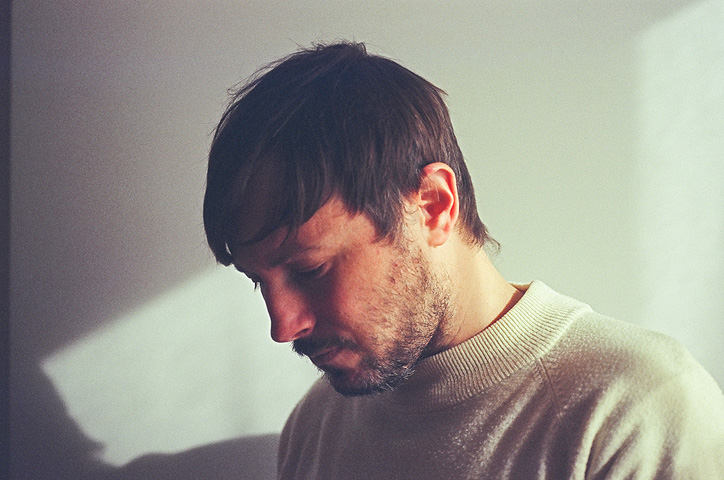 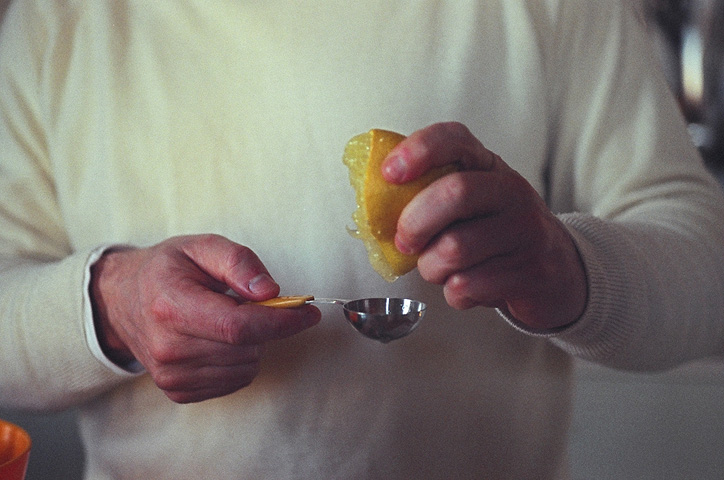 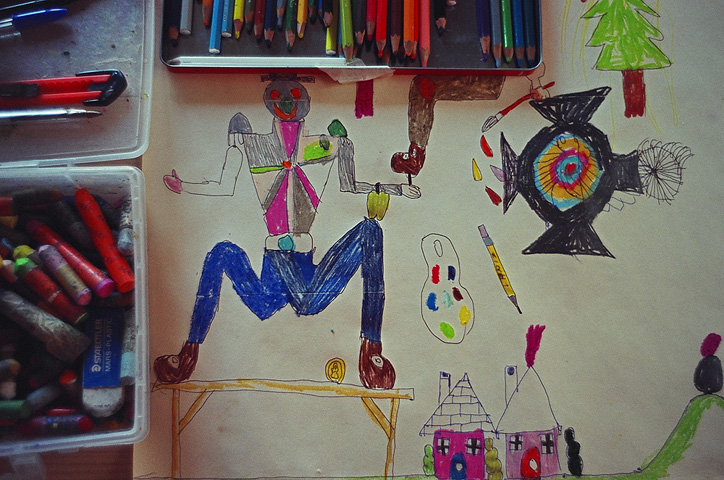 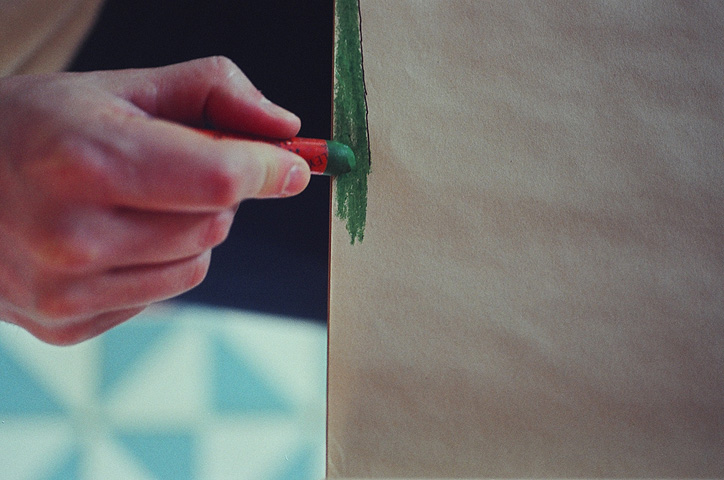 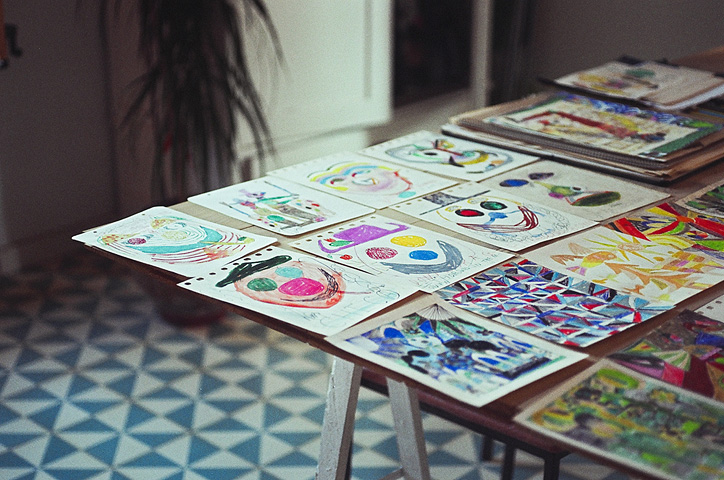 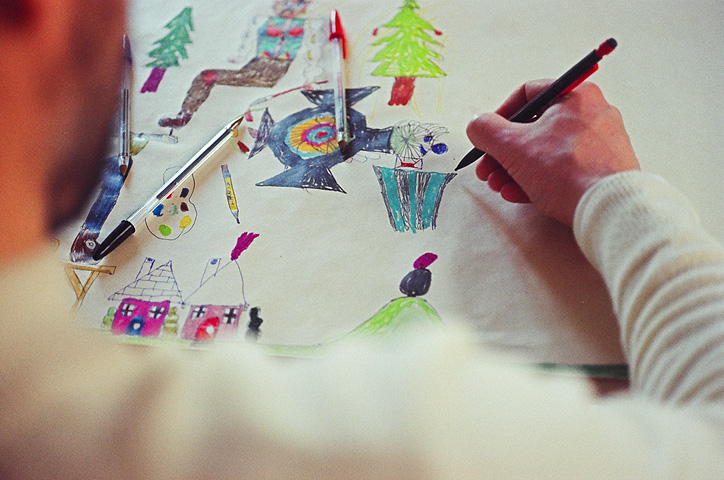 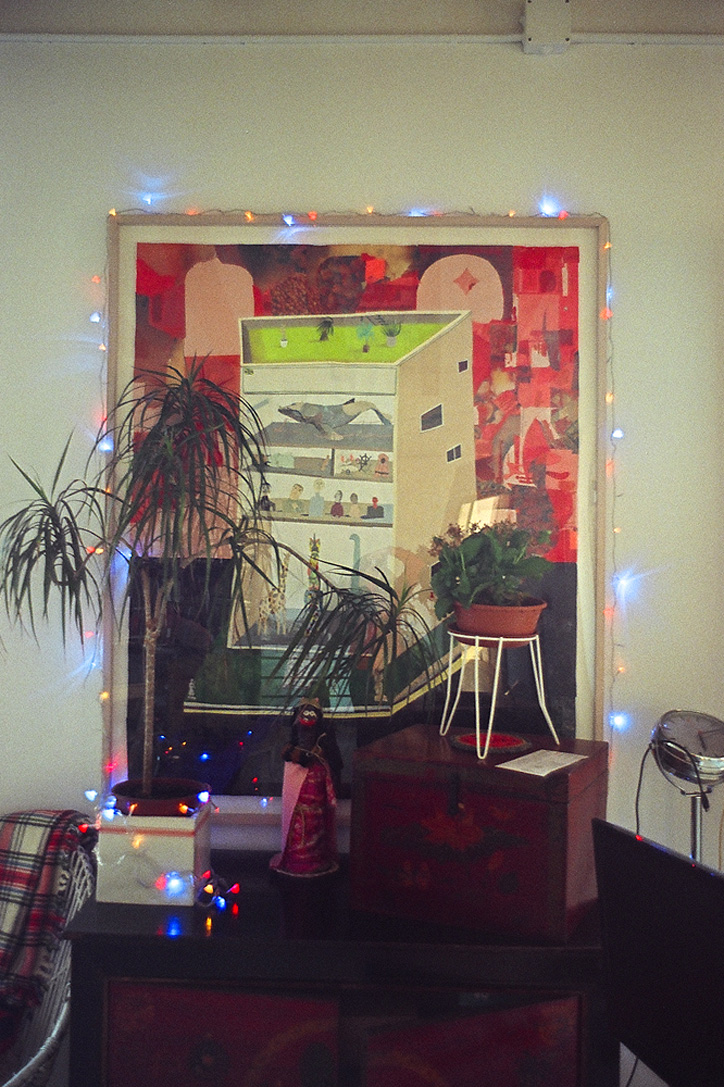 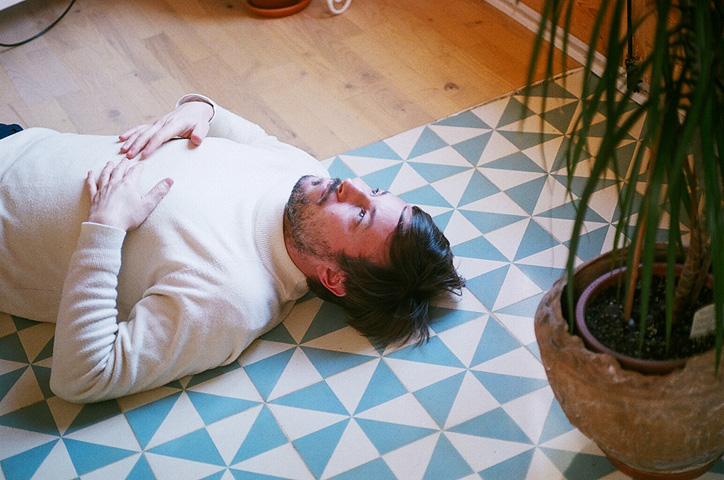