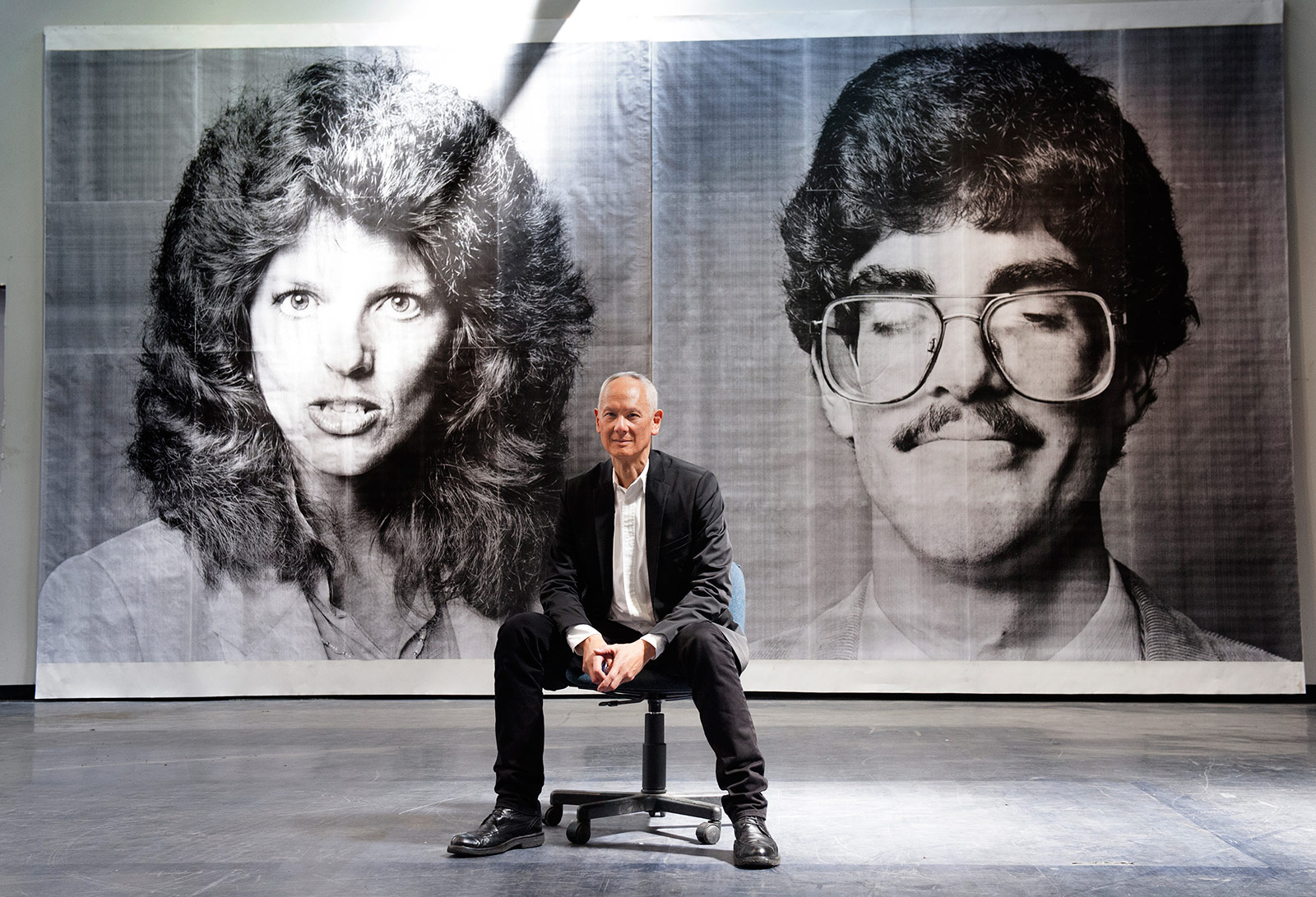 After almost forty years, Michael Jang decided to submit the photographs he took in his twenties of his native California for consideration to SFMOMA. This is how this story begins. Punk subculture, his Chinese-American family or David Bowie are just some of the stars of his black-and-white pictures. He captured the essence of California in the 1970s and ‘80s. Through his work, you can revive those eclectic years, even if you weren’t there. Now in his sixties, we talk with him about his book Who is Michael Jang (published by Atelier Editions), his exhibition at the McEvoy Foundation for the Arts and why you should never give up.
Your book Who Is Michael Jang? came out last September, but we want to hear from you first: who is Michael Jang?
I’m a mischievous motherfucker. Can we say that in your publication? If not, how about: I’m a very lucky guy who feels fortunate to have found something that I enjoy doing as my life’s work.
In 2002, after almost forty years, you decided to submit a number of images for consideration to San Francisco’s Museum of Modern Art. That’s how it all started. Why did you decide to reveal those photographs back then?
There is a time in your youth when you hear the phrase, ‘life is short’. But it doesn’t have any weight or meaning when you’re 20. When I hit my fifties, I thought I better get going. But why SFMOMA? I have this idea you might as well start at the top and work down rather than vice versa, otherwise, you may never know just how high you can go. The work was accepted right away, but now I’m wondering: is it all downhill now?
You’re one of the few photographers that documented the two perspectives of the Californian lifestyle in the ‘70s and ‘80s. Your work captures the American family lifestyle or subcultures as punk. How did you decide to focus on that?
There was no thought about it at the time; I just took pictures of whatever interested me. I remember Lee Friedlander saying that book ideas come after the fact. Like he discovered he had a bunch of pictures where he was in them, so he did his Self-Portrait book. 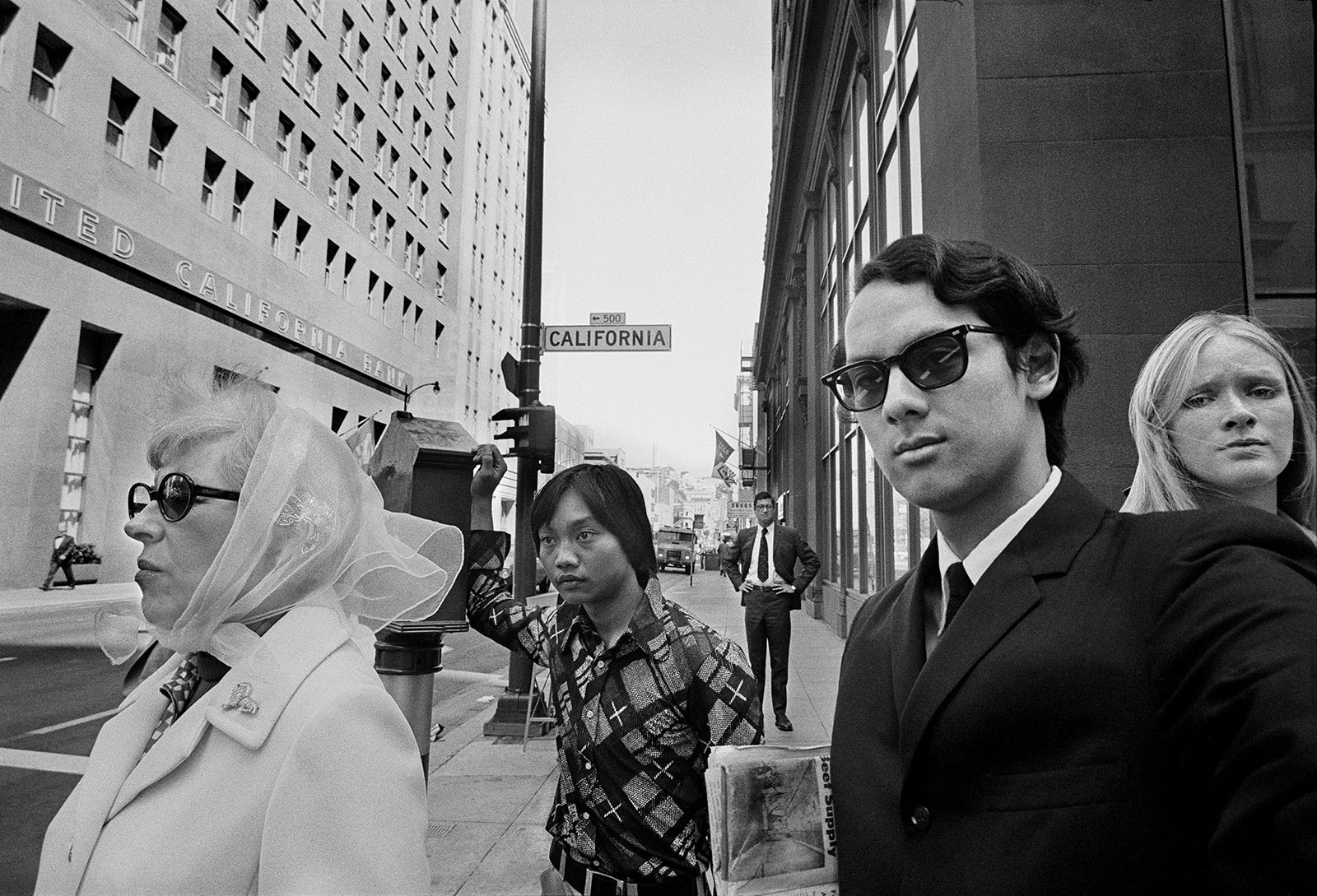 SELF-PORTRAIT, FINANCIAL DISTRICT SAN FRANCISCO, 1973
You entered CalArts as a design student. What made you take a photography course back then? Why did you decide later to pursue a career in photography? Was it love at first sight?
Looking back, I went through six years of college including two years for an MFA at the San Francisco Art Institute without having to read a book or take a test. That appealed to me – not that I have anything against books. But tests? Think about SAT’s. How do they measure street smarts or ‘wisdom’?
According to the book, you became a self-taught professional by working with the photographers Annie Leibovitz and Norman Seeff. What did you learn from them and those experiences? What other photographers marked your career or inspired you?
Annie and Norman were good to observe on a number of levels. Besides the actual image-making, there was the way they ran a photo session, how you engaged the subject and how one nimbly handled the business aspects which were not taught in school. It helped me enter the world of photography as a living.
Let’s talk about the Beverly Hilton series. When you were studying in CalArts, you fabricated press passes to get into the parties of Hollywood’s elite. The result is a series of some amazing shots of Bowie or Frank Sinatra. Do you have any story you want to share? Did you decide that the paparazzi life wasn’t for you?
I never wanted to be a paparazzi – they did that as a job. We were just at the same events but I was taking a photo class and they were making a living. I had the freedom to do as I pleased. They needed a certain kind of shot for their editors. Robert Frank has two images called Movie Premiere- Hollywood in his book The Americans. It was more like that. 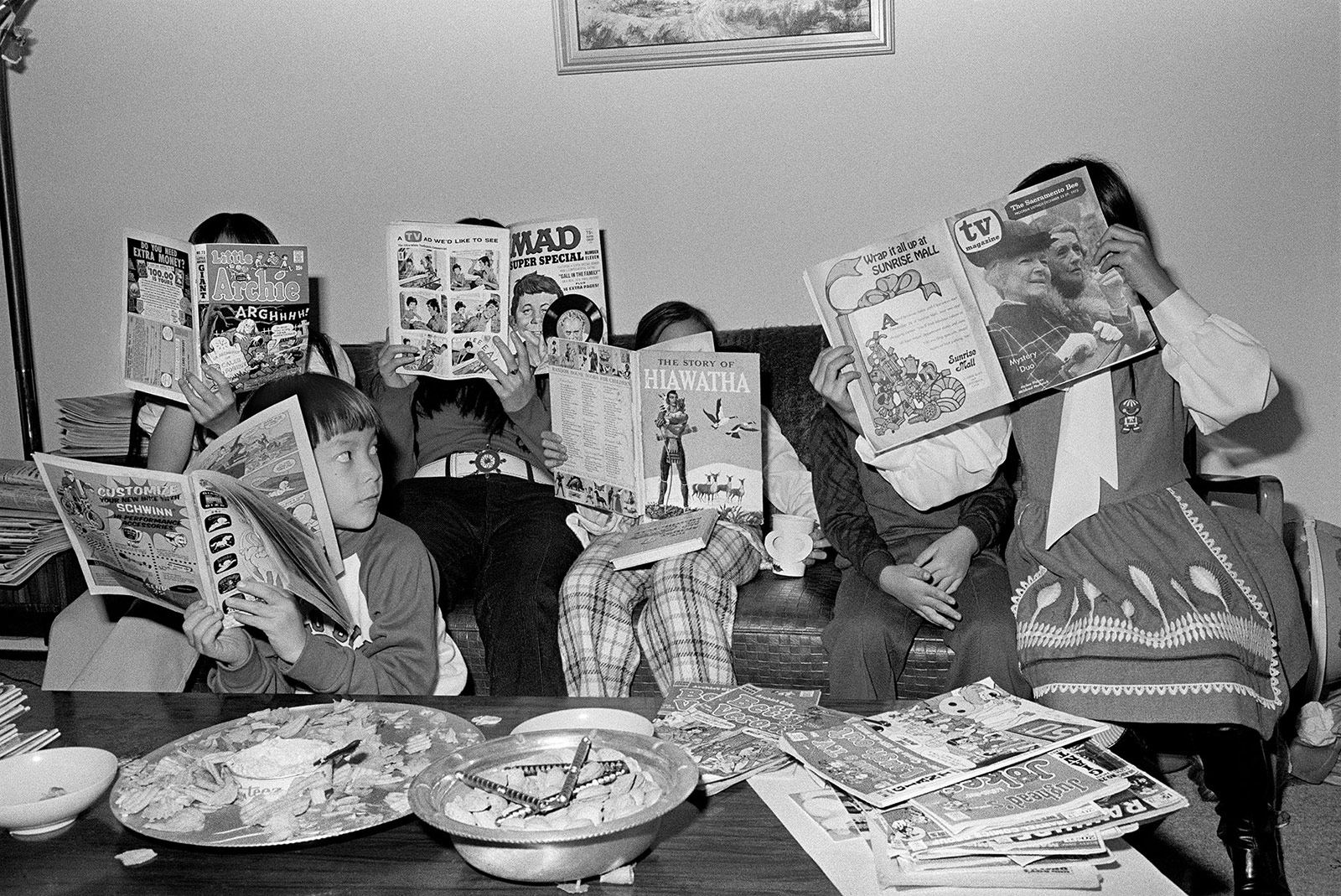 STUDY HALL, 1973
In your photographs of San Francisco, you capture the city life. This makes me think that you used to wander around with your camera. This reminds me of the notion of ‘flaneur’, those who walk around not doing anything in particular but watching people and society. In your early years, would you consider yourself a flaneur?
I don’t think that word describes me at all. I was very focussed if not intense about what I was doing. Fully driven, motivated and deliberate. Totally unstoppable. A Terminator with a camera.
I think that what makes your photographs so powerful is the fresh and spontaneous way you approach those electric times. Each one of them is a story, a story that makes you wonder. Looking at your photographs now, how would you describe them?
I let others do that. I took them and now I’m enjoying the reaction to the work many decades later. However, one thing that comes up often is how the pictures are from a time so very much in contrast to the world we now live in. There are three hundred thousand people on the Golden Gate Bridge and not a cell phone in sight.
In The Jangs, you capture the Chinese-American domesticity. The starring roles are your Aunt Lucy, your Uncle Monroe and your two young cousins, Chris and Cynthia. Do you think that your photographs have a cultural preservation value?
How important is (it?) for you to mix your personal story with that of others? There is no going back. The pictures are done. But the story has been an unveiling of not only this Chinese in America in the 1970s thing but also of me as an Asian artist who is just now after four decades getting some recognition. 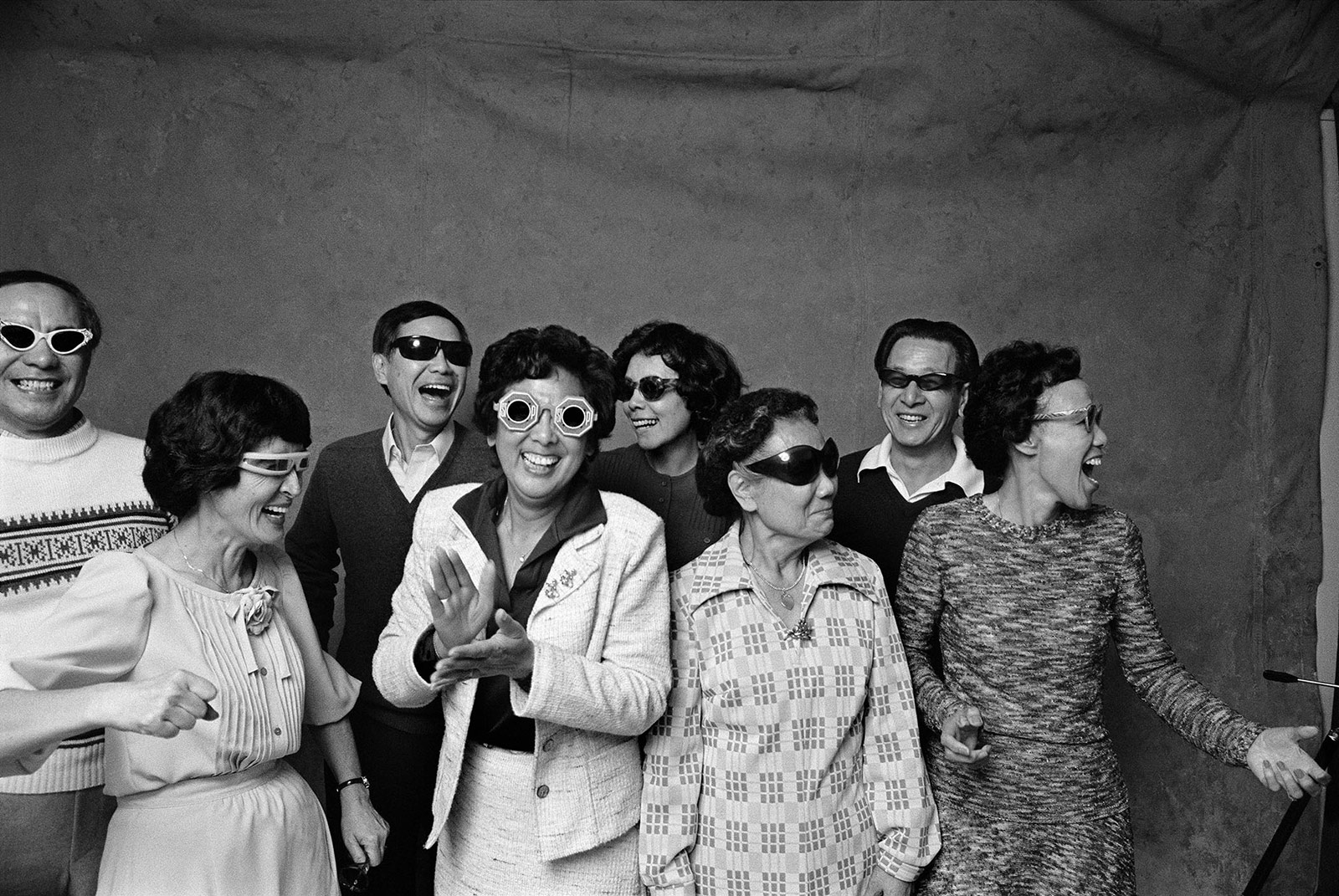 AUNTS AND UNCLES, 1973
All the series of photographs of the book are in black and white – The Jangs, Beverly Hilton, San Francisco, Summer Weather, College, Punks & Poets. Do you think that black and white brings a special aura to the shot?
As a first-year photo student in the 1970s, there wasn’t much colour work to see. Most of the ‘masters’ shot in black and white, so it’s simply a matter of that. It took a while for William Eggleston’s colour pictures to be accepted. In fact, when they were first shown at the MoMA in New York in the mid-1970s, they were very controversial.
Your photos are very relevant to this day. Why do you think that they’re still contemporary?
It’s a question I ask of a lot of people. The demographic seems to be from 20 to 80 years old. It’s pretty amazing. I’m not really sure. It must be something universal that strikes people. Like humour or honesty. I really don’t know. There’s probably not one answer.
Because of the opening of the exhibition at SFMOMA and the publication of your book, in some way, your early photographs are alive again. Did this process make you reconnect with your younger self? Did it change your relationship with photography?
It’s been more than four decades since I did the work. Looking back, what amazes me is that I was able to even do it. At my age, I only have a fraction of the energy it would take to do that. Like in rock n’ roll or sports, I think there’s a sweet spot – for most people in your 20s and 30s where it’s best to really just hit it. There’s a window. Maybe this is too much of a generalization but there is a quote from David Crosby that goes something like, ‘Bands tend to devolve. They evolve up to the point where they’re exciting and they’re new and they’re good, and then after that, they work their way slowly downhill until it’s turn on the smoke machine and play your hits.’ You won’t be seeing any lame ass pictures from me.
If you had to write a letter to your younger self, what would you write in it?
Never ever give up. And the bigger the setback, the bigger the bounce back. I have found this to be absolutely true. 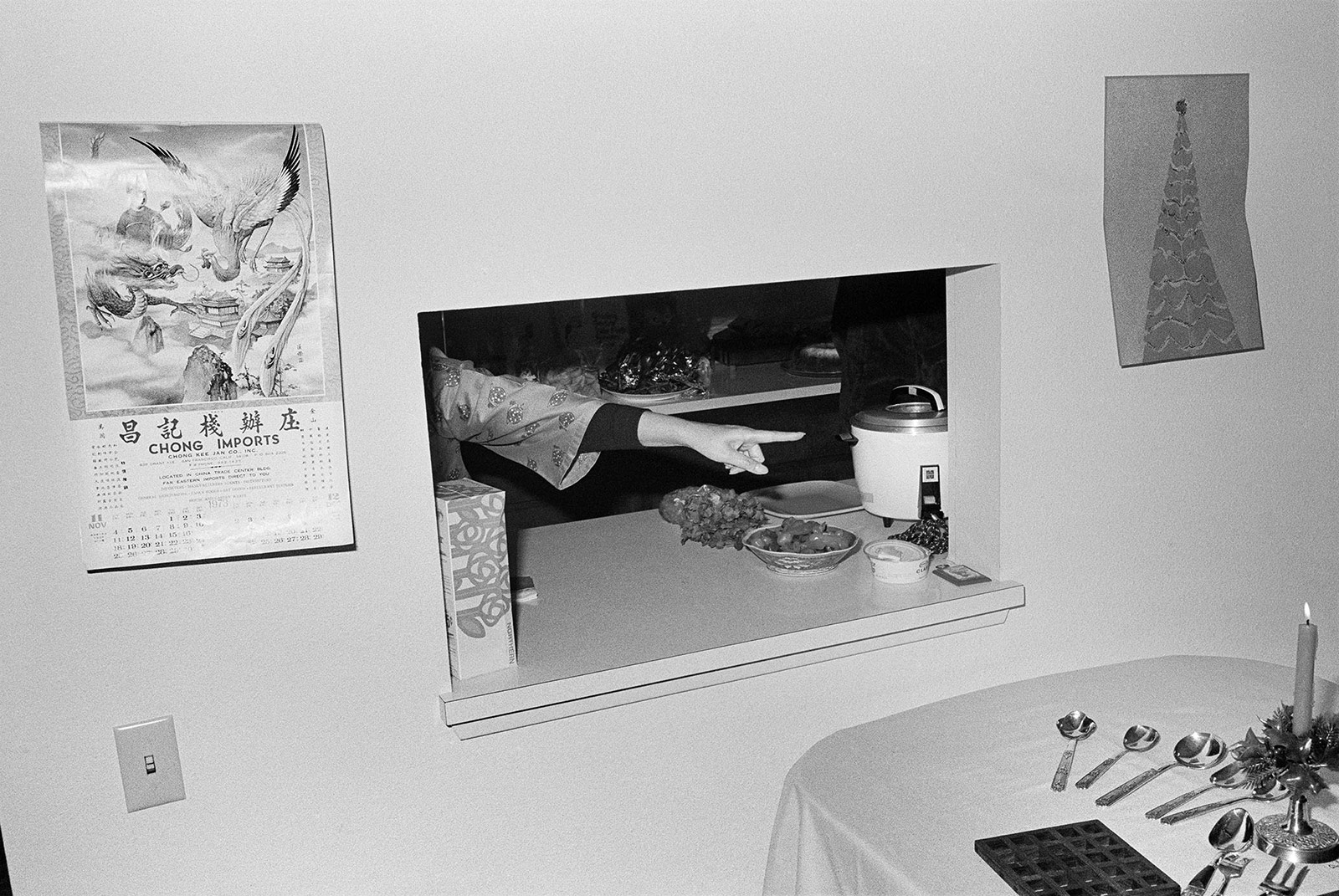 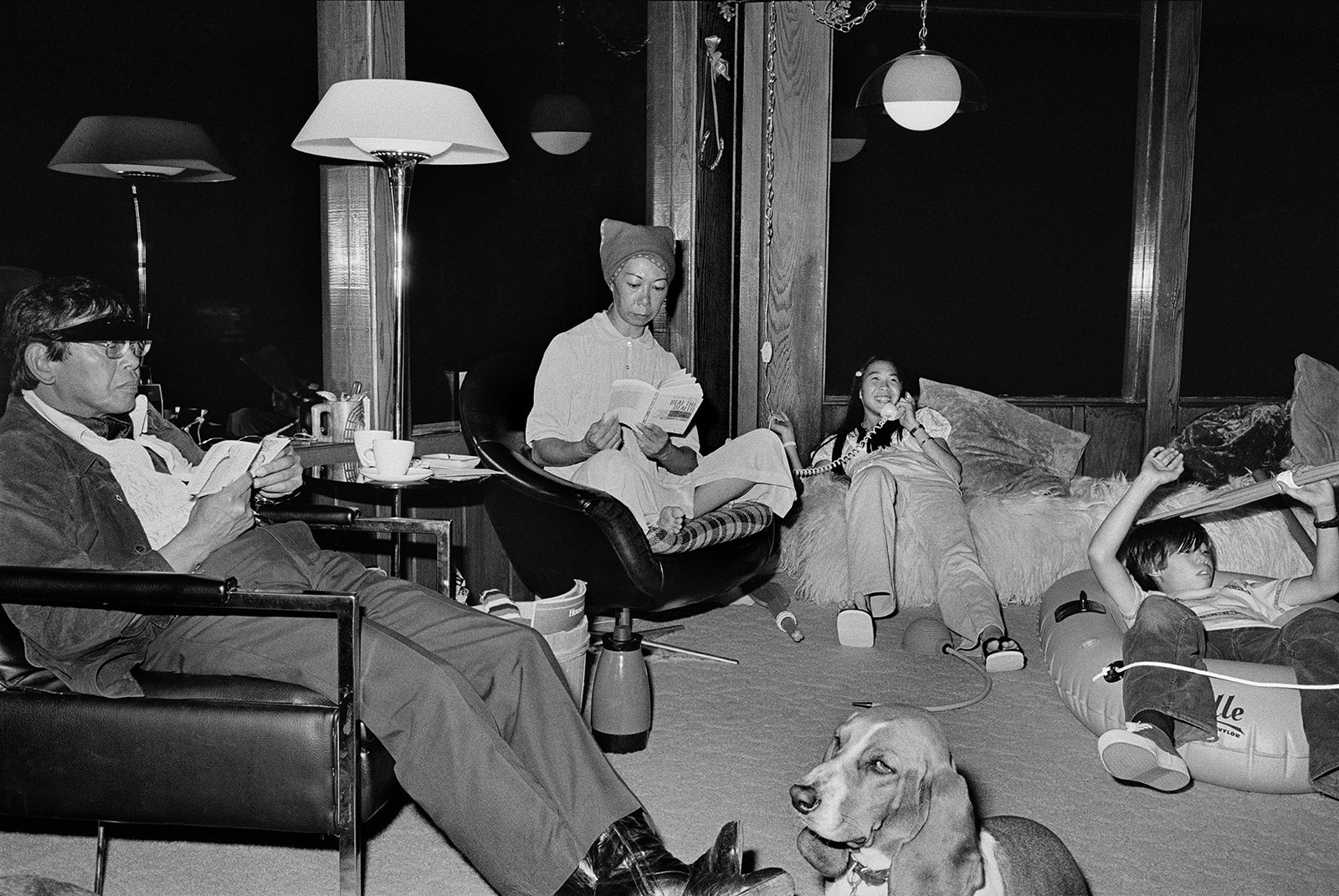 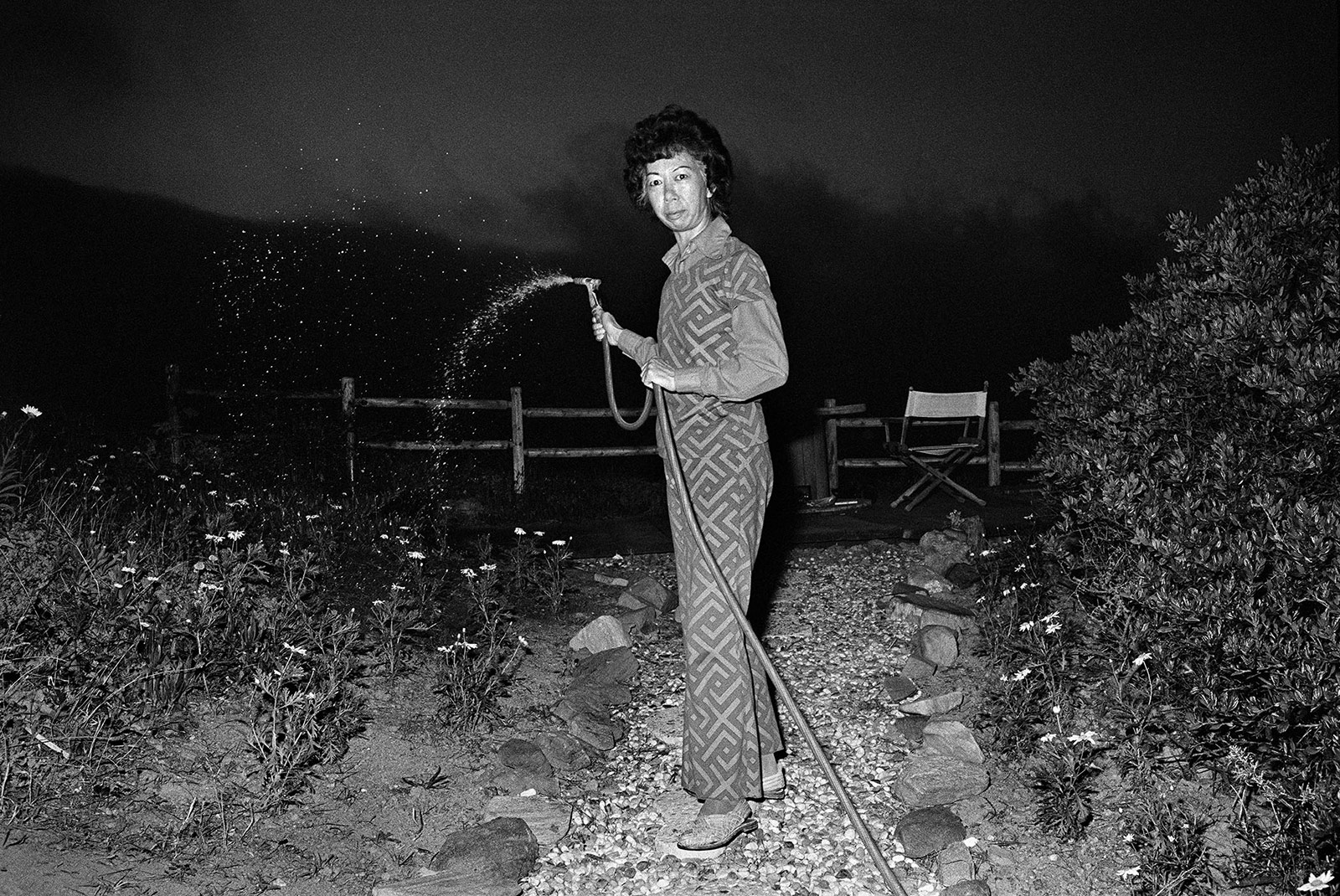 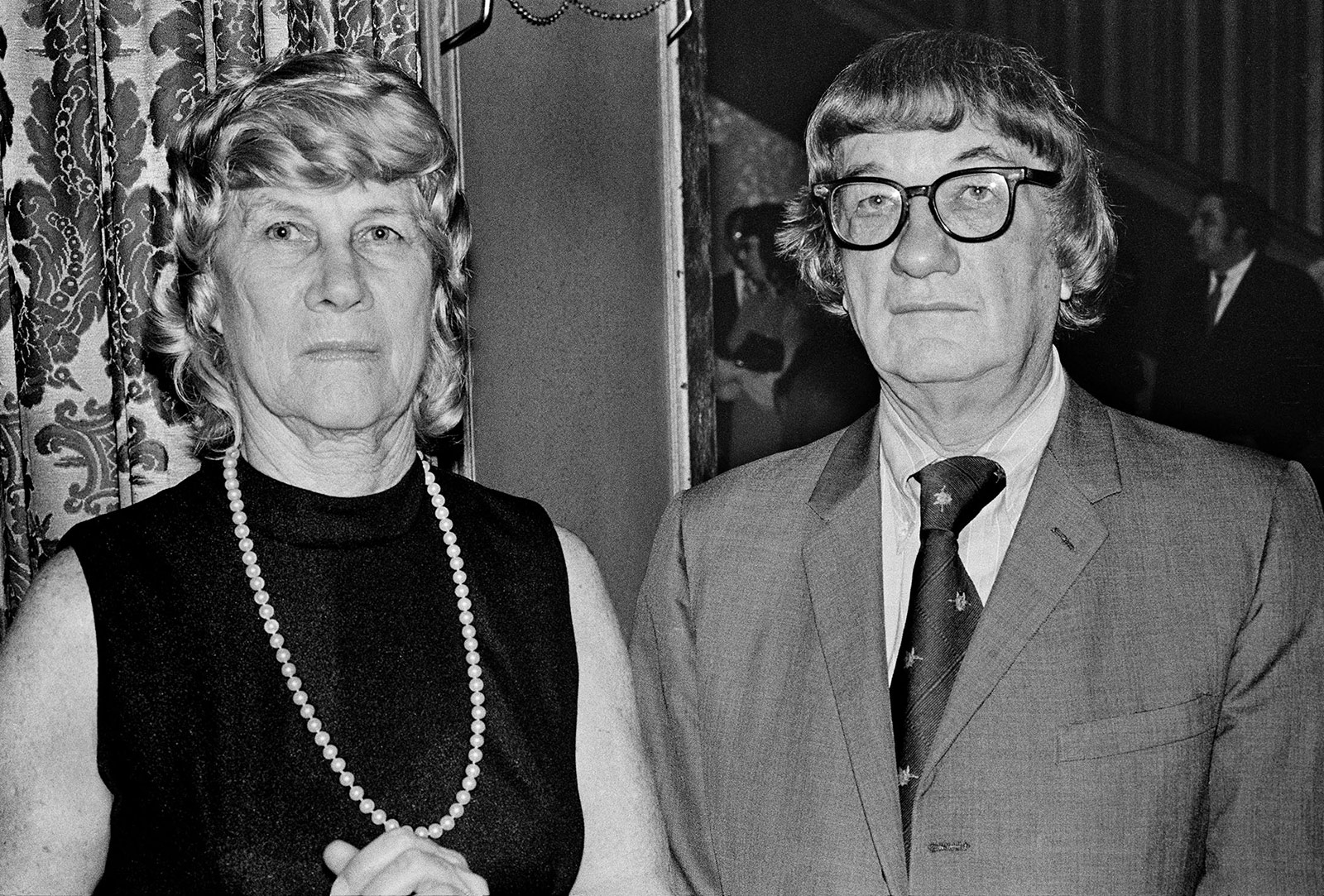 COUPLE AT THE LAWRENCE WELK DANCE, 1973 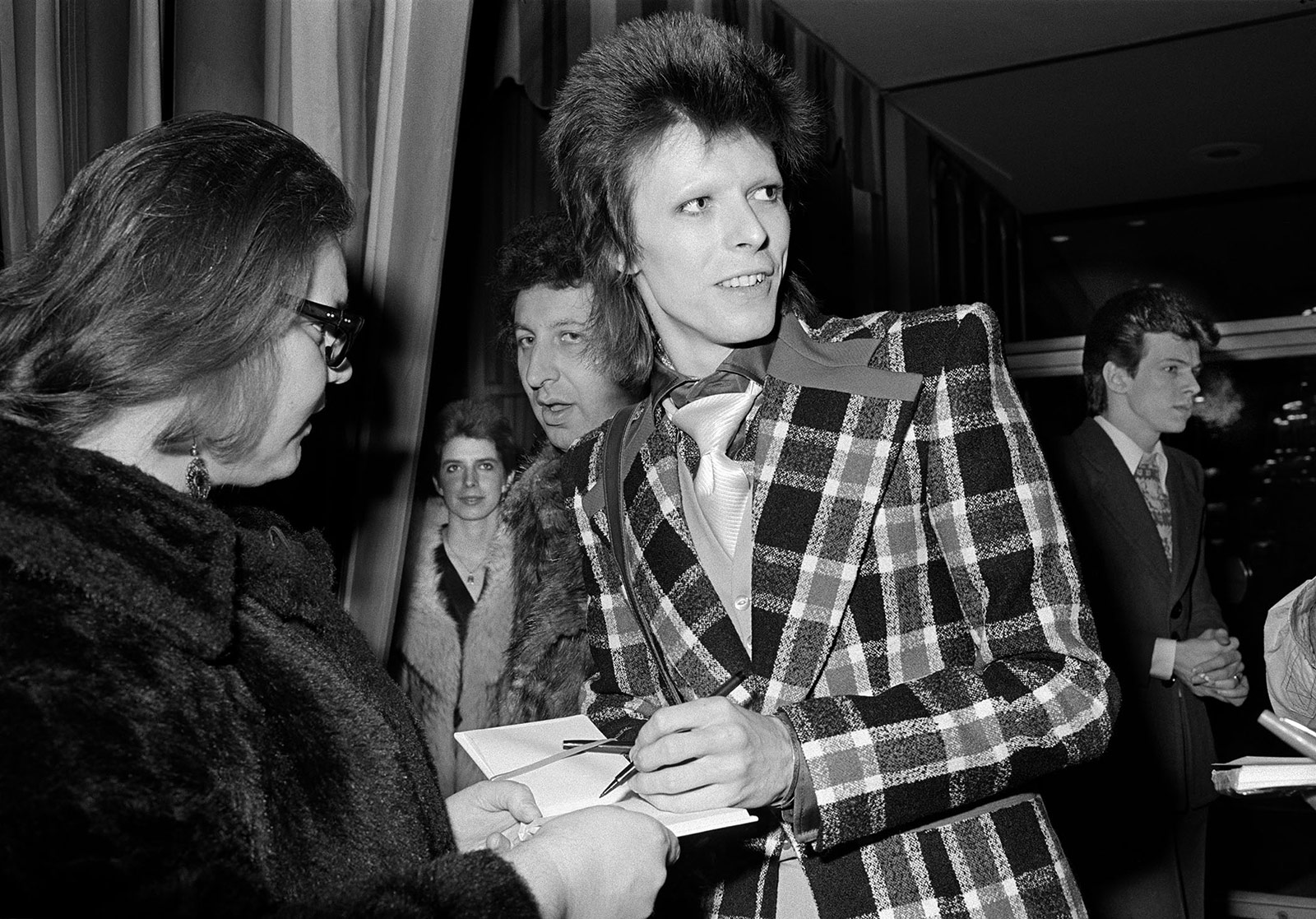 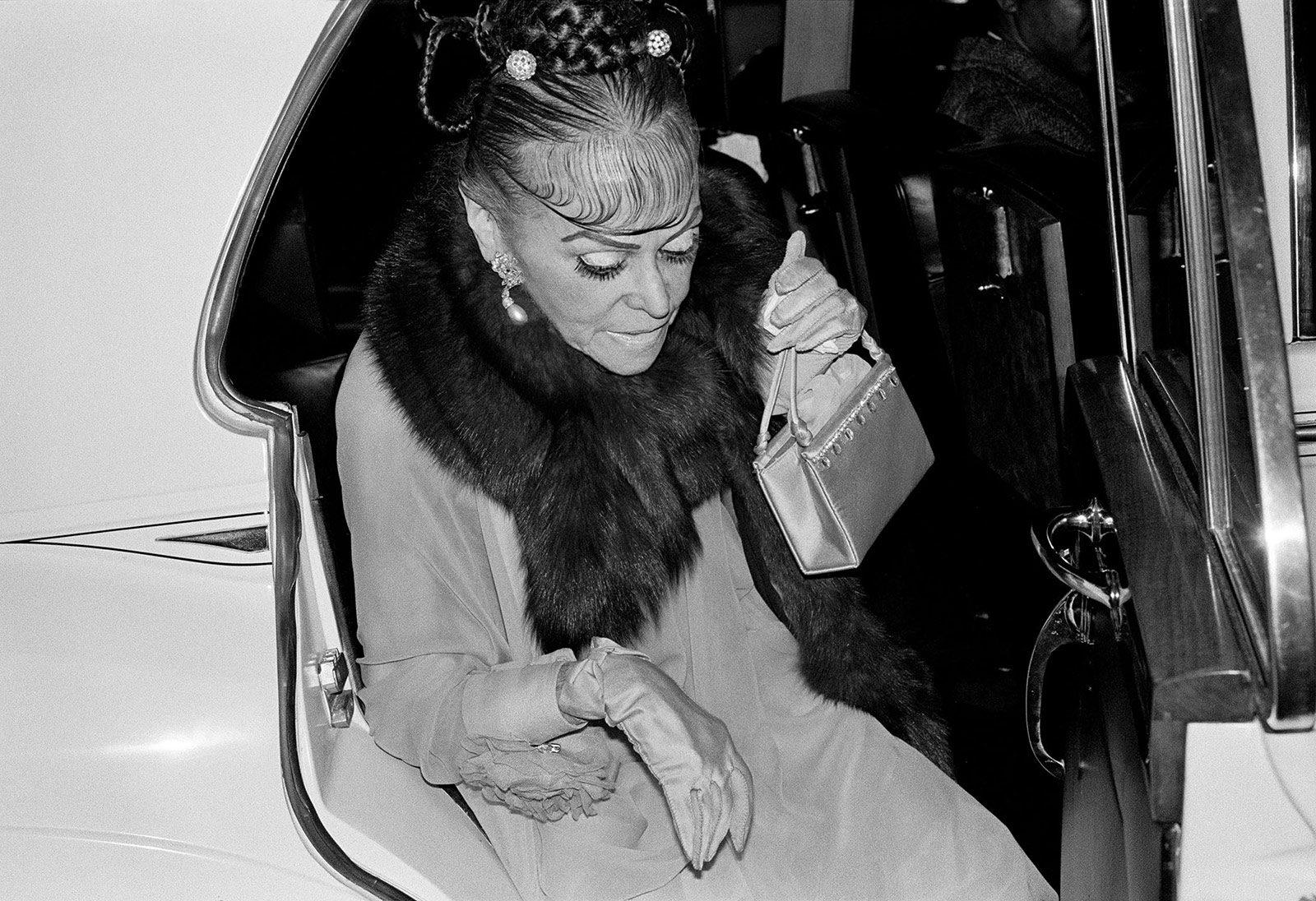 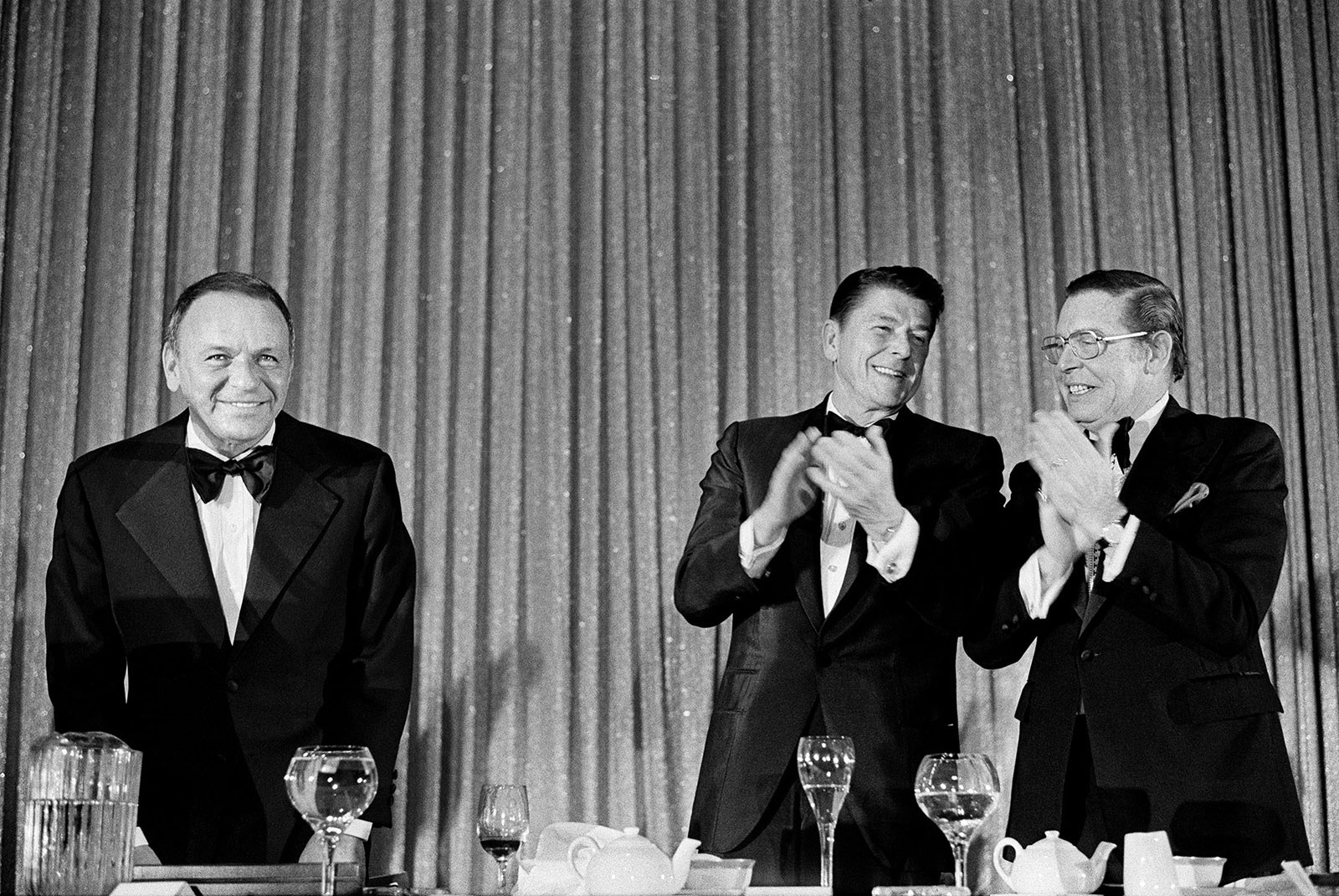 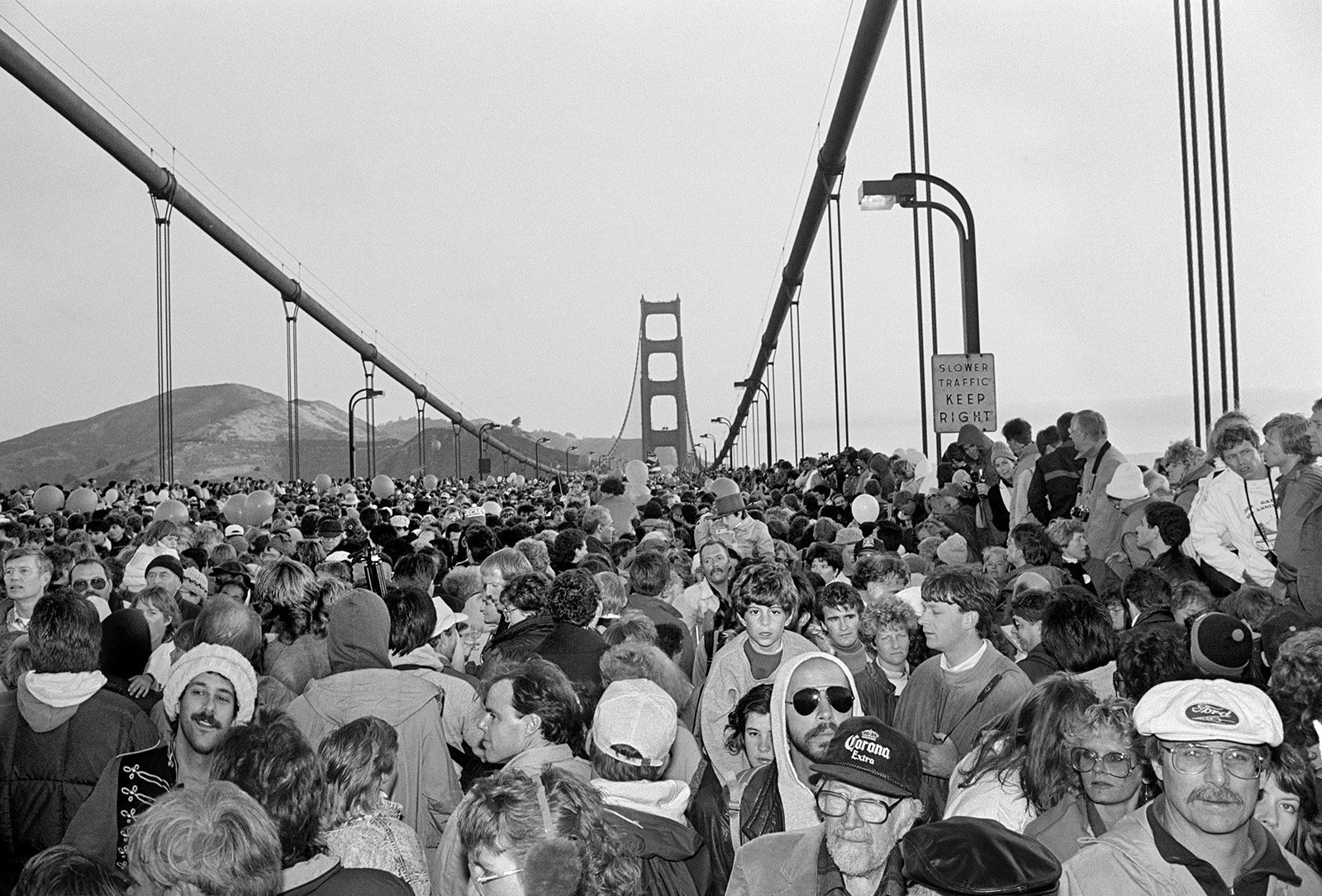 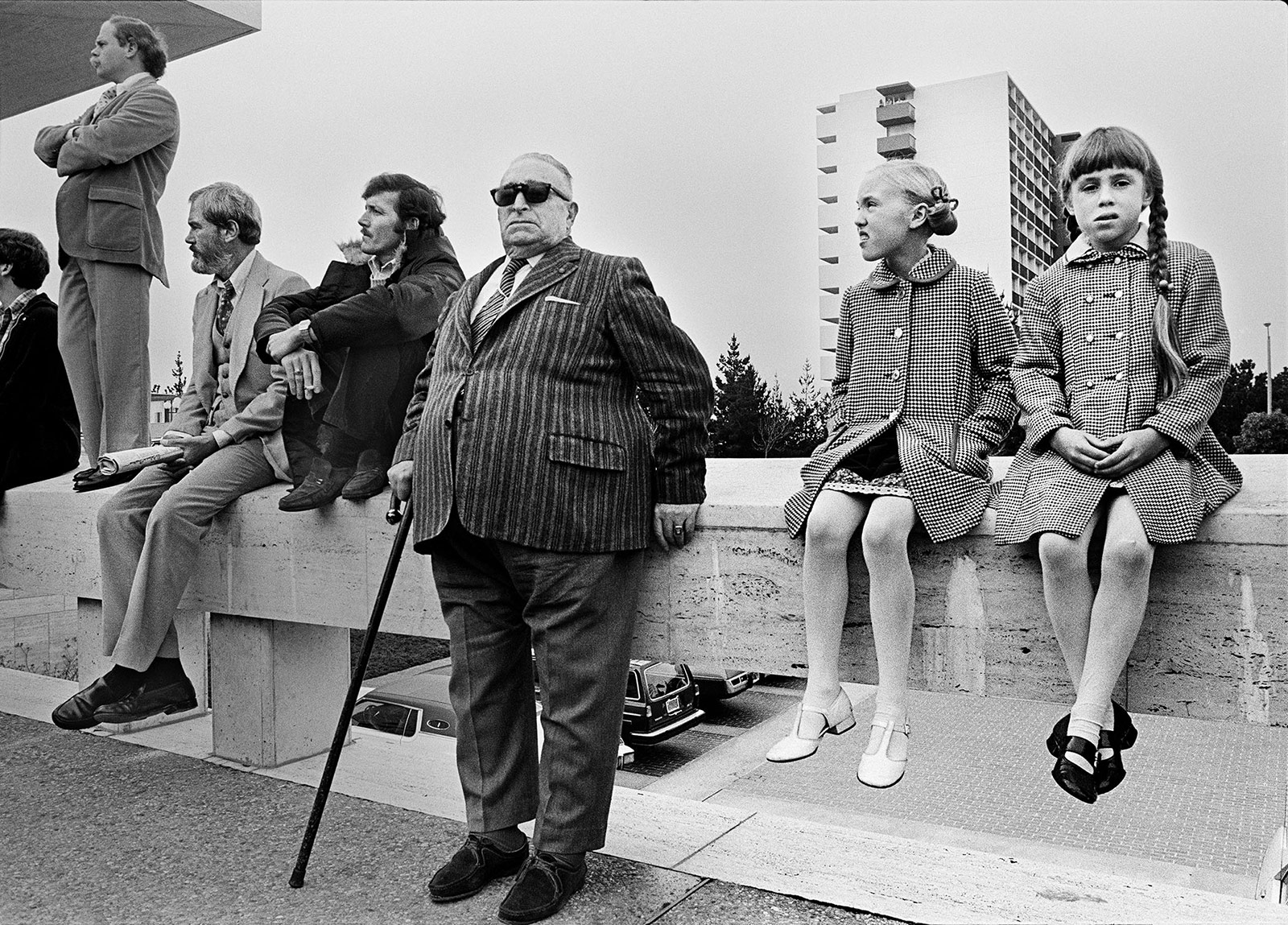 ONLOOKERS AT THE GEORGE MOSCONE FUNERAL, 1978 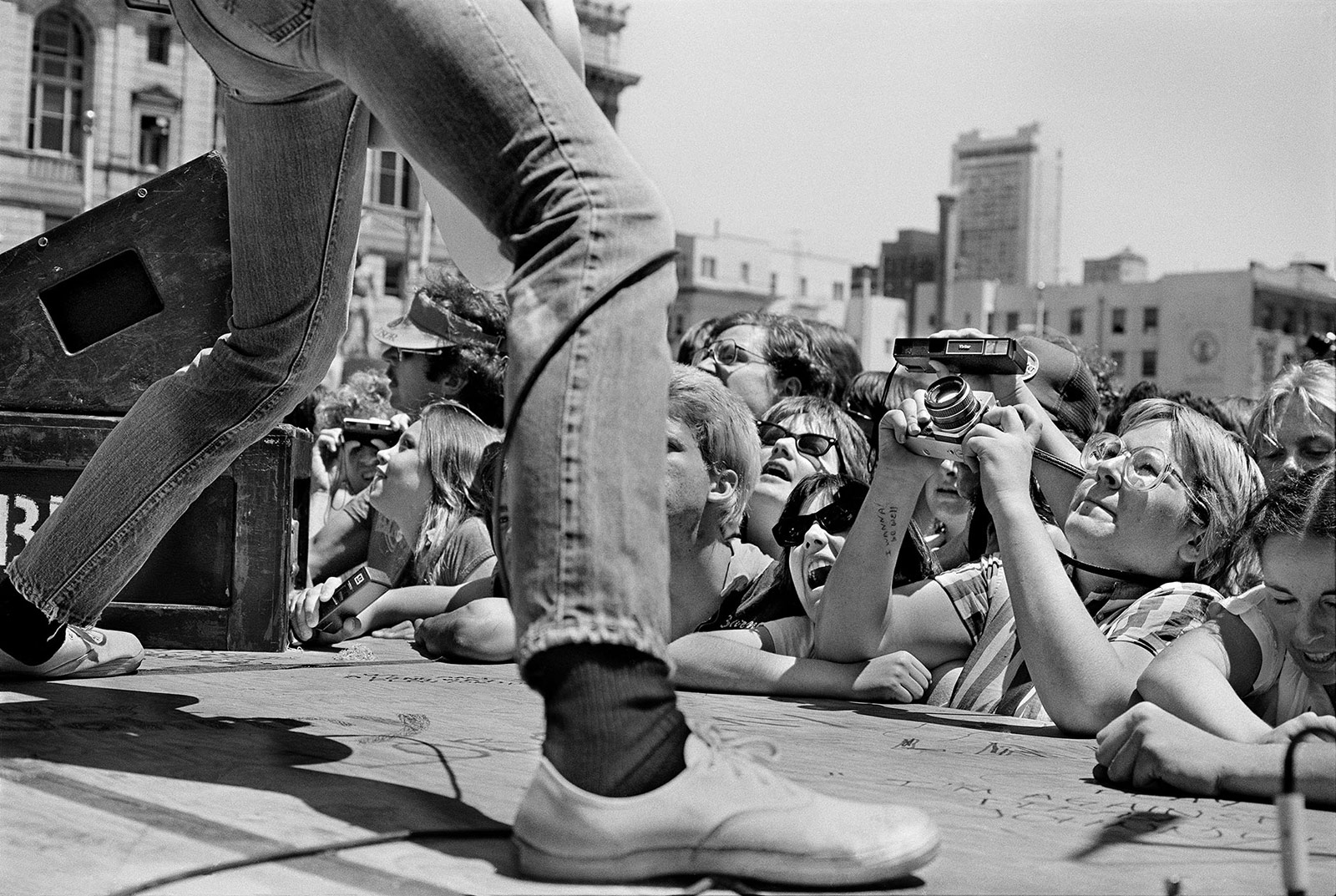 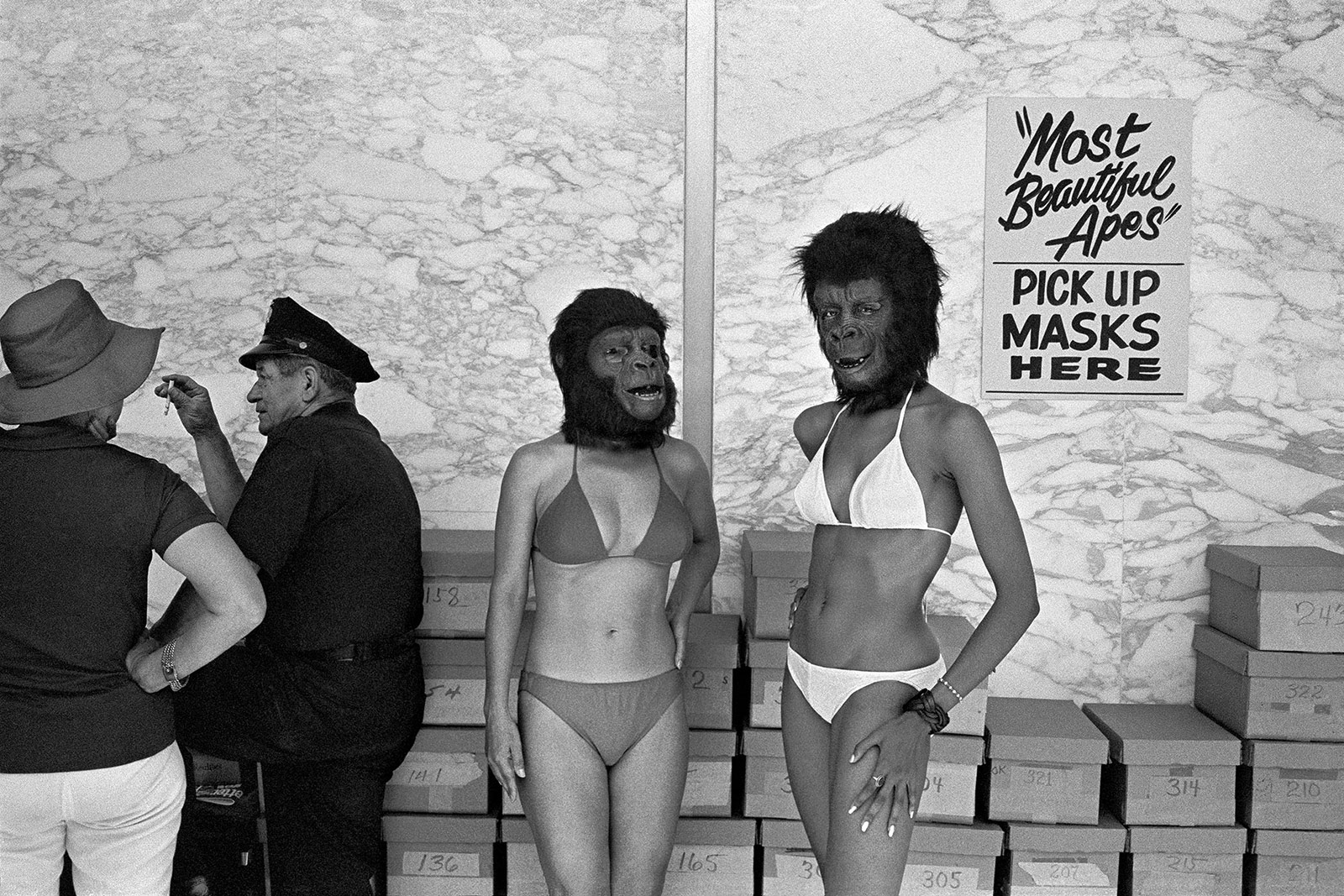