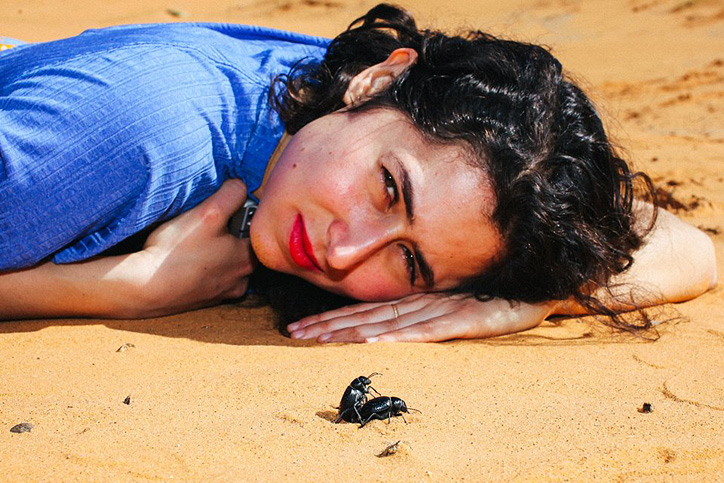 Young artist Meriem Bennani is one of a kind: she’s created a fictional character that designs avant-garde Hijab looks for avant-garde women, an animation series called Some Silly Stories, and added her very own touch to some music videos. The artist approaches political issues with humour rather than violence, works together with some of her relatives and has lived –and was educated– in three different countries with three different cultures. We talk to her in order to know more about such an interesting combination of elements in such a unique person.

You were born and raised in Morocco, but studied later in Paris and New York. How do you think living in such different environments affected your creativity and artistic expression?

These three places are very much part of me and my work. To put it in a simple way: Morocco is home in a visceral and motherly way; France is the country I was educated by and in, and New York is the place I chose to move to as an adult. Sometimes they coexist peacefully and other times they are in big trouble with each other. These conflicts constitute the unstable ground most of my ideas are built within and on. It was also super interesting going to school in Paris and then in New York. I like to think what I learnt from school mainly resides in the cracks between two completely opposite approaches towards art education.

When did you know you wanted to be an artist?

I still want to be an artist.

Define your art with five adjectives.

Some of your works are very psychedelic. What do you think about the relationship between artistic creation and the use of drugs?

I don’t precisely identify with such a relationship. In my case, the use of drugs or alcohol could be considered influential in a morning-after type productive anxiety. But in that range of very romantic ideas about creativity, I’m very big on dreams! I find a lot of work and attitude ideas in dreams.

Could you explain us a bit how does your creative process work?

I usually get the best ideas when I’m supposed to be working on something unrelated. Making weekly Instagram videos for fun has strangely become similar to a notebook situation where you put down ideas mindlessly and come back to the ones that could have potential. Those 15 seconds long videos aren’t my work, but they are where I play with the medium of video mostly.
I also similarly take a lot of notes and come back to them, very classic. Most ideas are very intuitive and sensual at first. Very rarely do I have a very thought out idea and find an artistic vehicle to show it off with. But if I did, it would be in a yellow convertible hummer and I would straighten my hair so it could fly further. I try and trust my instinct when something I saw stays in my mind and I come back to that vision and try to understand what in it caught my attention. I really often write a whole video around this one scene I have witnessed or image I thought about, and by the end, the scene in question is not in the center anymore. It just had little portals that opened opportunities for more ideas. But maybe that’s just the LSD talking.

You once drew music stars Oum Kalthoum and Nina Simone. In what sense have they inspired you?

The series came from listening more closely to both artists at the same time and noticing similarities between their lives and personas. Also, the environments they evolved in were very fun to explore graphically. Then I played with the images and narratives and imagined a life they would have spent together.

What other cultural and artistic people have inspired your work the most?

People everyday. The past year I’ve been a big fan of Aïcha Tachinouite, a Berber singer from the Souss in the south of Morocco. I still haven’t found the right project, but maybe one day we could do something together.

One of your most recent projects is “Funjab”, in which you create fun Hijabs – like the one for a birthday party with a cake atop, or one for Halloween with a bucket atop to collect candies. Tell us more about it.

Fardaous Funjab is an avant-garde designer who makes avant-garde Hijabs for avant-garde women. I document her life and encounters with customers and production in the format of 6-minute reality show episodes. I haven’t had the time to finish the first season of episodes yet, but I think I will in the near future. In my dreams it is pitched to Moroccan TV for the next Ramadan TV show (during the month of Ramadan, a show of 31 episodes is broadcasted every day at sunset, when people break their fast). Why not, right?

You modified the music video of Beyoncé’s Drunk in Love by adding some basketballs with which she plays. Would you like to direct and produce a video for her?

Of course! The real question is: would Beyonce like me to direct and produce a video for her? I would go for a dance-based video, for sure. I would try to use her amazing moves and special FX to develop choreography of humanly impossible dance. Maybe we could call this new genre LAP - TOP in reference to HIP-HOP. Just a thought.

The video Wicked Games by Chris Isaak, in which he flirts and dances with a model on the beach, is very famous. And you retouched it by adding a niqab to the female model, which is very controversial. I suppose that you, coming from “the inside” of the Muslim culture and religion, knew what you were doing. But, did the public react well to that creation? What do you think could have happened if an artist from Europe or the US had made that video?

I hope it is problematic! I think even as a video made by a Moroccan woman it is problematic. Something about the digital solid black shape of the niqab heavily pinned over the dated video texture feels very violent. I only realised it afterwards. I don’t know if the sexiness of the video remains or loses its point. I think that most people who have seen it in my presence know me (and my sense of humour), which has resulted in good reactions.

Besides videos, you also create tangible, objectual art. What is your aim when doing so?

I come from drawing. Or should I say: a very controlled and quasi-athletic relationship to drawing. I started making more and more videos and animations because the narratives I was building made sense in that medium. I guess most sculptural pieces have happened in the context of making site-specific work, which is always exciting.

In the exhibition Paste, held at the Signal Gallery in NYC, you created three pieces that were very similar to Waterslide. What was the evolution from Waterslide to Paste?

Waterslide is the largest piece I ever made. It was part of my senior thesis show at Cooper Union. It was amazing to hang a piece so far up that I could only reach an 8th part of it once installed. In some very literal way, it reminds of that idea of the piece not belonging to you once you made it, or maybe something like parenting. The slides in Paste are part of a similar series. I was thinking about representation, most precisely representation of water through drawing and graphic history.

As we can see, the sense of humour is very present in your work, and, you’re even sometimes what society would tag as ‘politically incorrect’. What do you like the most about using humour in your work and why? Do you think it is more effective to send messages that way than by being serious and politically correct?

I actually never feel politically incorrect. In my opinion, I am as transgressive as a 4 year old. Even when I make something funny, I am extremely serious and the humour is generated by my full involvement rather than a dry distancing. My work depicts subjects I am attracted to with a very genuine tenderness. It always feels like an exchange of generosity that, at the end, constitutes the padding around a piece. In some ways each joke comes with a compliment. I sincerely believe in the productive potential of tenderness, even within the sharpest criticism.

You have a project with your sister called JNOUN, and you also made a video of your great aunt. How important is your family to you? Do you think they are a source of inspiration for your art and life?

I am definitely deeply inspired by my family. They all support me in different ways that compete in greatness. The most inspiring, although it is unfair to say since she barely cares about me and doesn’t know my work, is my mother’s cousin Lâ Nezha. She’s an endless source of inspiration. I would attach a photo of her here but last time I did it I got in trouble and had to take it down. In the article linked I tried to break down my obsession with her for the first time.
This is the conclusion I came up with: «I think she looks like an American pop star. Can you imagine if she had her own show? I have been thinking about her and why I find her so fascinating. Her life is structured around the spirits, celebrating them, visiting marabous and helping people in their daily lives. Customers come to her with a problem. She consults the Jnoun at night and provides answers and life tips in the morning. Although the mystery of her heavily spiritual life could explain my obsession with her, it is not what I am most interested in. Something about the beautiful thickness of her body and her extreme aesthetics seem to protect her from judgment. It’s like any misogynistic comment or rule that is usually thrown at Moroccan women would implode if it approached her. A different set of rules applies to her. Even Jennifer Lopez didn’t benefit from this special treatment. She shows me a Morocco in which popular culture encourages self expression and recognises sex as a natural aspect of social interactions outside of marriage. There is so much freedom in the space she opens up in her house once a year. Every time I borrow from Lâ Nezha in my work, it is that beautiful space of possibility that I open up once again.

What projects are you currently working on?

I am preparing for my first solo show at Signal Gallery in Brooklyn. It opens Nov 13th 2015. I am also launching the second project of JNOUN Studio with my sister Zahra Bennani.

You’ve appeared on The New York Times, showed at galleries and museums, worked for musicians… The present looks good for you. But what about the future? What are your plans?

Thank you! My plans are to keep on making diverse projects and continue developing JNOUN Studio. I want to finish Fardaous! And go on more vacations. 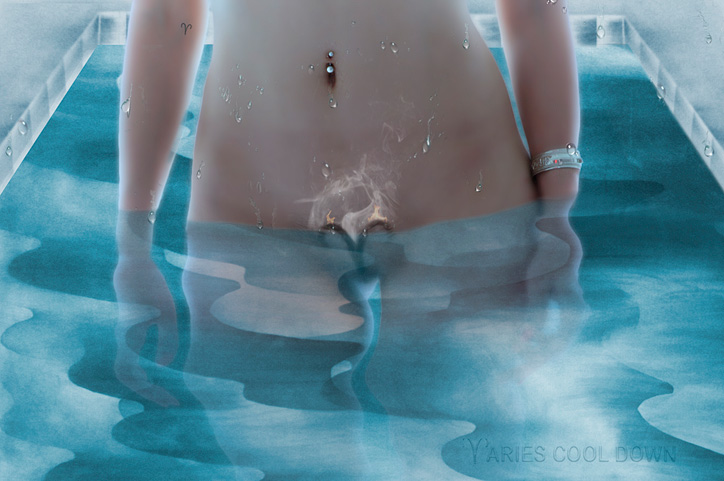 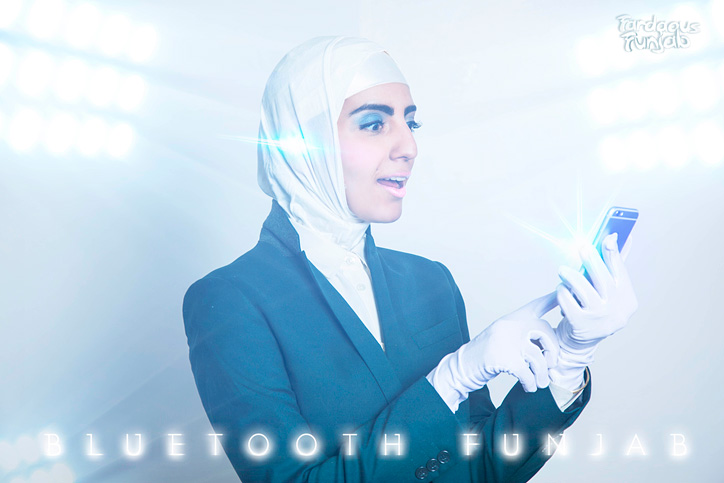 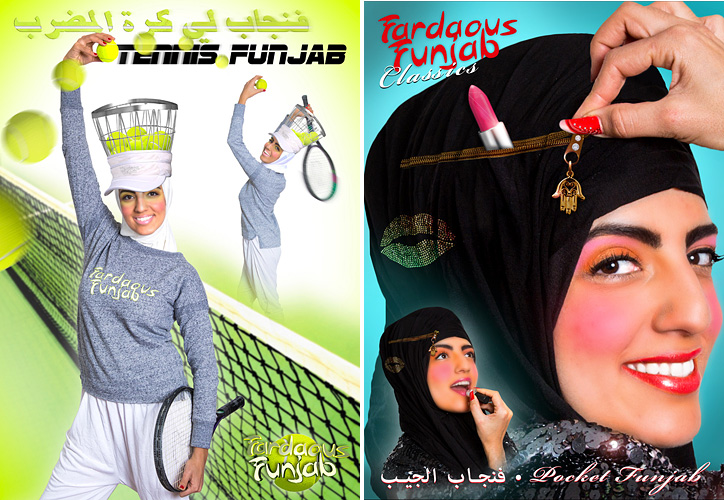 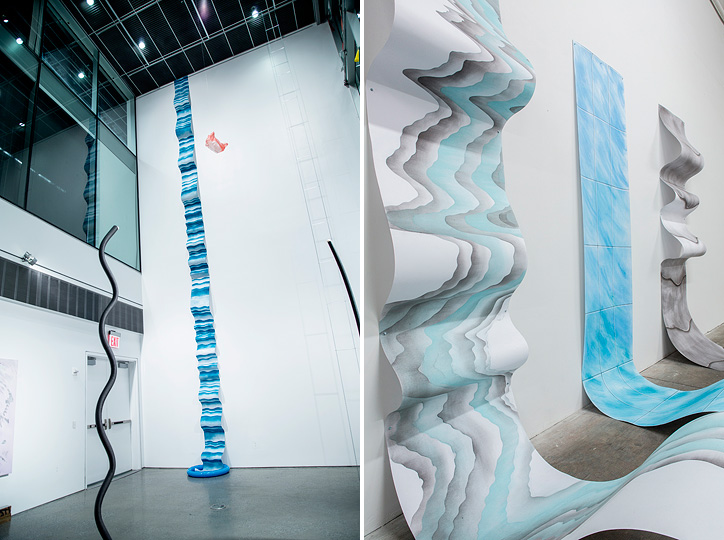 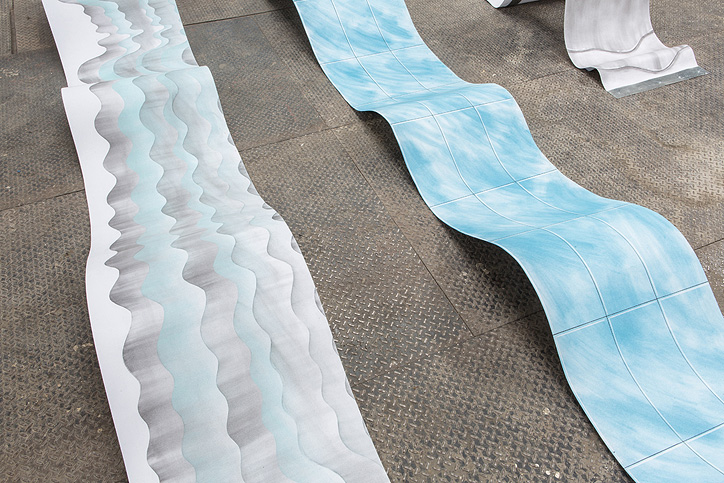 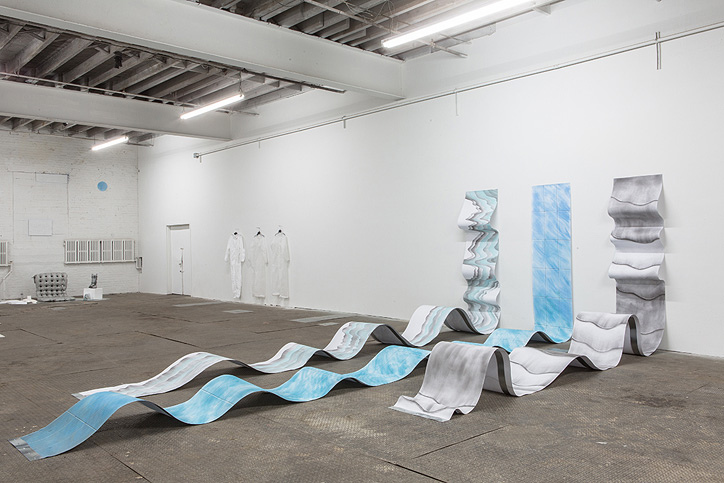