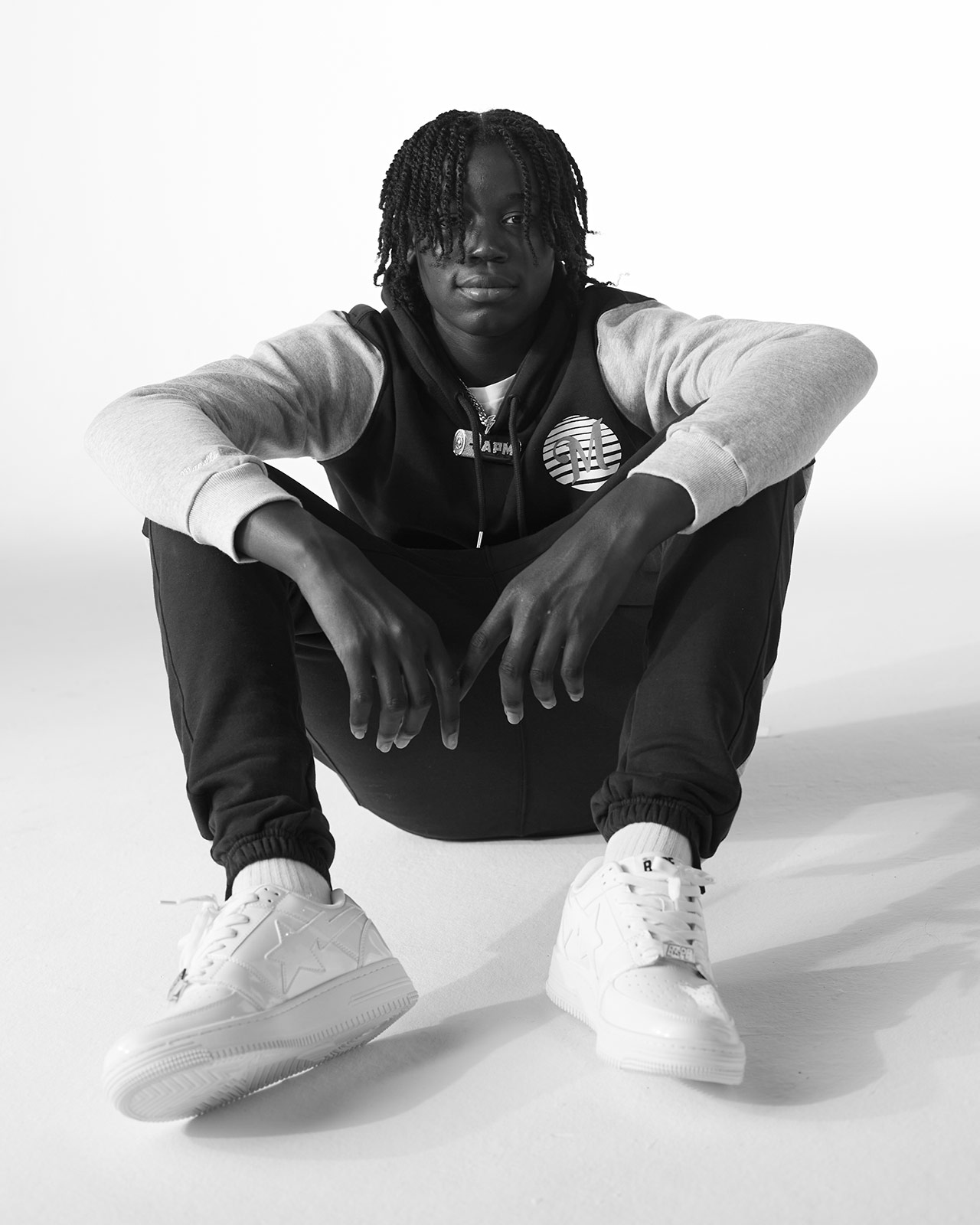 Melvoni is an enigma, a rapper that has gone from strength to strength from the release of big singles such as Big Rocks and No Man’s Land last year, to releasing music prolifically this year. He firmly stands alone, determined to make it by himself and for himself. He is fiercely independent and is truly managing to make waves in the new wave rap scene in the United States, yet remains humble and with his feet firmly stuck to the ground. He talks about his influences, his past and how he got to where he is now, and his goals and plans for the future. He has an exciting time ahead, having signed to the prestigious Epic Records and continuing to release music regularly.
At the age of 17, you’ve made a name for yourself, with Big Rocks and No Man’s Land gaining a lot of interest, with a combined six million views on Youtube. How do you stay grounded when you have so much buzz around your name and your music, at such a relatively young age?
I stay grounded because I’m not where I want to be. My buzz is nothing compared to my aspirations, not saying I’m not thankful, but until I reach the top I treat myself no different than I did before my music started picking up. If you get too cocky and overvalue yourself in the eyes of other people, they will resent you before you even really take off.

What are some of your earliest musical memories?
My earliest music memories is me having to beg people to come to the studio and nobody coming the first time. Another one is trying to sneak into the studio session of some of the bigger artists to play them my music.
To be talented and releasing music while still in school takes a lot of work and perseverance. What inspired you to get into making music and rapping?
I mean, I put a lot of other things before school, so music was an automatic. I had a dream to chase, and I was broke. I had a talent so why not use it to my advantage to get me out the situations I was in.
“I have no peers, and I don’t plan to prove myself to nobody or represent anything or anyone that’s not my family. I know who I am and I know who I’m gonna be.”
What would you describe are your biggest inspirations musically – be that other artists or genres in general? Has your Jamaican heritage influenced your music in any way, given the prominence of Jamaican music around the world?
Yes, I used to listen to a lot of artists, one of my favourites being Michael Jackson. And yeah, my Jamaican heritage did help as you could hear in my music. I grew up listening to dancehall and reggae and even ska.

You are touted to really take off and gain even more attention. Are you ready for this level of interest in you? Do you think being on social media helps you prepare for this?
I am ready for this level of interest but as for social media, I don’t like putting my personal life out there where people start judging me and shit. It’s depressing. Opening my phone puts me in a bad mood and a dark place in general.
Let’s discuss your music. Your lyrics on No Man’s Land are very emotionally mature and discuss important topics such as growing up in Brooklyn and going to school in Crown Heights. Does this lyricism come naturally to you?
I just rap about what I know, guess you can say that... I just don’t really like people as a whole much less rappers, but my producer's feel my flow.

Features are obviously a big part of the genre. Have you considered or being approached to work with any of the older generations for a feature or for production, or would you rather grow yourself more organically and stick with producers you know and trust?
I’ve been growing organically alone for a minute now and I feel like it’s working but everyone says I need to open up, so I guess I have no choice but to consider it.
Do you think it is important to represent your generation in the industry, given the number of well-established artists there are, and to make sure you can prove your worth despite being younger than your peers?
I have no peers, and I don’t plan to prove myself to anybody or represent anything or anyone that’s not my family. I know who I am and I know who I’m gonna be.
You are releasing music at a steady rate, with a new track dropping every two weeks. Given the situation with Covid-19, it must be hard to be able to interact with your fans in a normal way. Is this release schedule enjoyable to stick to? Does it help you feel you are providing your fans with new content during this difficult time?
I love my fans and majority of our interactions were already on the Internet before Covid. I’m just trying to give them what they want and they want music, so I’ll just keep dropping more tracks for them.
You signed to Epic Records recently. How do you feel that being part of a label with such a vast range of artists, and specifically in rap, from acts such as Outkast to Travis Scott, will help boost your career?
I fuck with Epic Records. They're helping me grow as a career artist, but as for having other artists on the label who are already established, well they have nothing to do with me until they do, do you feel me?