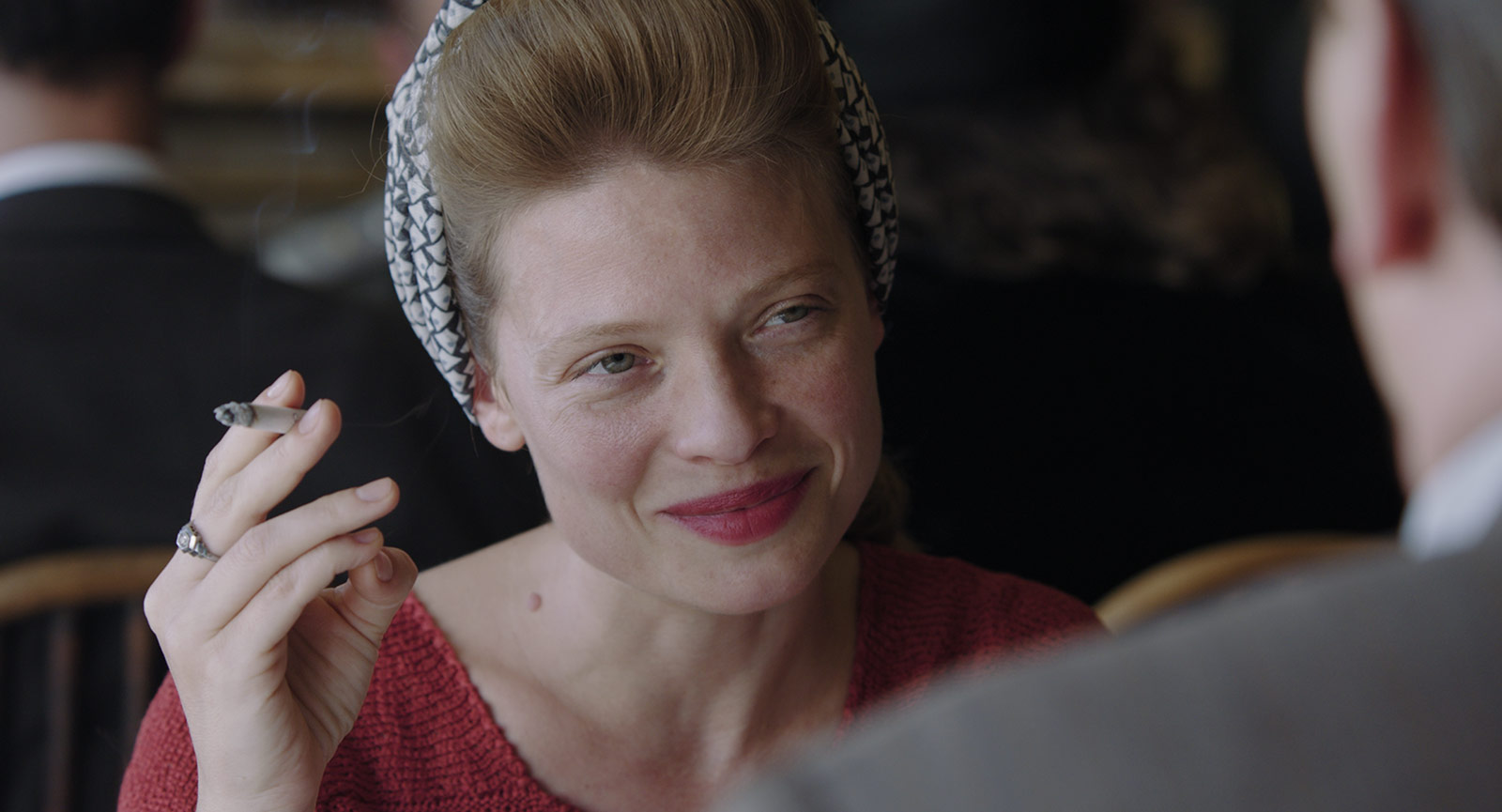 The rain finally gave us a break in Madrid, so we didn’t think twice about moving immediately into the gardens of the Institut Français where we attended the presentation of Mélanie Thierry’s latest film, whose performance was acclaimed in the recent edition of the San Sebastian Film Festival and released today by Alfa Pictures: Marguerite Duras. Paris 1944, an adaptation of the French writer’s autobiographical novel Memoir of Pain, directed by Emmanuel Finkel.
Mélanie has a delicate and enigmatic image, a kind of presence that is impossible not to notice, as under her reflexive appearance hides a strong voice that intrigues us for what she is about to say. She is one of the most successful actresses in France, where she’s worked in cinema and theatre since her first dramatic role in The Legend of 1900, by Giuseppe Tornatore, which marked the beginning of her career in the film industry. In 2010, she received the César Award for Most Promising Actress thanks to her role as Magali in Le dernier pour la route, by Philippe Godeau. Some fashion insiders and Belle d’Opium lovers might also remember her as the face of the Yves Saint Laurent’s perfume campaign in 2010 or on the cover of several issues of Vogue Italia shot by Lindbergh – although her link to the fashion world is now a thing of the past, as her filmography becomes more and more extensive and award-winning.

Directed by Emmanuel Finkiel, the story begins when the French writer finds two old diaries in a forgotten box, triggering memories that take us back to the Second World War: as part of the French resistance, Duras painfully suffered while waiting for her husband’s return from the Nazis, who captured him as a war prisoner. “This is the story of an agonising wait, long and silent. The search, the absence, the separation”, explains Mélanie. 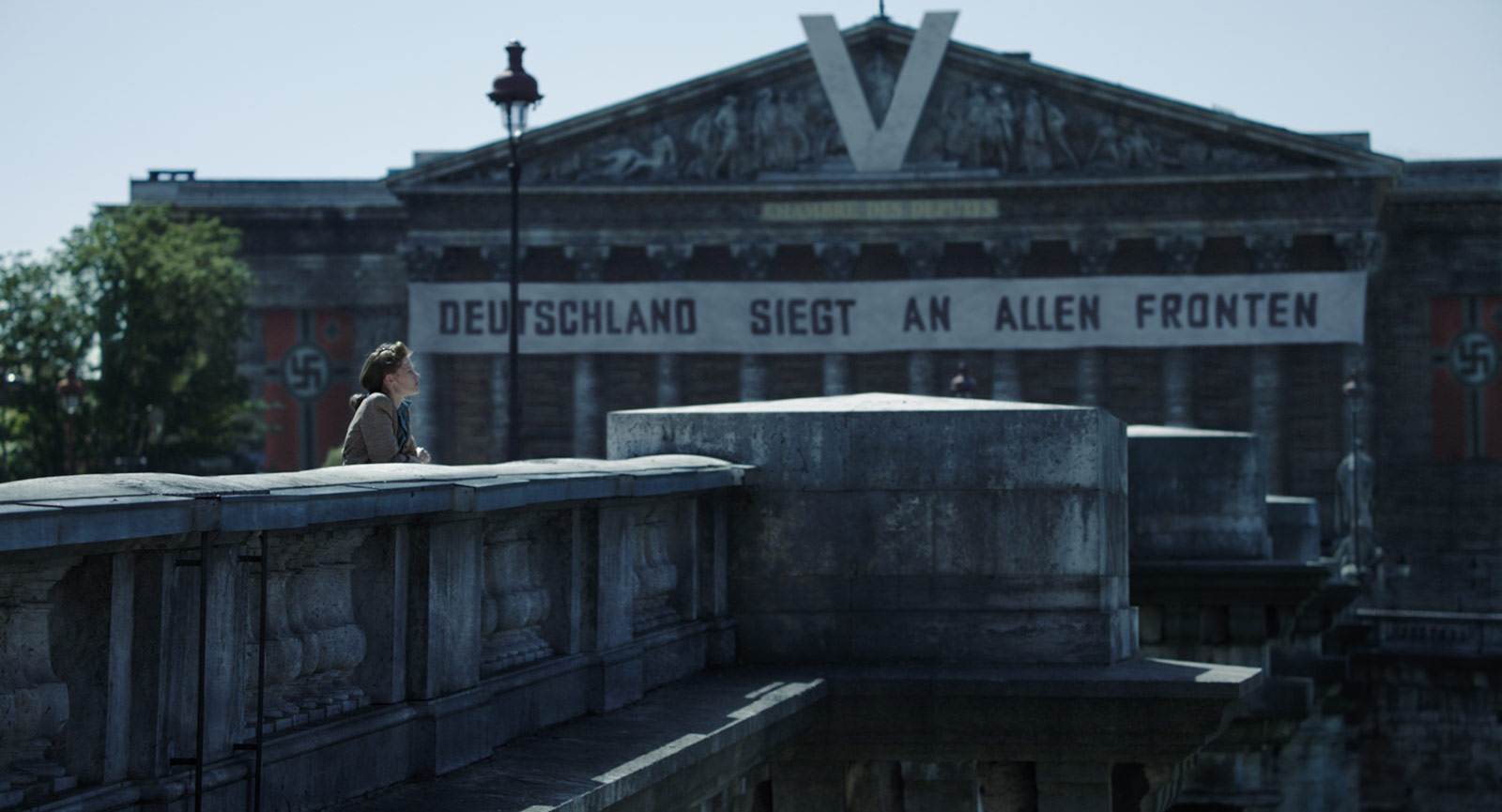 Those who have read Duras know about her particular taste for the different, the unknown and the secrecy. A descriptive style that is suggestive as well as provocative. Besides her affiliation with the communist party during the Nazi occupation in Paris, Marguerite Duras was in touch with the existentialism of Sartre and Beauvoir, a school of thought she’d finally abandon to get closer to the nouveau roman. When you go through her iconic novels, like The Lover or The Sailor of Gibraltar, you see such themes were quite a constant in her narrative style: “Duras was a complex and brilliant woman. What I like the most about her is her strength, her rhythm, and her particular way of writing, where repetition takes you to the limit, creating a sense of vertigo, an alteration, an obsession that takes you into the depths of emotions”, says the actress.

The director of the film, Emmanuel Finkiel, was the former assistant of directors Bertrand Tavernier, Krzysztof Kieslowski and Jean-Luc Godard before his debut with Voyages. In 2008, he was honoured with the Jean Vigo award for his film Nulle part, terre promise. His casting for the adaptation of Marguerite Duras’ novel includes Mélanie in the leading female role along with Benoît Magimel, Benjamin Biolay and Grégoire Leprince-Ringuet.

In this film adaptation, the perspective of Finkiel is different to other films about the post-war era, which usually focus on the soldiers’ anxiety or depression but don’t even consider the point of view of women. Mélanie explains how the director remains faithful to Dura’s personal voice, translating her memories of suffering into images through silences and languid atmospheres, but also proposing a different approach as the pain didn’t end when the war was over. Instead, it is kept alive afterwards in the hearts and minds of the families and their lost loved ones. 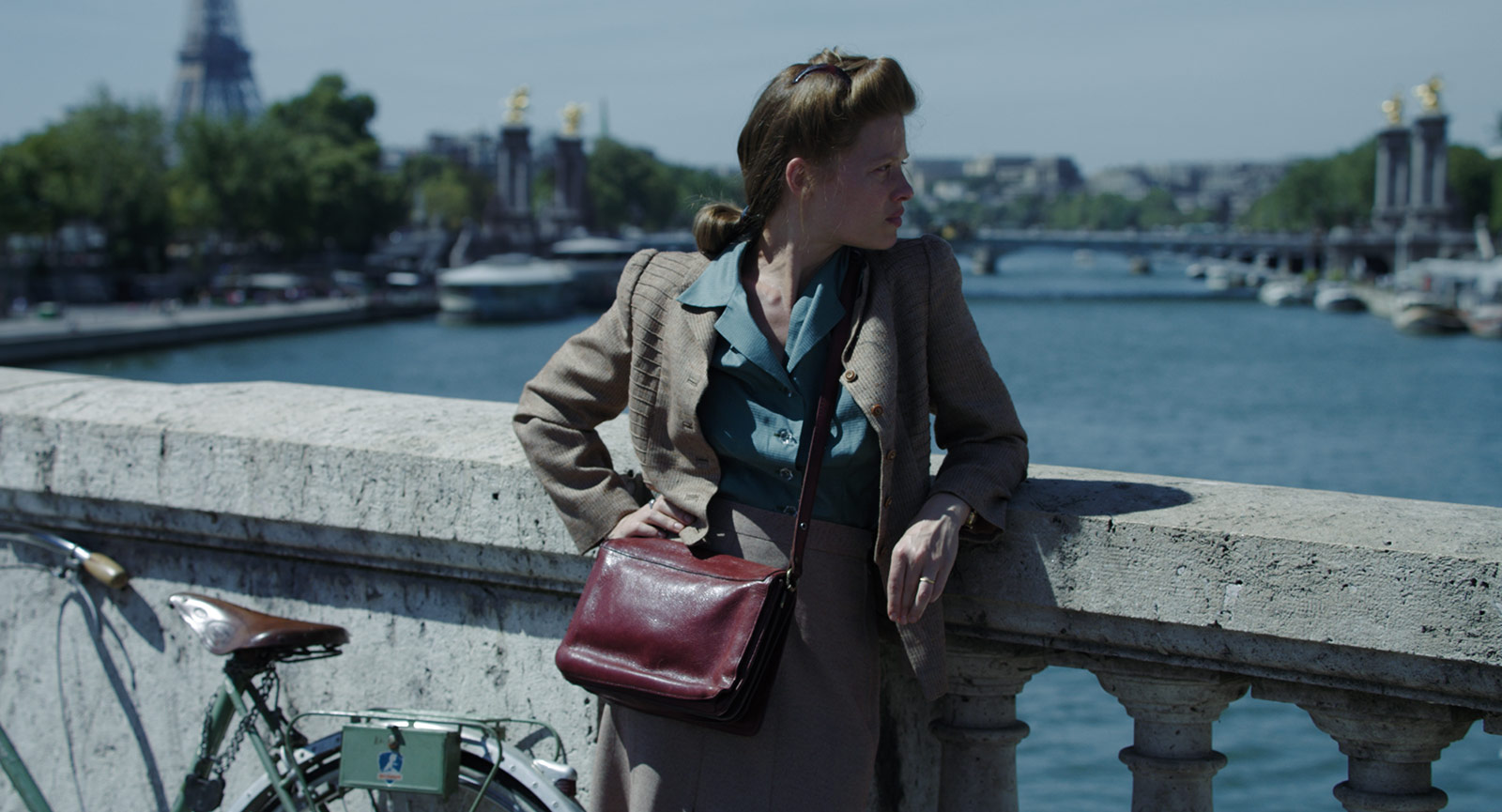 Marguerite Duras’ novels are quite autobiographical, blurring the lines between fiction and reality. What parts of her complex personality interested you by the time you were creating the character?
What interests me the most when making films is thinking that I’m doing it for a reason, that is to say, I want it to be a work of particular importance that leaves an indelible mark – if possible – on the people who watch it. I quickly told myself I was very lucky to have been chosen after seeing that the director wanted to revisit Duras’ work, making it his own by mixing the woman, the writer, and France’s rich history in a highly personal cinematographic statement.
We are effectively talking about Duras but there is something that protected all of us: it’s not a biopic but the adaptation of one of her novels, so it necessarily evokes the idea of fiction and the role of the heroine. I think that her language’s density, which the director tells visually, produces a cinematic result of sheer purity.
Part of the director’s proposal deals with transcendental themes such as absence, separation and the long wait. How did you prepare yourself to deal with such emotions?
By the end of the day, I have to work with what I am, so I looked hard inside of me trying to find where were these emotions. Drawing from my own feelings, I tried to latch on to those elements of myself without lying, trying to be as sincere as possible. I looked to find a connection between what I am and what I was trying to be with my character.
How was your experience with Emmanuel? This is the second time you work with him. They say he is very demanding…
He’s a hard man to please, you’re right, and there is no doubt that he is very demanding as a director and there is a certain purity to his style of working. He’s not there to please anyone. He tends to take his idea to its ultimate consequences and his approach to cinema may not be the most popular but it does add greatness to the genre. I believe his filmmaking isn’t for mainstream consumption but it’s something that will have continuity over time and a life of its own in our minds. That is my impression. I already knew about his work – and I knew it from within – and know that he is one of the men with whom we have a great deal of trust and affection. At times, he can be very harsh and uncompromising at the same time, but rarely have I seen someone so inspirational as him.
Was there any particular scene that was hard to play?
I think the hardest thing is what goes on before the scene. We go through a process through which we don’t know if we are capable of seeing. We are working hard and, sometimes, we lose faith in our abilities and get the feeling that what we give to the scene won’t be enough or won’t meet the expectations of the film. That’s interesting and quite awesome because you have to throw yourself in, abandon yourself to the job. But, sometimes, we don’t know if we’re sufficiently geared up for the task. 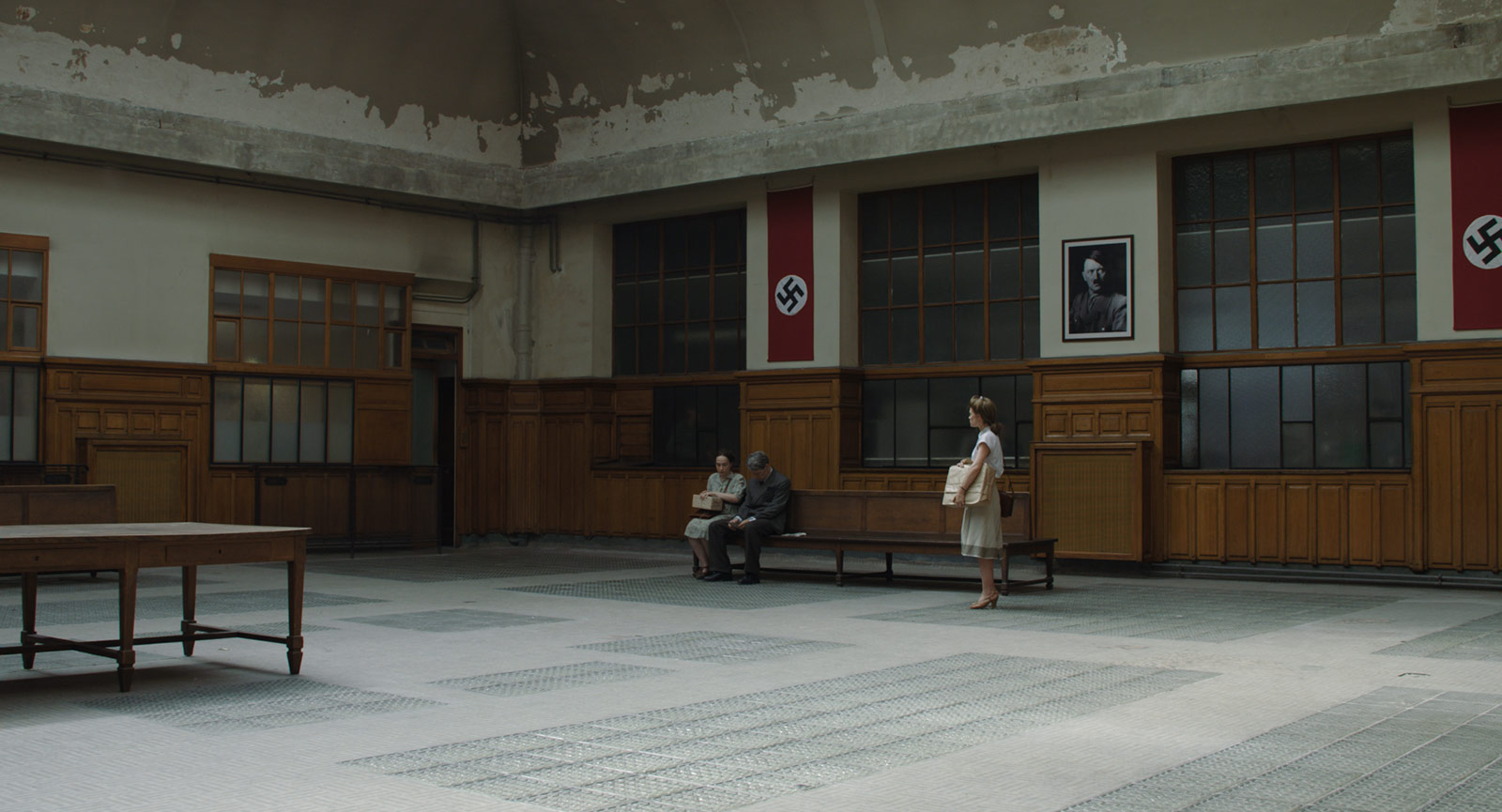 The film is set in the Second World War era and also recreates the aesthetics of the ‘40s: dark colours and austere fashion. How important was this to the film?
Let’s just say that a film is a key set of elements that have to be visualized, and so every element has its own particular importance. For example, I didn’t use makeup in this film; there is no makeup at all. Zero. The director didn’t want filters because he wanted to highlight realistic aspects, showing skin in its finest detail. My hair was also made to look relatively unstyled and generally uncared of because the opposite would lack credibility – plus, the film needed to have a certain modern look to it. That had a lot to do with the wardrobe as well. It had to be mixed up so that it would appear as if everyone was dressed in day-to-day garb without looking artificial.
The film was well received at the San Sebastian Film Festival.
Yes, it’s always a happy moment when a film gets good reviews. It’s true to say that if a film resonates in the same way in France and in other countries, it means it will travel well as a universal work, just like the literary work of Duras. It is so difficult to make a film these days, especially to raise enough money when there is never really enough around to make these kinds of films, which appear to raise little interest as people prefer to see comedies or series on their iPad while lying in bed. So when you feel that there is some interest or expectation out there, you get the impression that you’re not working in vain.
You’ve participated in American productions such as Babylon AD but also with Spanish director Fernando León de Aranoa and other European directors. Are you now more interested in non-French cinema?
I love working away because it opens the field for me and it’s another way of approaching work and getting to grips with other cultures. It feels good to cross the border, and I like working in English as well; I think it’s great fun. I’ve been lucky enough to have had some success and to have come across brilliant directors like Fernando, Terry Williams or Giusseppe Tornatore. I would like this to happen more often, of course, but I’ve never gone out looking for it or trying to prompt a reaction. They have normally come to me. I don’t really know why but my name seems to come up and the experiences have always been happy ones. 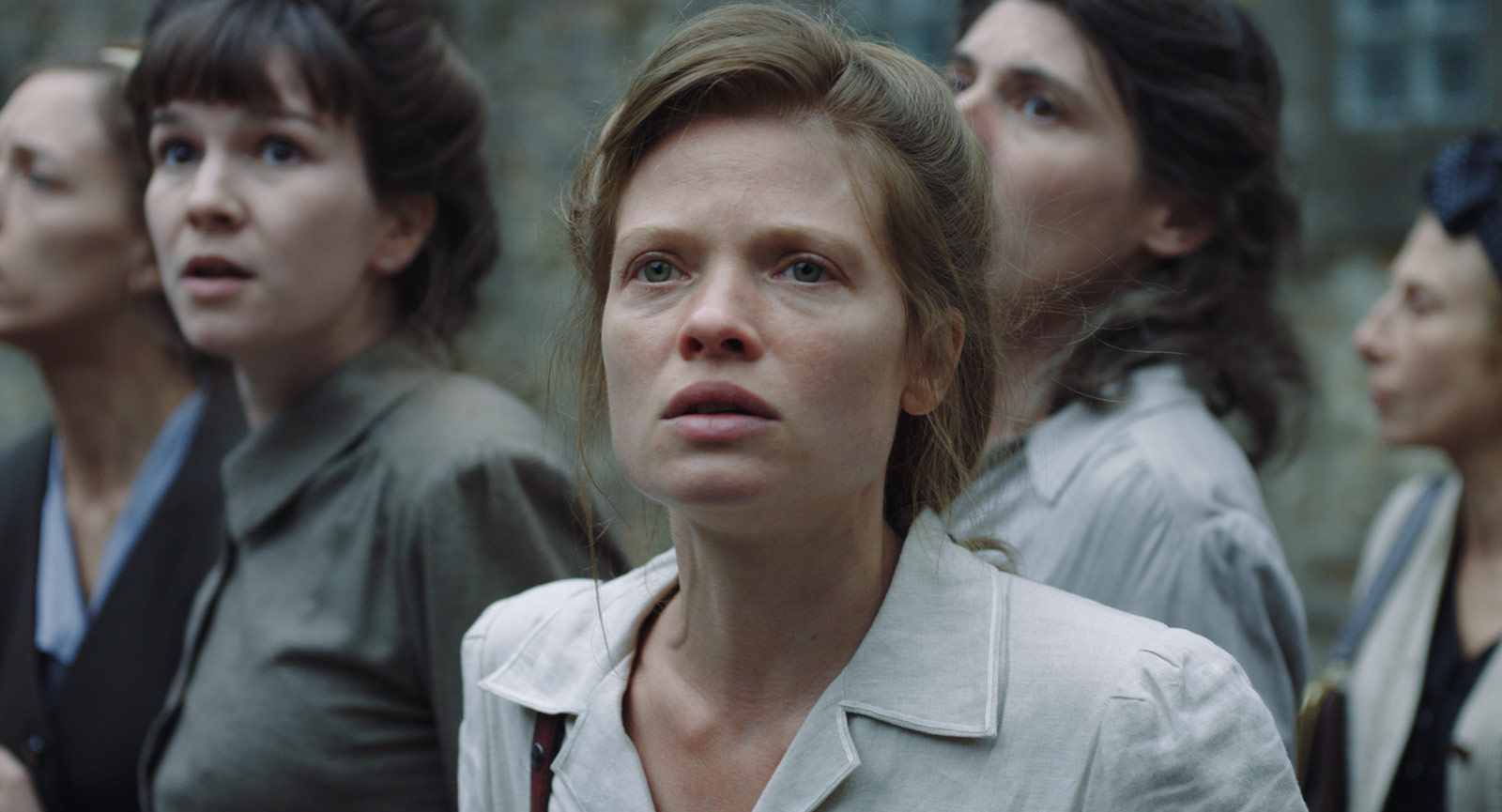 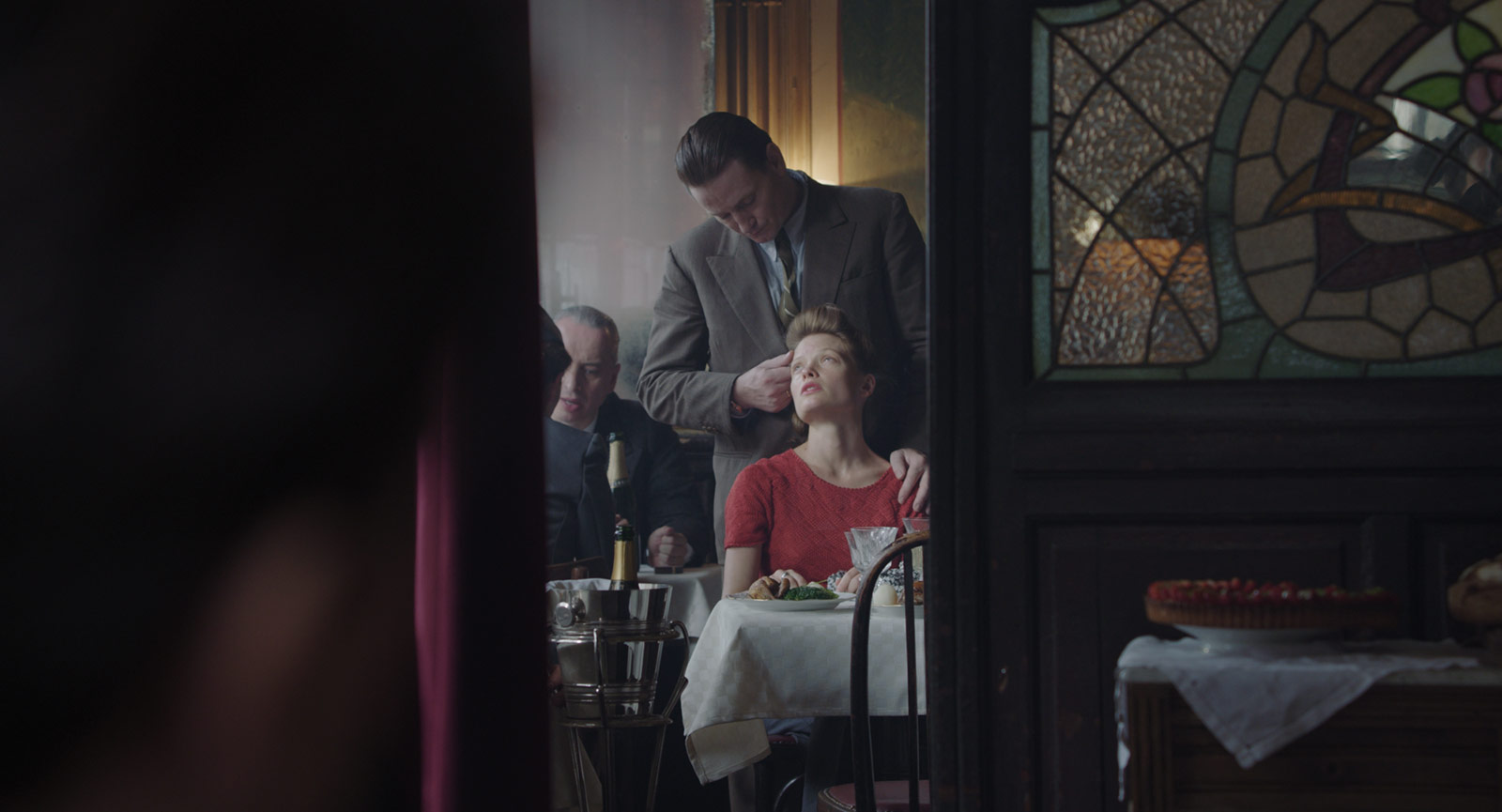 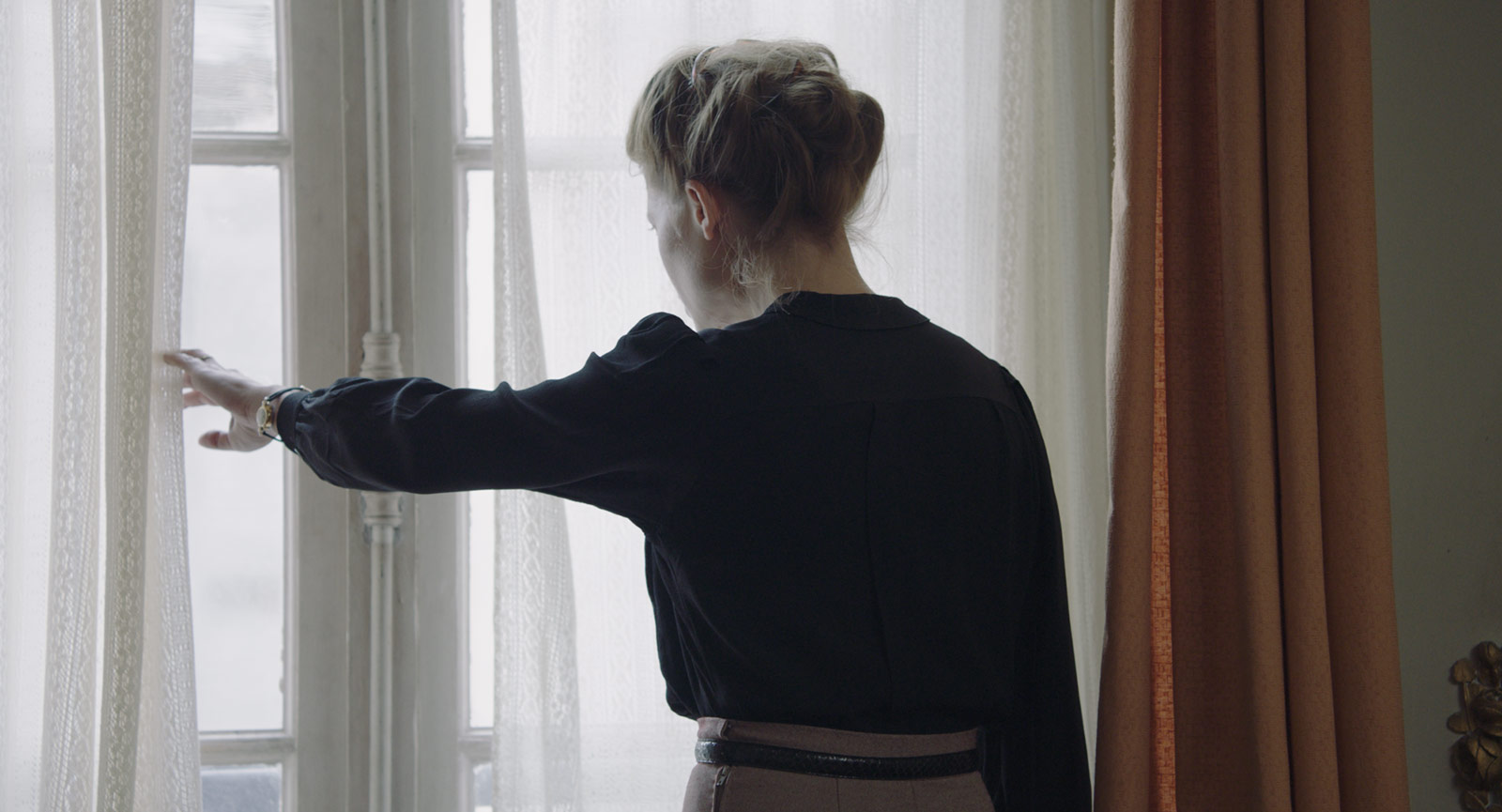 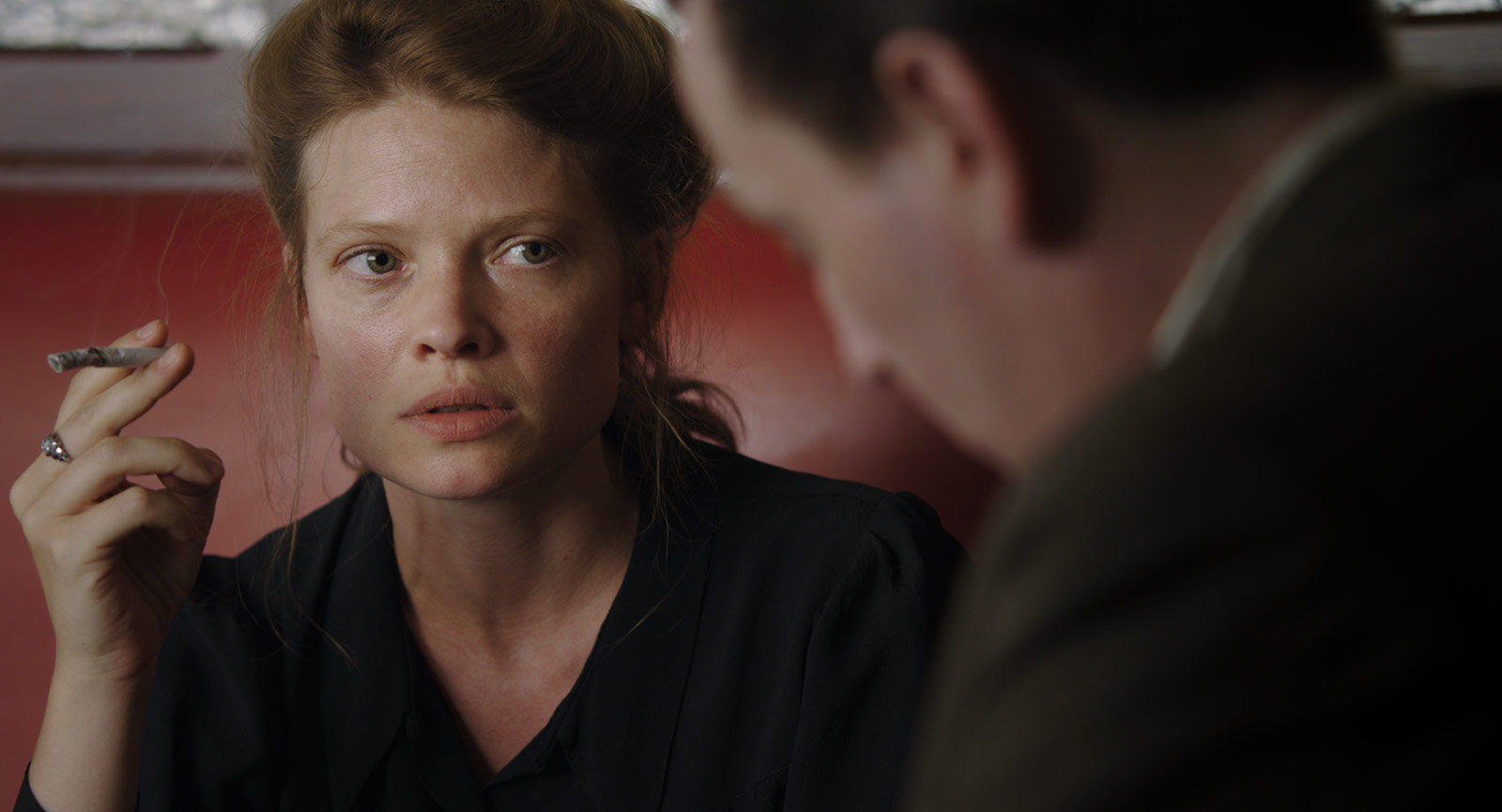