Take off your shoes and step onto the highway 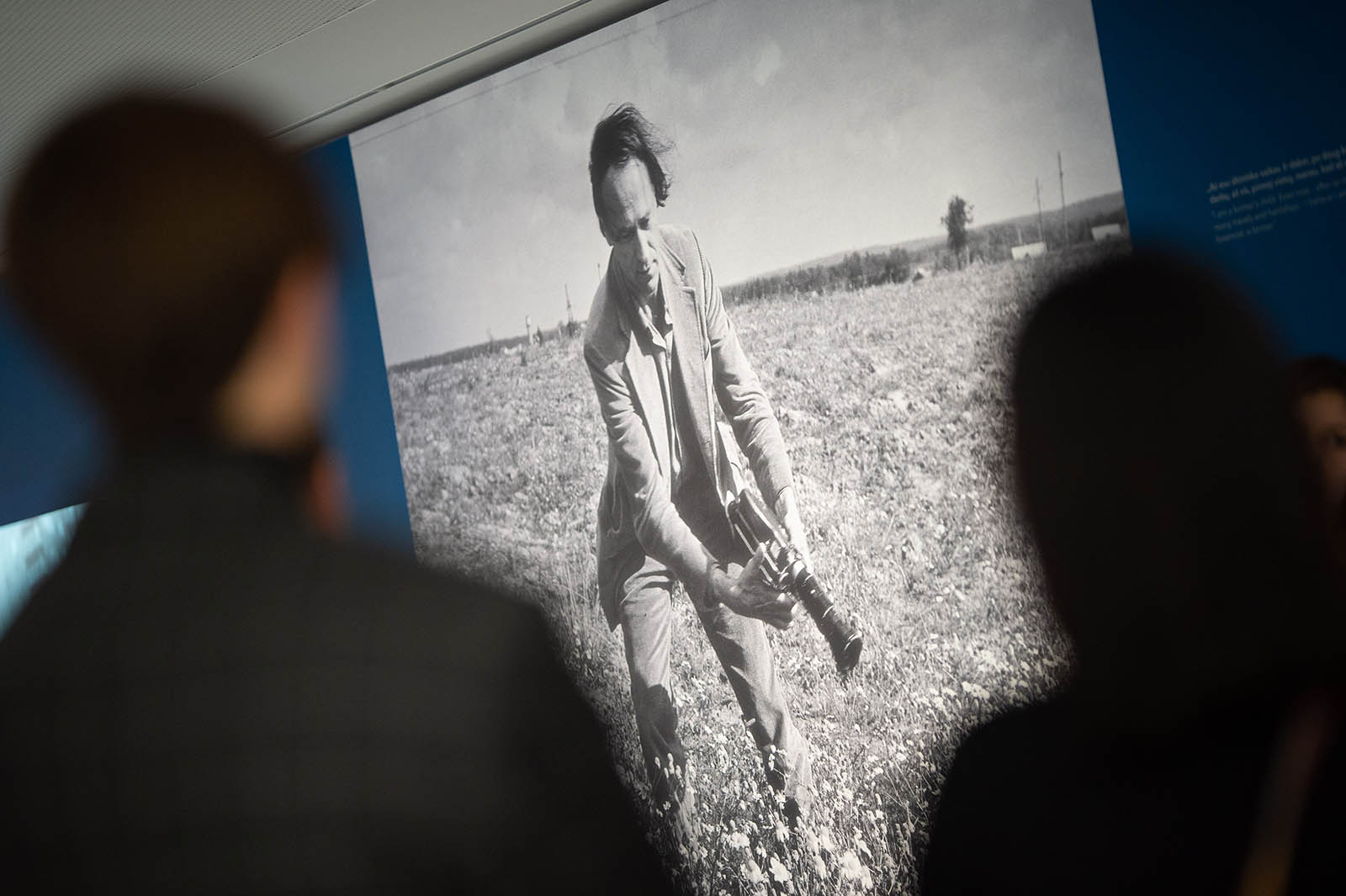 Warm summers, lazy weekends, evenings in great company – they all seem to whiz past us so deceptively fast. Here one moment, gone the next. Like frames of a particularly engrossing film. Alas, today we’re looking away from the silver screen, behind the camera, to focus on the one doing all of the filming. Specifically, Jonas Mekas and the endless stream of snapshots that flowed through his life, now on show at the Vilnius MO Museum exhibition Mekas Winks Better all the way through to August 16th. We sat down with one of the exhibition’s co-curators, Deima Žuklytė-Gasperaitienė to talk about the man, the myth and, of course, the exhibition.
Architecturally, this exhibition has been dubbed ‘The highway of Mekas’. Why choose this specific format?
The goal was to create a perpetually running stream of still shots to emphasize their connection to film, to partially negate their photographic nature. It was the exhibition’s architect and designer, Gytis Skudžinskas, who came up with the idea and suggested we then break up this ‘highway’ with some mirrors. This way, visitors could become part of Mekas’ shots and see themselves next to the likes of John Lennon and Yoko Ono, casually and effortlessly slipping into his extraordinary everyday life.
Mekas has been labelled and re-labelled umpteen times. Depending on who you ask, the man’s a prophet, chronicler, midwife, shrewd farmer, strict headmaster, and even the poet’s kung fu master. So, who’s Jonas Mekas?
I’d say he was simply a multi-faceted person who, unlike many of us, managed to tap into a multitude of his facets and talents over the course of his life. That‘s why he appeared as a farmer to some and a chronicler to others – he was both.
The exhibition’s title was inspired by a particular wink exchanged between Salvador Dalí and Jonas Mekas. Why focus on Dalí – not Warhol, Lennon, Ono, or anyone else from Mekas’ star-studded social circle?
In this specific case, Dalí was singled out not as an individual but rather as a symbol of the past, the bygone era of modernism. Although by the time Mekas had met Dalí he was, indeed, still incredibly popular, a frequent guest of various television shows, and a face instantly recognized by the general public, the real heyday of Dalí the artist, Dalí the avant-garde icon was behind him.
After WWII, the avant-gardists of the world never stopped creating art, but the ones creating trends were the members of New York’s art scene, which included Mekas, Mačiūnas and many others. So essentially, Warhol, Lennon and Ono were part of the same generation. They were the ones whose ideas and works began to take the world by storm at the same time as Mekas’. They were his equals. We chose Dalí as a symbolic counterpoint that emphasized the fresh, avant-garde artistic way of thinking of Mekas and his entire generation. The wink, a sort of poetic metaphor, was the idea of co-curator and poet Edmondas Kelmickas, who observed it resembled the transitional moment between two frames on a cinema screen. 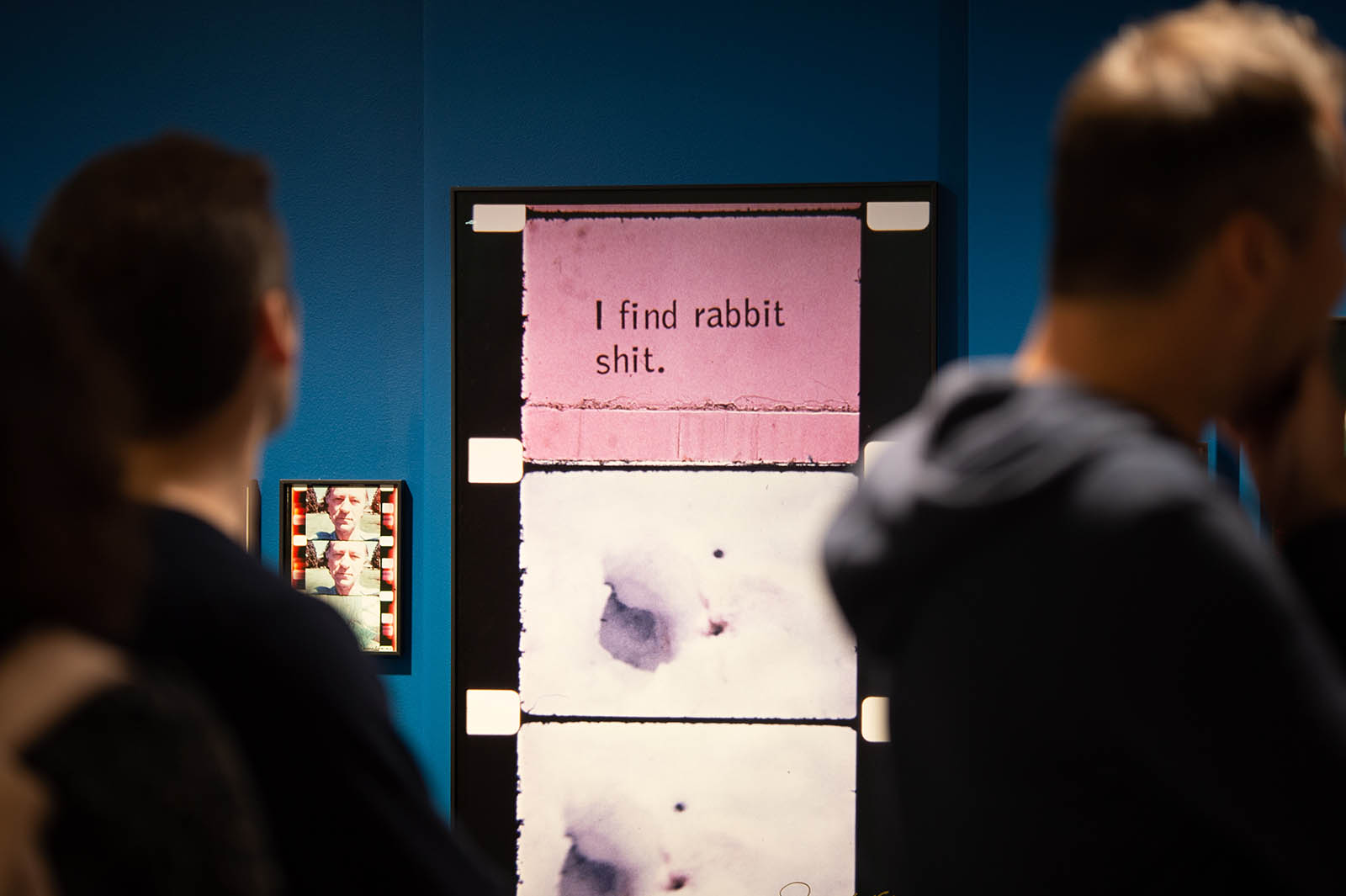 In many respects, Dalí and Mekas were different – different cultures, different egos, different art movements. Who were they for each other? Did that wink change anything?
The two certainly had their differences. But they did have one thing in common – their meeting point, New York, was for them a foreign patch of land, situated on the opposite side of the Atlantic from their native lands. There, the two of them were detached from their respective cultures, trying to take root in and conquer this ‘brave new world’. I think they must’ve felt like they were in the same boat, and that may be one reason why they got along. Although their relationship wasn’t particularly noteworthy, they never became the best of friends; they did take note of each other’s work, host happenings together, and Mekas did film some of Dalí’s performance art pieces.
“All those people just kept going my way – George Mačiūnas, Salvador Dalí, Jackie Kennedy, Yoko Ono, John Lennon, etc. I didn’t need them, I didn’t know them, and I didn’t seek them out.” This is how Mekas spoke of the people around him. Did he have any friends?
Certainly, Mekas did end up becoming close friends with many of his ‘travel companions’. While he never sought them out, as they’d crossed paths and moved through life together, they gradually grew closer and became friends. In fact, the intimacy of these relationships can be seen and felt clearly in the very snapshots that comprise this exhibition. These same people are celebrating a birthday party together in one shot, then meeting up without any occasion to celebrate, just the hankering for some of George Mačiūnas’ famous dumplings in the next. This shared everyday life and the close personal relationships that it suggests have been captured by the swift clicks of Mekas’ camera and then further corroborated by his rich legacy of written work, the many books, films and stories dedicated to close friends.
Some say that he had the skill of a true artist – to portray his subjects in such a particular way, to focus on them so precisely, that they were simultaneously captivating and completely invisible. How did he do it?
Can you really say they were invisible? Unless, of course, we take it to mean that he’d portrayed them going about their lives in their own habitats so naturally that they seemed to just blend in? Although, a snapshot of one’s most typical, natural habitat does do a brilliant job of emphasizing and exposing true nature in such a way that even if the individual remains invisible, every little knick-knack in the frame shows exactly who they are. 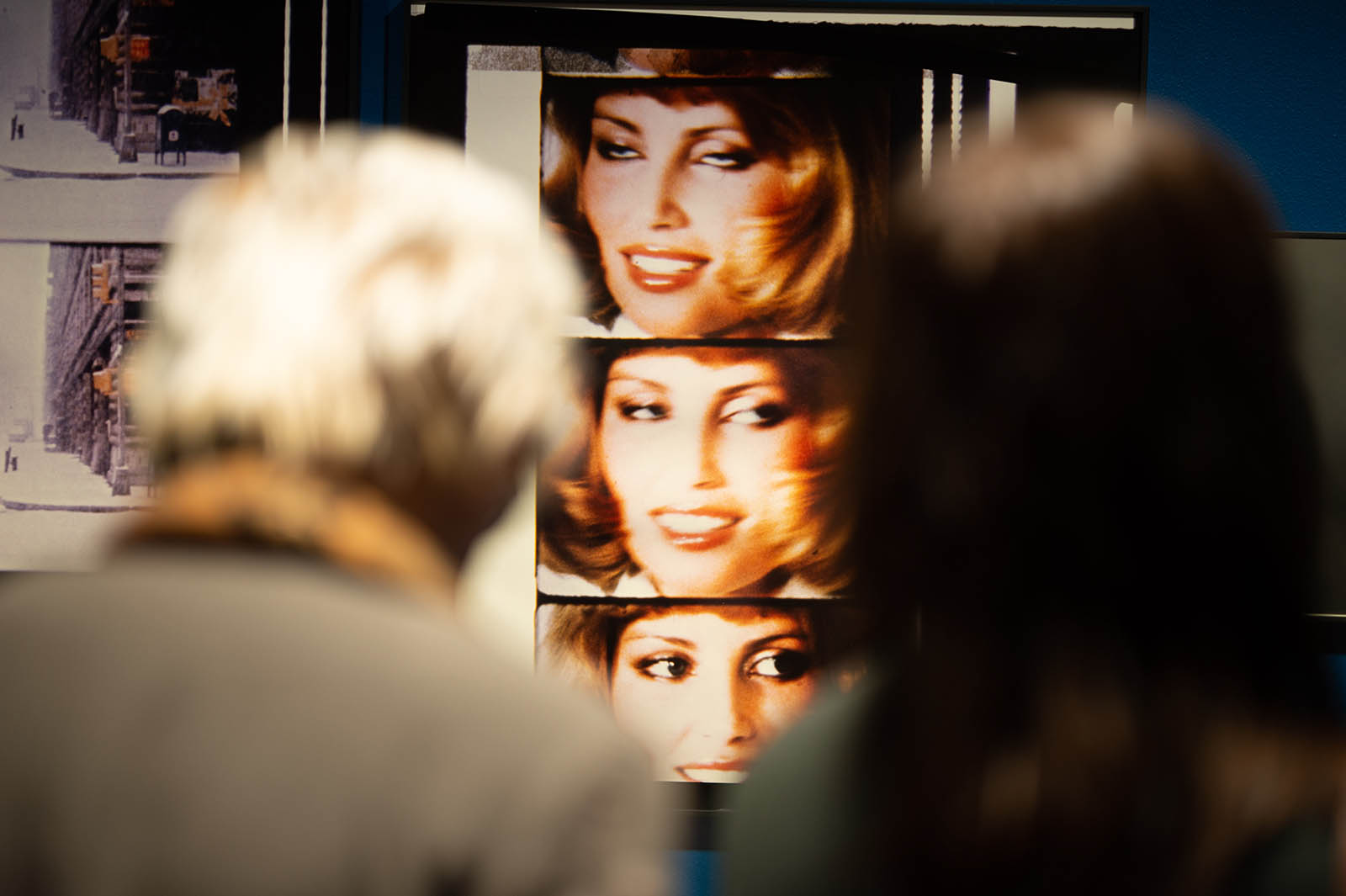 One thing that seems to baffle people about Mekas is his ability to be an active participant as well as a keen observer in the same exact moment. Do you think he learned this through cinema, philosophy, displacement, or something else?
I believe you wouldn’t really be able to develop such a skill through the indirect experience imparted by watching films or reading. Most probably, who he was as a person had been moulded by the very real experiences of working in a forced labour camp during the wartime, helping German farmers with their work in the following years, by surviving the European post-war era and eventually moving to the United States, where he and his brother Adolfas really struggled to make ends meet, but still put knowledge, culture and creativity above all else.
And yet, even as I explain this, I can’t help but think that an observer’s character can be fortified by life circumstances, but for that you have to have brought it with you into the world when you were first born. While the ‘active participant’ in him was triggered by what I, personally, think to be a wonderful trait – good old human curiosity.
He personally signed the film stills displayed in the exhibition. Perhaps this was related to his belief that cinema had to have a certain heft, a texture, a physicality to it? Or is there a simpler reason for why he signed his work?
Well, the shots were indeed signed for more uninspiring reasons – without a signature, they couldn’t be considered authentic. By signing the shots, Mekas verified that they are indeed his works.
Although Adolfas Mekas eventually went on to teach film, Jonas himself studied philosophy and Romance languages. How do you think that affected his understanding of cinema?
Mekas’ understanding of cinema developed gradually. In the beginning, he and his brother had taken a stab at making feature films, but soon ran into the pitfalls of making indie feature films and Hollywood calling the shots in that corner of the market. When he transitioned into more diaristic filmmaking, he simply transferred his prior experience of writing paper diaries into the visual plane, started writing them in images instead. This approach allowed him much more creative freedom.
I think that the philosophy lectures, together with his vast understanding of the literary landscape, played a part in shaping his overall worldview which, in turn, allowed him to find a creative solution to a complicated predicament – stop making feature films and carve out your own niche of documentary and avant-garde film. 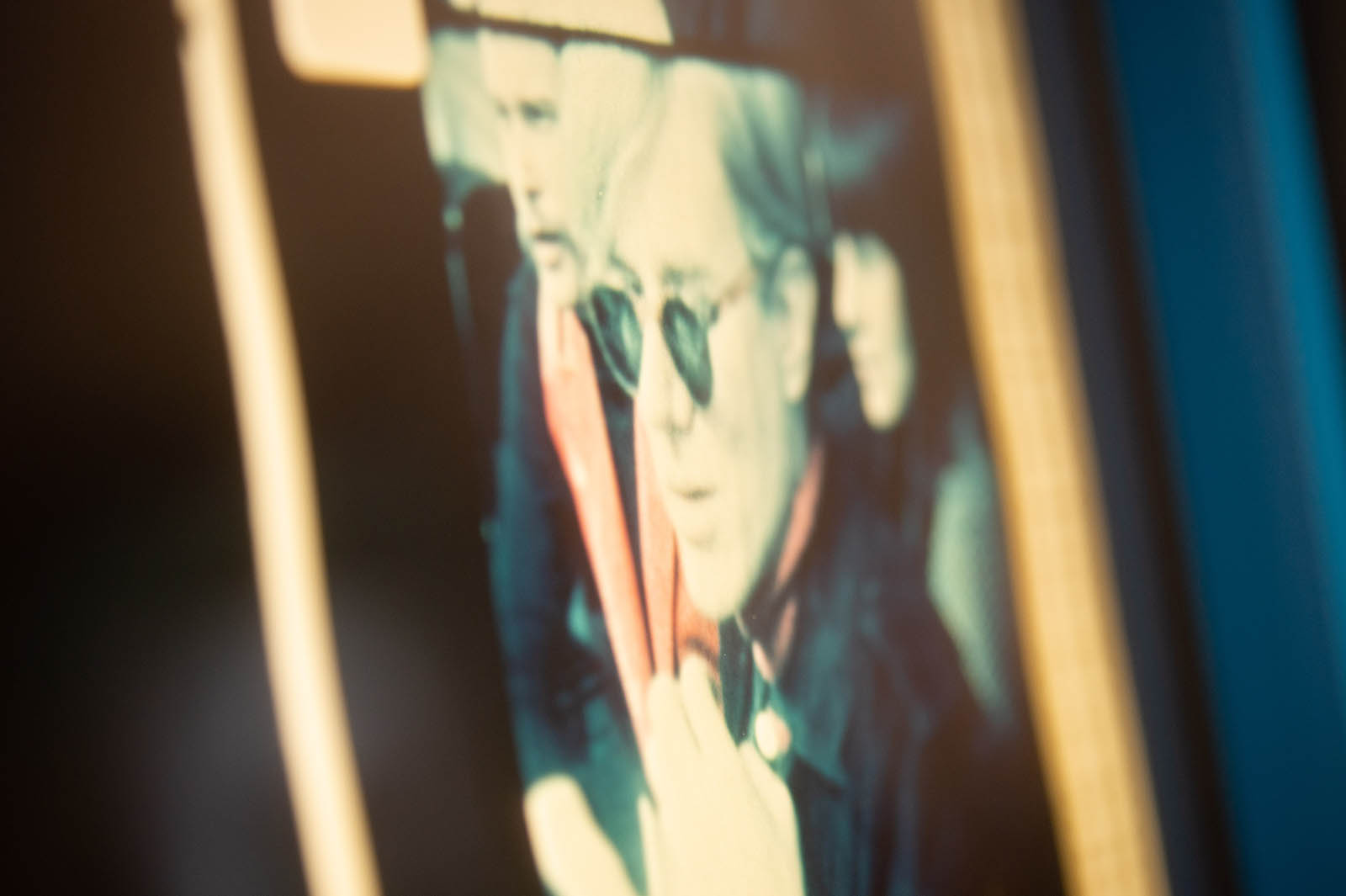 He was a multidisciplinary artist, contributing to film, poetry, music, etc. Yet he called himself a filmmaker and his work home movies. What do you think this way of labelling things says about him and his place in the art world?
I think it shows how humble he was. This was a person who didn’t care for grand titles, who favoured the simpler word. I don’t believe it in any way reflects his role in the overall history of art. Besides, regardless of how he liked to label himself, a single word does not negate his significant managerial contribution to the distribution of independent cinema and consolidation of the avant-garde filmmaker community, nor take away his writing talent.
We’ve seen quite a few exhibitions about Mekas over the years, especially in Lithuania. How is this one different from the rest?
I’m delighted to see the amount of attention that Mekas has and will hopefully continue to receive in the form of exhibitions. When an individual is so multi-faceted, a single exhibition, no matter how large and exhaustive it may be, will definitely struggle to cover every single avenue of their work, to tell their entire life story, to convey their full significance in the global context of cultural history.
In this particular exhibition, we tried to place Mekas’ life and work in a broader cultural context to highlight the breadth of his social circle, which, in turn, could remind visitors of the influence he’s had on a variety of US artists. Mekas is definitely one of those names recognized even by those who don’t go too far out of their way to read up on art. But very few people can truly comprehend the full extent of his endeavours, influence, cultural ‘heft’. That’s what we wanted to showcase with Mekas Winks Better.
Does art really need provocateurs?
Certainly. But provocation doesn’t have to be some outrageous stunt. True artistic provocation can be as simple as asking a daring question that is, though difficult, important to seek an answer to.
In his public statement about Mekas and his legacy, Martin Scorsese argued that “we’re only beginning to understand just how much he gave us.” What’s one thing that could help us understand his legacy more deeply?
Unfortunately, I don’t think that any one thing could have the power to illuminate the entire legacy of an artist who lived such a long and eventful life. But if I had to choose a single fixed shot that would best represent Mekas’ outlook on life and his personal attitude, I’d choose the one where he’s just lying there, amongst the plantains, eyes closed, perfectly at ease. He once said that “everyone has to kick off their shoes and take the step from the asphalt onto the grass sometimes.” This is the shot that captures his Lithuanian village boy origins as well as the enduring longing for nature that tends to accompany a longtime city-dweller. The perfect image of a simple, grounded person who knows how to enjoy life here and now. This is what is so clearly reflected in all of his art. 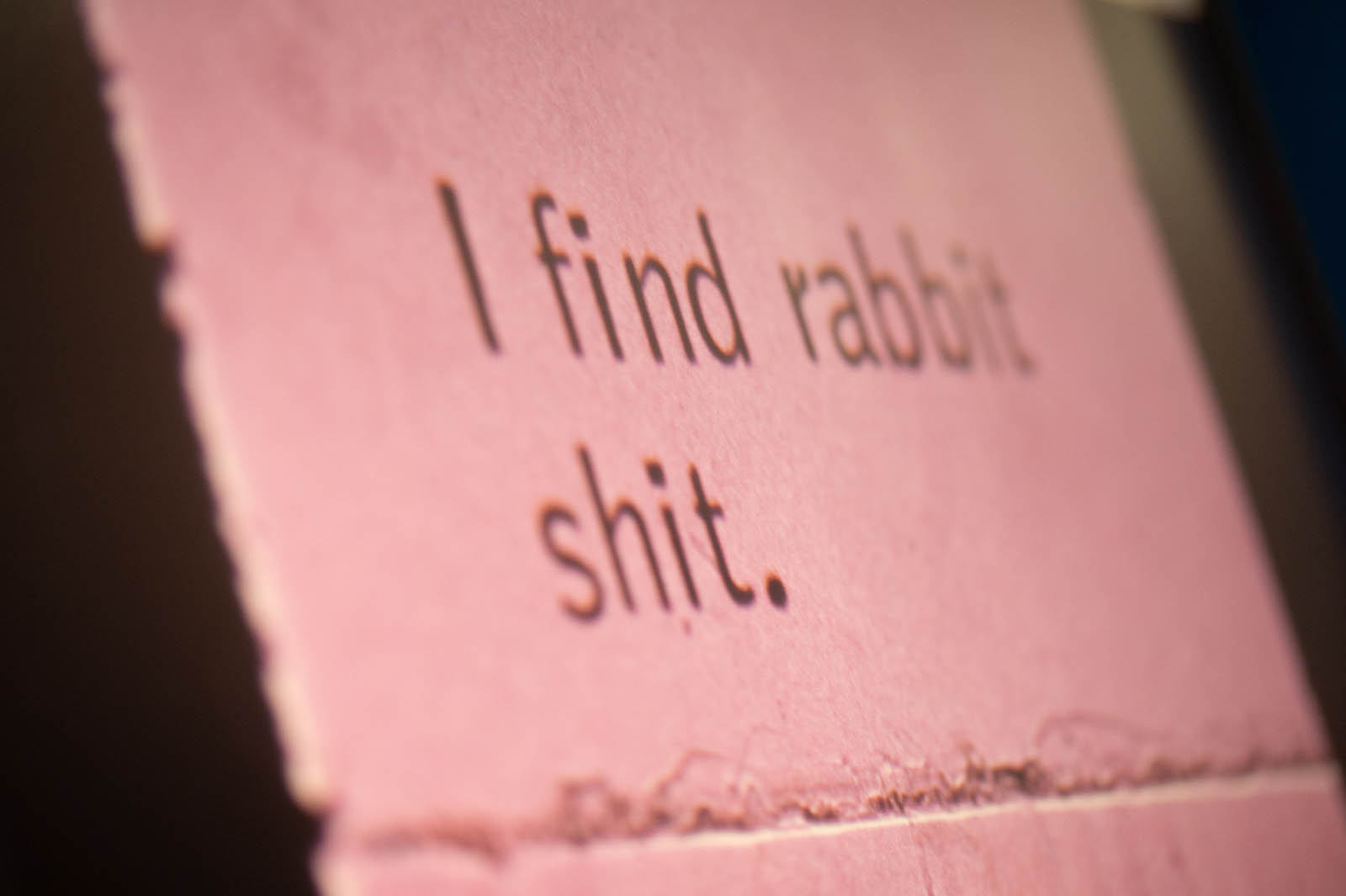 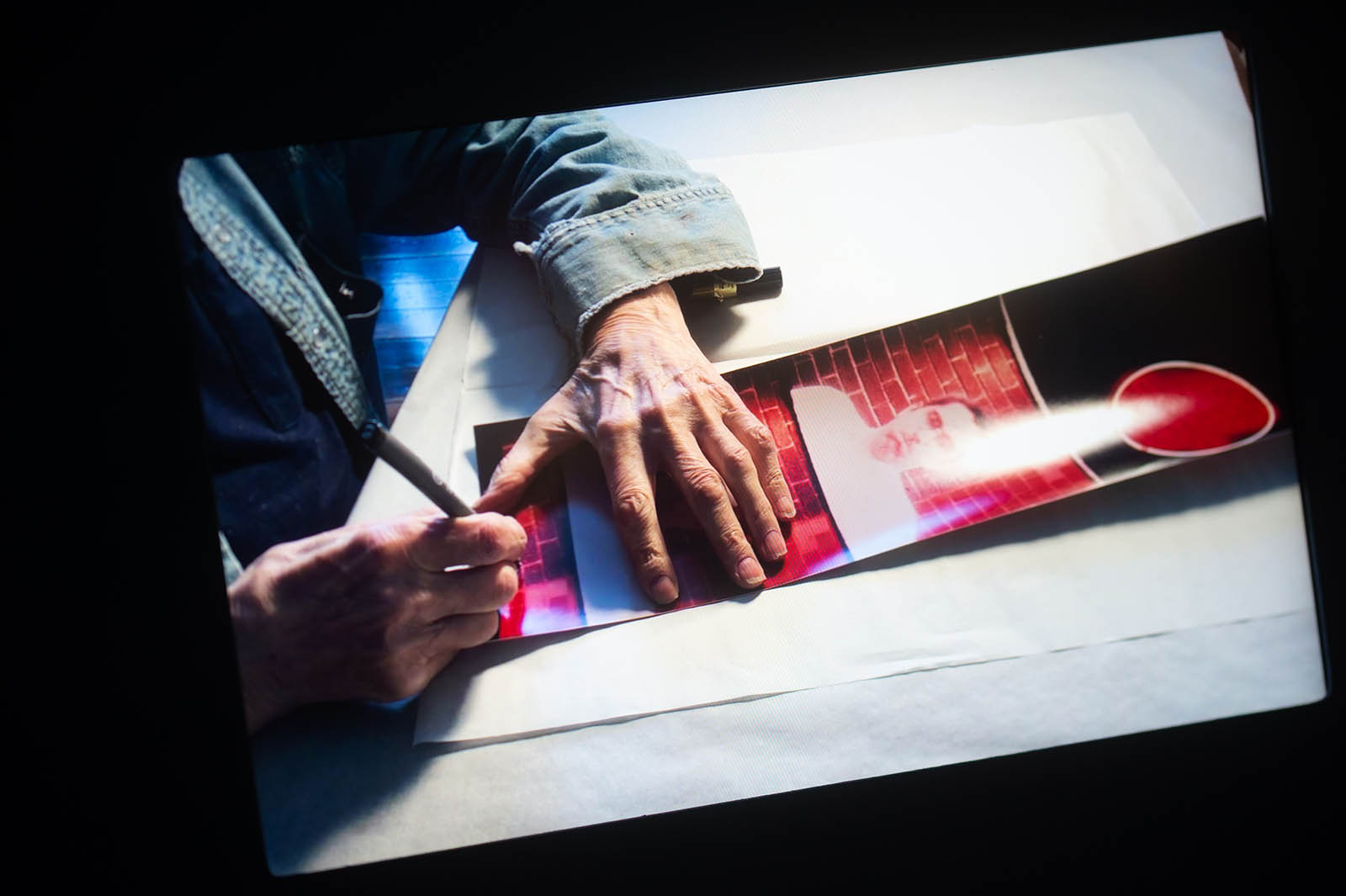 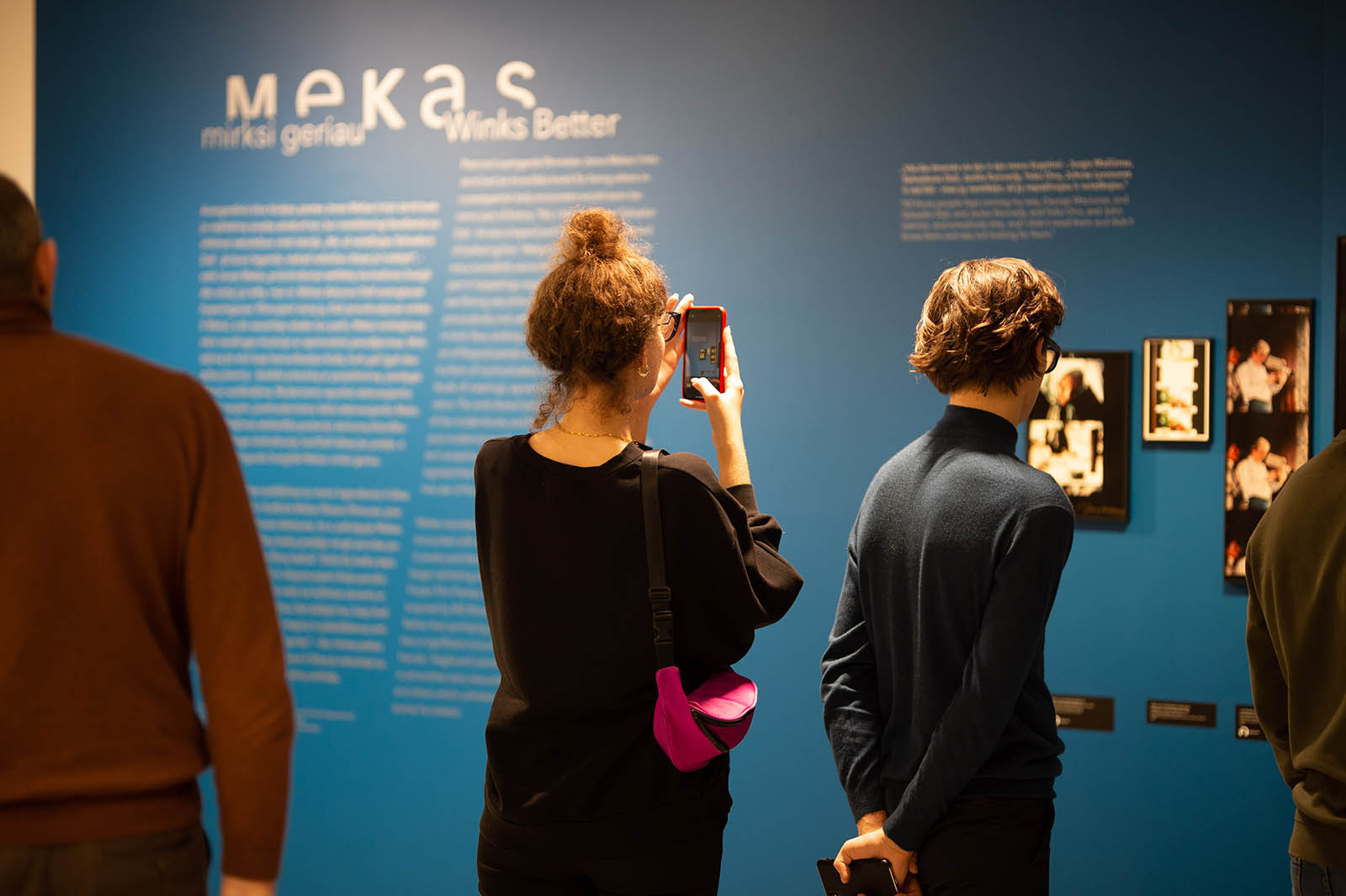 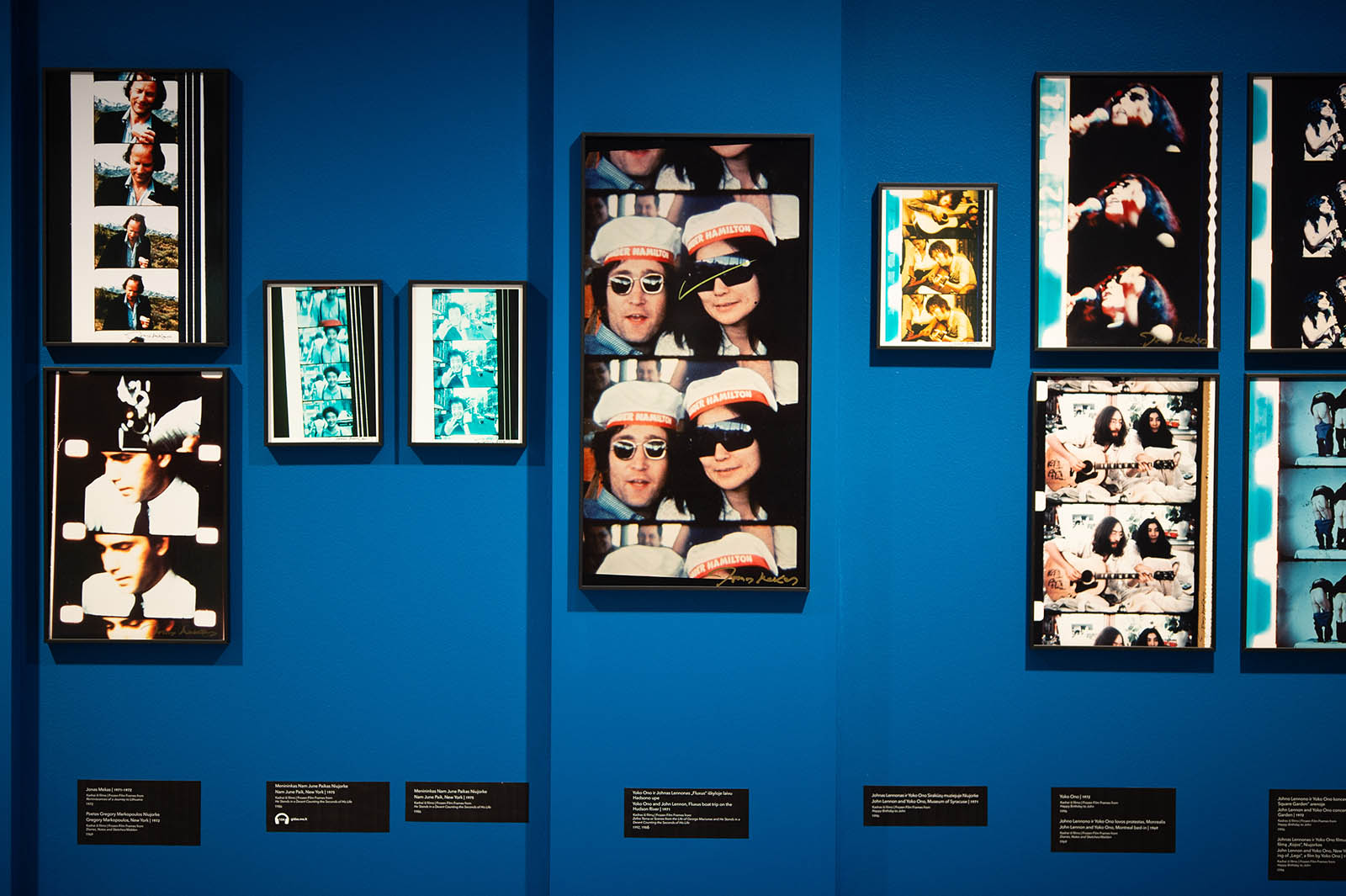 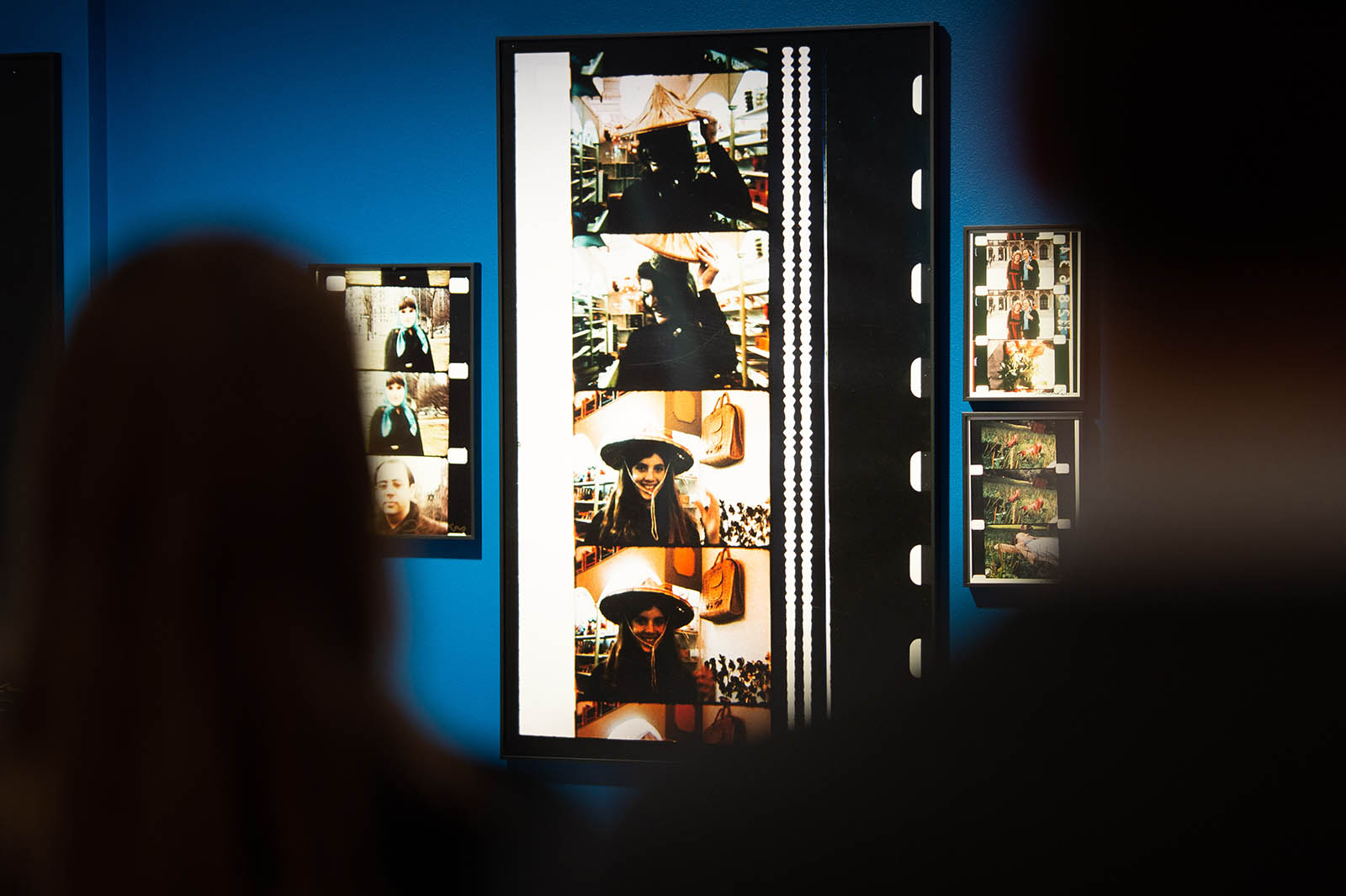 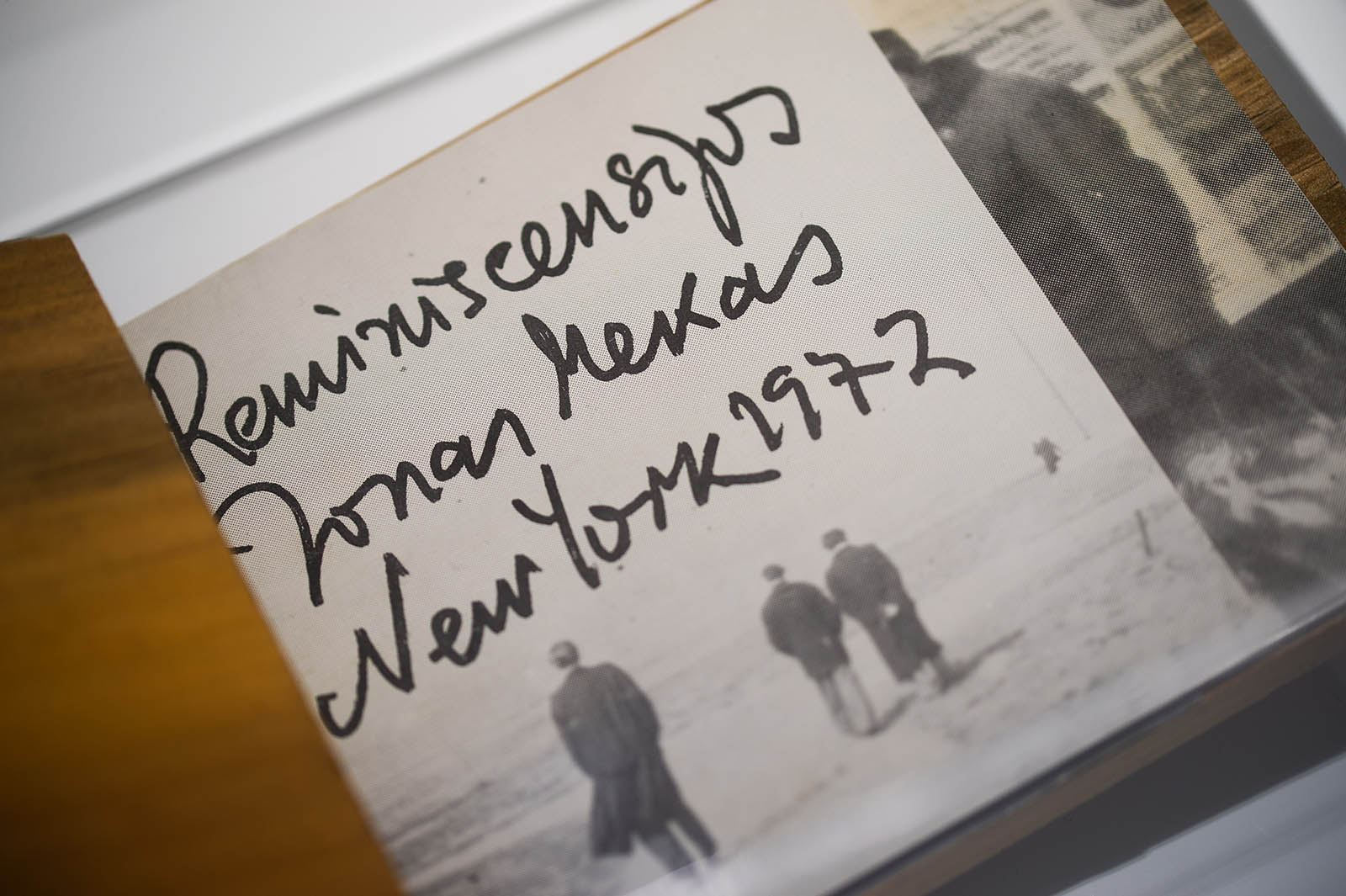 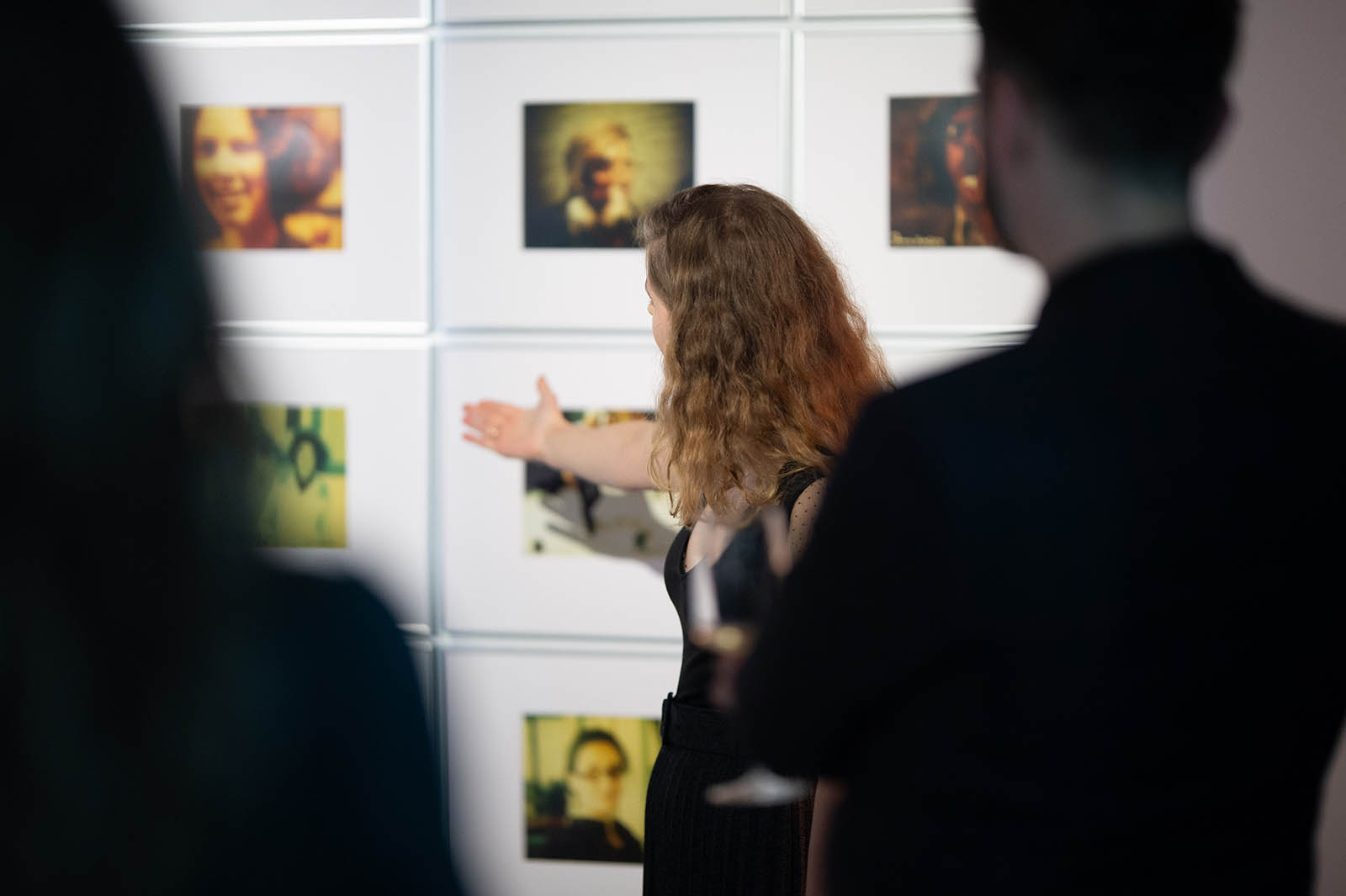 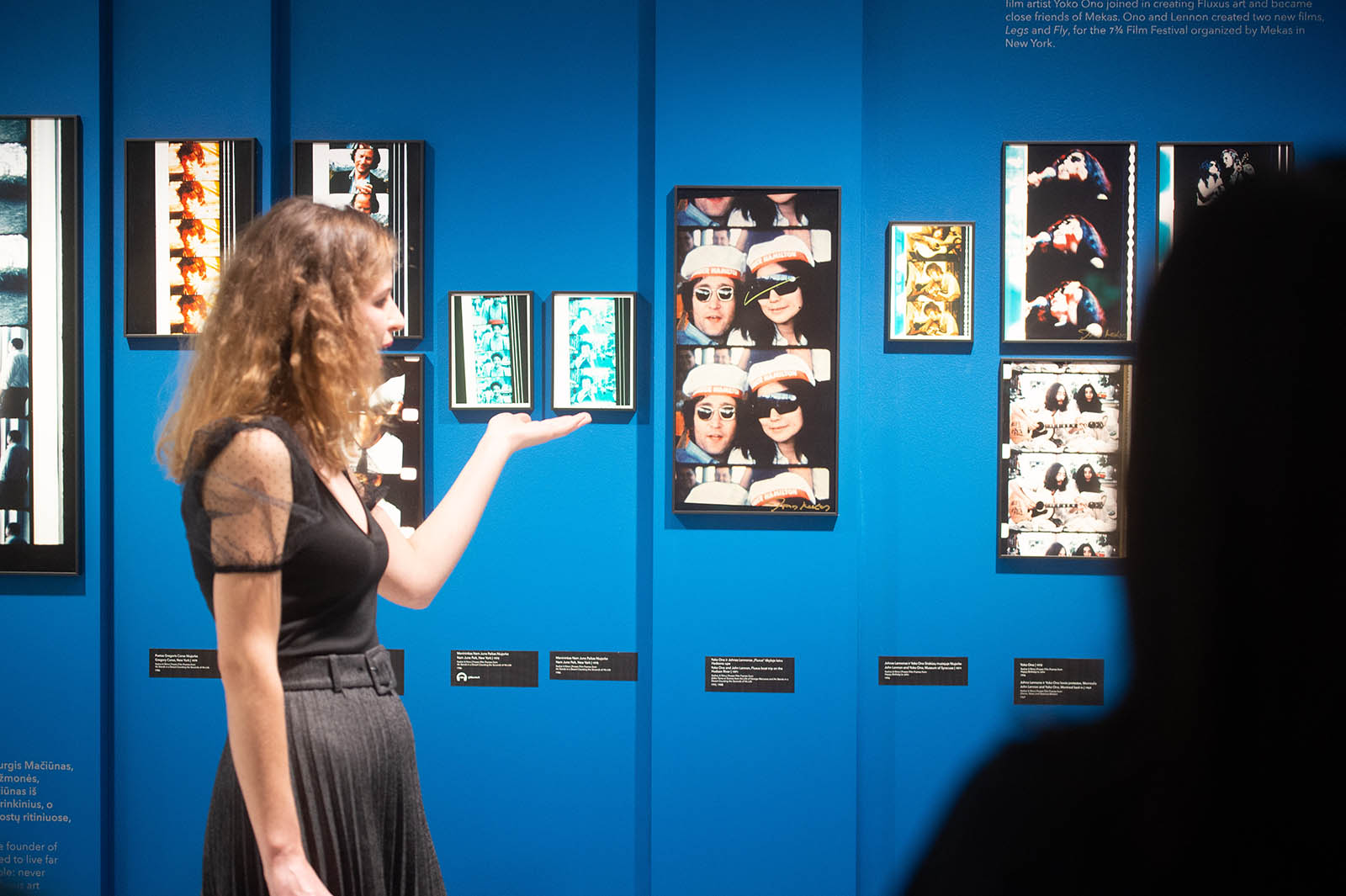 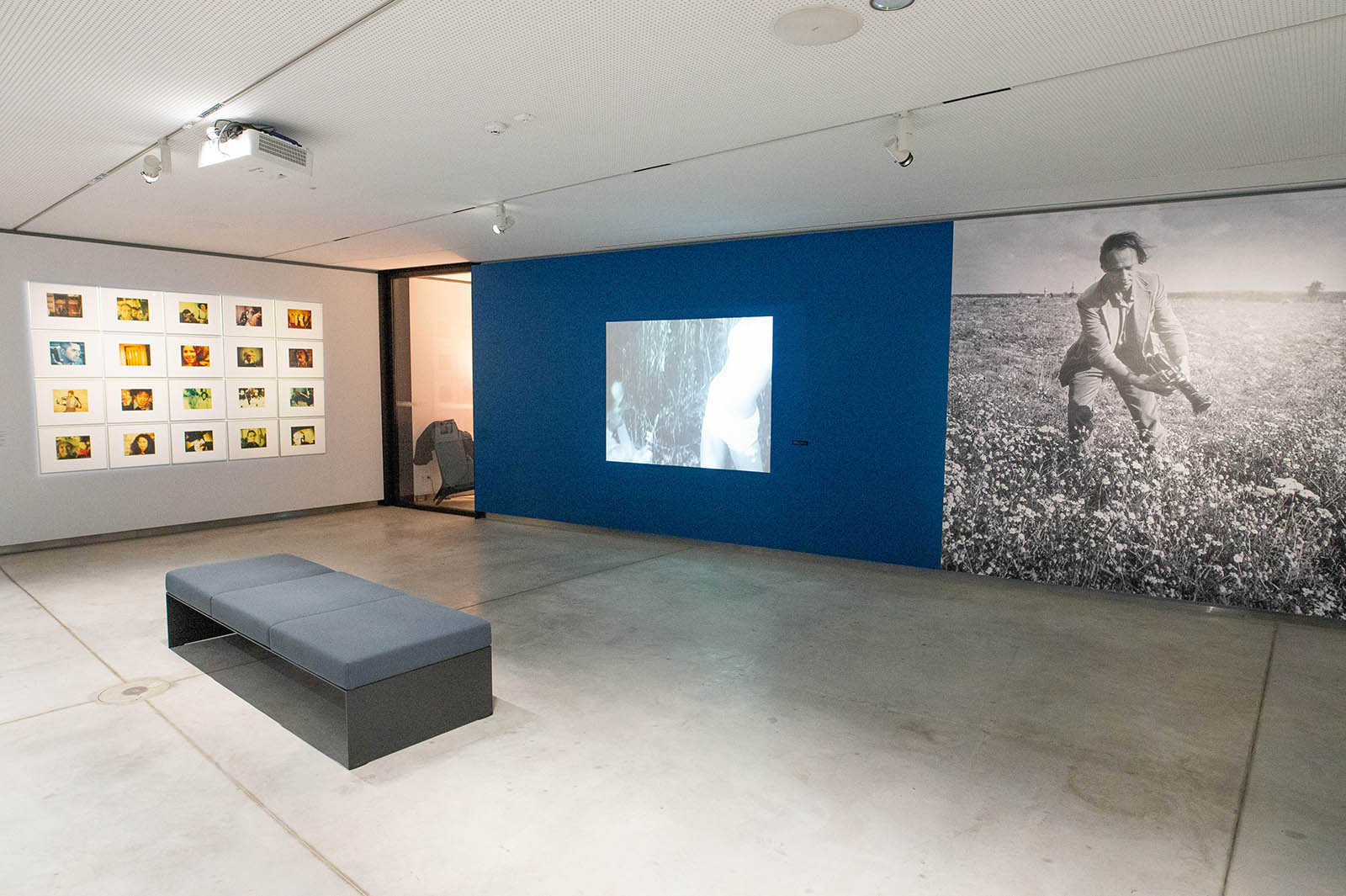