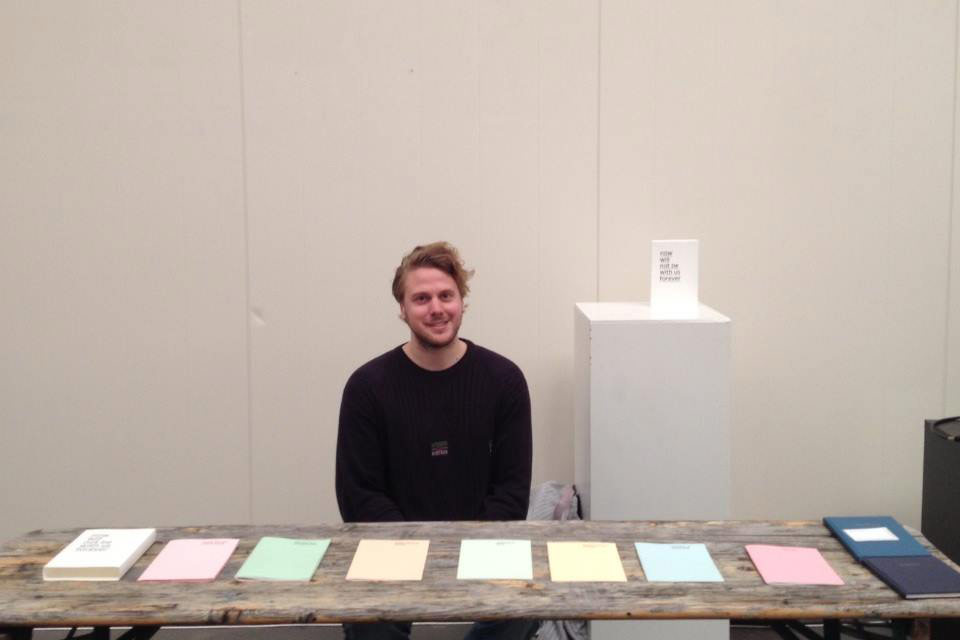 Time and tears are just two of the concepts that integrate Maurice Van Es’ intelligence. Searching for the truth and soul in each detail, he has been conscious, from an early age, of the growing process in life, of relationships’ fragilities and even of the human’s survival attempts. Maurice is enigmatic, turning every thought in poetic material, as he does with his photographs. He will show you, humbly, how to endure love from the simplest, making you conquer the greatest.

Sincerity, communication and relationships. Besides these concepts, what else is currently occupying your mind?

That is a very hard question! (Laughs) I think those three still are in my mind!

But is there any kind of new passion going on?

Yes, with my new work I am more interested in finding the answer for what photography is in itself, and also my relationship towards the universe from a bigger perspective. In my last book I described my relationship with the people and the objects around me, and in my new one I describe the sensation of being a human in the world. Also, I try to portray the idea of time from a bigger perspective.

Speaking about time and photography, can memories exist without photography? What is memory without the possibility of using a camera?

Memory goes beyond photography, first of all. We have a relationship with time and the human being in general: we miss people, there are different stages in life and people are not always the same in this planet. And everything is going on. Time generates everything. Centuries ago people used to do statues or portraits of very important people to make time last longer. Queens, kings, wealthy people… And later, photography came and open a new role. Kodak came in and photography kind of took over – it was accessible to everyone. I also wrote my thesis about the original power of photography, trying to comprehend how photography was understood in its early age and how it is understood now. At the beginning people didn’t know what was going on, photographers were seen as magicians, it was some sort of special act, people were very conscious about the photo moment. Now, with the mobile phones, we don’t have that magical moment anymore. I don’t know what it is right now, it’s a fact of itself: there is no purpose behind it anymore, we are less conscious of the purpose.

What made you become a photographer, then?

I just connected my feelings as a human being with photography. And it was very simple, actually, it expresses our powerlessness to time. We can’t stop time, and through it at least we have something that holds on. 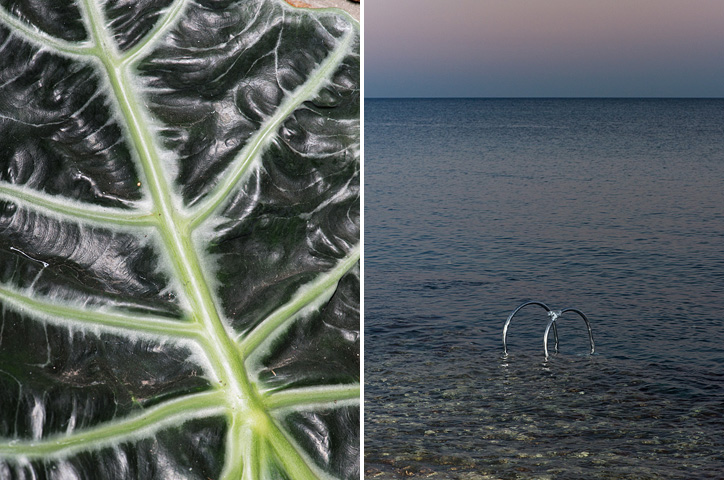 And how do you feel when people call you an artist? Do you feel like one?

No, actually not. We have a lot of artists whose art comes from art itself; but my art comes from life. So I don’t know if you can call it art! But of course you also can call everything art… And sometimes it can be self-pretentious to call yourself an artist, sometimes it bothers me.

But do you think you have a trademark?

Hmm… Yes! I’m very fascinated by the simplest everyday events. The most ordinary things come to me very easily. I will use an example: do you know the series Seinfeld? That’s the perfect example, because they experience things in life and the show is about that. There is one particular scene, when they are talking and they say: ‘‘Hey, this should be what the show is about: us, sitting in a restaurant, talking about nothing.’’ And then Jerry says to George: ‘‘How can we do a show about nothing? It must be about something!’’ And George goes: ‘‘No, just us, talking!’’ And people see things they can identify with, things they can recognise. So I always try to have some universal meaning in my work.

And can you tell me about the feedback you get? How important is that to you?

I don’t believe in feedback anymore. Maybe there are ten people in this planet that can teach me something, but you just need yourself, it’s your work! So when people don’t like it, it’s very much ok, because it is just your own expression.

But do you show your work firstly to someone, or you don’t feel like you need to do that?

I just make stuff and then I ask myself: ‘’Is it bullshit or is the question behind it interesting?’’ It has to make me happy, that is the most important.

Going back to the family issue… The projects “To me you are a work of art” and “New Life” are great examples to illustrate the importance that you give to your own family.

It started when I was photographing at home and I hardly knew why, I just did it. But it was to study my family. I was always photographing my brother and the changes in his room; obviously I have changed as well, but I wasn’t very conscious about it, and I thought that through my brother I could experience it, seeing it again in somebody else. I started taking pictures to study my family.

And what have you learned from it?

There is a lot of general behaviour that happens in every house. Every house will have his boy in puberty who won’t want to talk, and mothers doing everything to make the house look clean, and this is general behaviour.

But how about you? Have you thought about making self-portraits or would it make you feel like self-promoting yourself?

Everything that I photograph relates to my eyes, you won’t see my eyes but through my eyes in my work, and in that sense, it is already a self-portrait.

And do you usually do some kind of research before, or is the detail itself that comes to you and you have to press the button?

I do a lot of side research: I read a lot of books and poetry, I see a lot of movies, but it’s never the same. Sometimes happens that I am very fascinated by the original power of photography and I will read about it, which will influence how I see things. I don’t run to be an expert about things, but I try to understand them more as a human being. Jorge Luis Borges once wrote: “Reader, please forgive me that I have been the one to be so rude to be the first one to own this possible successful line on this page. Both our trifles differ slightly, it is insignificant and coincidental that from these exercises you are the reader and I am the writer.” But I don’t like the word successful, anyway… 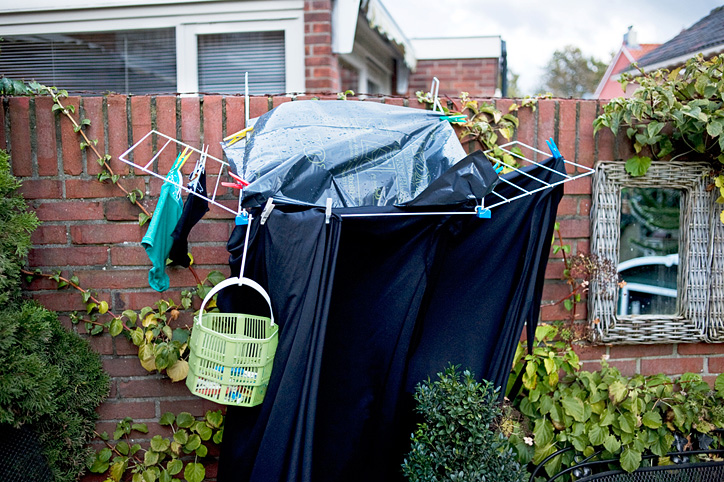 I’ve read that you once said “I am doing fine should be enough.”

Yes, I am so struggling with that. Two years ago, I would say that I was doing an exhibition on Facebook, and because the others knew about it, it felt more real. And now I am not posting things anymore and I don’t want to do it.
Everything looks amazing on Facebook, and there is nothing special about posting your success every day. And it is kind of sad, it’s fakeness: people like you because others liked you. Then there is no fundamental bases to work and how it is seen because they don’t think about it, the others already liked it. So it can be a very lazy surrounding.

Where do you see yourself in the future, like in ten years from now?

Traveling, I really like to do it. But I think I will enjoy to have a whole year for studying and develop something new.

So do you think you’ve had enough of the artistic world?

I don’t know… I have really nice friends in the artistic world, but it’s true that I don’t like all the aspects of this world.

With more honesty! Everything is so fake… And what can I say about fakeness on record? (laughs). A lot of people don’t think for themselves anymore. Sometimes I’m afraid that people follow too much. For example, museums are always very interested with the numbers of visitors, they are really focused on numbers, but I would prefer if they would focus on tears. How many tears do people drop after seeing this work? And that is more important than just visitors.

Have you spoken about it to some of the insiders of the art market?

I don’t see myself as somebody that can change this thing and I also don’t want to be ambitious. I also get tired of myself.

But what do you think that keeps us dreaming and living?

Honesty; because it gives people consolation when they are running out of time. That is what I try to do.

You don’t know if in 100 years people will remember you – but if you could pick one of your works to last, which one would it be?

I still have to make that work! That is not a goal of mine, to make a work that lasts for one hundred years. I also made these books called Rooms of Now photographing common details in people’s houses. And I would want that to be seen one or two hundred years from now, wishing that all will feel strange to the reader. 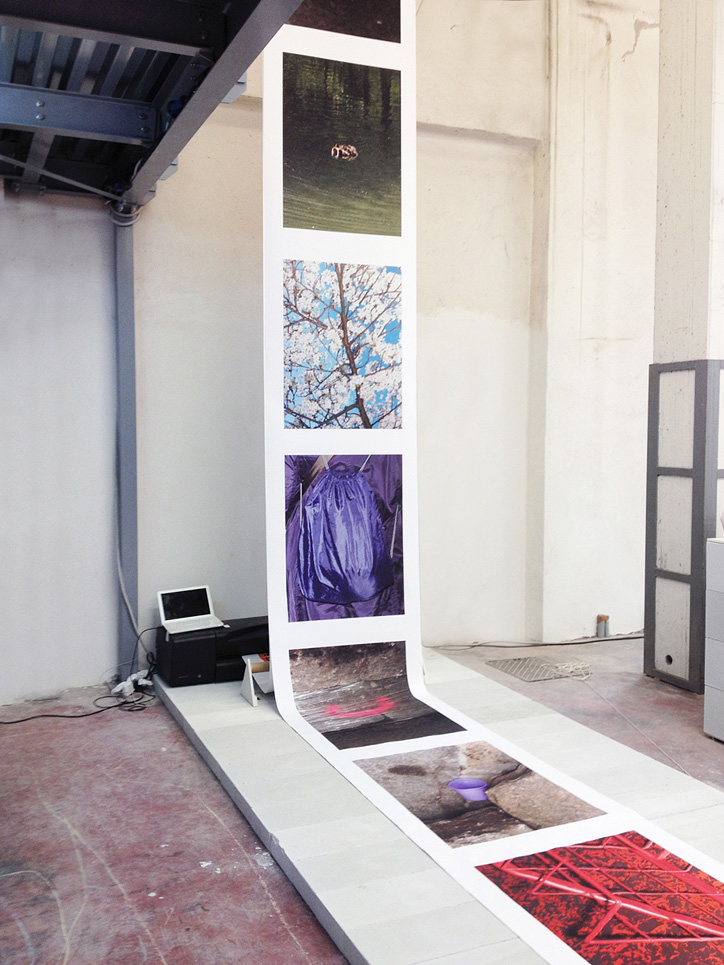 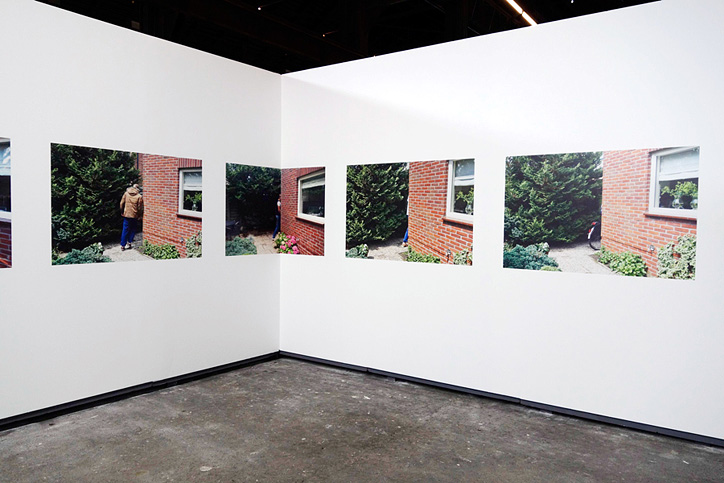 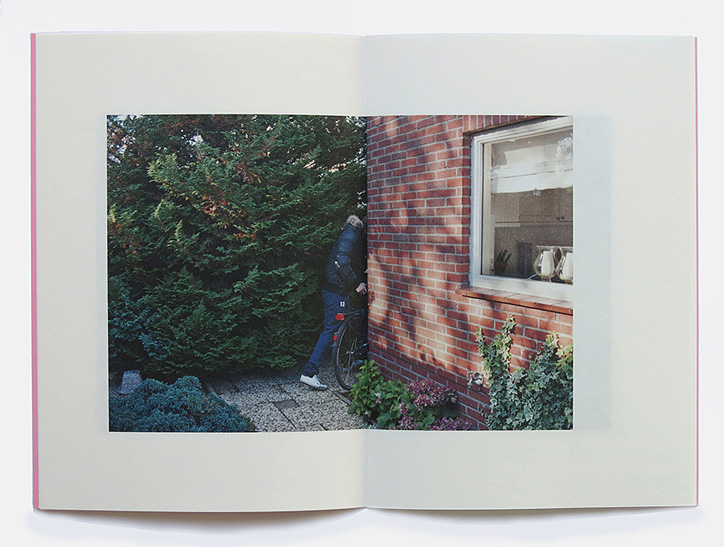 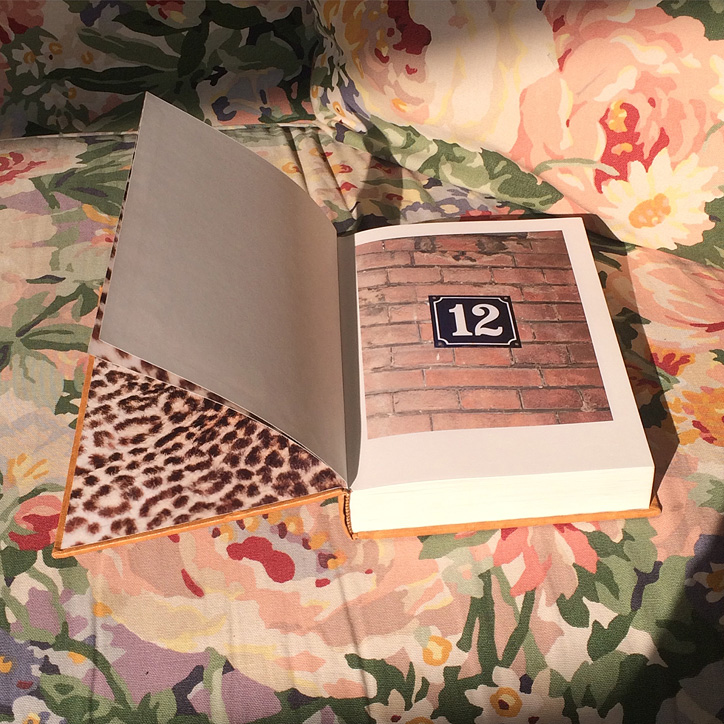 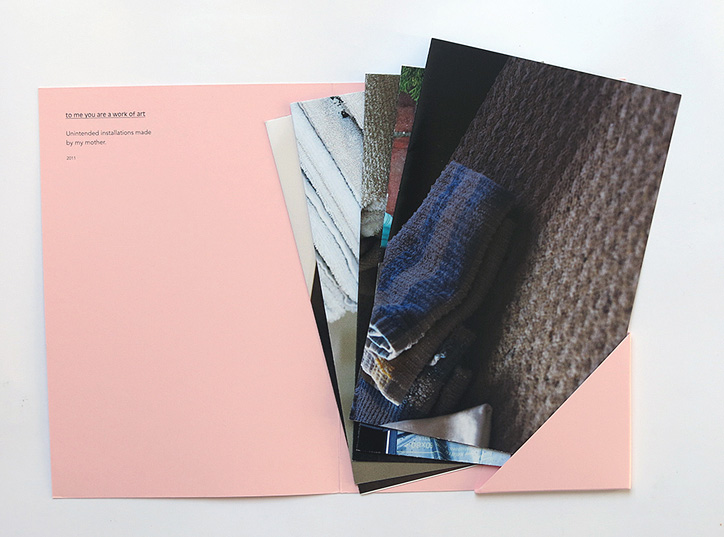 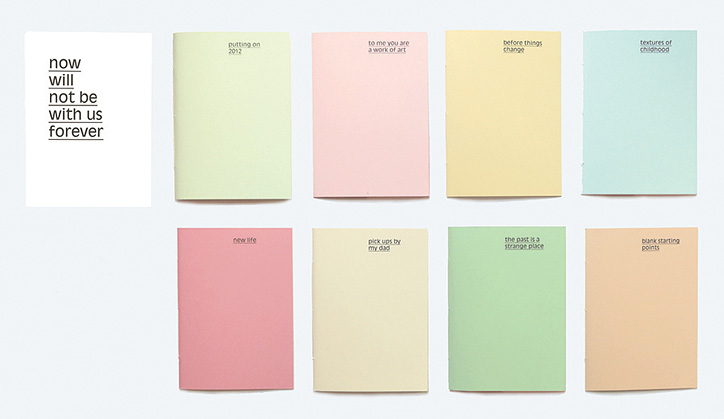 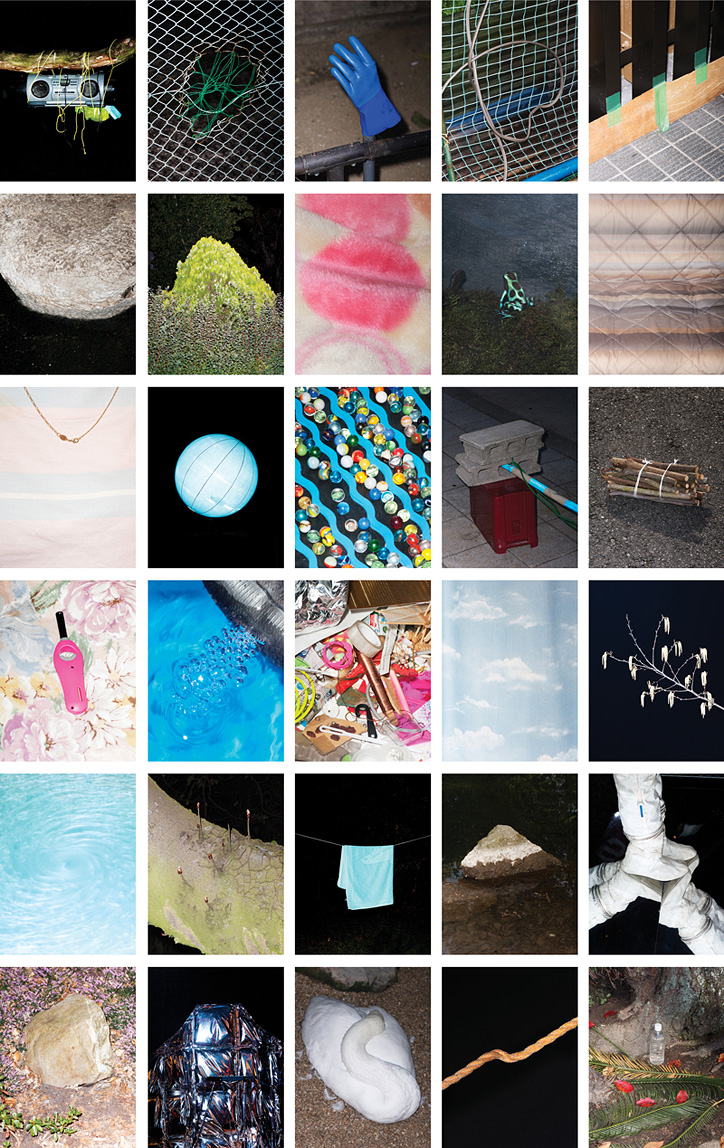