Between Fashion And Photography 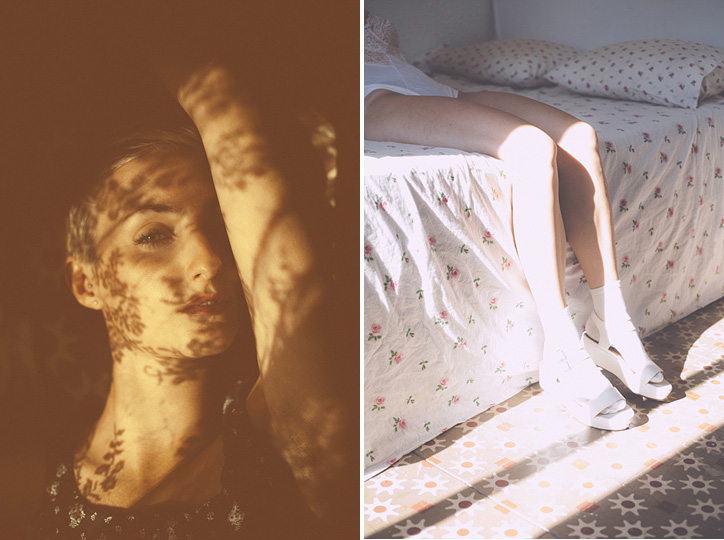 “These days the best you can do is to stay creative and reinvent yourself" this statement is  from Martina Matencio, a young 19 year old entrepreneur who opened the popular online page dedicated to selling vintage clothing called 'Luna de Marte'. Martina combines her job with her passion, photography. We can see some of her works on her tumblr, Lovenenoso. If you want to know more about her and her work you shouldn’t miss this interview.

How did the project “Luna de Marte” start?

Well, it will be two years or so now. I wanted to do something creative together with my friend Saskia, she studied fashion design and I studied photography. We couldn’t come up with anything at first but in the end, as I am addicted to clothes and have loads of them,we decided to try and sell clothes. Initially, Saskia wanted to sell clothes she had designed herself, but nothing good came up… so we just went on and sold our own. She was the one who took pictures of me wearing the garments. Even though they were quite shabby, taken at home in front of a white wall, we saw people liked them and bought them!
It all started on Facebook, it worked for the first two months but the moment came when we ran out of clothes and we had to make our first trip. So we went to France,  to l' ille .We gradually created what is now “Luna de Marte”. I became the photographer and we looked for different spaces to do the shootings (outdoors and indoors), we worked with different models, etc. Actually, I think it was when the newspaper La Vanguardia interviewed us that we became more famous and our followers started to increase.

We see that in “Luna de Marte” all the selling process is trough Facebook, do you think that’s a fact that makes things easier or does it also have its negative points?

We first opened a profile page so we had a limited number of friends. So, when we reached the limit, we had to create a fan page where there’s no limit of followers. I have to accept that the whole procedure is quite weird as customers make a transfer straight to my own account, and then, once I receive it, I proceed with the delivering. The problem comes when you are selling out of Spain, it’s quite delicate, because people can see it as less reliable and, from my point of view, it's harder to trust the costumers. Although the costumer's opinion published on the page is very important to make the site reliable, besides the fact that there’s a constant upgrade of content so it doesn’t look like a fake site.

Nowadays we can see a significant increase in the presence of flea markets. What’s your opinion about this new trend? Do you take part in them?

I think flea markets are a good option to acquire affordable clothes and objects, as well as being a good thing for the sellers who get rid of things they do not want. From my point of view it’s like recycling.
As a business, I did it twice but I'm not in favour of taking part in them as it is quite hard to transport all the material I have. I prefer selling through the net.

Where do you purchase the clothes for “Luna de Marte"?

I tend to travel looking for clothes in different markets around the world. My idea is also to go shopping in countries where vintage clothing is not as demanded as here, then the price is much lower. I now want to go to Poland because I know there is enough supply at a very good price. The key is always to seek and dig. Since I was a I’ve been keen on rummaging through my grandmother’s drawers and I also used to collect old objects, my house looks like a museum! (laughs).

Do you think it has been important for “Luna de Marte” to combine fashion with photography?

Luna de Marte has grown a lot thanks to photography, as it gives another character to the garment it places by placing it in a context and giving it some attitude.Even though it is online and you can’t touch or try on the clothes,it can at least attract the costumer with the way it is shown. Sometimes people compliment me for the photos not for the clothing itself! (laughs). I don’t think the number of sales would be the same if I showed the clothes without a model, simply hanging on a hook on a white background.

As the subject of photography was raised, let’s discuss your photographic works on your tumblr Lovenenoso, Instagram and now also in the Facebook fan page. Is that all?

Yes, for the moment I’ve only got these, but I'm working with a friend to create two websites one for “Luna de Marte" and another one for me as a photographer.

Looking through your work we can see your photos have a great personality and always reveal a melancholy and romantic aura. How do you get those results and what do you want to transmit? Are you a melancholic person?

In fact, when the girls come to my house for the pictures they ask me, can we not smile? (laughs) It is not like that, they can smile, smiling is magical, but I don’t know why I’ve always preferred that kind of sadness or melancholy, I think it has something special, but I wouldn’t define myself as a sad person. I just like the down looks, poses on the floor, etc.. In order to achieve this, the lighting is very important. I never use flash, I always try and find the rays coming straight on the scene, it adds a very mysterious touch.

When did your passion for photography start?

The truth is that I've always loved photography. When I was 16, I acquired my own camera but, if I'm honest, I had no idea how to use it, I just shot. When I was 19 I met a guy who is a very good photographer and I realized how it worked gradually becoming more and more interested, until I finally had it clear, photographing is what really makes me happy. 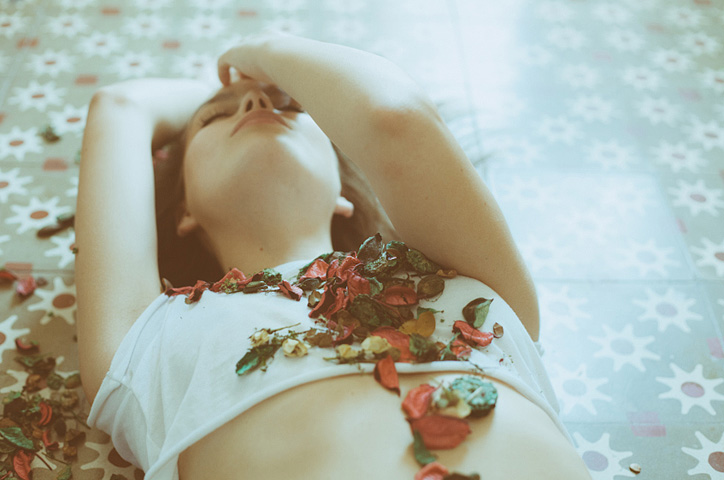 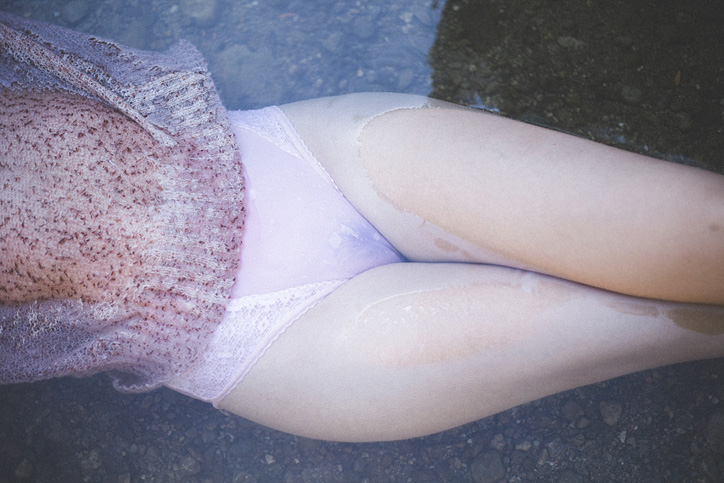 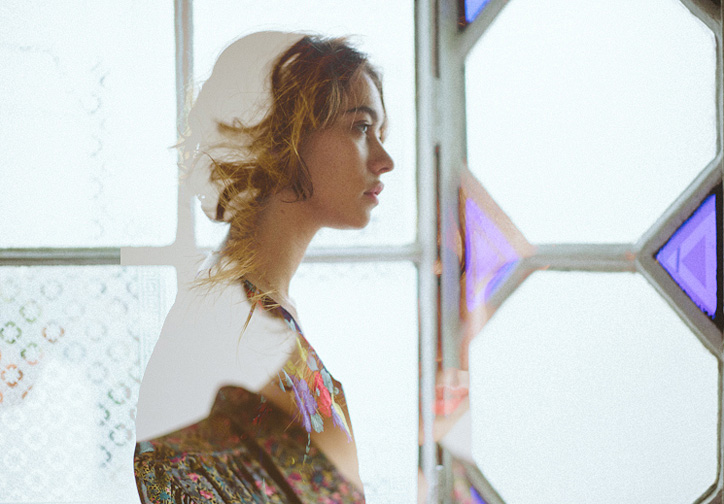 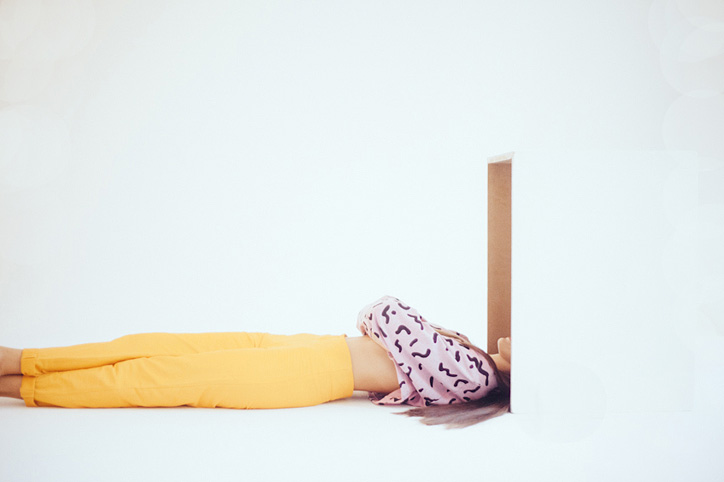 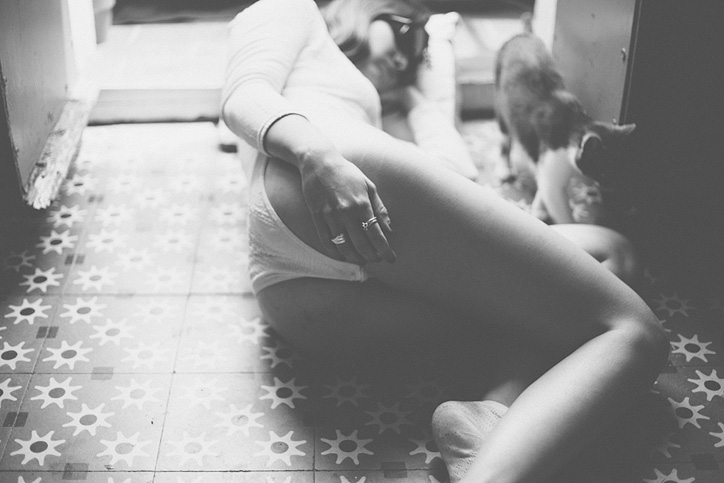 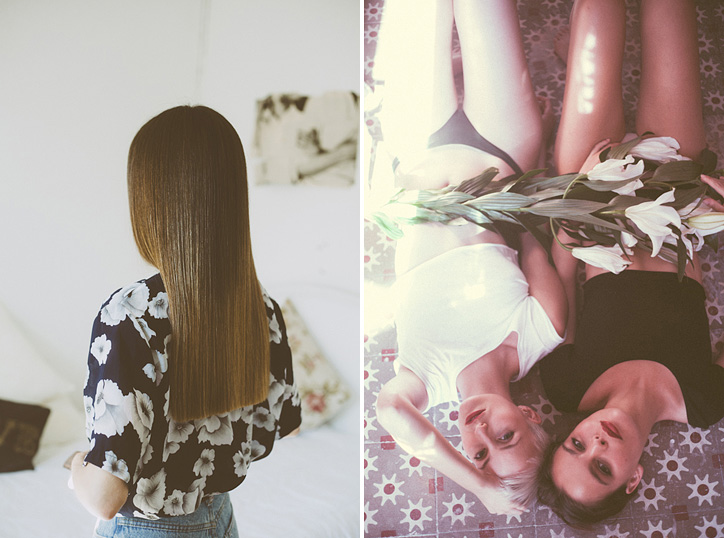 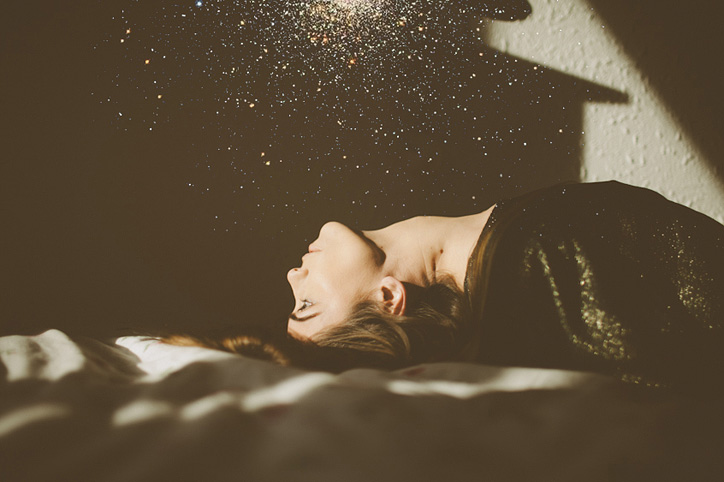 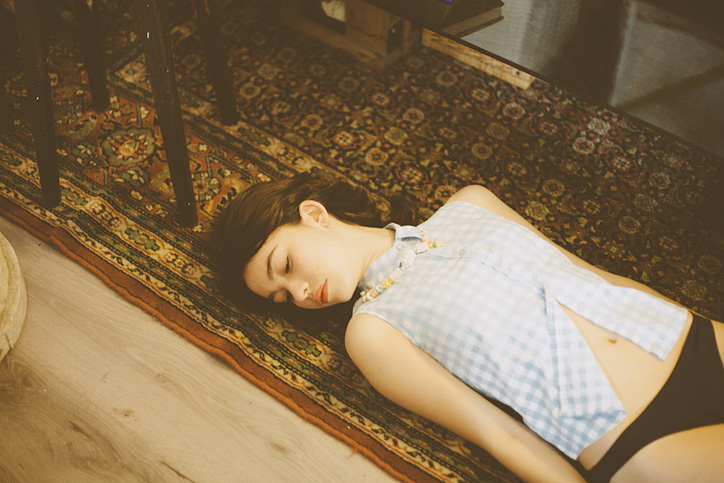 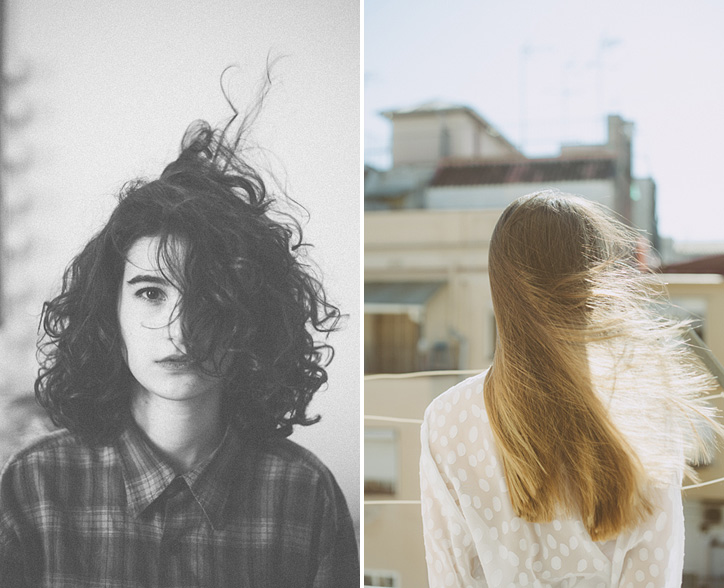 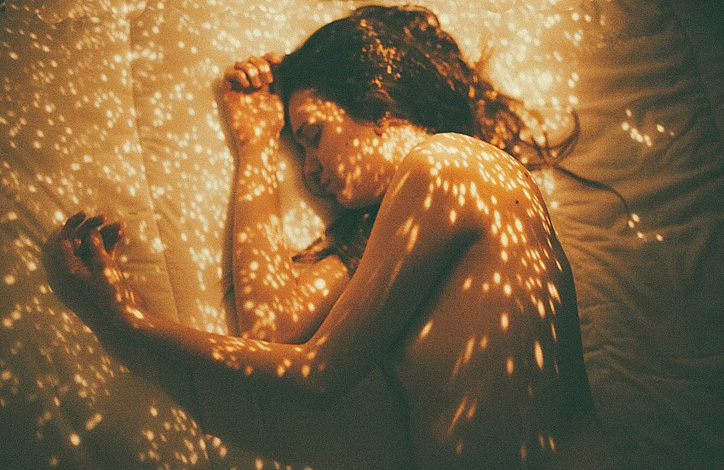 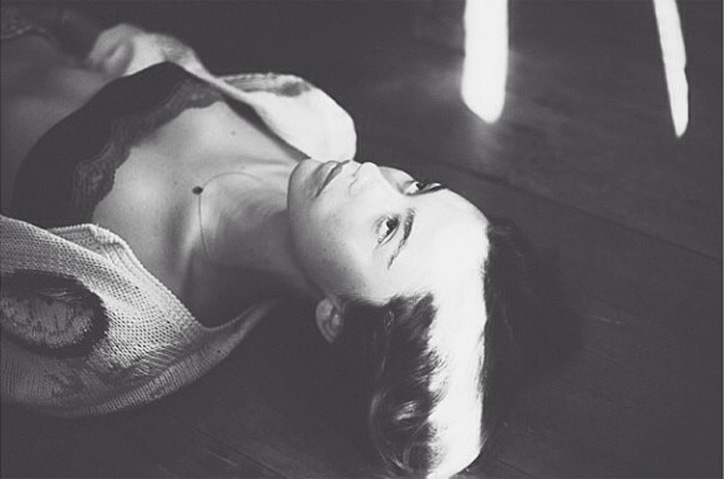 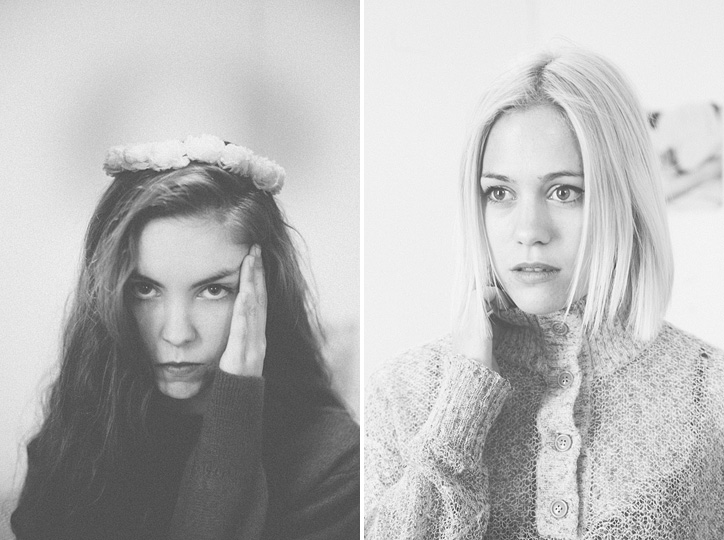 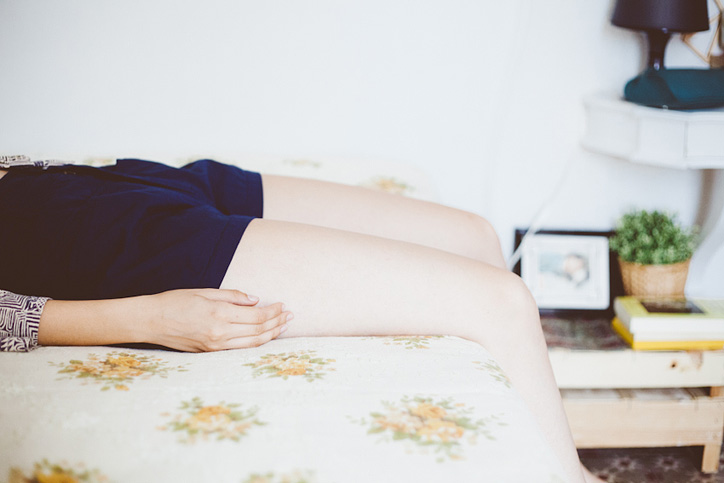 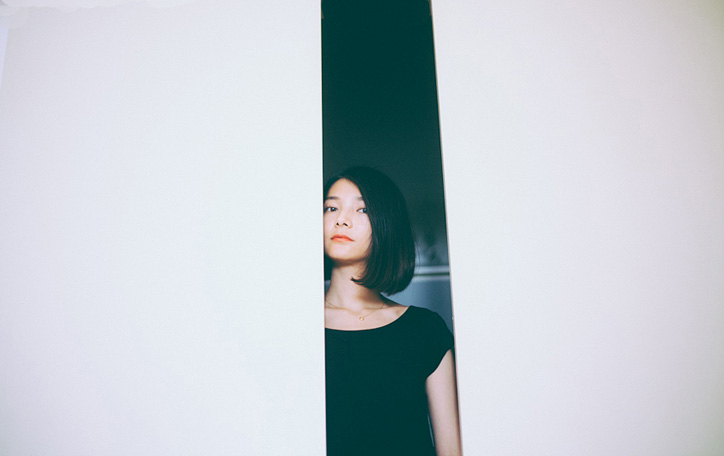