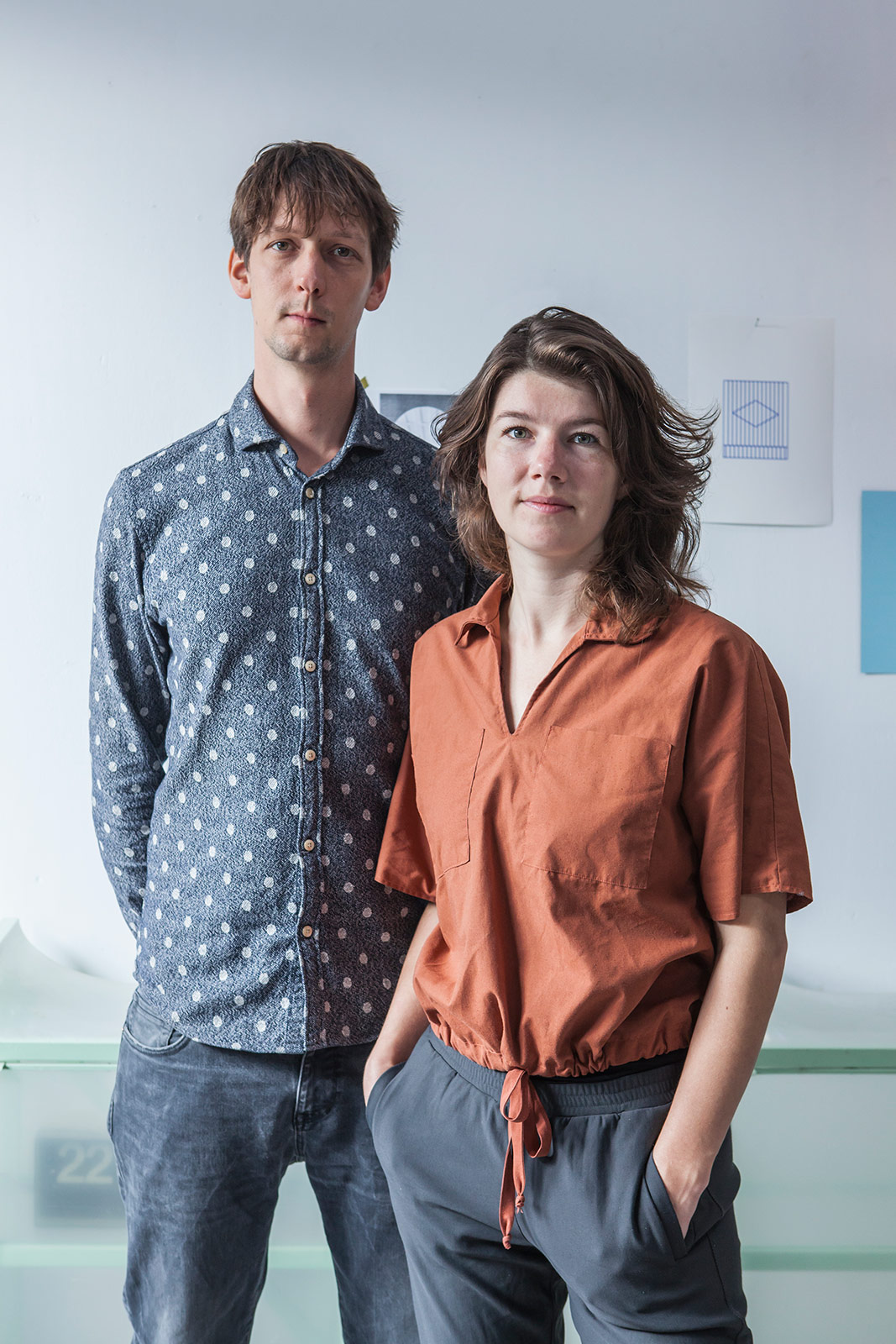 After graduating at the Design Academy in Eindhoven, Michiel Martens and Jetske Visser started this project together, called Martens and Visser. They are the perfect combination between the boyhood re-imagination of the existing and the delicate experimental use of materials. They want to share a different view on existing usages of objects and production techniques, allowing the viewers to follow their imagination and curiosity and to adopt it as their own. Based on the themes of movement and transformation inspired by nature, sharing the thought of things being dynamic rather than static, this project was created.
Firstly, how and when did you meet?
We were in the same department. Our teachers advised us to collaborate.
How would you describe yourselves as artists? Your work is difficult to classify, as it is a mix of design, visual art and installation. How would you define it?
We balance between art and design. The role of our audience is important to us. Lines between art and design are fading and you can see this in all layers of society. We do not think it is important to fit things in boxes.
What’s your background? What path did you follow to get where you are now?
We graduated at the Design Academy in Eindhoven and we both had the urge to make things. As kids, we both had a fascination for things, beautiful materials and techniques, and we own that to our parents, who are both artists. After graduating we started collaborating. 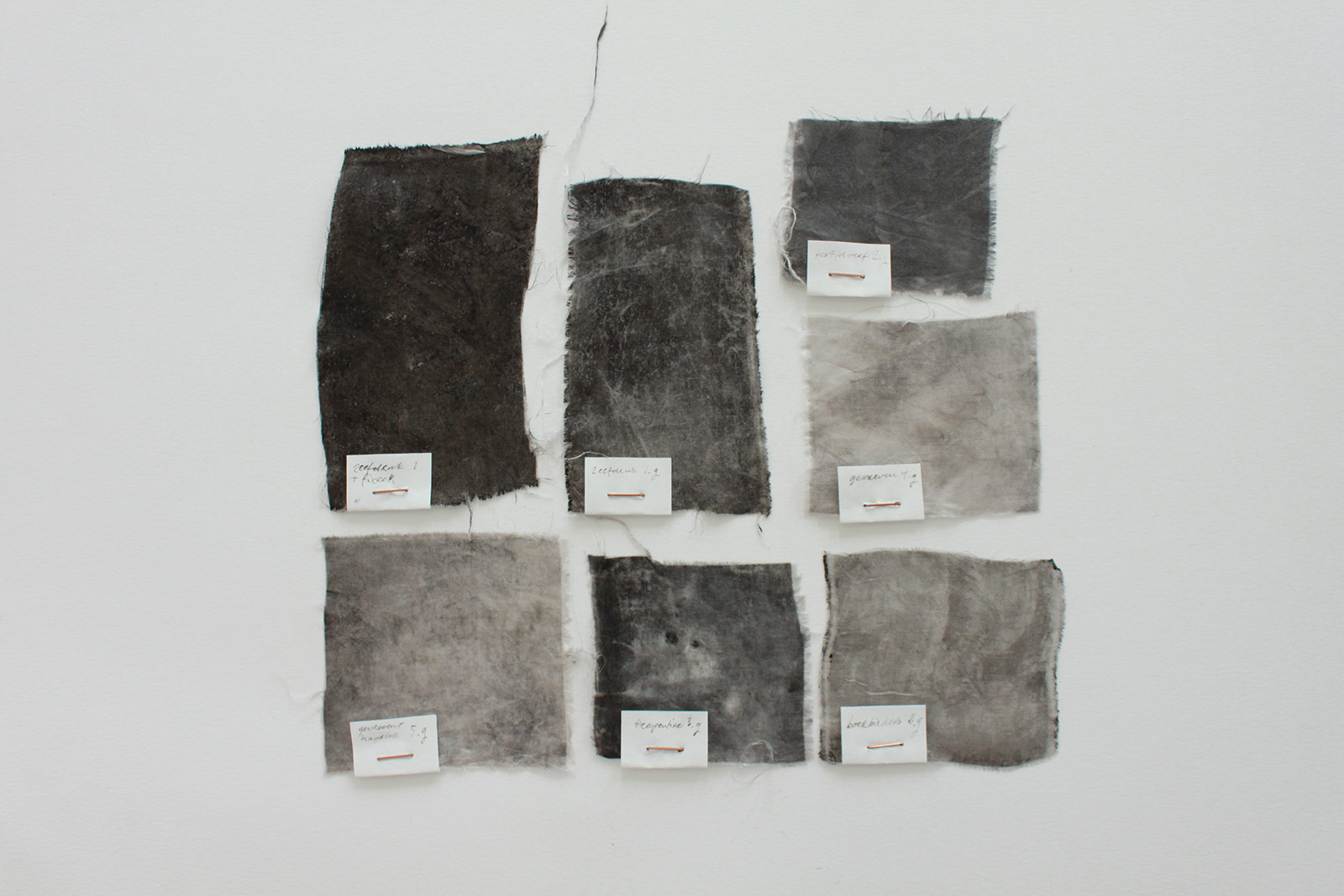 What is your creative process like, and how do you normally work together? Do you have any specific roles, or do they change depending on the project?
We both have our own first interest and creative process. One comes with an idea and we both work further on that. During a project, Michiel is the childlike inventor and Jetske the delicate, conceptual manager.
Some of the main themes of your projects include memory, the use of light, structures, chemical reactions or material development. How do you choose and find the different materials you use in your projects, and how do you select which one fits best with what?
We use contemporary materials, which leads to our result.
What do you want to show, transmit and express to your audience while they’re interacting with your pieces or installations?
We want to show our fascination for transformation and motion. We literally show motion or we freeze a certain moment, giving a different perspective (always through beauty) on something you already know. 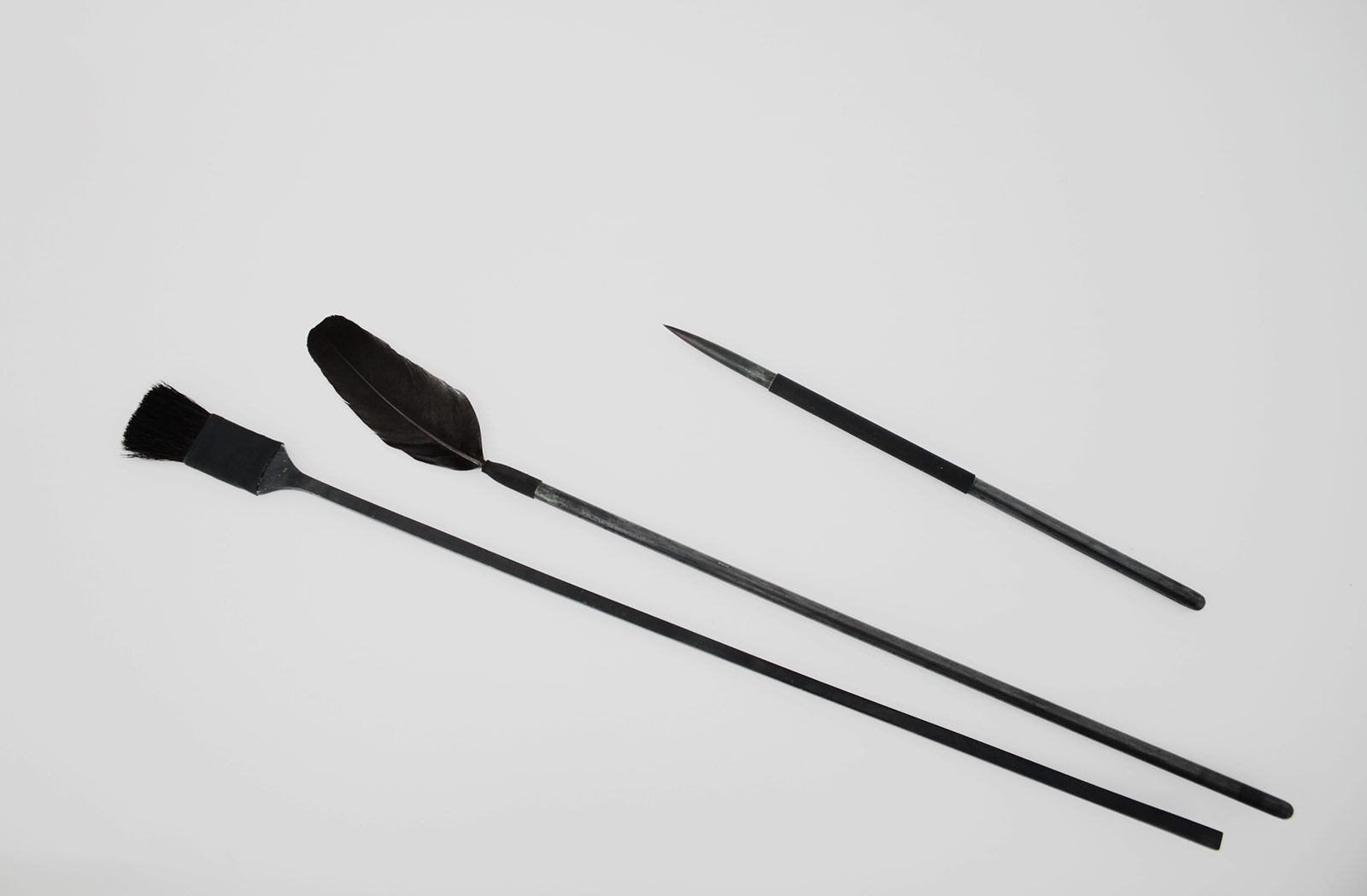 What’s the research and experimentation process like? Is it key in your normal working environment?
Testing and model making are very important phases for our work. We will never design something solely by computer or by drawing. The materials and our hands are the leaders of our work.
What are your biggest sources of inspiration?
Our inspiration comes from our model making and from creating something. We have an eye for detail and we are always looking for transformation and motion, for example the motion of a kelp forest.
Looking at your work, we see that you’ve created two separated Holons projects. What are the evolution and the relation between them? What message does it convey?
We made several generations of Holons. The first one was small. After making this Holon, we were asked by Gallery Art Space MU to make more of them, and bigger. After making lots of upgrades, we just finalised a third generation, which is for a permanent installation placed at the Citizen M hotel in Paris. 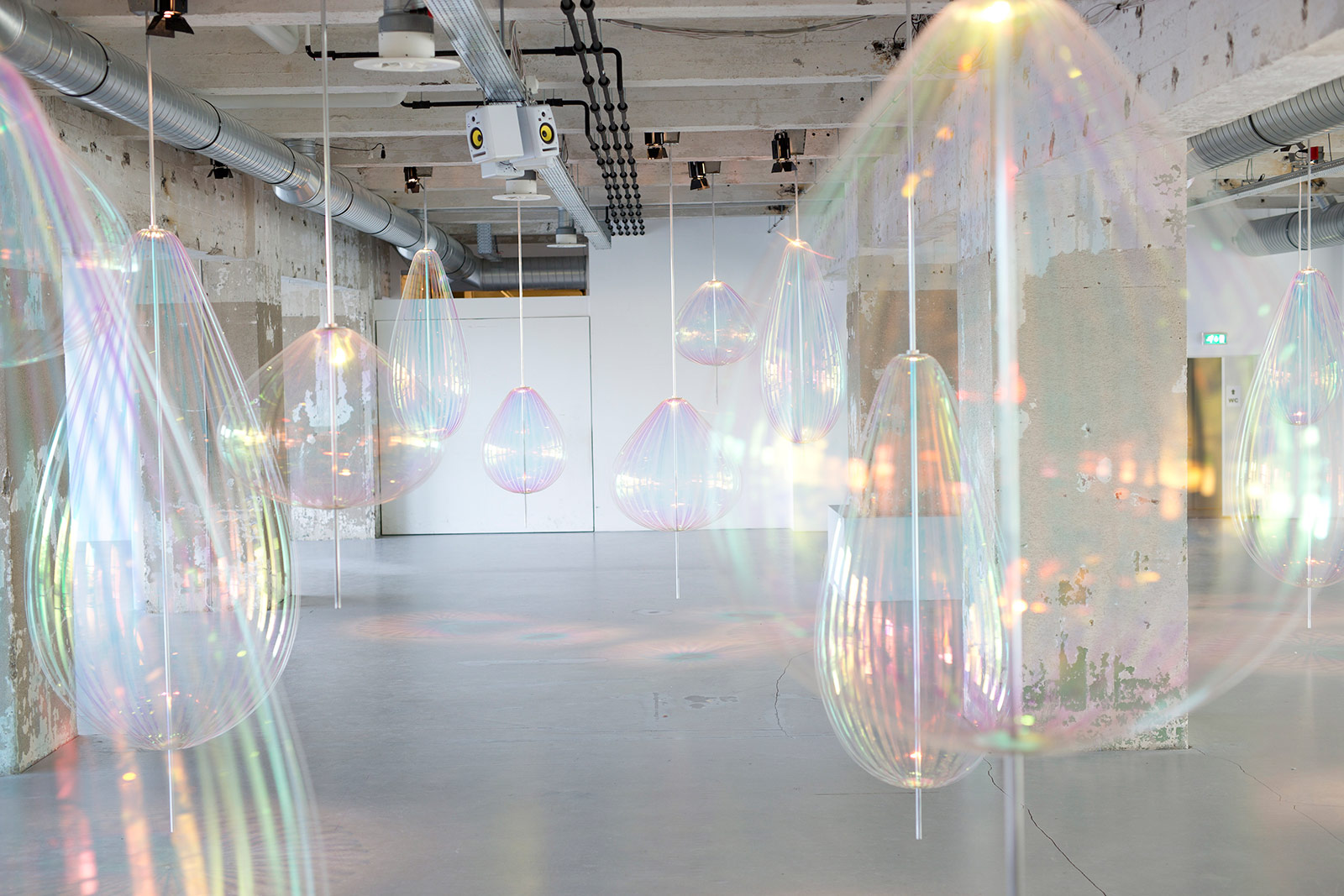 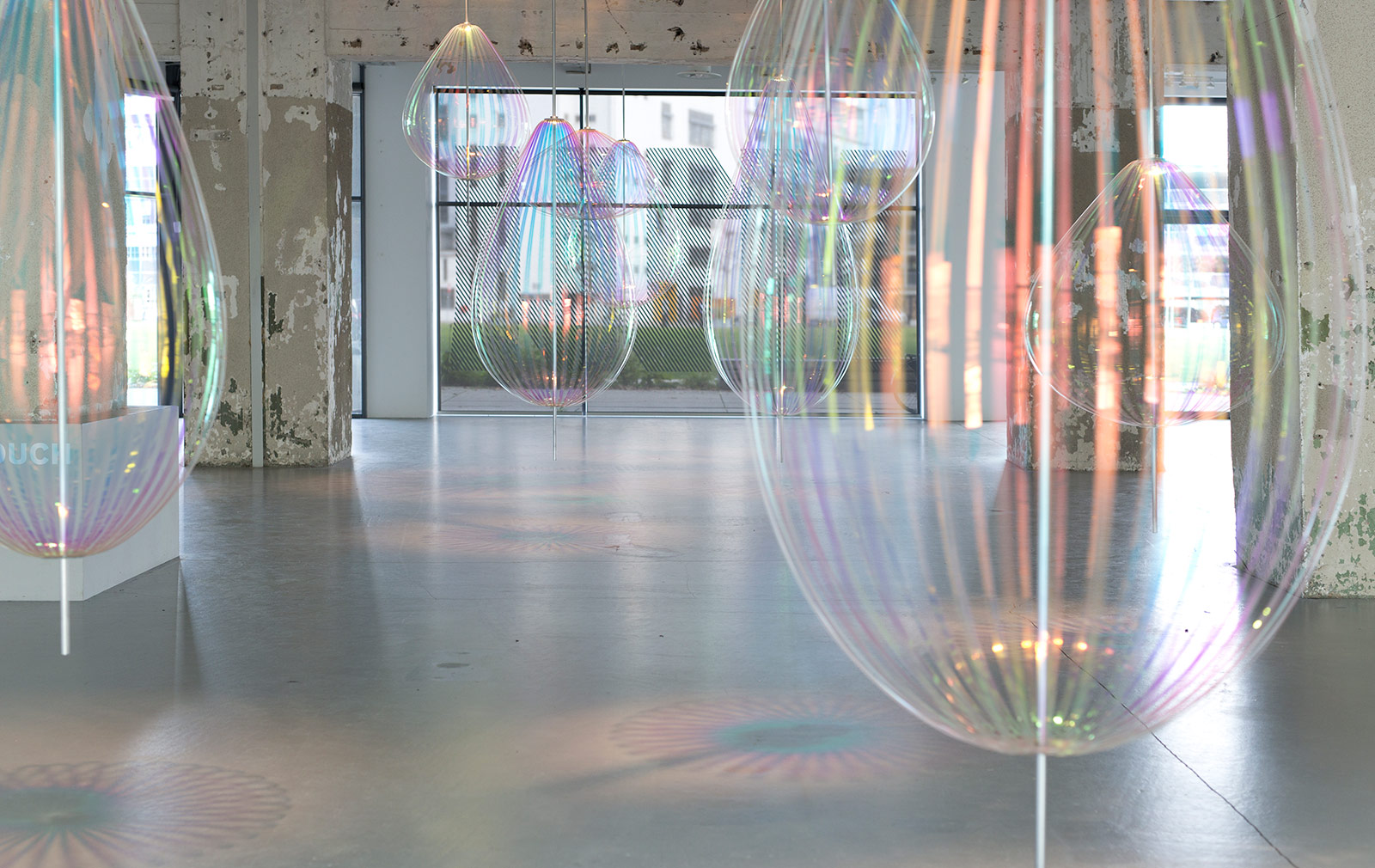 You are part of the collective Dutch Invertuals. Could you explain us what is it about? Why did you join it and how this merge has influenced and developed your work and vice versa?
Dutch Invertuals is a collective of designers. Wendy Plomp, its curator, invites designers to give their vision on a theme. We joined several times because Wendy can make great shows. As a group, you can create something bigger and it is good for us to create new conceptual work and show it in an interesting environment to our audience.
Where can we find your work? Any upcoming exhibitions in which we can see what you do?
We are now on show at the Rijksmuseum Twenthe (they bought some of our Holons) in Enschede (Netherlands) until October. In that month, during Dutch Design Week, we will show two new projects in collaboration with two big Dutch companies. Moreover, we also show some Holons in Aarhus (Denmark).
To conclude, what do you expect for you and your studio in the next years?
We would love to create more permanent installations and interiors. 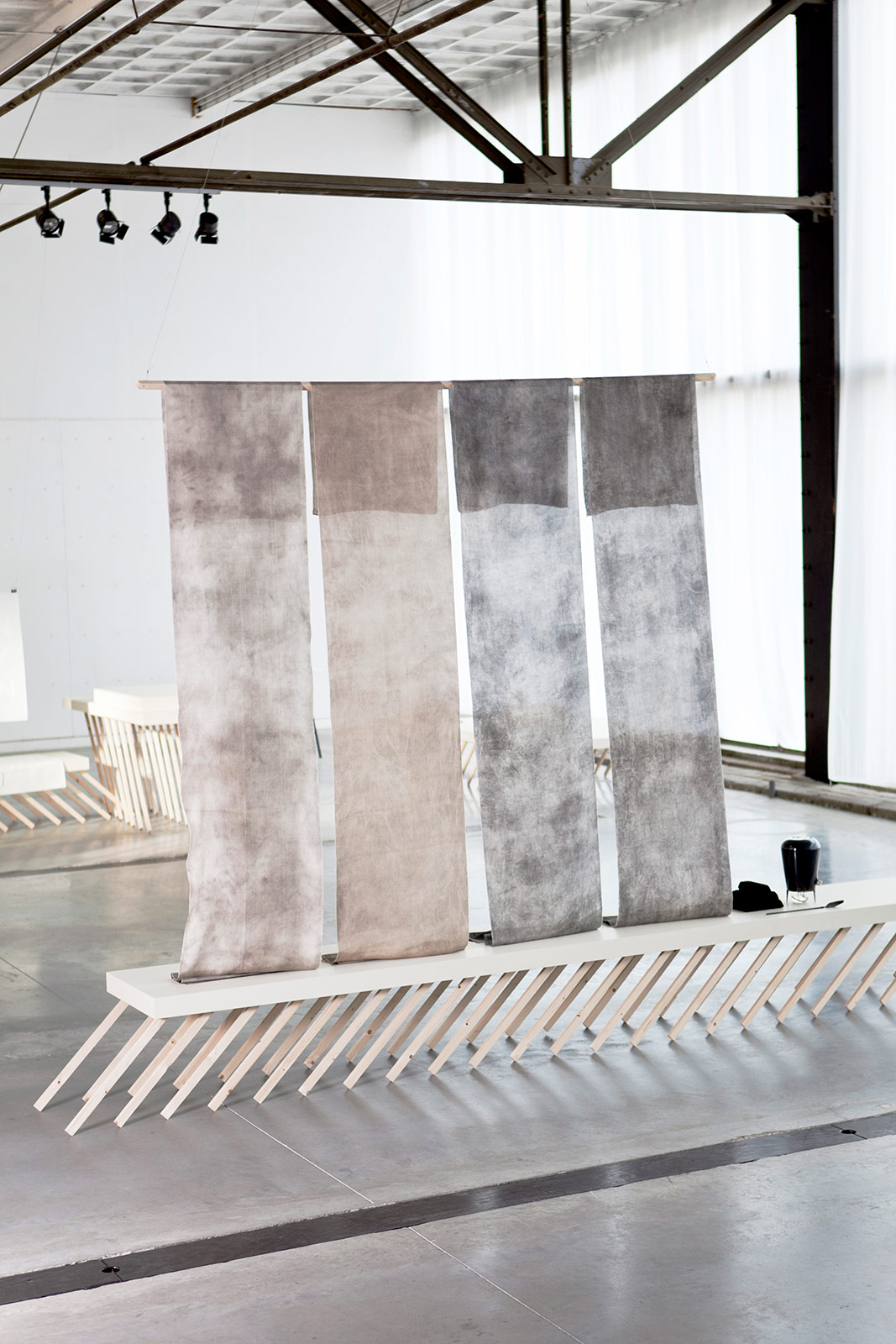 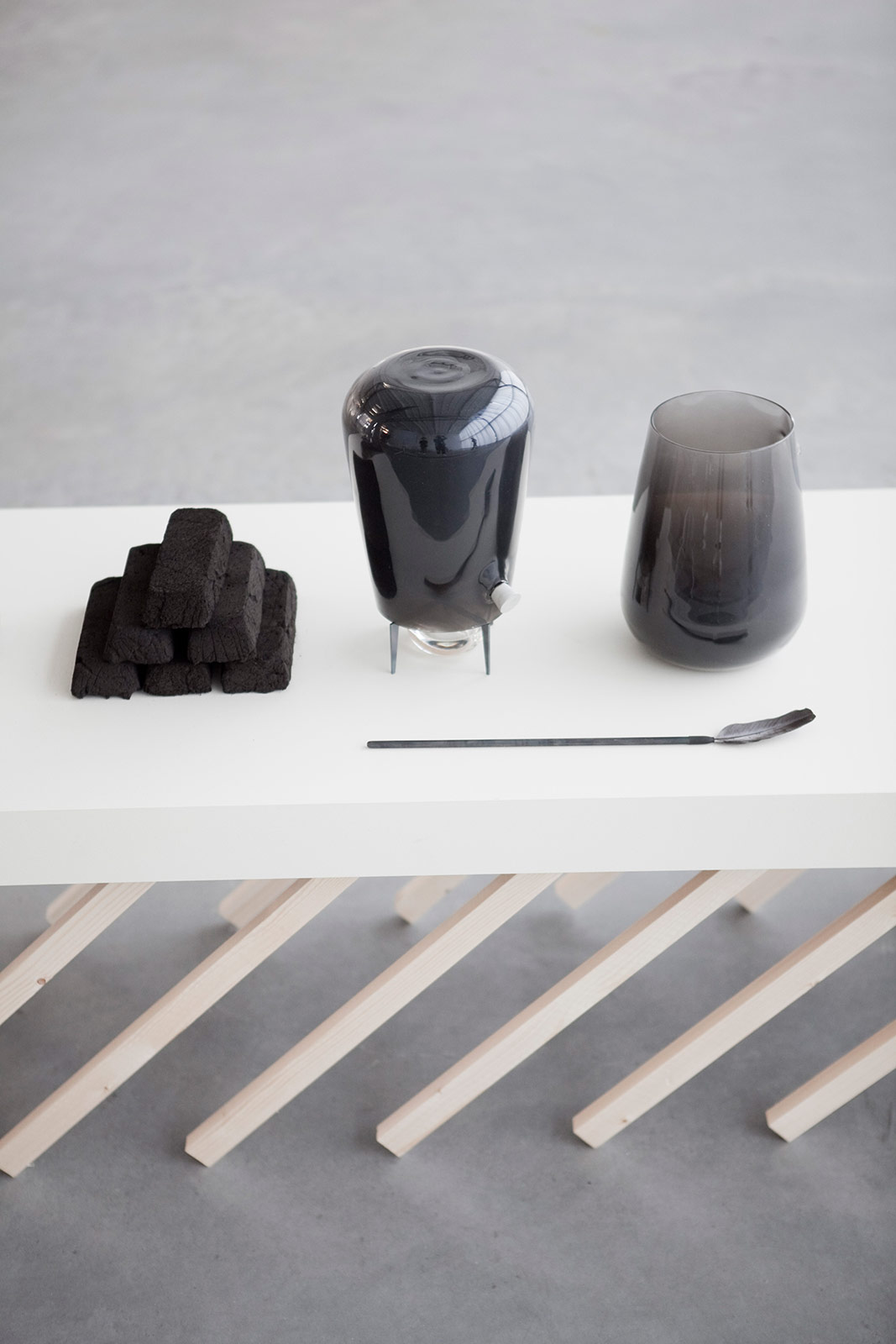 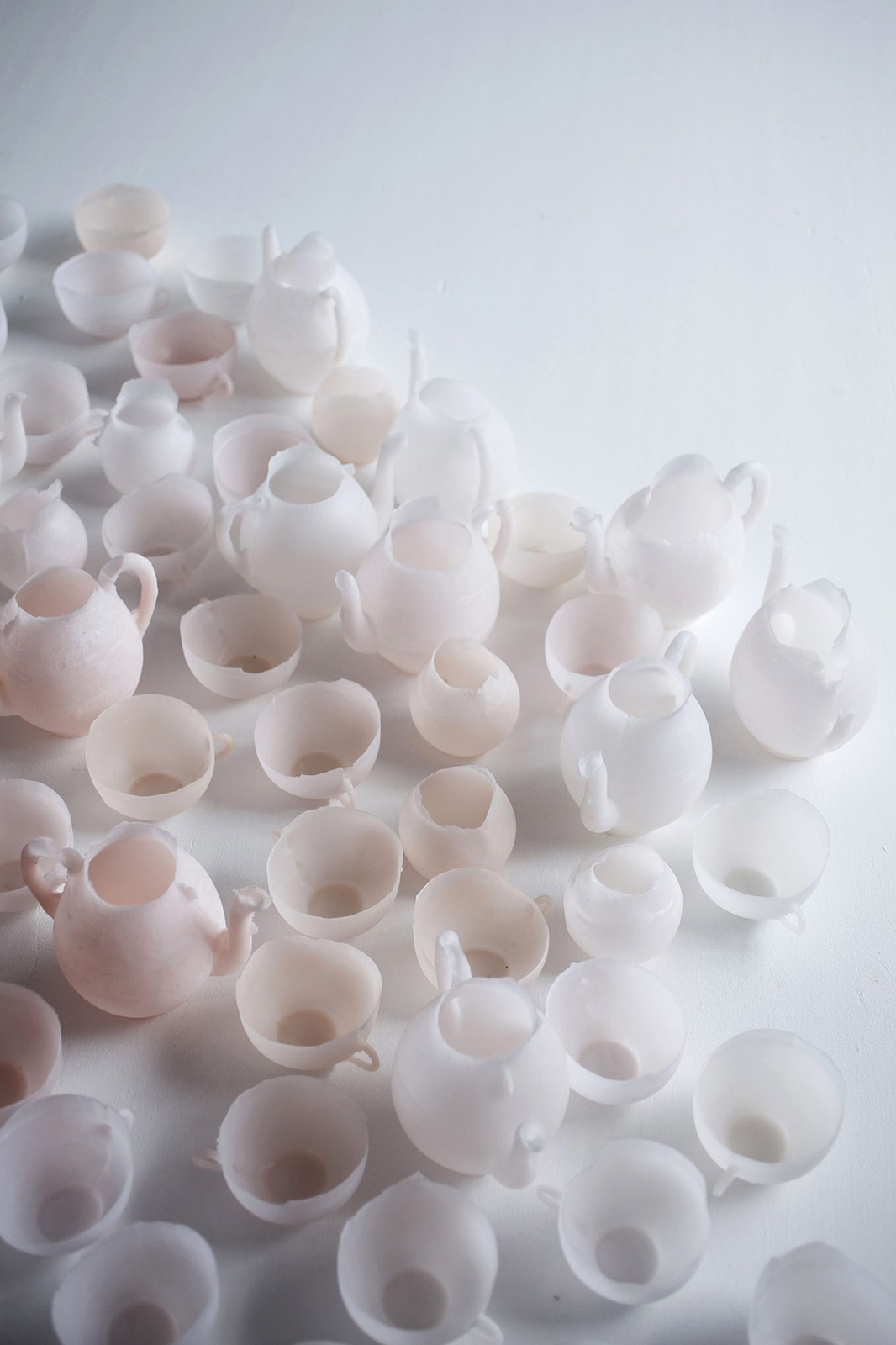 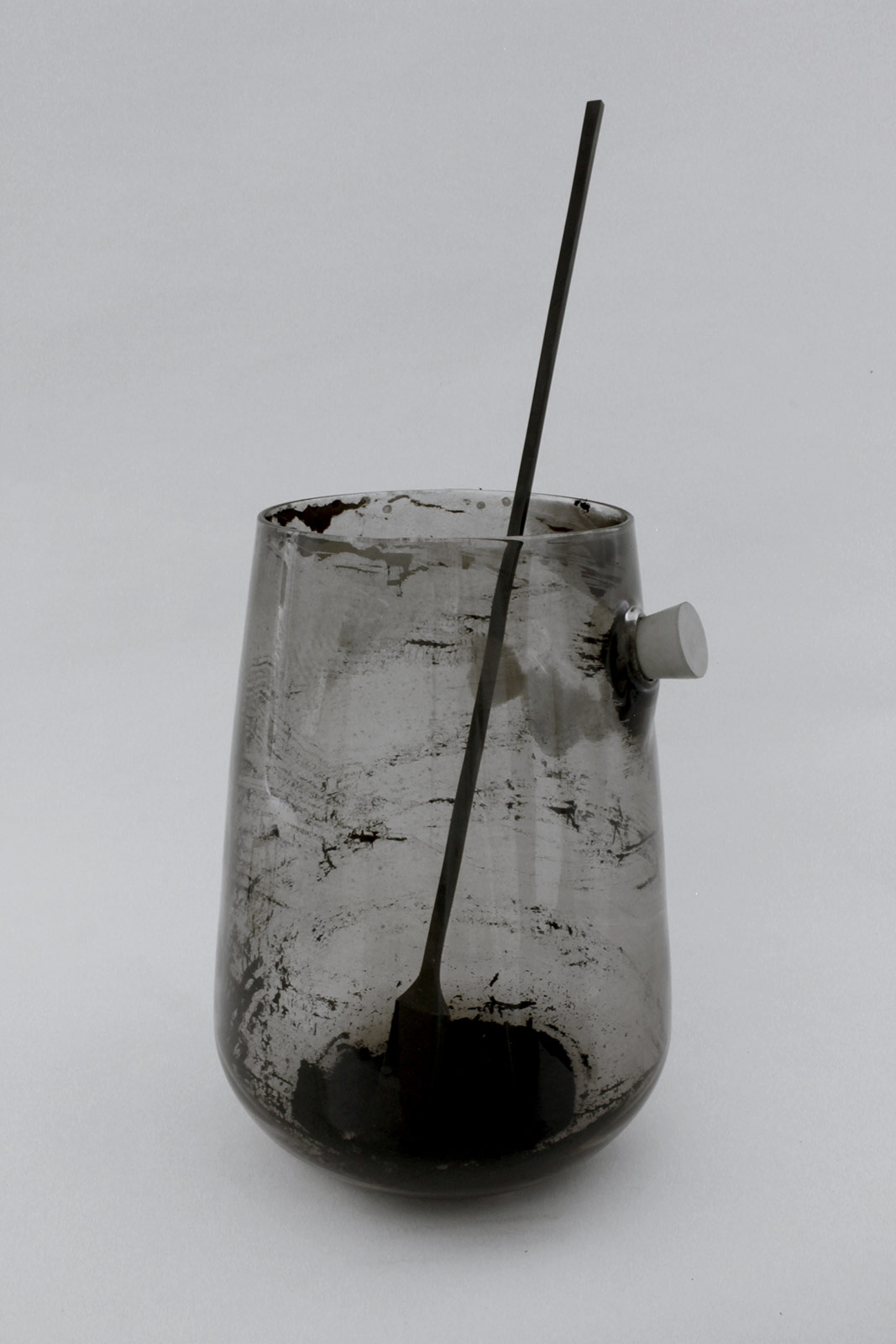 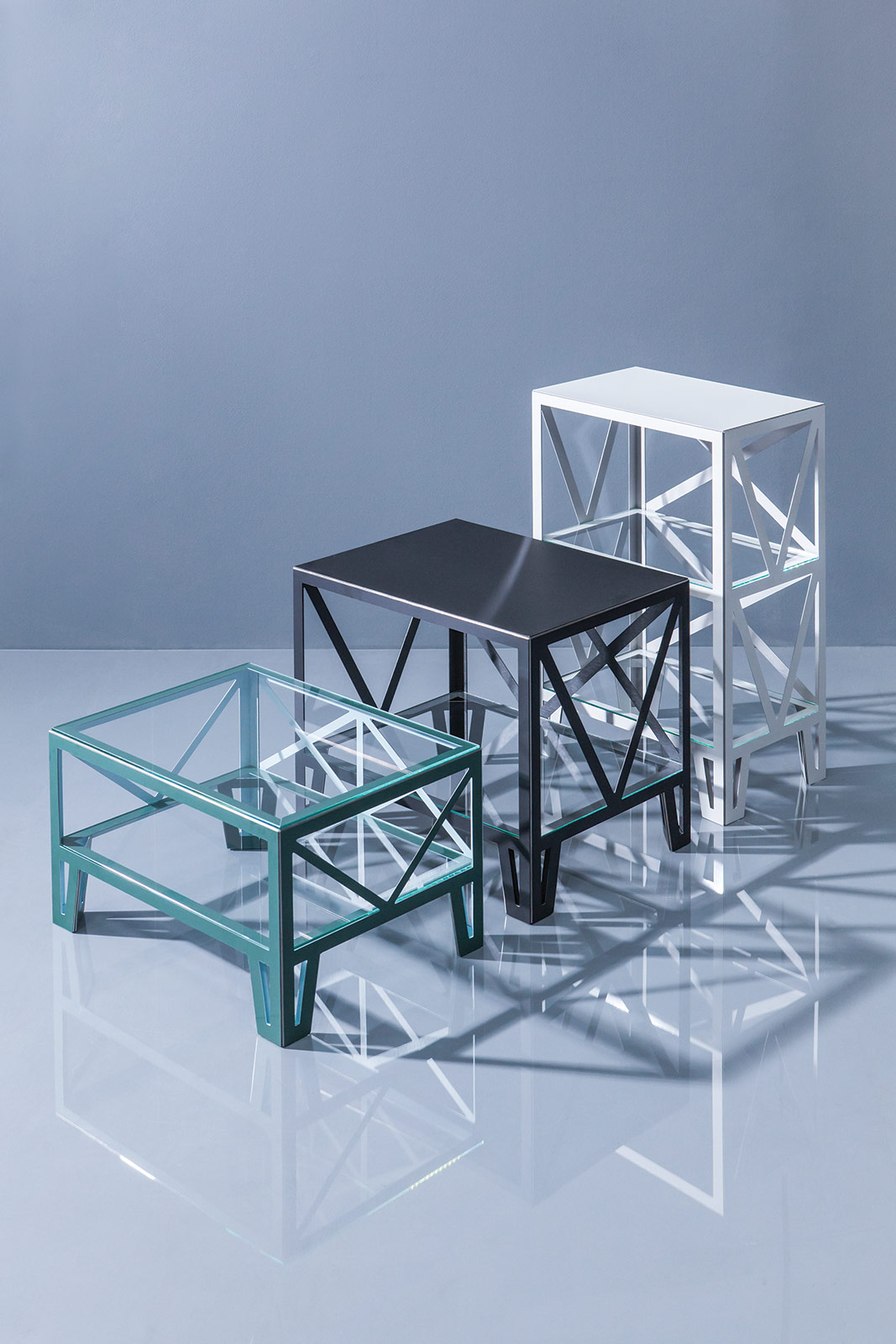 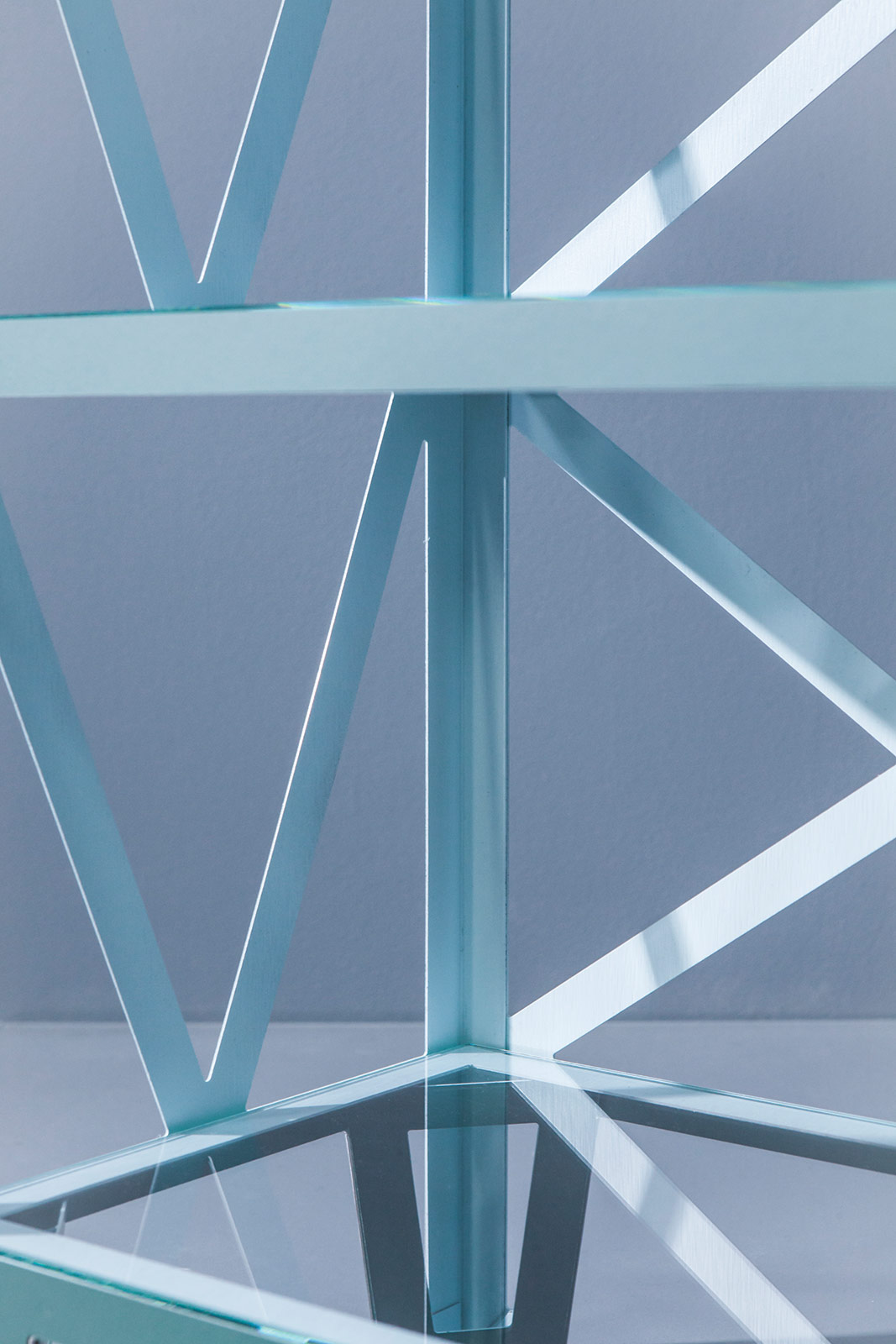 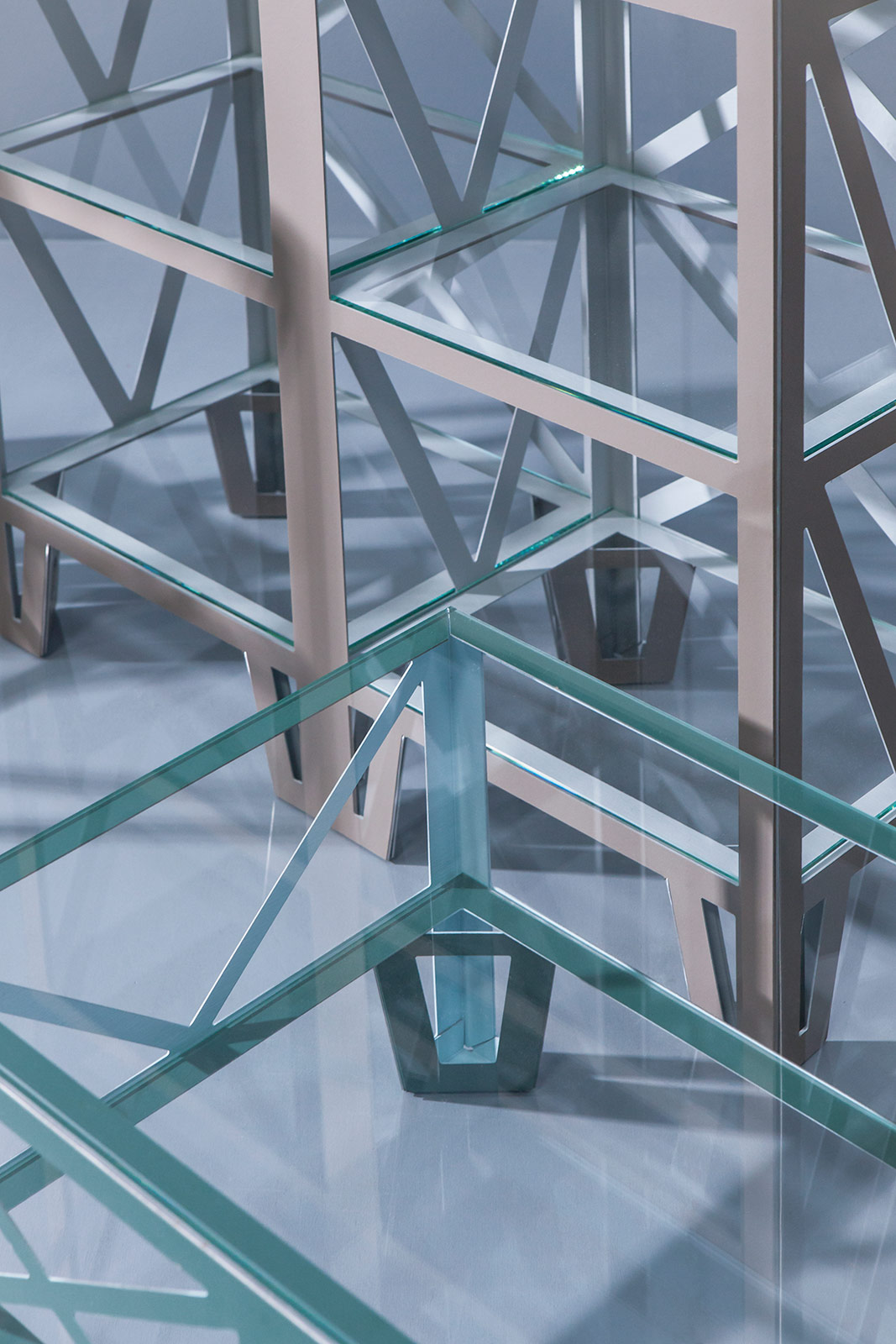 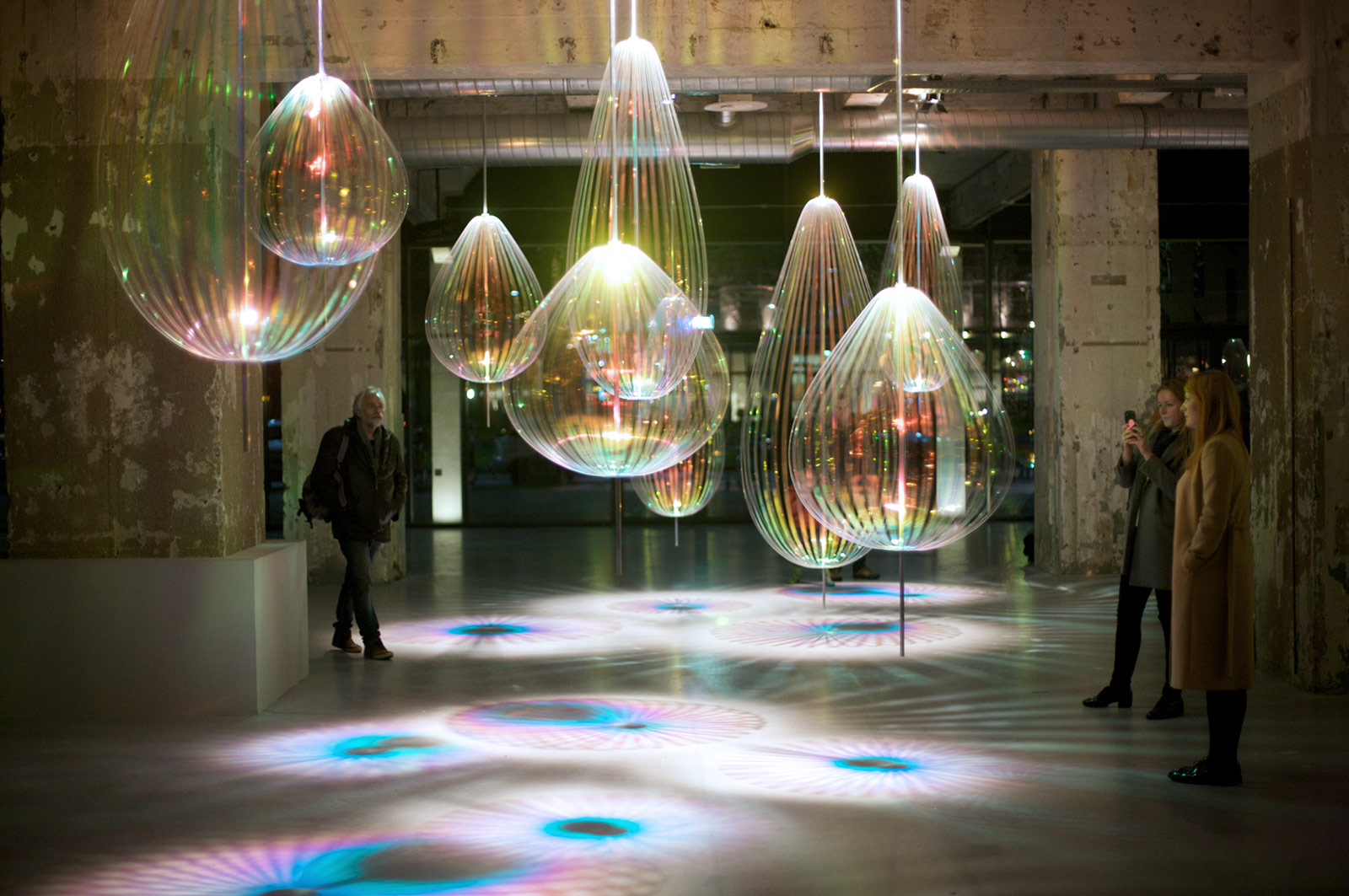 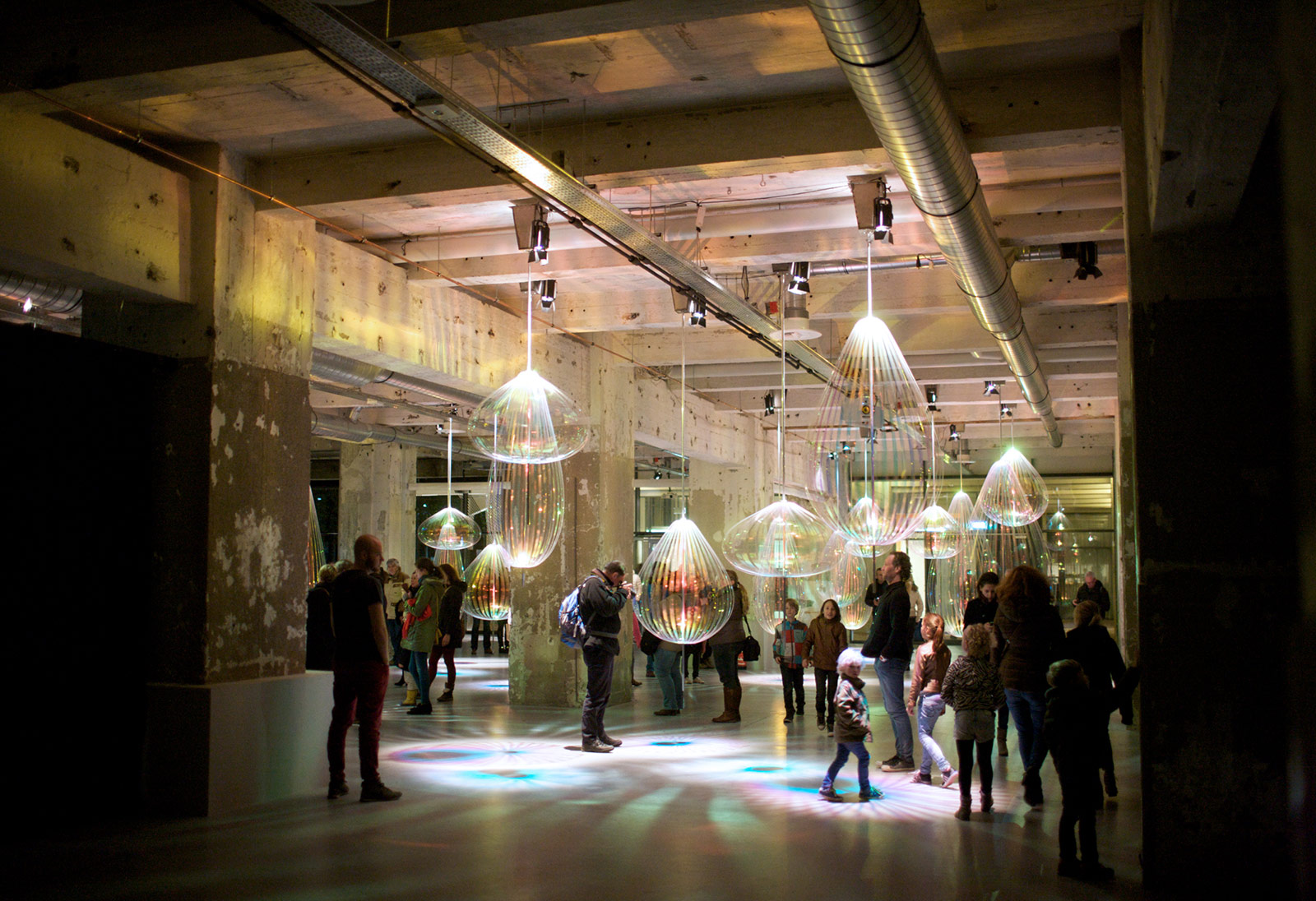