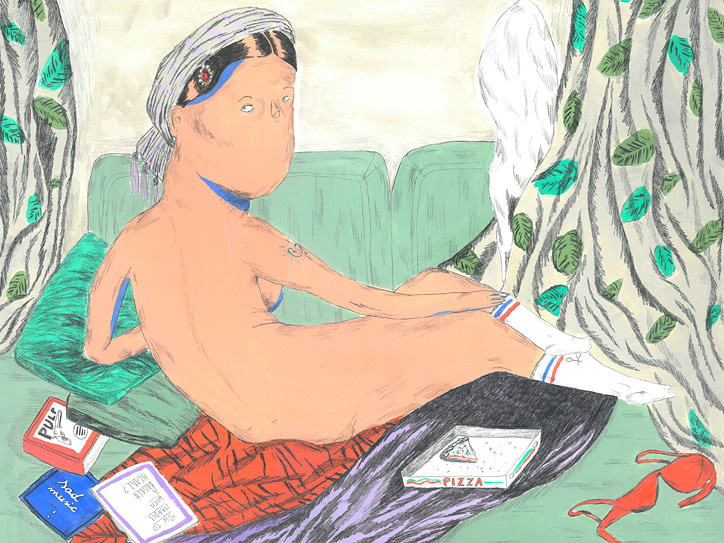 Her name is Mariana Santos and she says she is miserable. She says she had her share of bizarre love triangles and other square stuff. With one foot near the abyss and the other on a marriage of convenience, it is known she sold her heart at a souvenir shop to pay the water bill. Mariana, the Miserable One, is by far one of the best Portuguese illustrators and emerging artists, with a bright, witty and truthful imaginary that never fades away.

Hi Mariana! I’m curious, do the grotesque forms and shapeless bodies serve to depart your world from reality or are they a faithful representation?

They are part of my way to see and represent the world. I appreciate who knows how to imitate reality with perfection, but my interest is to get away from that.

In the large majority, the characters you draw are women. Who are they?

A large extent of my work is autobiographical. A lot of them, although different from myself, end up representing me. And also because I like to draw long hair and dresses in the wind.

Your humour and the themes you draw have a lot in common with the Portuguese state of mind. Does the fact of being Portuguese make you miserable?

It is tempting to answer yes, because I just saw the evening news.

Could we say that the Portuguese culture and popular wisdom is a constant in your work?

In the beginning I did a series about Portuguese popular expressions and other about catcalling. It's not something regular, at least it's not intentional. The fact that most of the time I have a drawing accompanied by a phrase that illustrates it or contradicts it, ends up reporting this relation I have with the Portuguese language as well.

What are the biggest influences in your drawings?

You've created a series of little fanzines that you called Little Miserable Book, where you give advices on how to be happy. What are the secrets to a less miserable life?

The Little Miserable Book collection comes from my will to draw the self-help subject. I decided I have advices to share with the world and I have finally understood I'm not the only one who likes these mushy things. The third and next Little Miserable Book is going to be prepared somewhere in January or February 2015 with illustrated advices from the grandmothers Mila and Milú.

It was funny because that work appeared alongside another one for an enormous wedding, at a time when I was having some difficulties in believing in love. I guess sometimes karma gets us!

In 2014 you participated in the Walk&Talk Festival. Not being your usual layout, what was the hardest part of painting a 10 meter's length wall?

The experience was positive! Firstly, because I always wanted to see one of my draws on a large scale, and then because, fortunately, it was not that hard and ended up being successful. The staff from the festival, beyond taking the risk to invite me (who had never done anything like this), gave me all the support I needed and were amazing hosts.

2014 was also the year you opened your own online shop. Where else can we find your work?

Besides my online shop, you can find it at Ó! Galeria in OPorto, Abysmo Galeria in Lisbon and at the Mercearia de Arte in Coimbra.

Does the future rest in the stars, or do you have something up your sleeve for the next months?

There’re always plans! In 2015 I count on launching a collection of tote bags + RISO prints in collaboration with a long-term friend of mine, Teresa Gameiro. Besides, I will finally print the third issue of the “Little Miserable Book” collection and I will start a miserable club. And I have two exhibitions scheduled, one in the end of January with Maria Imaginário and another one in April with Júlio Dolbeth. 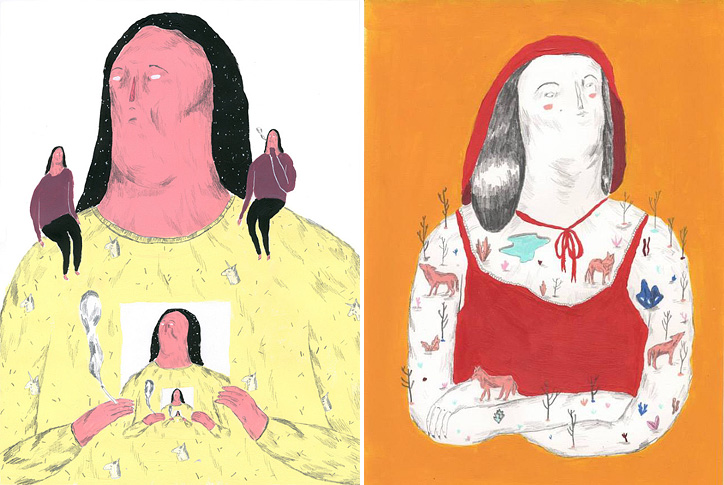 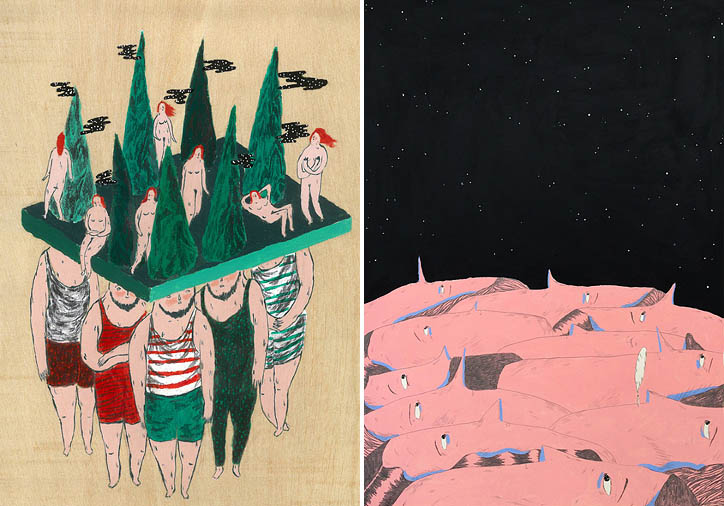 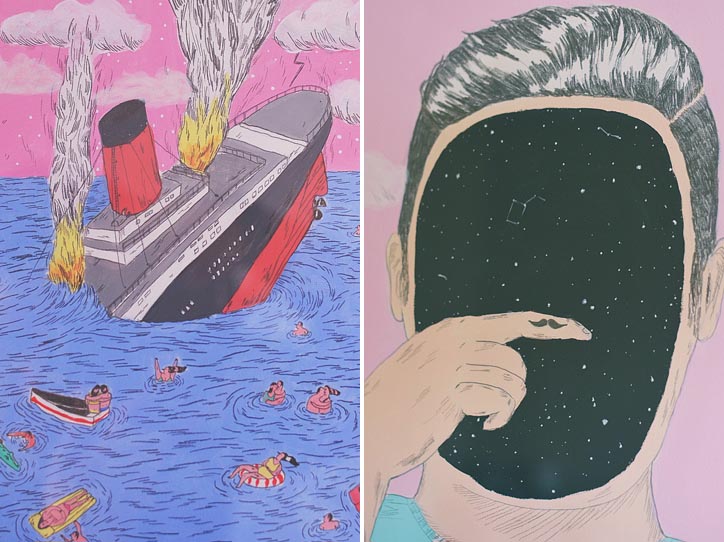 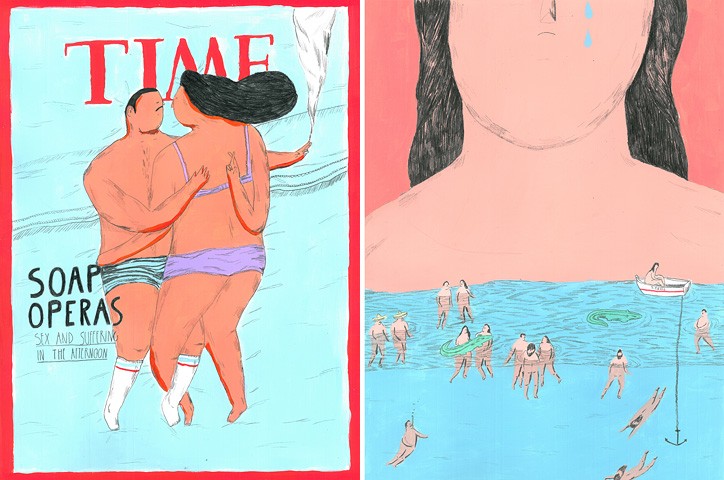 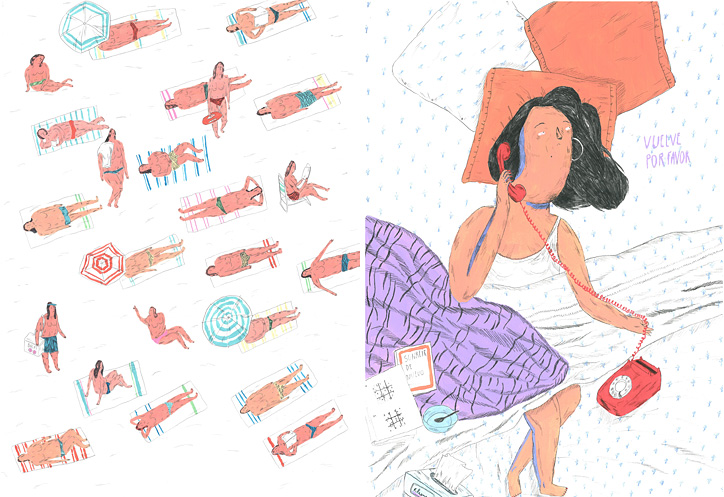 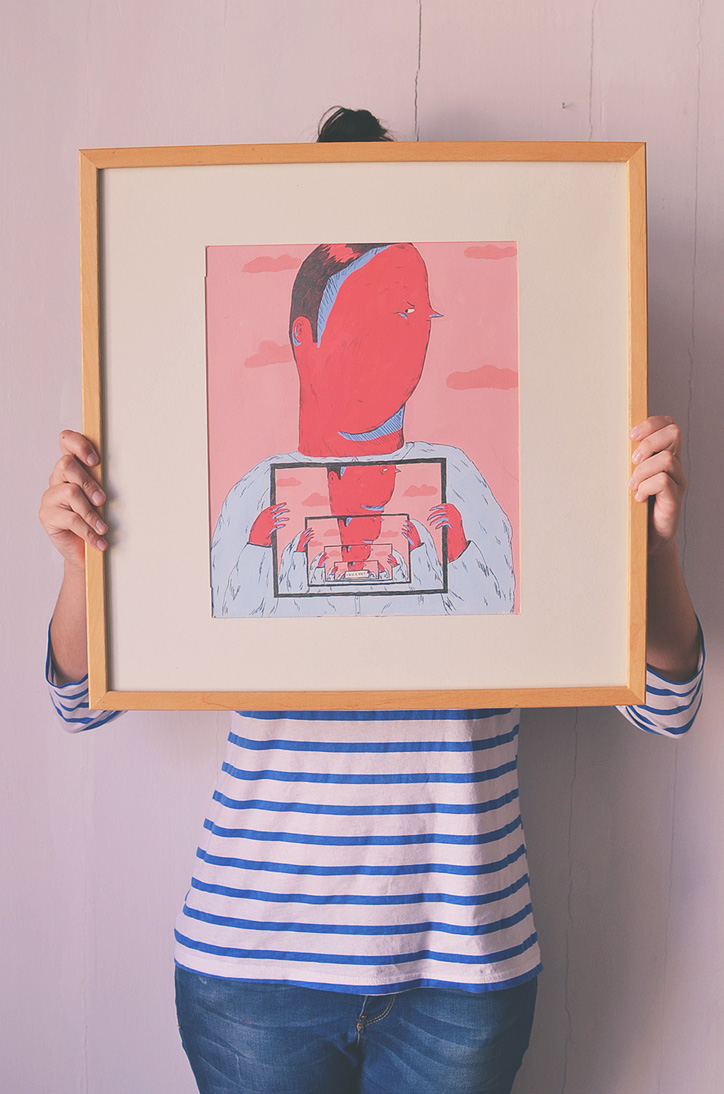