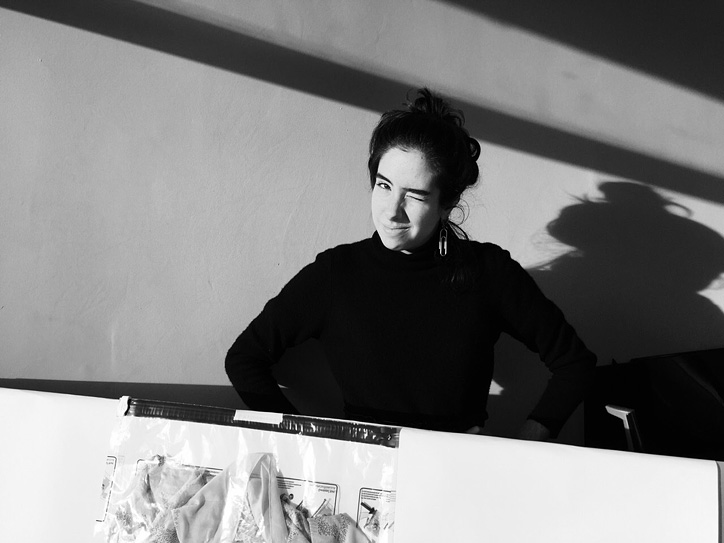 What is fashion without the constant search for perfection? Based on the materiality of clothing, but away from the smooth, plastic surface of the image of fashion, Portuguese creative researcher Maria Lima showcased her Wrong-Clothing-Map last 2nd December in London. Amongst wine and laughter Lima’s conceptual fashion oeuvre was attached on Doomed Gallery’s walls in a certain DIY manner. Without rooms filled with mannequins or vitrines displaying and enclosing precious garments, the material pieces were absent; their images though, surrounded the spectator as full-scale raw representations, as an immaterial side of fashion.

The main character in Lima’s work is not the mere materiality of the pieces, but the process of creation. This project lies on the concept of wrongness as “catalyst for the creation of something new” as she says. Through the compilation and the activity of scanning of abandoned garments with no monetary value, Lima created a catalogue of discarded clothing, which she afterwards intervened in different manners. From acid dissolution to random mail deliveries, the discarded pieces became new matter. As a multimedia project Wrong-Clothing-Map is an archive, a catalogue, a research and an artistic outcome. It is the active and destructive intervention of abandoned pieces, the re-creation of matter in (unnecessary) decay.

How is your work related to fashion?

My work is intrinsically related to fashion because its raw material is physical fashion. Not being supportive to its volatile properties and wasteful behaviour, my research is motivated by a critic towards the fashion system; its lack of ability to recycle is contested through working with abandoned non-valuable garments, aiming to prove that a journey of wrongness is valuable.

How did you arrive to the concept of Wrongness or how did it arrive to you?

I believe Wrongness arrived to me in some sort of effortless but purposeful manner. The concept is an extension of a research I started during my academic studies of Architecture. Then, Wrongness wasn’t generated as such by itself, it arose from a specific search for the new within an imperfect context of existence.

What does Wrongness mean to you?

Wrongness means a state of mind, a creative approach that works from what is commonly and recurrently avoided: the failure, the mistake and the error. Here the unfavourable aspects of the creative process are seen as the most relevant and potential features to work from. It allows for the development of an original journey that grows into the unknown, while searching for something new. Wrongness means an opportunity to experiment without the constraints of a deterministic pathway.

How can the concept of Wrongness be applied to your own process?

Wrongness generated my practical work. It appeared first as a conceptual theoretical base of thought with practical intentions. Throughout the growth of the concept, the practical work started to arise, step by step, following the wrongness guidelines. Wrong-Clothing-Map became a specific result of the study of Wrongness. This is, Wrongness and Wrong-Clothing-Map have a symbiotic existence, they cannot be thought apart.

The outcome of your work, the archive itself, is divided into three categories, which are them?

Reborn, Dissolution and Treasuring are three processes of error, which means three failed paths. They all refer to the moment the garments were collected by me (July 2014) and the state and conditions they were found in, but they also refer to their past. After the collection and categorization, I did actually extend the three processes of error through three interventions which are documented as videos. I found this the only possible way to put them back into their own process, which I interrupted while compiling them. This interruption made me feel the need to trigger each process again.

What are the means of this division?

Reborn refers to the four pieces of clothing found in a Charity Shop in Porto. The garments have time imprints, but still they were left in the shop for a reason - to find a new owner, to be inhabited again. Process of Reborn refers to this opportunity they were given. The past is unknown, but that is also part of this process – the unknown of the past and the present. Dissolution, on the other hand, refers to the thirteen pieces found in the storage of a deactivated Jeans Factory, in the outskirts of Porto, Portugal. They have never been worn, they were produced during the 80's and left in the storage until July 2014 when I collected them.
Dissolution comes from the state they were found in, they were dissolving together in a pile, their inactivity caused their damaged condition.
And Treasuring refers to the eight pieces I collected from my family closet – meaningful pieces that are not worn anymore but were kept safe due to their meaning, to their sentimental value. It is about the conservation of a lost moment in time, of a memory.

Do you consider you research an artistic research?

I consider my research a creative one, within a sphere that merges artistic and academic dimensions. The research is ultimately that, a journey of experimentation and discovery through clothing. 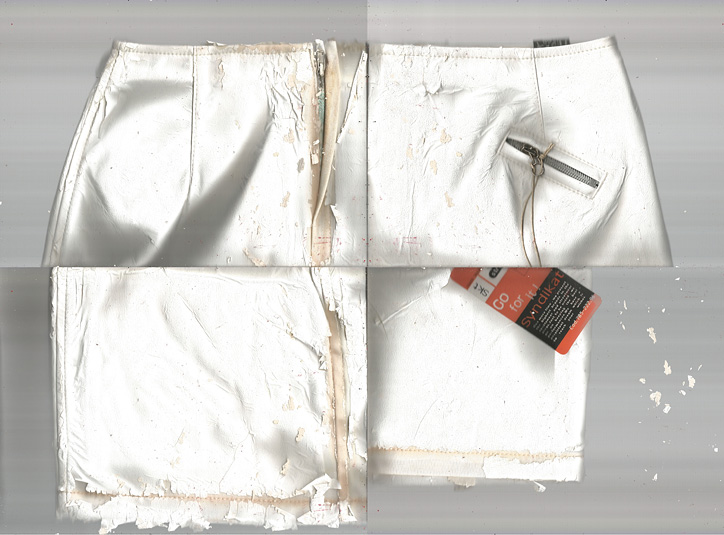 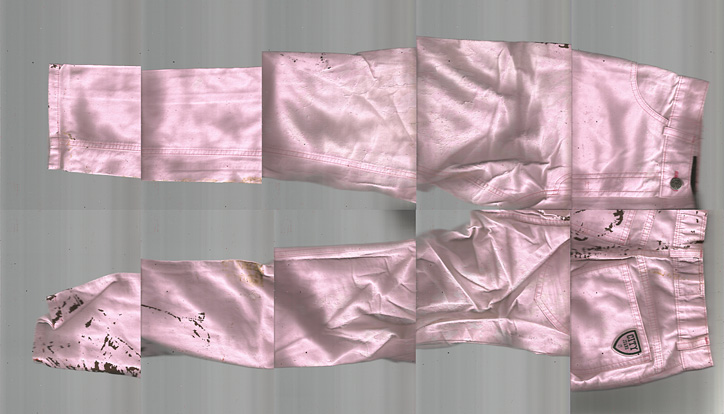 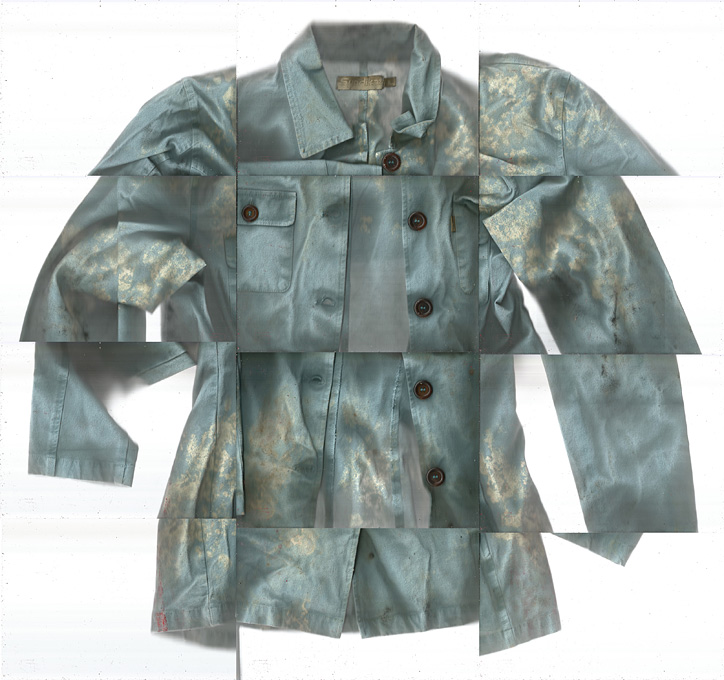 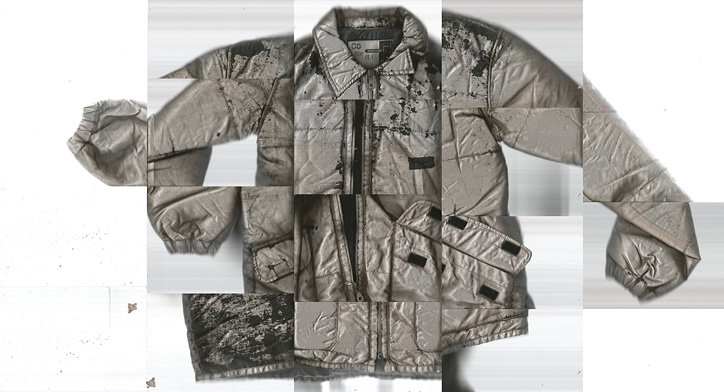 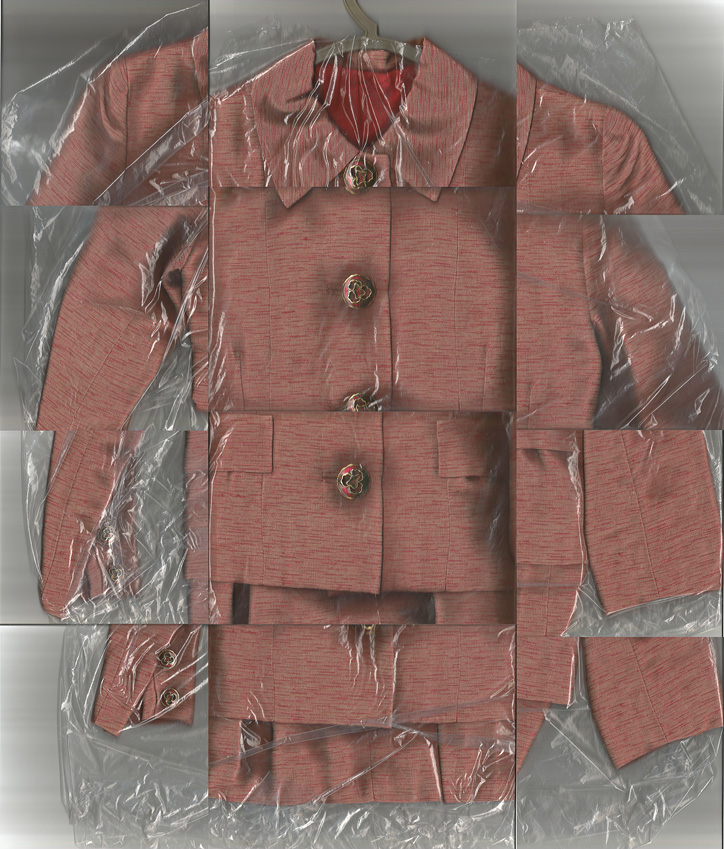 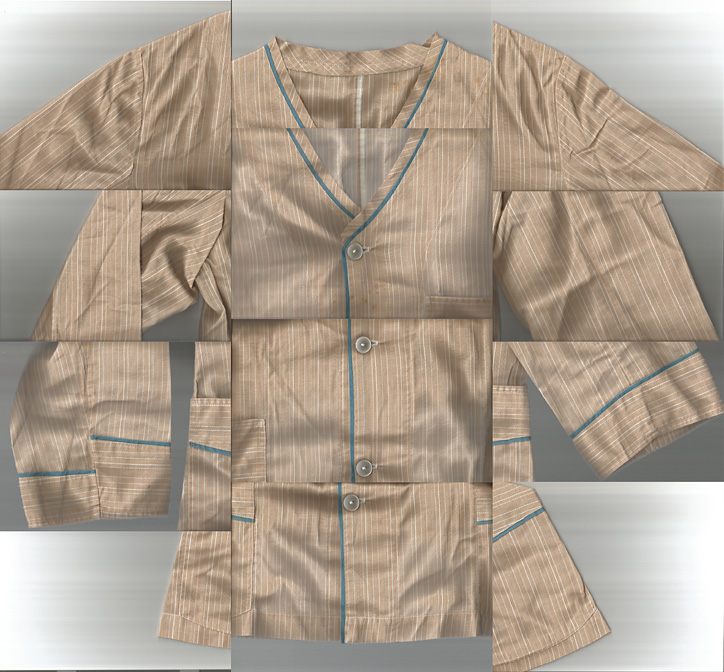 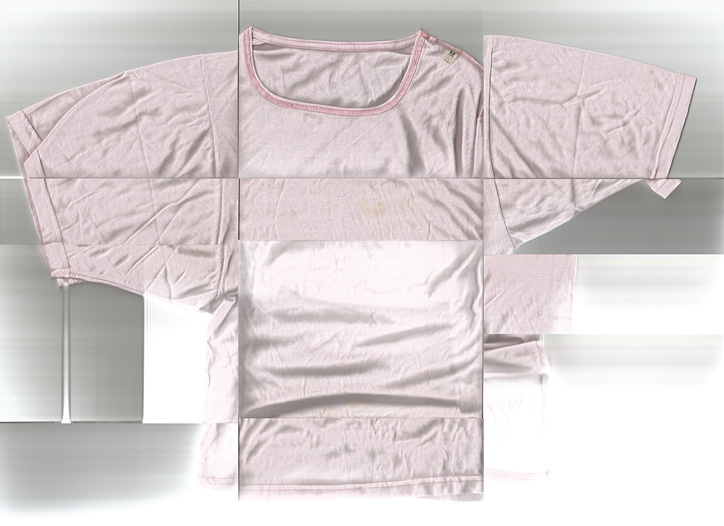 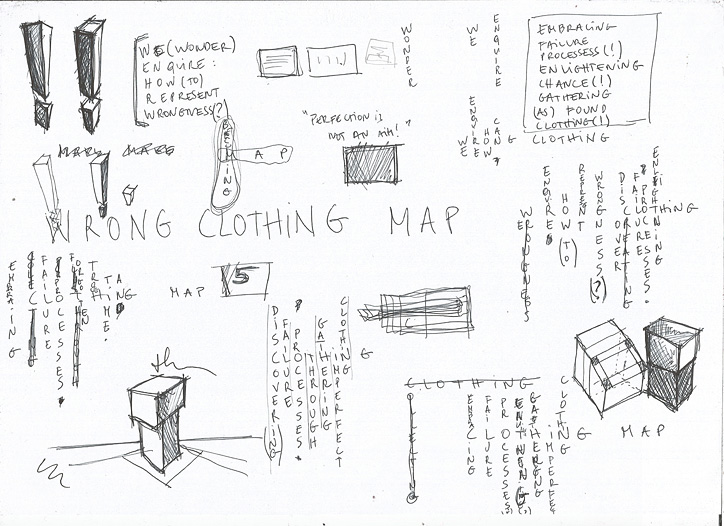