When cinema is everything 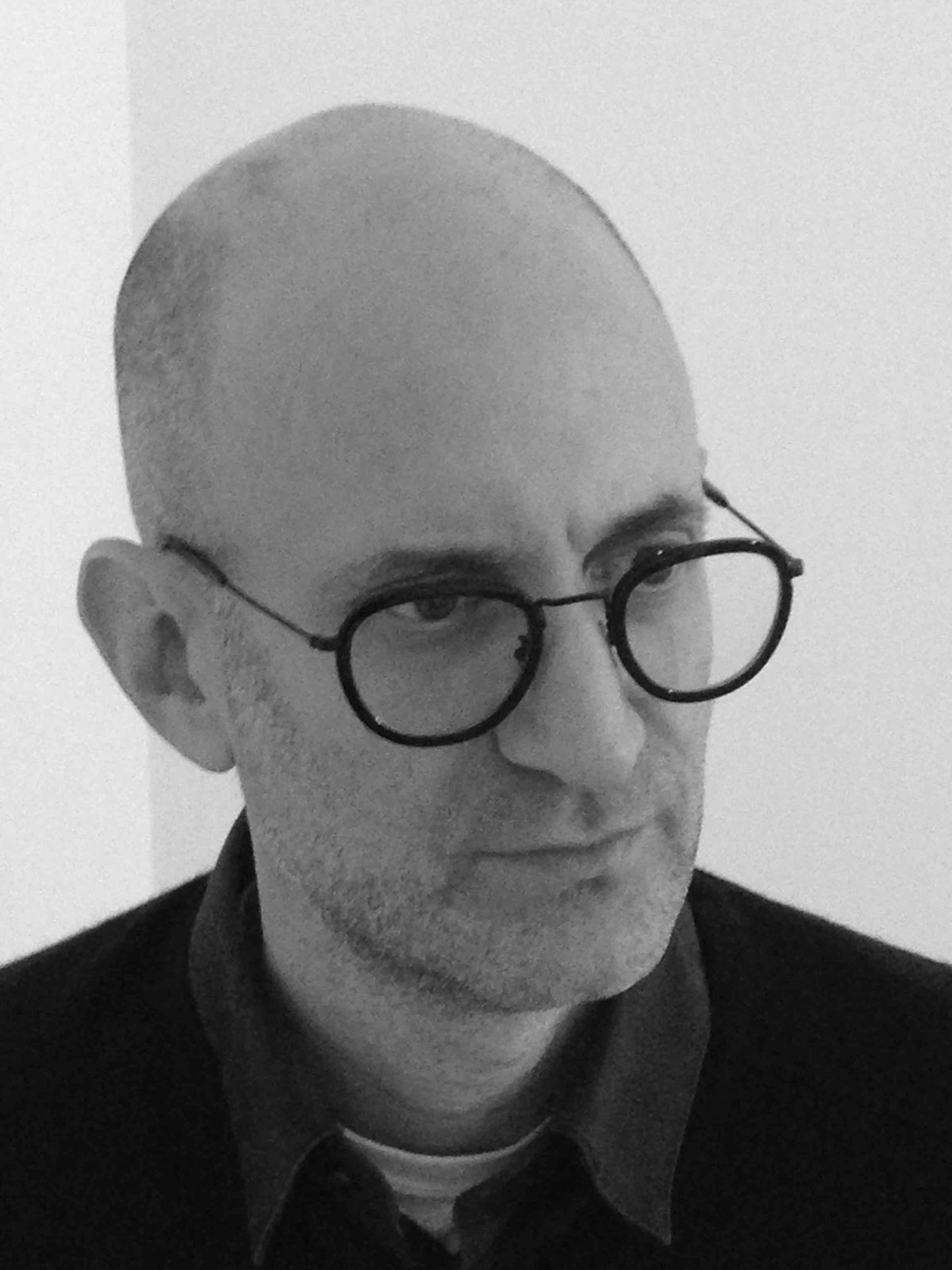 It’s not often you get a handpicked selection of history’s most influential avant-garde films from leading film critics. Until July 22, silent green Film Feld Forschung in Berlin presents Edit Film Culture!, a multi-media festival celebrating the legacy of Film Culture magazine that will feature what curators have deemed some of the most innovative films of the past century. We’ve interviewed one of them, Marc Siegel, who in addition to being a curator is part of a performance art collective, works at the Berlinale, and teaches at university.
In the era of professional and amateur film critics, cinematic analysis is far from foreign. But in 1954, when Adolfas and Jonas Mekas emigrated from Lithuania to the United States, the notion of an academic discussion of film was revolutionary. Together, they masterminded Film Culture, a magazine dedicated to exposing the best artists outside the commercial industry and discussing the technological and artistic aspects of their films.

Over sixty years later, their work has finally been revived by Edit Film Culture!, a multi-media festival spanning the long, complicated history of the magazine and the prolific artists it featured. The festival boasts a brand new issue of Film Culture and exclusive and rare film screenings. It even witnessed amusical appearance by the ninety-five-year-old creator Jonas Mekas as part of the inauguration. It’s on its last week, so hurry up! 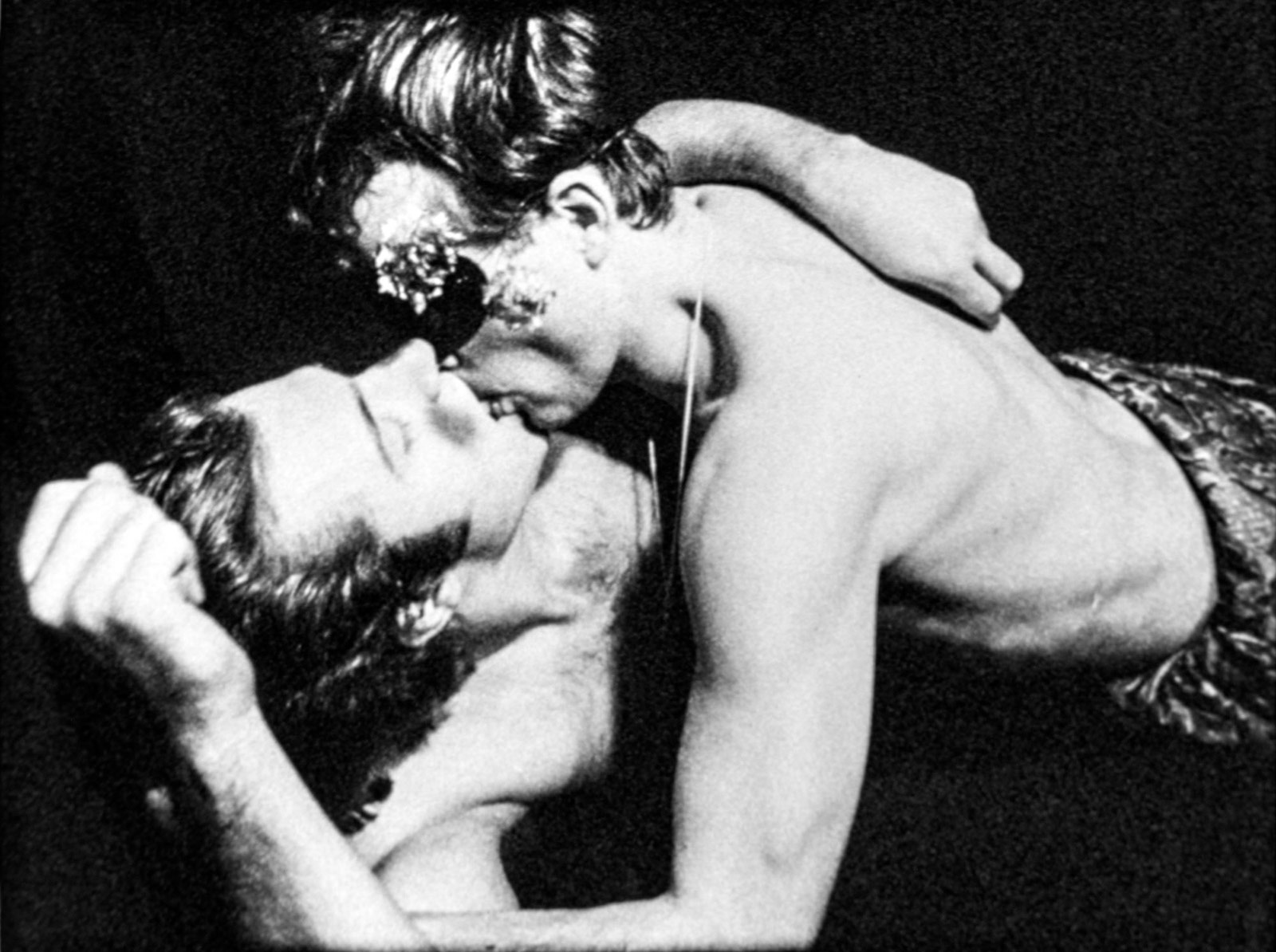 Marc, you work as a university professor, publish books, work at the Berlinale, and are even part of a performance art collective. But how did it all start? What was it that first sparked your interest in art, film, and creativity, and how has it evolved until today?
When I first saw Jack Smith's 1963 film Flaming Creatures in my twenties, I was overjoyed and overstimulated, elated that a film could be so beautiful, mysterious, seductive, generous, and queer. I knew immediately I wanted to live in the world of that film and wanted to foster the energies that went into making it. Those desires motivate my engagement in the arts even today.
In the first edition of Film Culture, Jonas and Adolfas Mekas wrote, “We feel it is our duty not to let conformity, business and the art of war engulf the creative spirit of man without a protest.” Do you think Film Culture achieved this goal during its lifetime? How has it served to reshape counterculture art?
Yes, they achieved this goal because their magazine was a protest against conformity, business, and war. From the start, Film Culture privileged art over commerce. When dealing with such an expensive and highly commercialized art form like cinema, this meant both drawing attention to the personal signatures of innovative filmmakers working within and against the strictures of Hollywood (figures like Erich von Stroheim, Josef von Sternberg, or Orson Welles) and fostering attention for filmmakers working completely outside the commercial film industry (including independent documentary filmmakers, poetic and avant-garde filmmakers). It also meant highlighting those international filmmakers and film movements (Pier Paolo Pasolini, Jean Luc Godard, the Soviet revolutionary filmmakers) that presented political alternatives to the filmmaking status quo.
Film Culture was more than just words and images on a page, however. A number of important alternative film institutions and initiatives emerged out of the magazine. These organizations, such as the Film-Makers Cooperative and the Anthology Film Archives – both of which are still in existence today – and the Film-Makers' Cinematheque, a screening series which more or less became Anthology at its founding in 1970, developed audiences and expectations about cinematic innovation and intermediary experimentation. Film Culture thus shaped the discourse about and the practice of film and art making in those crucial years during the 1960s and ‘70s.
Film Culture was originally created as a respite for marginalized people, particularly immigrants such as the Mekas brothers themselves. How do stories of displacement contribute to international film? Given the current attitudes towards immigrants (particularly during the Donald Trump administration and when European Union governments are letting refugees die at sea), can we expect this to become popularized again?
I wouldn't say that Film Culture was created as a respite for marginalized people. I would say, instead, that it (along with other publications and institutions) served an important purpose for a range of intellectuals and artists who had fled European fascism and were active in shaping the debate about and practice in the arts in the United States; people like the Mekas Brothers, artist and filmmaker Hans Richter, Frankfurt school theorist Siegfried Kracauer, and art theorist Rudolf Arnheim. The magazine was created to intervene in contemporary discussions about cinema in the United States in the 1950s.
As the filmmaking energies around the magazine gathered speed in the late 1950s and early '60s, underground filmmaking itself seemed to become a kind of home for a variety of immigrants to New York City, those who fled unlivable situations not only in Europe but also in, for example, the Midwest of the United States or in other non-urban centers. I'm thinking of sexual and gender non-normative people, artists, outsiders, queers, drug users – those who were oppressed within the horrible, homophobic conformity of most of United States American life in the 1950s and 1960s.
To come to the present day, to the callous way many governments are reacting to refugees today, we should not forget that immigration and the interactions among different cultures is, perhaps, the most essential and generative aspect of artistic and intellectual work. There is no culture of interest without difference. The fact that Western governments and corporations create unlivable situations in parts of the world through interventionist policies, war, militarism, and capitalist exploitation of local resources and then turn around and criminalize the refugees that are the direct results of their policies is, simply put, despicable. 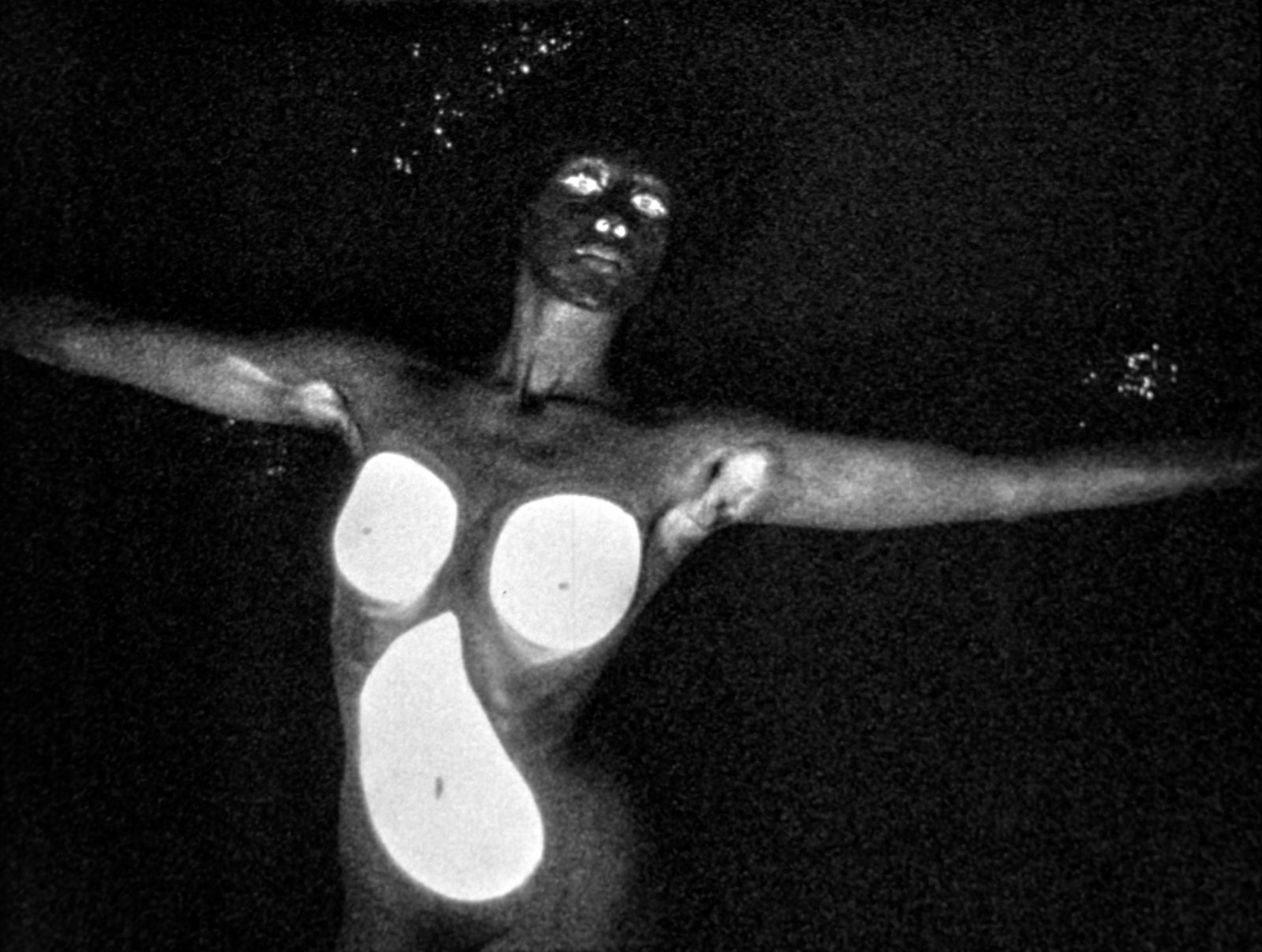 “We should not forget that immigration and the interactions among different cultures is, perhaps, the most essential and generative aspect of artistic and intellectual work. There is no culture of interest without difference.”
SavvyContemporary, a publication inspired by Film Culture, focuses on the issues with filmmaking in Southern regions of the world; they struggle with finding financial support and isolation from international cinema. How will the United Screens initiative better incorporate them into our community? What is the future of Southern cinema, given their current financial state?
Savvy Contemporary calls itself "a laboratory of form-ideas" and they have a location in silent green where they put on exhibitions and events. We've collaborated with them on the festival and have presented our exhibition on the publication and design history of Film Culture magazine in their spaces. But Savvy, which focuses on de- and postcolonial perspectives emerging out of the global South, has also contributed an important installation project to our festival. Led by independent curator Abhishek Nilamber with musician and curator Kamila Metwaly, the long-term project United Screens investigates alternative film cultures in postcolonial regions.
During the festival, the multi-channel installation is featuring interviews with those active in the independent film scenes in India. Our focus in Edit Film Culture is two-fold: we look back at the example of Film Culture magazine and we look at the present day and the future of independent film criticism and practice in different localities. Therefore, United Screens, which directly reaches out to practitioners in postcolonial regions, is essential to our interests. How can participants in independent film cultures worldwide better learn from each other’s successes and failures? How can they generate and sustain networks and exchanges within and across regional and cultural differences?
Recently, found-footage has emerged as a defining genre. How will various forms of diary films contribute to this genre? Can we expect to see more of this?
Found footage films have been around since, at least, the 1920s. Think of the revolutionary Soviet female filmmaker Esfir Schub, with her great found footage documentary film, The Fall of The Romanov Dynasty (1927). One of the greatest found footage films is Joseph Cornell's Rose Hobart, a 1936 film that reedits a film from a few years earlier to focus on its star, the eponymous Rose Hobart. We’ve screened this film in a great long open-air screening event of two found footage film programs curated by Alf Bold in the 1980s. The programs were introduced by one of the most important found footage filmmaker of our day, the German artist Matthias Müller.
Despite the fact that Film Culture marks an unparalleled examination of the history and future of international underground cinema and the fact that Jonas Mekas is widely recognized as one of the world’s most prolific filmmakers, it has never been recognized by mainstream artists or academics. Why is this? Will Edit Film Culture! change this and bring Film Culture into public view? How?
Film Culture magazine is indeed recognized by artists and academics as a highly important publication in the history of film and the arts. Some issues of Film Culture are cult objects and sell to collectors for hundreds of dollars. Any contemporary artist with an interest in the history of the moving arts in North America who doesn't recognize the significance of Film Culture magazine is obviously uninformed or willfully ignorant. Jonas Mekas is not simply a prolific filmmaker but an innovative filmmaker and artist and one of the most important figures in the history of independent, non-commercial film culture.
We're not out to convince anyone – mainstream or alternative – about Mekas' importance or of the significance of Film Culture. Those facts exist. At a time, however, when the meaning of film has been changing – due to the digital –, it seems important to us to return to the example of Film Culture magazine and inquire about the relationship between film to culture today. 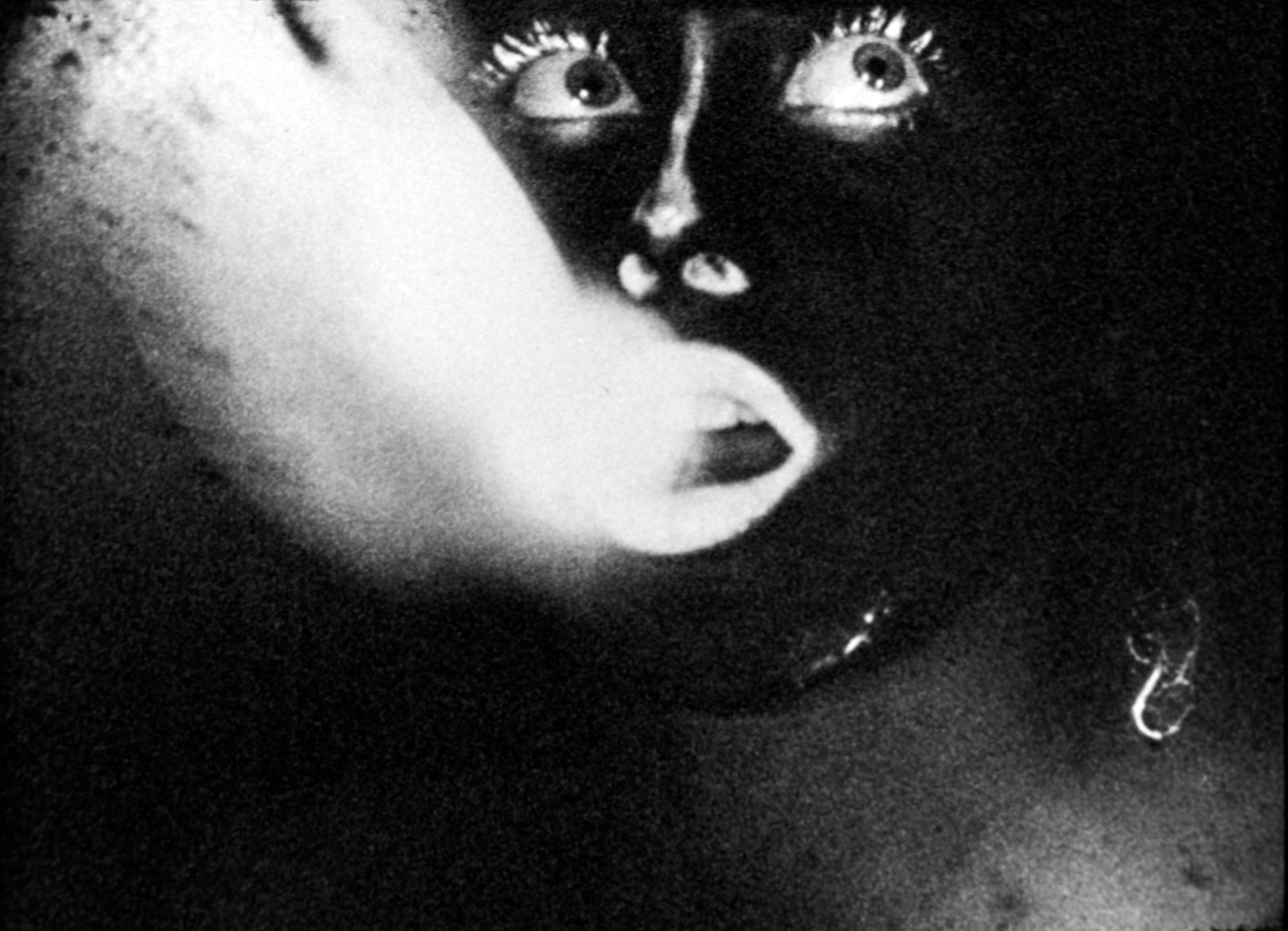 How has film culture in general changed over time, and how has this publication contributed to these changes?
Film Culture magazine didn't only pick up on new trends in filmmaking (for instance, the intermediary uses of film within various arts scenes in the 1960s), but it also fostered them. There is a great issue of Film Culture dedicated to Expanded Arts that was designed by the founder of Fluxus, George Maciunas, in 1966. It includes a who's who of the important figures in performance, happening, computer art, filmmaking, Fluxus, etc. at the time. Alive to new and innovative uses of film, the magazine kept in dialogue with the culture around it, documenting and inspiring it at the same time.
What trends do you notice in current film? What does the future hold for avant-garde cinema?
One current trend in the world of avant-garde cinema that excites me is the development of independent analogue film labs and collectives over the past decade or so. There are such labs in Athens, Berlin, Paris, Cairo and many other places and they attest a new found enthusiasm for the specific craft of analogue film production and film developing. They also typically foster collective work. In a contemporary world where individualism and careerism reign supreme, it's great to see some younger artists resist such neoliberal temptations and join forces with others to create alternative film scenes. 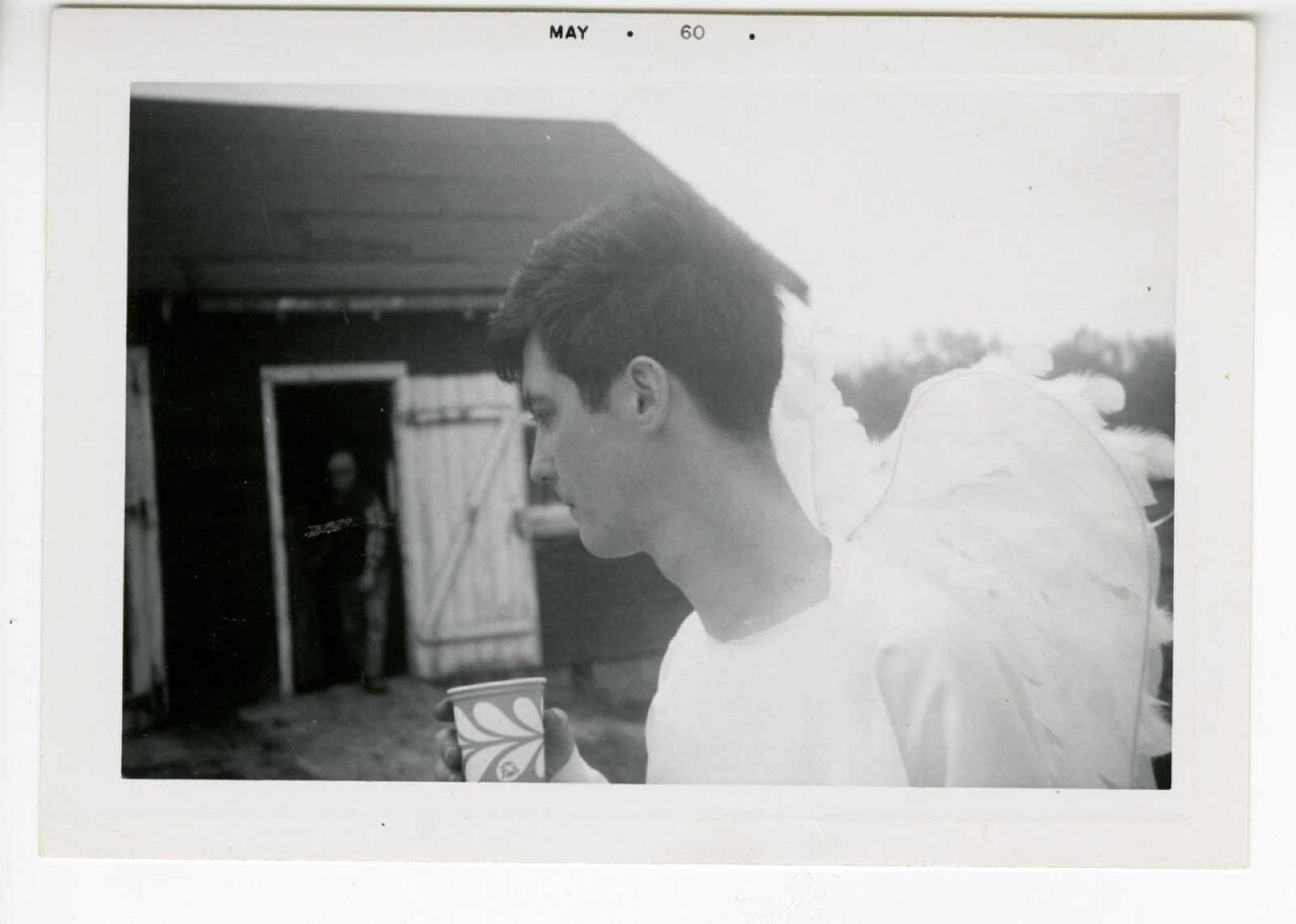 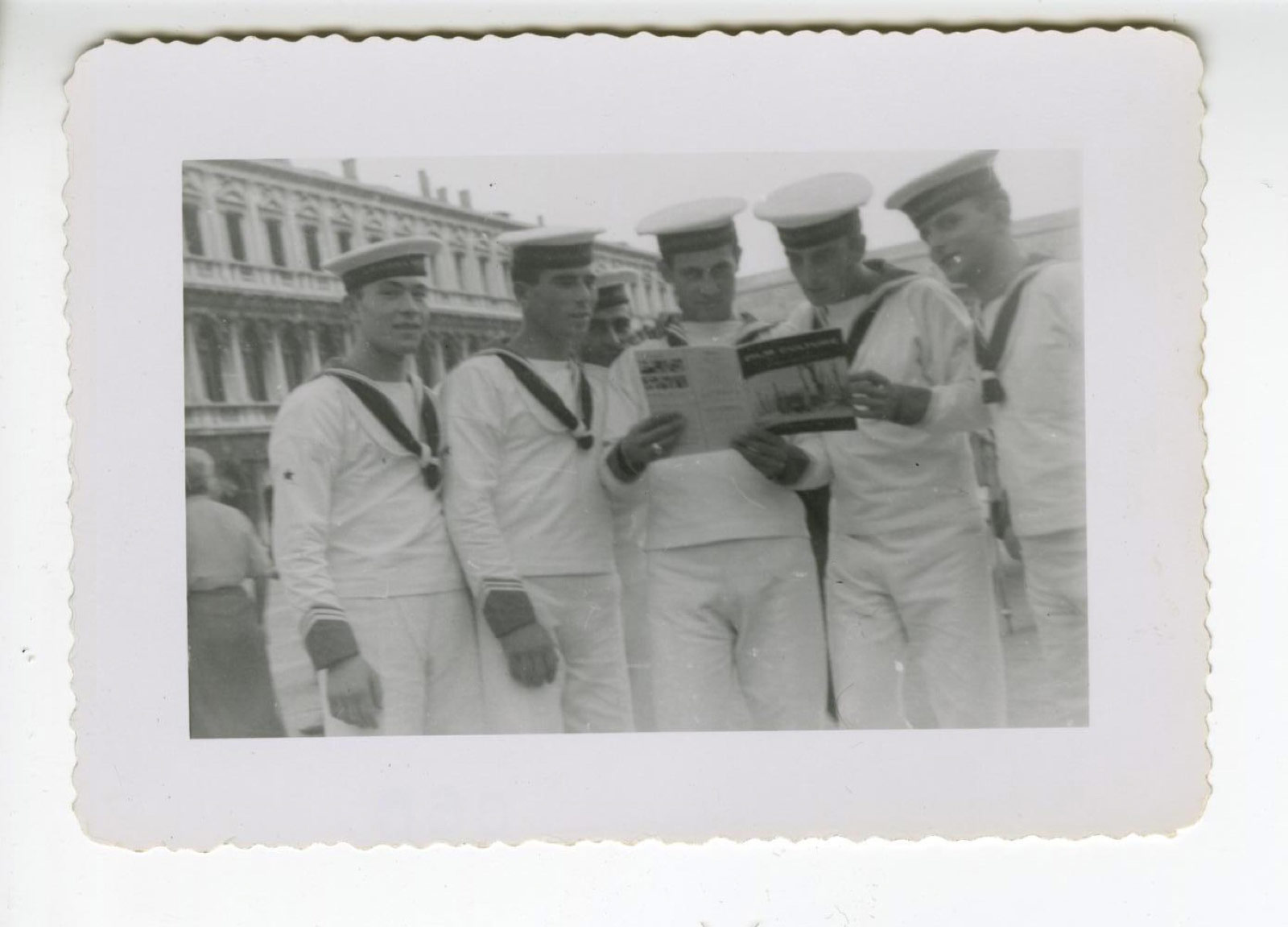 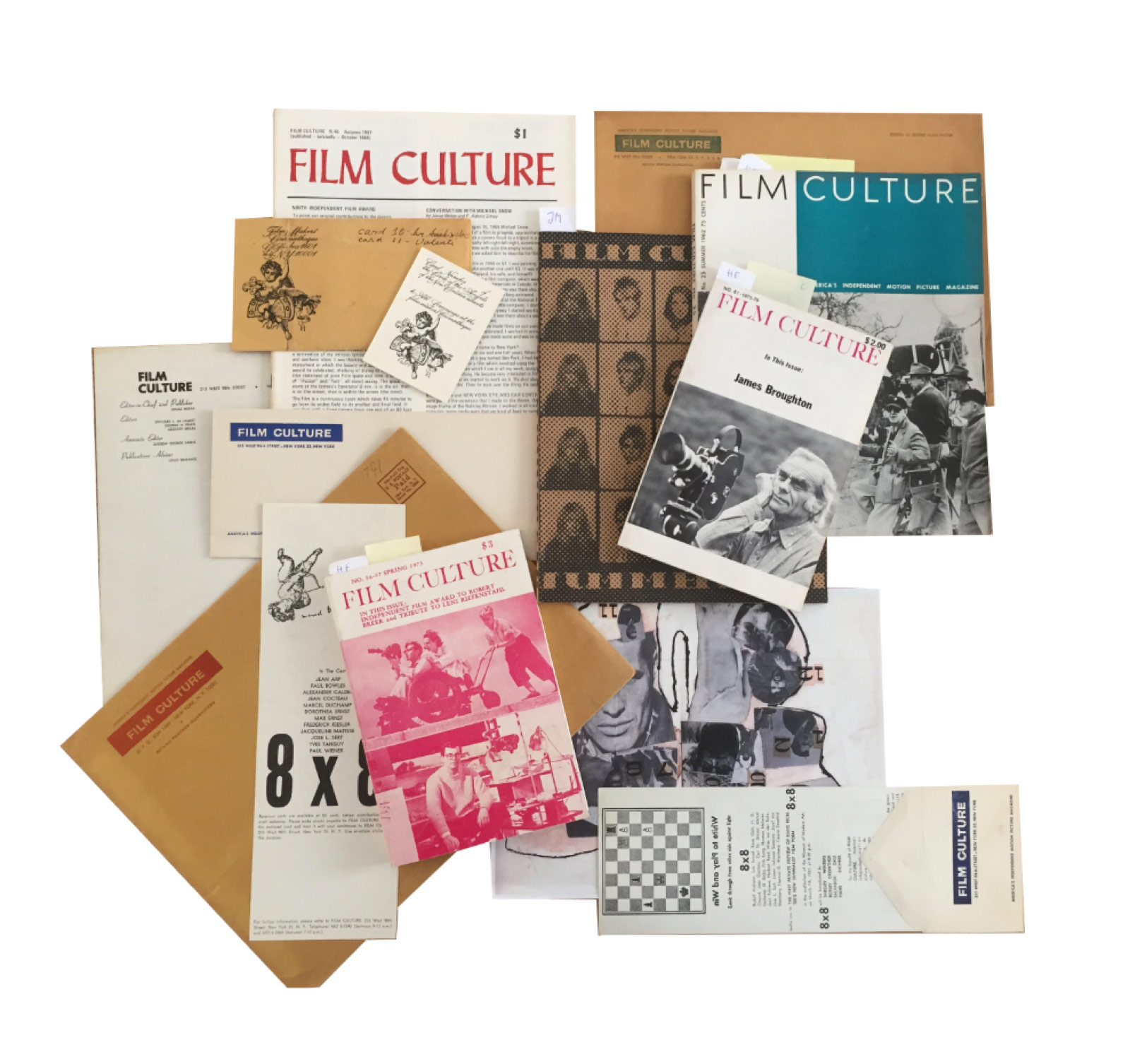