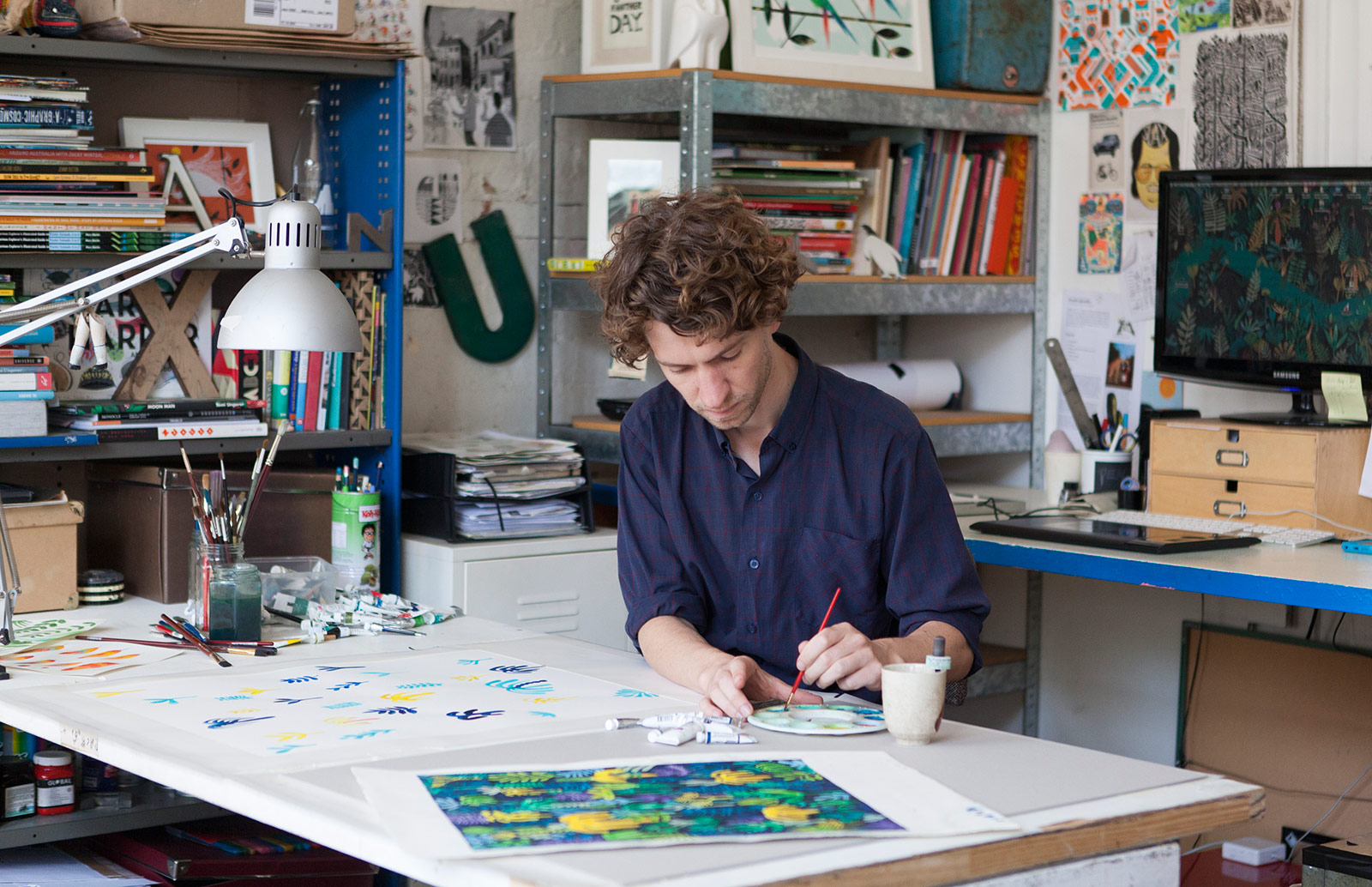 He went down to the illustration river, and into that river he dived in to spread color and joy. Painting exotic nature with a nethermost detail, Marc Martin will encourage your imagination to the extreme. Fauna and flora are the closest friends on the planet for this Melbourne based illustrator, bringing his style to one unparalleled state where he is just as sincere as a six-year-old child. Now he is finishing a new book and he is preparing to reach the American audience. We have spoken to him about his daily routine projects, his habits and his ambitions. Grab your canoe and come to discover the pages that you will surely wish to live in.

Do you remember the day that you stopped wanting to be a graphic designer to become an illustrator?

The biggest turning point in my illustration career was having to dissolve a graphic design business-partnership because of my illustration work. A friend and I had built up a successful design studio over a couple of years, but I was finding that I was getting more and more illustration work outside of working hours, and that was making it difficult for me to have a balanced life. In the end I had to choose between design and illustration, but it was a pretty easy decision to make.

What comes first: the story or the illustration?

Most of my books tend to come from an idea spurred by an image I’ve created or imagined, and I’ll build the narrative around that. I’m a very visual person, so writing isn’t my strong point, which I think is why a lot of my illustrations tend to be so busy and detailed – I like the idea of people getting so lost in the imagery that they barely notice the words!

What can you tell us about the next book that you are working on?

It’s still a work in progress, but basically it’s a book about multiplicity and place. It’s about the many things you see and notice when you go somewhere. It’s a travel diary, sketchbook and map all rolled into one. There’ll be quirky observations, facts and tidbits about different locations around the world. I can’t really tell you any more than that right now! 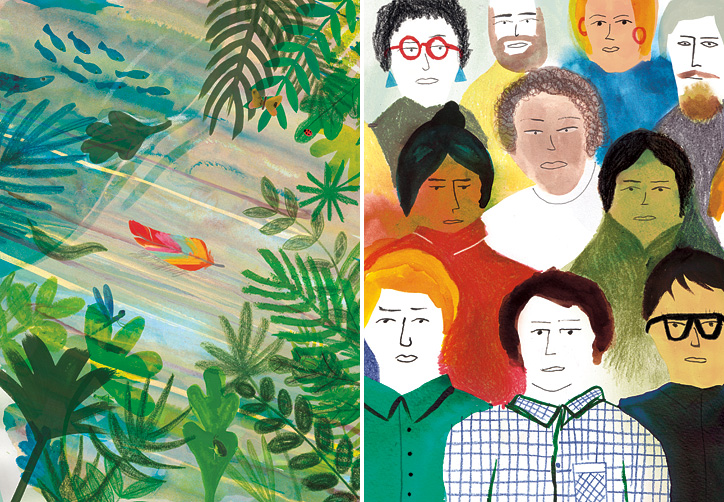 If you could live in a page of one of your books, what would it be? And why?

Hmm, it’d probably be the underwater scene in A River. I love the ocean and all the amazing colours of coral and tropical fish.

Would you be able to describe your own technique?

My techniques have changed over the years. I started using a combination of masked textures and vector illustrations, but now I’ll do most things by hand and only do any final adjusting on the computer if I need to. I use a combination of watercolour paint, gouache, ink and pencil.

And as a left-handed artist, what materials do you consider a nightmare to work with? Do you avoid them?

No, there are no materials I avoid. As a left-hander, you learn to adapt over many years. Working with watercolour and ink can sometimes be frustrating as I’ll accidentally smudge them every now and then, but that’s when a hair dryer comes in handy – great for quick drying!

Can you describe your studio? Do you usually work inside these walls? Or does any other place work for you?

I work in a shared studio with about twelve other people. It’s a creative mix of photographers, artists, writers and designers. I have one small desk for working on my computer, and a larger desk for drawing and painting. Some days, the studio can be really busy with lots of people, but other days they can only be a few people in. I’m there pretty much every day Monday to Friday, and weekends I try not to work. If I really need some creative inspiration and a break from the city, I occasionally go down to the coast and work from the family beach shack. 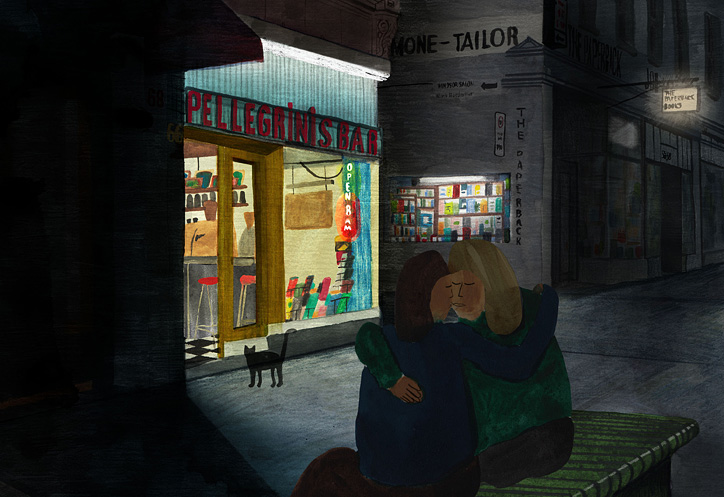 Do you imagine yourself living in other cities besides Melbourne? What about outside Australia?

Not really. Melbourne is such an easy city to live in, so there’s not too many other places I’d like to be. I’ve travelled all around the world, and probably the only other city I could imagine living in was Lisbon. I loved the energy and culture of Lisbon, it’s very relaxed, but there’s also lots of interesting art, culture and nightlife happening there at the same time.

When do you really know that you have finished an illustration?

Sometimes I don’t know, but generally I find that I’ve finished an illustration when I’m happy with it. I’m my own worst critic, so if I’m not happy with the illustration, then I know it’s not finished.

And after finishing it, how do you come up with the price tag? Is it a hard decision to make?

Yes, it’s a very hard decision. I try to make the prices low enough so that most people will be able to afford something from my website, without undervaluing the work that I do. It takes many, many hours to complete and illustration, so I have to make sure I get paid for the work that I do.

Do you believe Instagram is important nowadays for a freelancer illustrator like yourself? What kind of feedback do you get from your followers?

Social media is very important. It’s a great way to connect with like-minded people, fellow artists and people that will buy and commission your work. Currently most of my work comes from Instagram, so it’s become part of my daily routine to share my working process and let people know what I’m up to. People will only see your work if you put it out there, so it’s important to be visible on social media.

What do you expect in 2016? What would you like to achieve in the coming year?

As I mentioned previously, I’m working on a new book, which will be published in late 2016. My other book A River will be published by Chronicle in the US on the 1st of January, so that’s a big milestone, as it’s the first book I’ve had published in America. I’m also planning on having an exhibition of new drawings and paintings in the middle of the year, and if I have the time I’d love to self-publish a small artist book.

How would you like your work to be remembered? 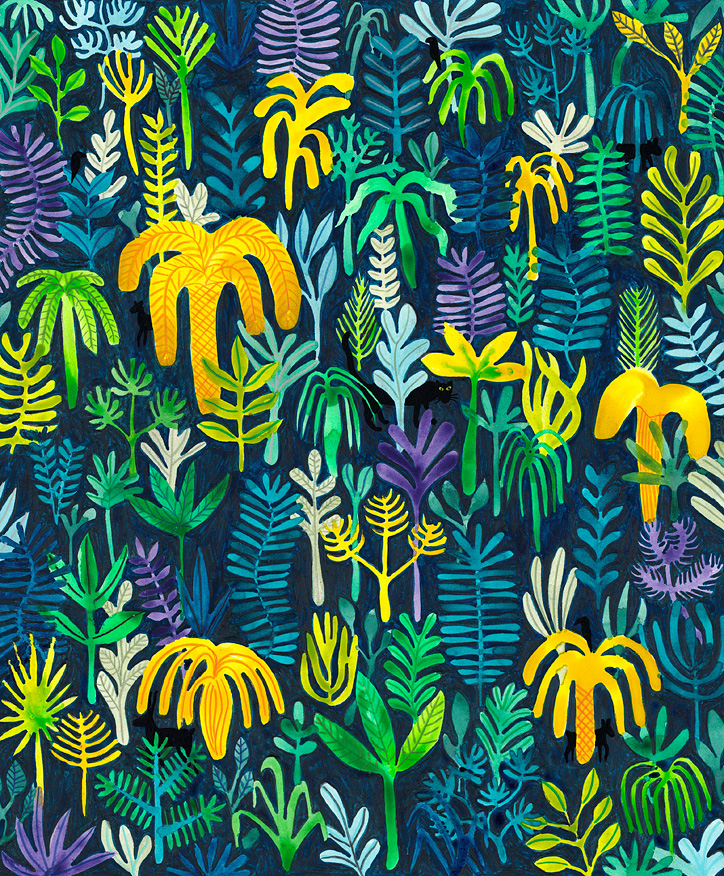 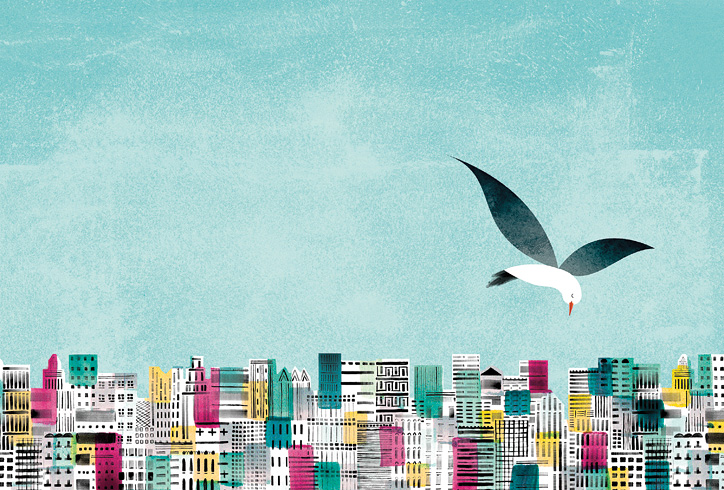 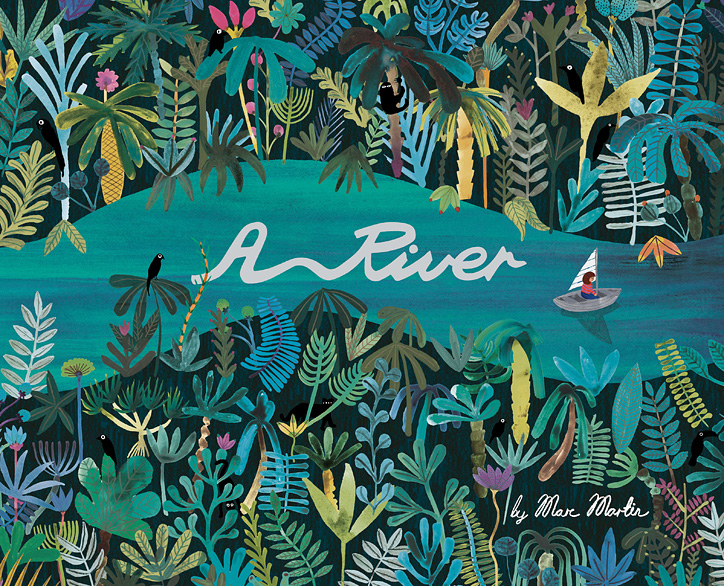