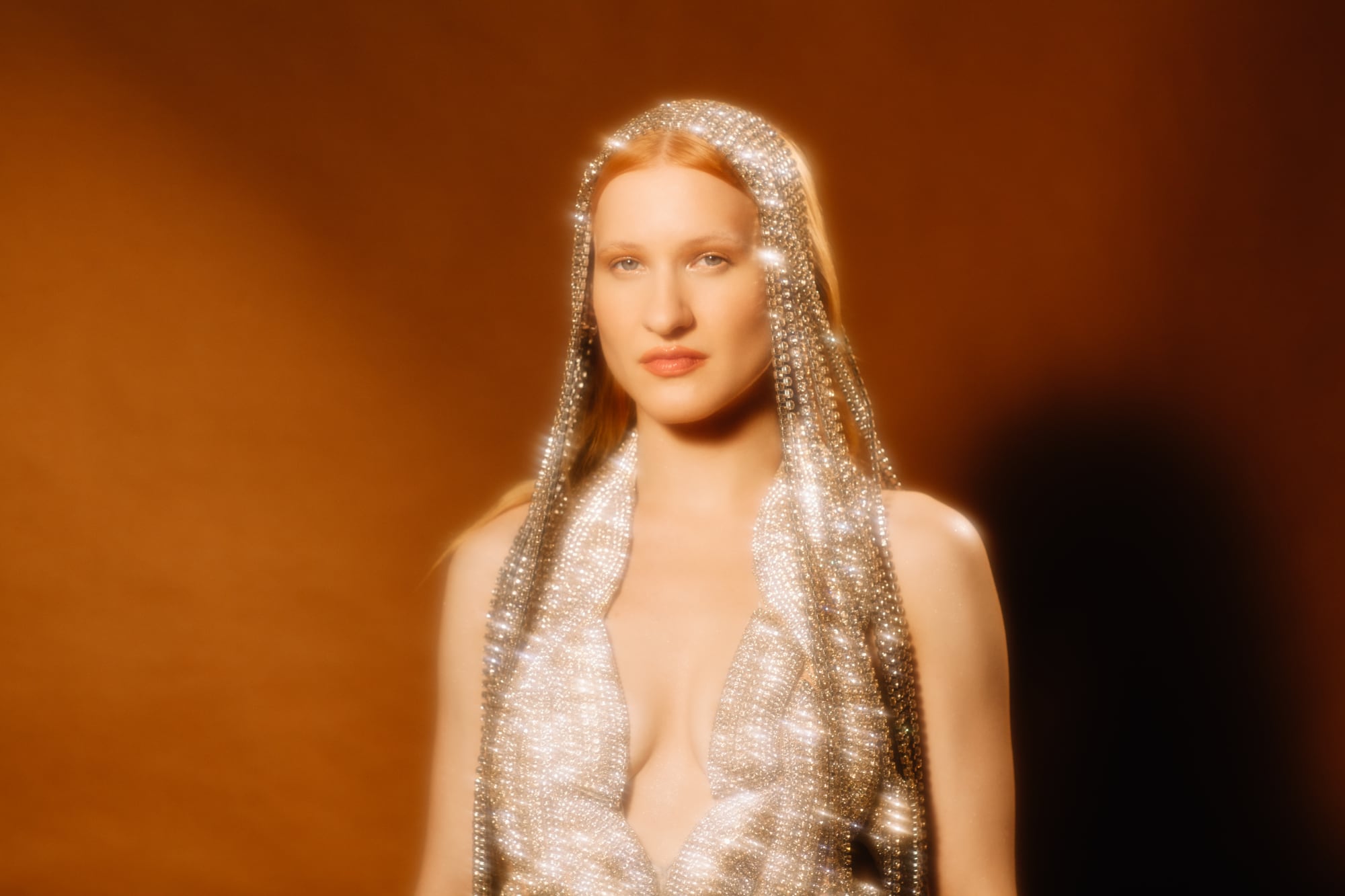 Berlin-based artist Magic Island’s new album So Wrong understands and experiments with sounds and genres to create a body of work that insists on being free to wander through the complexities of music, inner thought, balance and peace. Described as ‘honest pop’, Magic Island’s music is interested in spaces where we explore our deepest desires, fears and spontaneous energies with the voice as the primary instrument.
Could you tell us about your early life in relation to music and how it shaped you growing up?
My parents were always musical but not professionally. They started me and brothers into classical piano, guitar, singing lessons from a young age. I was particularly fond of musical theatre, I liked the idea of immersing yourself into a complete fantasy world. My dad had a vast record collection with lots of soul and Motown. It introduced me to albums of Aretha Franklin, Minnie Ripperton, Dusty Springfield, etc. with powerful female vocals. I realised the voice was such a powerful channel and wanted to become a singer. At 13 years old I heard the rap album Purple Haze by Camron and realised they used a lot of these OG singers for the sped up sample in the hook, connecting the two worlds so seamlessly.
‘Magic Island’ is such an intriguing stage name, it implies the listener will be entering this exciting new world of music, how did you come up with it and why?
I think that is the general mood with the project – it’s supposed to be a space where you are taken away into another space, deep into your emotional truths, desires and fears.
Tell us about the making of your new album So Wrong and what type of music you wanted to make for this project?
The album is really genre-less as I find always difficult to pinpoint in my music.

The sounds are a mix of R&B, electronic, dance, pop influences, with your own unique twist – what kind of artists were you inspired by for the mix of sounds on the album?
The inspiration for the album was very eclectic. I worked on So Wrong with my good friend and producer Phong. We came together over a very similar taste in music. We would share certain tracks and discuss one single element in the song that we liked or wanted to reinterpret, or sometimes were just inspired from a general mood. I think it’s funny how certain songs at the time really inspired us but in the end the reference is almost unnoticeable. Examples of this - LOVEYOURSELF by William Crooks, I Won’t Sell My Soul by Zheani, Niemand by Schmyt.
I love the continuing lyrical themes on the album too, this idea of asserting that you are not ashamed and telling a story as truthfully as possible, it’s beautiful and honest song writing and exudes a confidence that I think is really inspiring. Could you tell us about how you approach storytelling in your music?
Someone once titled my music as ‘honest pop’ and I found this comfortingly accurate. Lyrics are always relatively simple, with some accentuations of more text based true thoughts, i.e. … ‘shit I cannot pay this ride / I am too fucked to drive’. I often don’t spend too much time ‘writing’ lyrics and usually start kind of freestyling vocals and then fine tune to the theme or point I’m trying to reach. But I think the process is very organic because its therapy to me, and I’ve noticed this is what people connect to the most so that really fulfils me holy moly!

There is also a sense of balance, or at least the desire for balance in your music – for example in the song Give N Take the lyrics “I’ve been giving too much without taking” strike me as desiring the same from others as you give out, protecting ourselves in our lives by knowing what we deserve, could you talk about balance, and restoring an order plays in the lyrics on these songs?
This struggle of balance is something a lot of people genuinely struggle with. It was brought to attention by my therapist in the concept of ‘boundaries’ - not only in romantic relationships but any interaction, this giving and taking. The strongest people I know have accomplished setting their boundaries with the people around them, I think this is such an underrated element of self-development – finding a balance is truly the equilibrium and can give you peace, energy and the actual ability to GIVE to the fullest – in healthy, honest doses. I have a small collection of miniature swords that I was always giving to my best friends for their birthdays, and then the collection dwindled down to the last sword. People kept coming into my life that I thought really deserved this last sword, but it was very important to me that I kept it for myself, kind of like the last little bit of energy I have. I had to keep it or I would turn into dust. I still have it and this whole concept means a lot to me.
The vocals are coming through so beautifully on all of these tracks, and it’s clear that the voice and the message of a song is important to you. So we end up with these catchy melodies and beats, but lyrics that we can really think deeply about. Which element of the creation process comes first usually?
When I worked on this album with Phong we (or he) usually produced beats and melodies first, so the instrumental songwriting, but sometimes the lyrical melodies were really certain and powerful and decided the future of the track and its arrangement. On Jeopardize, one of my favourites from the album, he showed me one little sample loop he was considering and I know right away what I wanted to sing. I hadn’t slept the whole night before and wasn’t really in the mood for a complicated session, but when I heard that small loop I was like an addict and had to get it out immediately. I went into the vocal booth and laid down those vocals without writing absolutely anything, all in one take. It’s the recording on the final version, this first, one take, that we used.
Your two most recent singles So Wrong and Closer are not only brilliant and atmospheric tracks, but they have music videos that capture all of that and more. They both have some subtitles as though we are watching a film integrated into the music, what was the story behind these videos?
Yes that was a really cool coincidence that both Directors wanted to include subtitles into their videos, as both directors were interested in portraying a cinematic level to the videos. For So Wrong, it’s a story about a personal heartbreak from an ex-boyfriend. I really like how Fares Hamade and Sebastian Lyman created a film-esque narration using these. In Closer, directed by Inez MK, we had a similar ideology, that people would use the space of the dark room at a club to divulge their emotional truths and secrets.

I love the references you make to music from the past on this album, the Intro track calling on Blondie’s Rapture and finishing with a cover of Dolly Parton’s song Gonna Hurry. What attracted you to these artists and songs for the album?
I feel very connected with Dolly even though I don’t like country music very much. But I can appreciate certain tropes and there is no way possible to disregard her high level of songwriting, incredibly unique voice, poetry, and the power of her femininity. Gonna Hurry was actually never even properly released, it’s a demo. And the poetry and truth in this song just kills me!
So Wrong is such an accomplishment, and it must be a satisfying feeling when you complete a large scale project like this, what do you want to do next?
Thank you so much! Funny because Phong says it really feels like the first stage of our collaboration together. So I think that’s the next plan – we wanted to take on the challenge of writing a few really mainstream pop songs so let’s see how that goes. And keep just trying to survive in these difficult and confusing times.