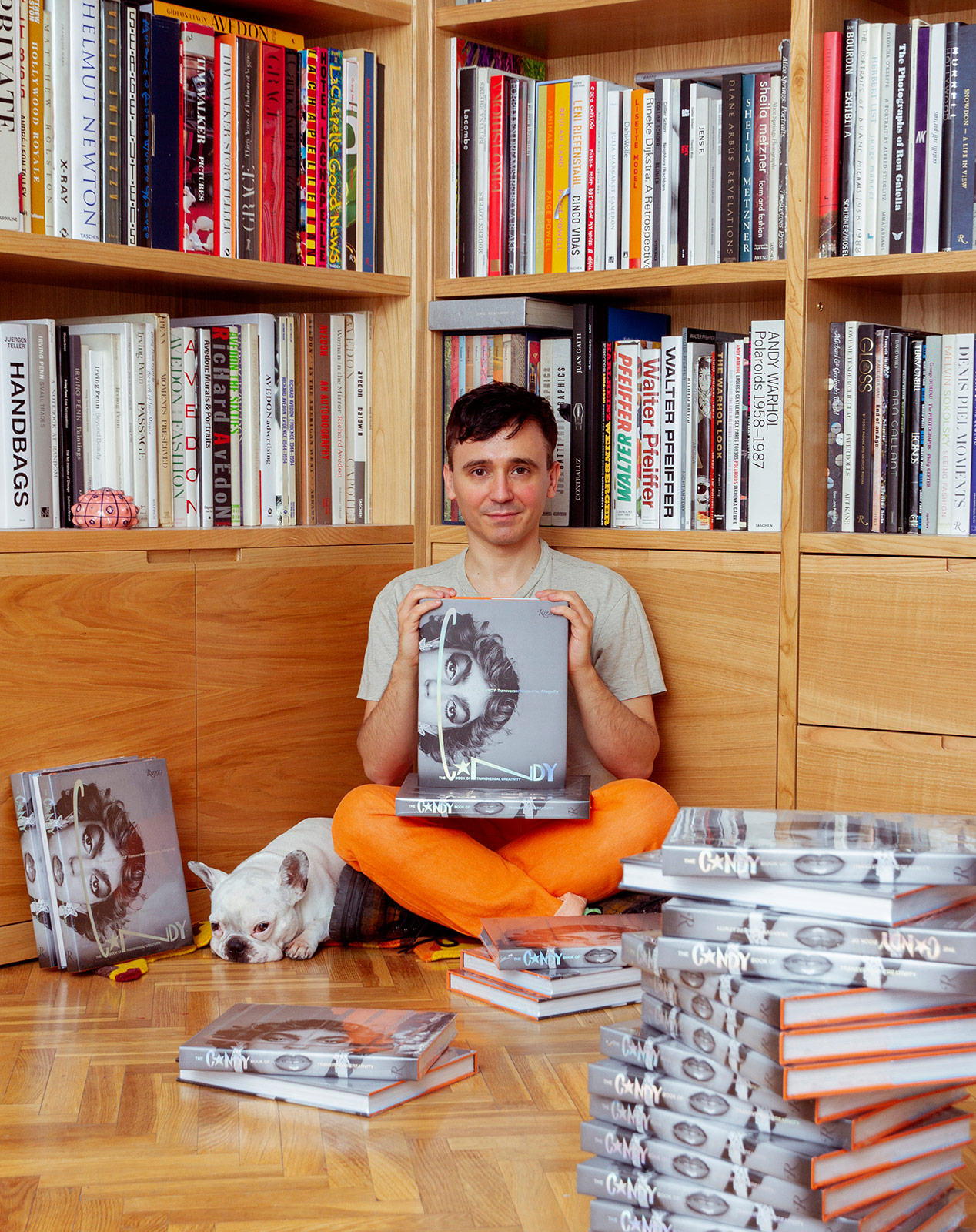 Did Luis Venegas know that the alternative idea of beauty his magazine C☆NDY was proposing would turn the ideals in the publishing industry upside down? “Guess what? Yes, I knew,” the publisher says. “There’s a before and after C☆NDY in the publishing world.” A Madrid-based creative director, editor and independent publishing powerhouse whose varied titles include Fanzine 137, unapologetically sexy EY!, The Printed Dog and the transgressive and highly collectable C☆NDY is now celebrating the transversal community in a new book, The C☆NDY Book of Transversal Creativity: The Best of Candy Magazine, Allegedly.
Venegas started C☆NDY in 2009 to celebrate “fashion, style and fabulosity of transversal manifestations,” feeling indebted to the community whose style and unapologetic attitude has often been shamelessly imitated by mainstream publications without any acknowledgement. “It was about time to contribute to paying back that debt,” Venegas says.

The high-end glossy has since amassed a cult following and has encouraged radical inclusion in other print publications. But despite C☆NDY’s momentous influence, Venegas chooses to stick to the limited distribution of only 1,500 copies of his title. “Being that rare makes it more precious and desirable, so it’s exciting to find an issue, buy it and treasure it forever,” the publisher affirms. “Or to sell it five times its original price on eBay.” Published by Rizzoli, The C☆NDY Book of Transversal Creativity amalgamates the best of C☆NDY’s twelve issues, bringing the trans-embracing and ever-evolving spirit of the magazine to wider audiences by broadening its limited-edition ethos.

Venegas’ collaborators and contributors include Nick Knight, Nan Goldin, Wolfgang Tillmans and Jean-Paul Goude, to name but a few. But, “at my office in Madrid, my team consists of my iPhone, my two computers and I,” Venegas says. Behind the one-man editorial empire that he has established is a man who truly believes in the power of magazines to “inform, inspire and entertain.” As Jefferson Hack, editorial director and co-founder of Dazed Media writes in The C☆NDY Book of Transversal Creativity: “It’s Luis’s true love of magazine-making that makes C☆NDY so sweet.” 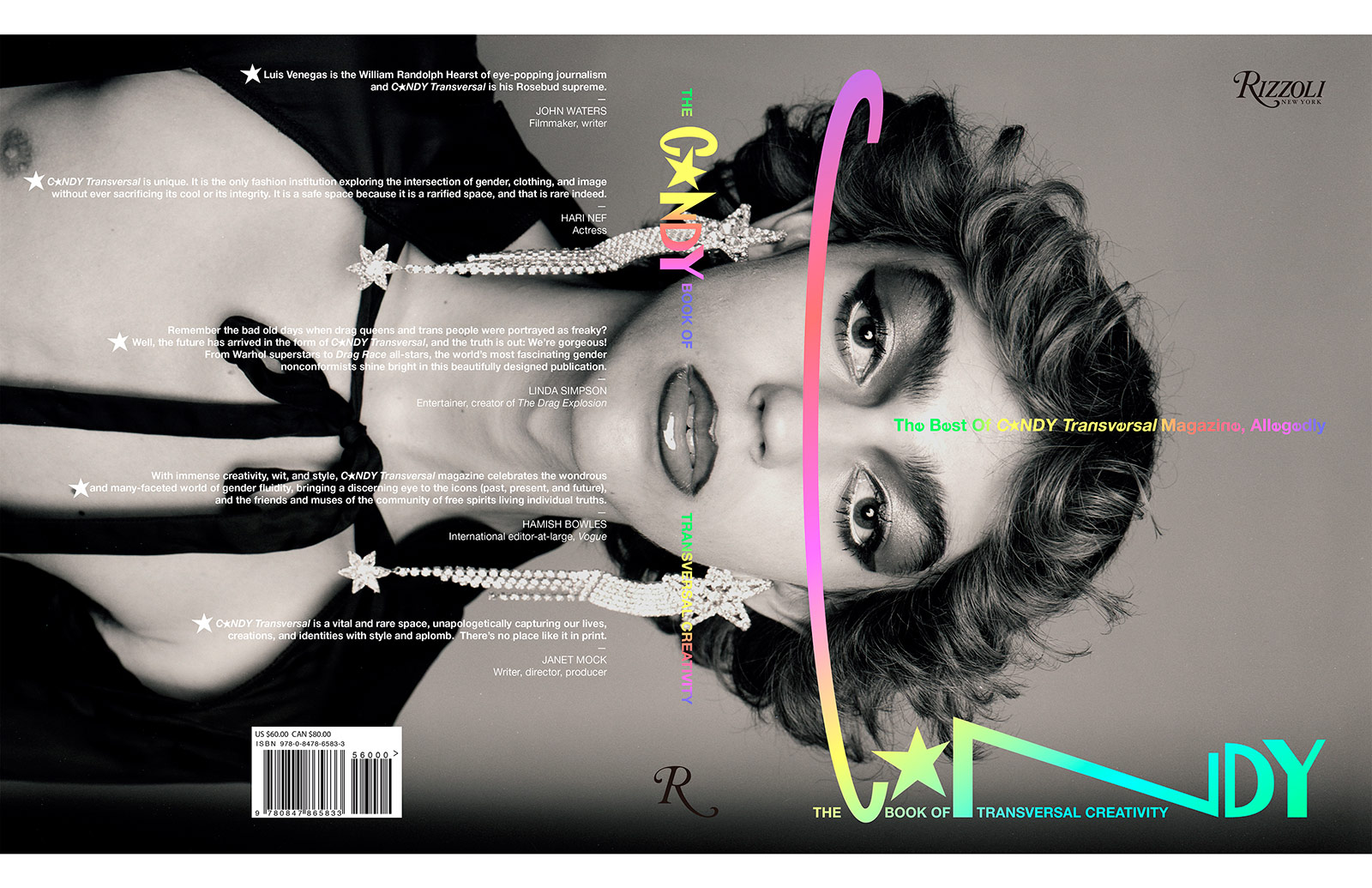 Could you tell us a bit about how you went from being a comic book-obsessed, magazine collector to a publisher of major niche titles?
It just happened naturally. One day a friend of mine told me I was like a fashion magazine encyclopaedia, I just had all that data ‘stored’ in my head. I had never before realised that was something special, that not so many people had… so I started to feel like I should be doing something about it, putting all that to some kind of profitable use. And a little bit later, in 2004, I published my first issue of Fanzine137.
There is a brilliant quote from Christian Lacroix in The C☆NDY Book of Transversal Creativity comparing the idea of C☆NDY to Columbus’ egg. Why do you think no one had thought of creating the glossy about transversal community earlier?
I have no idea. A lack of imagination and guts, maybe? Anyway, anybody could have done it… but I’m the one who did it.
Amos Mac recalls that when he heard about C☆NDY back in 2009, he wondered “why a cisgender gentleman in Spain was making a magazine celebrating transness.” Why did you make a magazine celebrating transness?
When I started my magazine C☆NDY, I wanted to celebrate the style, the fashion, the creativity and the fabulousness of what I call the transversal people. By transversal I mean trans, gender non-conforming, non-binary and androgynous people, and also transvestites, male and female impersonators and drag queens. All of these are very different, but there’s a common thread: people who basically break the outdated rules of gender. I felt like transversal people had been giving a lot of inspiration to the fashion and style world and it was about time to contribute to paying back that debt.
Did you know at the time that the alternate idea of beauty C☆NDY was suggesting would transcend its niche and become a cultural phenomenon that it is today?
Guess what? Yes, I knew. I was very confident about that idea. I think C☆NDY definitely has contributed to bringing visibility and some more knowledge about all kinds of transversal manifestations. There’s a before and after C☆NDY in the publishing world regarding those matters.
You have made a point that your objective in creating C☆NDY was to celebrate rather than protest, but the mere existence of C☆NDY is in itself a protest against prevailing gender normativity. Do you think we will ever rich the point when the inclusion of the community C☆NDY forefronts will be normalised in mainstream publications?
Back in 2009 when I started, it no other fashion magazine was featuring transversal people in its pages… and now it’s almost a norm. That’s great! About time!
Apparently, copies of C☆NDY used to be stolen from the Central Saint Martins library and now the issues sit behind the locked glass cabinet. Why do you stick to a limited circulation of a magazine that has amassed such a cult following?
If it has amassed such a cult following – as you say, not me – in part probably is because it’s a limited-edition magazine. There aren’t lots of copies lying around newsstands, it’s only available in a few selected bookstores worldwide… and being that rare makes it more precious and desirable, so it’s exciting to find an issue, buy it and treasure it forever. Or to sell it five times its original price on eBay.
Over the past few years, many mainstream titles have folded their print issues but conversely, we have also experienced a resurgence of independent print publications. What do you think keeps indie magazines afloat in the age when we have a constant stream of information at our fingertips?
Indie magazines are more alive than ever before because we bring a much more creative, free and sharp approach to our content. In fact, recently I see how mainstream magazines are trying to adapt and take ideas from indie publications. Again, about time! That’s the clever move if they want to remain relevant.
You have mentioned in an interview that had the circumstances been different, you would have launched your magazines in a digital platform, yet your publications exist mainly in the physical realm, with no social media presence. Why is that?
I work in collaboration with a large number of creative contributors from around the world, but at my office in Madrid, my team consists of my iPhone, my two computers and I. So if I have to choose how to spend my working time between focusing on editing and publishing the physical publications or devoting time to social media, my choice is clear. At least for the moment. I could very easily change my mind about it in the next ten minutes, who knows?
The current health crisis has tested the limits of the creative industry. Museums and galleries have created virtual exhibitions; fashion schools are planning to showcase graduate collections virtually; entire magazine issues are being prepared remotely. What do you think will be the implications of the intensified virtualisation of culture?
We’ll adapt and we’ll keep on enjoying creativity, no matter how. After all, the many different channels are simply vessels to communicate among us, there’s a place for everybody.
In your own words, you have come “full circle” with the publication of The C☆NDY Book of Transversal Creativity. What will be next for the magazine?
Well, there’ll be a new issue someday soon, as usual. No more no less. 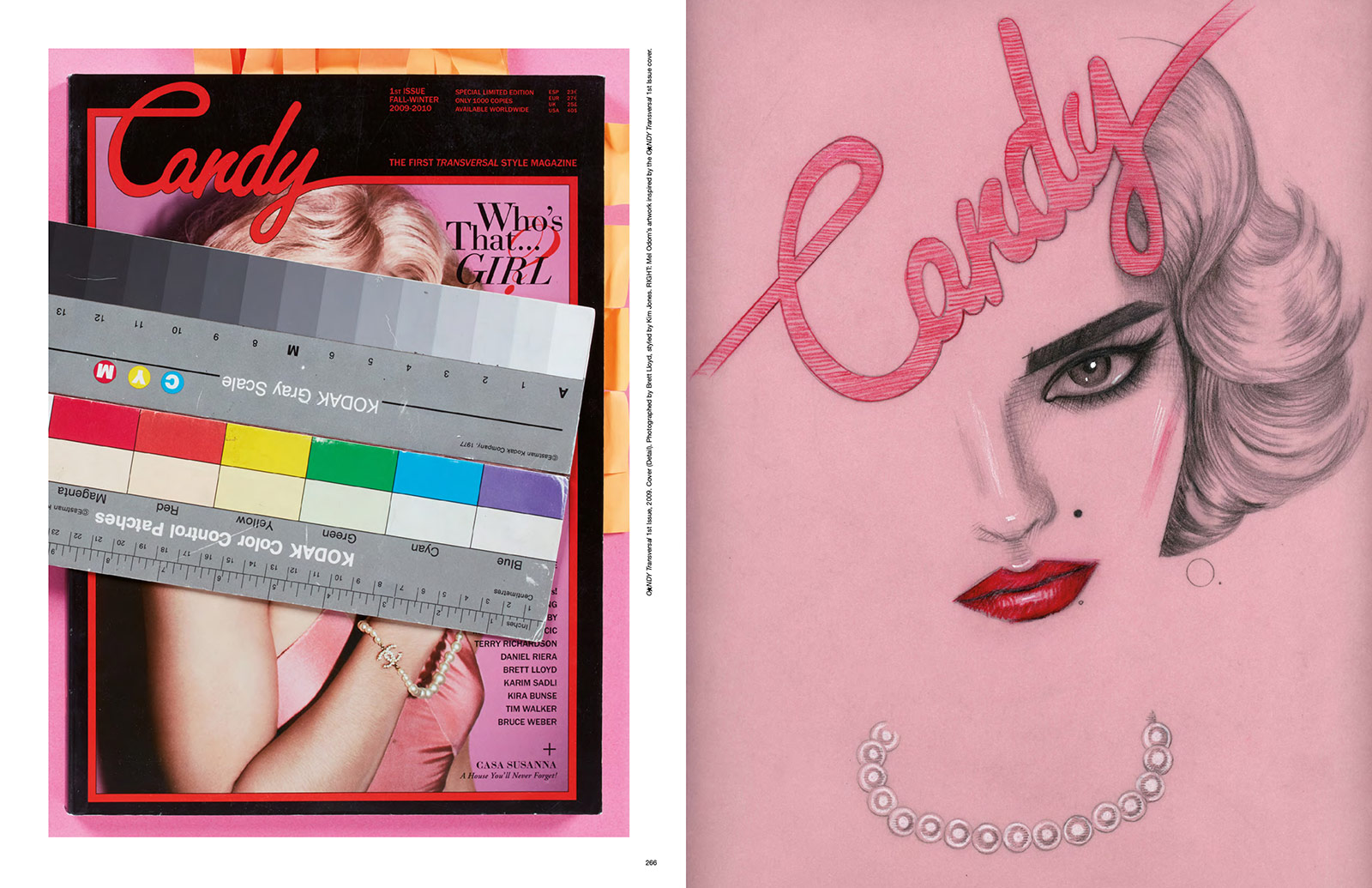 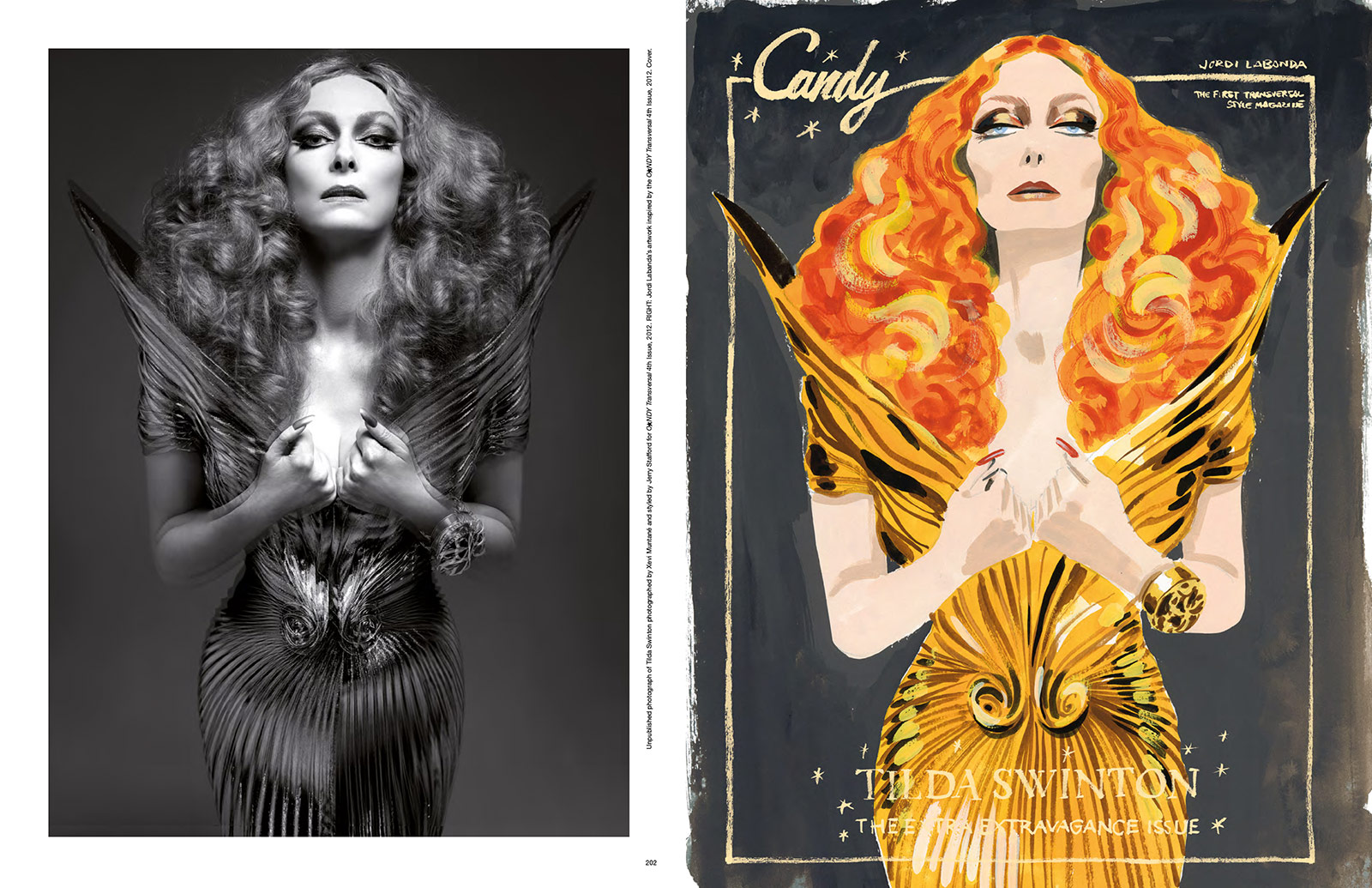 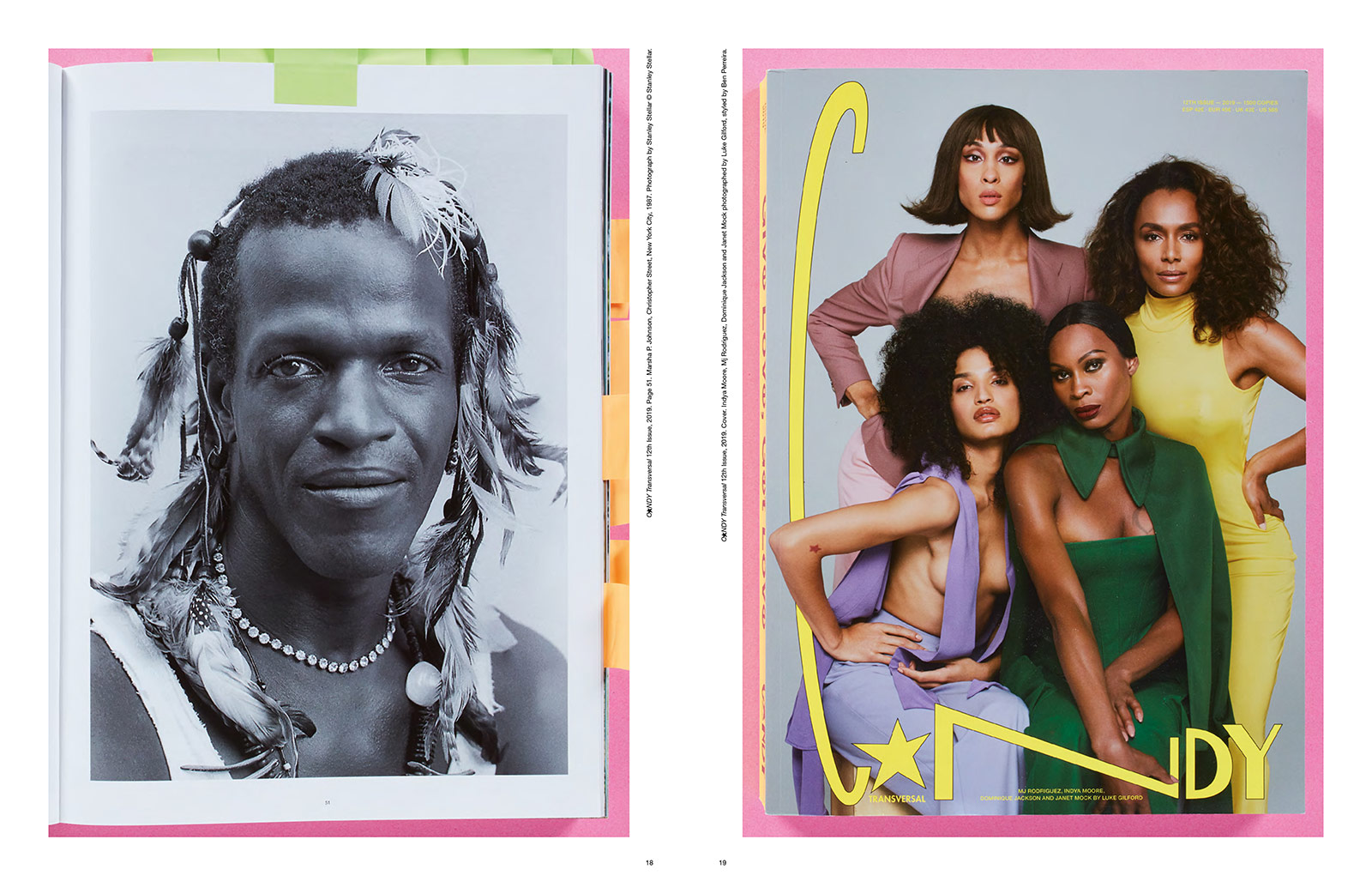 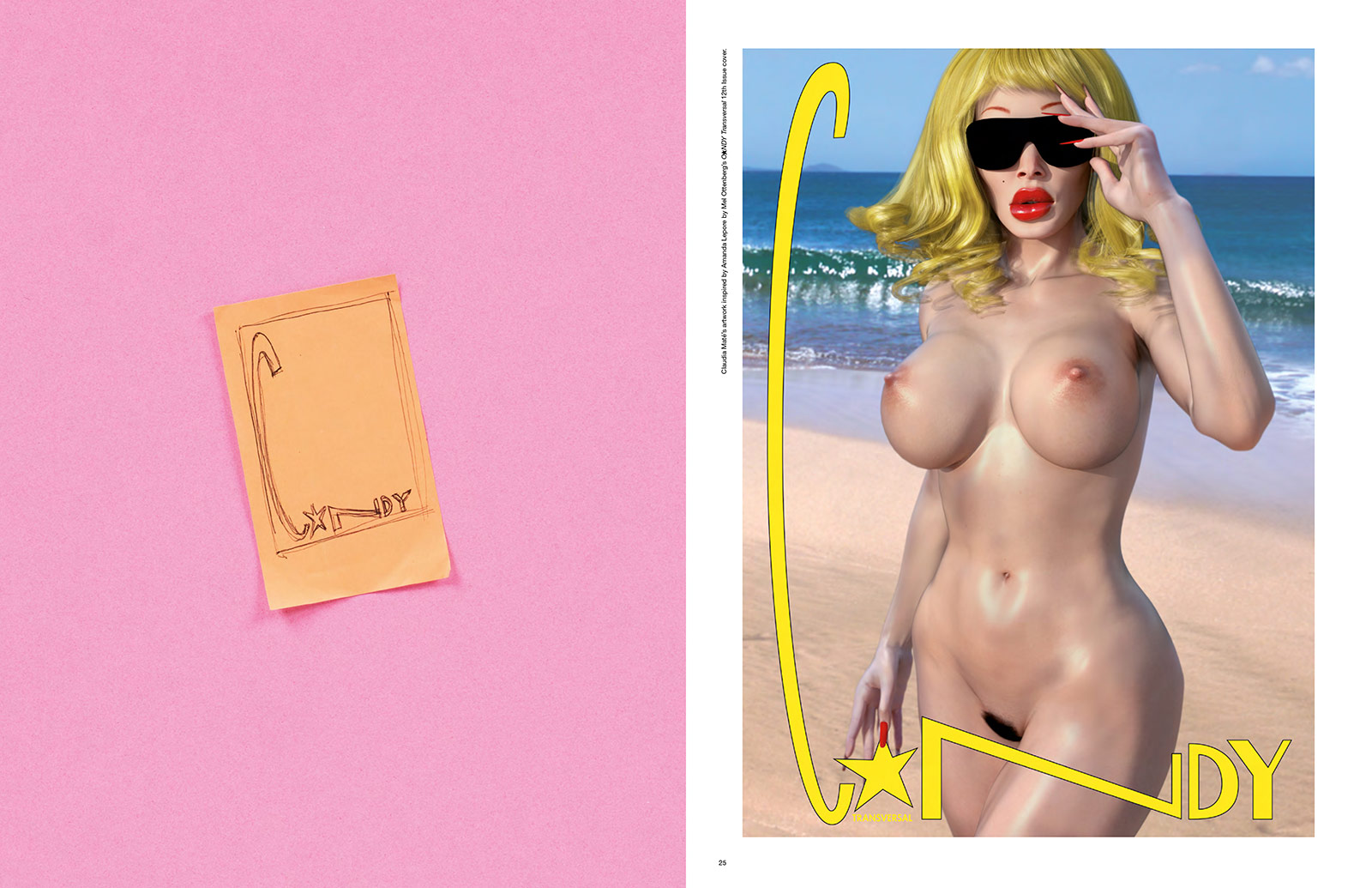 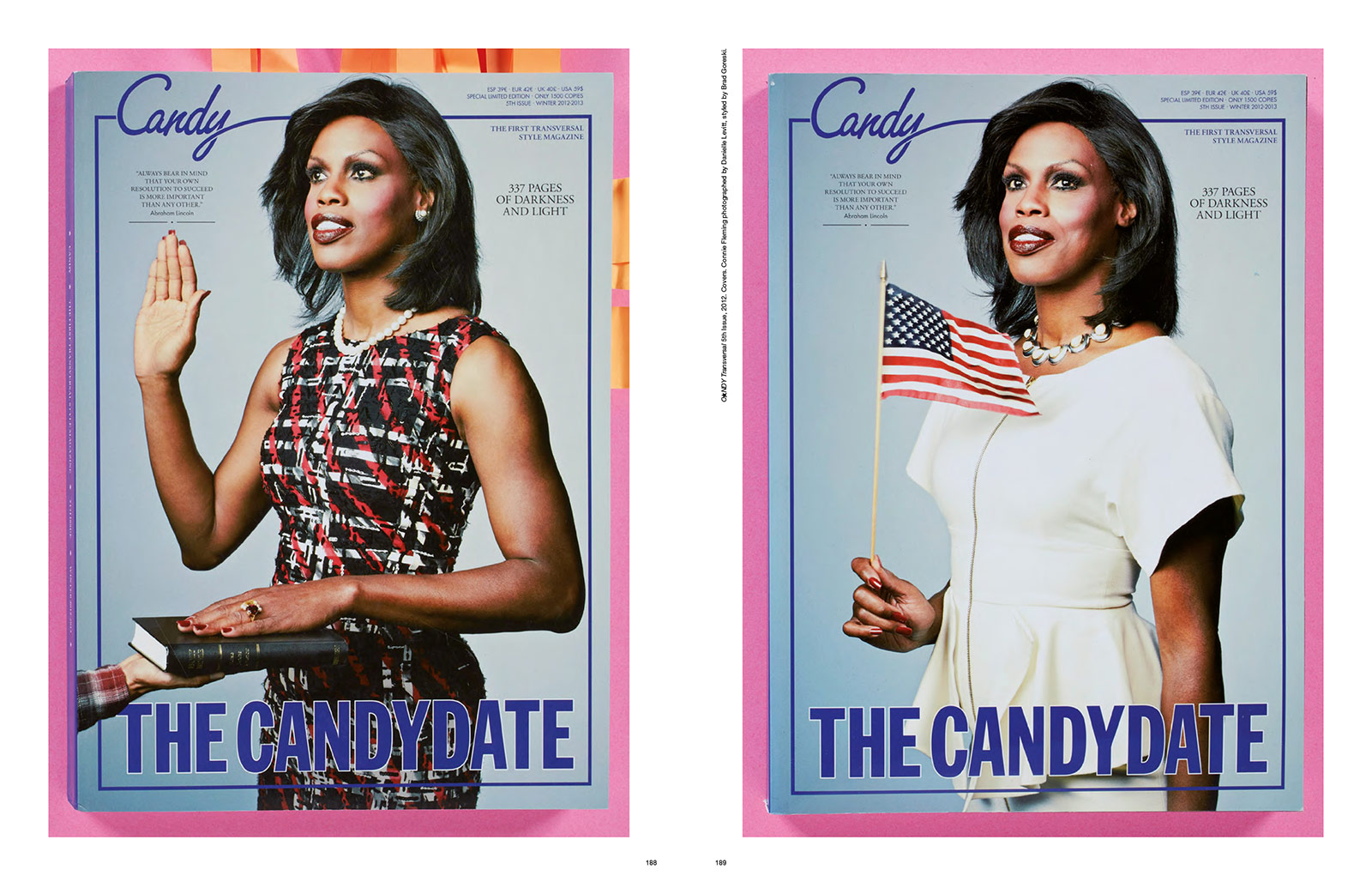 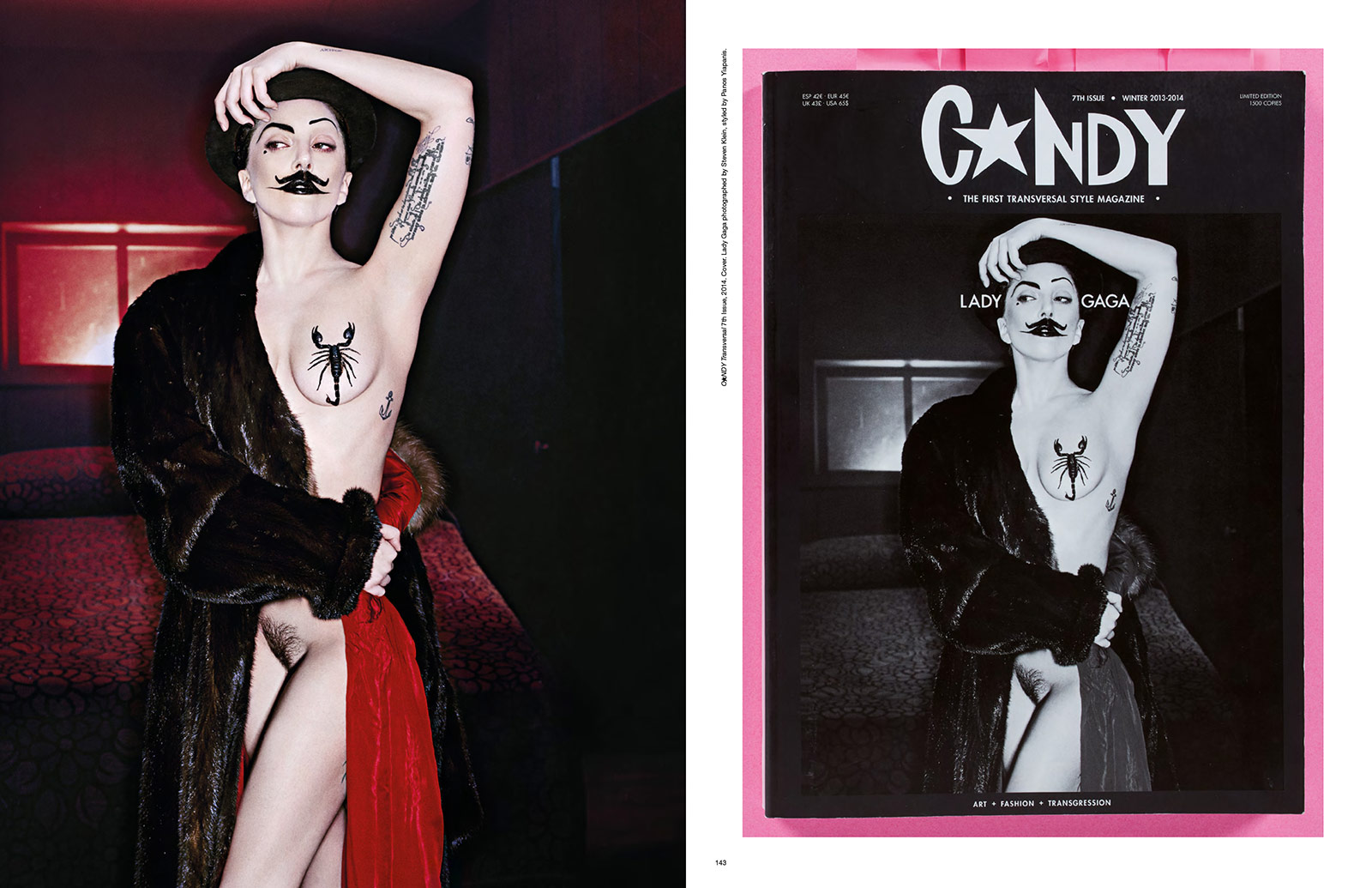 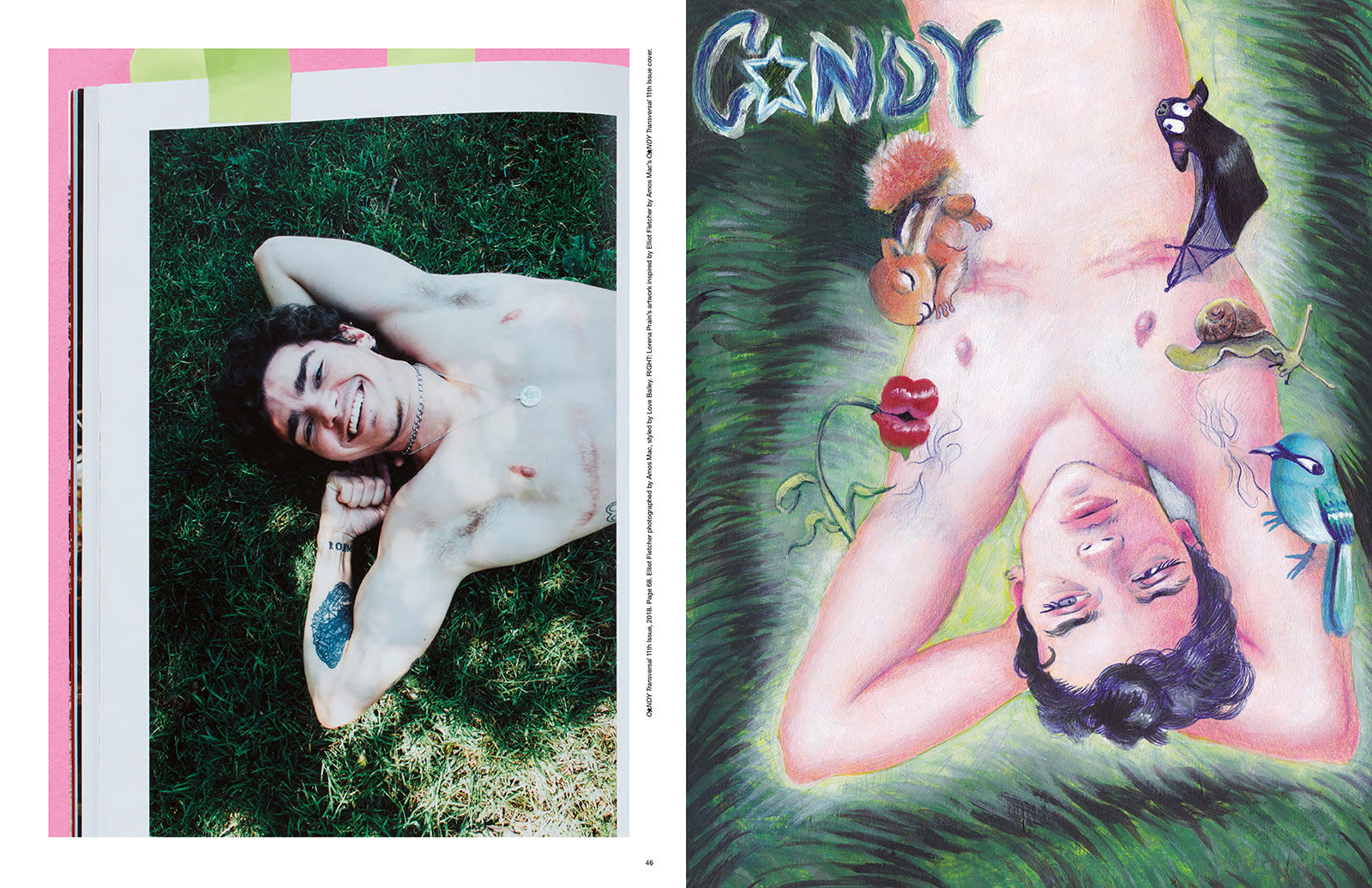 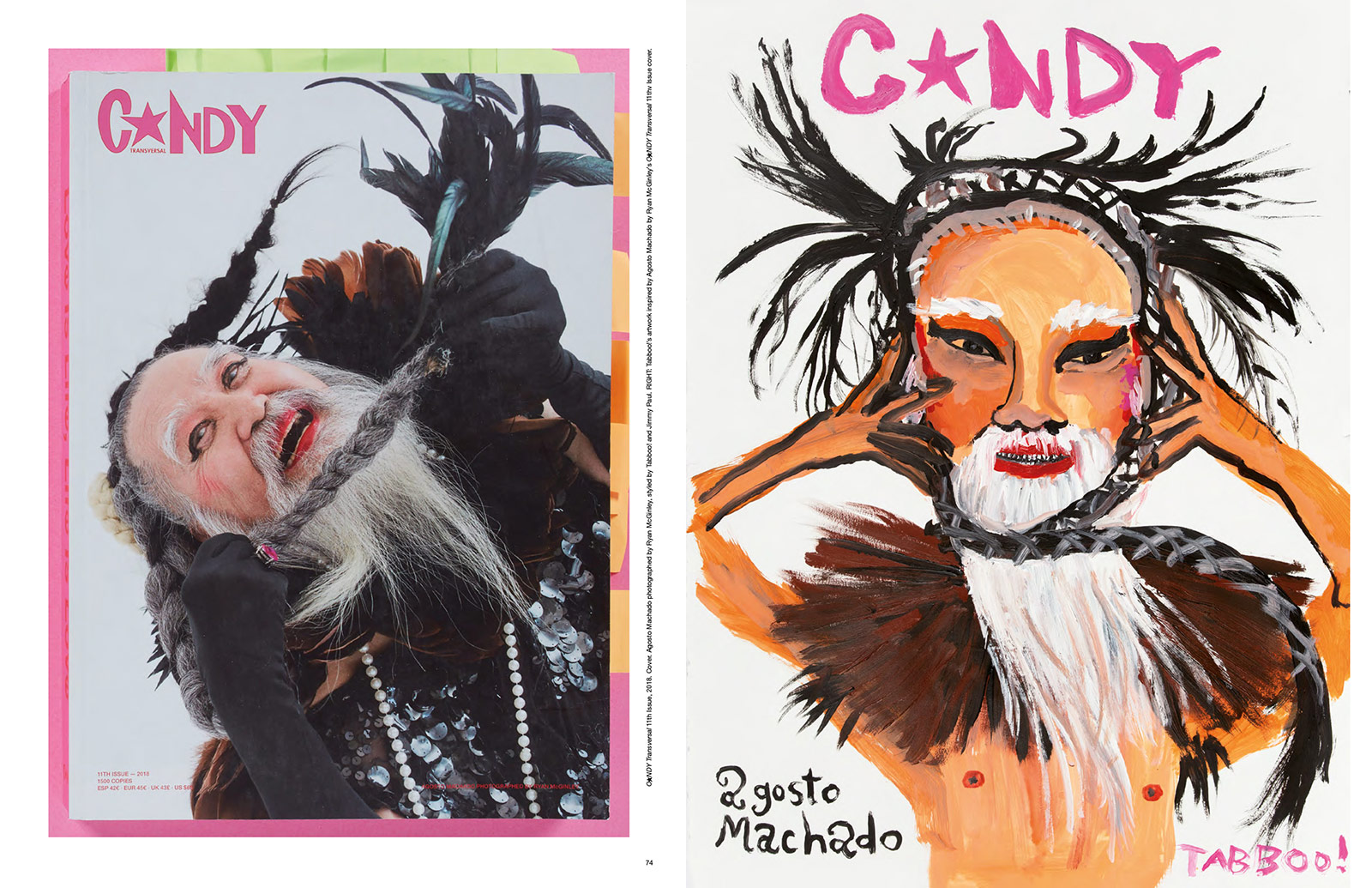 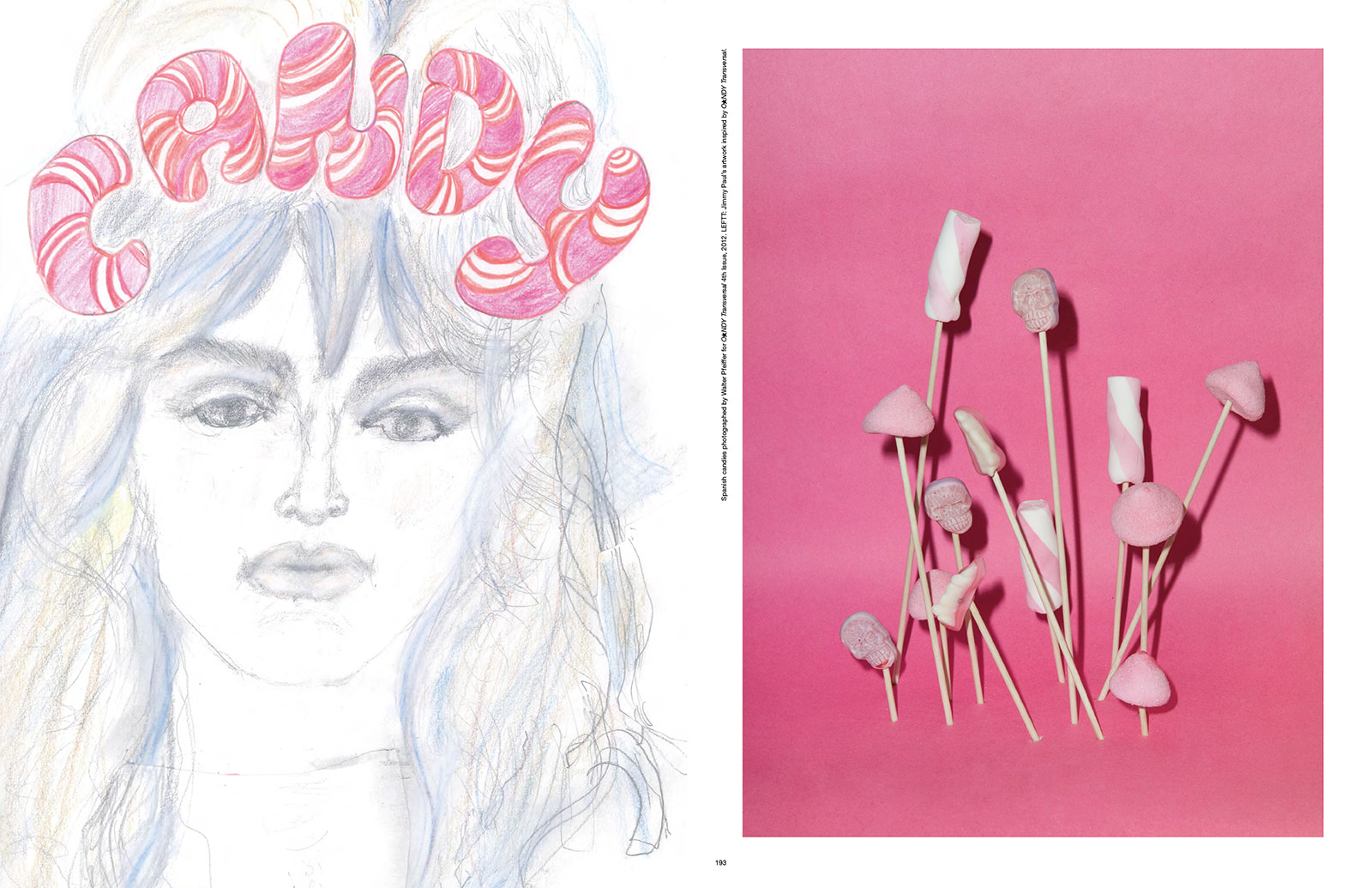