The dazzling queer troublemaker that we need 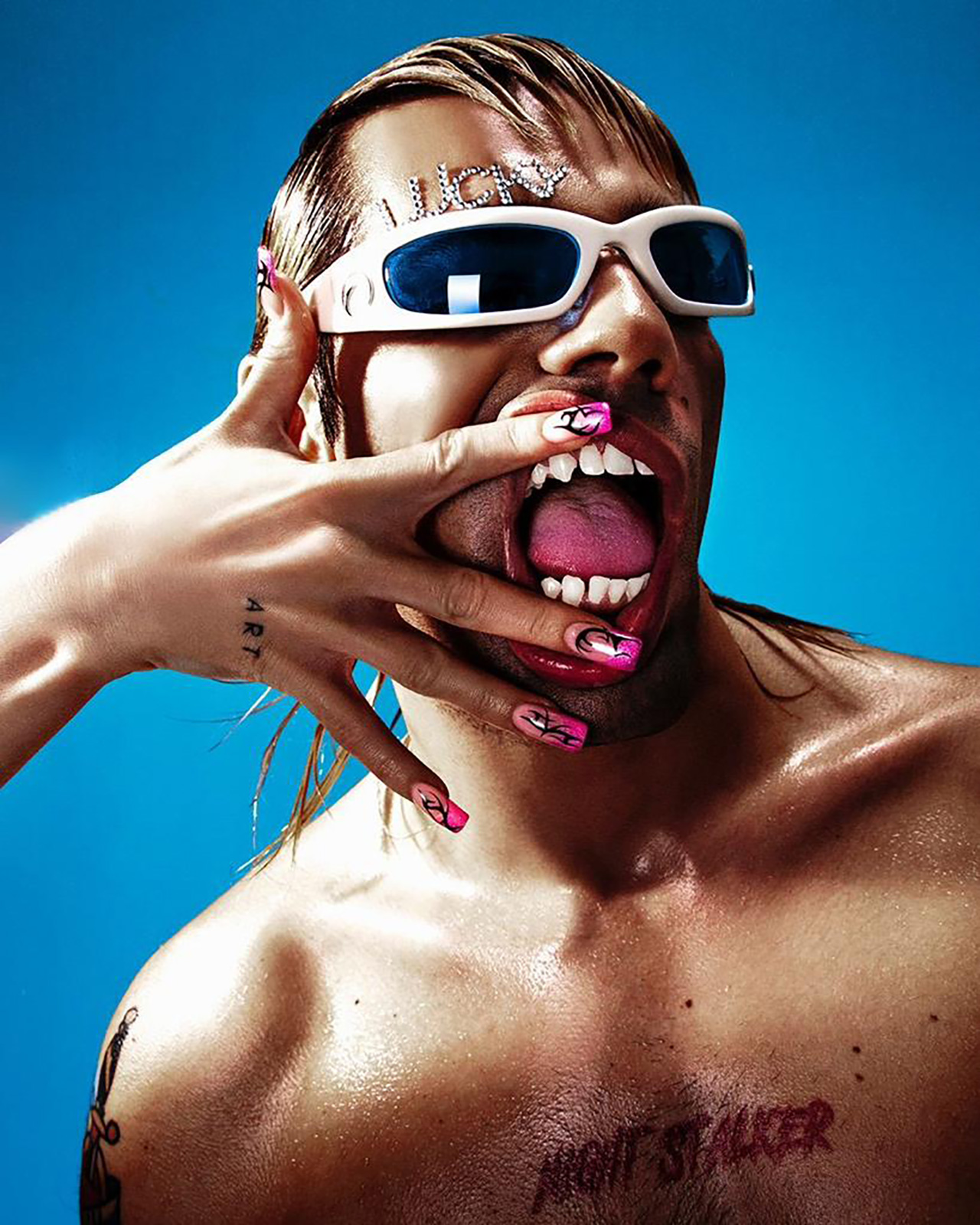 Two women kissing for a brief second in a Pixar film should not be controversial. We're getting tired of fighting homophobia, because it's not just about kissing, it's about who we are and who we deserve to be. Climbing the Everest of queer liberation is Lucky Love, who a couple of weeks ago saw his harmless beautiful music video Love censored. Apparently, YouTube couldn't handle such a simple powerful statement and decided to censor the clip as 18 plus viewing. But is it love that bothers them? Or is it the lovers who passionately kiss each other?
“There will not be a magic day when we wake up and it’s now okay to express ourselves publicly. We make that day by doing things publicly until it’s simply the way things are.” Tammy Baldwin made history by becoming the first openly gay Senator in the United States in 2013, and these words from her speech at the Millennium March for Equality of that year sum up the reality LGTBQI+ people have to still face in every corner of the world, and also, the internet.

Luc Bruyère is not only resilient, but he is also an artist whose fearless imagery is full of creativity, and he has a lot to say, he has an experience and an identity to share with the world. This week he comes back with an important message: "What about my masculinity? It's a middle finger to patriarchy and toxic masculinity” whose video is an interesting visual reflection on the subject directed by Jordan Cardoso.

His first two singles Paradise and Love have racked up over 100k streams, he just premiered his own documentary Lucky at the Tribeca Film Festival 2022, he’s on the cover of the French magazine Têtu this month and was recently invited to the main stage of Munich Pride in July. At only 27 years old, the young man embodies the exuberance of a rockstar and the modesty of a poet. Lucky Love's voice is a work of art, inspired by James Blake or Antony and the Johnsons (Anohni), that fluctuates between English and French.

Dancing on stage, Lucky Love says, “was the first place where people celebrated my body and my differences. To me, that’s political”. He is a star who uses his body to tell a story we all need to hear. And that we do in the following interview with him, following the premiere of his new single Masculinity last Friday.

Hello Luc. You have a new single out since last week. It’s called Masculinity, it sounds brilliant, the lyrics are quite touching as they reveal a very important topic about identity that is current. How did you approach its writing?
I was thinking about making a very personal song, and it just so happened that I was in front of my mirror with my microphone, naked and looking at myself as the instrumental was playing, and the gimmick “What about my masculinity?” came up instantly. The idea I had behind that song was to show that masculinity does not exist without femininity. While society rehashes numerous examples of how masculinity should be, unrightfully so, I preferred deconstructing the social norm to show that it is more of a complex spectrum, where each and every one of us lie. I intentionally interrogate it in the chorus to show the absurdity of this imposed social norm.
“What about my masculinity, what the fuck is wrong with my body, am I not enough?” This is such a statement that unfortunately so many of us have experienced, at different intensities, in our upbringing and in all sorts of social situations. How have you dealt with discrimination or insecurities when it comes to this subject?
I don’t think we deal with it per se, I think we fight it, as much as we can. Of course, when I was younger, I was more insecure, so it was harder to voice what I had to say. But as soon as I understood the man I was becoming I decided that no one should tell me what a man is supposed to be. I am my very own example of what a man is. This song is also supposed to raise awareness and help others come to the same conclusion as me. For me the key is to believe in who you are, what you stand for. Being unapologetic of my identity was my way of dealing with discrimination.
This is your third single as Lucky Love, and probably the one with a deeper meaning. For its video, you put together an amazing combination of talented people. Directed by Jordan Cardoso, filmed by Christopher Ripley and featuring Prince and Majesty , François Sagat and Hanabi the K. They represent different facets of the exploration of masculinity, alongside yours and your artistic vision. What was it like to work with this team to create the video?
Working with all of them was a dream! Jordan has been my manager for a few months now, I was honoured to have him direct his first music video ever. Our ideas fit so well together and we were completely on the same page regarding the imagery that I had in mind for Masculinity. He also gathered a wonderful production team around the shoot, namely Christopher Ripley who has worked with big stars in the US such as Kendrick Lamar, Billie Eilish and many more… Even the casting was perfect: I wanted to be able to represent all kinds of masculinities in this music video hence why it was important for me to cast all these different people. I loved working with all of them, they’re all so talented and each of them have such a strong personality. It was actually really easy, we worked in happiness, joy and without judgement, it was really cool!
Let’s talk about Love, your previous single. The song is ridiculously good, and the video has been much talked about, particularly the simply gorgeous scene at a supermarket where two boys kiss each other, romantically. Can you tell me about the making of the video?
This video was very important for me because I wanted to get the message across to the countryside youth, for example Tennessee in the US, that now, in 2022, we are supposed to be considered as normal people, that we can meet the love of our life anywhere, like a supermarket. I didn’t choose this specific location for the aesthetic, I chose it because I wanted to show how everybody is allowed to love anyone, anywhere, and that you should be proud about it. It is also an attempt to give back to homosexual imagery the romanticism it deserves, and show to world what is love to me, Lucky Love. That’s why I was so disappointed when I saw that YouTube censored the music video. Nevertheless, you can count on me to continue to spread love everywhere I go!
So, YouTube has censored the video and it is now forbidden to under 18s because they consider it pornographic and inappropriate content. This is quite upsetting and enraging, I mean, two boys kissing in a YouTube video is mild. It’s especially dangerous to set an age restriction on something so beautiful and natural, as it associates homosexuality with something that is wrong. How did you and your closest friends react when you found out the news? Have you heard back from YouTube?
When I realised YouTube had applied censorship to my video, I was furious. I didn’t and still don’t understand how in 2022 such things can still happen. On the other hand, it also means that this video, and why and how I made it, makes a lot of sense: it just shows the importance to voice and address these kinds of issues, and give the opportunity for people to represent the LGTBQI+ community.
The worst part is that YouTube’s algorithm was really pushing the music video, we’ve never [had so many views] in such little time, until they decided, 10 days later, to apply censorship. We tried disputing it, but their decision was final. In a way it confirms the legitimacy of the fight I have engaged myself in and the need for representation of our community. I shall continue to act upon it, and I hope to gain more support from my entourage and the community. 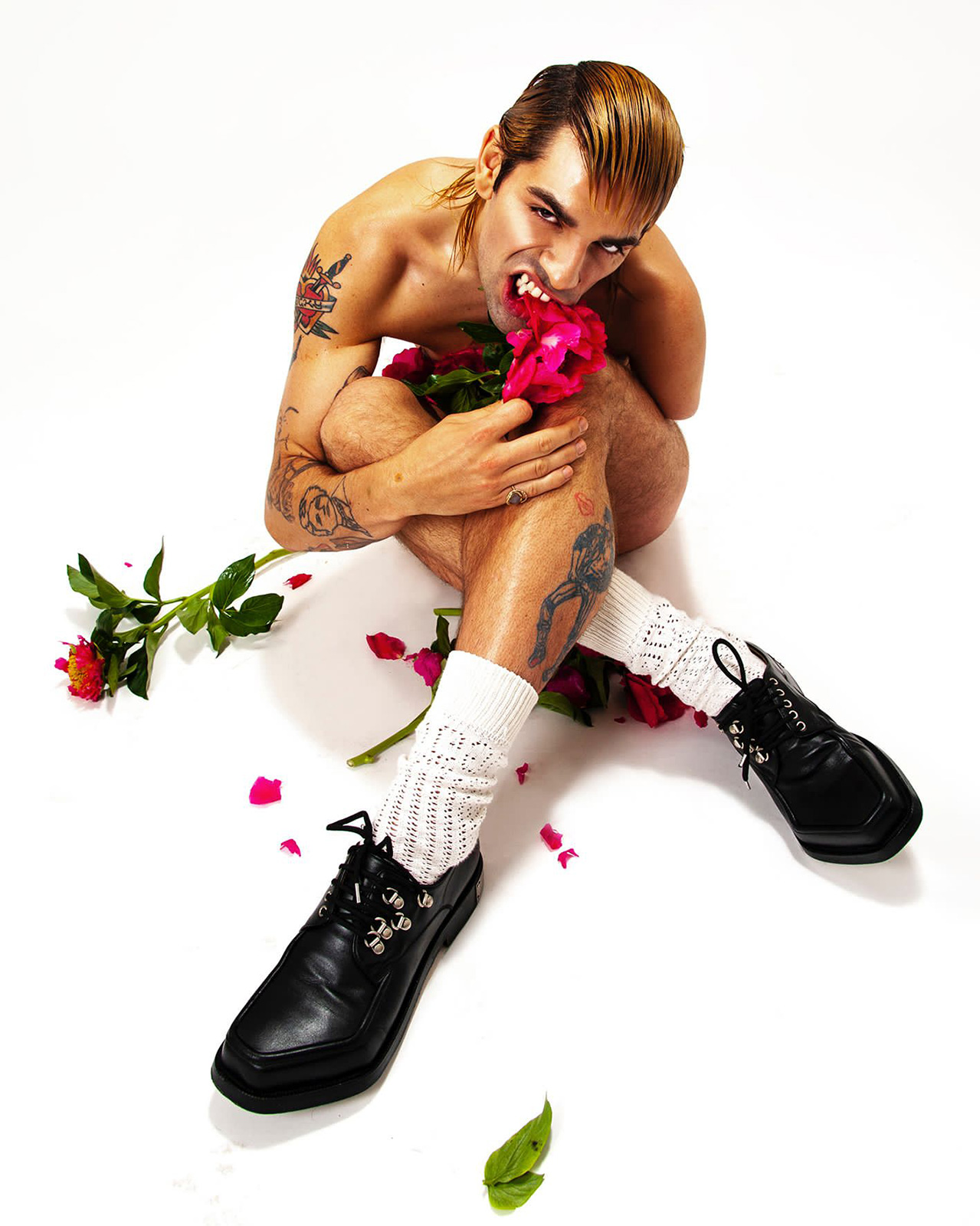