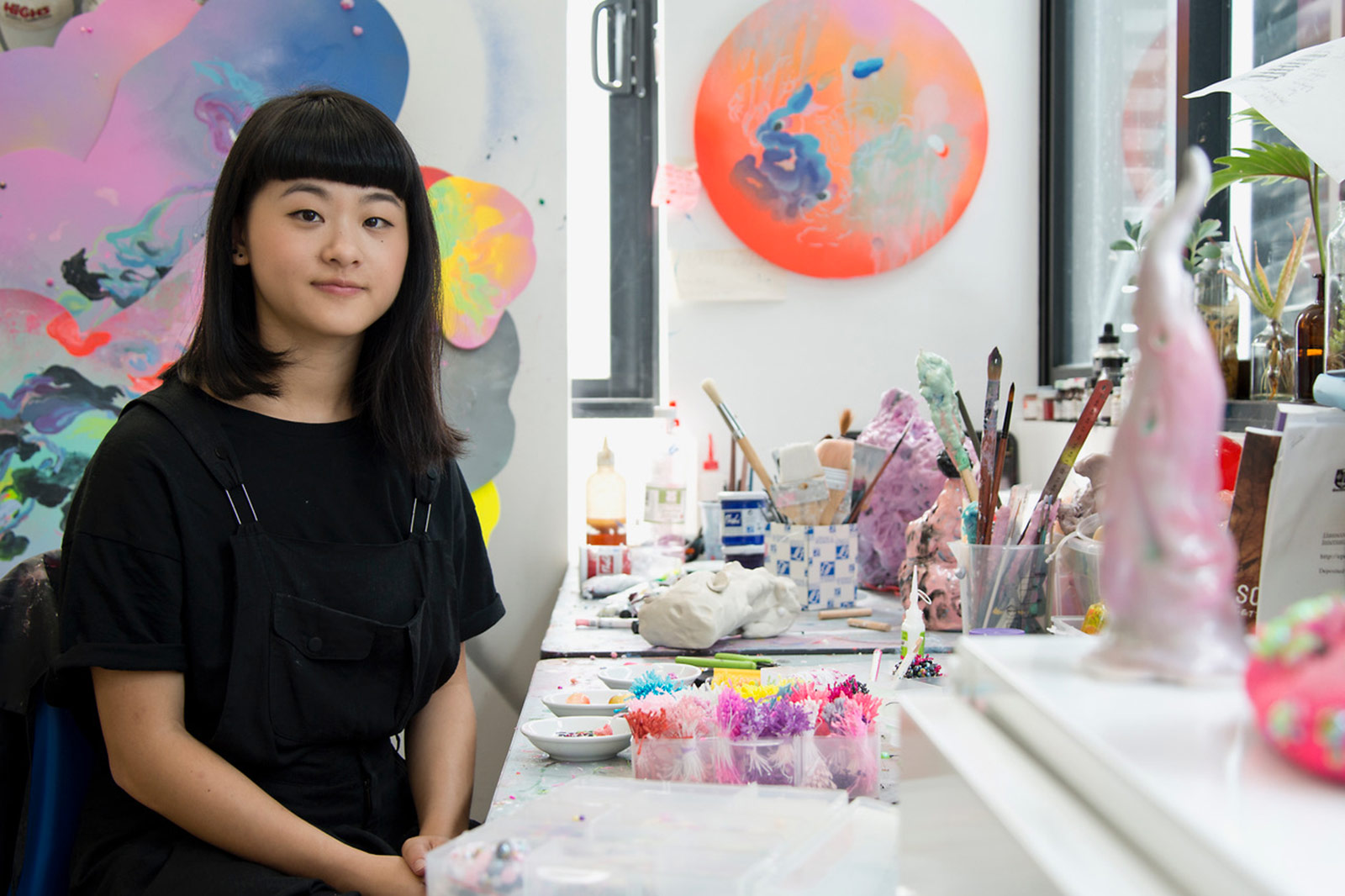 At first glance, the work of artist Louise Zhang seems to be cute and playful, as if conjured by the mind of a kid. But when you come closer, things don’t appear to add up. The imagery becomes more complex and somewhat confusing; sinister, grotesque and, as she would call it herself, monstrous. Mind you, all of this is calculated, together creating exquisitely harmonious pieces that defy and challenge the notions of what is considered beautiful and ugly. This idea stems from her anxieties, which at their core look scary and daunting. But in the end, they aren’t as intimidating as she thought – they’re just shiny, glittery, pastel-coloured pieces of goo.
Who is Louise Zhang?
A grenade: small but powerful.
I read that you started wanting to become a fashion designer, but what drew you to art?
I have been lucky enough to be one of those kids who knew they wanted to work in the creative industry when they grew up. My family works in the fashion industry and I grew up going to different local fashion labels, playing with fabrics and sewing. It felt like a natural transition to merge my love of art with fashion. However, the industry that I had experienced then as a shy, insecure, middle-class teenager turned me off from becoming a fashion designer. The art industry also has its challenges, but art itself seemed like a more genuine path to follow – if it is actually any more genuine than the fashion industry… I don’t really know.
Have you ever thought of turning your paintings into fabrics?
How did you know? Who told you? I’ve made work that was created digitally and then printed them onto fabric and hung them as long scrolls. But I haven’t translated my paintings onto fabrics. Right now, in the studio, I’m working on some textile works that actually do incorporate painterly elements. 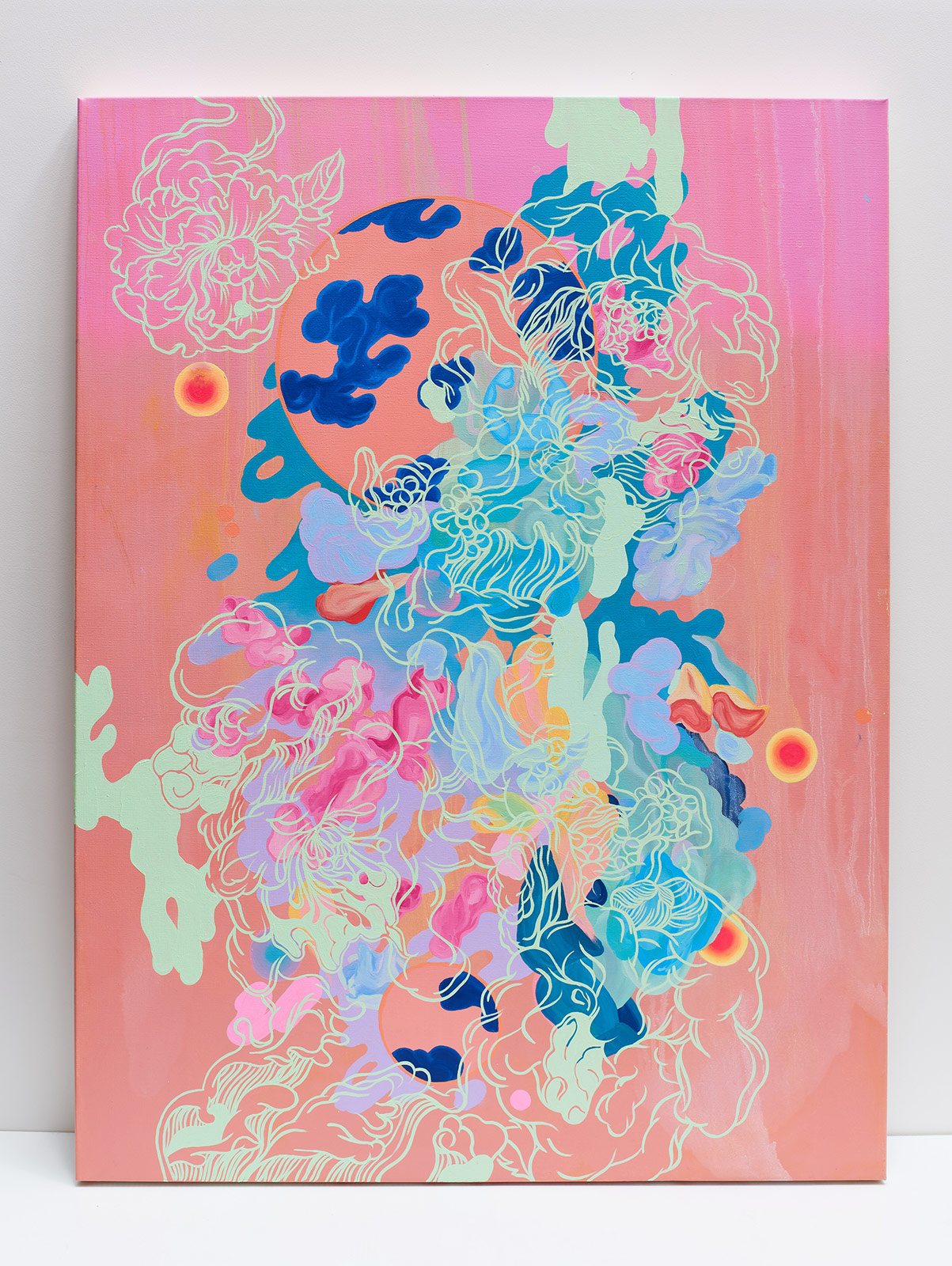 I read that you first didn’t want your Chinese background to define your work. But with time, that’s changed and you are embracing it more and more as you have evolved as an artist. What changed your mind?
It’s not a surprise that second-generation kids wouldn’t want to address their heritage if it was something attacked by racism, prejudice and ignorance. Choosing my Chinese heritage to not define my work was a means of avoiding being potentially attacked by those things – even type-casted as ‘the Chinese artist’ – or just another second-generation person exploring her identity as art. For me, being Chinese as a kid wasn’t something to be proud of, and being from a lower-class family fairly new to Australia didn’t help either.
It annoys me so much that it took so long for me to embrace that aspect of myself (my family) both in my life and in my art. I feel as though I have wasted many years making excuses, being horrible to my family rather than learning and celebrating it, and realising how privileged I am. I was introduced to a Chinese-Australian artist at art school who was also second-generation. The big difference between us was how we treated our heritage in life and art. I hid, while he explicitly acknowledged his background shamelessly. He invited his family into his work, rituals, criticisms, mythology, culture – everything. It was normalised and they were embraced.
I saw that I could make art about my heritage with no shame and be open about it as well. It took a while but, eventually, slowly, I became more comfortable to do just that. I no longer want to make excuses that keep me feeling like the ‘other’. Now, having my Chinese heritage define my work is the same as being proud of my heritage.
What was it like working with Organhaus – a program that works on artists’ exchanges to promote contemporary art – and travelling to China? How was your work received there? And how can we see your Chinese origins in your work?
Organhaus was a hell of a great experience! I am so fortunate and thankful to China Residencies, Copyright Agency for giving me that opportunity. The generosity, not only of Organhaus, but also of the art community in Chongqing was beyond anything I had ever experienced. I am just so thankful. I loved it and worked in the old Sichuan Fine Arts Institute campus and was surrounded by art, particularly graffiti, used to enrich the city.
My work was received very differently there than in Australia. Exploring my heritage and incorporating elements from it was new to me – in a way that it almost felt like a novelty. But this was nothing new to the audiences there. Despite being on residency as a foreign artist, I could speak fluent Mandarin and I also look very Chinese, so I wasn’t really treated the way a white artist on residency would have been. So I had more of a local’s experience as opposed to one that a complete foreigner would experience. I think my heavily western interests (horror, the blob, and the monstrous) and, at times, perhaps, a more exoticised perception of them (monstrous as cute) weren’t as exciting for them. But it was very exciting for me!
How did you decide to integrate the idea of ‘Diyu’ (Chinese hell) into your work? What was it that drew you to it?
I come from a very religious upbringing. My parents and extended family are still all very, very religious – Christian. Hell is something I grew to fear, driven by my anxiety of having an interest in darker things like horror and, later, the fear of leaving the faith (no one wants to know that when they die they will inevitably be forever tormented in hell). In Christianity, heaven and hell are the two options you have. However, it’s the Chinese belief that everyone ends up in hell. How long you are there for depends on how good of a person you’ve been. That and the idea of such a structurally different hell with multiple deities was something so embedded in the history of my culture, and the fact that I knew nothing about it, was what drew me to exploring Diyu further. 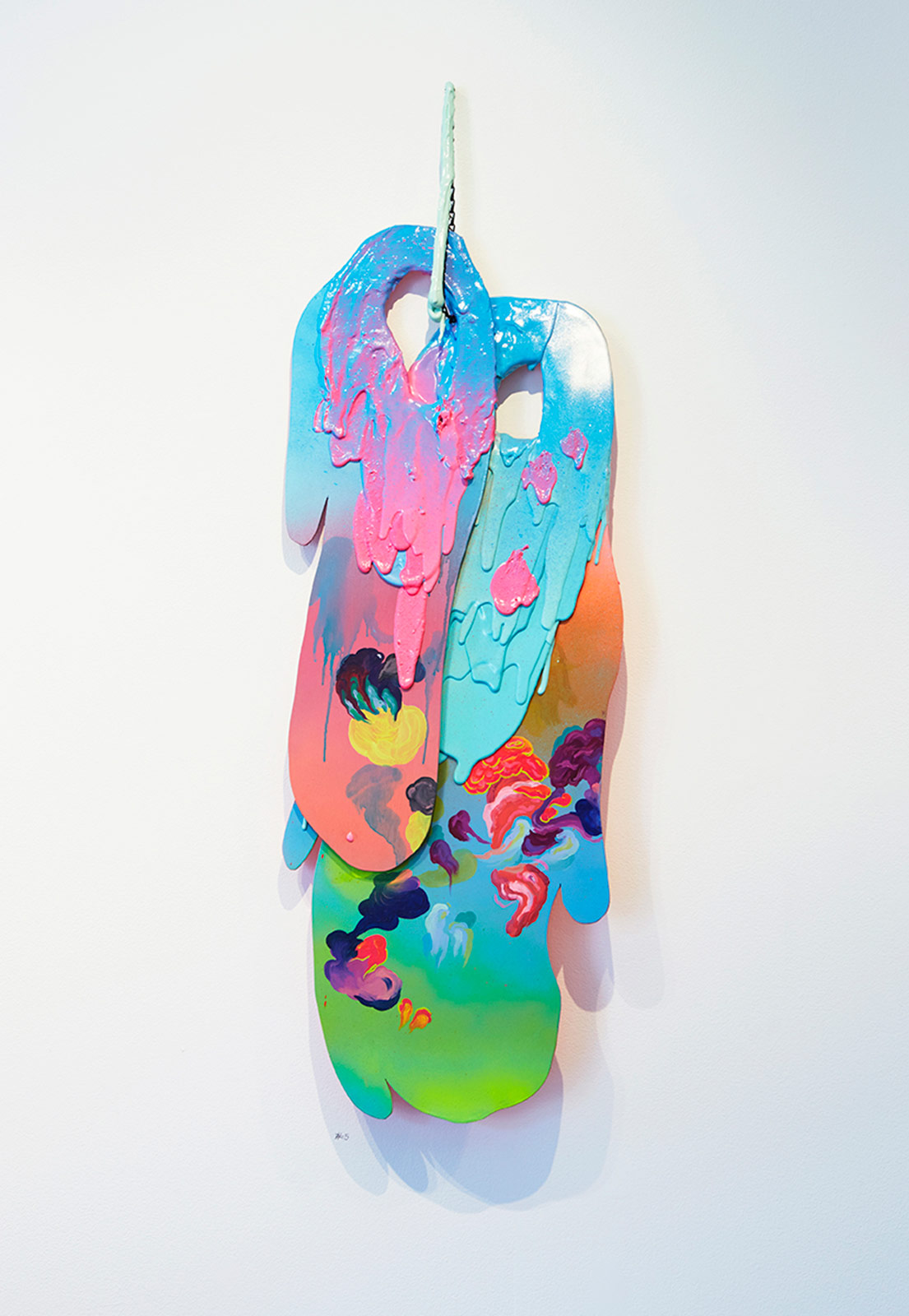 How did you first come up with the blob idea?
The blob came from exploring the transformative, ambiguous body. Simultaneously, it sparks your curiosity (attraction) and freaks you out (repulsion). I also loved horror and was introduced to The Blob movie. The alien in it encompassed so much of what I was trying to say and achieve through my work. It’s actually super awesome to see that slime has become such a trend among younger audiences now.
I’ve read about the concept, which is – more or less – that you are trying to make this repulsive object look more attractive by using pastel colours. However, this reminds me of slime, which is something that is, as you said, hugely popular right now with kids. Do you think that there is also a playful nature to it?
(Laughs). Slime is hella playful, especially the process of making it and seeing the ingredients chemically react into something so visceral. I love the inclusion of sparkles, bits, beads, etc. within them. There’s some really cool slime out there.
As stated before, you sort of wrap your pieces into a pastel-coloured packaging to show that these things that we might be scared of – whether they may be actual monsters or other more humane problems – are not harmful but more pleasant than we’d expect them to be. I wanted to ask you if we could possibly see this type of masking/acting in human behaviour. For example, would you relate this to the people who normally act in, let’s say, a cute, girly way, who are usually seen as meek and weak, may perhaps be acting like that as a way to shield themselves from other things that may be malign; sort of like a defence mechanism?
I haven’t thought of it like that – that’s an interesting perspective. Perhaps so. I am often described as ‘cute’, ‘young’ and ‘small’ (though I am very small, curse these legs!), and those aren’t things I’m hugely fond of, as they are my insecurities. I wonder if I will be taken seriously or if my professional work will be dismissed due to my appearance and gender. It certainly is a concern of mine that the way I look, combined with the things I love (stereotypically cute and gendered, such as kawaii culture, etc.) will be used to my disadvantage. But if anyone is as prejudiced as that, they can go fuck themselves. 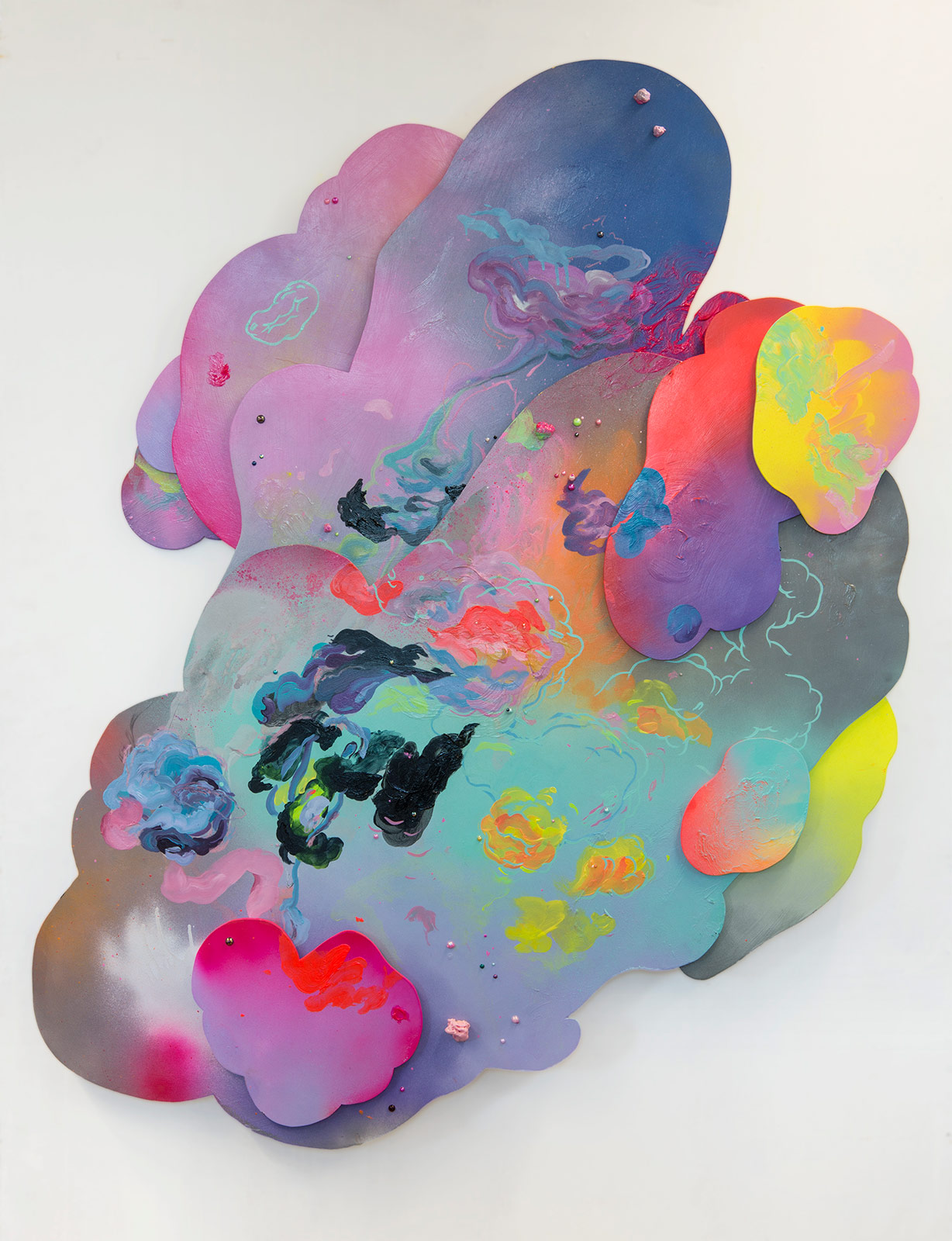 Your work has a very clear meaningful vision and it seems that you have created your unique own little world out of it. Would you say that that has to do with the fact that you are a third culture kid (a child that was raised in a culture different from their parents’), so you had to sort of create a culture of your own for yourself?
I wouldn’t say being a third culture kid generated a specific vision but I do think it fuelled the need to figure things out.
What do you want people to take from your art?
Honestly, if my work can generate as much curiosity as a kid discovering and figuring out something new, I would be very, very happy.
Where do you see yourself in five years?
Hopefully, with enough resources to continue doing what I love comfortably. 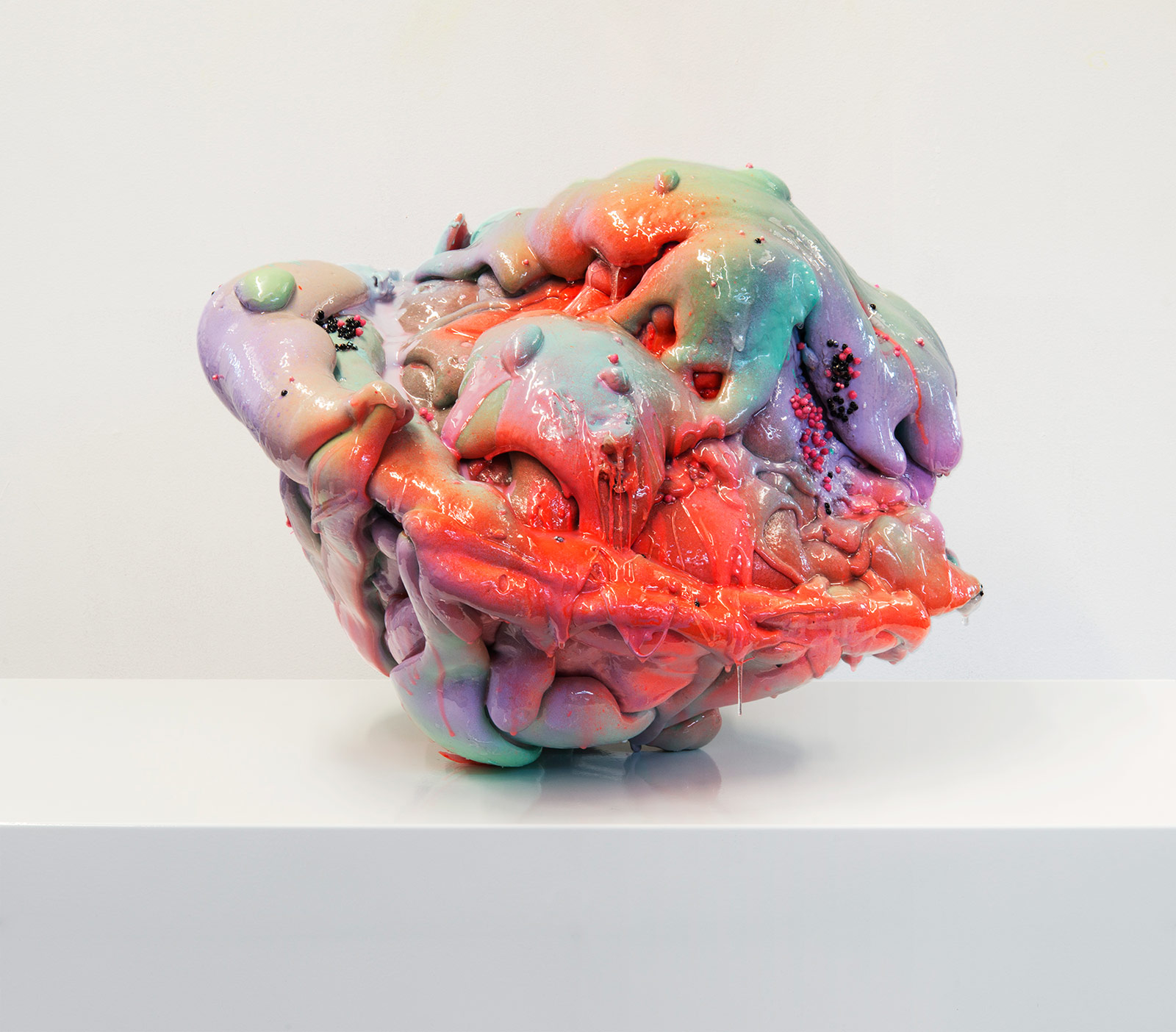 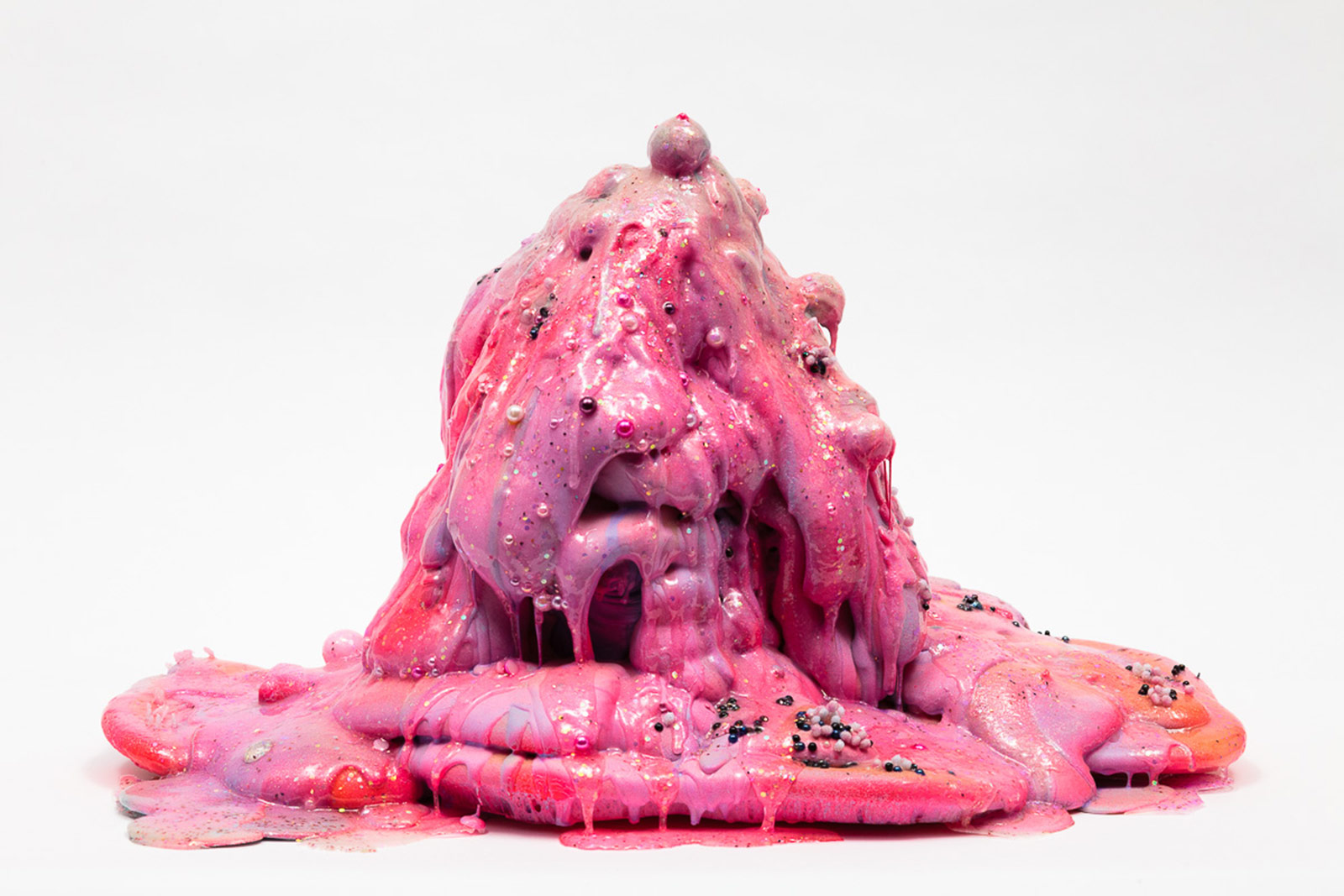 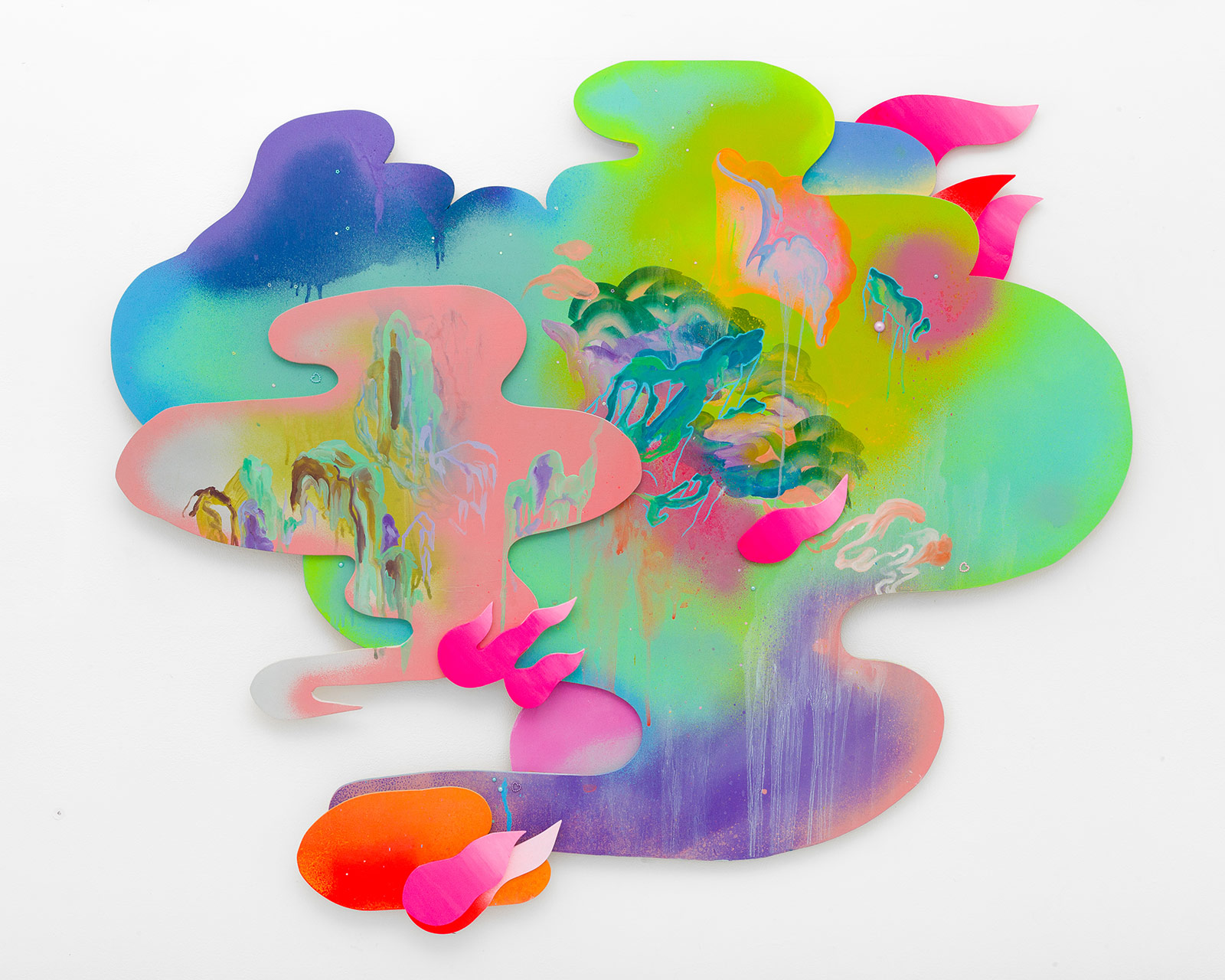 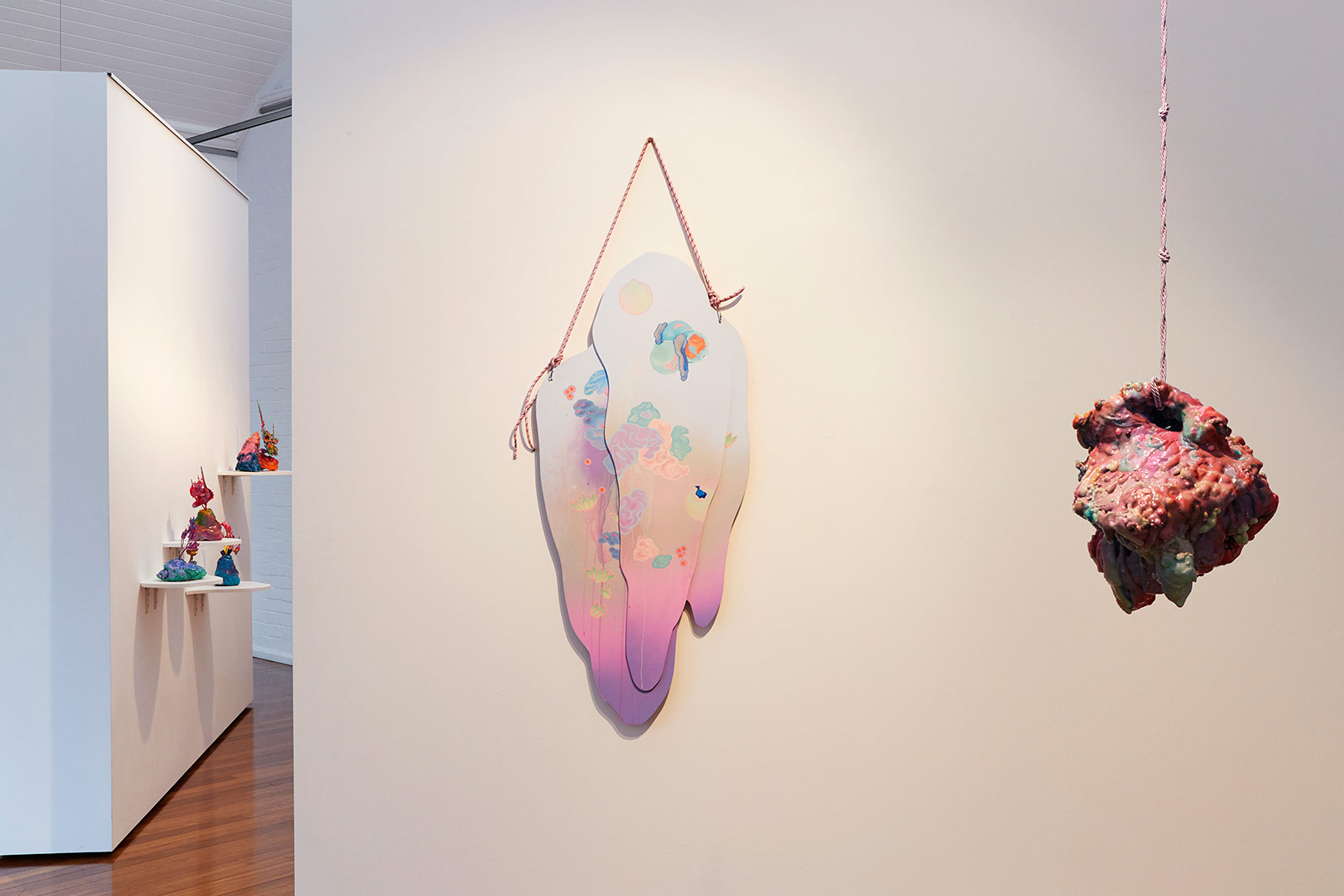 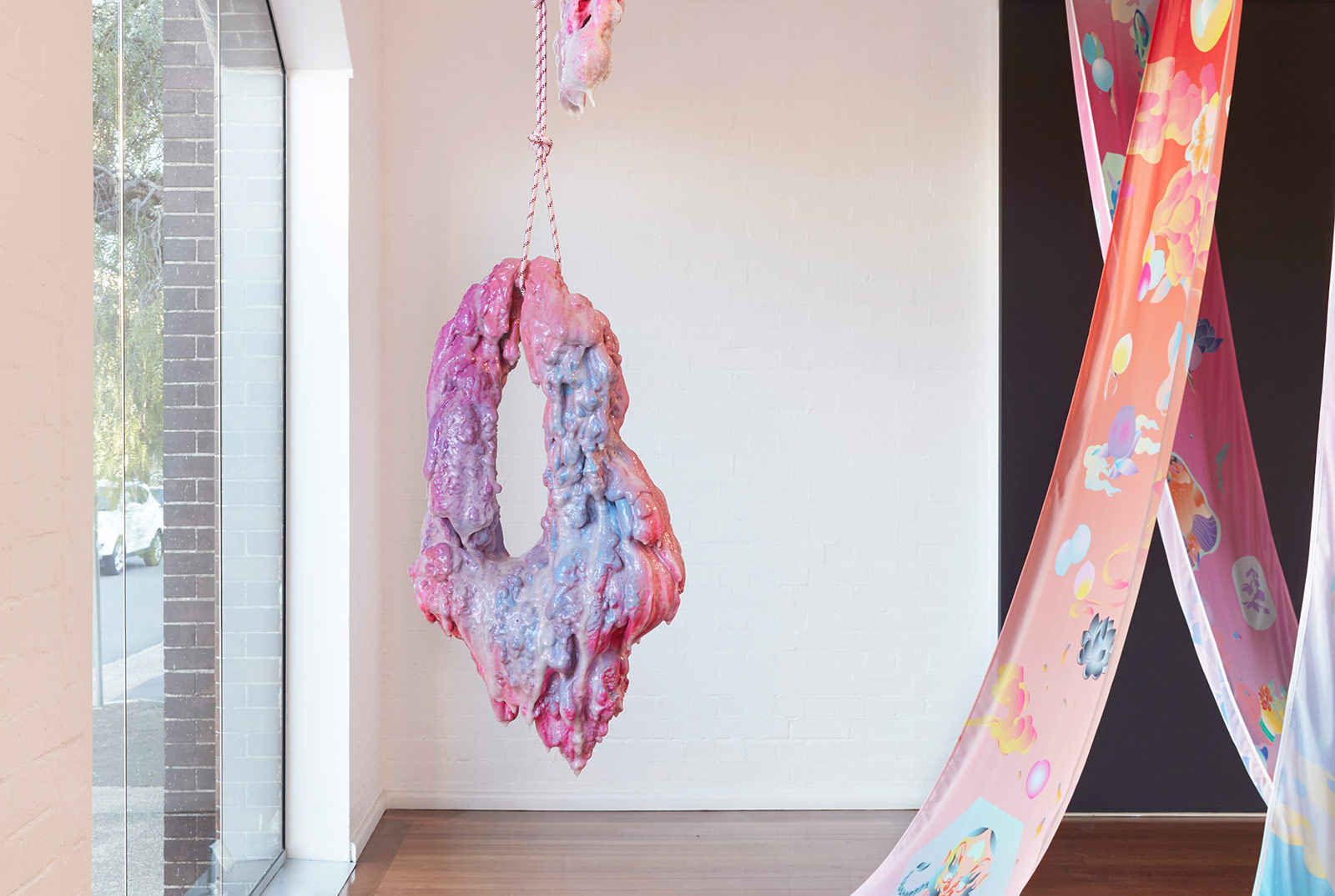 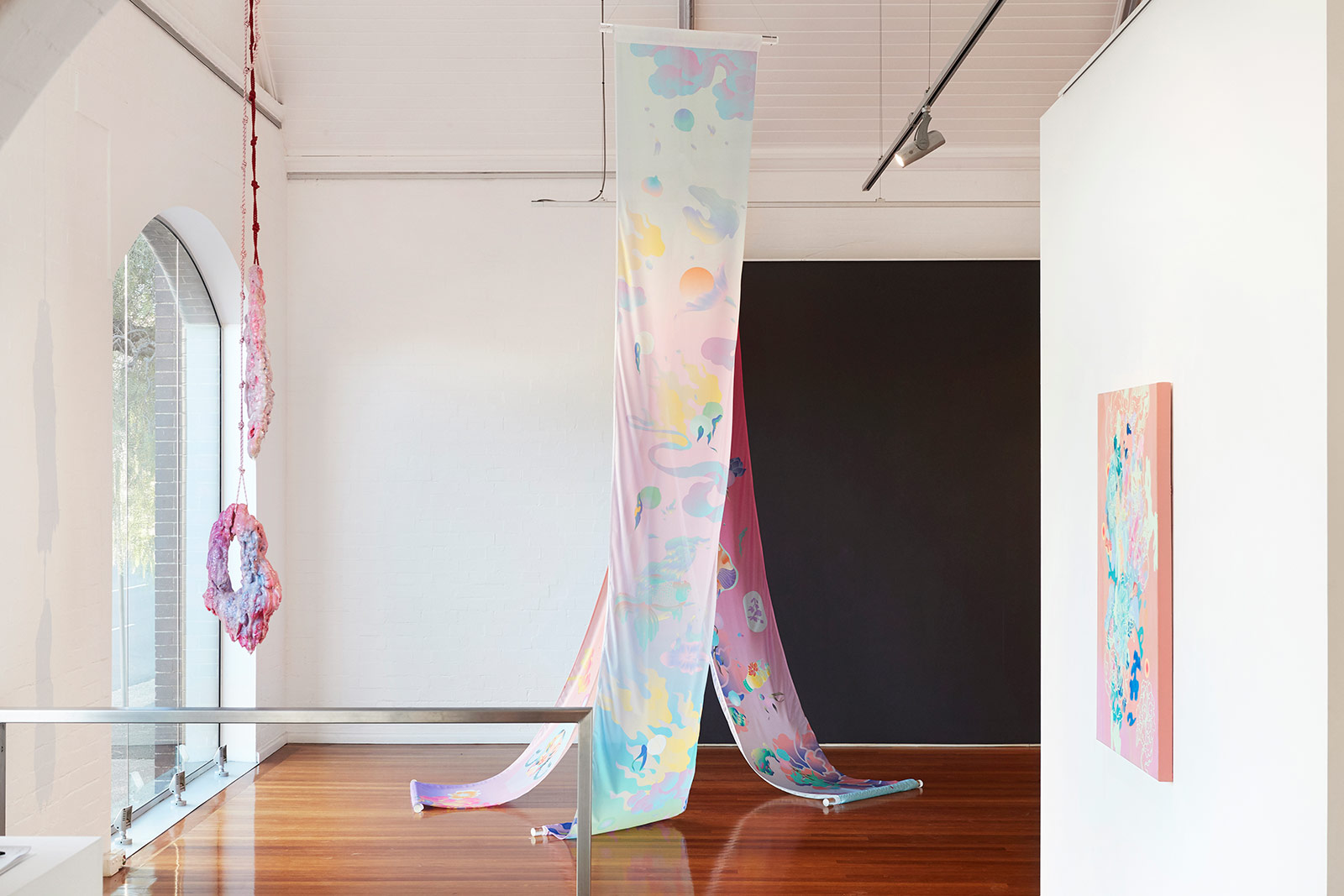 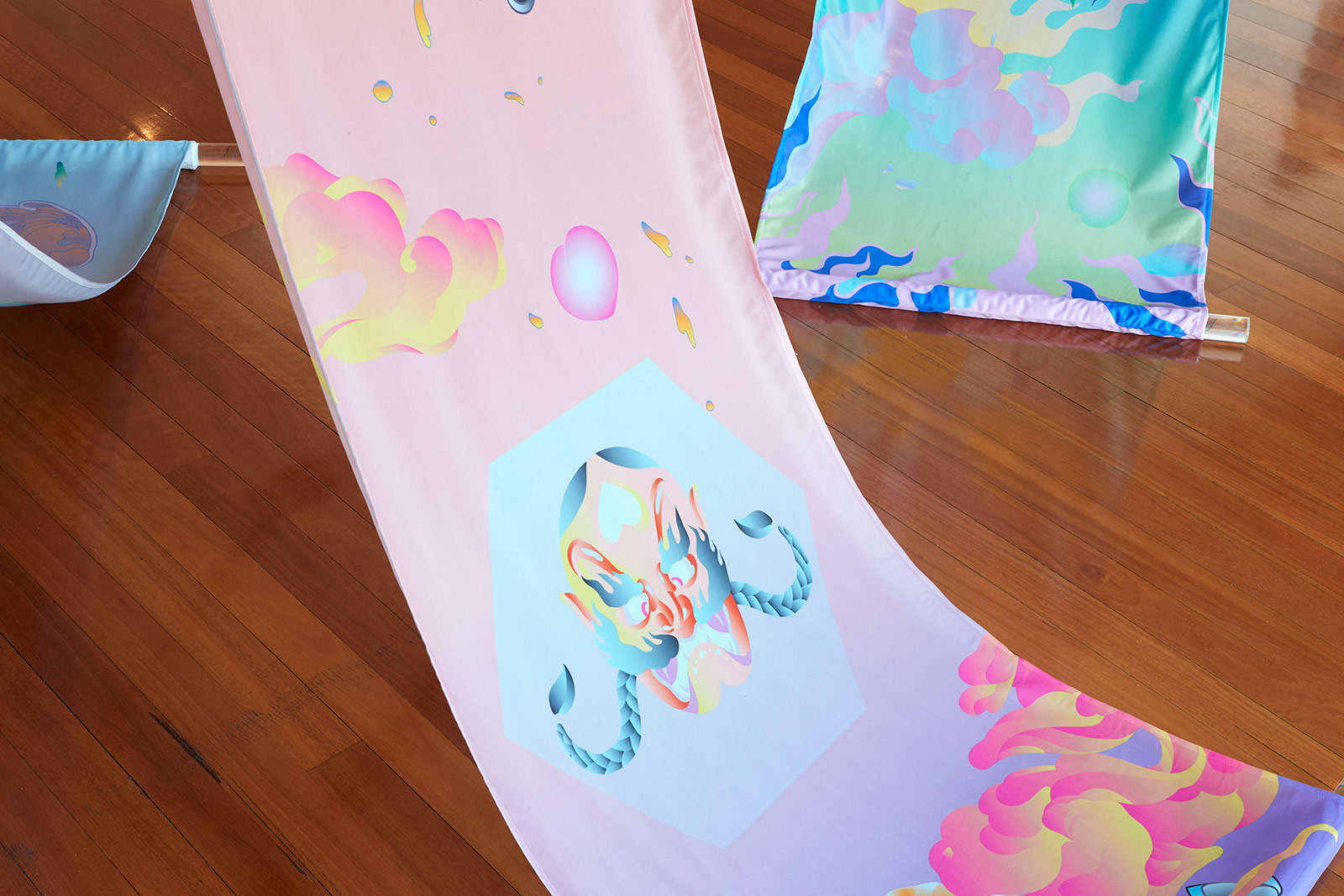 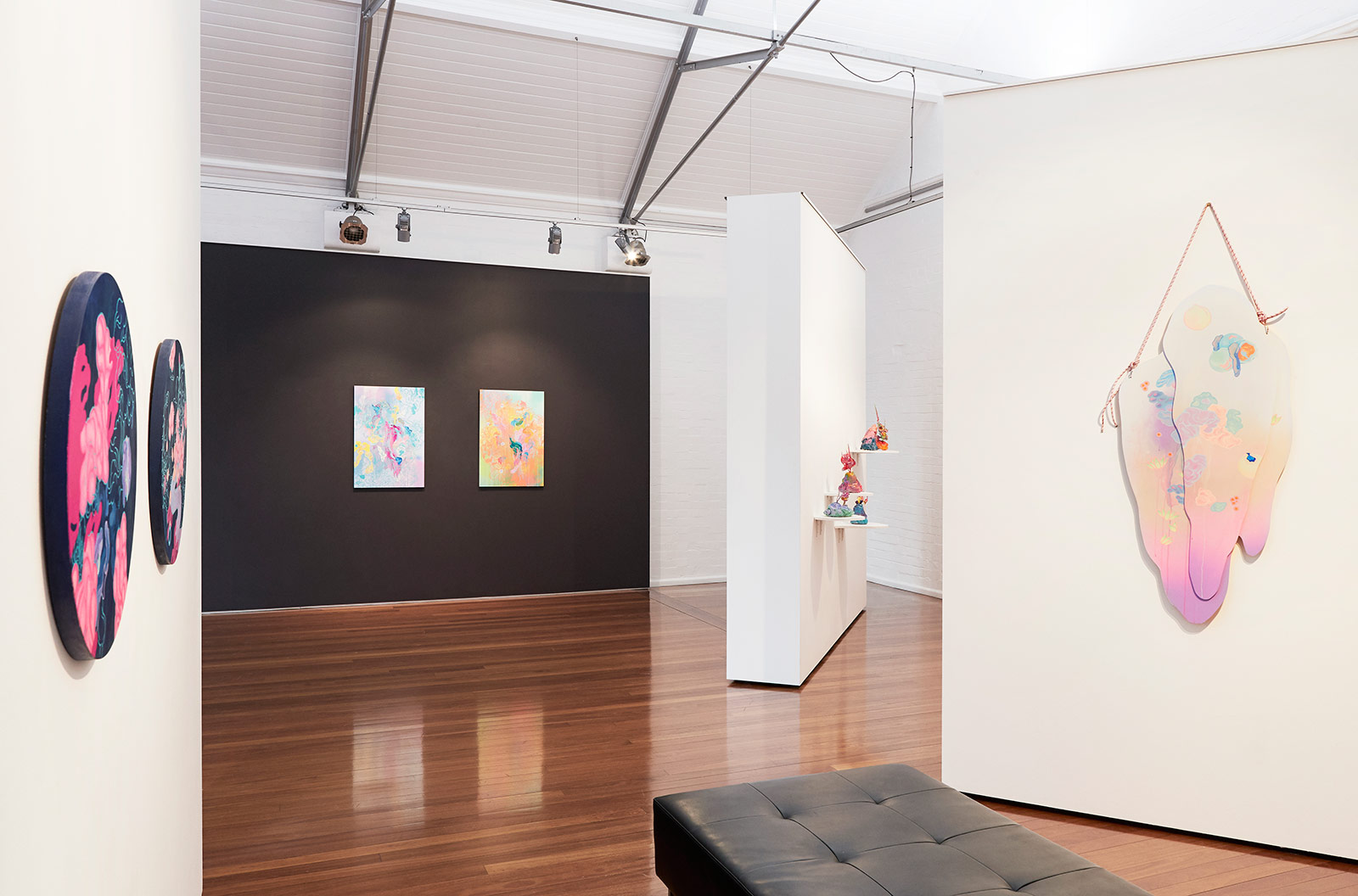 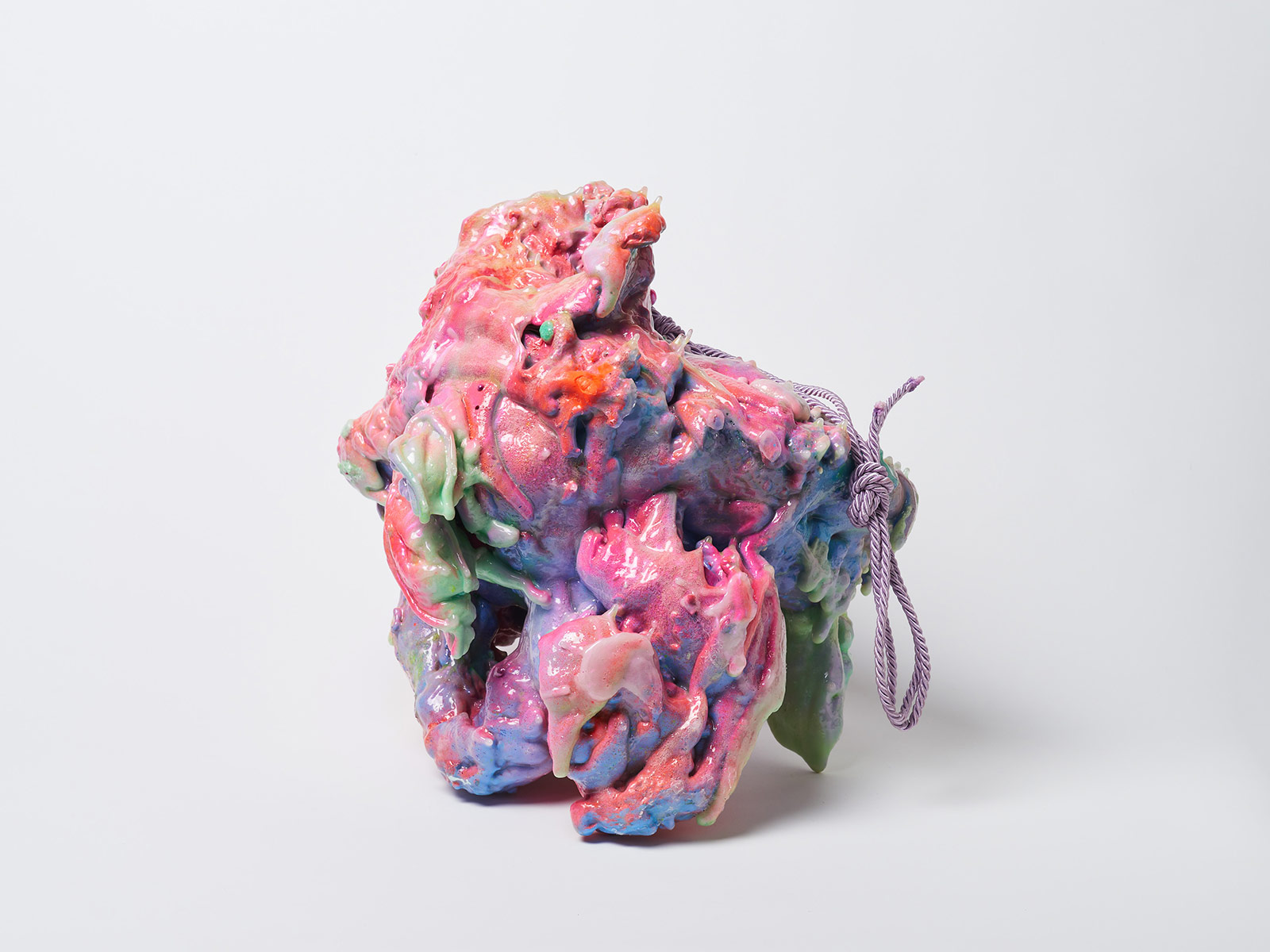 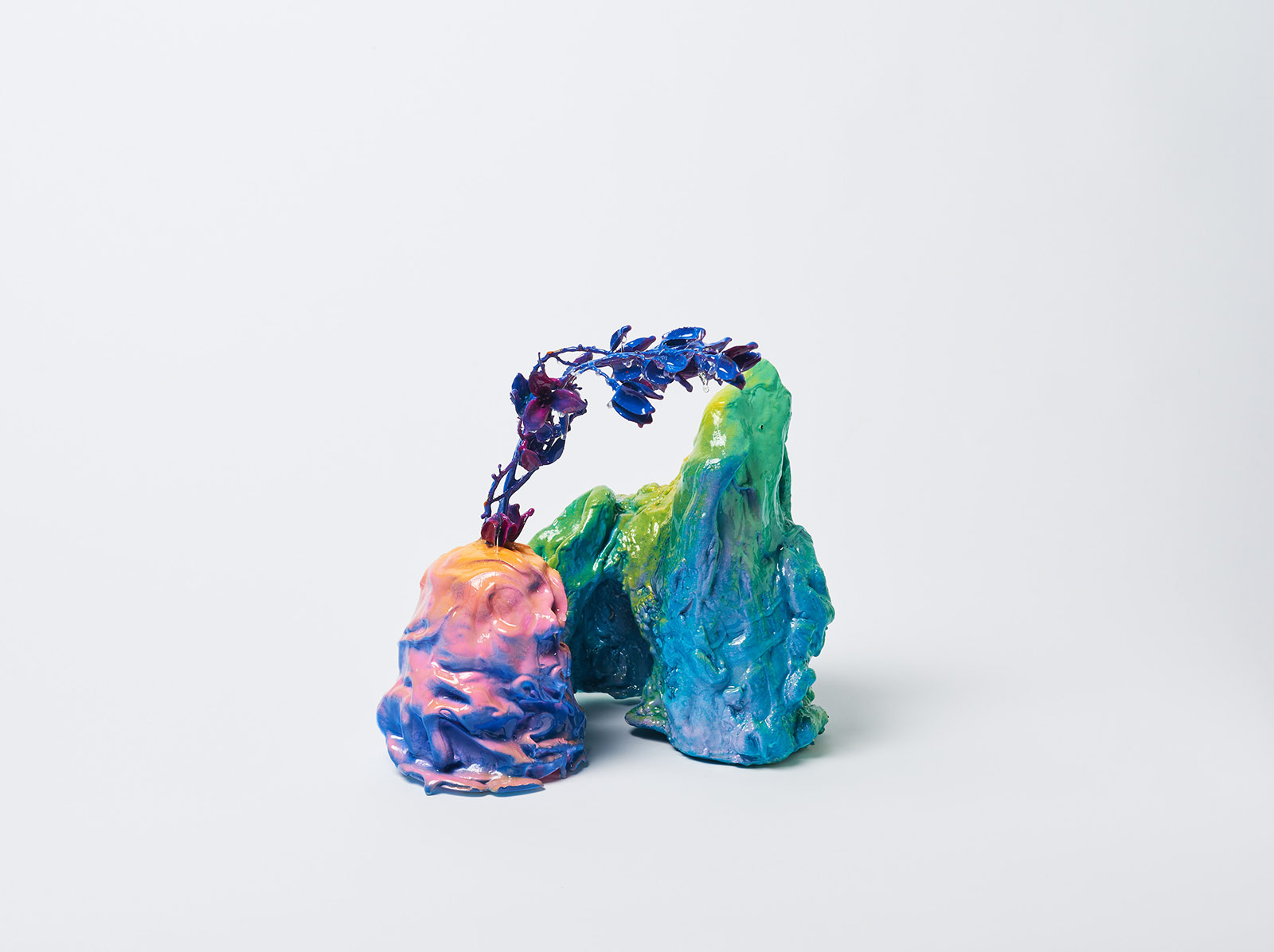 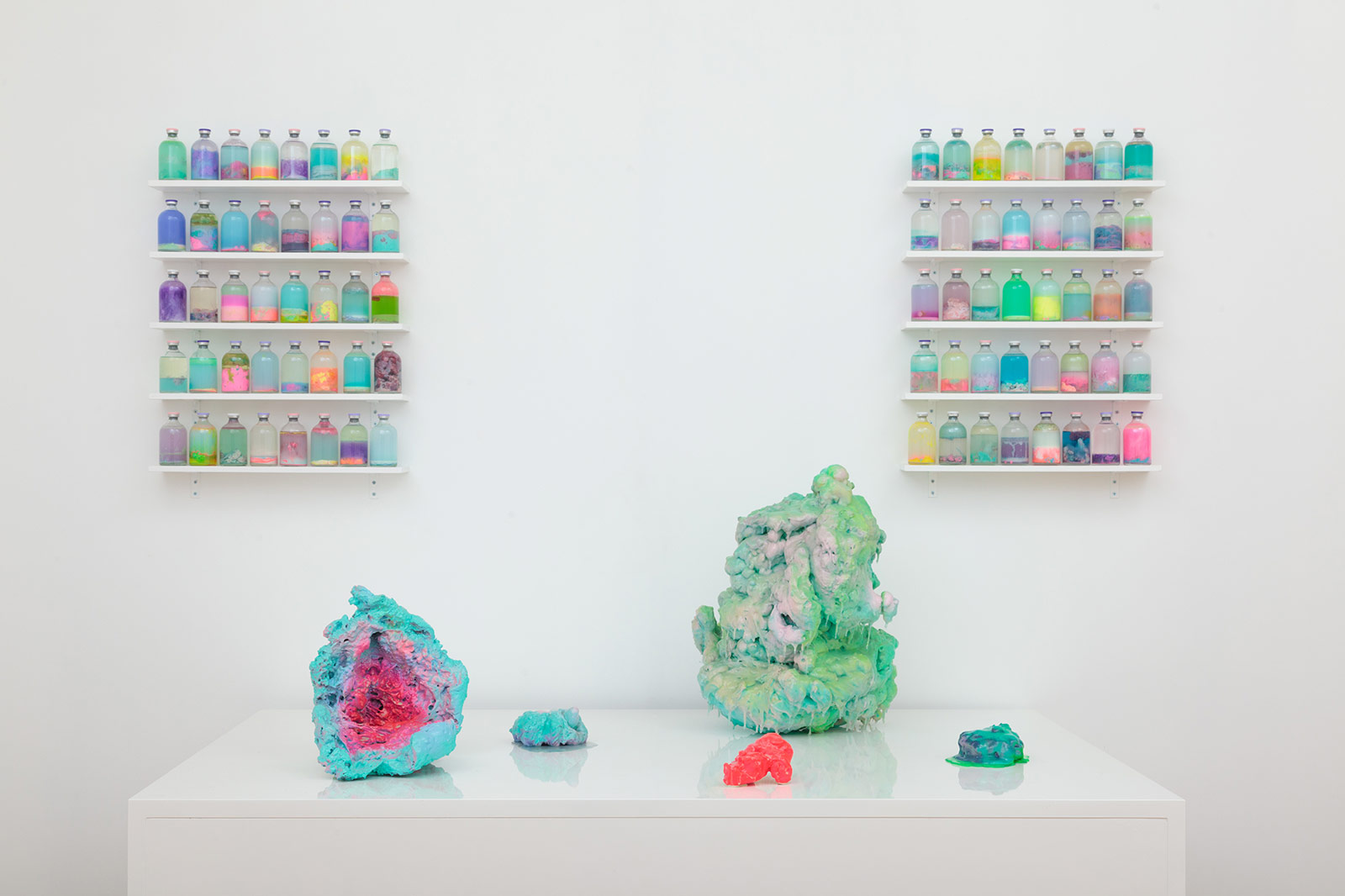 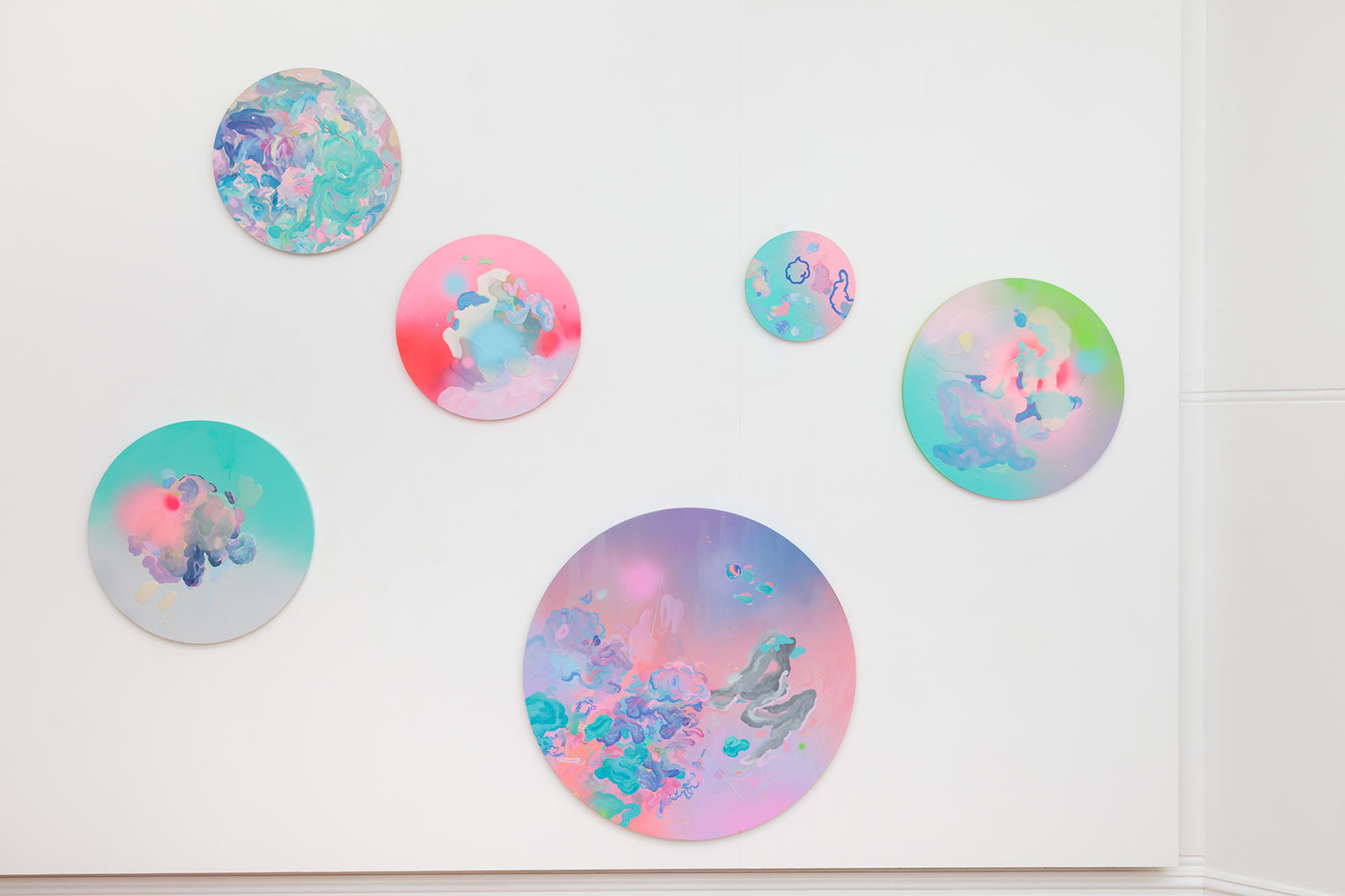