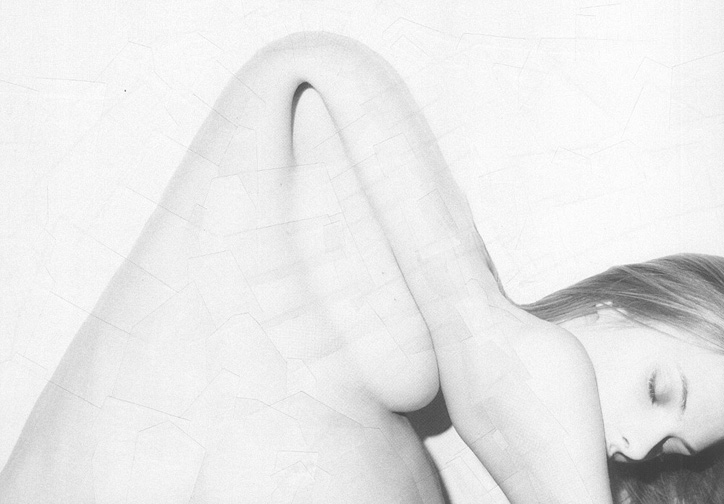 In this technological day and age, how often do we create using paper? Cutting and pasting no longer means cutting and pasting. We fashion these virtual worlds, embellishing them to our heart’s content with a few clicks here and there, and maybe at some point transfer them to print, deceiving ourselves of its physical tangibility. But collage artist Lola Dupré breathes life back into paper, piecing its fragments into infinite entities and relieving it of obsolescence.

Scissors and glue are her magic wand that allow her to manipulate and distort images into beautiful and at times grotesque renderings of the original. Hers is a world in which reality is morphed and identity shattered, but still somehow manages to make sense. We are lured into one of her kaleidoscopic collages, eyes wide and spellbound, to find out more about her work.

Tell us a bit about yourself…

I love making collages out of paper and scissors! I am currently working towards a new collection of work with my Gallery CES in Los Angeles. And a new collaborative editorial project with the Argentinian photographer William Kano. Travelling, food and new experiences have always been important to me.

When did you first discover your love for collage?

I started experimenting with collage after I had worked with papier mâché for a few years. I had used glossy magazines for papier mâché and became more interested in the patterns and abstractions that formed. So my introduction was accidental I guess, but I quickly fell in love with collage. I love the accessibility of it.

Of course! I think cats are pretty interesting. I have known quite a few and they are usually good company.

In a past interview, you mentioned that the one person you haven’t yet distorted in your work but of whom you would like to create a portrait is you; however, when asked to provide a portrait for this interview, you chose no to. How come?

Perhaps I used to feel more strongly about this. It came about because I believed you should never interpret work based on the appearance of the creator. Such things as sexuality, gender, nationality, really have no relevance. Your experiences and beliefs are not visible in your appearance. Maybe it is simpler. I do not deny that I could be a control freak or a recluse preserving my anonymity.

I can only imagine the laboriousness of the task of creating a collage given the complexity of the final image. How long does the entire process take? What is the longest amount of time you’ve ever spent on a single collage?

The amount of time changes between each piece. I think the most time consuming pieces so far would have been some of the larger abstract works I have made for my gallery CES in Los Angeles. Perhaps one month or two on a single collage, I am terrible at keeping track of time so I am not really sure.

It’s quite a powerful thing: the ability to take a recognisable image, obliterate it and regurgitate it in a grotesque manipulation of the original. What do you like about the act of altering a well-known image and what thoughts do you look to evoke in the viewer?

Thank you, I like taking something familiar and making it a subversive shadow of itself. You might view a new sight with a familiarity you can’t quite explain. It might challenge your opinion of the original. Every piece is different to me, all I can hope for in the viewer is that they might arrive at a thought or ideally begin a dialogue about something. I would never seek to force my opinion, just to hope for an open-minded approach, and to accept the possibility of a new perspective.

Do you tend to have an image in your mind of how you want the collage to end up? Or do you just play around with the cutouts and see where they take you?

It is a cliché, but really everything and everybody.

What draws you to an image?

It would depend on what I have in mind. Sometimes it is the necessary empty space around a subject I need; sometimes a good contrast. This changes for every image.

How many copies of a single image do you get through for one collage?

Again, this would change for every collage. Perhaps between 10 and 20. But the multiple crops and zooms on a particular detail are most important. No need to print everything if you only need one tiny detail repeated multiple times.

And what happens to the scraps?

Usually, they go into the recycling. But during winter we use them to start the fire in our wood burner.

Tell us a bit more about your artistic journey away from a formal education, having not attended art school. What have been the benefits of finding your own way in the art world?

It just sort of happened, though I am happy not to be in debt for my education fees. I was lucky to find experience in several studios around Europe. First at the Chataeu studios in Glasgow, and most recently I’ve been involved in a new space coming together in Galway, Ireland, where the scenery in nearby Connemara is spectacular. I think the biggest disadvantage is that many in the old world of fine art still see the correct education as essential. But I am very happy with my experiences, and perhaps through finding your own way you are forced to work that bit harder at developing yourself and building your network of collaborators and contemporaries.

You’ve lived in many different cities throughout your life; do you feel they have each inspired you and influenced your style in different ways? Which city do you most identify with?

I think so, changing cultures, places and fauna are a big inspiration to me. I lived for the longest in Glasgow, Scotland, so I think this has been my biggest influence and I still identify with many aspects of life there. For the last few years though I have abandoned cities for living in the countryside. I still like to visit cities often, but I think I now prefer having the space you can only get in the countryside.

Who has been your favourite person to distort in your collages?

I have enjoyed making several portraits of UK Prime Minister, David Cameron. I think his pasty and dense features are ideal for a certain type of comical portraiture.

What is in your future?

I think of course it is very rewarding to receive recognition, to make sales, work with new galleries and clients, and rightly so. But I just love the process of creating, so I just want to keep creating collages until I am too old to use scissors. That is my goal. I love collaborating, and I love fashion and beauty. I hope I can do more work along those lines in the future. 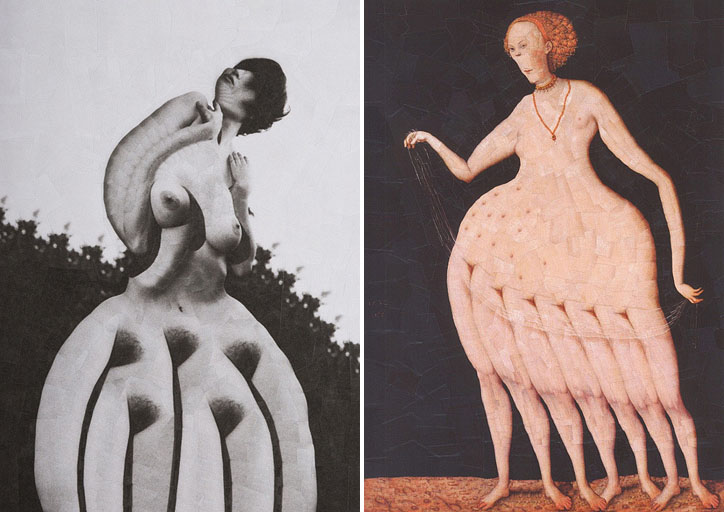 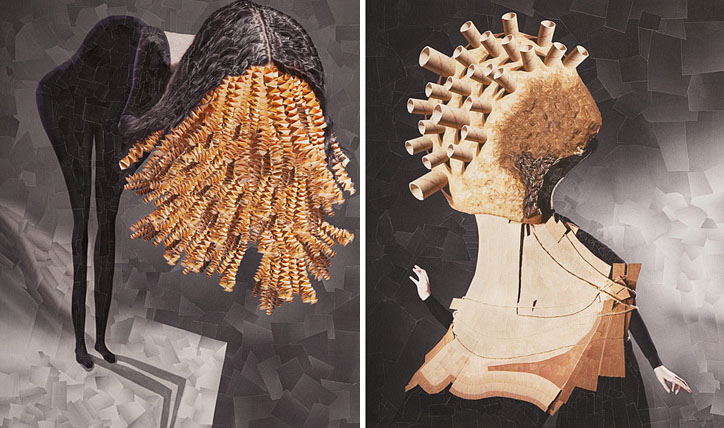 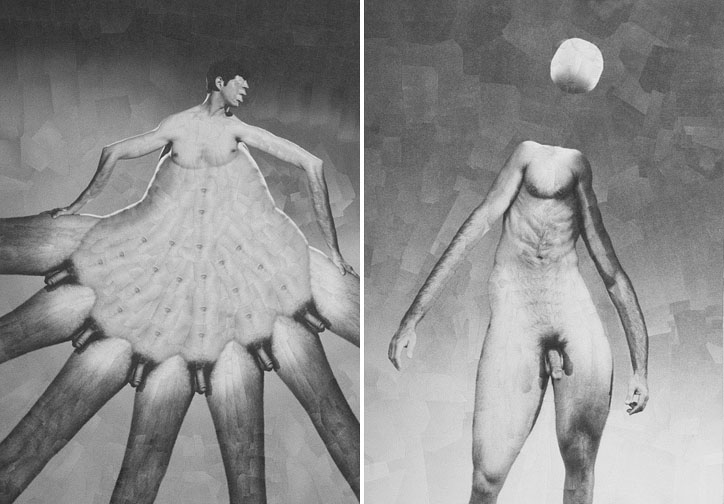 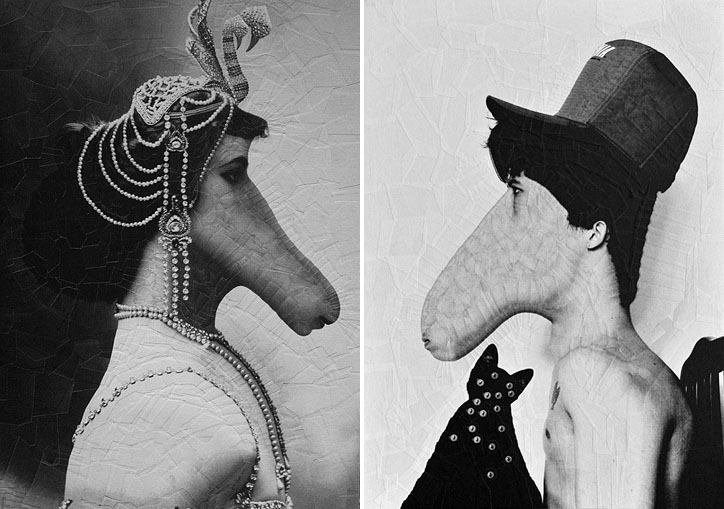 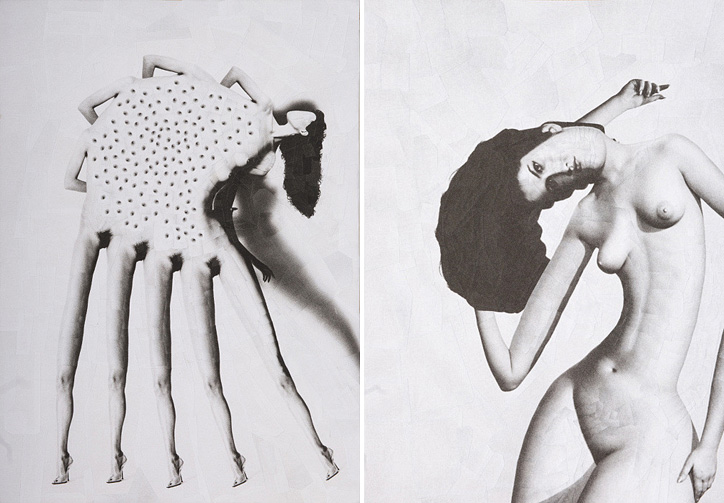 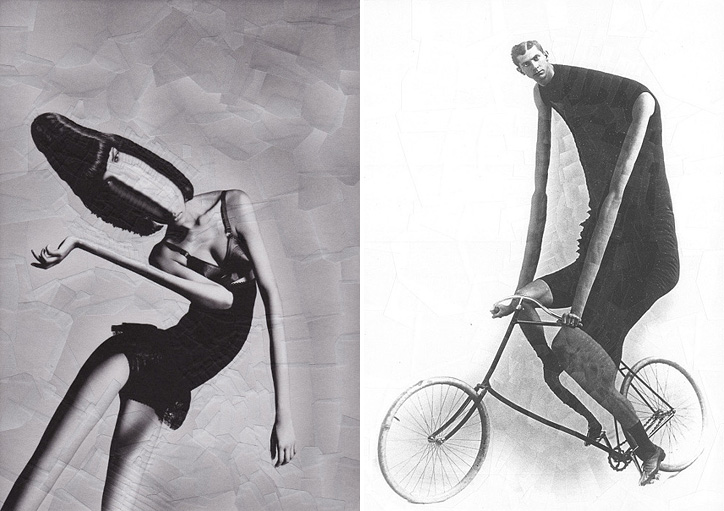 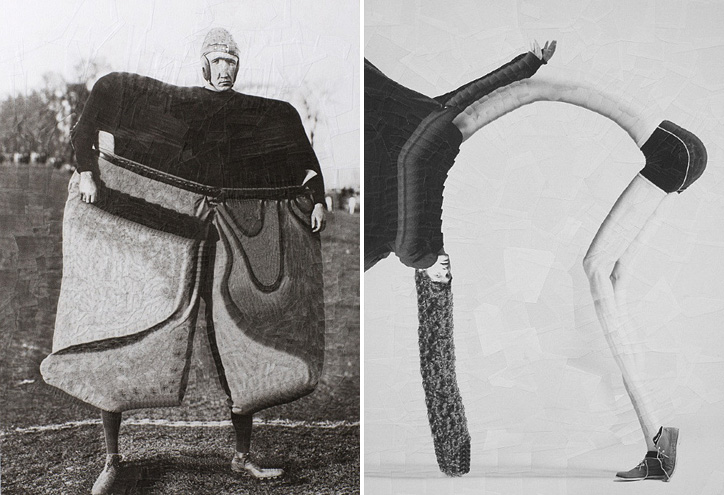 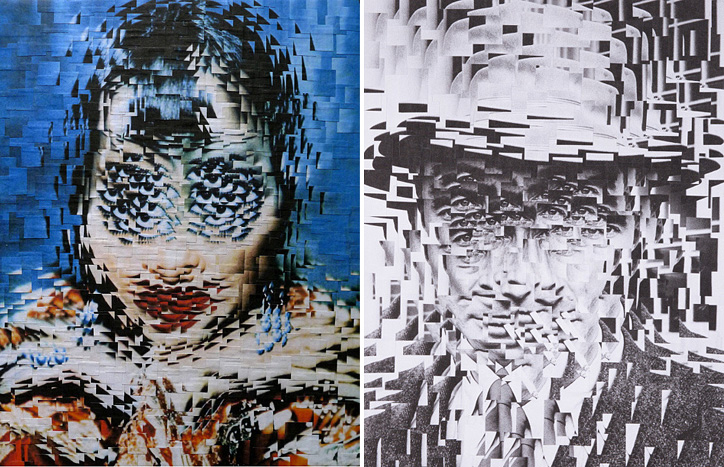 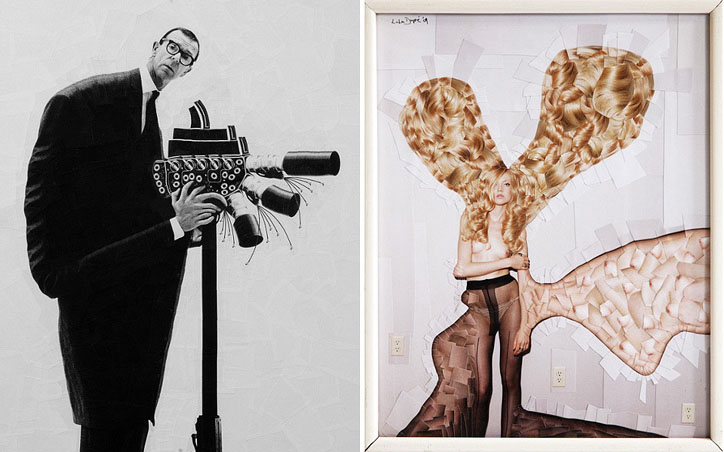 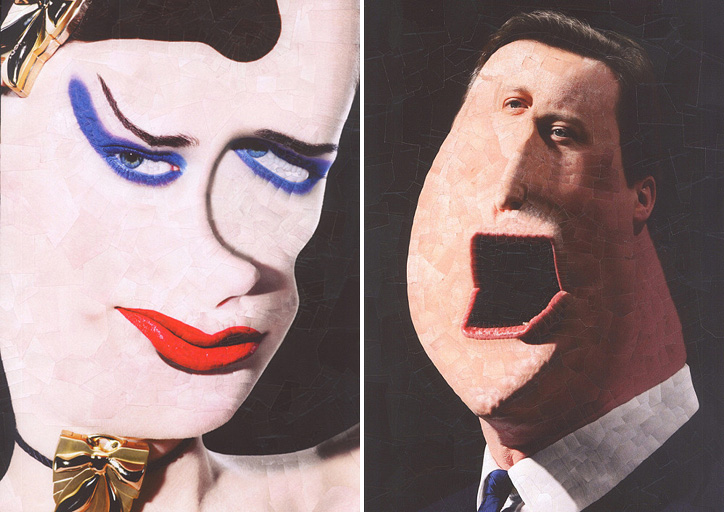 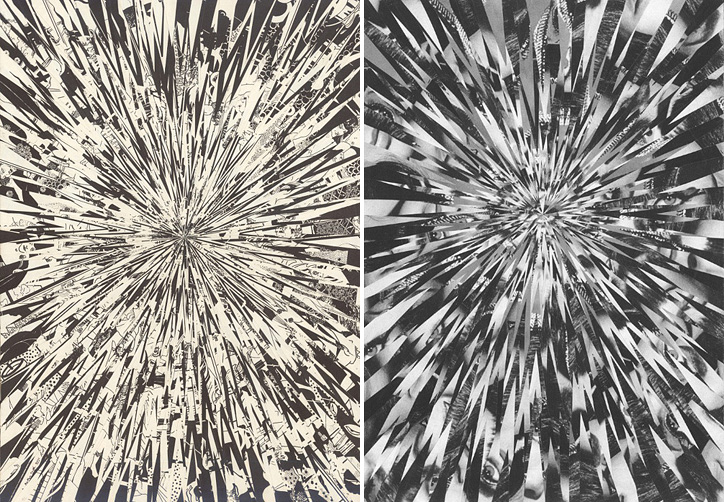 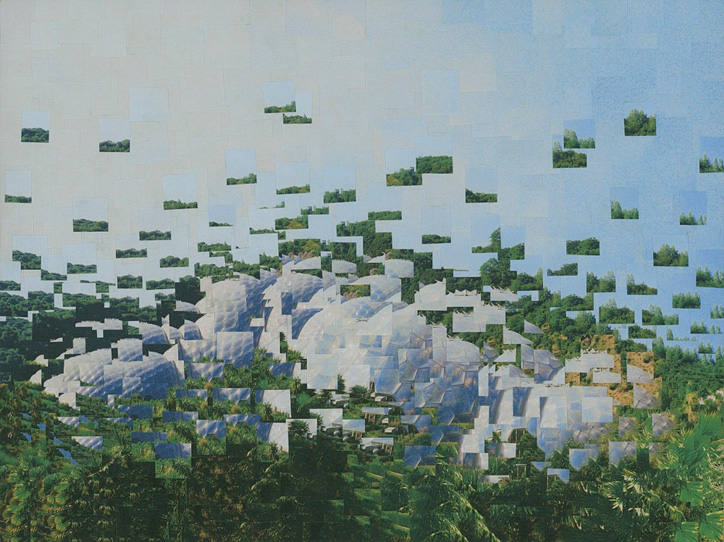