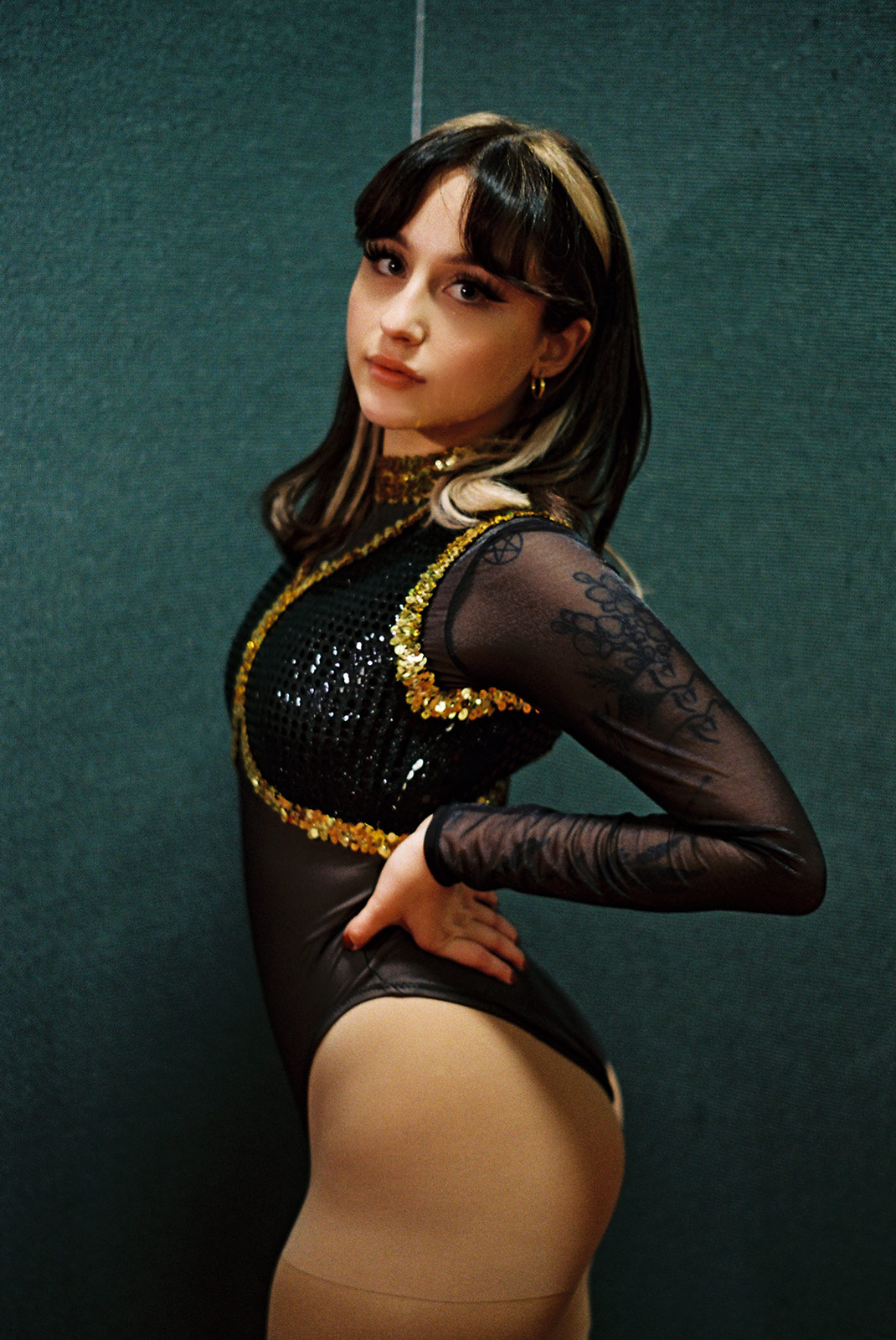 We all have different ways to cope with whatever hardships or challenges life throws at us. Whilst some of us convince ourselves that self-destructive behaviour and partying helps, others turn to hiding behind their humour whilst the very brightest of us are able to channel and express all those experiences, good and bad, into art. This last one being Los Angeles-based singer-songwriter Lav's chosen coping mechanism, one that has gone from being a simple bedroom hobby to a full-blown music career.
Growing up in Venice Beach California listening to artists like Peggy Lee and Lana Del Rey (whose influence is felt throughout her songs and visuals), Lav found safety and comfort in poetry from an early age. She soon realised that through her writing and by opening up the darkest deepest parts of herself, she could and would be able to connect with people through social media. A place where she's not only managed to showcase that raw talent but also share the many different sides that make up her existence. From showing her funny side on TikTok to her sexier one on OnlyFans to the vulnerability on Twitter, it's this well-roundedness and complexity which has led her to amass an online following in the hundreds of thousands.

However, it wasn't till 2018 when she released From Me, The Moon; a poem turned song which she recorded entirely in the solitude of her bathroom with a ukulele, that Billie Eilish reposted on her Instagram story that her music career truly took off. Since then she's released a selection of stand-alone tracks like Wavy and her latest Reds, both songs which further explore the haunting intimate bedroom dream pop that she's getting known for. We spoke to her as she works on a new EP, one she hopes will be released sometime this year.

It's February 2021, what are your wishes for this year?
Personally, one of my wishes is to be more social. Before Covid hit, I had kind of become a recluse, even before we had to be. It’s a goal this year to make myself socially interact! And of course, I’m also hoping the world recovers from the pandemic, both economically and socially.
How would you describe your music to someone who’s never heard you before?
I’d say it’s dreamy! My art and sound are both very sexual in nature, even if not provocatively so! I think melodies are a sort of sexuality. Most of my songs are about love and even sex.
What are three things you cannot live without?
My boyfriend, my pets, my Hitachi massager.
Which poets and writers inspire you?
Lang Leav, Vladimir Nabakov, Fiódor Dostoyevsky, Lana del Rey, Marya Hornbacher, and the list goes on! 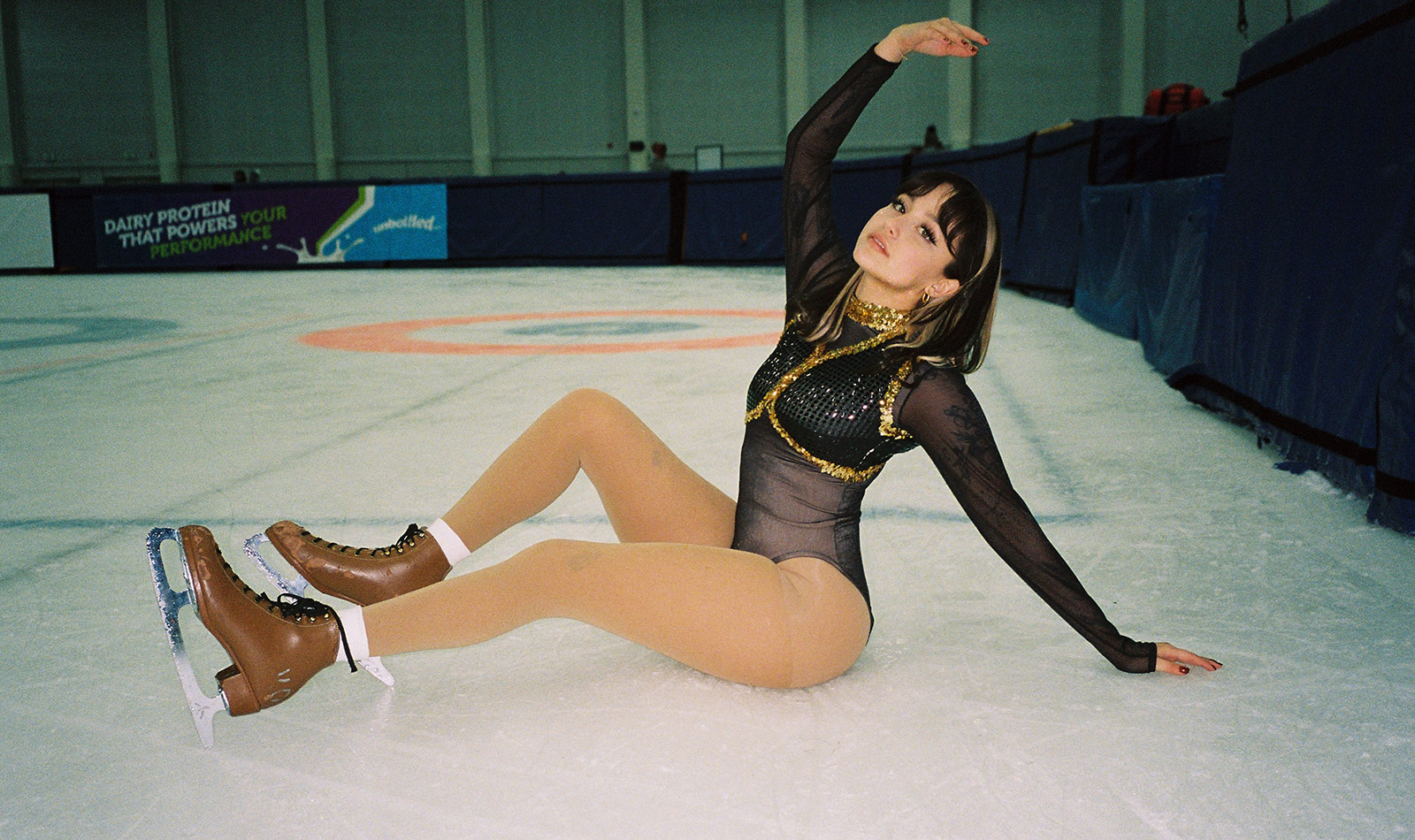 What's your creative process like when it comes to writing a poem or a song?
I usually write down phrases all day. Any time that I like something somebody says, overhear in passing or a particular feeling I get I write it down. Then I will sit down with my ukulele or guitar and fish out melodies, matching the phrases to the melodies and writing around them.
How and when did the transition from poetry to song happen?
I have written poetry all my life, cathartically, never thinking I’d be someone who would be able to be an artist or make it in the industry. I just kind of set it aside until one day I picked up my ukulele and decided to actually write a song. I’d always sang, but the jump to 'singer' was very foreign to me. Even now, I still consider myself a writer first.
What are some of the more recurring themes in your writing and why do you think that is?
Love and sex! I think some of it has to do with my zodiac sign! I know that sounds silly but finding out I had five placements in Cancer (ruled by the moon), and two other placements ruled by venus really resonated with me. I thought, maybe I was just destined to be heartbroken? I’m someone who loves to love, and I love hard. I fall in love with everything I do, everyone I meet. Love is just something that’s always on my mind.
Which one of your songs is your favorite and why?
I’d say From Me, The Moon is my favorite because it felt like therapy. I wrote it about a relationship that burned too brightly and started to simmer out, and how I was feeling about maybe closing that chapter of my life. This relationship was so transformative that it makes sense that the song also was transformative.

What did it feel like when Billie Eilish praised your songwriting on TV? Have there been other musicians who have shared or reached out to you?
I was gobsmacked. Not only did she like the song but she loved it so much she wished she had written it. I don’t think there’s a higher compliment in the industry. I also love her and everything she stands for so it was incredible.
I actually have had the privilege and honor to be in contact with so many artists I’ve loved throughout the years. Some who even have inspired my writing and I've been able to make friends with them. It seems silly that this is my life now.
Are there any other writers or musicians you would like to collaborate with in the future?
I mean, making a song with Lana del Rey would be insane. Most of the artists who inspire me or whom I hold on this list aren’t possible because they’re deceased. I’ve always been a listener of the 'adult standard' genre (before the '70s), so most of the artists I listened to have passed away in recent years.
So far you’ve released stand-alone songs, are you planning an album or an EP soon and what can we expect from it?
I am planning an EP! And you can expect that I will cry once it’s out because it’s been such a long time coming! I think you can expect me to analyze my life through my lyrics, with my same dreamy tones and melodies. You can also expect to get a deeper understanding of how much the relationships around me mean to me.
How does your social media content differ from the music you put out you think? What’s your relationship like with social media?
I think my social media persona is wildly different from the music I put out. I’m a very open person, but I’m also an extremely private person. And I think this duality can be directly seen through how I navigate these two things. My songs are like my diary, my social media is more my personality. My deepest feelings, most I’m afraid to share, are littered throughout my lyrics and songs. While on social media I’m the loud and boisterous activist person that I am. I think a lot of my appeal lies in my duality, because people are complex, and I guess a lot of people relate to the complexities of my personality.
What was the highlight of your 2020?
The highlight of 2020 was for sure reconnecting with my love of burlesque. I’d always loved burlesque and dabbled in it, but I think in 2020 I’d finally committed to the idea that I’d either incorporate it into my career as an artist or in general! I really found myself this year, and honed in my loves and interests!
Finally, any advice for any up and coming artists?
Be you. Don’t go into the studio expecting to sound like someone else. Create something that is unique to you, and don’t be afraid to open up the deepest parts of you, you’d be surprised about how many people can connect to your exact feelings!