Down to earth crafts 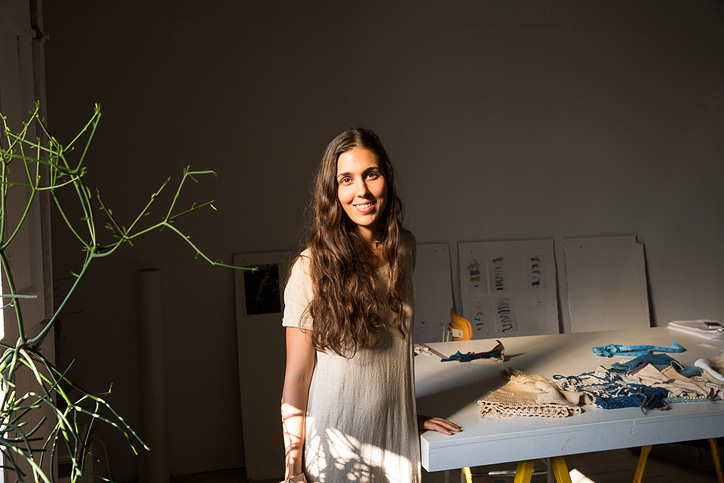 Lauren Manoogian is a reclusive designer who has created a new art form by combining the love of textiles and her unique style to create a line of knitwear jewelry. As her business grows, she continues to keep in touch with her fan base, answering the comments personally when she can. In the fast track world of Manhattan, she brings an easy going pace that translates beautifully into her art.

Did anything in St. Louis inspire you regarding your design aesthetics?

Not particularly just in St. Louis,..My mother and family are very creative and being around them has inspired and influenced me on how I think about things.

Did you always know you were going to be an artist?

No, not really but whenever I talk to my family they are always like, "We always knew you were going to be doing something with the arts. You're so creative." But actually, I've always just wanted to be able to work with animals growing up. It wasn't until high school where I started doing artistic things like painting and drawing.

Do you have a formal education in the arts or was it all self-learned?

Well, I don't really have any formal fashion training, but I went to Rhode Island School of Design training. Going to art school I learned a lot about drawing, color, all the basic stuff like textiles, weaving, printing. I design knitwear and jewelry now, which is all craft based.

What made you think to combine the two? It's a very unique niche you've created with the knitwear jewelry.

The jewelry part was actually accidental. I never really intended to start a line based on jewelry. I just made a few pieces for myself and was wearing them around. I don't really even like jewelry that much but that's maybe why I made jewelry for myself. I never bought jewelry or was ever that into it. It just kind of just took off. It got to the point where I was meeting all these people and selling it in stores. It took on a life of it's own. I had always designed knitwear for other companies and brands, after I had graduated college. That had always been my career focus. It was something I had been doing the whole time while I was also still making jewelry. Eventually I got the opportunity to design my own knit collection in this small factory in Peru. I just went for it and both things kind of happened through strange opportunities that arose. Some people, when they start a fashion line, have a bunch of money or an investor. They usually have a really clear idea of what they want to do. I always had an idea of things I want to do in relation to fashion, but I didn't really have any money and I was just doing things off the cuff.

When you're planning a new line and collection, what tends to influence that process?

I don't really do collections that are inspired by a theme; it’s not something I do. I've always been really inspired by materials involved in the process though. I knit all the original samples myself! I feel like this season I met with these natural dyers in Peru, so that influenced the collection. Things haven't really changed that much from last season besides these special dying techniques. That's for Spring and I'm already working in advance for Fall. I've been working with a mill to develop special yarn so I've been really honed in on the material lately, then going from there.

Are there any plans for New York Fashion Week?

I've never really done a fashion show or anything like that. Maybe in the future… It's hard though, because I'm a really small business. It's just me and one other person and then I have freelancers sometimes and we can barely get what we need done. Producing a fashion show is so much work and a lot of money. And, to be honest, fashion week and all that stuff is just not really me. It's not really the way that I like to do things. I feel like it's a totally different group of people in the fashion industry. I don't really think about things that way. If I was going to do a show I would want it to feel natural and something I would want it to be something I'd be really excited about, and to not just do something for the sake of doing it.

Do you feel like the jewelry line is more of an extension of yourself rather than a business?

Well it’s a business, and that’s how I support myself and others so it needs to function as such. It’s an extension of myself in the sense that I have to enjoy what I'm doing because it's not a huge company so if I'm not happy or excited about what's going on then I'm not going to do it. It is growing fast, it's so easy when you're doing business on a small level to change things a lot.

So you are a part of every step in the process?

Yes, I pretty much do everything. The only thing I don't do is invoicing. I feel like there's a reason why I don't have a job working for someone else. I'm meant to do something where I get to do what I want and make all the decisions about it.

I think my favorite part of the process is researching the materials and then working with the knitters and crew on making the production samples. It's a pretty collaborative process and I learn a lot from them and we think of a lot of interesting things together that I wouldn't have necessarily thought of. I like working in my studio and making shapes. It's getting harder as the business grows to carve out time for that. I'm trying to always find time to work on the knitting machines, organizing, and other busy work like that.

Is there any person you'd be incredibly excited to wear your work?

I really don't know. I think it's cool to see anyone wear your stuff. I'm sure if I thought I about it more I could think of somebody. I've gotten a lot of emails from people who have bought my stuff from all over the place. Like I got an email from a 65 year-old woman and then a 19 year-old too. It's interesting to know that you make something that a lot of different people can appreciate.

So you really love to interact with your customers and get positive feedback?

Yes. I don't always get a chance to write back to them in a timely manner, but it's exciting to know that people really appreciate what you're doing. It's not like a fashion item where someone sees it on a celebrity and someone can just go buy it most people who buy it genuinely like it. People will email me ask me how to store it properly and they want to have it for a long time and take care of it.

Do you hope there will be a day your pieces become timeless and always fashionable?

I hope they stand the test of time, but I don't know if anything is literally timeless.

Do you have any big plans for the future?

I've been getting deeper and deeper into researching new materials. The most exciting thing right now is that as the business grows I've gotten more money from bigger orders. So, now I can spend more on specific yarns I may want and develop special yarns. We've been able to move into a bigger space where we have all the knitting machines set up and I think I’m going to start launching an ECommerce and start doing some small scale in house production because right now I produce everything in Peru, but I know a bunch of other people interested in doing knitting and maybe making small addition pieces that we would knit in house. Those would then be up for sale on the web site! 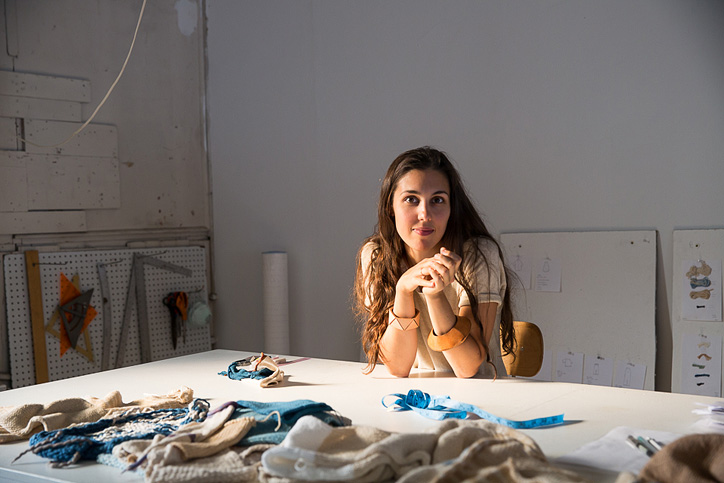 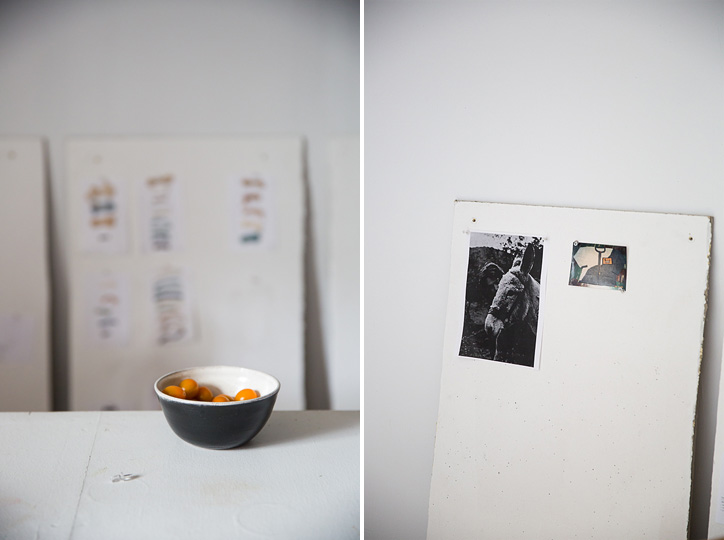 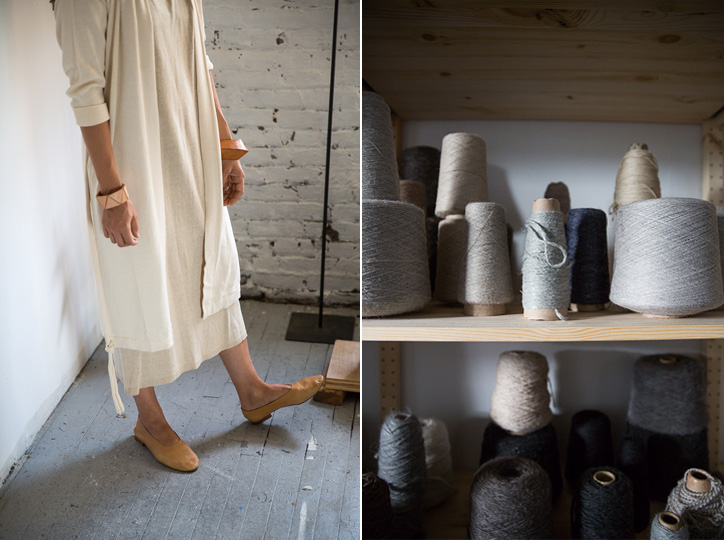 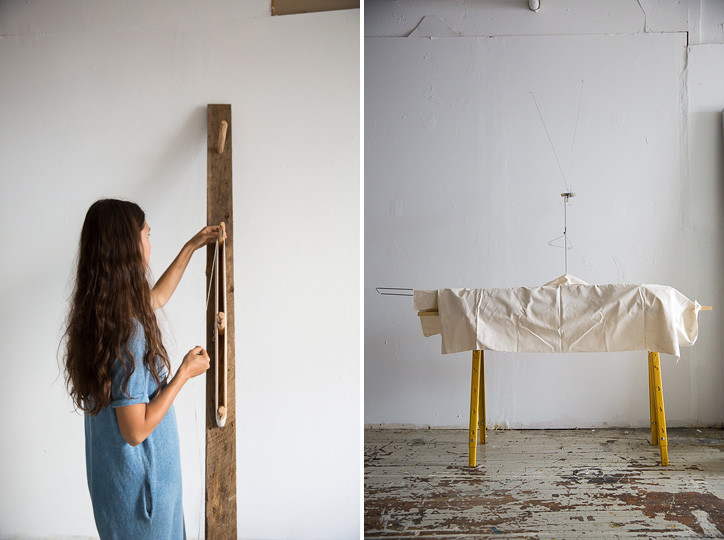 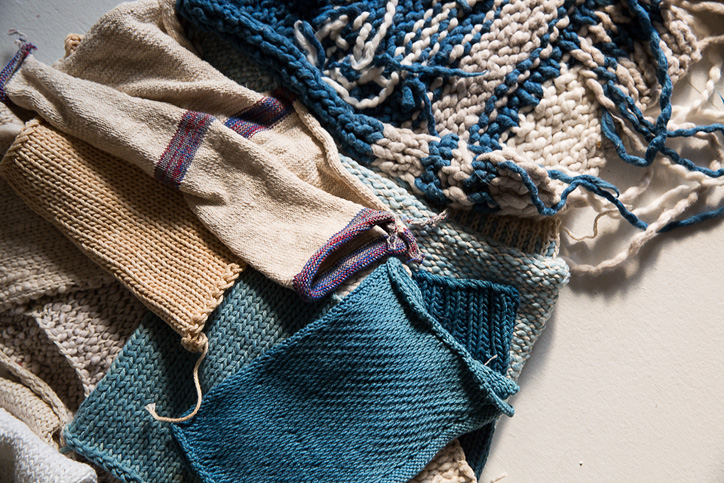 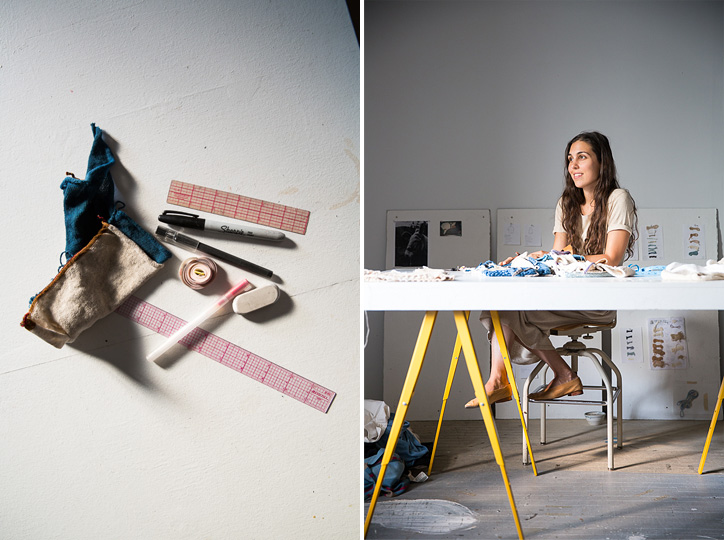 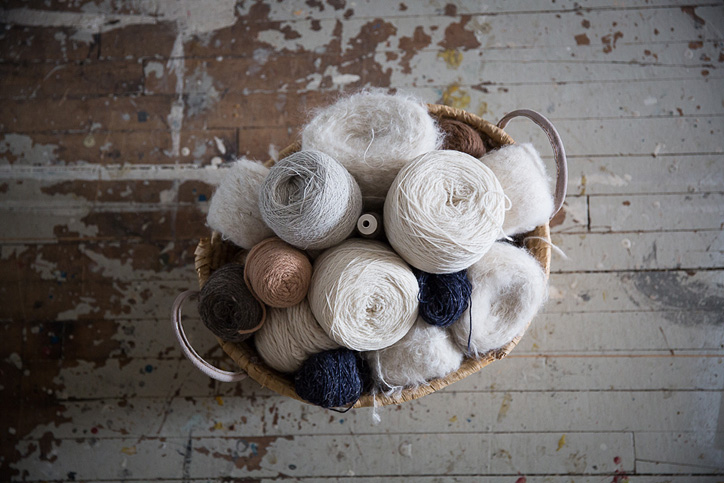