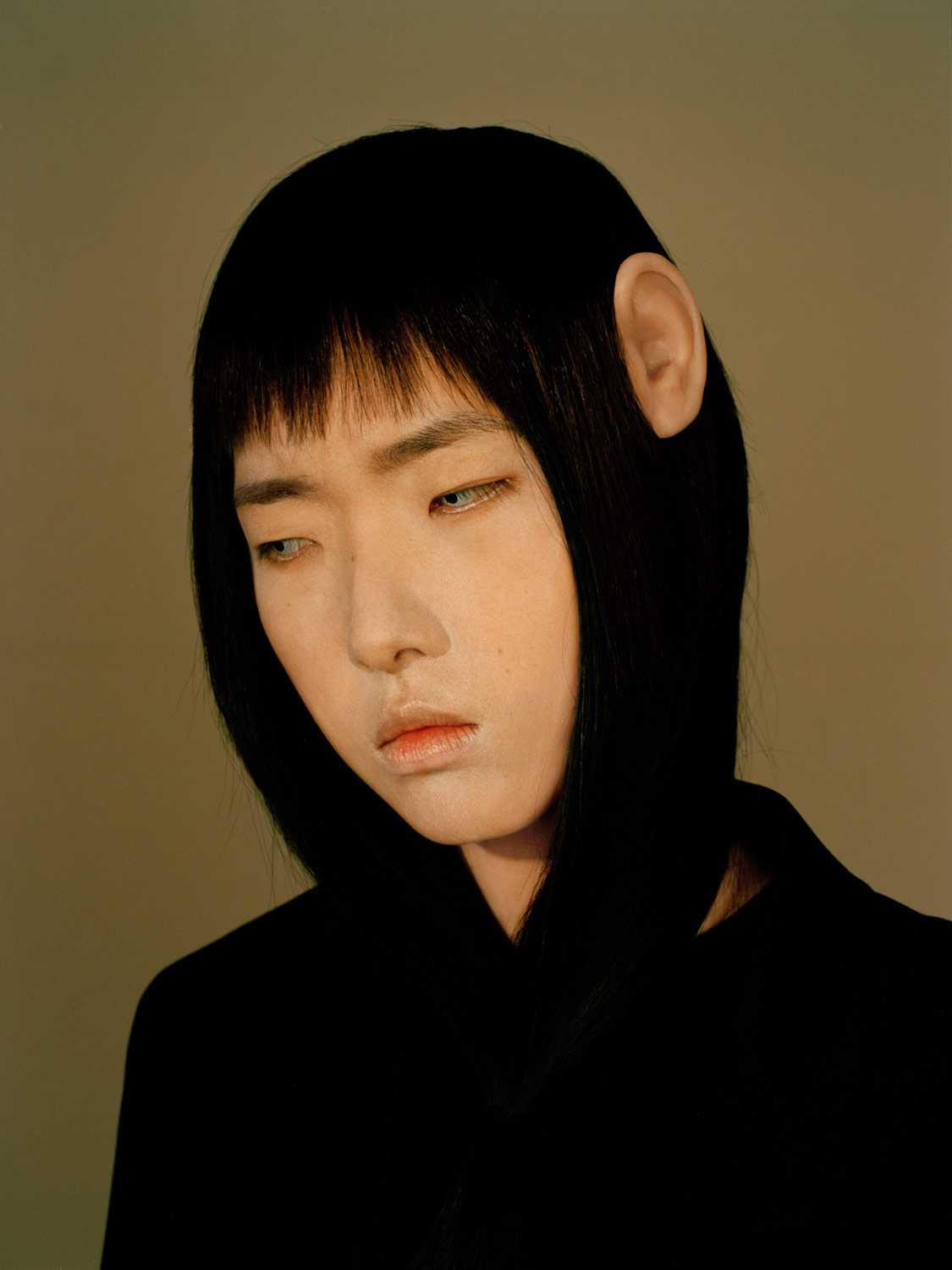 Preoccupied with metaphysical questions and influenced by philosophers and thinkers like Heidegger and Kierkegaard, artistic duo Kuzma Vostrikov and Ajuan Song, aka Kuzma & Ajuan, explore some of the deepest corners of the human psyche through fine art photography. They met in New York City – where they both sort of escaped – just a few years ago but felt an instant connection that has led to various joint projects, being Absolutely Augmented Reality the most important.
Currently, they’re exhibiting their work in their city-cum-refuge. Curated by Coco Dolle and presented by the Orange Art Foundation, the show Wonder Without Land is on view until December 2 and presents more than twenty photographs together with an immersive installation that take you to their unique and unclassifiable work, influenced by art history masters like Magritte and Warhol as well as more subtle, harder-to-decipher references. We take the opportunity to meet them and discuss the notion of reality, their love for NYC and why their work should not be considered surreal. 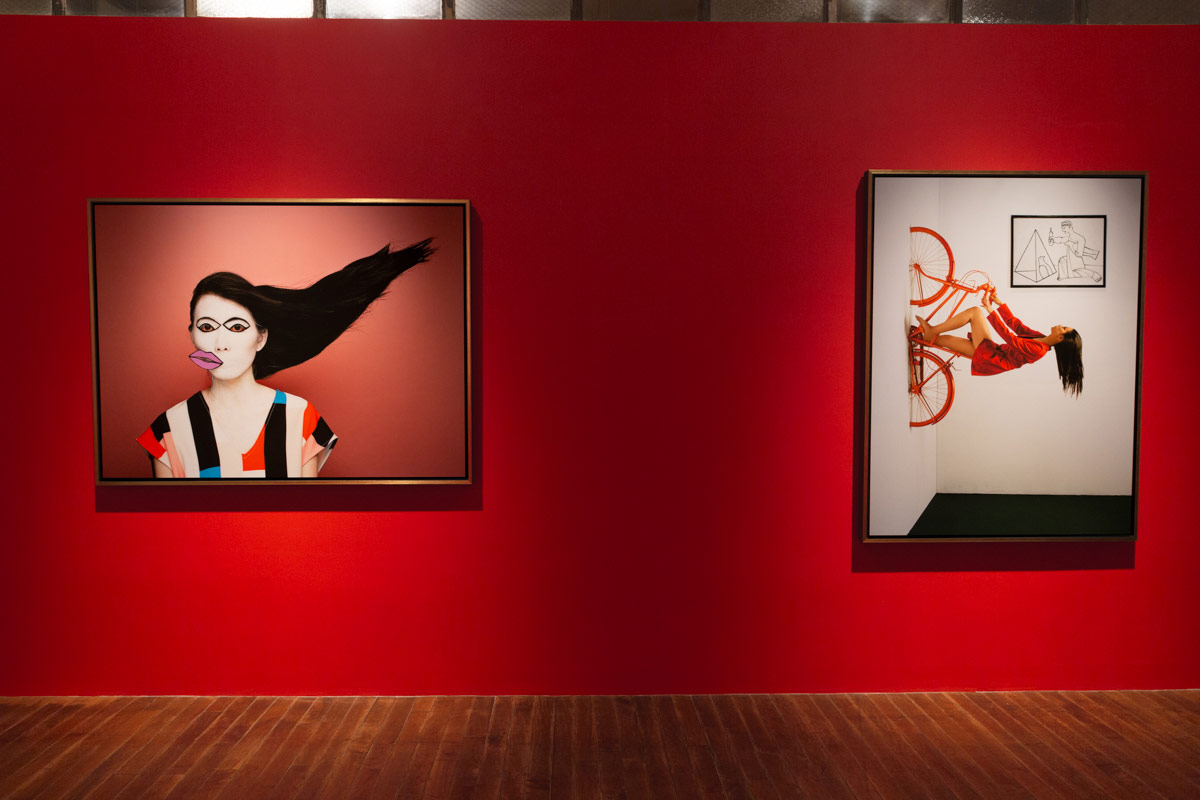 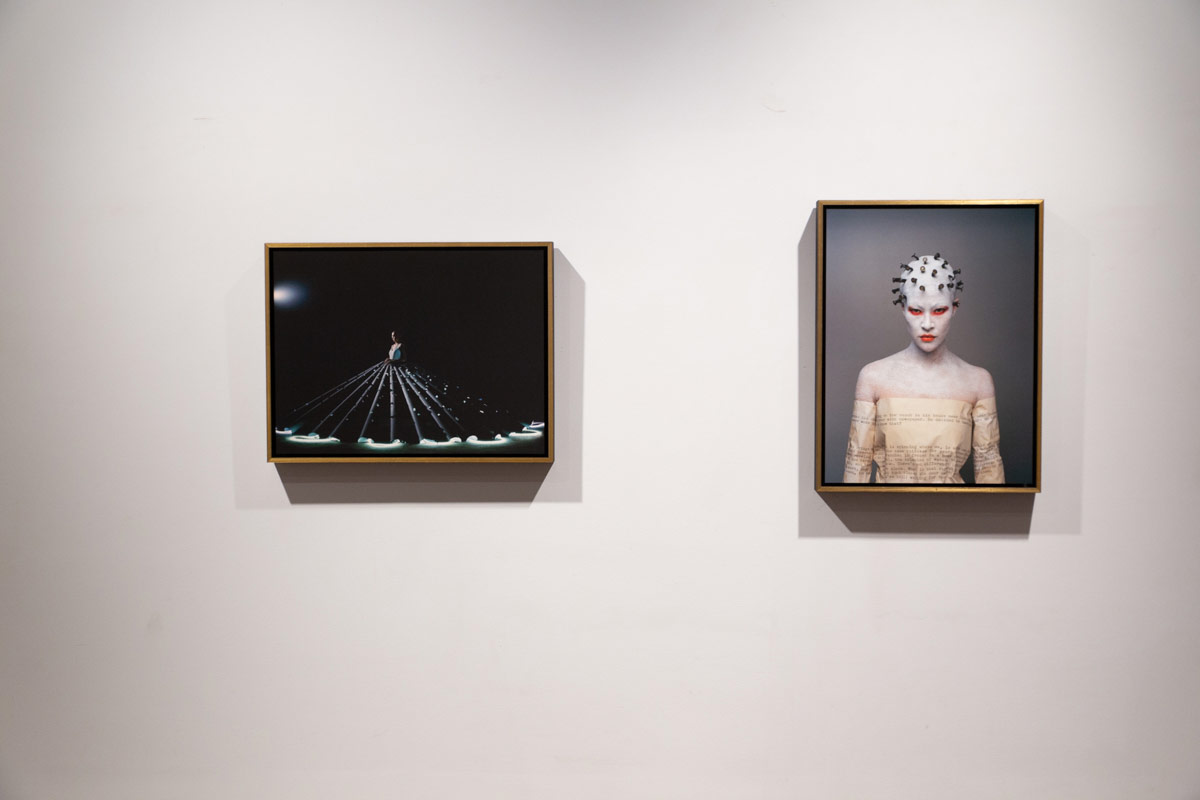 You’re currently exhibiting your work at the Orange Art Foundation, in an exhibition titled Wonder Without Land. The title references the old-age utopic place ‘Wonderland’, but why is ‘wonder’ more important to you than ‘land’ in this case?
As we said before, we’re all searching for a new state of being. We want to tumble down a well. The exhibition’s title reflects that desire. Emir Kusturica’s Life is a Miracle – the film. All we’re doing is shooting the sequel. Wonder Without Land is the glimmering of an aurora borealis that has no national borders.
In previous interviews, you state that you’re not surrealists because you aren’t examining the subconscious. However, your style is pretty much influenced by this 20th-century movement, even if just visually – at least, I see some references to Magritte, for example. If not surrealist, how would you like your work to be perceived and described? How do you define it yourselves?
We’ll answer very simply: An Introduction to Metaphysics. Or, if it suits, even Being and Time. We’re the Heideggers of photography. We’re photo-existentialists practising anthropological symbolism, if you will. Existential truth has to be lived, it can’t be proven. That’s Søren Kierkegaard. Existentialism is the formal way into our labyrinths, so to speak – the entry ticket. A necessary but not sufficient condition.
Going on: Magritte is the simplest detail that has jumped out at you. Because the rest of the details lies behind that first page. Bergman, Tarkovsky, Fellini, the film Amarcord, Jarmusch to some degree or another – they show through our photographs and sneak along behind us. Go ahead, x-ray the paper we print on. That, and the authors themselves are, as it were, located outside of photography. Their rocket lifts off from its surface and flies into outer space. Visually, you could find Botero and Picasso and Cézanne and Warhol, and maybe others.
In Wonder Without Land, you exhibit twenty photographs together with a multimedia projection and an immersive installation. How do you feel these different formats contribute to the creation of your own world and convey your ultimate message?
The Absolutely Augmented Reality (AAR) project was initially conceived as a large-scale performance that photography had a part in. The photo-taking process is inherent to AAR, as well as drawings, cinema, and some of the set-dressing. The Bushwick warehouse that served us as a studio was part of the performance too. Wonder Without Land plunges the viewer into what we ourselves were feeling as we lived through that experience. It’s not just finished photography here but also the subject matter as a foundation, a system of coordinates for what is being created in our imagined world. The video installation is a window through which static photography comes alive through animation, where all the plots and the characters, initially frozen in place, begin their own stories.
Your images are pretty much staged and use lots of props and manipulation, so I guess you previously sketch what you’re trying to achieve and then start getting everything you need to do so. Tell us more about the process behind a picture, from when you think it to when you finish. Do you divide tasks? Do you have predefined roles, or is it something more organic?
At first, the idea was to get a hundred plot-based photographs on film. We were going for a maximally concentrated statement united by an idea, to the extent that our creative muscles would allow. Modern photography is quite technically complex but we use the camera like a brush, not as a means of selling goods in sharp focus. We like the element of naivety that was achieved in AAR, partly by unforeseen circumstances.
For this project, Kuzma made about one hundred and fifty sketches to base the photoshoots on later. That idea went through several stages before it was a done deal. The original idea was apt to change. Details were added. The lighting and stylistics are decided on in a separate process. Some of the sets turned out complicated and took a long time to do. The props were a whole other department. We garnered a colossal amount of experience in what can’t be done with sets and props.
Costume choice was yet another long story. This project required teamwork. We divided up the tasks, but time and again drowned together. We have a small ship (a spaceship!). Even though we were the project’s photographers, the two of us alone could never have coped with all the tasks. For instance, our team had a gaffer, Arseny Grobovnikov. A makeup artist, Tara Carrara. We worked for several days with stylist, Neda Dion. It was unforgettable to collaborate with these amazing people and many others. 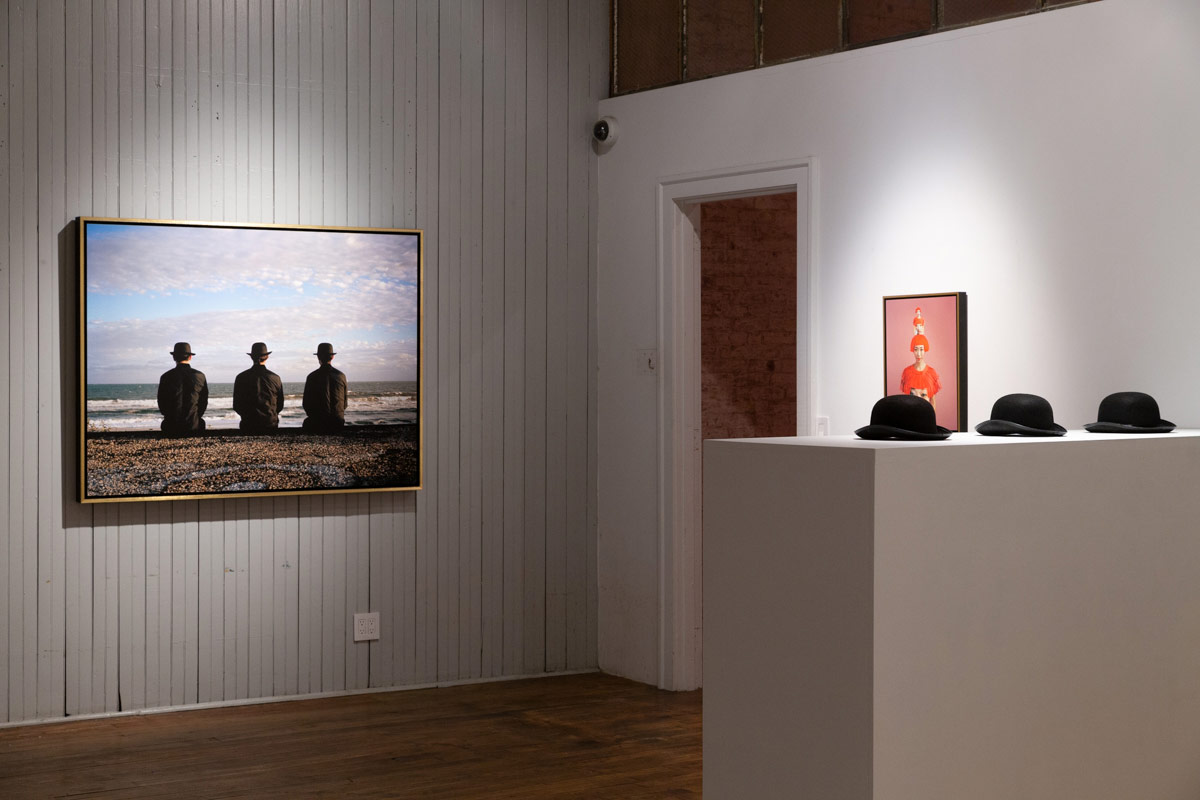 You create a sort of ‘metaworld’ using recognizable elements like the McDonald’s logo or references to art history masters. Are you trying to create a parallel reality somehow? Maybe to escape from the one you live in?
We’re sweeping away the dust from mirages of stars. The still camera is a Hubble telescope that gathers the despondency of a faraway radiance. Metaphorically, we are doomed to die in our homes, never having made it outside. We don’t know what’s on the other side of the porthole. Through the telescope, you observe others who are doomed just like you, living as mirages. The sealed capsule containing our little lives flies off into space, which we know hardly anything about. All we know how to do is ask a few questions. We all departed from reality long ago, and we’d like to bring that reality back. We have a common problem. Our reality is lovely if we take off our headphones and raise our eyes from the monitor to the sky that’s still blue or the moonlight reflected on dark water.
You’re working on the Absolutely Augmented Reality project, for which you’ve created sub-series and exhibitions. Tell us more about it and what relation do you draw between these series and the actual technology of augmented reality.
We wanted to do something that was impossible to repeat. As we said earlier, Being and Time is a thunderous poetic manifesto of our time that prescribes the necessary level of complexity. Ultimately, we’re doing the same in a photographic idiom. The interpretation of time as a possible horizon for whatever way to render being intelligible – Martin Heidegger. We’re in the right town and at the right age to issue a significant statement: it’s simply now or never. The senseless racket from the civilization’s machinery is polluting its listeners’ hearts. In the cheap, high-sheen suits of sweet simplicity, there’s prestige in being a cynic, as if all God’s servants are really that good at perpetrating evil!
But if you’re born to hear silence, space, colour, tints, if anxiety and curiosity help you stride off into the unknown, then that is what you have to do. Absolutely Augmented Reality is the entrance to a floating museum that addresses the ostensibly outmoded question of being present. The museum is ‘the visual what-is’, which can be the jumping-off point in posing the question of being. We are contending that the what-is – objects, thoughts, ideas, augmentation – expresses the puzzle of nothing less than being itself. AAR is an introductory experiment in our investigation into metaphysics.
What else is in the pipeline for you? Are you currently working on new series or exploring other themes related to technology and reality?
Ajuan: Next year, our AAR photo book will be published by Swiss publishers Scheidegger & Spiess. Next year should also see the release of a documentary film that tells about the project. We’re planning a new series of photographs as well. Kuzma wanted a thousand. Even so, though, we’ll confine ourselves to another hundred. We have solo projects too. Kuzma recently finished a novel, Just to Land in Tokyo. Kuzma and I collaborated on the photo illustrations. I have been working on a series titled Tear of Nature. And Kuzma is contemplating making a feature film about New York. There’s a lot that’s interesting up ahead. 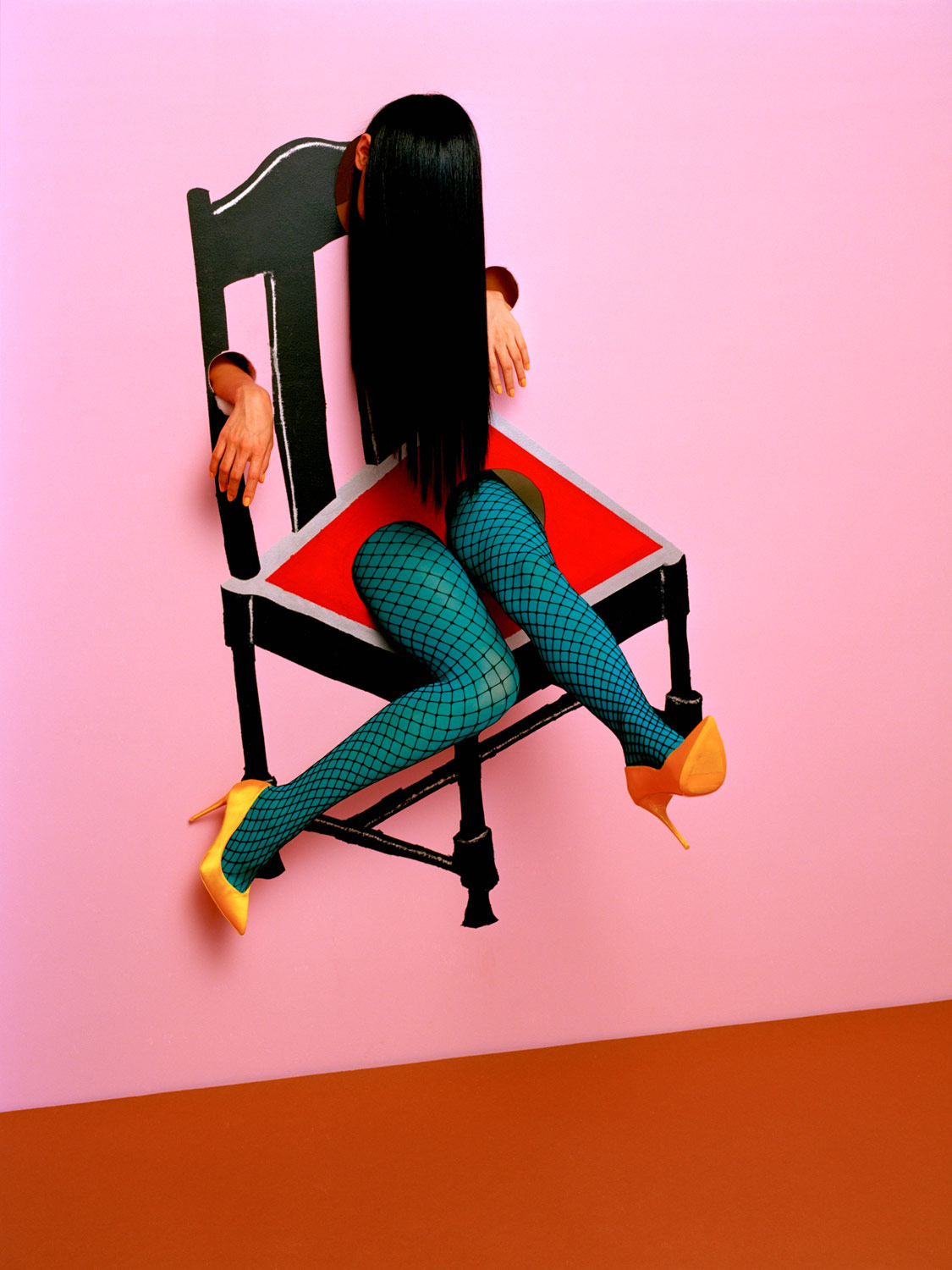 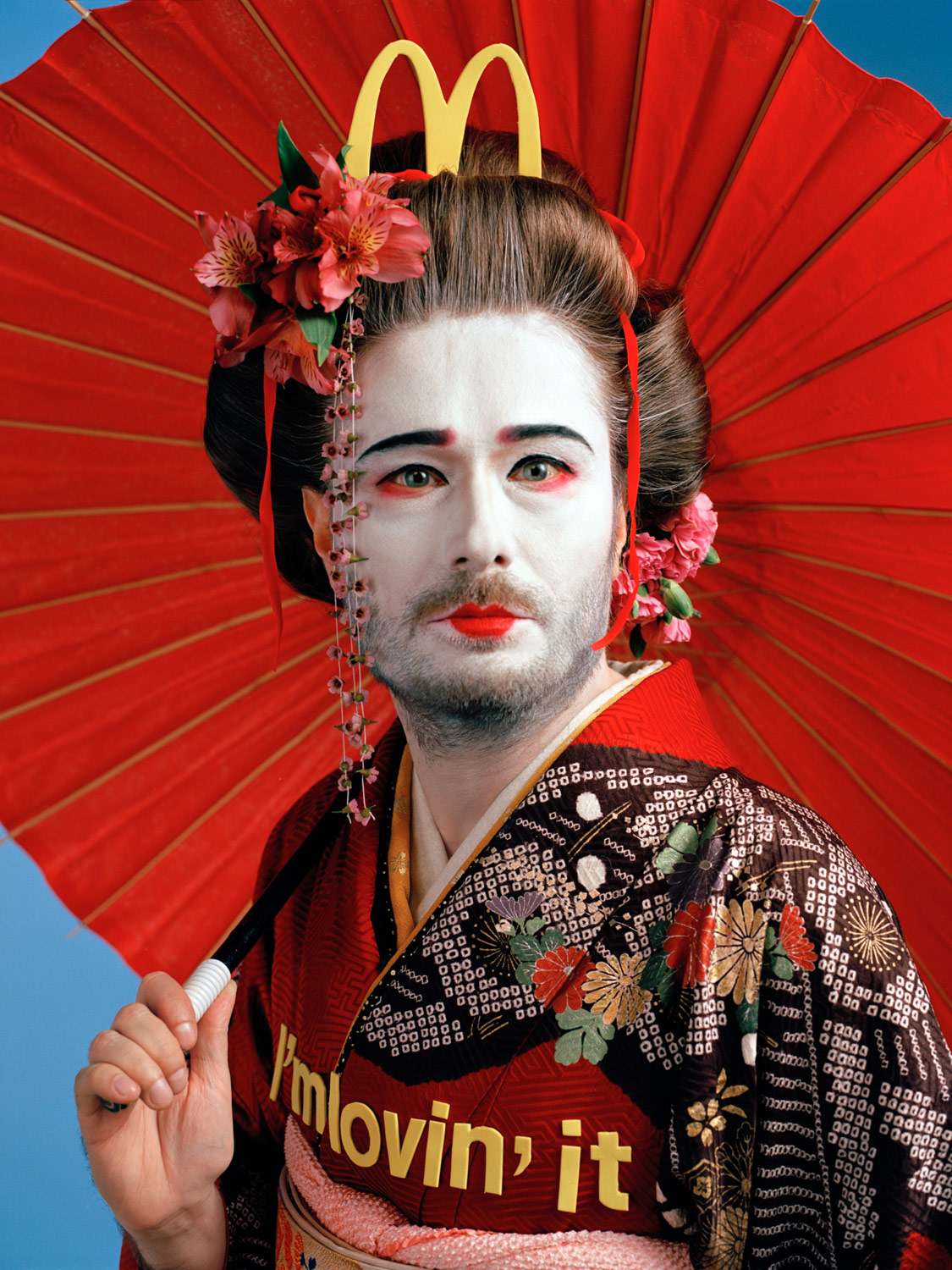 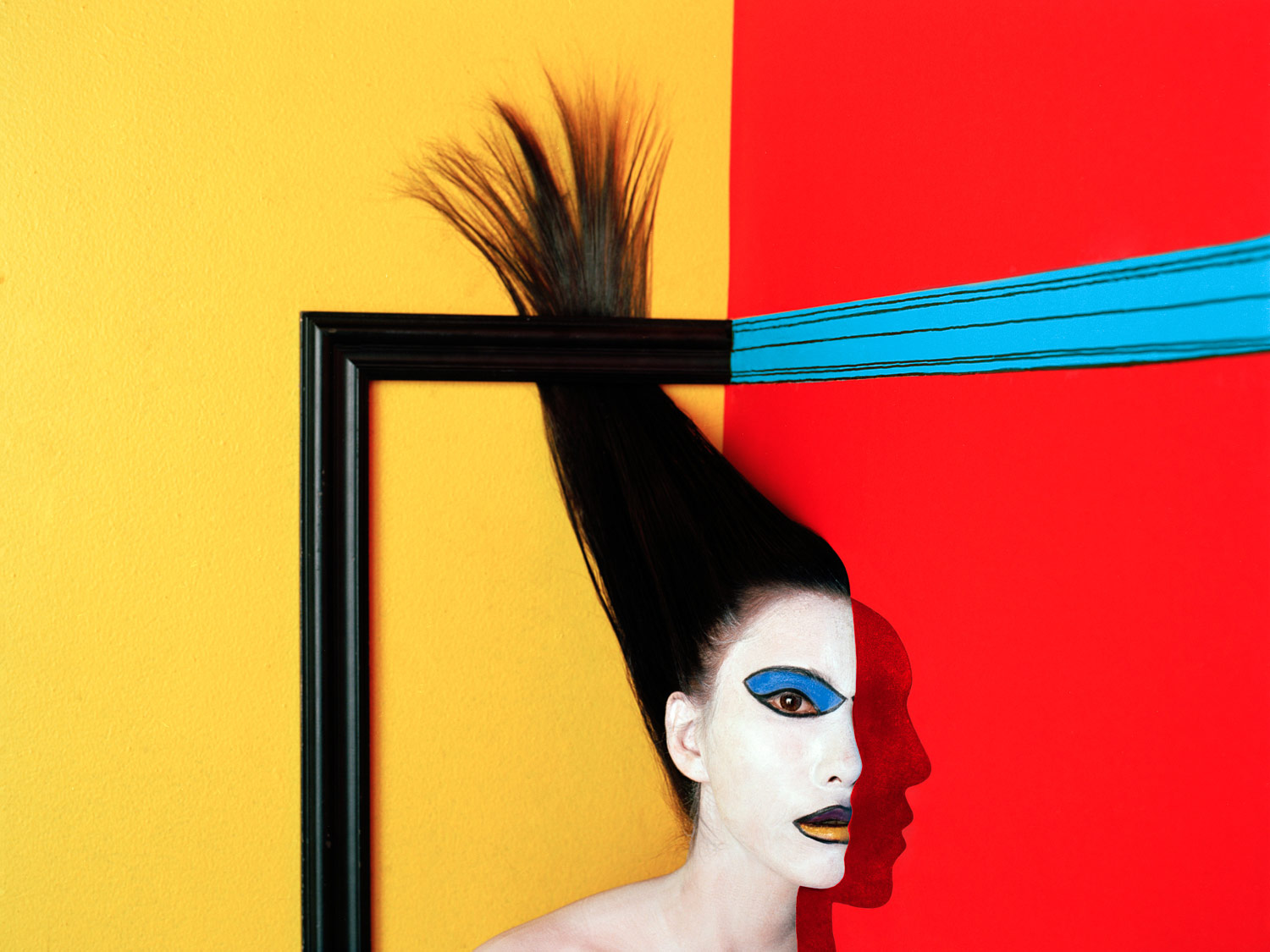 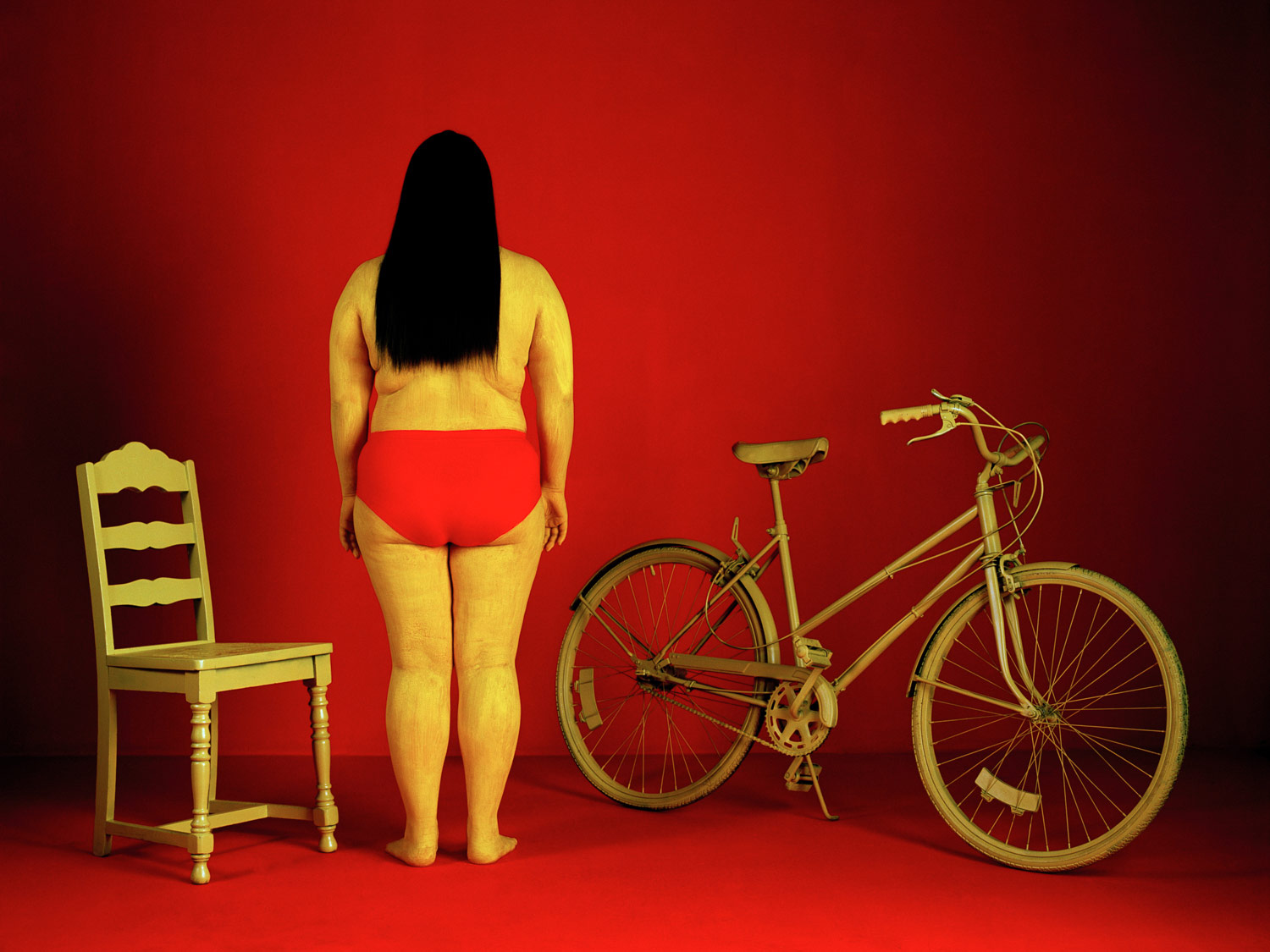 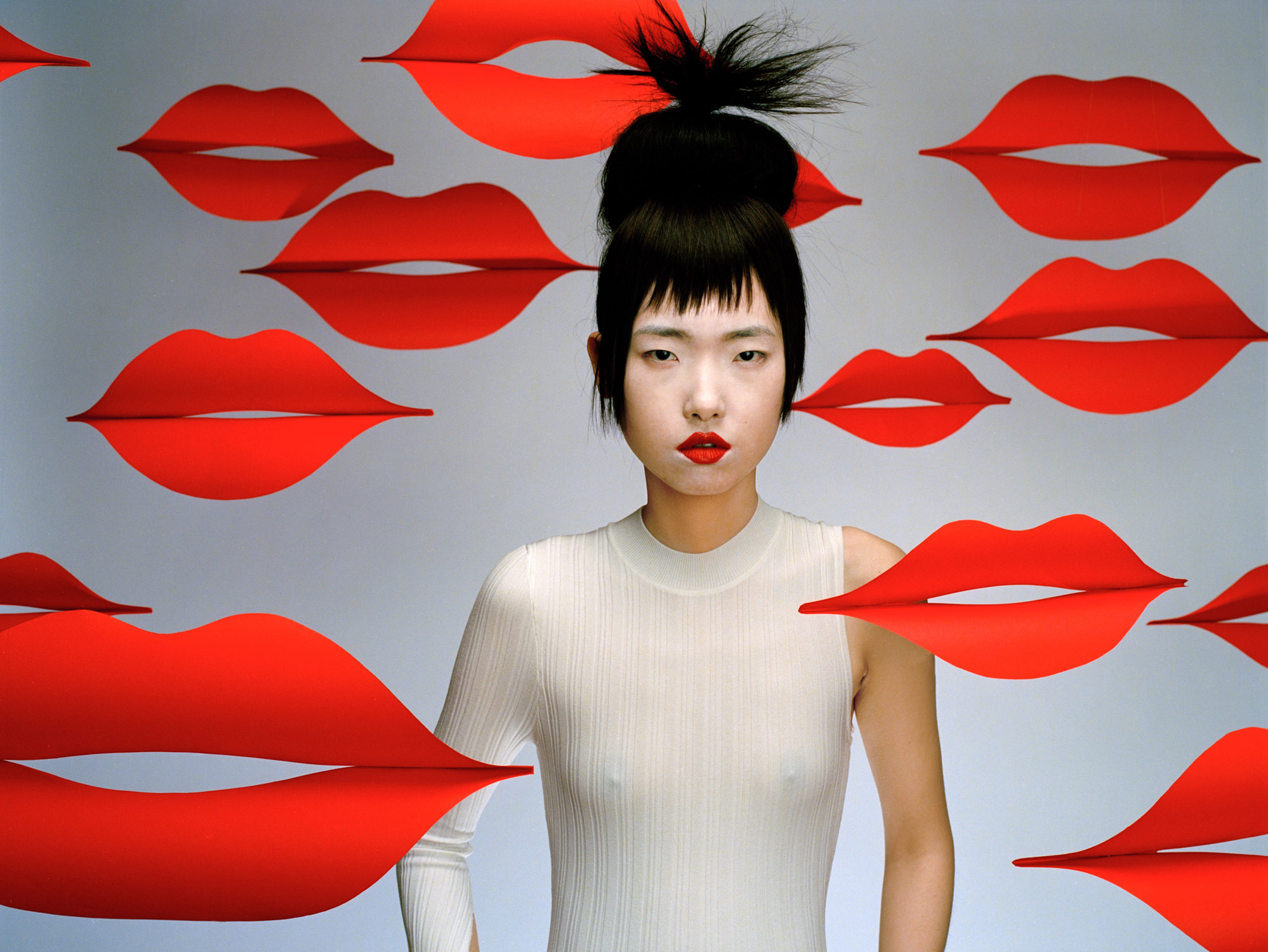 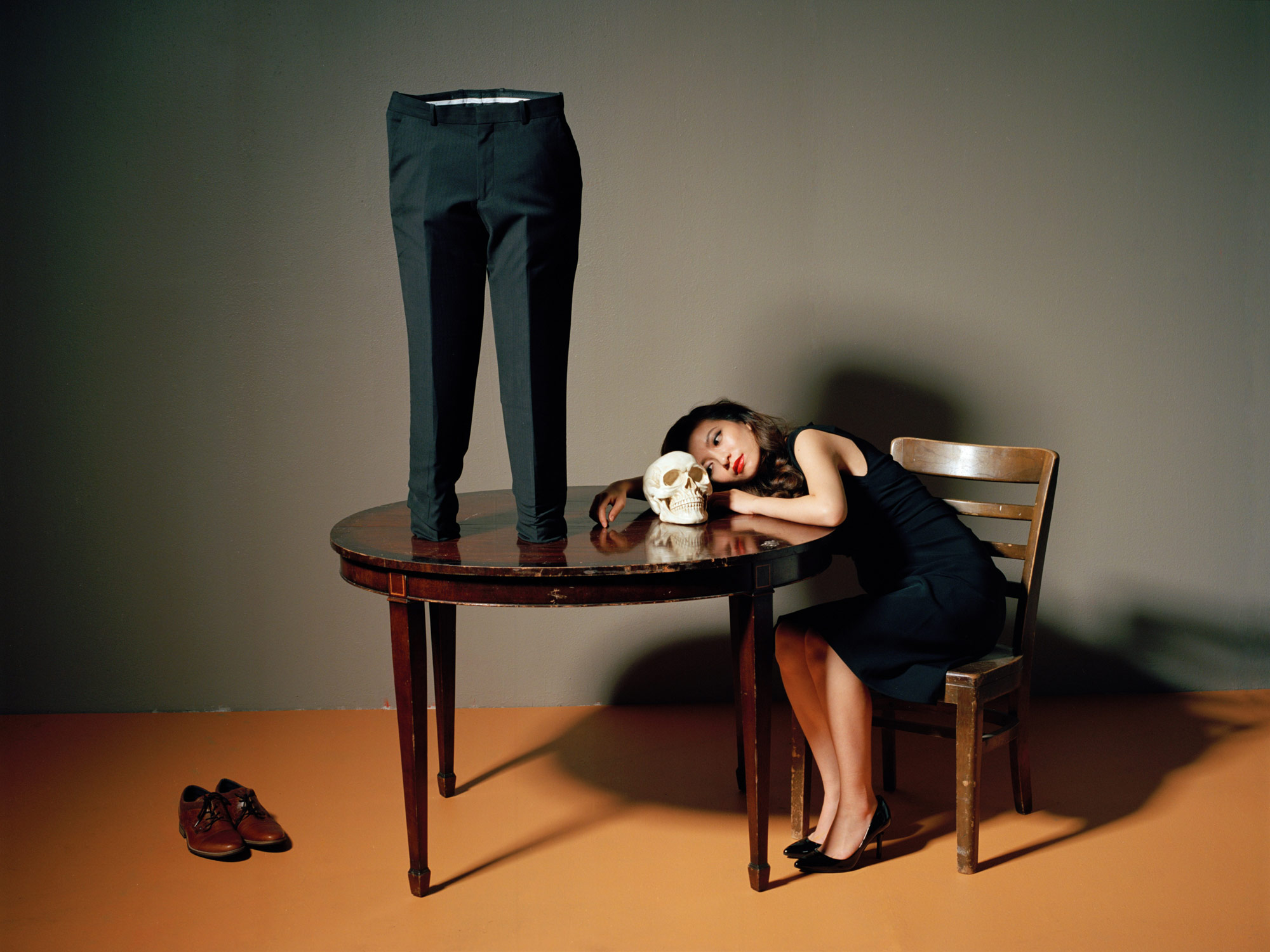 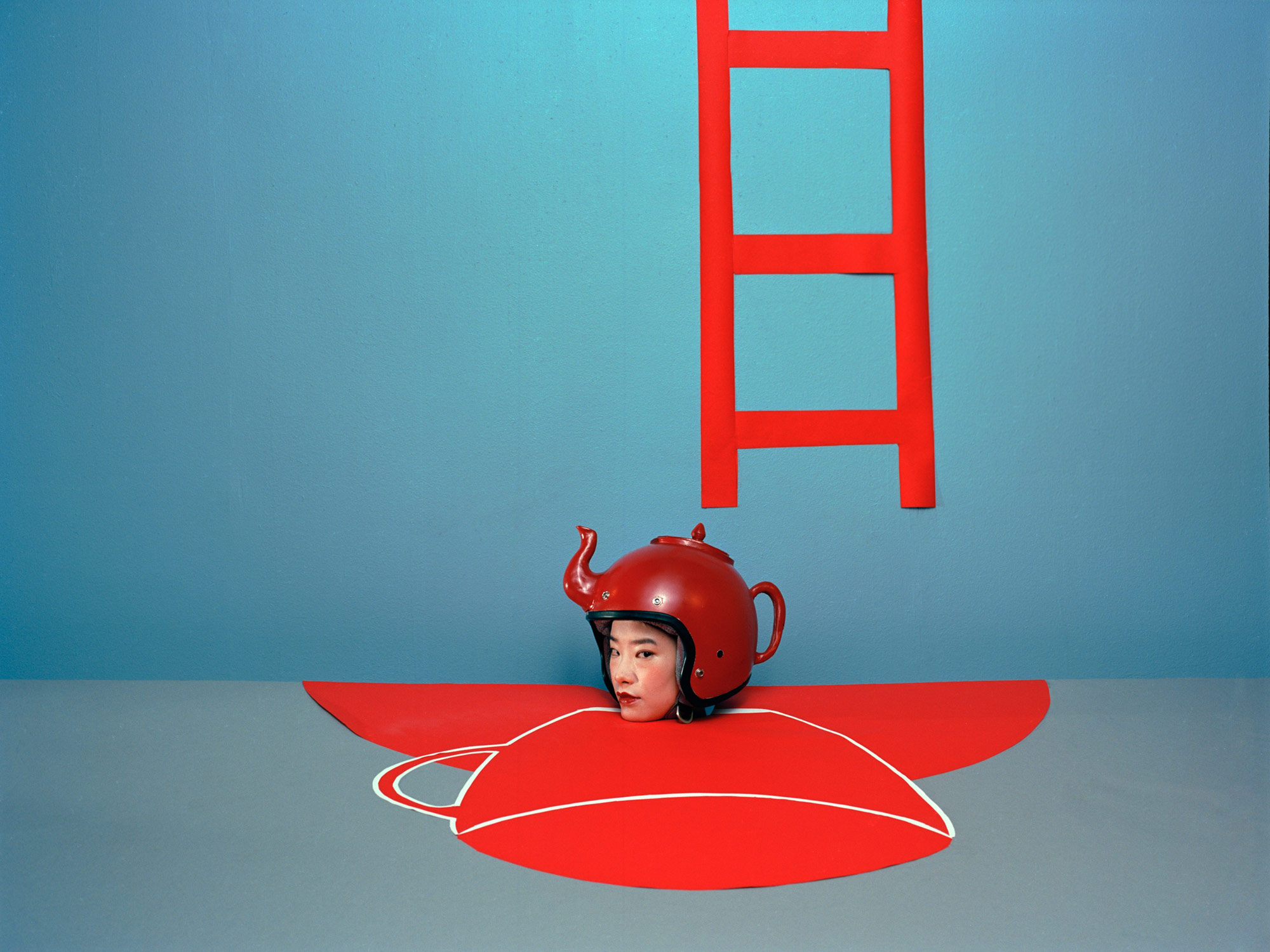 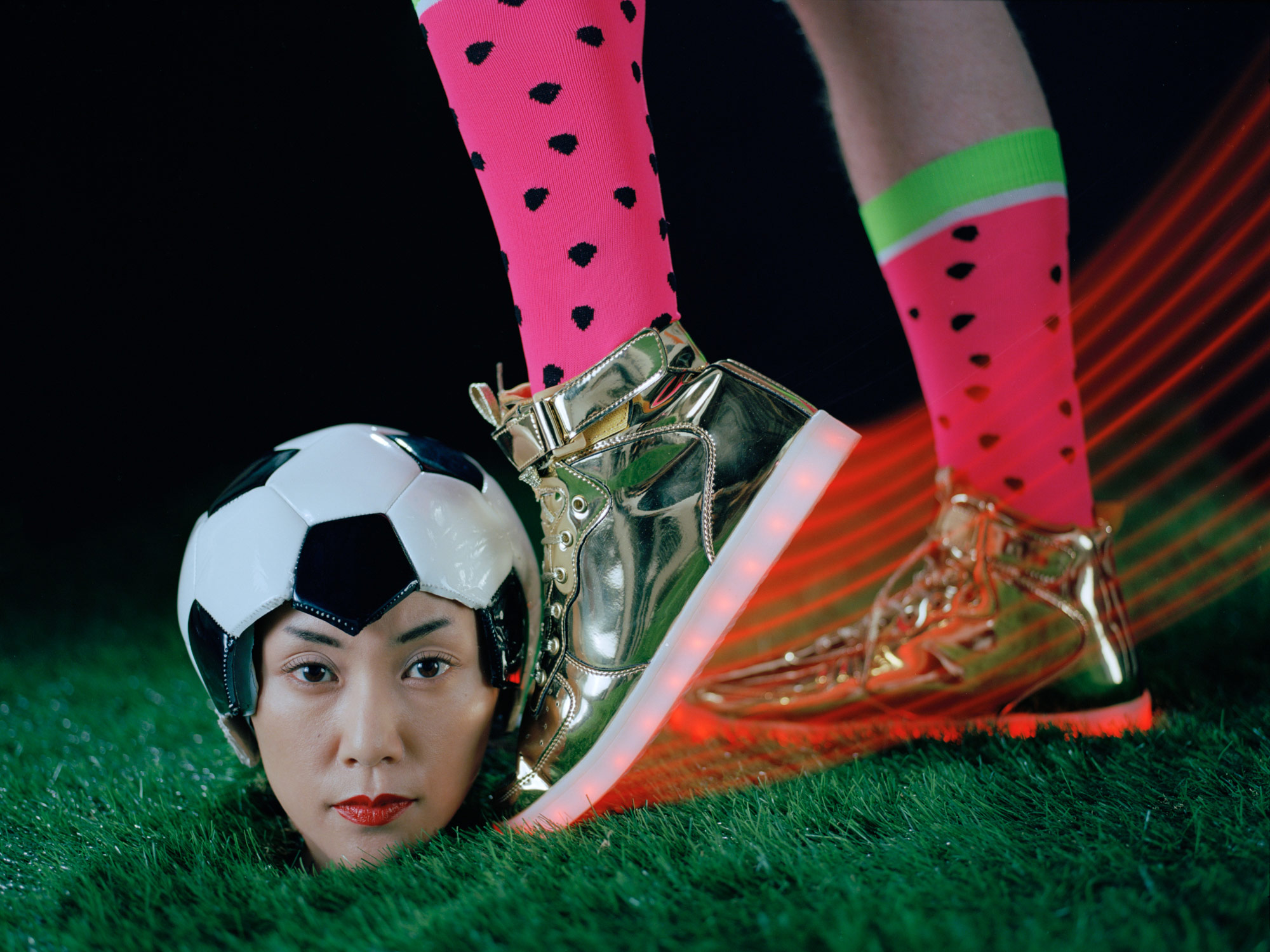 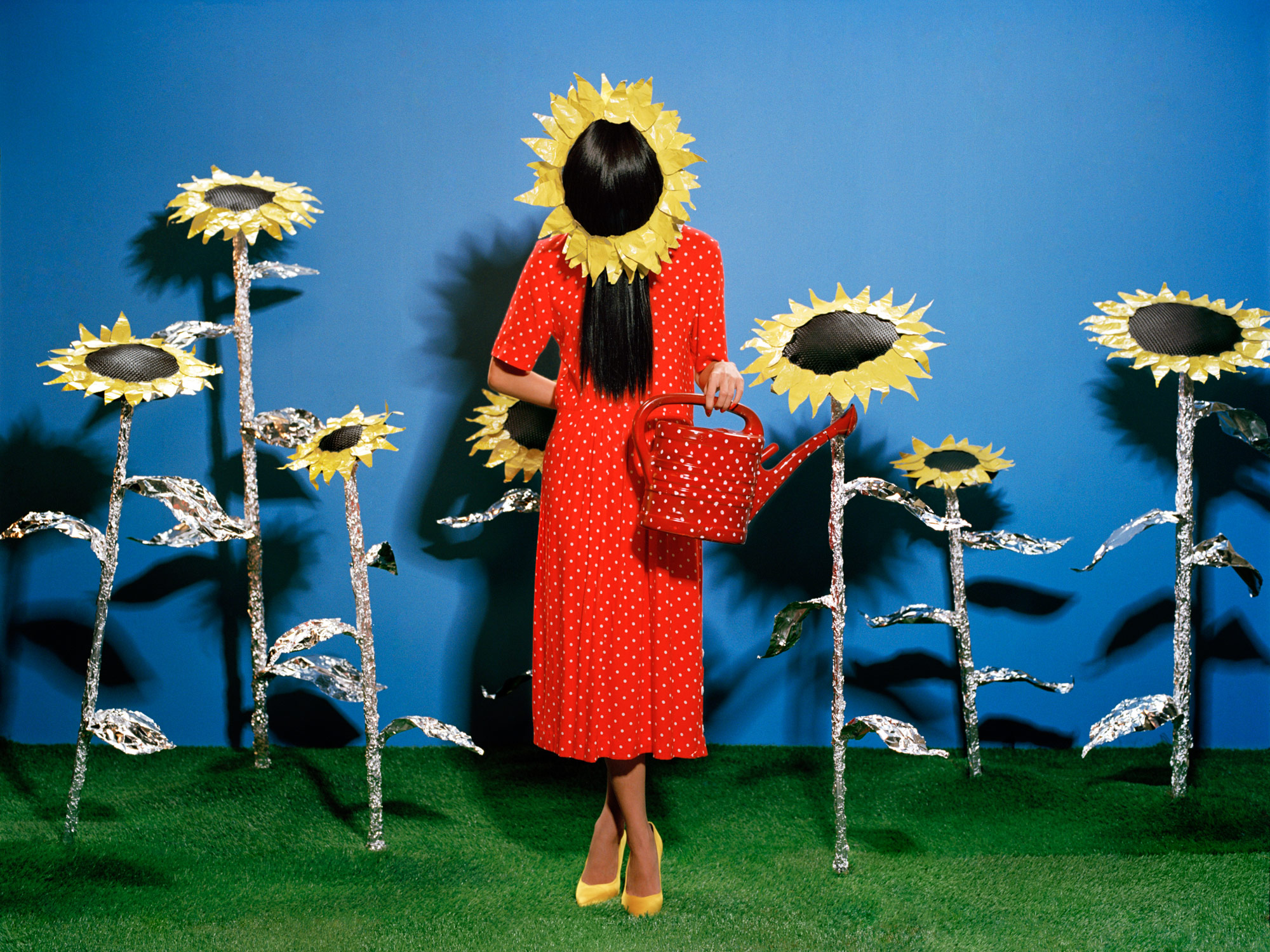 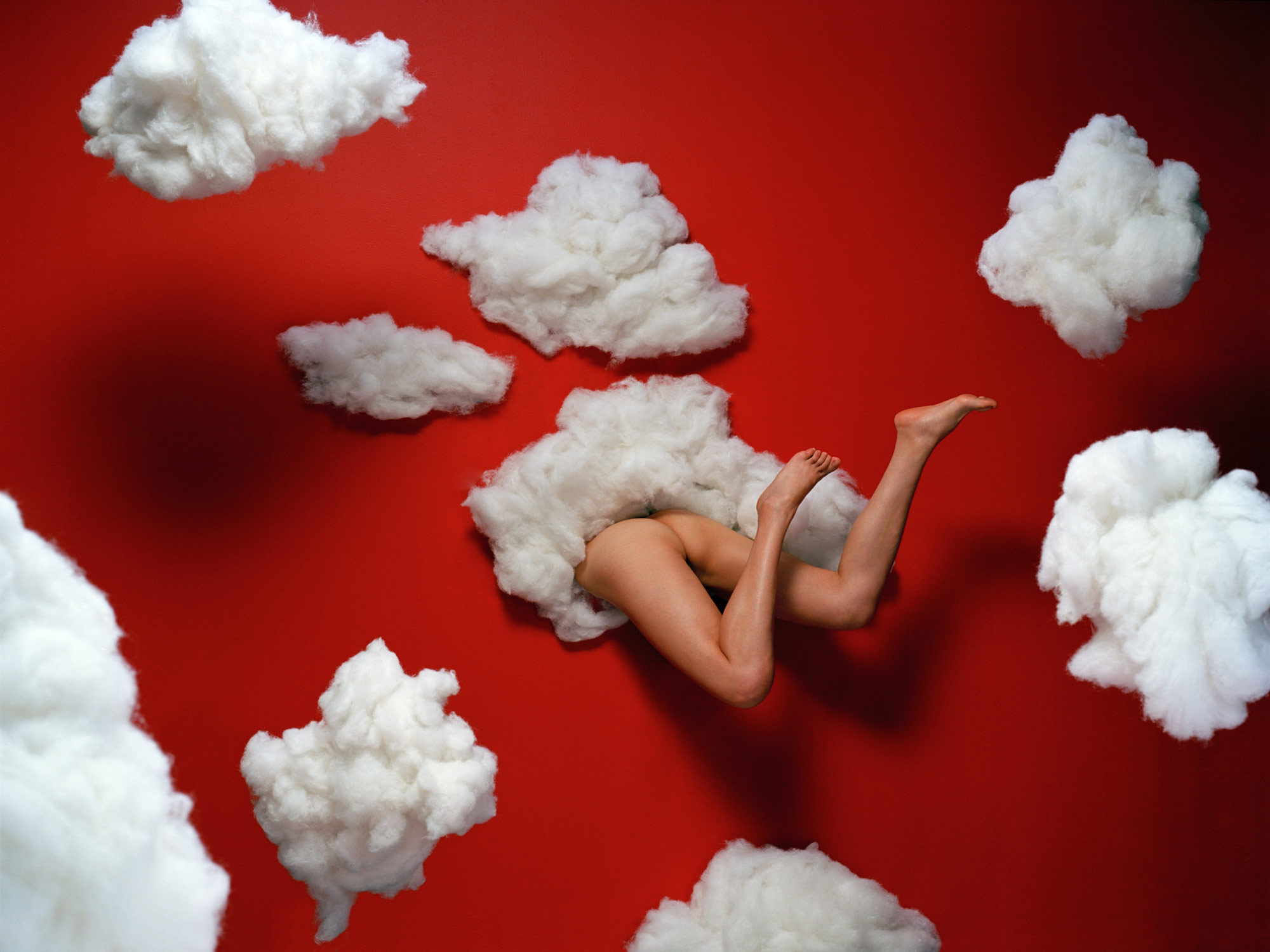