The importance of owning it 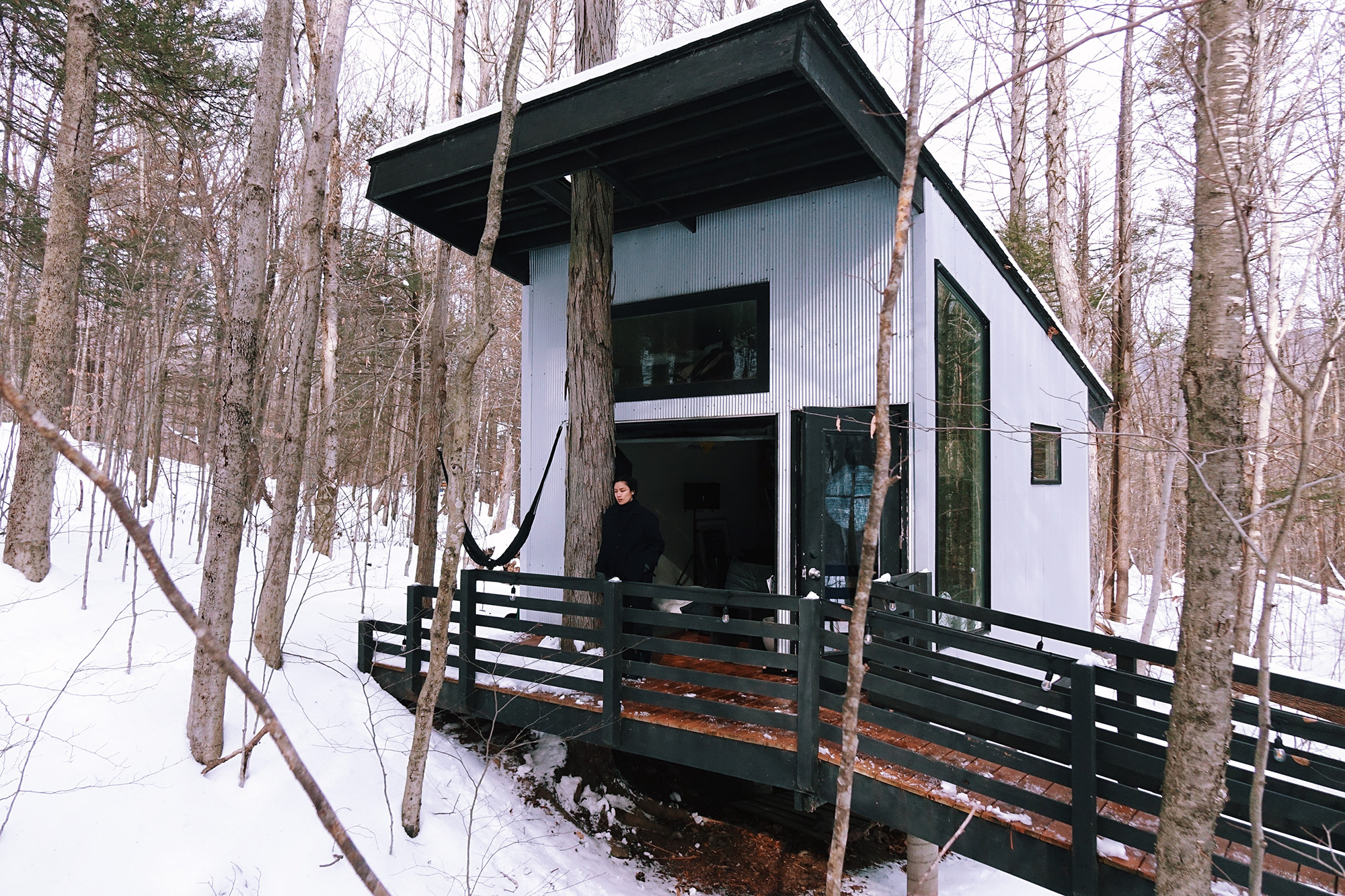 “Be committed to your craft, there is always more to learn,” responds DJ, singer and producer Kim Anh when asked about the most important lessons she has learnt over the years. It’s reflection that proves she is always striving and studying her craft and you can hear it with the release of her new five-track EP, After Dark. A work marked by isolation and intimacy, for which the artist needed to take her time. “It is a reflection of missing my past life and finding beauty in the current way of life,” she comments on her new release.
But that’s not all. The multidisciplinary creative has also launched her Can U Not Talk label, based on a desire for creative ownership and carving out space where there is a lack of representation for queer women. And we have good news for all those who want to know more about Kim Anh’s project, she details “Can U Not Talk will be hosting its first event in NYC for the release of After Dark at Jupiter Disco on January 30th with exclusive merchandise for attendees.” After Dark will have a long life thanks to a follow-up remix of the EP, which will be released in spring with collaborators such as Italian producer Massimiliano Pagliara and Spotlight Records' Chris Cruse.

Kim, you start the year stronger than ever, after a time that has not been easy for any of us. How are you and where do you answer us from?
Currently, I am sharing my time between the West Village and upstate NY. Since the pandemic, I’ve spent most of my time in the Catskill Mountains, where my studio is located. Being in the forest has helped me to stay grounded during difficult times.
Having been part of underground dance culture for well over a decade, you became a world-renowned DJ/producer and singer-songwriter. What do you think when you look back on your professional career? Is there anything you regret?
I don’t really have regrets – it’s been an incredibly wild time. I’ve always followed my instincts and remained open to worlds of possibilities. Looking back, perhaps I have more wisdom now and can give my younger self this advice: do not worry about what others think or what others are doing. Focus on your own path, especially if it’s never been done before. Be committed to your craft, there is always more to learn.
From your debut solo EP Shadows to Make Me Feel to your collaboration with Joyce Muniz, Give Me The Taste and your ardent support for the queer club scene, you’ve achieved a lot in your career. But let’s talk about right now. Do you feel more emotionally mature?
I’m very grateful for the support I’ve received from my community. When I started DJing, my only plan was to create safe spaces and be a voice for our community. I still feel very strongly about the relationship between my work and queer revolution. The music industry can be intimidating if you are an independent artist, especially if you’re like me and never saw anyone who looked like you in the spotlight growing up. It’s taken me a while to find the confidence to release my own records, but each achievement helped me to see new possibilities. I have come to a place where I don’t need more than I already have to express myself. 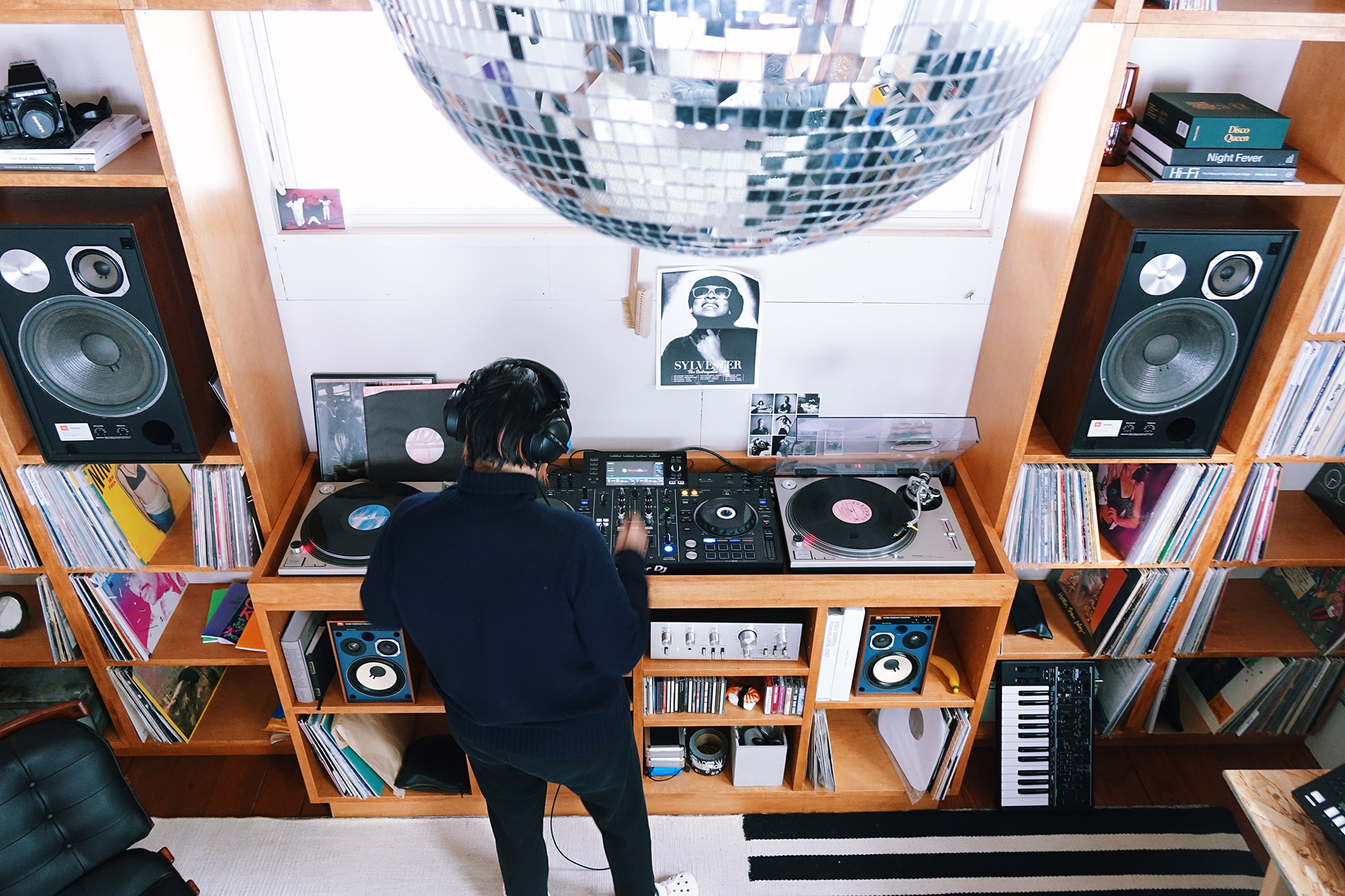 You obviously know the music industry inside out. And now you're taking advantage of this first-hand learning to launch your Can U Not Talk label this January. Why have you decided to undertake this project now?
I thought a lot about it over the last two years. I was watching old interviews of Prince during the period he changed his name to become a symbol. He was advocating for ownership of his work. It made me think more deeply about the importance of ownership. After releasing on some really great labels, I felt the next step could be launching my own. It’s an experiment really. I’ve learnt a lot with this first release and I hope to apply this knowledge towards helping other artists like myself.
With a mission to contribute to music culture and support underrepresented artists, this label carves out space in an industry where there is a lack of representation for queer women. How do you assess the current music scene in terms of inclusion and diversity? Are we moving in the right direction?
The conversations we are having around diversity and inclusion are a good start, but there is still a lot of work to be done. Women are disproportionately booked less, paid less and have less representation. Women who exist at the intersection of race, class and sexual identity suffer even greater inequity. I would love to see representation like that of the world we actually live in.
And now you're welcoming the new year with a four-track EP, After Dark, backed with a remix from Chicago's Alinka. What can you tell us about this new work?
After Dark was written and recorded in isolation at my studio. It is a reflection of missing my past life and finding beauty in the current way of life. This record is intimate and it was important to me that I took my time. Alinka is a friend and someone whose work I admire a lot. She was the first person I thought of when thinking of collaborations on this project. Fortunately for me, she said yes and I love what she’s done with her remix. You can hear her Chicago roots carrying the groove. 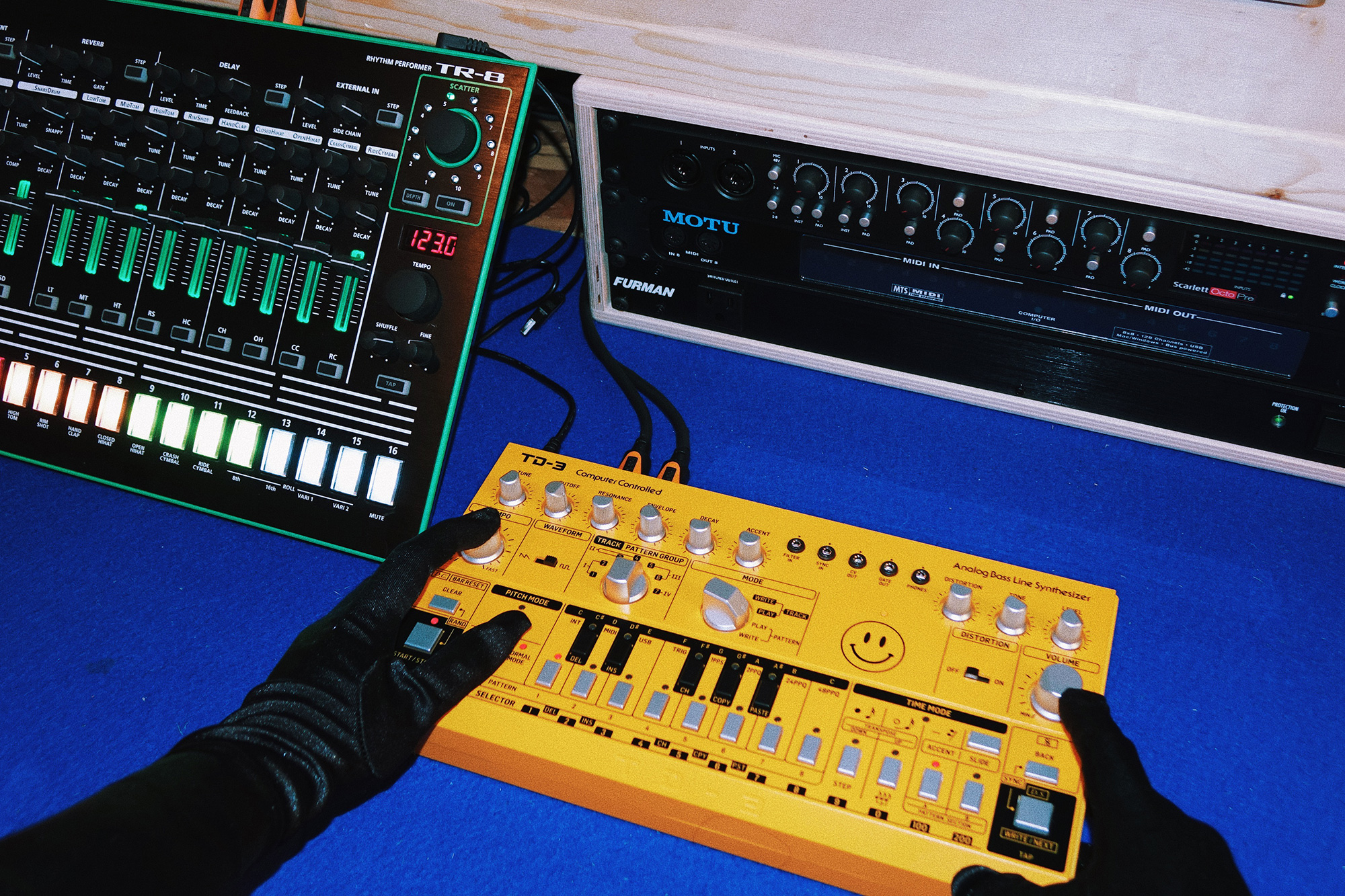 “Being in isolation has made us all revisit experiences we want to have again,” you comment on this new EP, in which fantasy meets isolation, healing power and pain. What experiences would you like to relive exactly?
I was having fantasies about being on a packed dance floor experiencing ecstasy, excitement and mystery again. I’ve been clubbing since I was 16 years old and it felt unnatural to lose this connection with music and community. Dancing can be spiritual and it can also be sensual. It’s in these spaces we can truly let go. I really missed it, and I missed feeling the energy of others letting go too.
You've written, recorded and performed After Dark in New York, haven't you? How has the creative process of this new release been and what difficulties have the global pandemic caused in its development?
Strangely, the pandemic helped to move this body of work to completion. Before the pandemic, I was DJing and travelling a lot and struggling to find time to be in the studio. Creating this album gave me something to look forward to each day. It became my commitment and my companion through an extremely isolating period. Being upstate New York gave me the mental space to focus. I worked with W. Andrew Raposo to add some finishing touches to After Dark and Giving at La Piscina Studios in Brooklyn. He was probably the first person I saw outside of lockdown. He pushed me to create bigger sounds using his robust selection of analogue gear. It was quite a treat.
From House of Virgo to Giving, the four songs that make up this new EP are the prelude to a further remix EP, which is planned for later in 2022 with a host of respected artists. What can you tell us about this initiative you are working on?
A follow-up remix EP will be released in the spring with a handful of talented collaborators that are close to home. Among them are Italian producer Massimiliano Pagliara, Spotlight Records' Chris Cruse and NYC’s highly regarded queens The Carry Nation. I love the idea of reinterpretation. Something that is familiar but shaped for a different experience. These versions will be ready for the dancefloor including plans for a vinyl release as well. 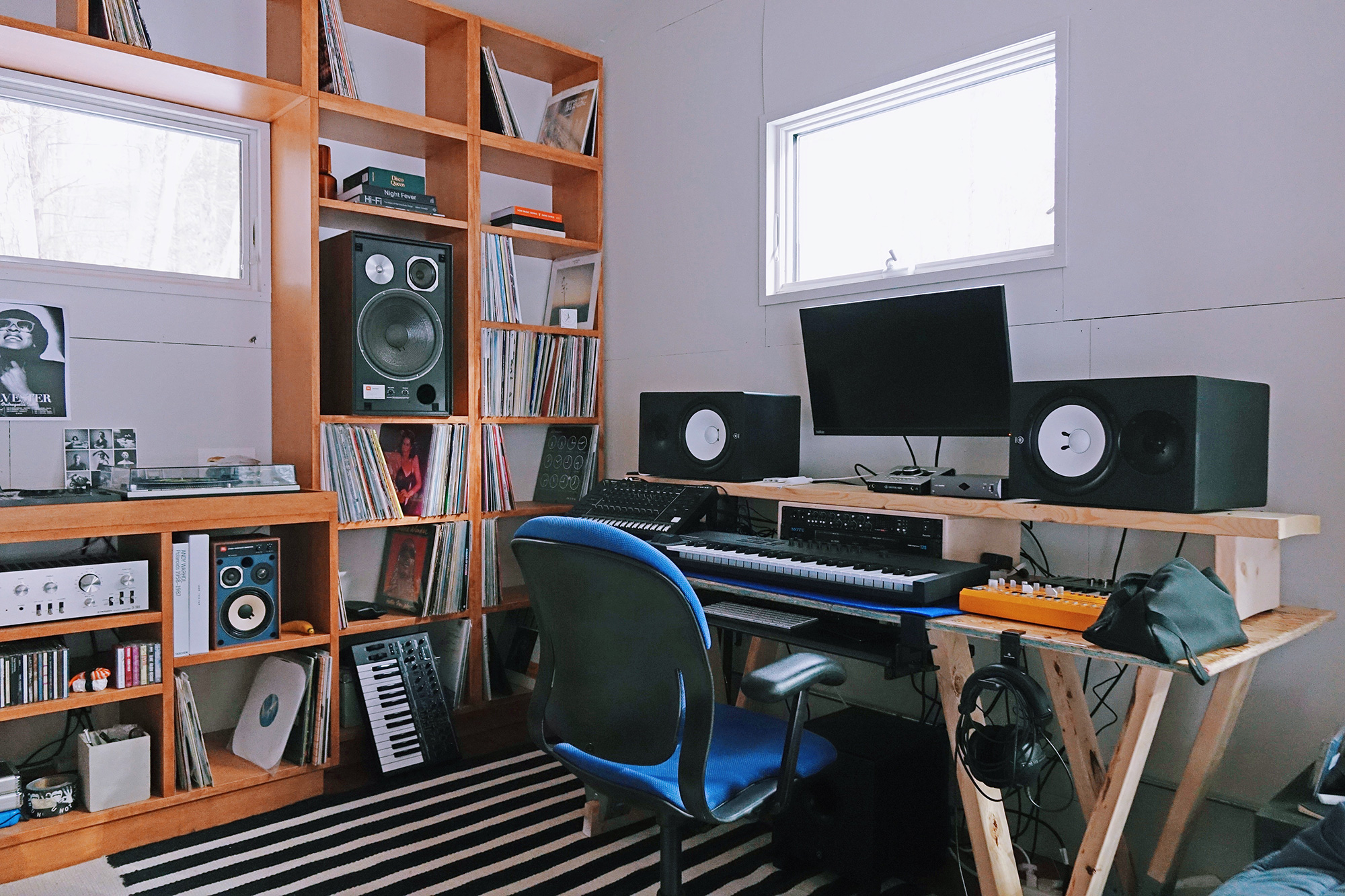 2022 is a promising year in your career, and I am sure you have many ideas in mind and projects you are already working on with your Can U Not Talk label. Is there something you can tell us?
I have another forthcoming EP before the end of the year and hope to start working with other artists in the following year. Can U Not Talk will be hosting its first event in NYC for the release of After Dark at Jupiter Disco on 30 January with exclusive merchandise for attendees. The future is feeling bright.
Any dreams to fulfil that you want to share with us?
There are so many dreams that have come true in my life that I never imagined. I’m sure there are many more waiting to be discovered. 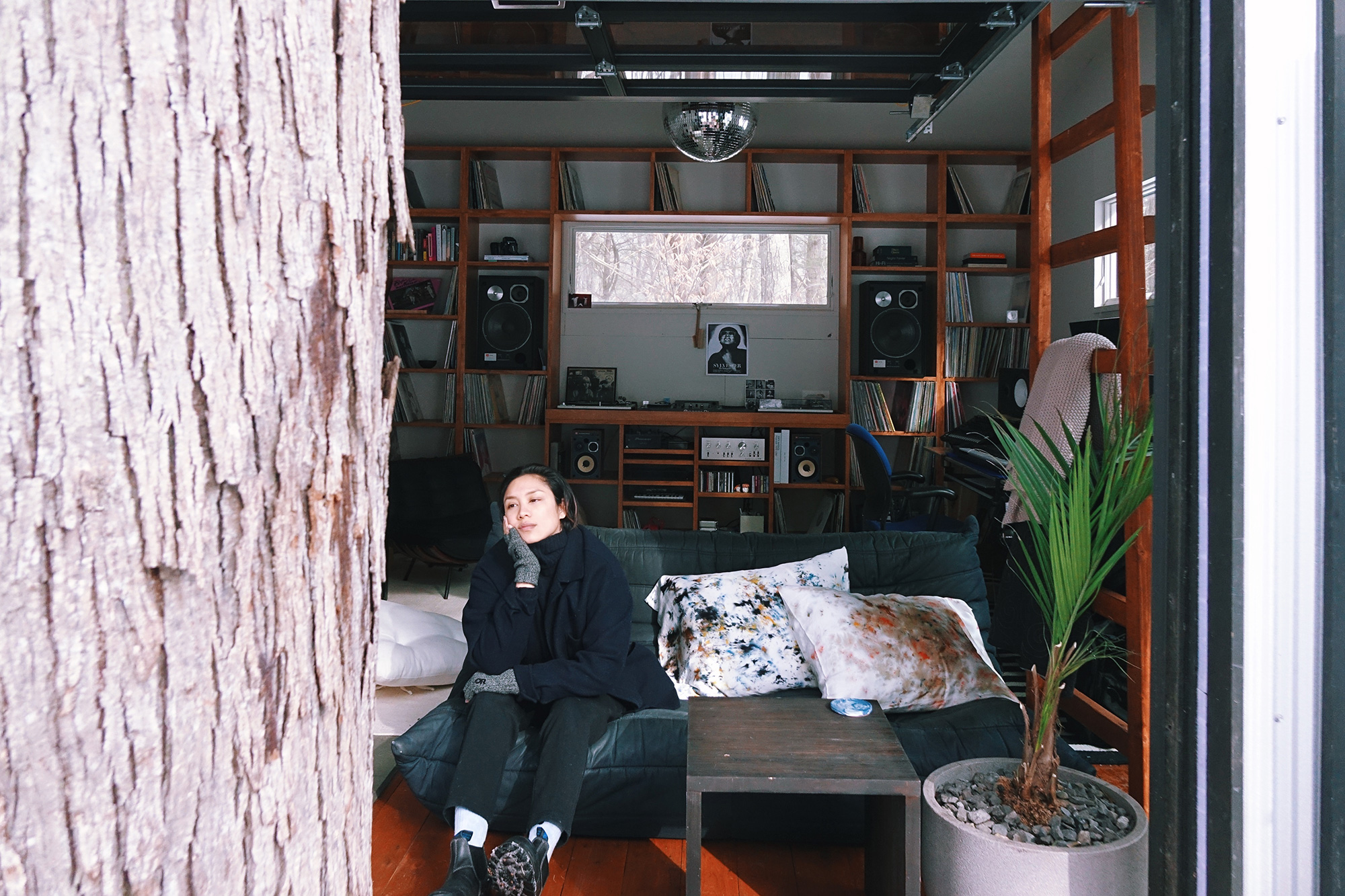