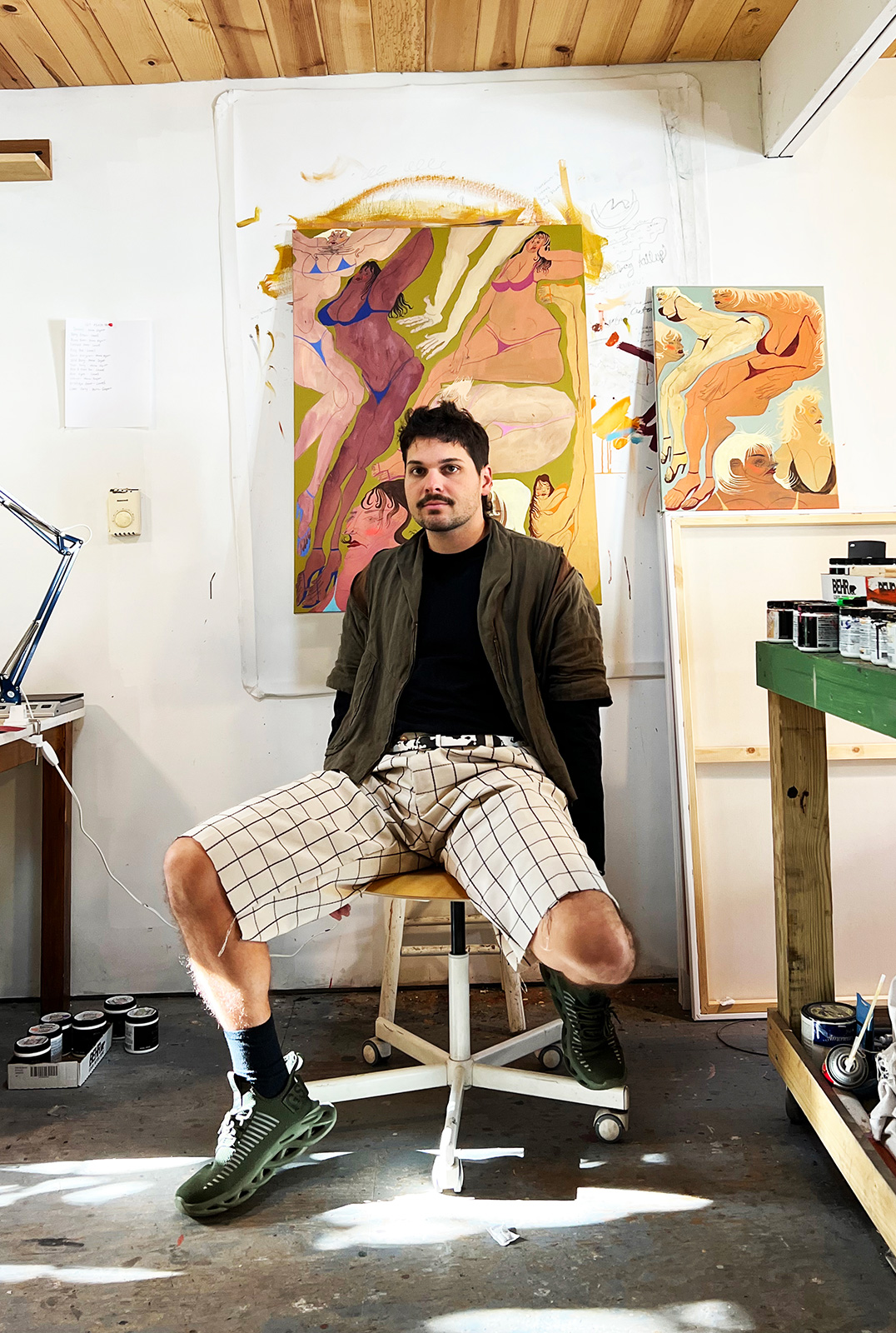 The women featured in Kevin Sabo’s extensive collection of works are sassy, crude, and fantastical, seeming to occupy some place between frightening and friendly. Sabo’s characteristic style, an otherworldly blend of colours and textures, presents as a weird and slutty pop culture-driven alternative universe.
It's a refreshing and inviting world, and one that has landed Sabo at exhibitions across the United States, and abroad. Sabo describes his work as an examination of queer fantasy and gender expression and is as disarming as it is exciting. A practice in spontaneity, none of the work is planned; best described as a large sketch, the direction unfolds and crystallises as Sabo works. As the feminine divas stomp and strut their way across the canvas, with the braggadocious confidence of a 2000s icon, they serve as “gay fairy godmothers,” allowing Sabo to heal through artistic expression.

It's this unadulterated and pleasurable style that makes his work so iconic and fun, engaging the viewer in a sort of staring contest, the gay fairy godmothers seem to suavely exhale after a long drag on their cigs, before spitting out, “who ya looking at, huh?” It's a question that jolts the viewer, triggering introspection, granting freedom, and resonating worldwide. 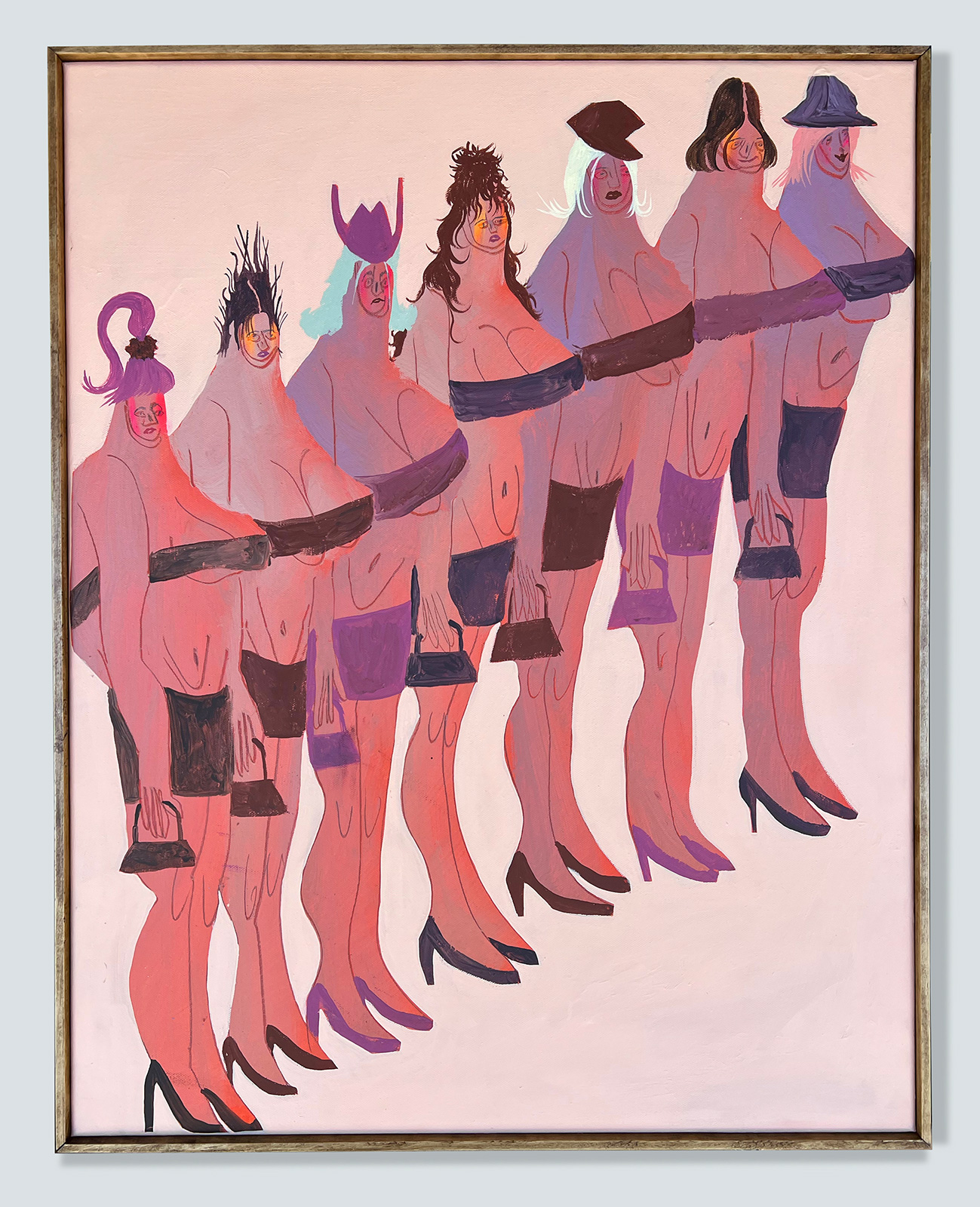 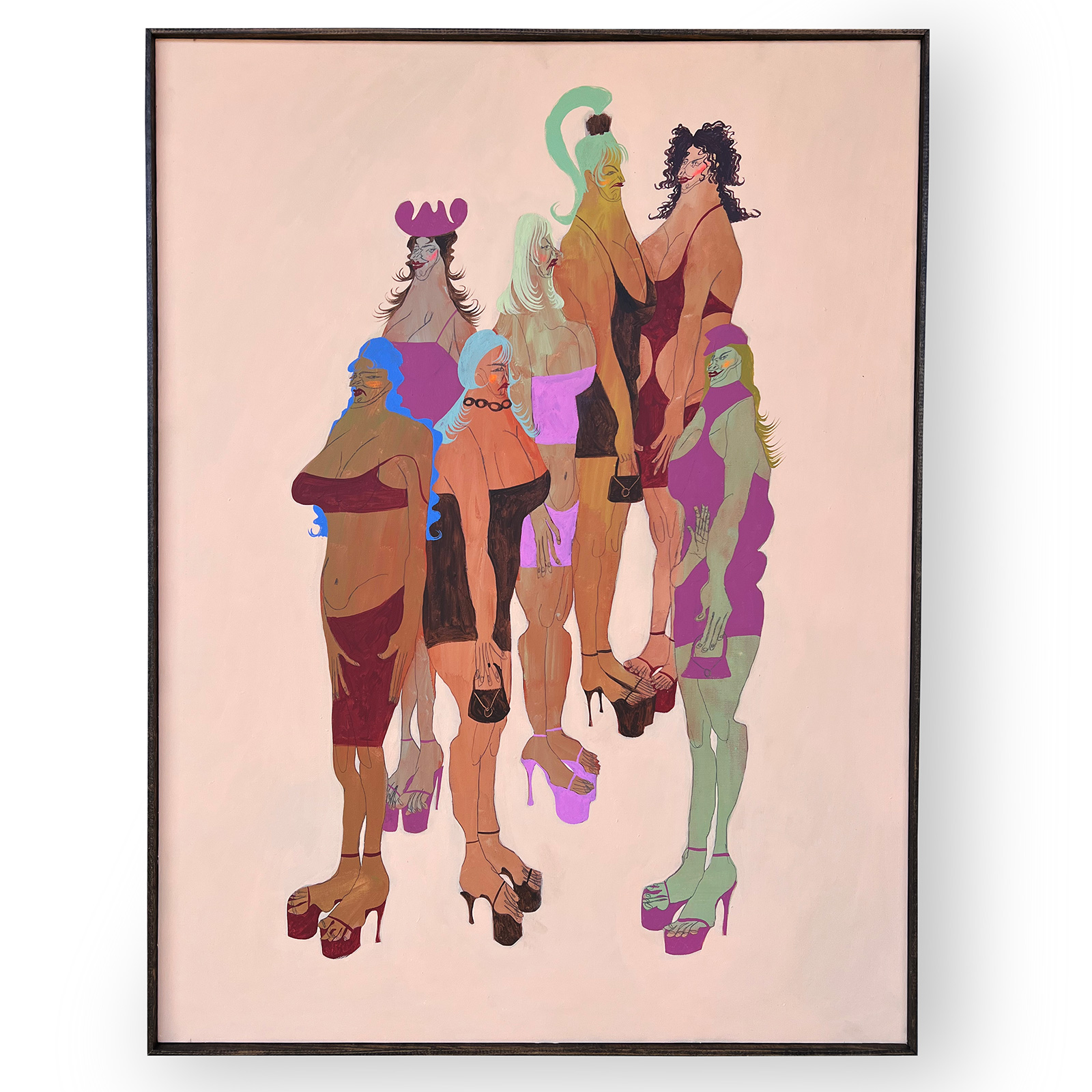 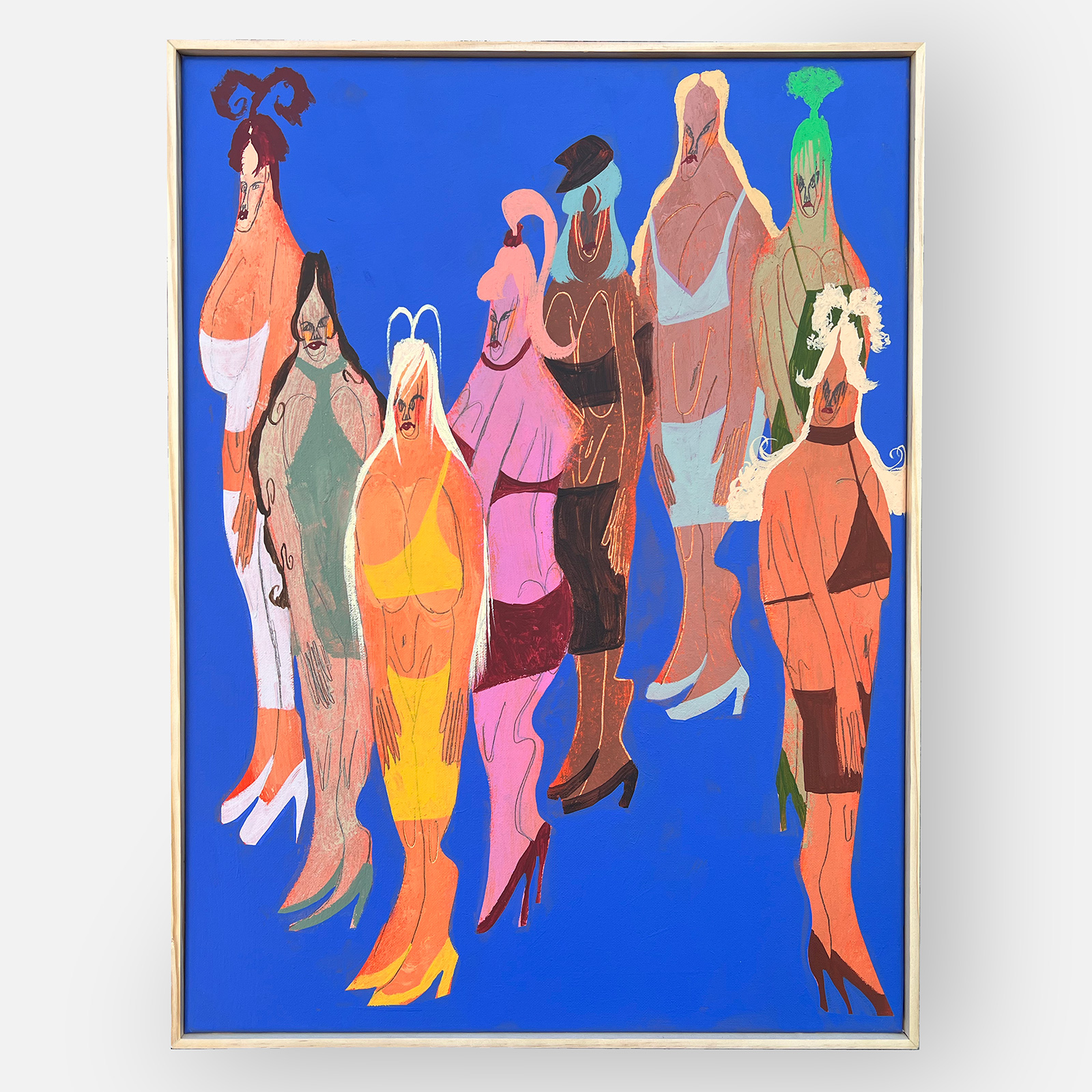 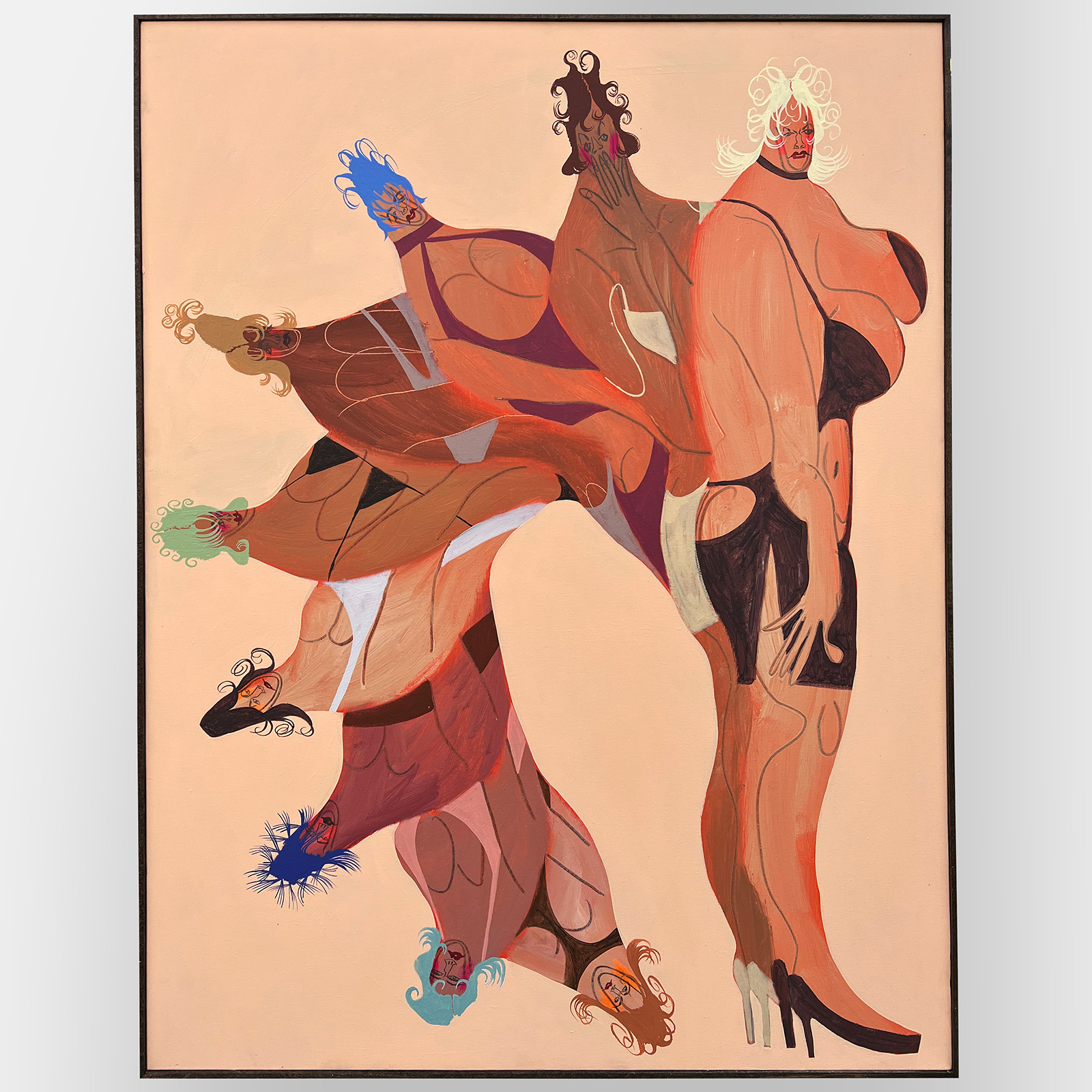 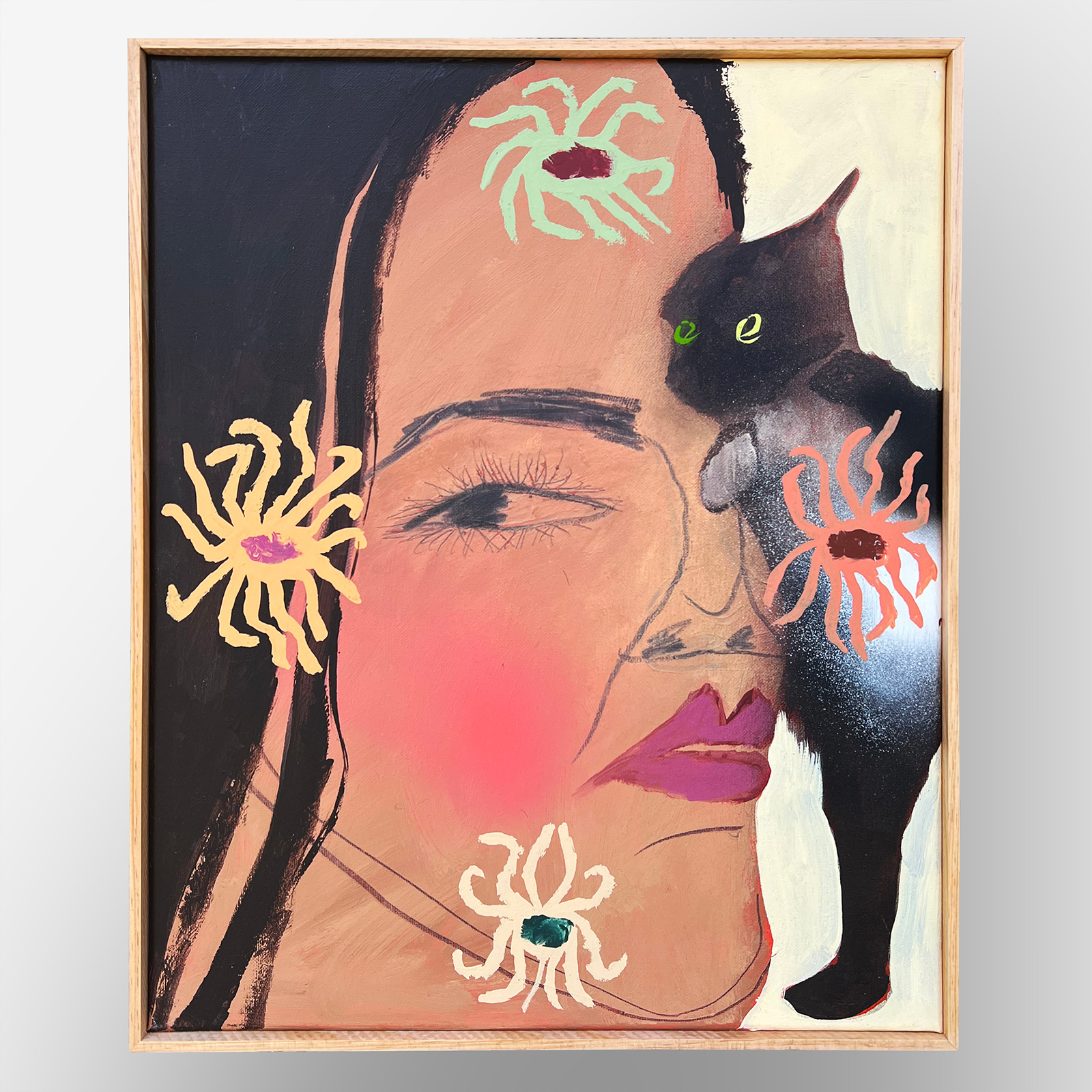 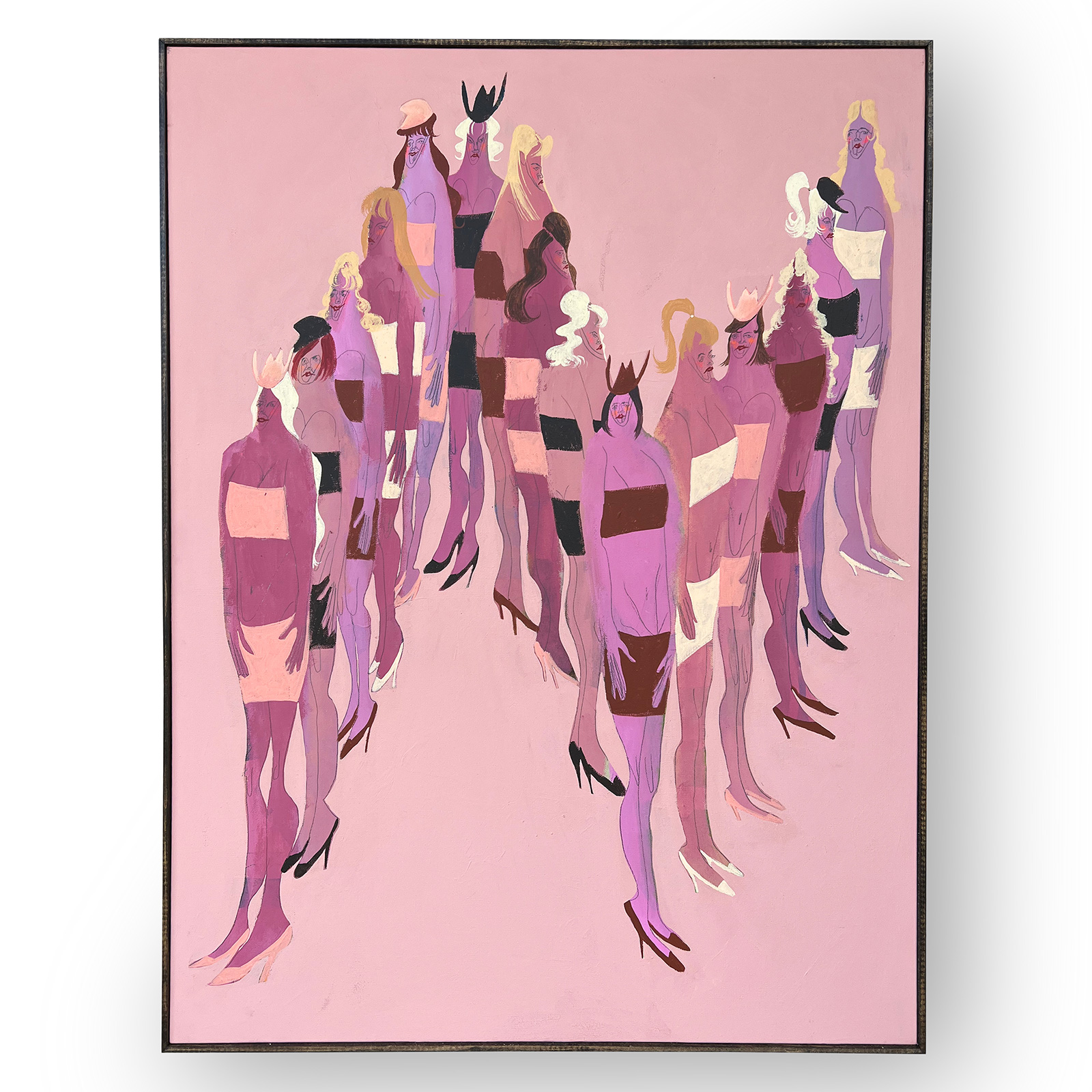 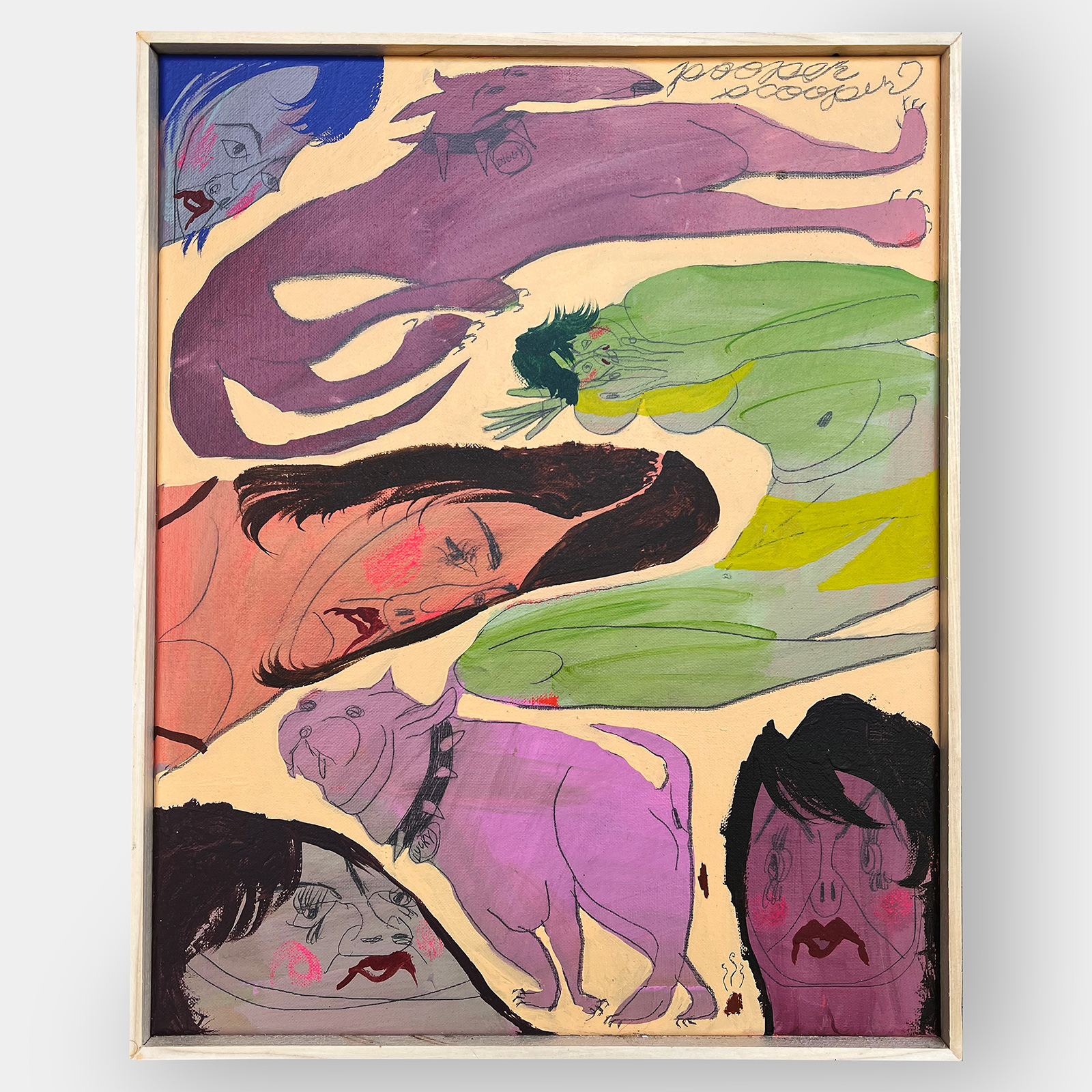 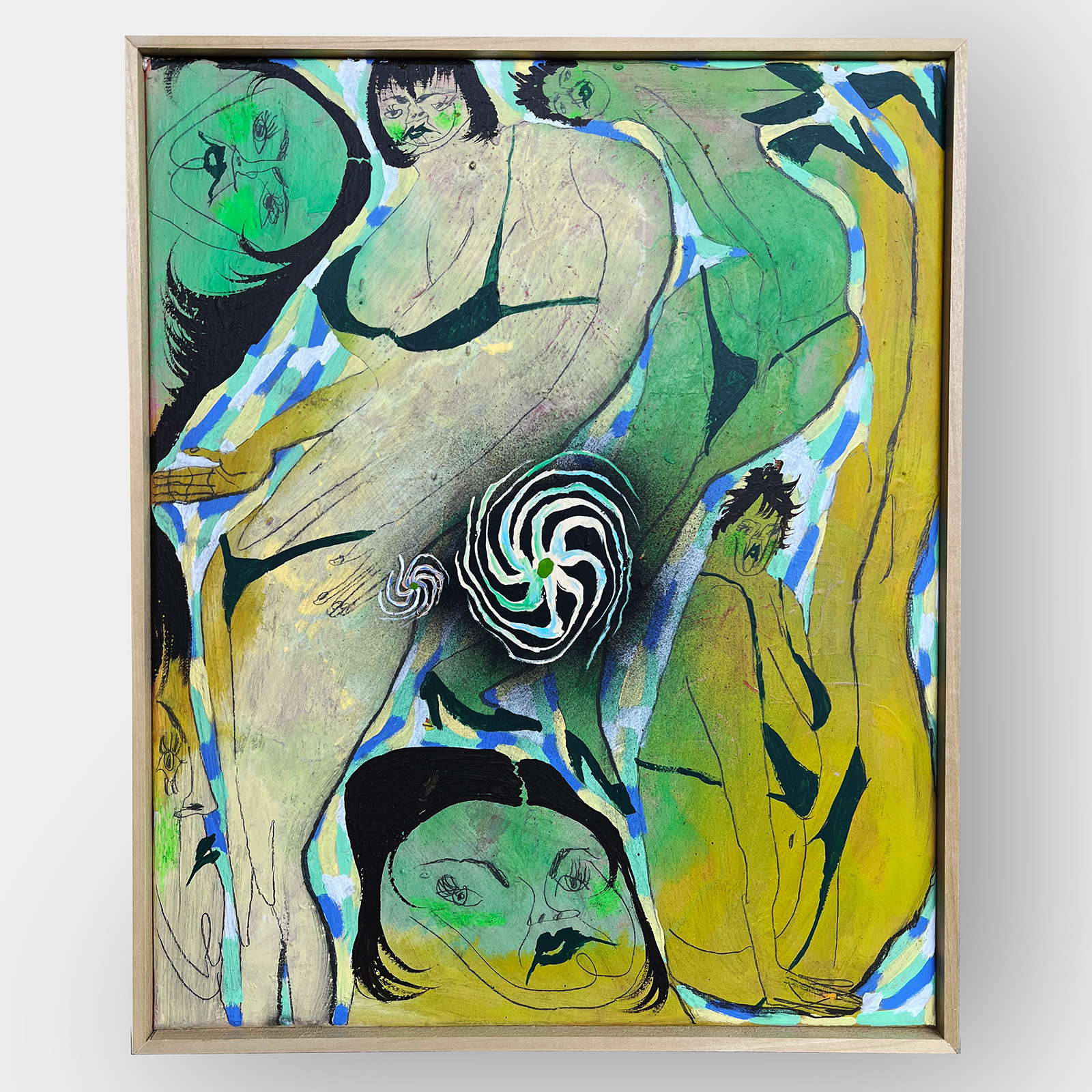 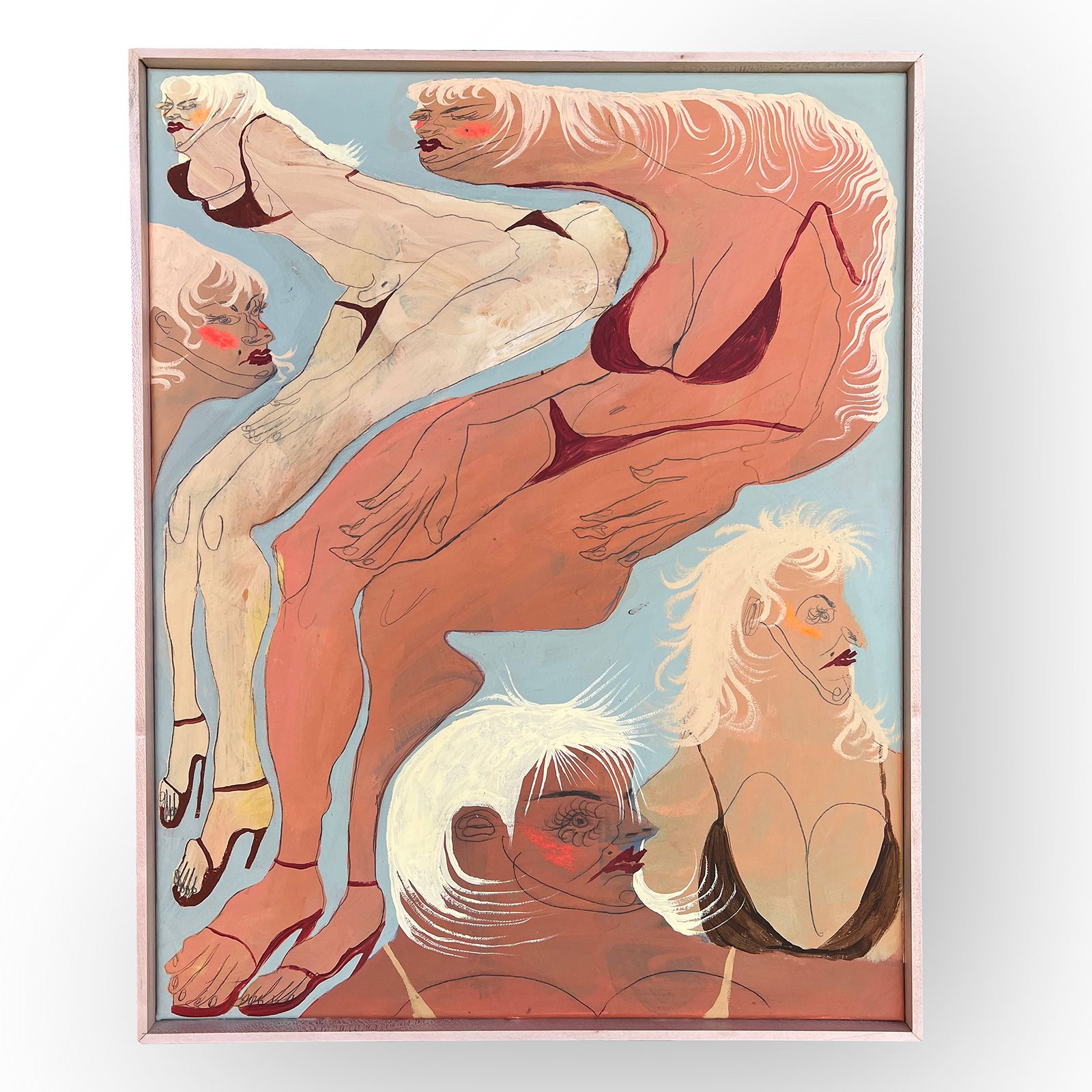