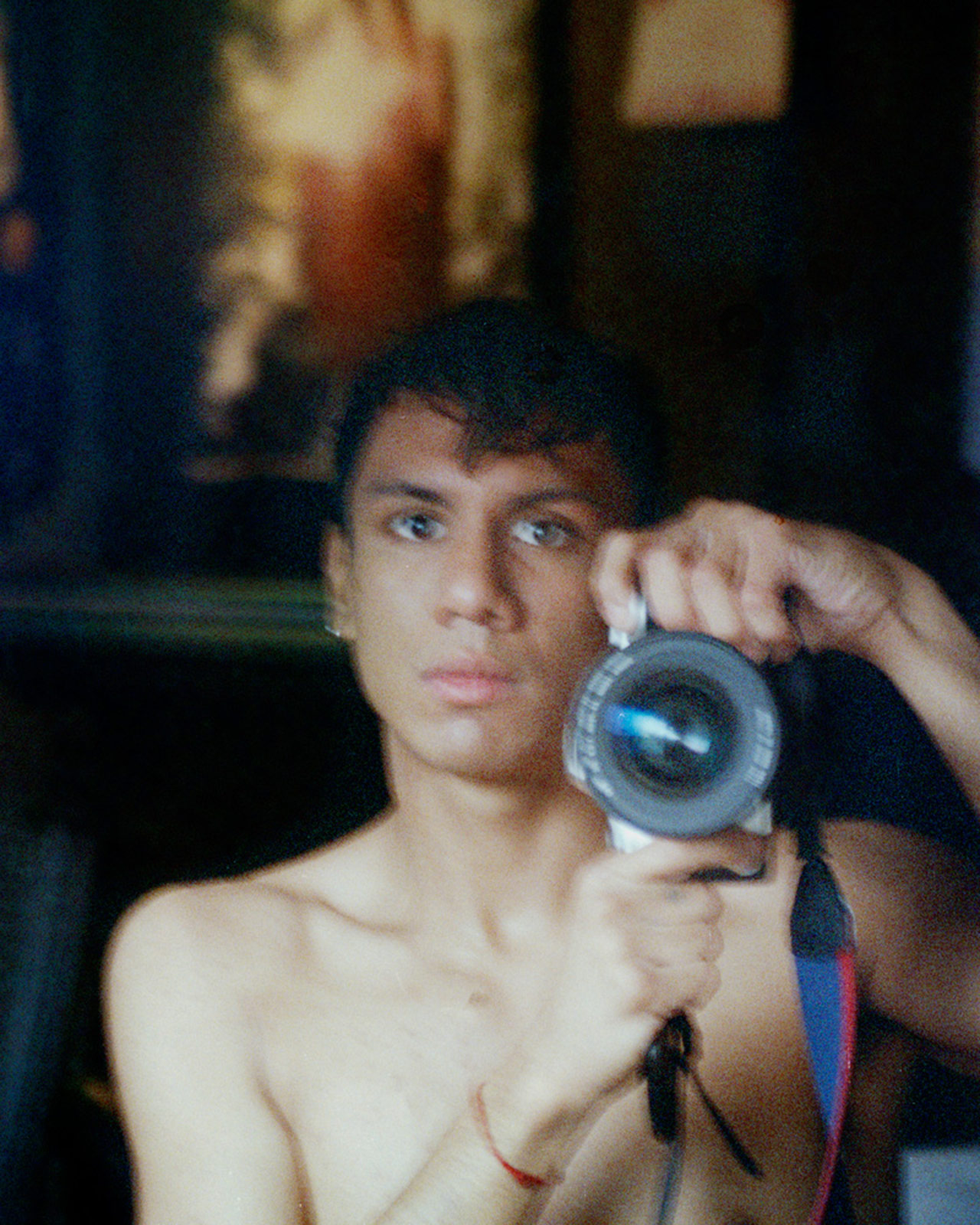 In his project called Over The Fence, New York City native Kevin Aranibar explores unrequited love, his adolescent anxiety and the struggle to find an identity growing up. He casts his childhood friends as characters and through photographic depiction stages his lived experiences. Continue reading to discover the emotions behind being queer in a latino community that opposes non-heteronormative tendencies. Aranibar tells us about how he joined a church youth group at the age of fifteen in hopes to ‘pray the gay away’ and fell for his best friend.
What initially inspired you to start this project?
Growing up in a latino community that opposes non-heteronormative tendencies, I lived in silence about my sexuality. This took a toll on my mental health during my teenage years and the summer I turned twenty one I began to realize it was okay to be different. That same summer, the one before my last year of college, I made a spontaneous plan one night to go out skateboarding with my best friend from church. It was about midnight and we had been skating all night. It was raining and we sat in a parking lot on our wet boards underneath a P.C.Richard & Son sign. I spit it out and told him. All these years I had a crush on him. Although the feelings weren't mutual, he told me our friendship wouldn’t change because of who I was. That precise moment was when everything changed for me. So for my senior project I wanted to break my silence by sharing my story in a manner that carried out my aesthetic and thoughts without making it a straightforward narrative. These anxieties are complex and I did not want them to be constructed sequentially but wanted to imitate memory’s non-linearity. I staged my lived experiences conscious of the emotions, environments and gestures and casted my friends, specifically those who figured importantly into the original, ‘real’ events, as characters. I photographed them not as my friends but as objects narrating my psychological state of mind in these spaces, thinking back on my teenage turmoil. These public and private spaces constructed in my photographs are where I would often spend most of my time with them.
What do these spaces mean to your childhood?
These were our sanctuaries. Our places to get away. The bedroom held the most intimacy for my childhood as this is where I would question and overthink every aspect of my life, so it only felt fitting to use it. The sports field is a space rooted in masculinity which I always avoided as I constantly feared that I would be confronted for not delving into sports as much as other boys. I always had a fascination with the cinema; a dark place where the unknown can occur. A place where young and old come together to experience entertainment. A place we’d go when it was cold outside. A place we’d steal large popcorn buckets out of trash cans and refill them for free. It was a place where we didn't have to think about our responsibilities, nor think at all. The playground is symbolic in the sense that it represents the adolescent transition. You move from the baby swing to the big swing. You move from the little slide to the big slide. You move from the short monkey bars to higher ones. As a child, there is a constant battle between fearing and yearning to get across those metal bars or wrestle on the soft mats. Finally, my last choice of setting was the skatepark because I felt like I could only assert my masculinity while I was skating with friends. 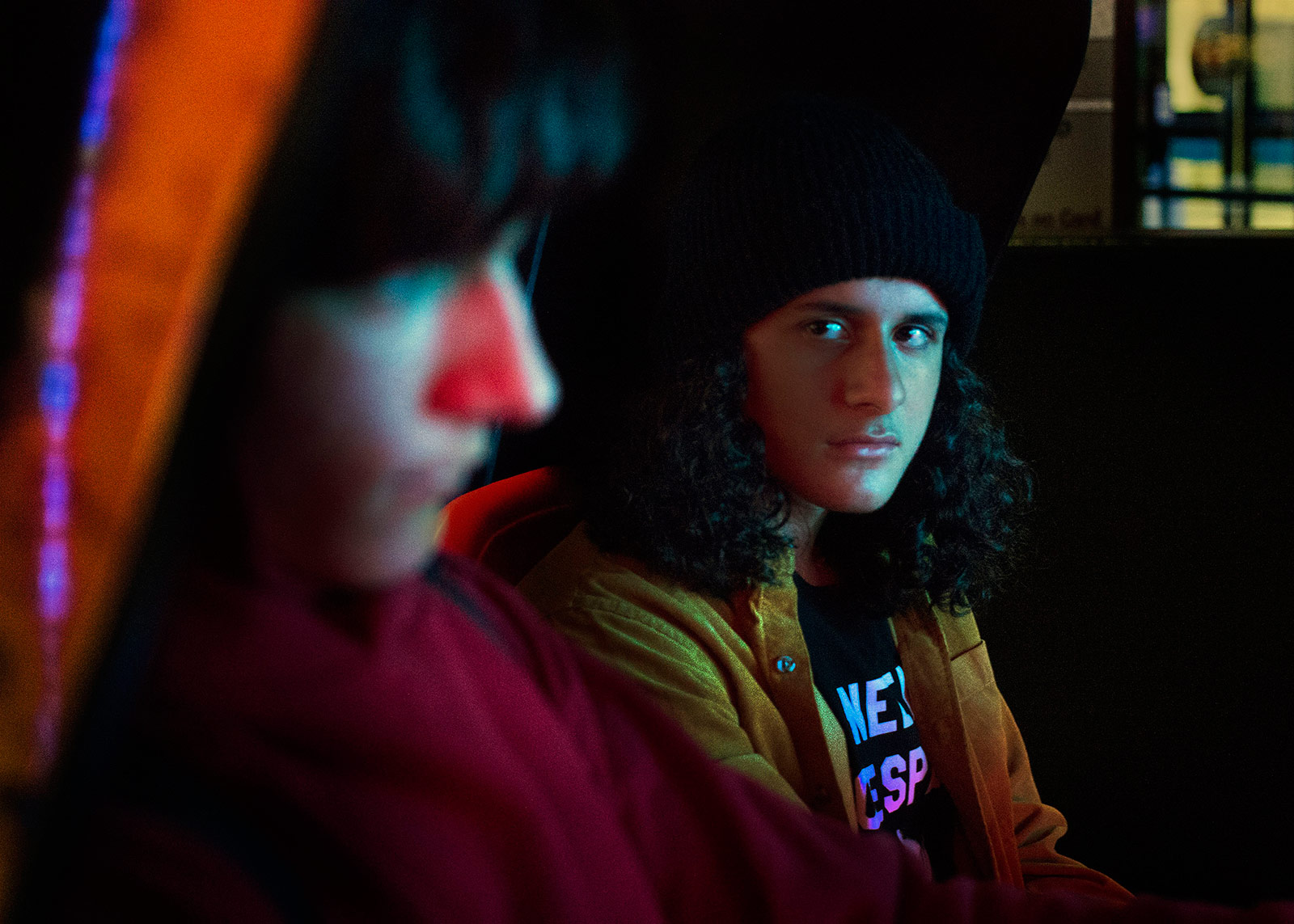 How did your friends react when you asked them to model for you?
They had no idea what my project was about, I didn't even know. When I started the project I was still going through the limbo of these anxieties. Regardless, my friends would never have understood the purpose of the photo shoot as they weren't in my shoes. I told them it was a project on being an angsty teenager but not a queer one. I directed them to pose looking sad and moody as if they hated life. I told them to look at one another with sadness but deep down I knew that look was of desire.
Due to negative emotions you experienced as an adolescent, did working on this project not trigger you?
During my adolescence, I experienced so much speculation in myself; constant self-doubt, self-hatred and constantly questioned who I was. Those speculations were based on many different factors; social class, race, religion, identity, pop culture and bi-culturalism. As a second-generation American raised in New York City by an Ecuadorian mother and Peruvian father, I had to construct my own identity around my parent’s set of ideals, morals and standards and that of the world around me. My own interests, my own agenda, my own version of myself was shaped by american culture, the internet and religion. When I recall certain feelings and pleasures that I had in my younger years, I always remember that I was different from other boys. I was five years old when Britney Spears’ Baby One More Time album came out. I remember begging my father to buy me the cassette tape and blasting it in the car that same day. He didn't think much about my fascination with Britney Spears since he didn't follow pop culture or know English that well. I remember wanting to grow my hair out and my mother making me cut it because ‘only girls wore long hair’. I remember my grandma asking me why I wore skinny jeans and my uncle asking why I didn't have a girlfriend. I remember my brother taking me to get my lip pierced when I was twelve and coming home almost being ripped to shreds by my mother.
When I was fifteen years old my mother found a flyer underneath my bed next to my skateboard for this local LGBT youth center that I was secretly going to. My conscious instinct was to deny it, but eventually after her consistent questioning, I told her it was mine. Her cliché response was “You are too young to know what you want” and this resulted in her taking me to therapy for two weeks, where I constantly questioned my state of mind and identity. We didn't tell my dad nor anyone else in the family and to be honest till this day I haven't spoken to him about me. I think after this is published there is going to be a lot of questions he will have, but I am finally at a place where I am proud of who I am and ready to face this. But going back to when I was fifteen and having the realisation that I couldn’t just ‘pray the gay away’ at my church youth group, it took a big toll on me as a teenager. I lived in fear of being rejected by my community and my family. I felt alone, like I couldn’t tell anyone how I was feeling. I lived in silence. My decision to make this my senior-thesis did not stem from anger nor sadness but rather empowerment. These images are a reminder of a former-self. They have gave me the chance to express how I used to feel, without words; just pure imagery. This is how I communicate best; by visually expressing my inner state. Certain photographs do bring back certain memories such as the photograph of the two boys on the floor next to a football. This image evokes pressure, anxiety and fear. Proving your masculinity often depends on many factors, a big one being sports. My friends would often play football and I would often feel anxious because I hid the fact that I hated it, it drove me crazy. So to answer your question, yes, these photographs do evoke many emotions, and essentially trigger memories rooted from sadness, but now I look at them as a past state of mind. 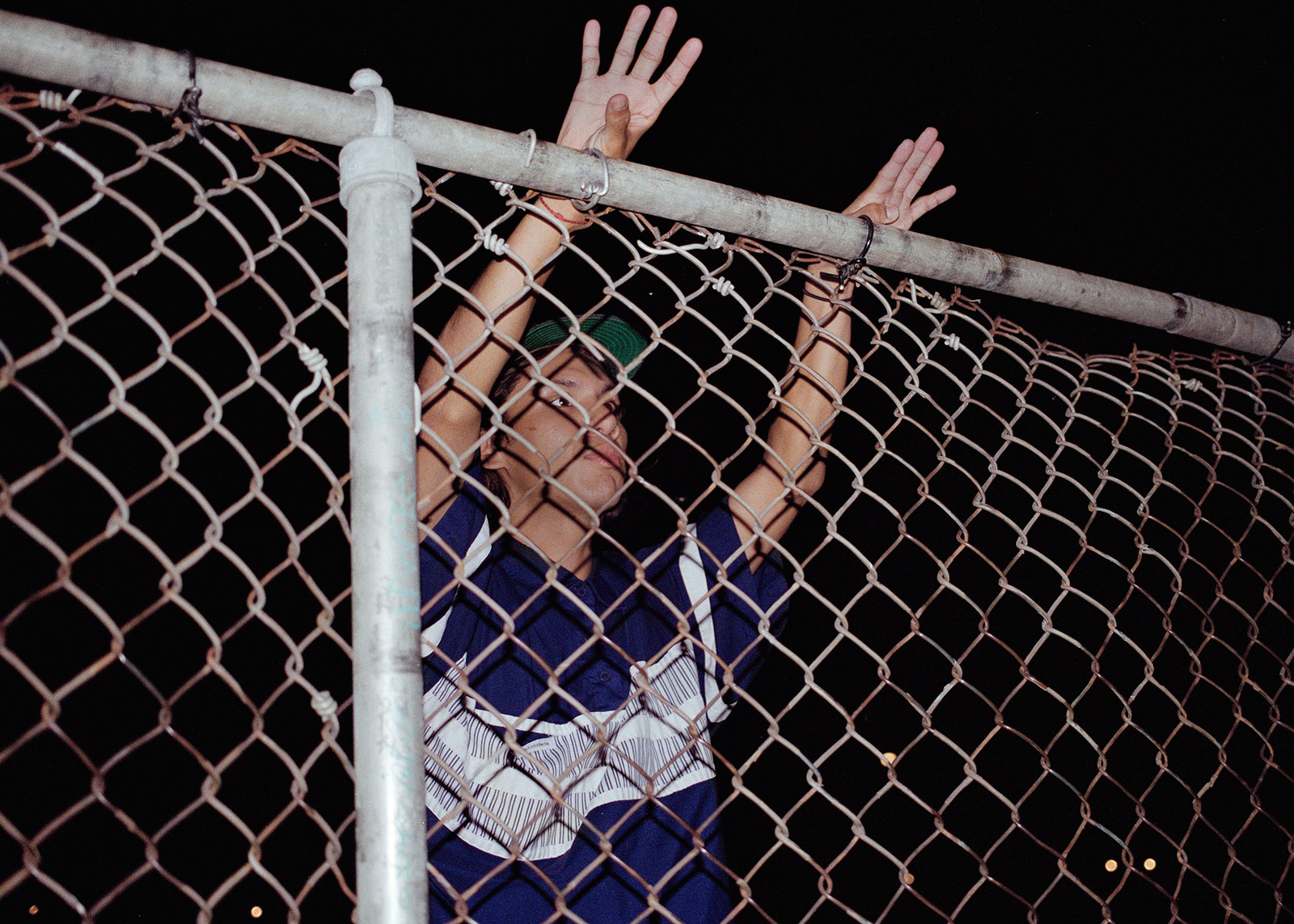 Where did you spend most of your youth?
My high school was located near Times Square. Every day after school my friends and I would hang out in the big Toys’R’us, the one with the Ferris wheel in the middle, which is sadly extinct now. When we didn't hang there we ventured downtown to Union Square, the ‘promise land of the inner cities’ emo and skater scene. Being broke, made us appreciate St. Marks for it’s dollar pizza and cheap bubble tea. On hot summer nights, we’d hop on the F train to Coney Island and jump into the dark water, often confusing the touch of a black trash bag to that of a jellyfish. When we didn't want to ride our bikes or share one unlimited metrocard and wait 18 minutes in between change overs, we’d skate the streets hoping we wouldn't get hit by a bus and get our boards crushed. Most of our apartments were way too small, so the streets of New York was our playground. So essentially I spent my youth all across the five boroughs of New York City just roaming around looking for fun. My family immigrated to Long Island City, Queens, in the 1980’s. Rent was cheap during that time because our neighbourhood was a food desert. There was nothing but factories, graffiti, prostitution and gang activity. I remember being six years old peeking out the window at four in the morning asking my mother why there was a woman sitting on a man’s lap outside our staircase. I also remember trying to decipher the sounds between fireworks and gunshots which came from the Queensbridge housing projects situated a few blocks from us. In 2014, about three years ago my family was displaced and priced out of our neighborhood. The house I grew up in was sold, demolished and currently being built into a condo.
What is your favourite image from the shoot and why?
I really love the one of the green jacket on the bleachers. There is something about it that feels melancholic and very heavy, at least for me. What I like about it is that it speaks for itself. It tells its own narrative and everyone can place their own story to it. There is a lot feeling rooted into this photograph that it speaks back to you. There is an immediate emotional response that is self-reflective, and I like that.
Any last words?
It took me between the ages 15 and 21 to finally come to terms with myself. I know for many this isn’t the case. There are LGBT youth who are kicked out of their homes. There are youth who commit suicide. Some people live in silence forever, tormented by their desires. This was a hard thing for me to do, especially as a queer person of color constantly battling the social constructions subliminally inflicted upon me from the latino community. Dealing with my father’s machismo and my mother’s fear of having a son grow up with a ‘harder life’ made me hate myself. But as I grow and come to understand my queerness I want anyone reading this to know that it’s okay to be different. It’s okay to be yourself. Screw normality. Everyone’s coming of age experience is different but it’s always about finding yourself; about growing up and becoming who you are. Leaving behind your old anxieties and accepting yourself. It’s about getting over that ‘fence’ that is holding you back and blocking you from getting to the other side. In this case that ‘fence’ was myself. 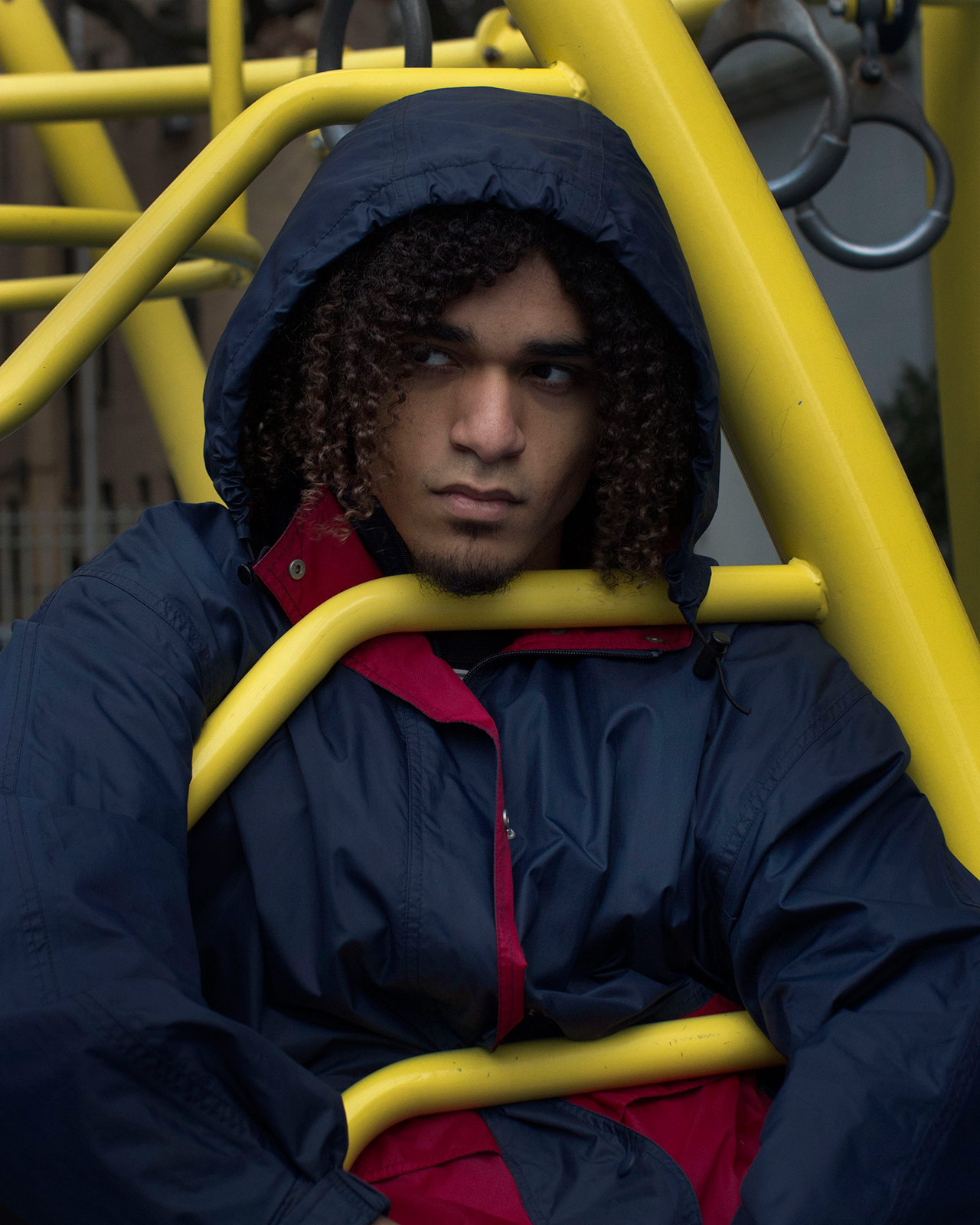 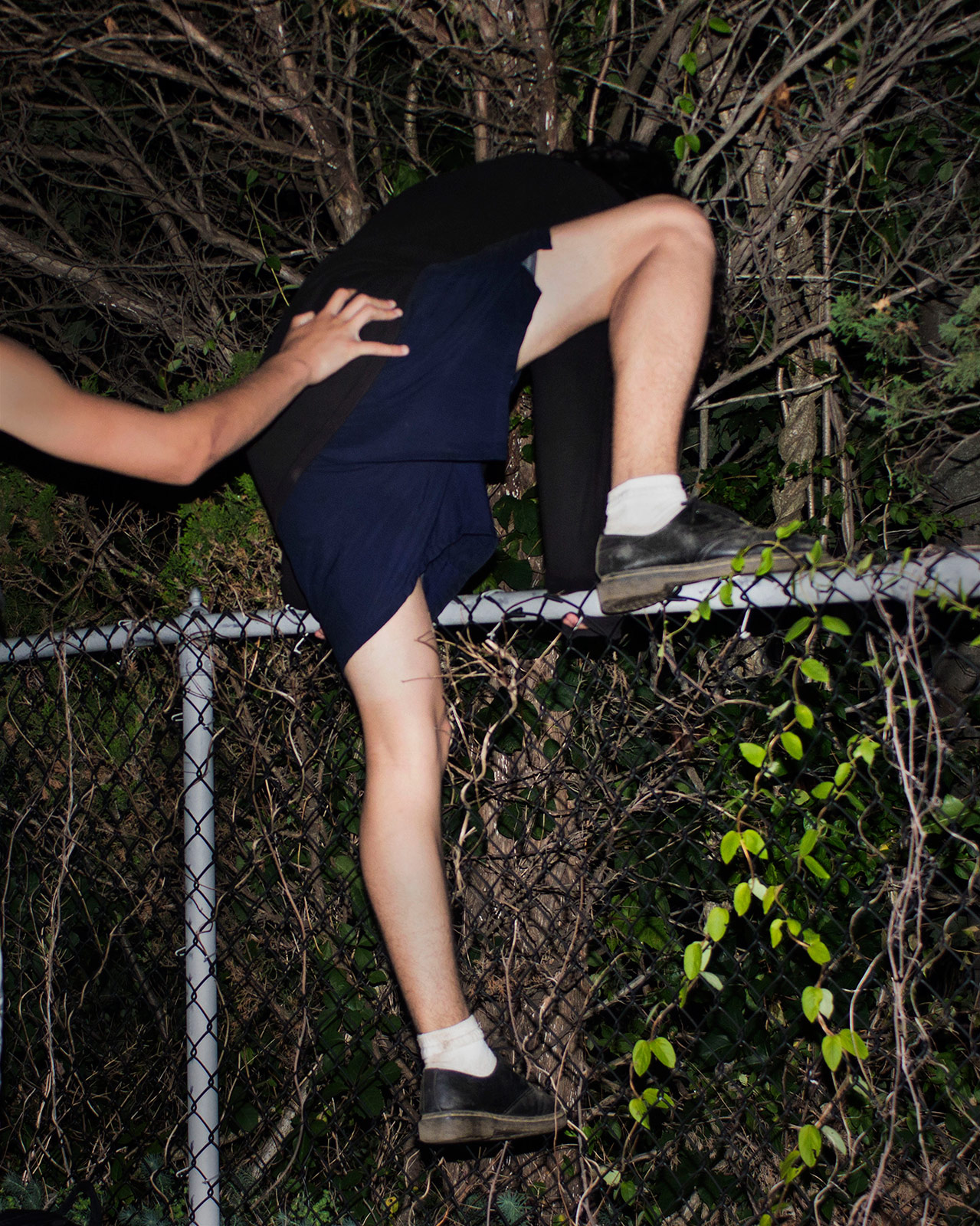 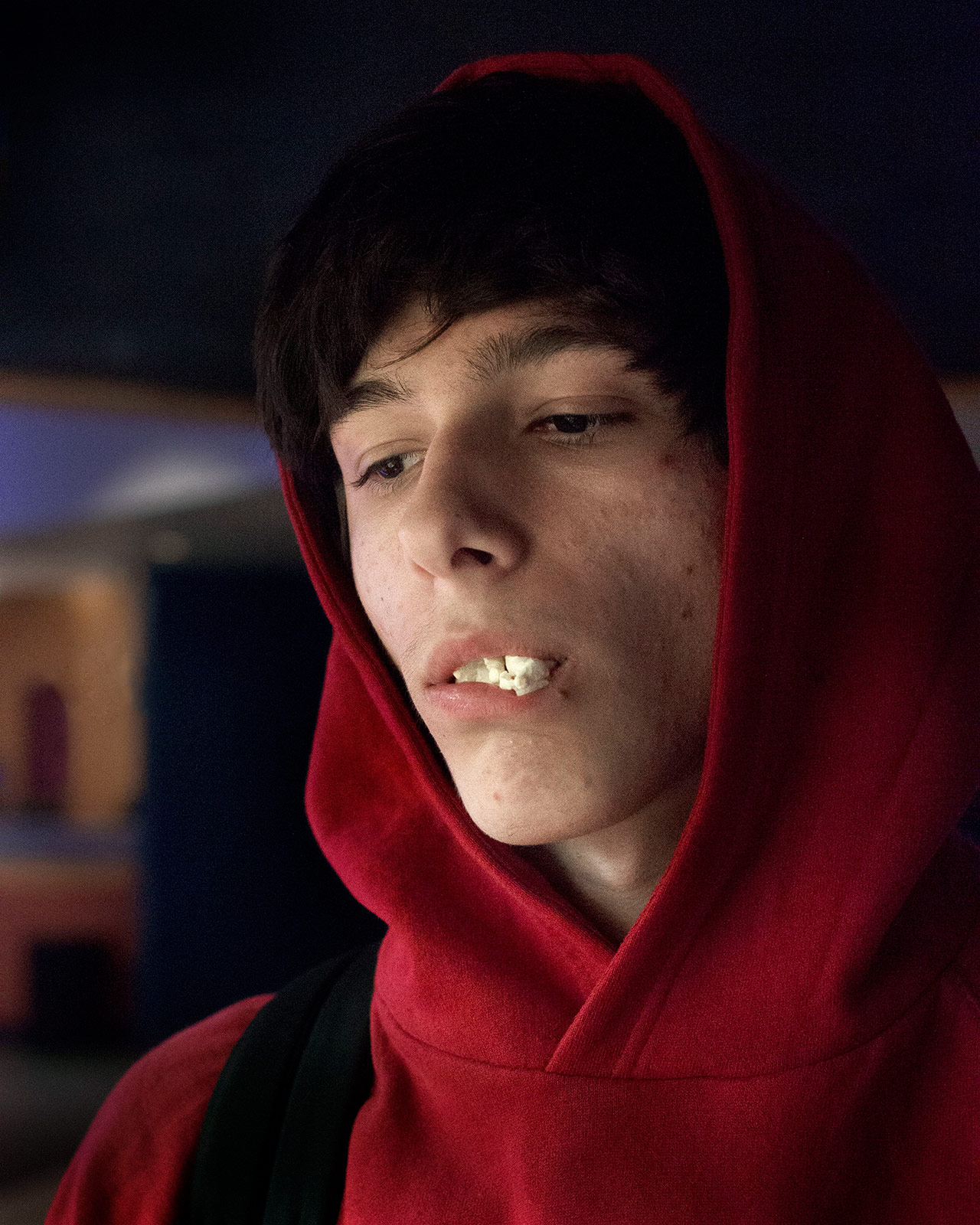 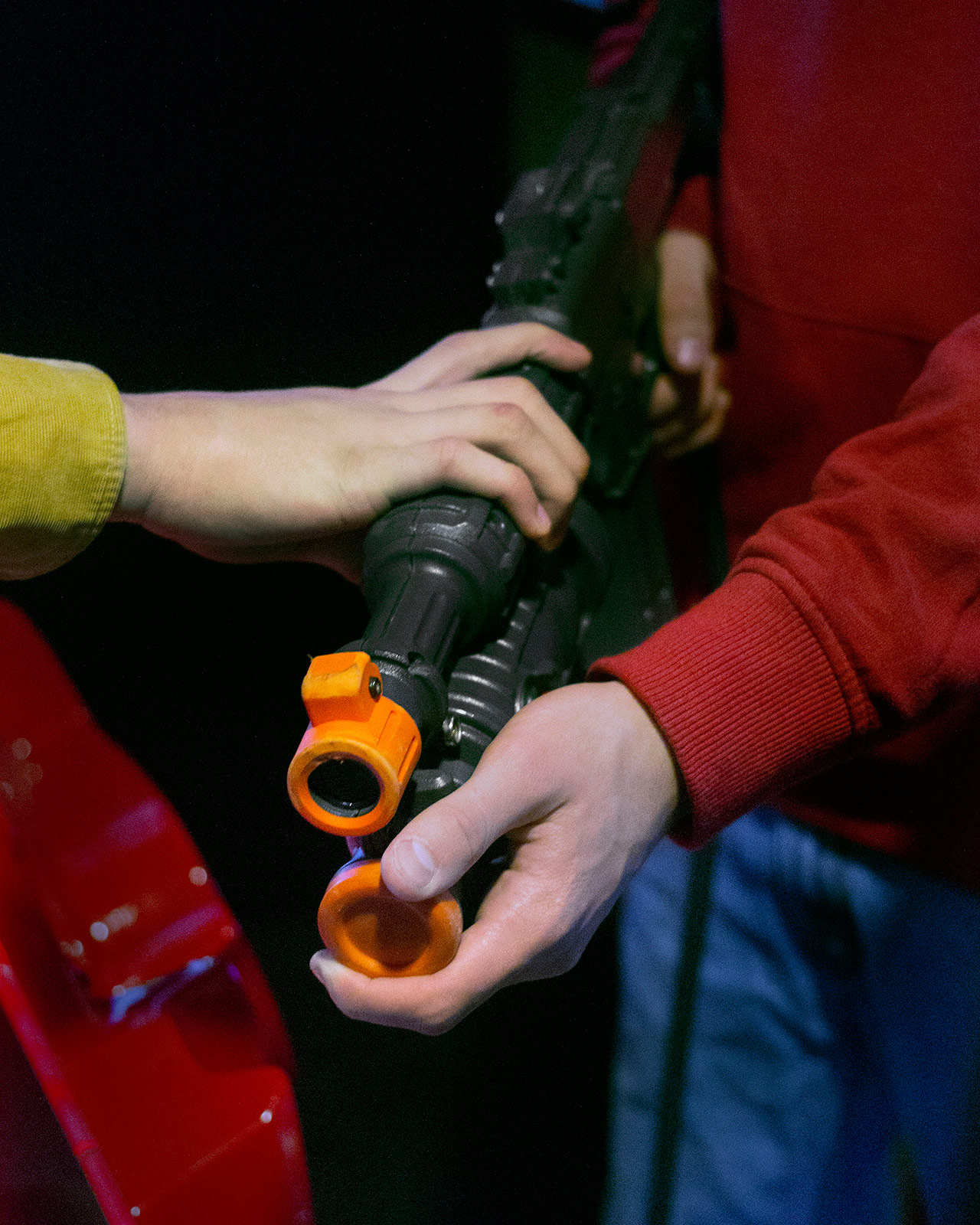 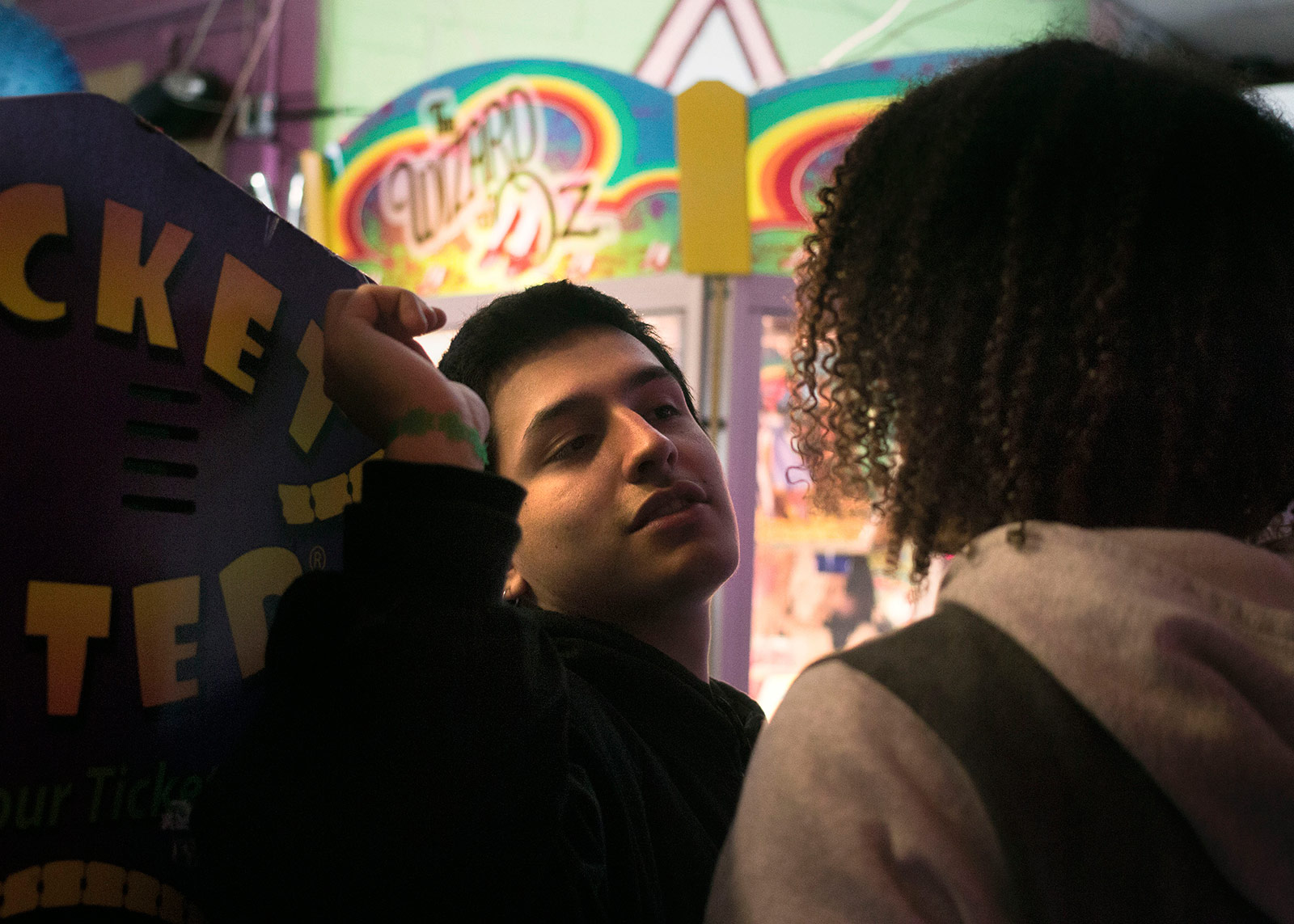 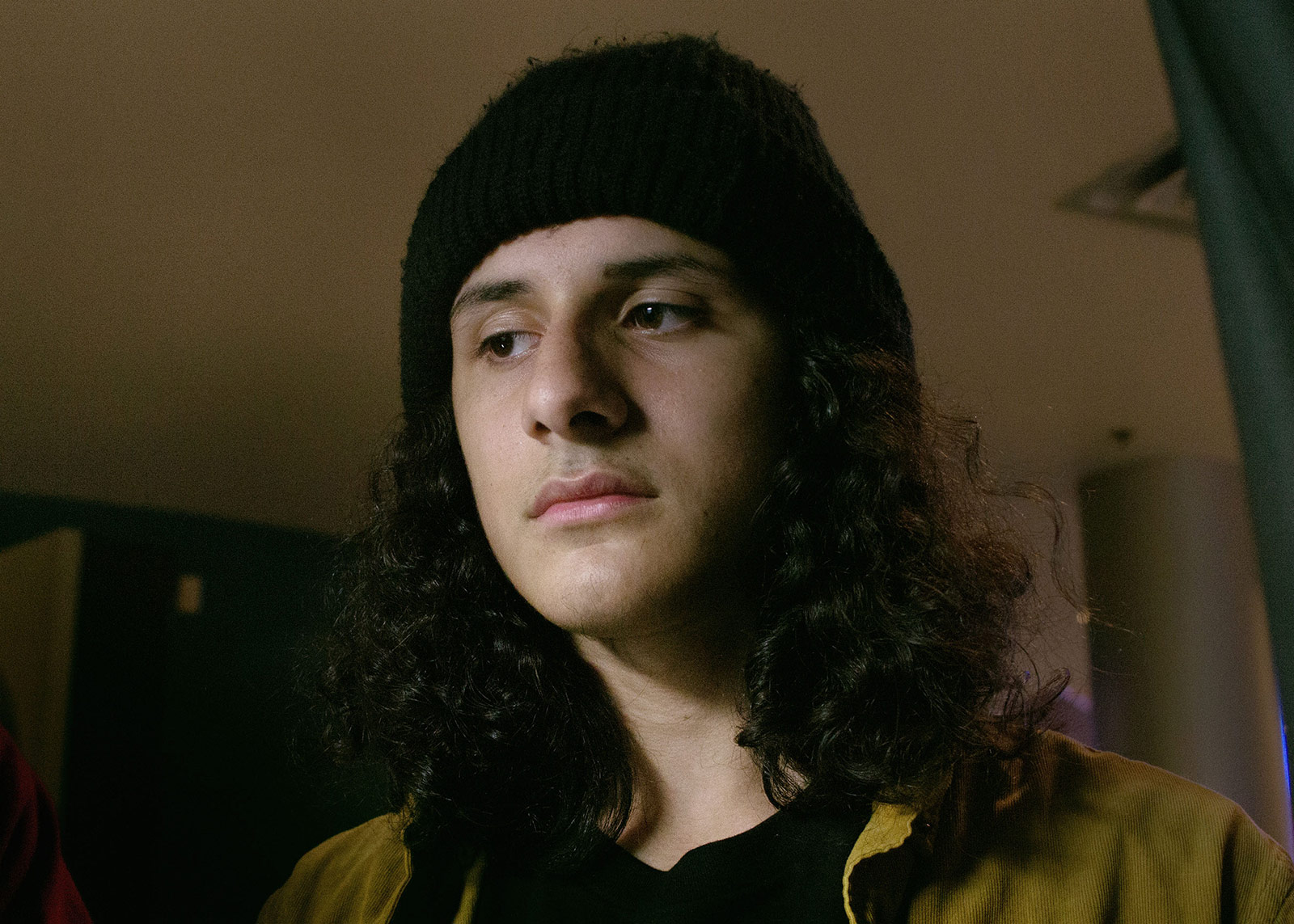 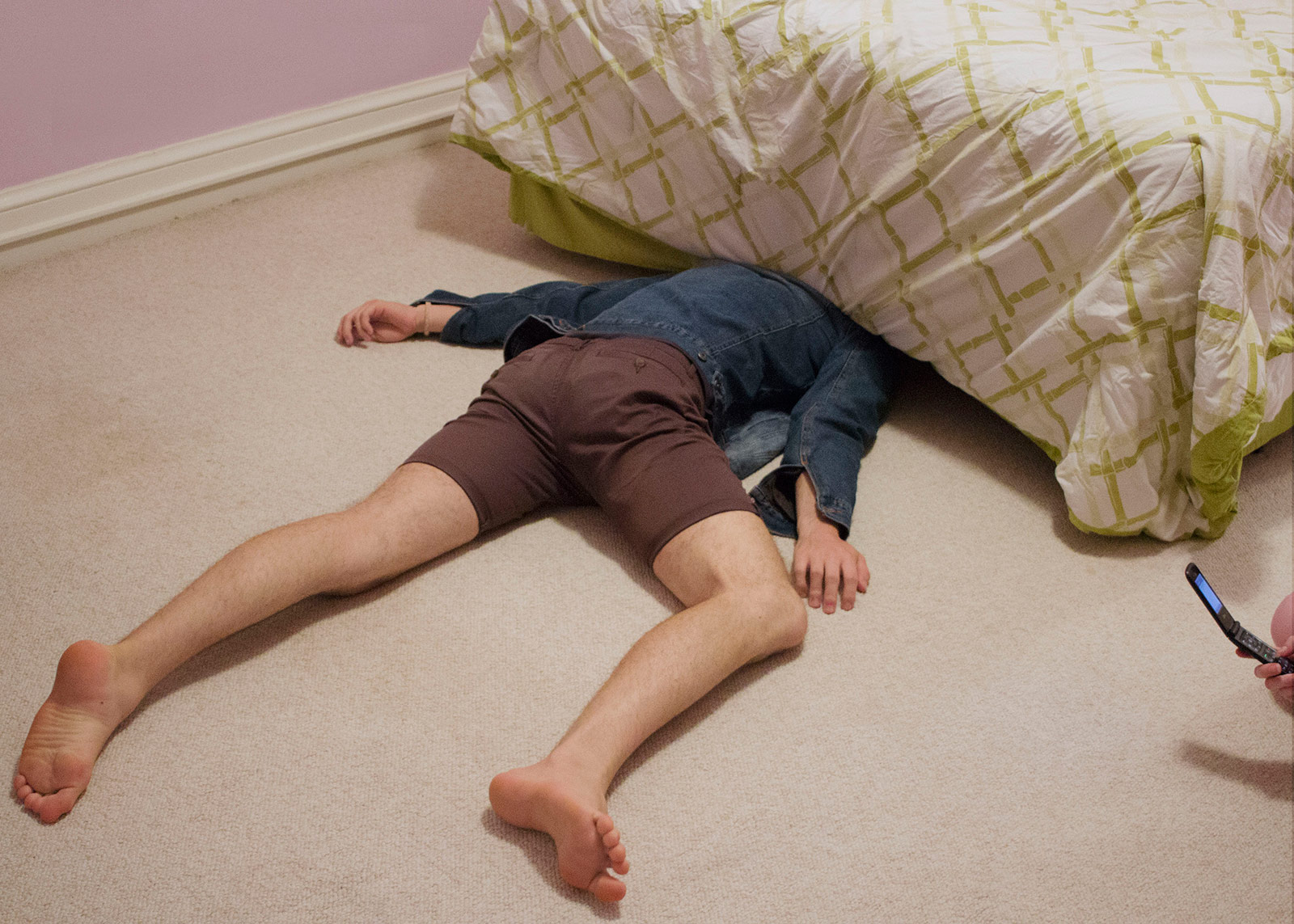 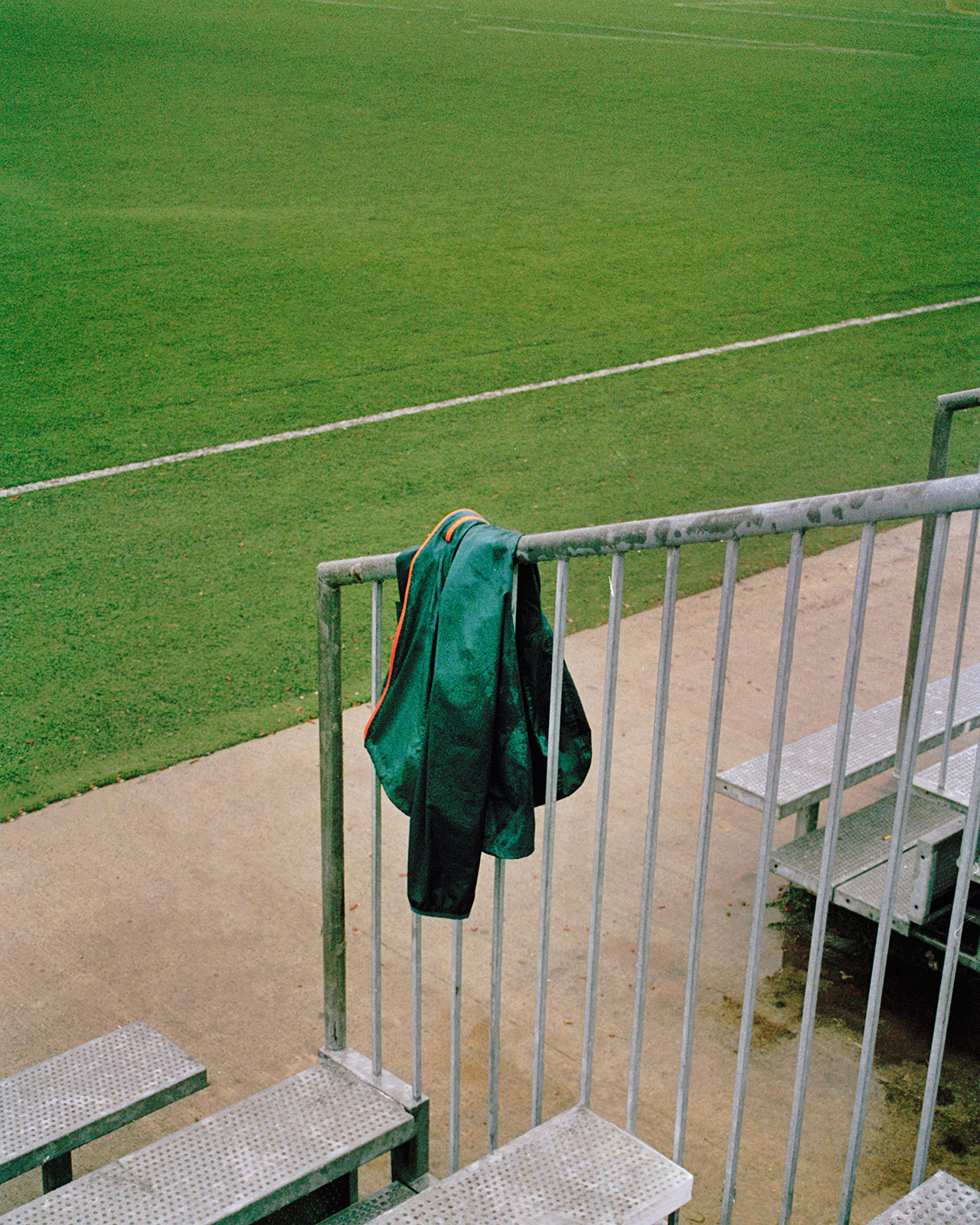 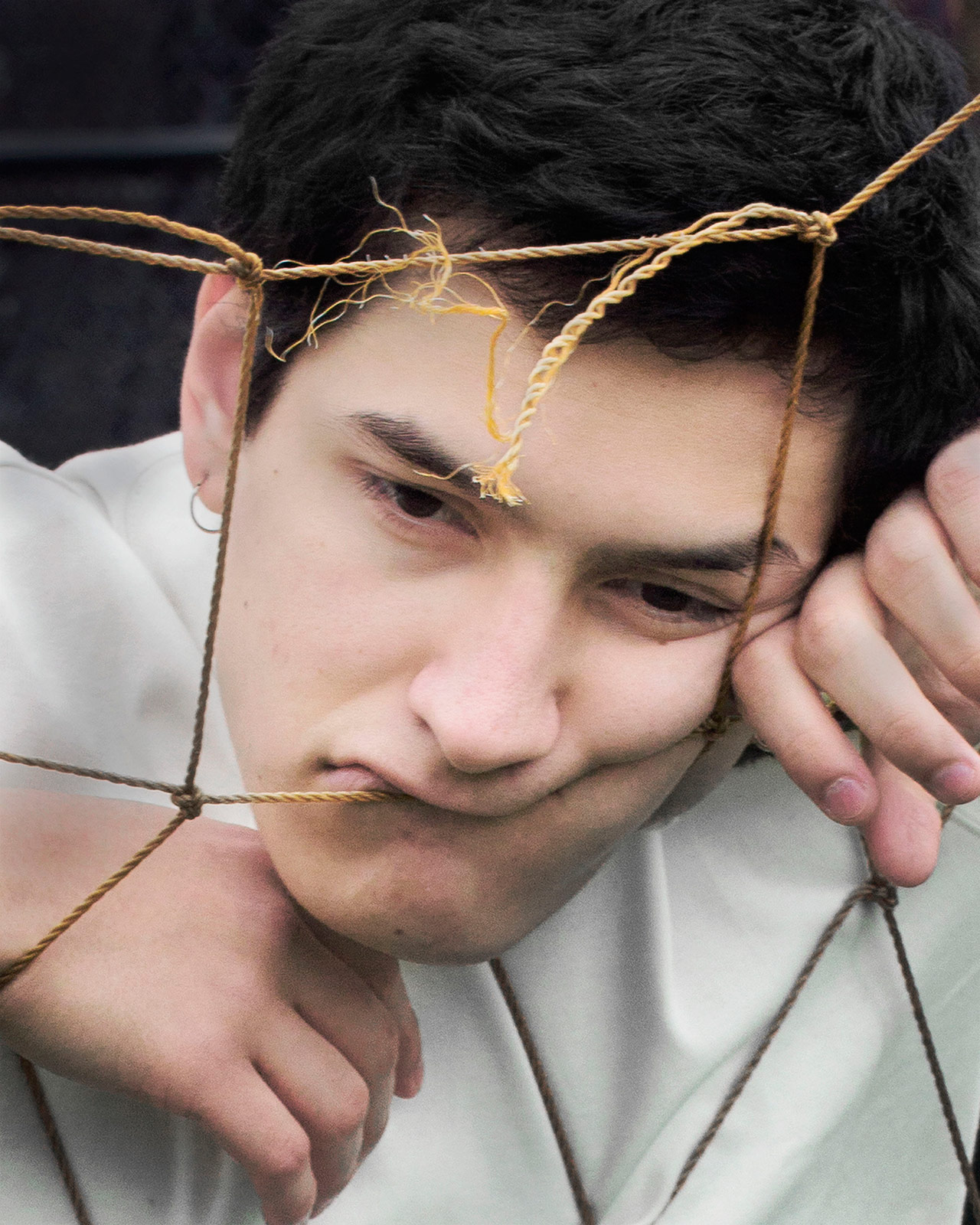 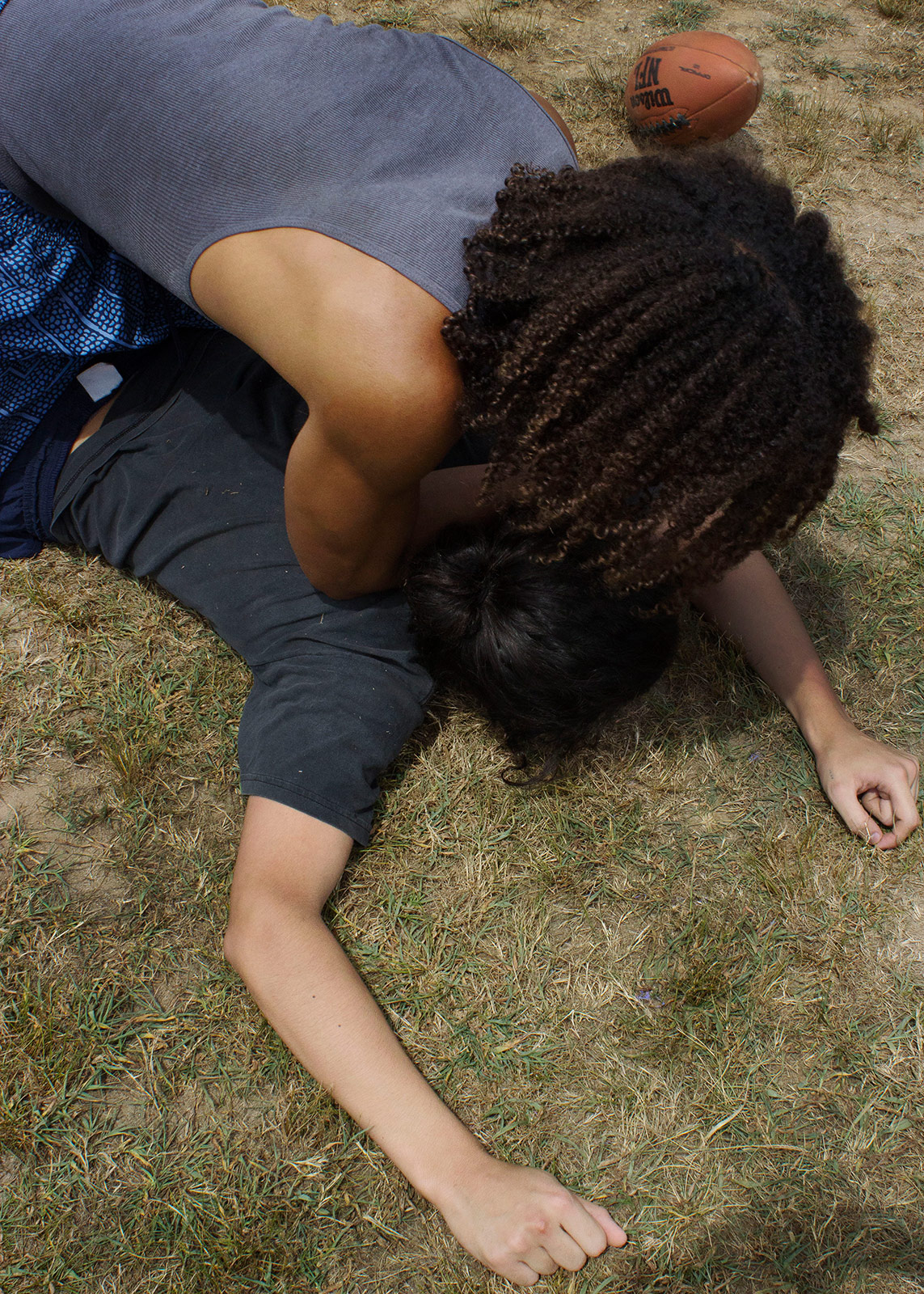 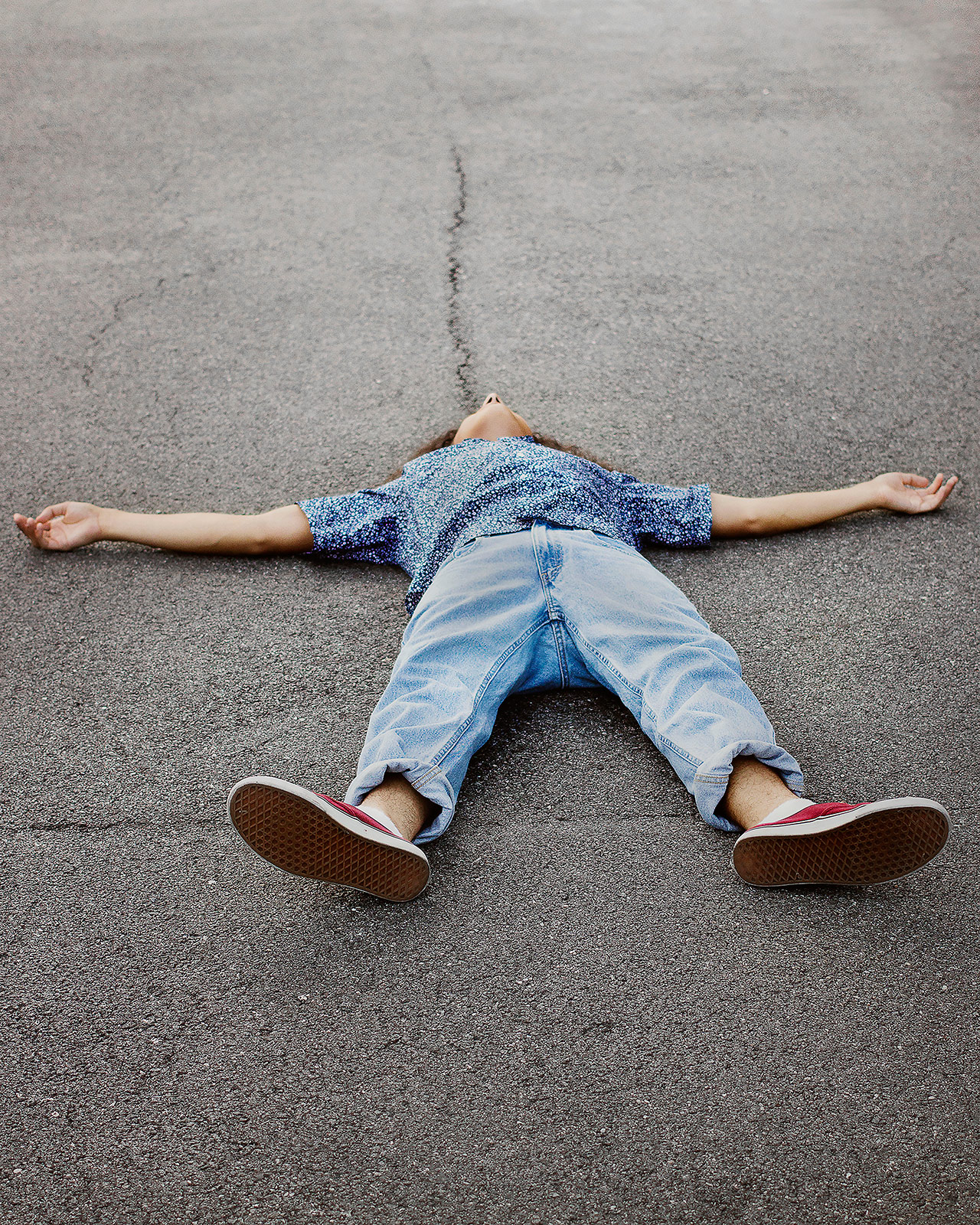