Finding a voice through clothes 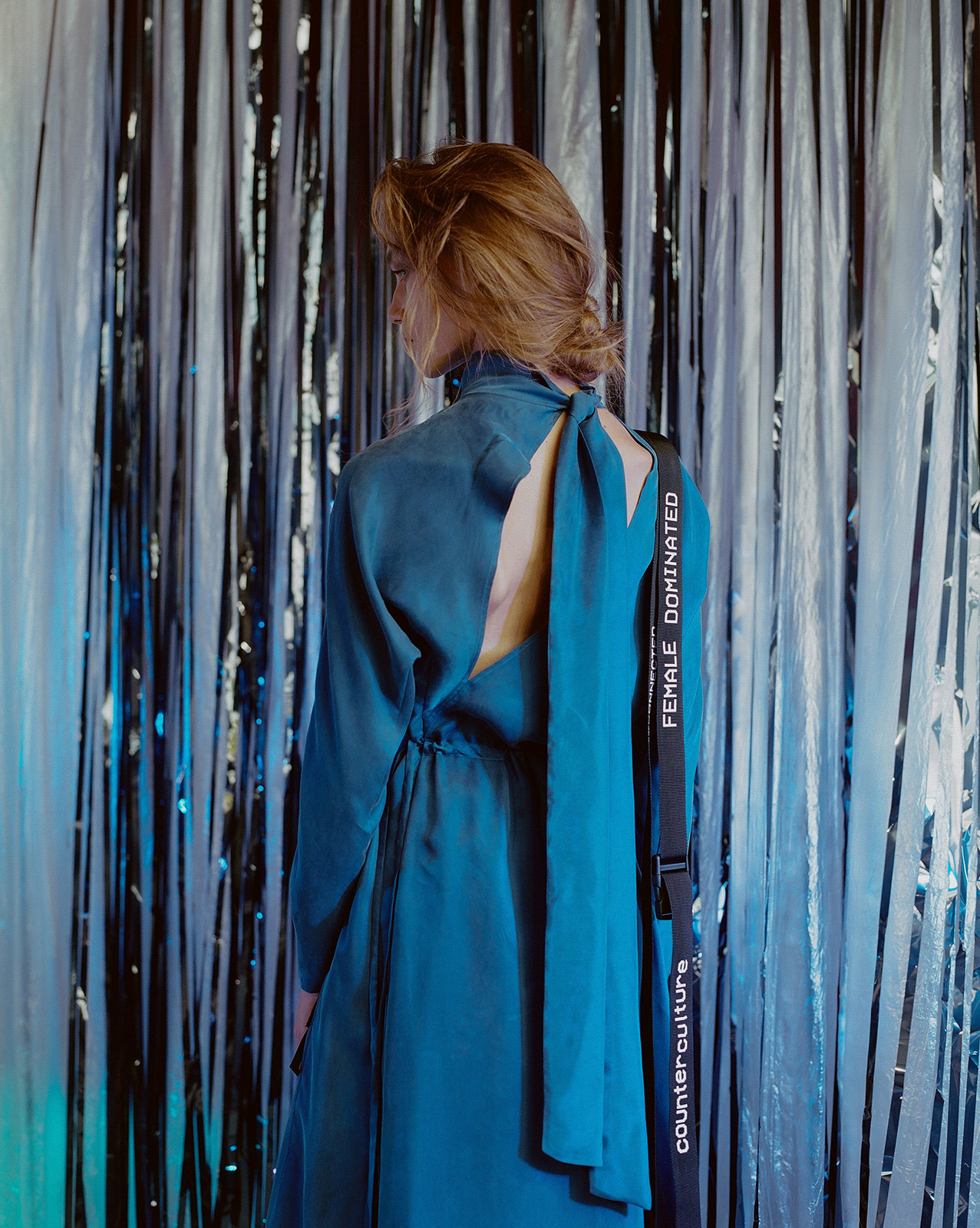 Following the desire of being heard, Keta Gutmane yelled her name and got involved in the alternative art scene of his hometown, Riga (Latvia), after leaving her studies in music. Fashion was her new direction. Characterised by contrast, the brand’s women are very feminine, powerful, strong and they were born to be leaders. Hers is an army not afraid to participate in contemporary global protests. We talk with her about the former Soviet Union country’s rave scene, what made her change her mind, and how does she empower women through clothing.
Can you tell us your story? Who is Keta Gutmane?
I am from Riga (Latvia), which is a European city but lacks global dimension. It’s good yet sometimes frustrating to be here, especially if you want to move faster and more powerfully. At the beginning of my path, I tried to find myself by studying music but I left after finishing half of the studies. My circle of friends changed then and I started to actively participate in the alternative art scene. This was in the wild ‘90s, when Latvia was still part of the Soviet Union – an entirely different reality.
For example, the beginning of the 1990s was similar to what is happening now in any rural city, where there are still no solid social structures and everyone is just hanging around at bus stops, killing time, and partying with their squad. A life with no plans; not being subjected to aggressive marketing. Money was irrelevant back then. Artists and other creative people lived in a system where they suddenly discovered they were not needed anymore – quite a schizophrenic scene, I would say.
My path in fashion started with Fashion Design studies at the art academy. As a costume designer I have collaborated and created two fashion short films – one of them, titled Lust Lust, was awarded the Grand Prix in Paris in 2009 at Diane Pernet's fashion short film festival ASVOFF.
I have authored fashion installations and also participated in international fashion exhibitions with a couple of objects. One of the most noteworthy ones I was invited to was the exhibition A Queen Within, curated by Sofia Hedman at the World Chess Hall of Fame (Saint Louis, United States), in 2014. At the moment, my work in my label Keta Gutmane is playing a big role in my life.
So what’s Keta Gutmane as a brand?
Keta Gutmane is a brand of womenswear created four years ago with my friend and partner Krists Zankovskis. We are a core group of four, with a regular flow of international interns coming in. We are a small team, like a family, interested in creating outfits worn in today's contexts. The culture of tailoring, the variety of apparel and the way of combining items with each other create a specific mood of wearability. All garments are functional and reflect what we would wear on an everyday basis. 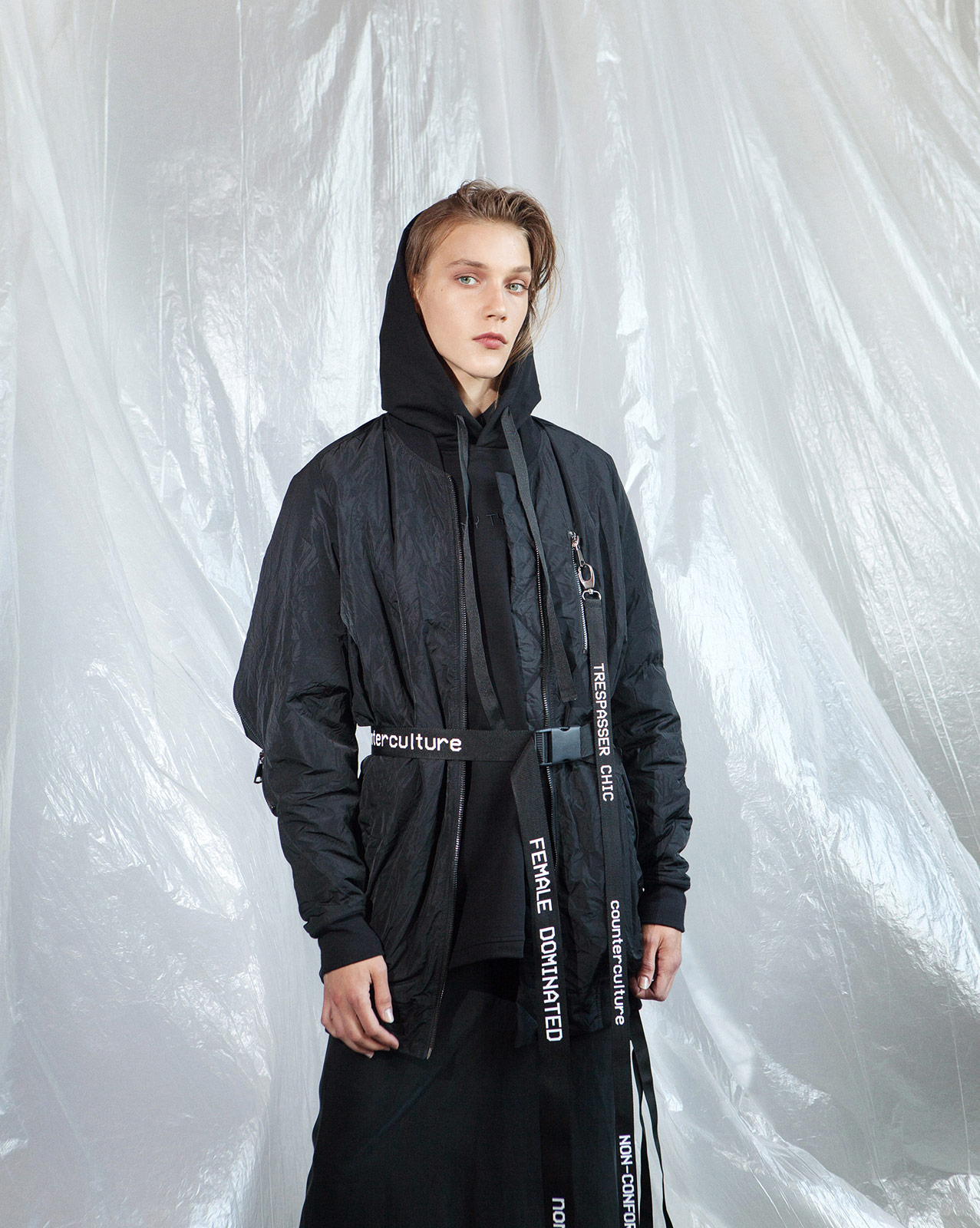 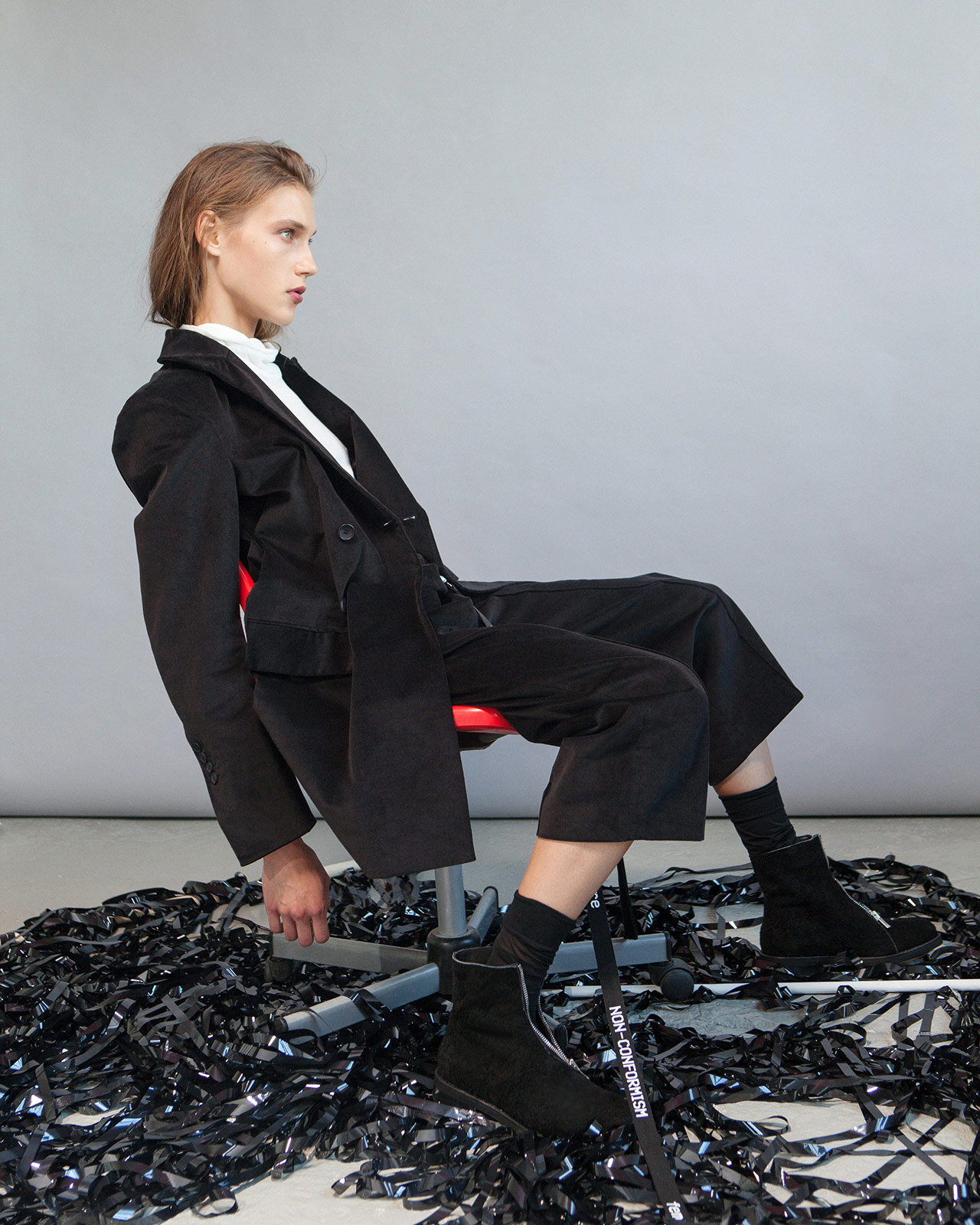 How has your country influenced your style?
To me, Latvia is a support structure; it’s a starting point for something else. It is here that I have become who I am – a designer among other things. But I don't think Latvia has had a direct influence on my design aesthetic and style. I am not much inspired by the environment here so that I’d carry it over to my collections.
However, I have been influenced by my generation, my friends, the social codes and norms we belonged to, and the fact that we were the last ones to enjoy the authenticity of Riga’s 1990s club culture. It was at the beginning of the underground movement that we first heard techno music – it felt crazy, like some Martians had brought us a new culture. All of this together probably opened my eyes to the world, created the desire to break free from the small local environment and challenged me to start a quest in finding another way.
The brand is currently sold in thirteen stores in ten countries worldwide. Did you expect this success when you started? In what countries do your collections sell more, and what do you think is the reason for that?
I appreciate it, it's cool that my voice has been heard. We are investing heavily in what we are doing and, of course, we want to get our return back. Each new store on our roster we start cooperating with is a small victory, but at the same time, it also brings responsibility and risks. Currently, our collections are available in European and Asian stores.
Your collections are very feminine, although there seems to be a lot of a menswear tailoring adapted to the female body. What is your relationship between the feminine and the masculine? What are the relevant elements/details that make your collections so?
The style of Keta Gutmane is characterised by contrasts. I like the duality between the wardrobes of men and women, so I play with classic men’s dress codes by transferring and adapting them onto a woman's body, like adding details and quotes that represent the social codes of our time and urban street culture. Thus I am creating something new in the silhouettes of contemporary women. 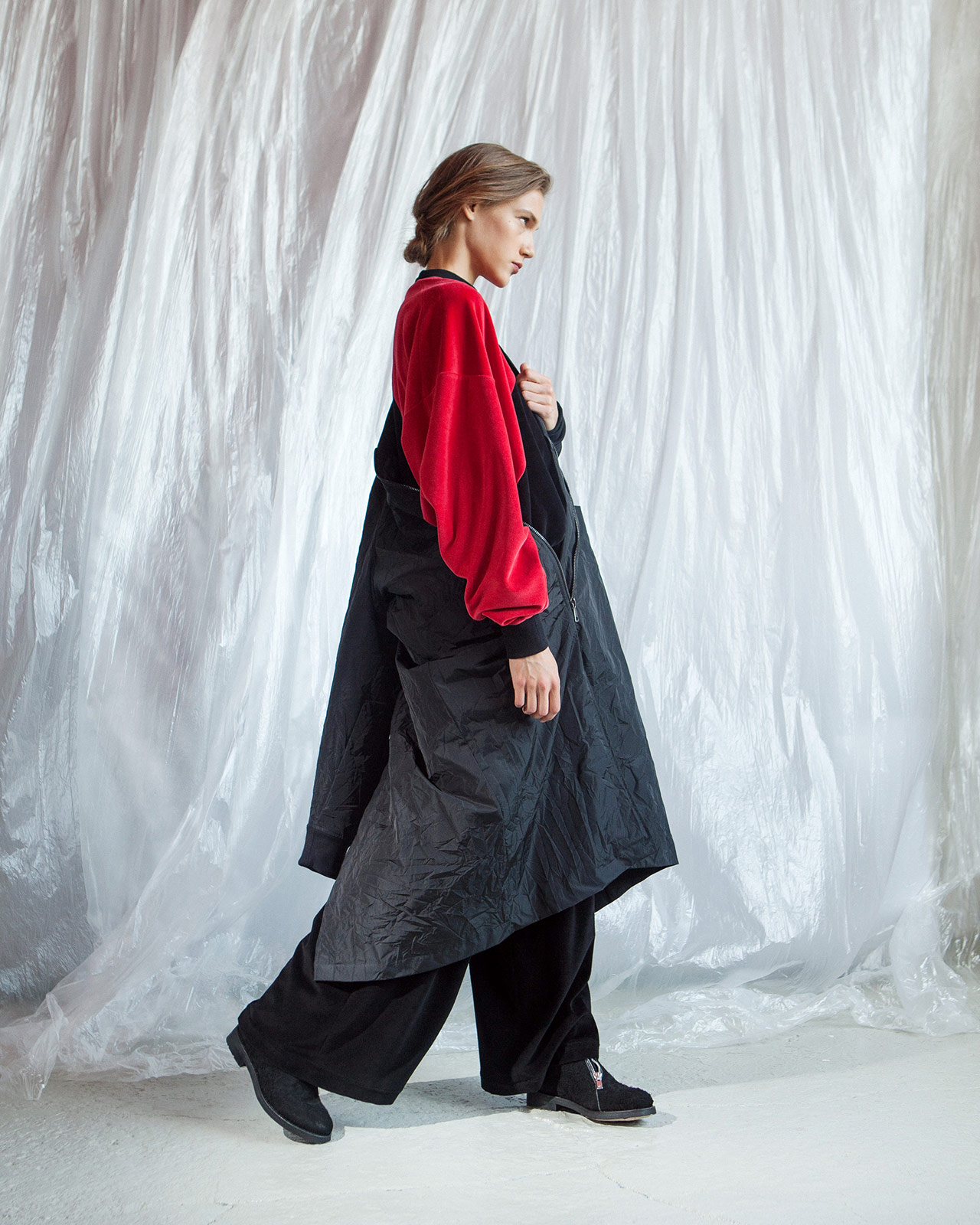 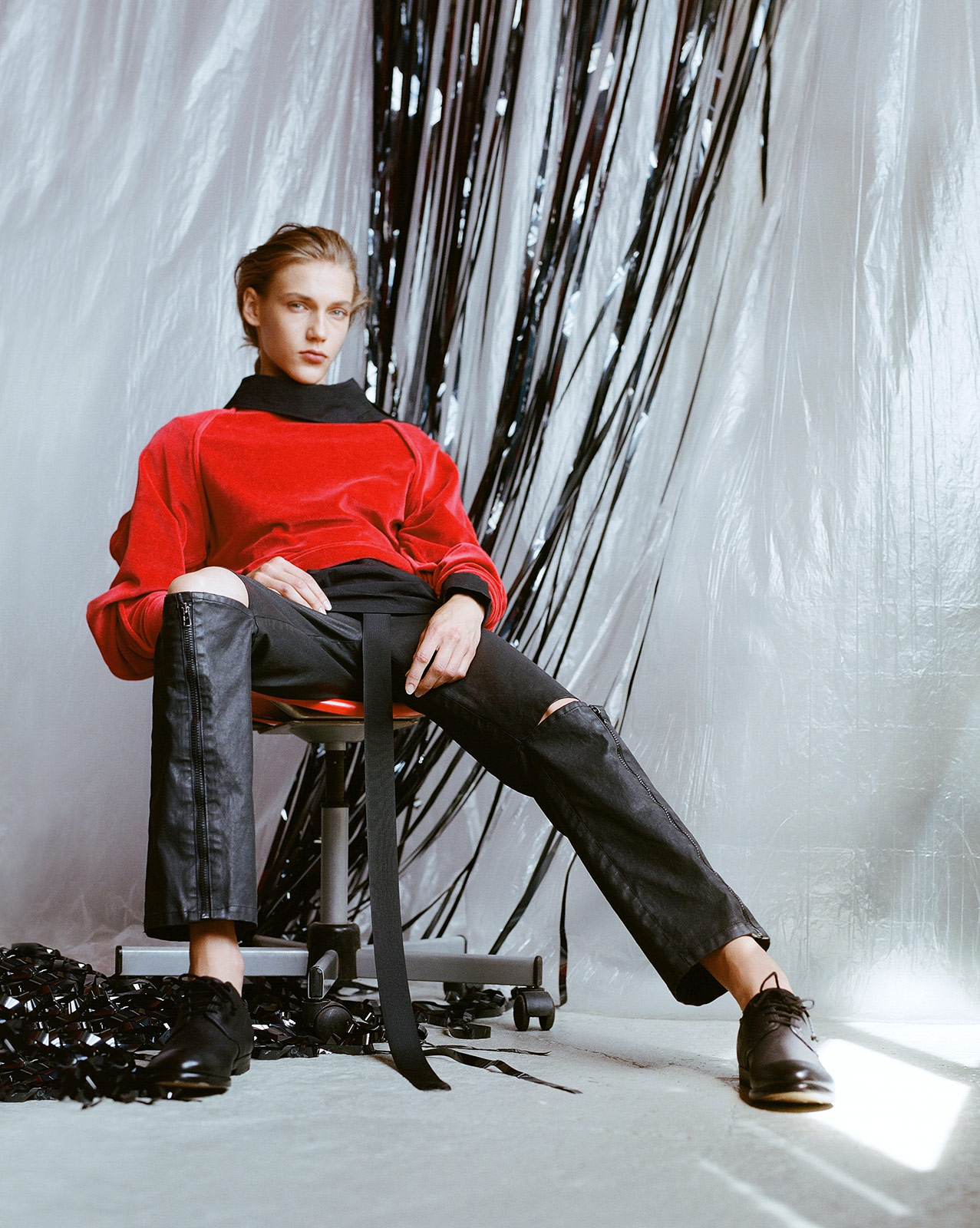 Let’s talk about your Fall/Winter 2017 collection. What was your first inspiration, and how did it evolve to the final result?
I was inspired by the women’s marches and demonstrations that took place back in January, the global protest, its massive slogans – a strong reality. Women as a united army, a mighty force. Another source of inspiration for the collection was the nostalgia for the local 1990s club culture aesthetics, where art and the rave movement got combined, offering creativity as a protest against the consumer culture.
When looking at the campaign, we can see some VHS film torn apart decorating the set. What is the relation between this VHS and the collection? Where do the different silhouettes and aesthetics come from?
Here, the VHS has a symbolic meaning: it is used in visual language depicting sentimental longing for the ‘90s. A whole generation grew up with those tapes, music and movies – it was like a cult, and everything changed when cassettes arrived.
A venturous mixture takes place among all garments of Fall/Winter 2017, providing with backboned femininity the attire of a sensitive non-conformist fighter.  The big-shouldered classic trench coats stay minimalist yet intermingle with the tracksuits’ bright colour codes, like reds and blues. Wide trench-material trousers with plastic side zippers flirt with clichés of sporty and urban silhouettes. From the feminine side, classic dresses with a Gutmane twist come either with deep back slits or asymmetrically.
A truly metropolitan groove derives from a beige costume of wide pants and a jacket worn with a hoodie, tackling the ever-topical women’s march with truly empowering apparel. Urban bombers and tailored jackets get borrowed from men’s wardrobes and are adjusted to fit women, hence allowing the tailoring culture to engage with the sporty and urban aesthetics.  The colour presence is strong, boasting red, blue, beige and white next to the ever-present and most loved black.
Regarding materials, emphasis lies on straightforward yet subtle textures that do not overshadow the design and offer mind-boggling tactile pleasure. Smooth crunchy cotton coexists with feminine cupro that gives lightness. The ‘80s fancy velvet femininity opposes to the leather finished cotton for a masculine touch.
On some of this collection’s clothes, we can read concepts like ‘non-conformism’, ‘counterculture’, ‘female dominated’ and ‘trespasser chic’. Are you a fashion rebel? Do you try to convey a rebellious attitude or message through your collections?
I'm not afraid of strong words or paraphrased slogans; I have used them as a discernible language for the concept for the Fall/Winter 2017 collection on women’s movements, manifestations, and protest actions. I acknowledge that all of this points to directness, leadership, aggressiveness, change and fear. And it's so typical of the world right now. 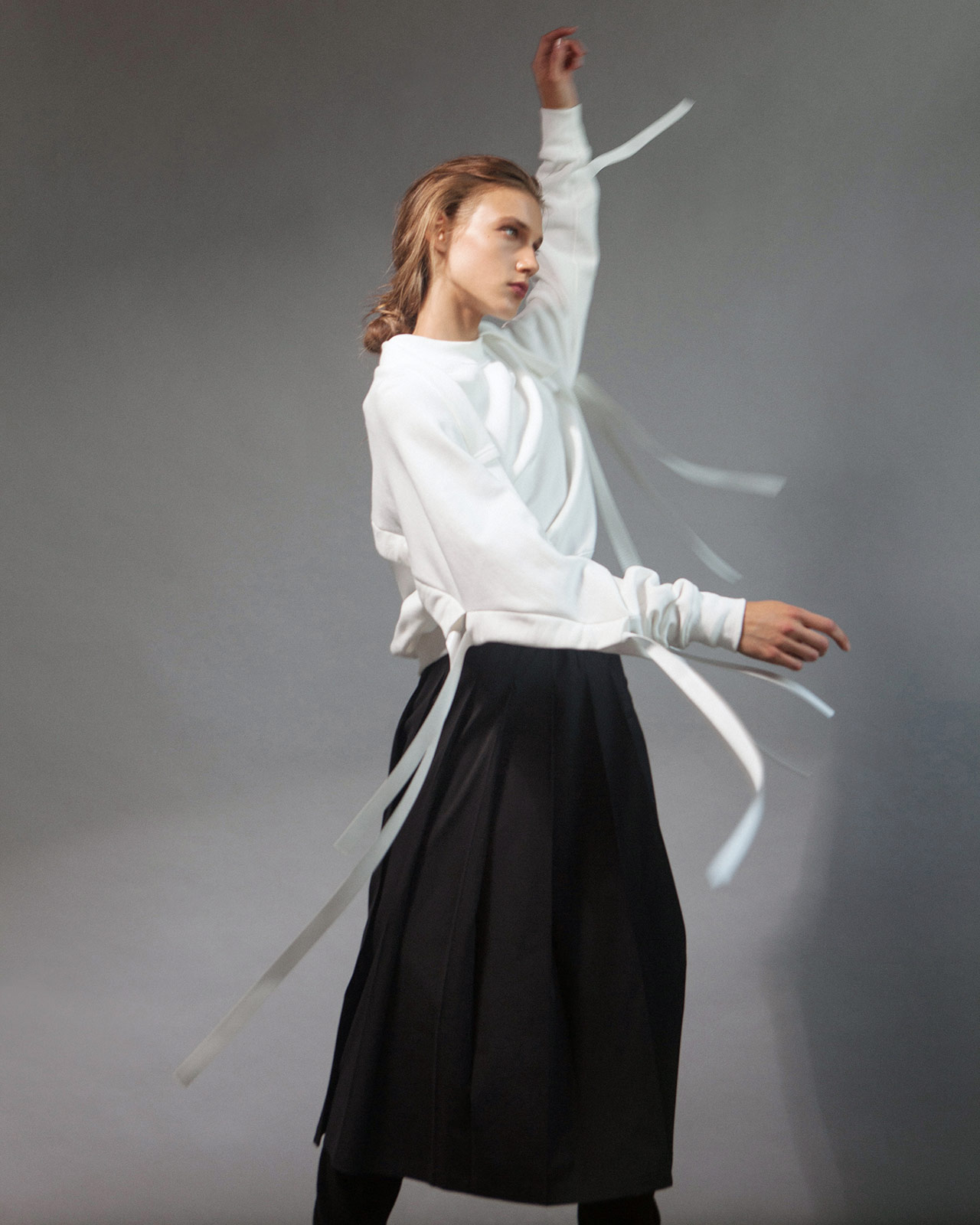 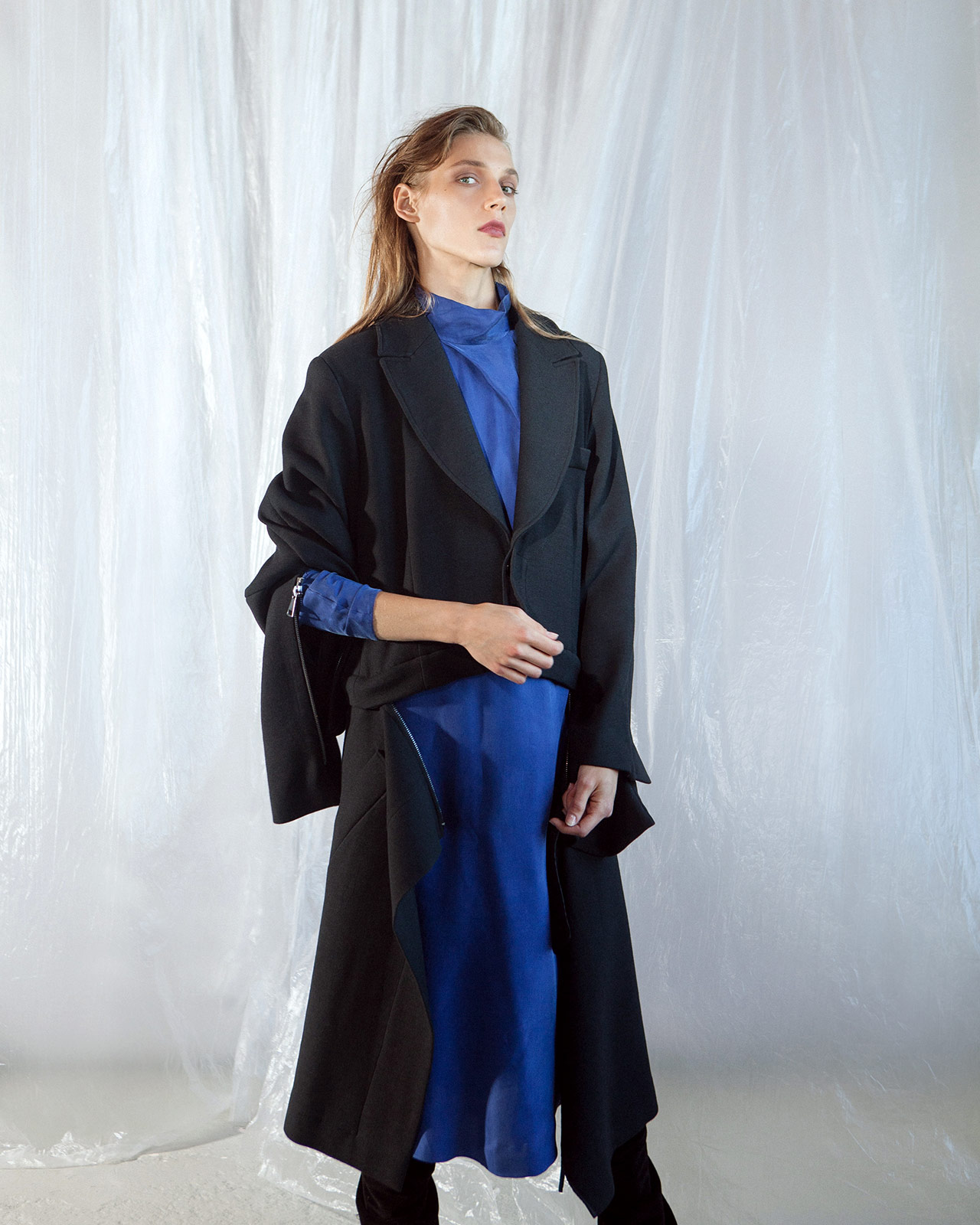 What does individualism mean to you?
To be free and act free, being mindful of the consequences at the same time.
Each season has a particular colour accent, what’s the reason behind this? Is there any symbolism that you relate to specific colours?
All of them have their own power and meaning. Blue stands for aristocracy, red for the red dot of the VHS record function, beige for uniforms and women’s army.
You have realised also some fashion films and short horror films, as you said at the beginning of this interview. Do you do them yourself? What relation do you find between fashion and horror?
My good friend the film director Martins Grauds invited me to make costumes for his films. It was a wonderful experience to spend time in the lively environment of movie people. We were a creative group of active folks creating two excellent short fashion films. I recommend you to watch Lust Lust, the one I told you about before, which left no one indifferent and even won the Grand Prix award during ASVOFF’s edition in 2009. The director partly based it on the reference to Hitchcock's Psycho but adding black humour. The costumes were made eclectic, slightly futuristic and the interiors were authentically selected with reference to the post-Soviet aesthetics.
This was a serious film project, followed by a sequel in 2011 – the second movie, Creak, directed by Grauds again. This featured some horror movie aesthetics, as something from Kubrick's cinematic language served as an inspiration for the artistic taste of the film. 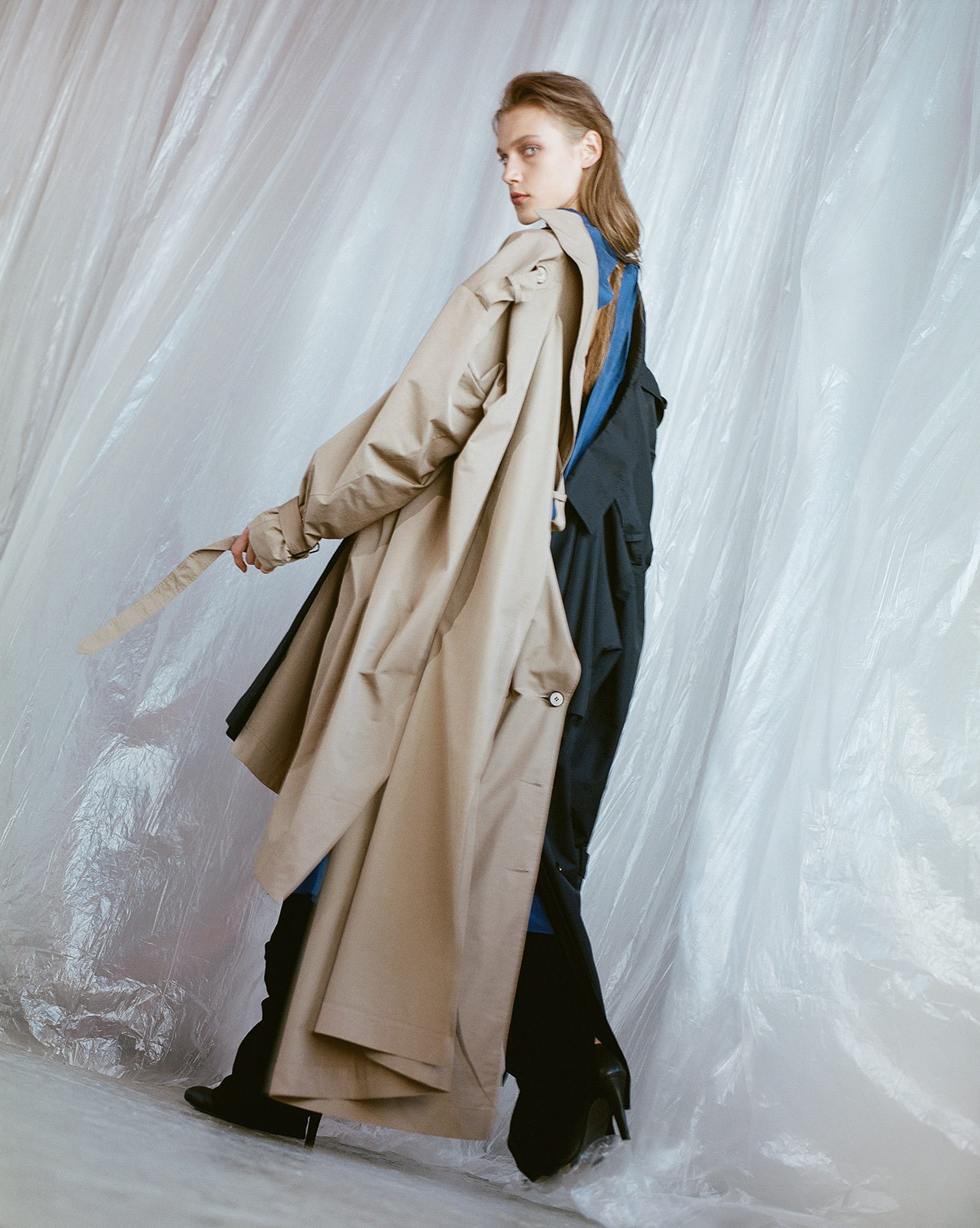 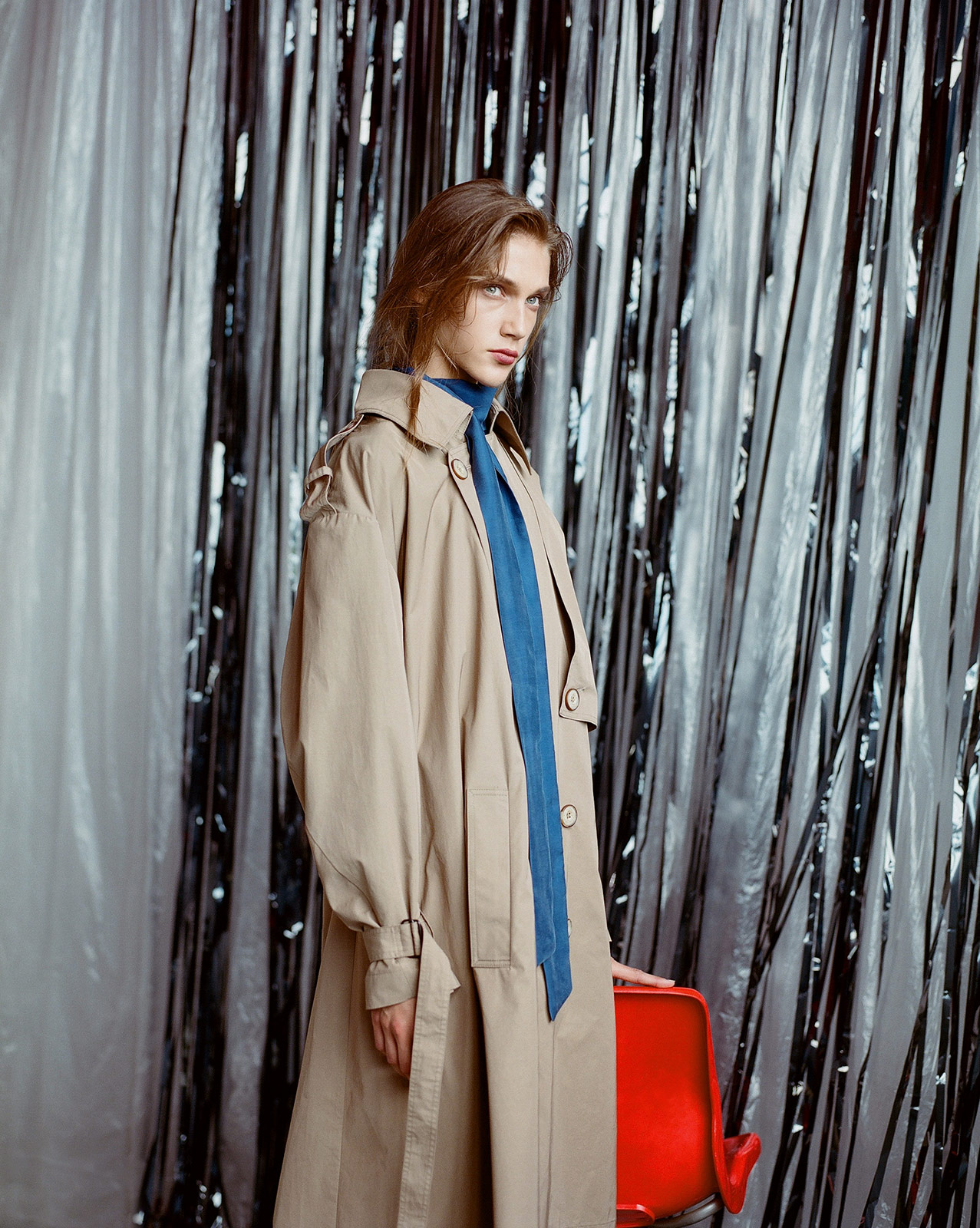 Does horror have any influence or impact on your collections?
No, it doesn’t.
Are you planning any other fashion film that we don’t know about?
No, this is not on my schedule right now.
Let’s talk about social media. What is your relationship with them? Did they help you get where you are now?
Social media has become a powerful weapon for communication and manipulation, but at the same time, it’s like a large collective trash bin. Nevertheless, I am aware that powerful results can be achieved via this medium. 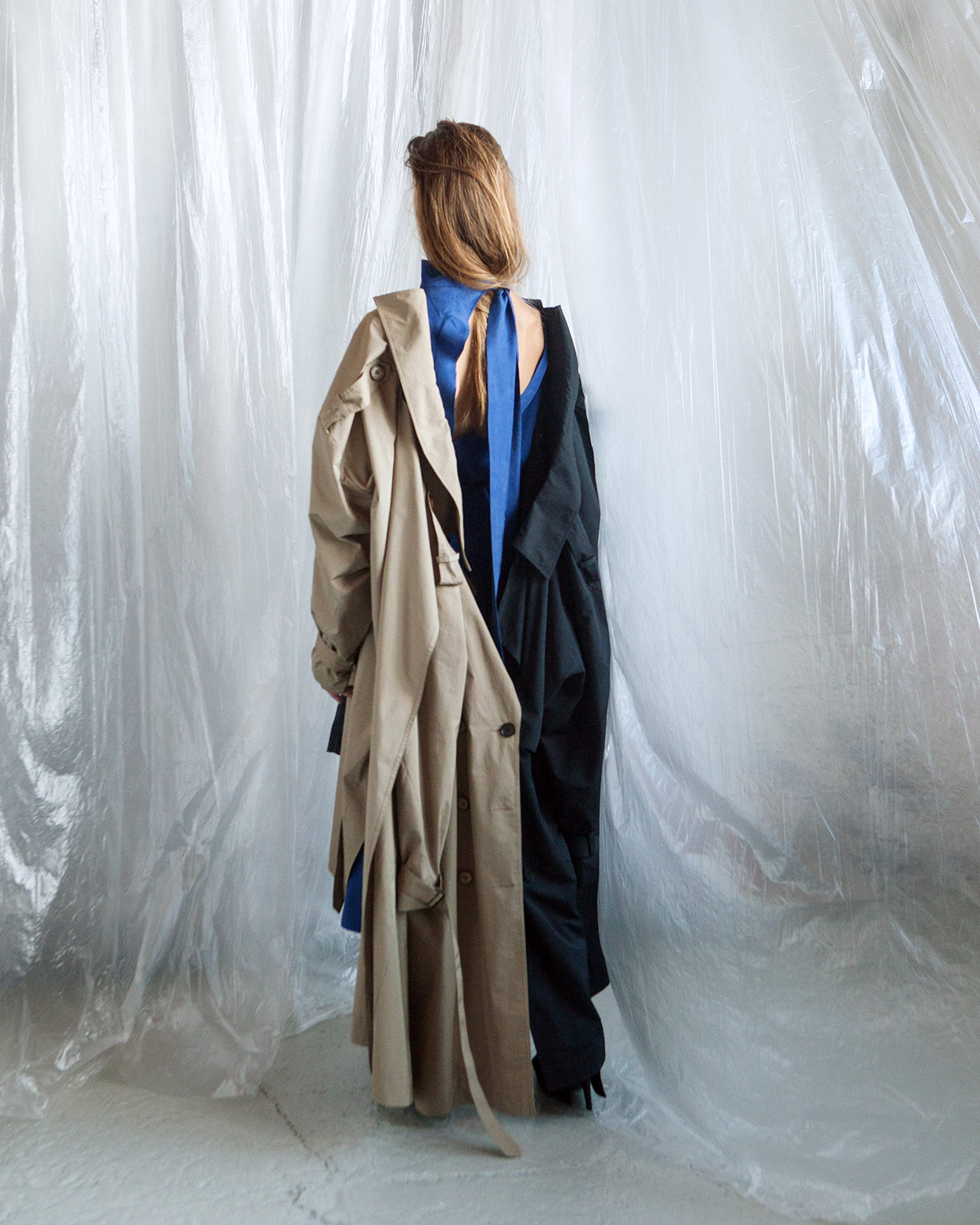 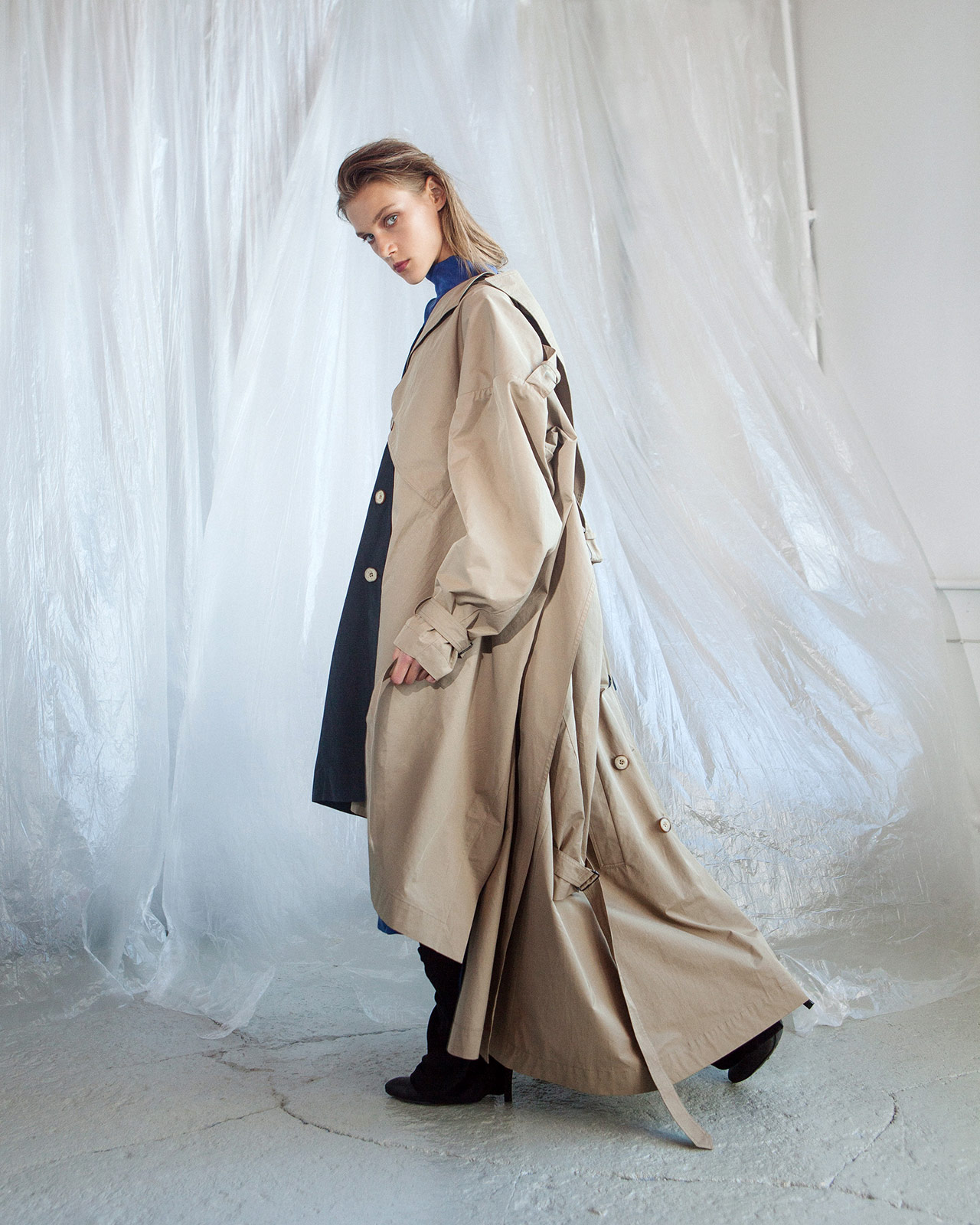 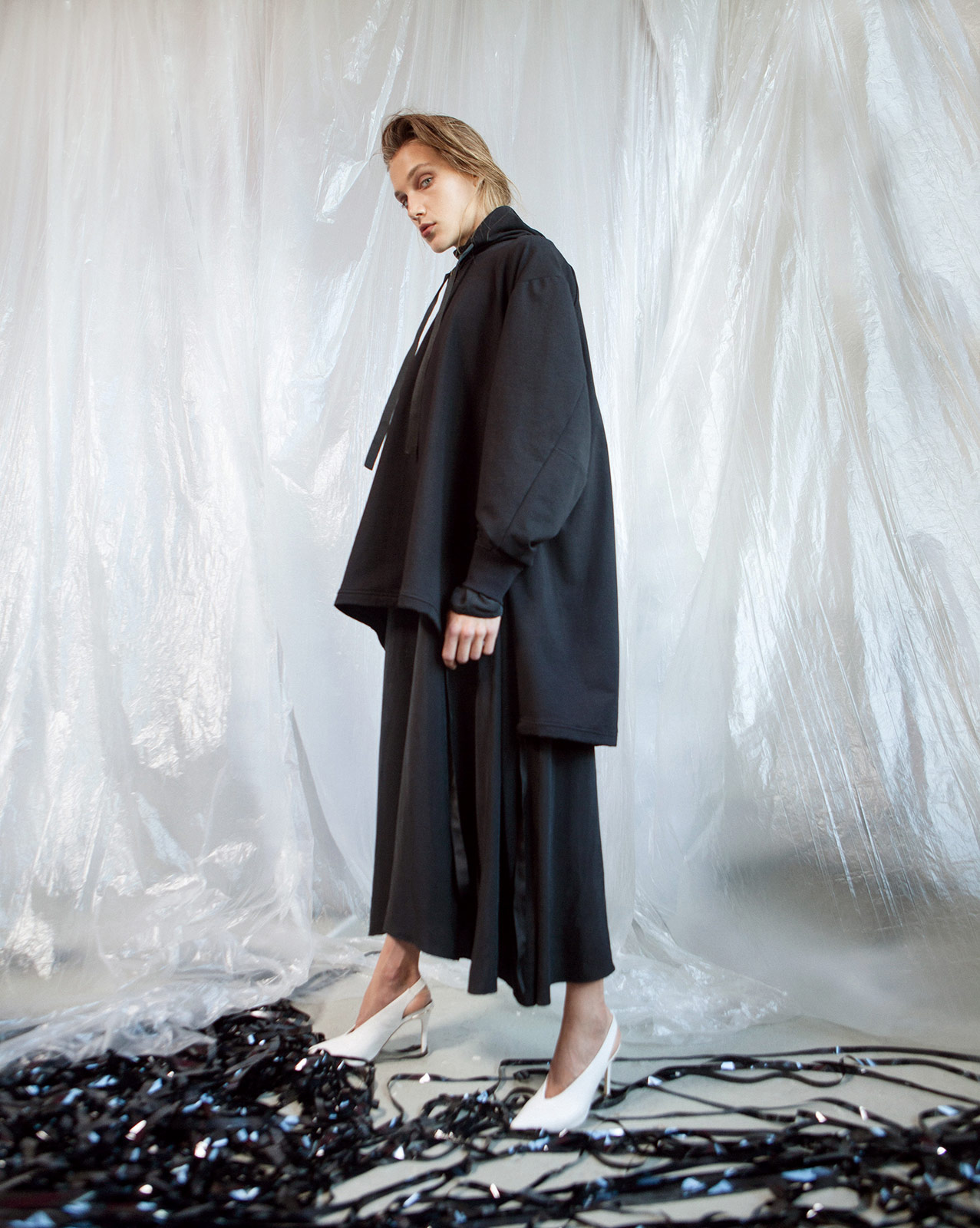 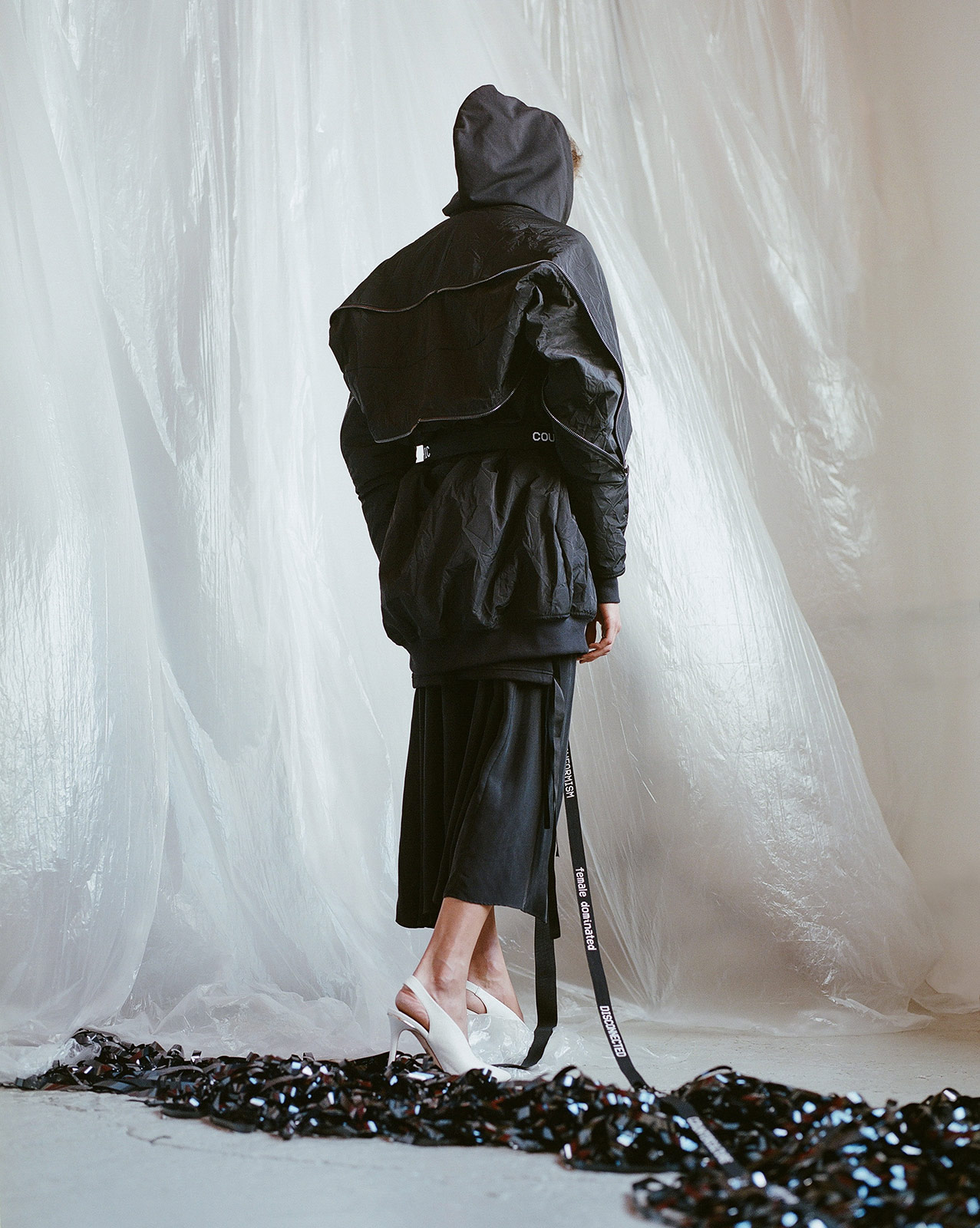 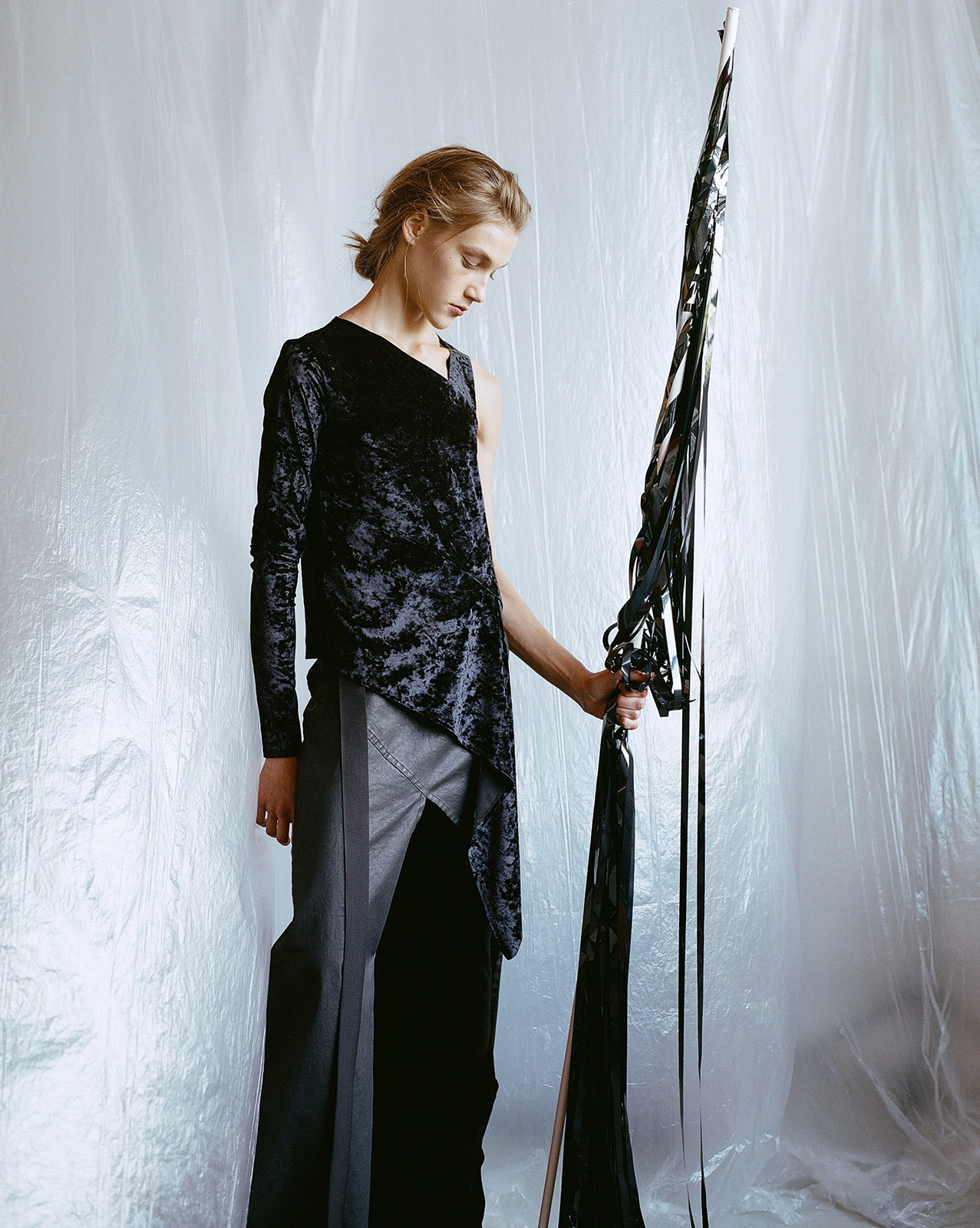 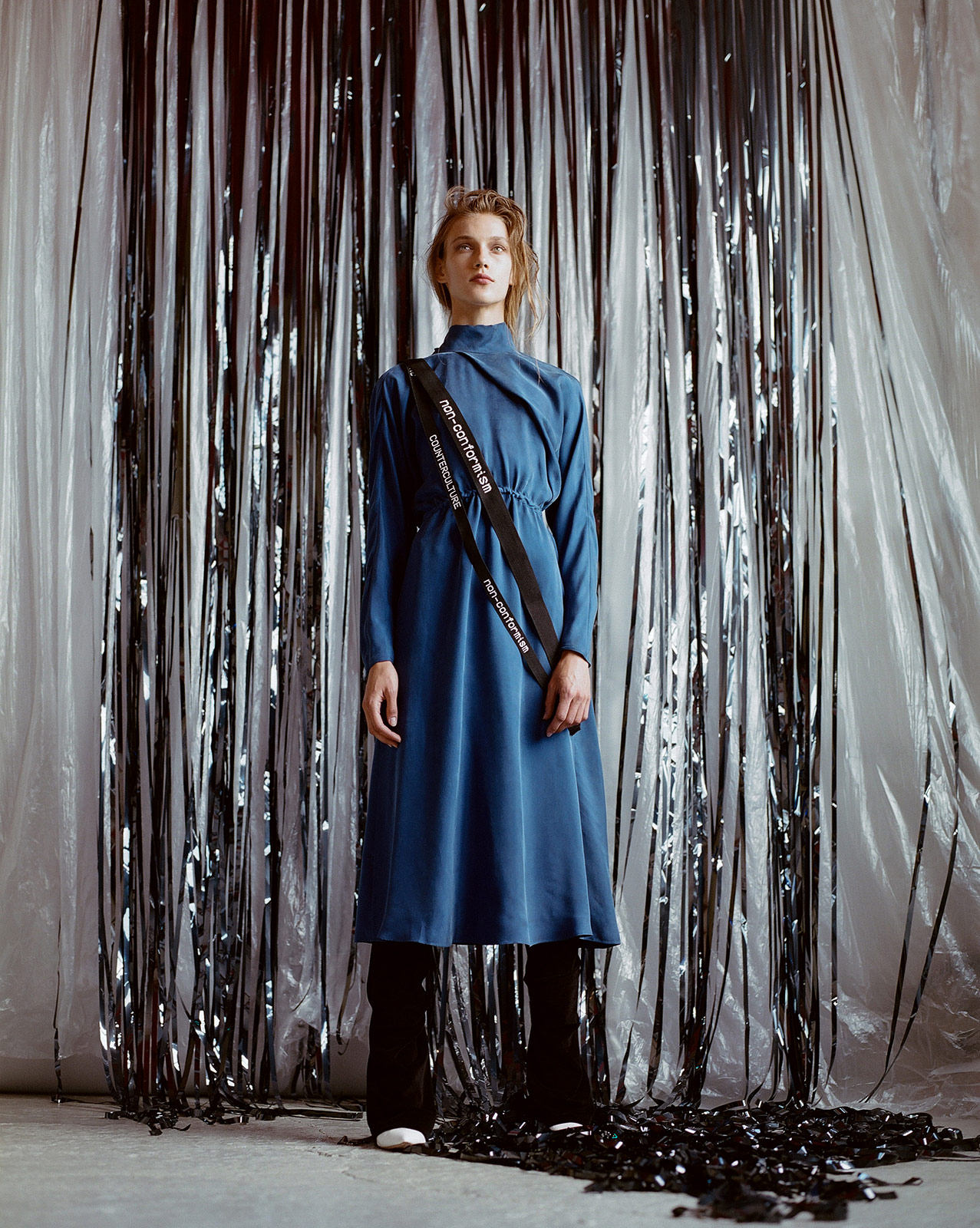 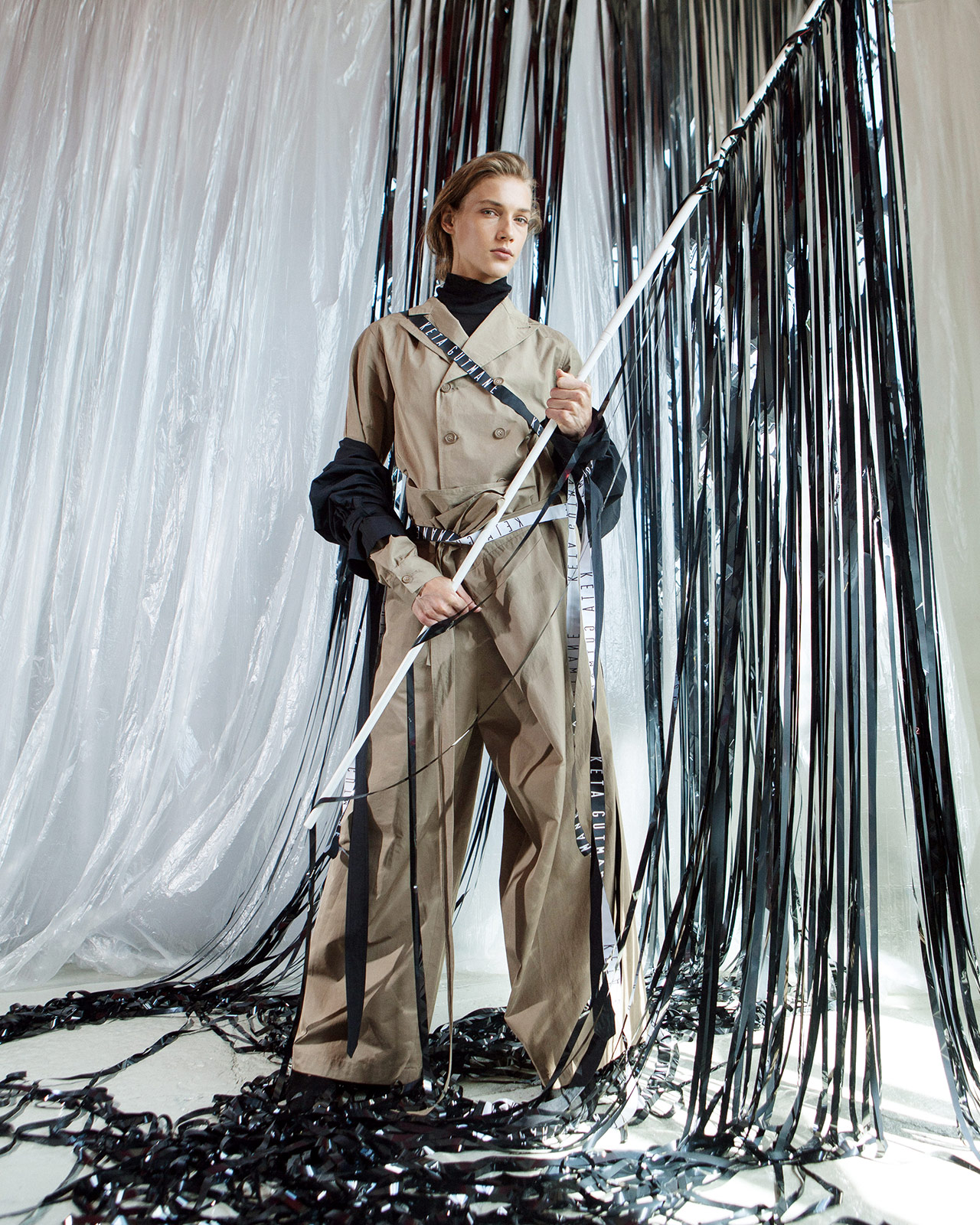 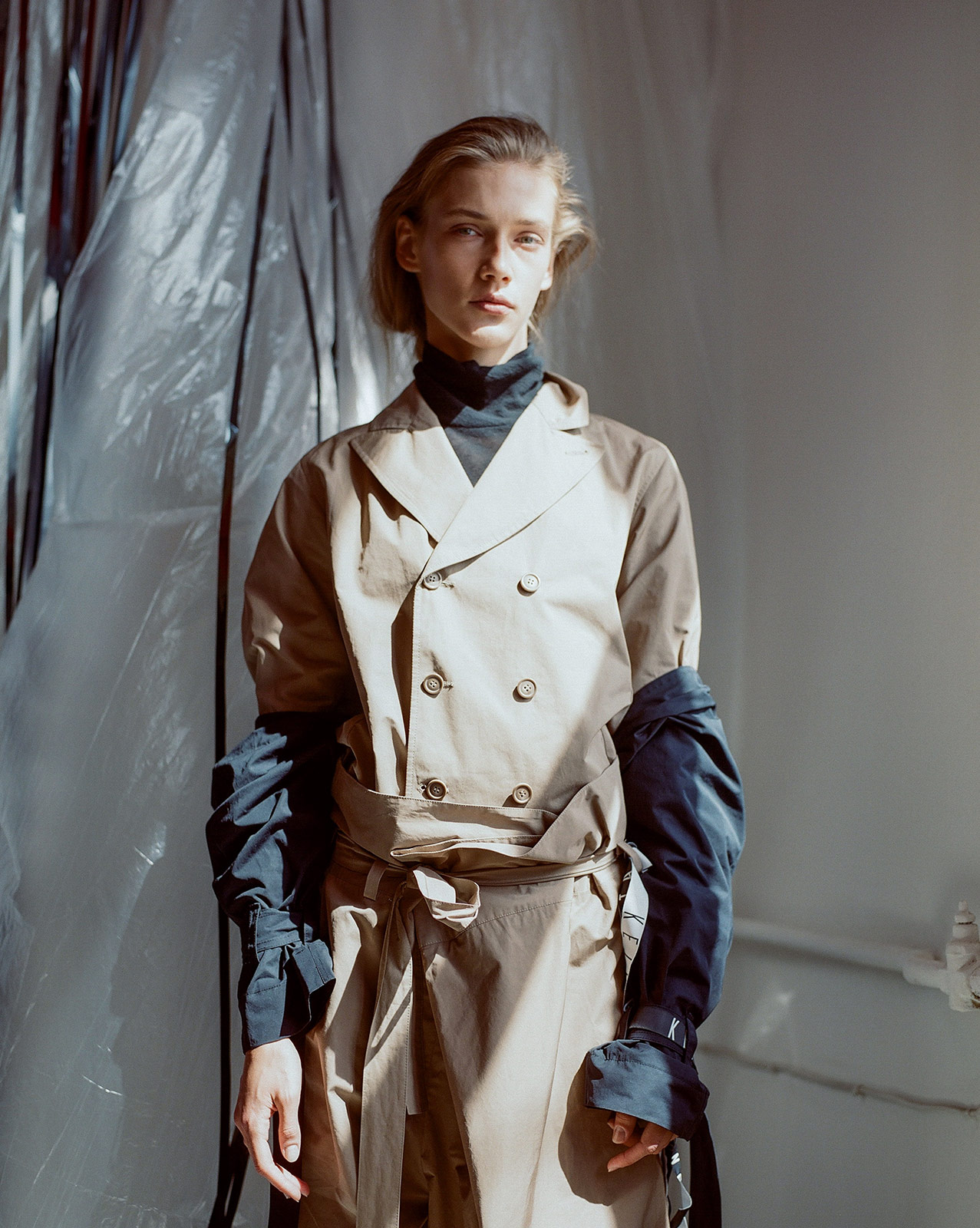