Having fun with music 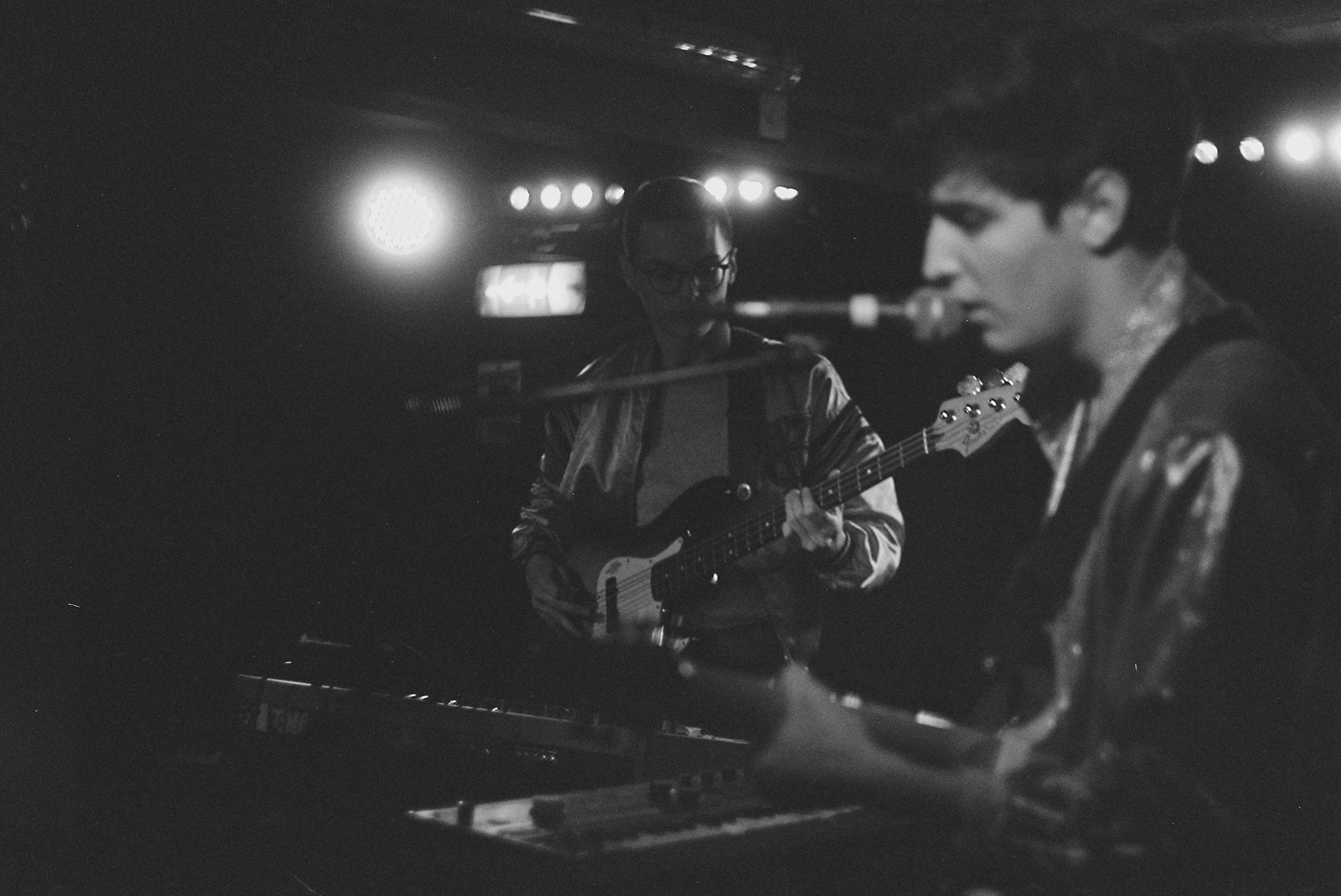 The rise of young talents has disclosed what looks like the first generation of the Cold Zouk movement. This trio has managed to create a mind-blowing fusion of cold wave, synth pop beats mixed with mellow surf rock vocals singing on young lost and found love. Charles (20), Louis (21) and Joseph (20) are the enfants terribles behind a music band that goes beyond the limits of music: a real corporation in which to spread the fun. Keep Dancing Inc. was built by this cool kids and besides their first steps in the music industry they are a promise to keep an eye on. We meet at The Sun Tavern hours before their first concert in London. We chat with them about the birth of their band, their DIY aesthetic and most importantly, on their philosophy: spreading fun vibes wherever they go.
Hi, guys! First of all could you tell us how did you start and how have you been defining your style? Do you all have a background in music?
Louis: We all have a kind of music background, we all studied music when we were young. I studied piano, Charles learned to play the electric guitar and we all had experience with bands before. I met Charles at a concert in Paris and we really connected. A few months later I asked him if he wanted to start a band with me.
Charles: Yeah, it took some time at the beginning because we were still at high school and we didn’t have so much time to work on the project, but when we went to uni we started having more time and having proper deadlines on the project. We prepared a Demo in one month, send it everywhere, and then we met Flavien Berger, a French musician who is doing great stuff right now. He listened to it and proposed us to do a concert within a month. We weren’t prepared for that because our initial plan was to have a full band with a drummer and at the beginning it was just Louis and me. We then met Joseph at a Flavien Berger concert and there we started using drum machine sounds, which really defined our style.
Joseph: We usually use tambourine samples with old school drum machines, it gives the sound of a tambourine but it’s not. This is what we like about drum machines, they are trained to imitate real sounds but they never get it right, so it’s kind of a metaphorical sound of it.
So, not only you have a very defined style but you are also pioneers and creators of a new musical style when proclaiming yourself as Parisian Cold Zouk ambassadors. Can you explain us a bit more the ethos around this label?
Charles: In fact, when we had to pick up a genre to define our music, we couldn’t say what it was exactly. We know it’s mainly rock but there’s plenty of people doing the same and being very proud of it. So we started this stupid genre which actually means nothing, like a parody to all the genres, sort to say “my music is so special that nobody is doing the same”.
Louis: But then at the same time we realised that Cold Zouk actually means something for us. ‘Cold’ is a reference to Cold Wave, which is set to be trendy and fashion, and ‘Zouk’ is a type of Caribbean music, which is often said to be old fashioned. So, the main idea is to mix things that are not meant to be mixed together and having something happy on the outside, but a bit deeper on the inside.
Joseph: Many bands are trying to be very dark and serious but it would be very unnatural to do that for us. We are nice people! 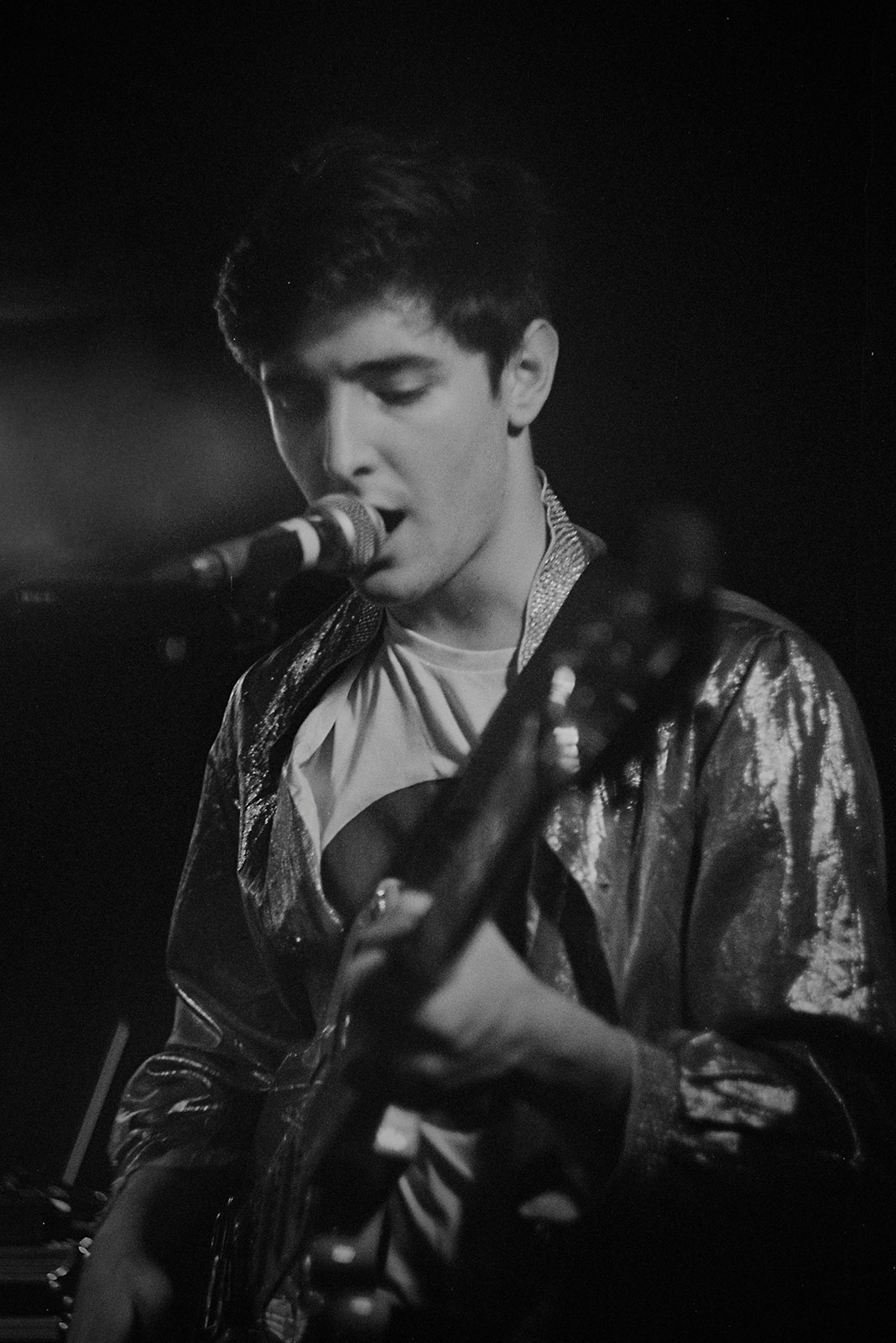 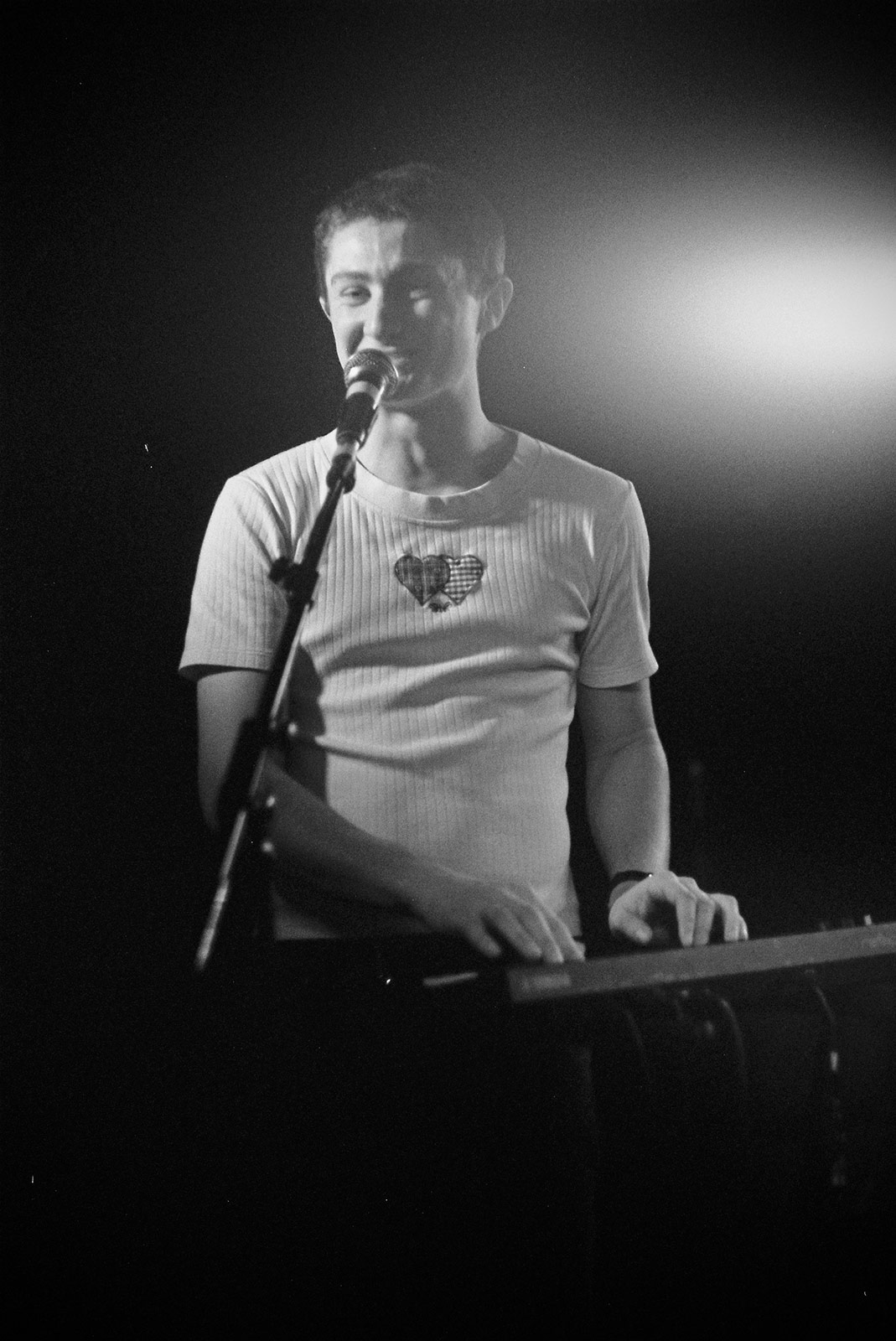 What about influences? I bet that everyone brings a new personal style in during your creative process.
Charles: Absolutely, it really depends on every song. Most of the time we would do the lyrics first, talk them through together… In fact, we try to divide the work but at the end we just invade each other’s job (laughs). Regarding the influences, we are all influenced by lots of bands from the 80s, but what we mainly listen to is people doing stuff right now in 2016. We have influences by French, English, American bands: Flavien Berger, La Femme, The Drums.
Louis: I think we all have different influences but The Drums is one of those bands that unite us together. However, another big inspiration, not just musically, are Salut c’est Cool, a French techno band that are crazy funny. They play really fast techno music with stupid lyrics, like recipes on how to make mashed potatoes (laughs).
Joseph: You think it’s a joke, so when you listen to it you think “Maybe it’s a joke but I just love this song!” And it’s so cool, we want to do the same.
Charles: At the end, it’s the idea of not being very serious. If music starts to sound as a serious business, we are not part of that situation.
And one can actually see that in all of your practice. I absolutely love your video of Life goes on / Bad born, it brings up very clearly the idea of DIY that is present in all of your aesthetics.
Charles: Yeah, all the stuff we do is really DIY (laughs). In fact, we never really chose to make it DIY, but we didn’t have anyone to do it for us so we just said ‘We’re going to make it and it’s going to be good anyways!” So, basically we do all our videos using iMovie, which the worst software to make videos with. But we really don’t care because we feel that even though it’s not perfect it’s very honest. And that is what we want for the videos, but also for the music.

With this concert you are taking a big step out of France. One of the things I’d like to point is that unlike most Parisian bands – La Femme, Lescop…— you have decided to step back from the French indie scenario by singing in English. Is it a genuine choice or is it something that just came along?
Charles: I write the lyrics. Not because I didn’t like to write in French, but because I’m more used to listening to English and American music so it wasn’t something that I really thought about, it just came up this way. However, we don’t want to step aside from La Femme or Lescop because they are all bands that we love and have respect for.
Louis: I love to write in French because it’s the language we speak, we swear in, we think in, we dream in… But in a sort of way it’s very hard to sing in French because it makes us feel naked. I believe it’s a very direct message. I think that singing in English is quite easier because there is a veil in which to hide ourselves.
Charles: Yeah, actually it’s kind of inconspicuous but I started to write lyrics in English when I was something like 12 or 13, so at that time when you are a teenager I guess you want to break with your mother tongue. I didn’t think about it at the moment, but I have come to realize this later.
So how do you feel these two gigs in the UK are going to be? Are they going to build a big step in your career?
Louis: London is a huge legacy. I remember that in Paris we started playing loads of concerts in very small venues and I guess it is important to start playing in London in small venues too, hoping that they will be bigger and bigger one day. It could be the beginning of a new… era? Maybe I would say that we need to conquer the London market (laughs).
Charles: Actually this was the idea of the band at the beginning. When we picked up the name Keep Danicng Inc. we didn’t want to make a band, we wanted to make a corporation inspired in the 80s and 90s companies and the aim was to provide fun to everyone in the world and to conquer many different markets. 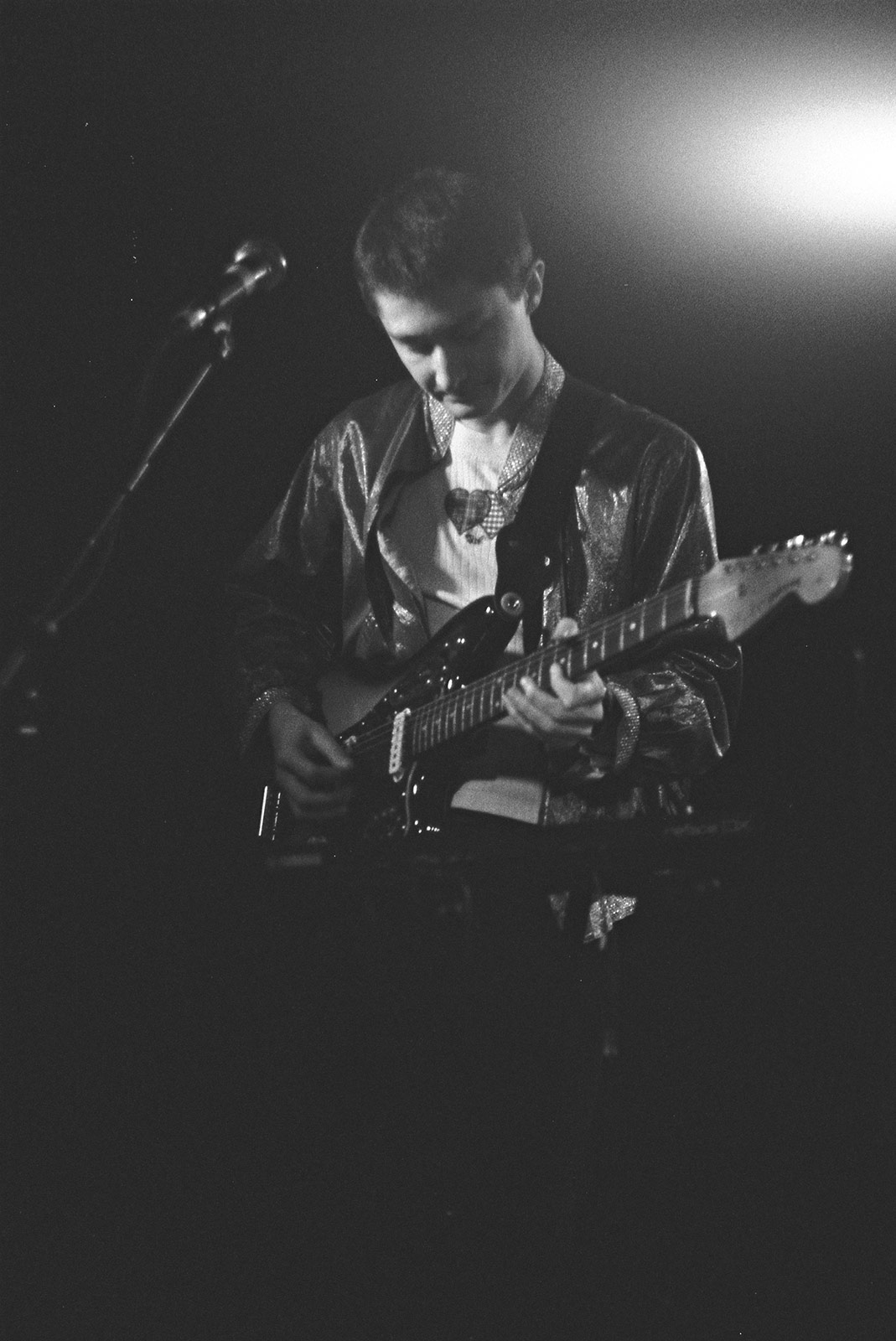 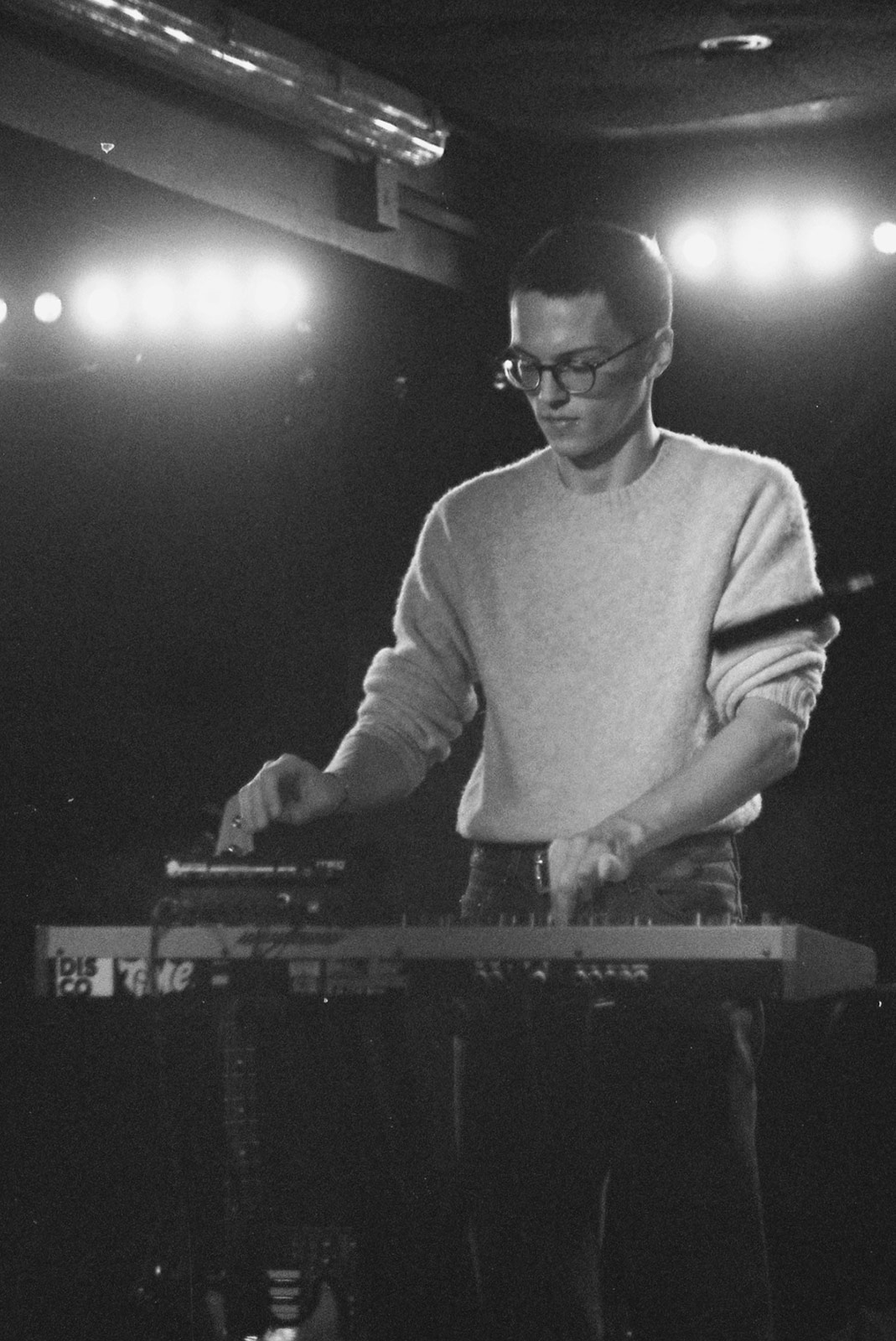