A way to be human 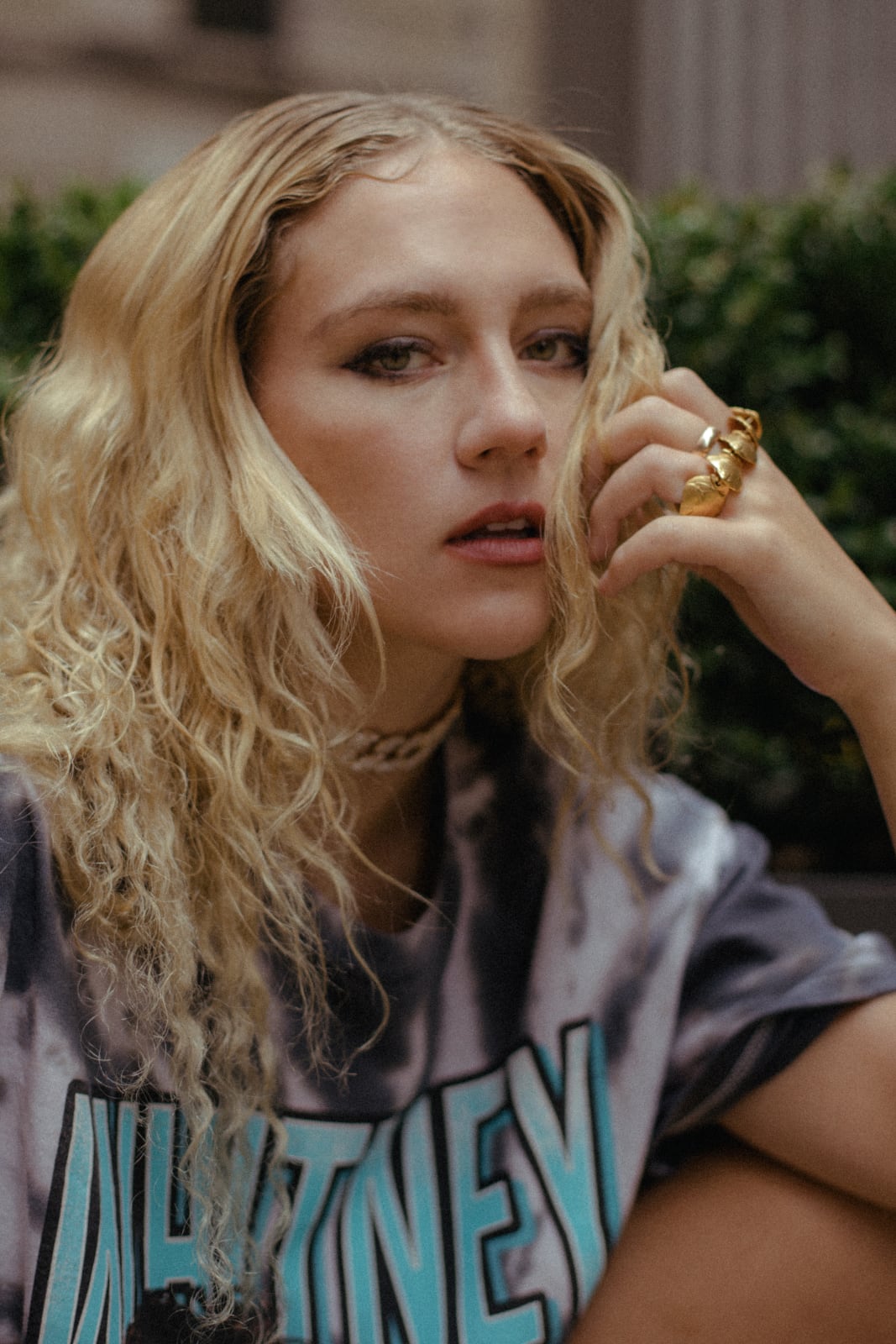 Kat Cunning has been into the artistic world for a long time but it was while performing on Broadway when they realised they wanted to pursue a music career too. Since then, Cunning hasn't stopped. The young queer multidisciplinary artist, who also stars in Netflix’s Trinkets playing Sabine and performing their own songs on the show, is currently working on their debut EP as well as working with Jennifer Lopez on the film Marry Me. Today Kat Cunnings releases their new single, Boys. We talk with them about music, queer activism and their upcoming new projects.

Hi Kat! For those new to your music, can you introduce yourself?
I’m Kat Cunning. I’m a singer songwriter and actor. I cringe at putting my sound into words but I'm told it's alt-pop. I’m a Scorpio from Oregon and New York who can do the Star Trek sign with their toes. My pronouns are they/them, and if you want, you can call me Dad.
You have been dancing since you were really young. Years later, when you moved to New York, you started your singing career performing in a musical show. When did you realize you wanted to become a singer too? What about your first artistic influences?
I always loved to sing but when I would belt along to eighties radio in the car as a teen, my family told me to keep my day job. I was very secretly into singing Mariah Carey and Justin Timberlake and very publicly wanted to be a Backstreet Boy. When I moved to New York, I fell in love with blues and neo-soul and sang through all my commutes on subway platforms - but only when the trains rolled by so no one could hear. It’s hard to say when my love for music started, but the endorsement from the New York Times in my singing debut, in a dance company, was definitely the jumpstart to my career.
You are a multidisciplinary artist; as well as singing you dance, act and write –both poetry and music. How does all of this blend with your music? Is there another artistic discipline you’d love to try?
Yes! I feel like they all relate. If you were born with a will to communicate the human experience through art, it can translate to anything. I love photography and I think my second career will be directing music videos, but I'm also very interested in the gruesome intimacy of sideshow skills like sword swallowing, and laying on a bed of nails. Fancy horseback riding and archery also appeal to me. Anything that takes my whole body, brings me new access to it, or could appear in my Super Bowl Halftime performance feels right. 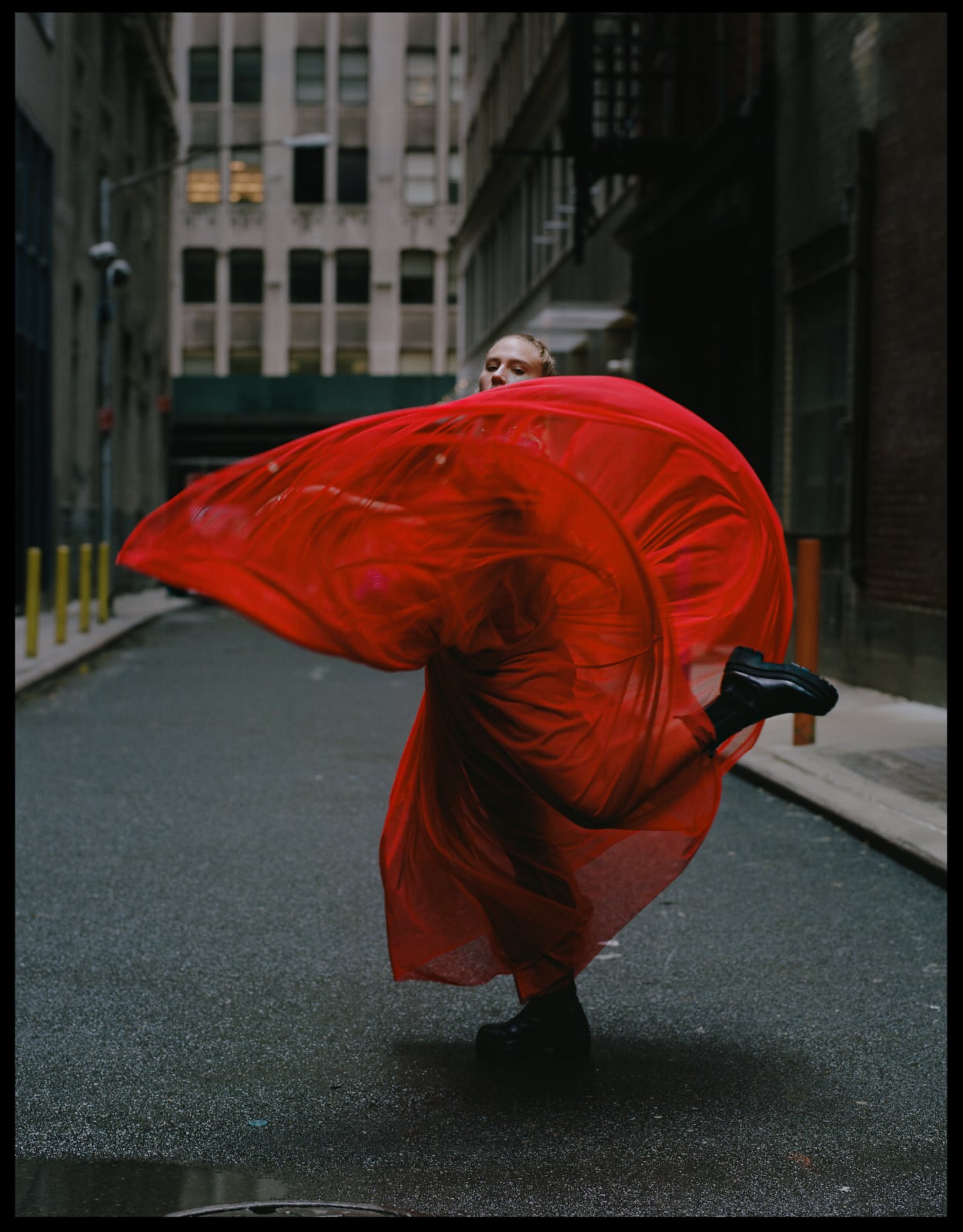 We saw you playing Sabine in Netflix’s Trinkets. Was it a challenging character to play? Do you feel identified with her in some way?
Sabine was pretty effortless for me. When I read the audition sides I literally thought- “that’s me, so if they don’t pick me it’s their loss.” I'm pretty confident but I rarely feel ‘that’ way. Kiwi, the writer famous for 10 things I hate about you and Legally Blonde, allowed the character to be shaped by a lot of real things about me. She even named one of my ‘baes’ after my partner at the time. I would say the main difference between Sabine and I would be that I am a little more responsible with my powers when it comes to relationships. A lot of my relationships have been unconventional, but that means they require more care and communication, and Sabine kind of just leaves people in her wake.
As a young and openly queer artist, what is the main message you want to transmit with your music and your art in general? Which things do you think need to be normalized and deconstructed nowadays in the industry?
Normalize not giving a fuck what people do with their genitals in relation to their profession. I am so out and so open about all of who I am. I have to be because my art is very personal. But, it's not always relevant, and like any great songwriter, my perspective is just a gateway to your own imagination about your life. Our capacities for love and loss and jealousy and dreams are universal, regardless of our orientation among other things. Queer people basically invented Pop Icons. We've been around forever. I shouldn't have to hide in the closet for that not to be an attribute that overshadows my work, or separates me from the mainstream. So, I don’t know if I have a particular message or agenda. I’m just here as an example of a way to be human, and I guess I want to be company to people who can see themselves in me, and encourage them to take up space as whoever they are in the world.
In many of your songs, like in Supernova, you talk about your feelings quite openly but always sending an empowering message. Do you feel vulnerable sharing it, or does it come naturally to you to sing about your emotions?
It comes very naturally. I’m an over-sharer. I guess I just feel confident that if I am feeling something, I’m not alone. The more I share, the more that’s echoed back at me. I do sometimes feel vulnerable, so I try to discern the difference between sharing and exploitation wherever I can.

Also, what about the creative process of your songs? Do you first listen to the music and then add some lyrics or is it the opposite way?
Lyrics come very quickly to me when I’m feeling a song. I start with a mood on piano or guitar and I just respond with words. The behind-the-scenes work is cherishing life and excavating my experiences like a poet; so I'm open by the time I sit down to write. I wrote Could Be Good with Amy Wadge over zoom in three hours, and that’s how most of my released songs have gone. I trust my instincts and follow the yellow brick road of the melody.
This year has been weird to everybody due to the pandemic, especially for the artists, but you kept releasing music and working on new projects. How has it affected your art and your life? How do you feel about the current state of the music industry now that live shows had shut down and everything seems to work via streaming?
This year gave me the chance to breathe and I think that greatly benefitted my art. Performing is my day job, so when things were open I spent a lot of extroverted energy on stage and my introverted songwriting muscles were kind of atrophied. The experience showed me that having the time to look at your life is a huge luxury as an artist, and I wish it came more readily to people getting started.
That being said, I’m looking forward to live venues opening up, and traditional tour routes coming back. I believe live spaces are churches for a lot of the world (queer communities especially) and we should do all we can to save them. I ‘live’ to lock eyes with someone when I’m on stage, and on zoom that's literally impossible which has been soul crushing. Currently, I have the privilege of performing my original music at the Faena Theater Miami, and I know it's the first of many popping up.
You are released your new song Could Be Good  in April, can you tell us what this song is about and what inspired you to write it?
Could Be Good is a portrait of the optimism and simplicity that kept life rich for me in this crazy past year. I wrote it in a swing of hope as I was falling in love during the pandemic and the lyrics are an intimate retelling of some little moments that made me dream of a future full of them. On the day I wrote it, I was in the comfort of my mum’s bedroom in Oregon, and I had hoped to write something dark to round out my EP but it was my first zoom session with Amy Wadge and I told her right away that I just felt too sprung to do that. This song poured out. I love the simplicity of the chorus because it can inspire hope and courage in any risk, and the intimacy of lyrics comes from moments worth cementing in a song for me. There was a lot of darkness in 2020, but this song is a snapshot of the light.

Also you will release your first EP in July and we are so excited about that. What can people expect from it?
It’s going to be dynamic! A balance of empowering anthems in the name of love, and a couple of icy bops to warn you not to break my heart.
Finally, what are you working on at the moment? Do you have any new projects coming up?
I’m working with the Allied Coalition for and Republic Records to bring you ‘Give A Yes!’ for Pride. It’s a platform for messages of support for queer youth and anybody who might need it. I’m also continuing to write, working on a pride project with Shaed and performing at the Faena. You can also look for me in the upcoming JLO movie Marry Me in theaters soon. Stay up to date with me on Instagram for upcoming tours as the world opens up. 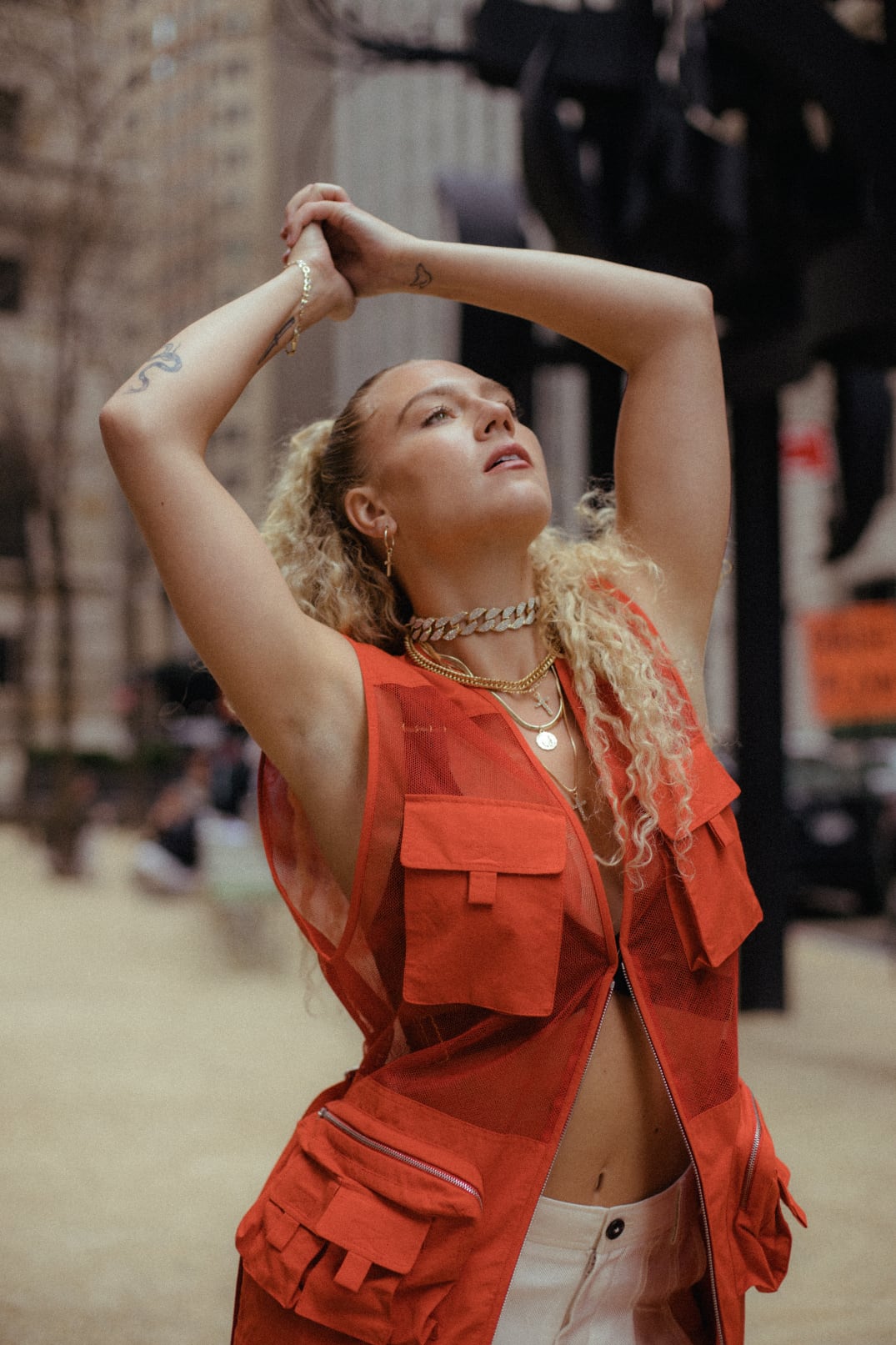 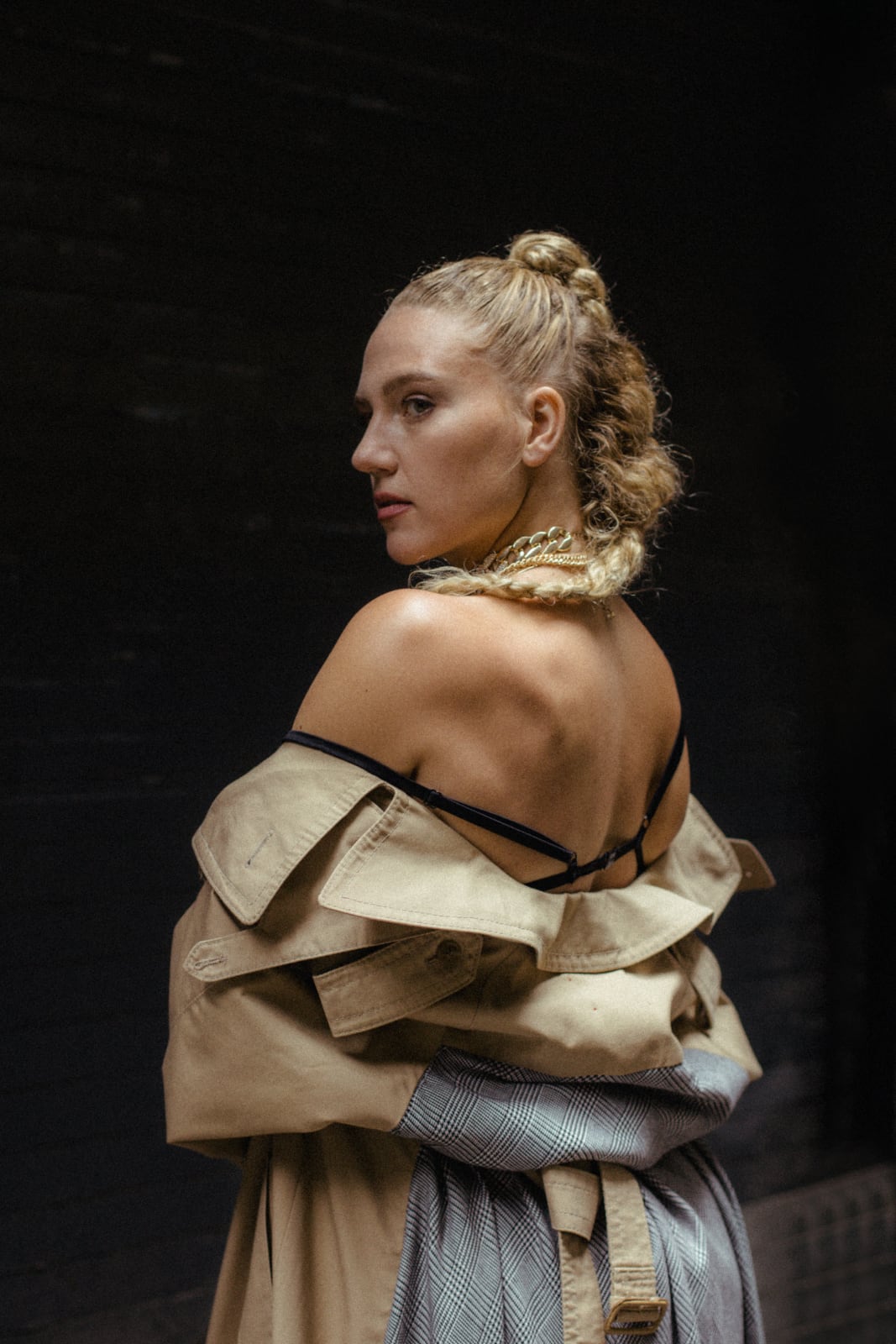 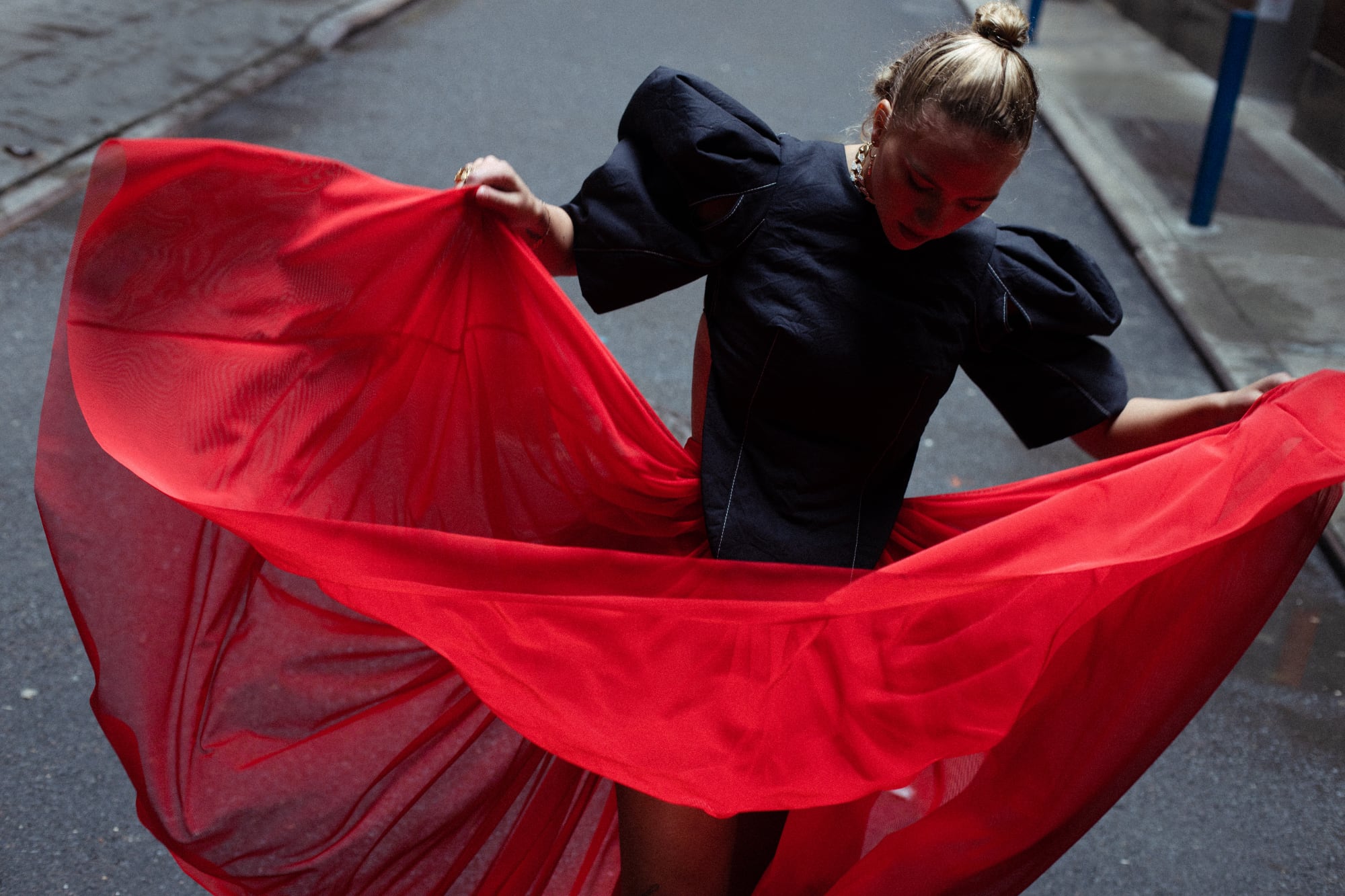