Of suffering and surviving 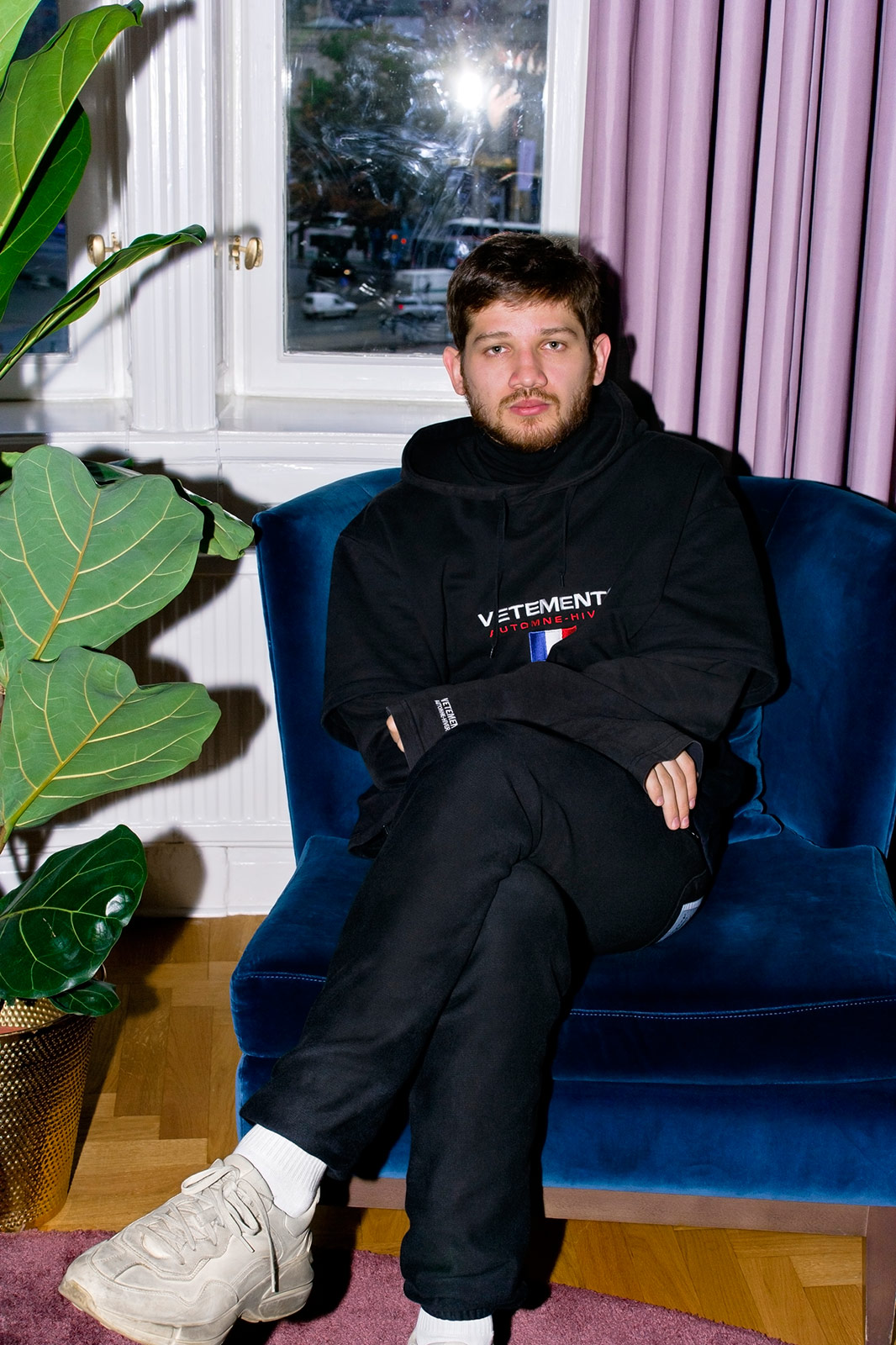 Young Russian filmmaker and cinematographer Kantemir Balagov (1991) was awarded Best Director at Cannes Film Festival’s section Un Certain Regard earlier this year. His second feature film, Beanpole, offers a fresh approach to Soviet post-war from the perspective of female sacrifice. The relationship and stress between toughness and beauty take Balagov to a brand new perspective in his sensibilities as a filmmaker.
Furthermore, inspired by Dutch Renaissance painters, his colour palette of reds, yellows and greens delivers a rather poetic vision of a devastated Leningrad in 1945 after WWII. Balagov graduated from the Kabardino-Balkar University, where he met his mentor, Alexander Sokurov – who directed cult film Faust (2011) among many others –, but he also found inspiration in Russian writer and Nobel-prize winner Svetlana Alexievich, who wrote Unwomanly Face of War in 2015. At the 30th edition of Stockholm Film Festival, we sit down with Balagov to discuss his talent, his short but already awarded career and the unknown faces of war. 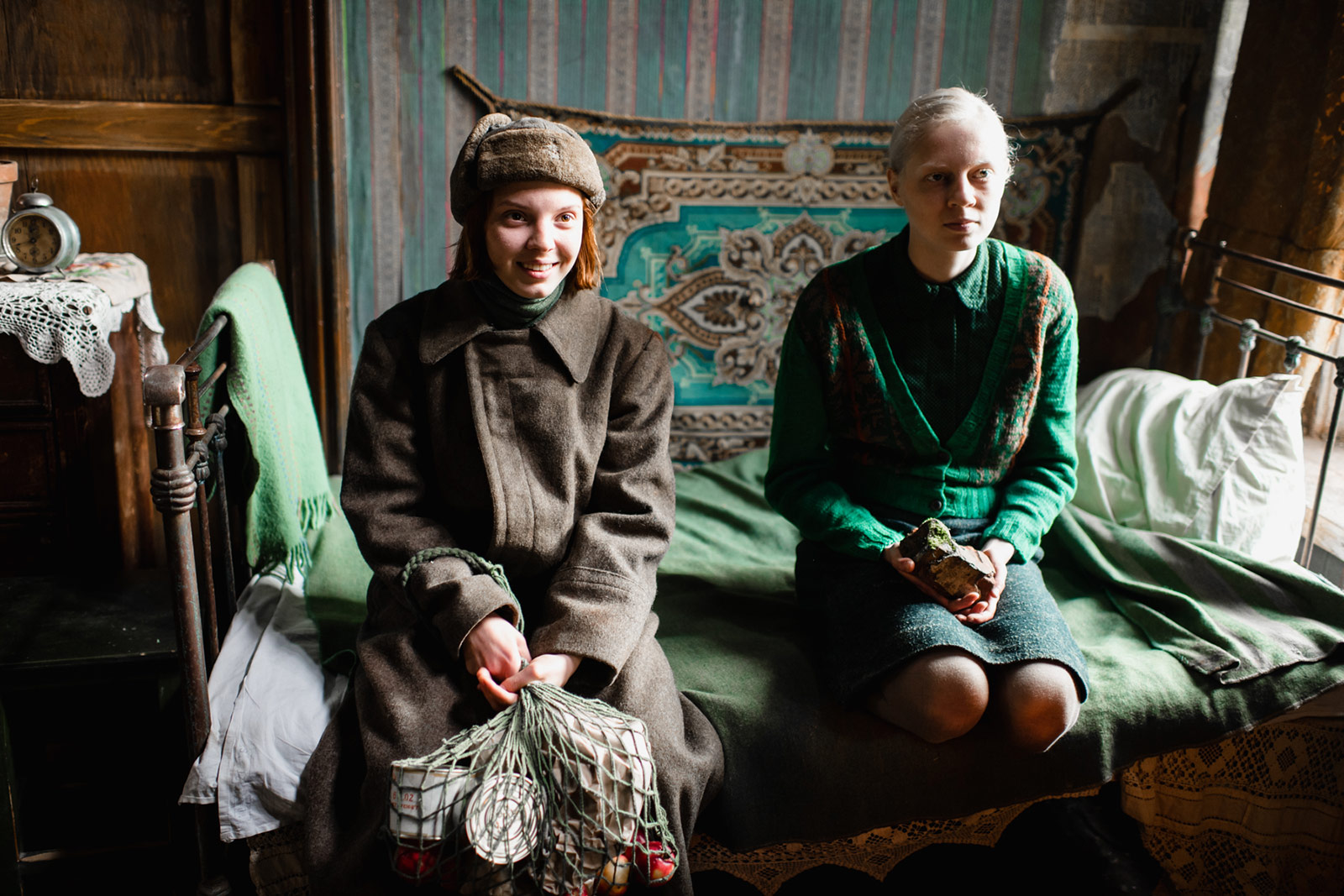 First of all, congratulations on your second feature film, I enjoyed it very much! It’s not that usual to find a film director with such background and experience at your age and whose family is unrelated to the film industry. Would you consider your graduation from Kabardino-Balkar University as a game-changer in your path as a filmmaker?
It was very much a game-changer. But also for me as a human being because Sakurov just changed me in every aspect. The literature part of the course was really good – it was a huge course in Russian and European literature, and it impacted me deeply. And the cinema that Sakurov taught us: classic cinema, Hollywood classics, French New Wave, Bergman (of course), etc.
Did you have the chance to use a lot of gear (filming with cameras and such), or was that more developed in your own work?
Both of them. There was practice work and theory work – a lot of each.
You’ve won the Fipresci Award in Cannes two times – one per film (Closeness in 2017 and Beanpole this year). And to top it off, you also won Best Director at the section Un Certain Regard in Cannes. How do you feel about it? Is it encouraging, or on the contrary, does it add more pressure on you?
It of course adds some pressure. I was scared that I just got lucky with my first feature film, Closeness, which was well received, and it’s a movie about my past and my childhood.
Do you mean that you were wondering whether you would be able to repeat such success?
Yes, exactly. I was scared that I just got lucky and that I know nothing about directing films, so there was a lot of pressure with Beanpole. But I think I will feel the same pressure in my third film, in my fourth, and so on. Receiving a prize like that in Cannes is important because it allows the possibility to live from this and creates a wider space for the audience to watch the film. 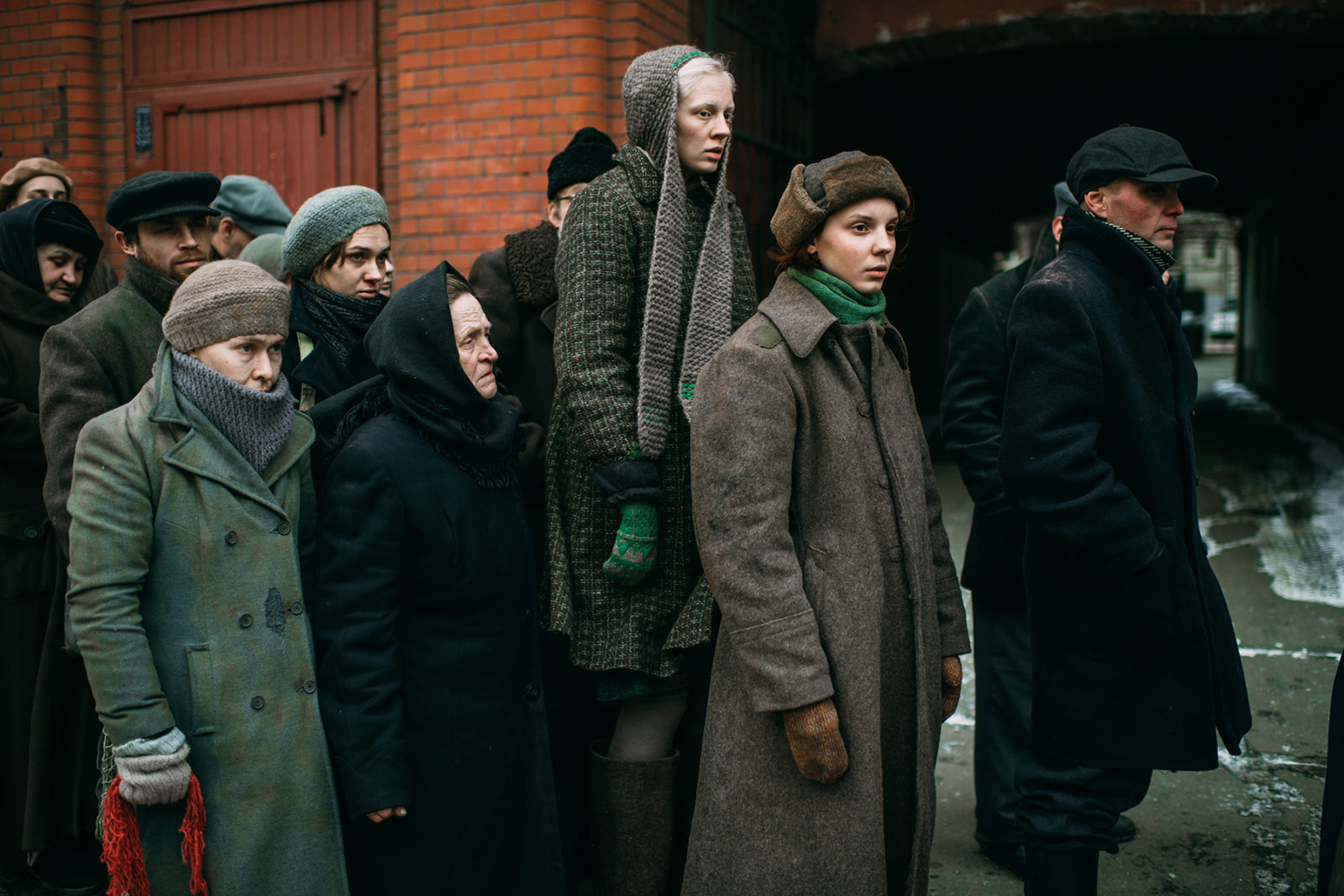 After watching Beanpole, I got totally haunted by the contrast you create between the tough storytelling and how beautiful it is reflected in your way of filming. What’s your take on that relationship between toughness and beauty?
We just wanted the characters to look decent in the frame, with dignity. Because I knew that without these elements, the film would be in a miserable form because there is a lot of suffering. If I had done it in black and white for instance, it would have been unwatchable perhaps. Both the storytelling and the filming would have been on the same level, there was an intentionality to counter suffering.
I would like to go a bit more in-depth regarding your sensibilities as a filmmaker. Your colour palette in Beanpole is vivid and poetic, it resonates with the Renaissance painters. Is that a coincidence?
Indeed, I was inspired by Dutch painters. It was challenging for me because with Closeness, I was inspired by documentary photography in the spirit of Magnum photo agency – people like Henri Cartier-Bresson and Robert Capa. But with Beanpole, I challenged myself to find inspiration in painting. It’s a different rhythm, a different intonation of the image.
Is this something you have used for this film or is that some sort of signature element of the way you would like to develop from this point?
This was for this film in particular. I don’t know how that will be in my next one. It depends on the story – it always does. 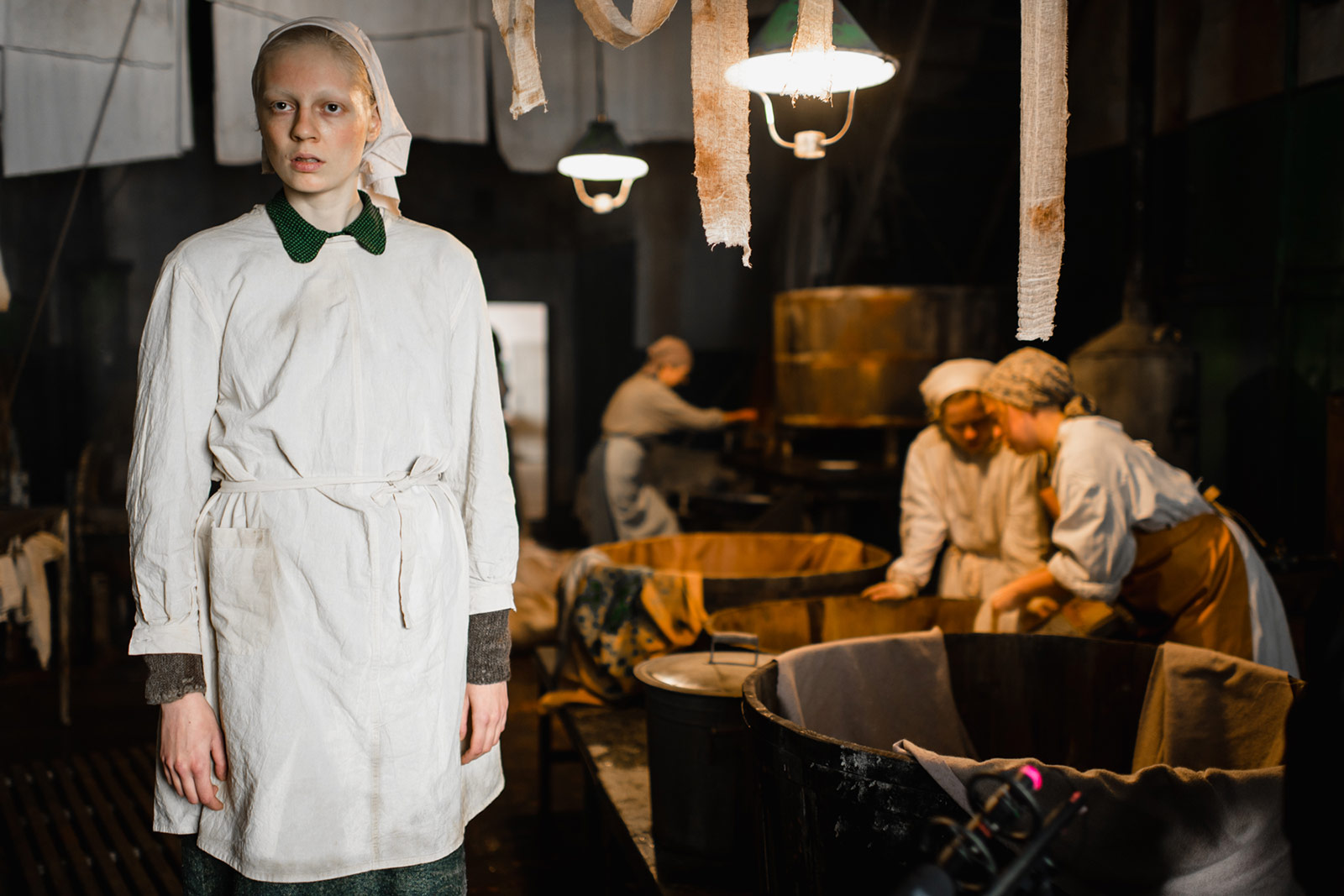 What are your influences as a filmmaker? When you first started to conceive Beanpole, did you have any references in mind?
Yeah, there was this film, Wings (1966), directed by Russian female director Larisa Shepitko. When I did Closeness, my reference was Breaking the Waves by Lars von Trier – although it was a bit similar with Beanpole because this female character is so strong and close to me.
There is a wide array of well-respected Russian filmmakers, including Andrei Tarkovsky or your mentor, Sokurov. Does the system in Russia make it easier for people to pursue a career in film? Since you’re showing a piece of Russia’s recent history, did the film receive any governmental fund/help, for example?
This question is for the producer, but I can tell you there was no governmental financing in this film. It is difficult to produce films in Russia but you should ask my producer for more details.
Also, in this movie, there are doses of sexuality and the depiction of the female body in different occasions. Have you had any banned scene from the original cut?
Not really. The production company of the film, Non-Stop Productions, gave me artistic freedom and allowed me to do whatever I wanted. There were no bans or cuttings. To be honest, I was surprised we got the theatrical release. 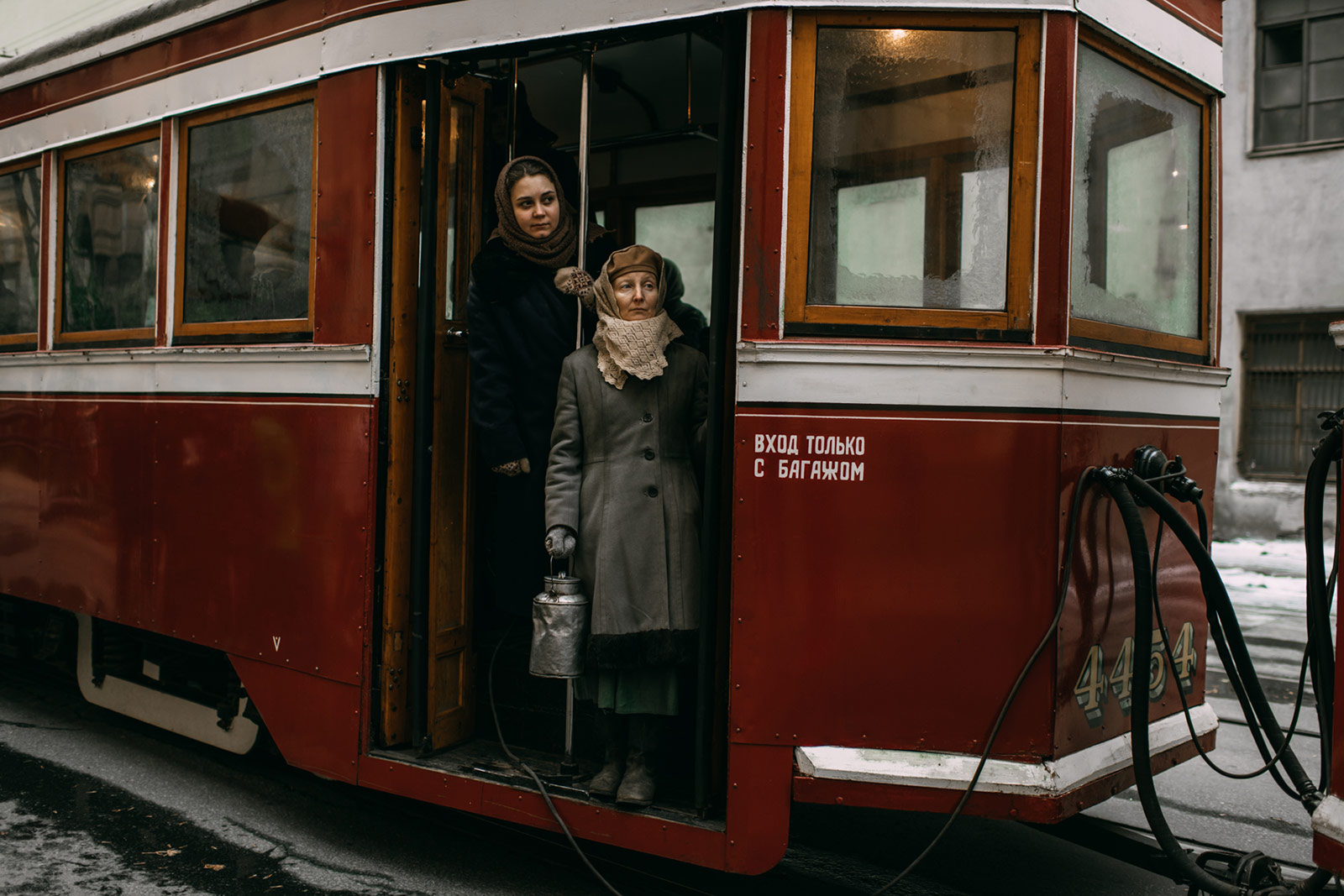 The cast in Beanpole is very important, of course. Everyone delivers a very good performance, but the main roles played by Viktoria Miroshnichenko and Vasilisa Perelygina are crucial. In short, how did the casting process come about? Did you know the actresses previously?
No, there was a casting director with whom we worked together in Closeness, so we were searching in both professional and non-professional areas. The actresses, they both came on the first day of the casting. So, from the first day, I already had my main characters. That was very surprising because, in my first film, it was the opposite. I didn’t know them and it was their first feature film.
How did you shape the chemistry between them?
We made a lot of rehearsals. That chemistry was an important theme for me. We moved to Saint Petersburg and lived there during the pre-production process. I think they came closer to each other – they lived together in one apartment to became closer.
How long was the production timespan (not including post-production)?
The shooting was for about forty or forty-two days I think. And the pre-production… I’m not sure now, but about three months. 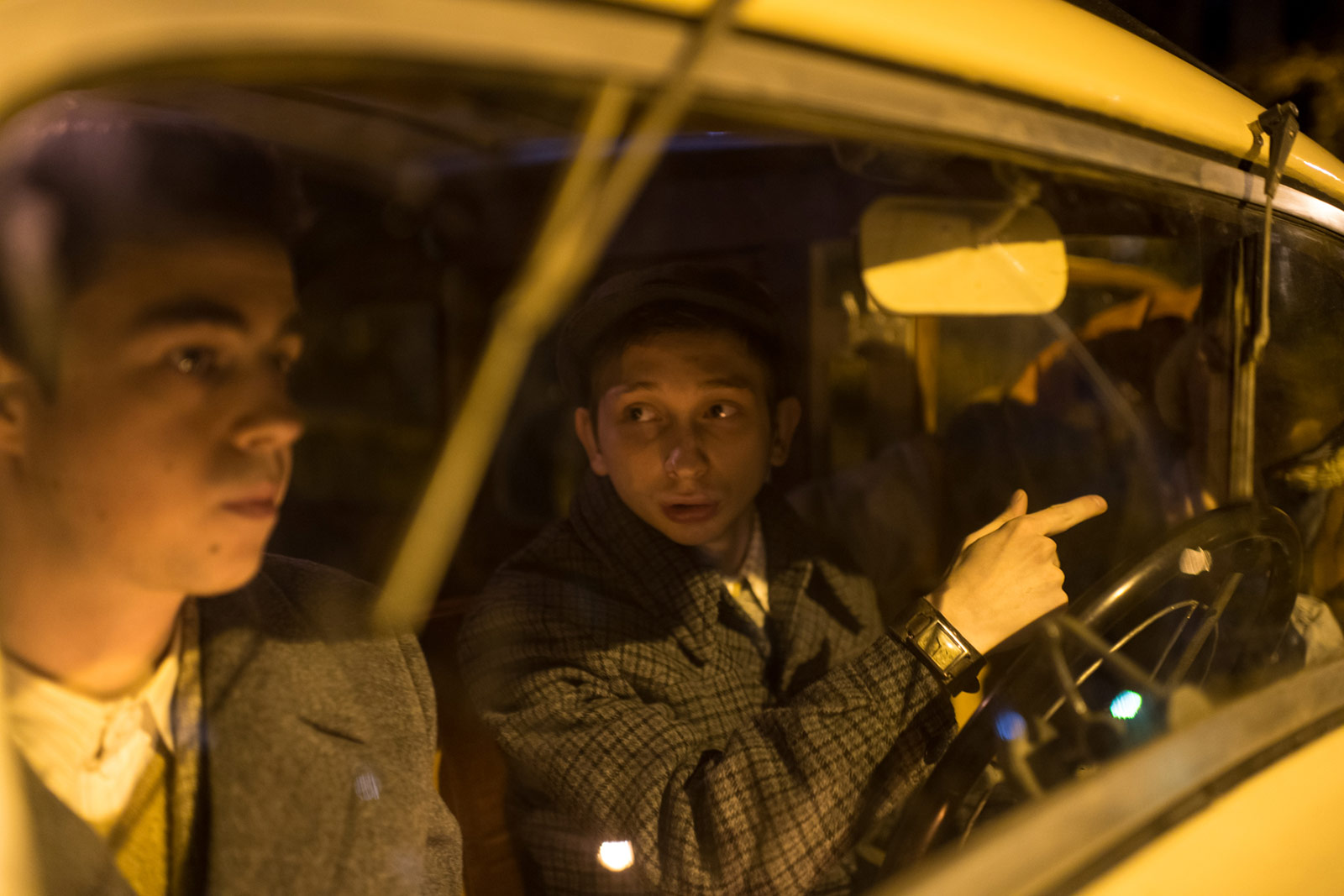 As a matter of fact, Viktoria is quite tall and thin. Was Beanpole the original title? Did it change because of her? Or perhaps it all was just a beautiful accident?
This title was Beanpole from the beginning. Beanpole is not only about the height; in Russian, it also means ‘clumsiness’. After the war, everyone existed as a ‘beanpole’ because of the way they were trying to fit into the routine of everyday life in a clumsy way; they felt clumsy.
I would like to go deeper into this aspect. You take the aftermath of WW II from a female point of view dealing with life in the Leningrad. Firstly, I think this is based upon a book you read about the female sacrifice in post-war USSR.
Yes, there is a book titled, The Unwomanly Face of War, whose author, Svetlana Alexievich, got the Nobel Prize in 2015 for it. If you want to know something about the aftermath for the females after the war, you should read this book.
Did you need to ask for any sort of permission to make this film?
No, the film was inspired by her but the script is all original. 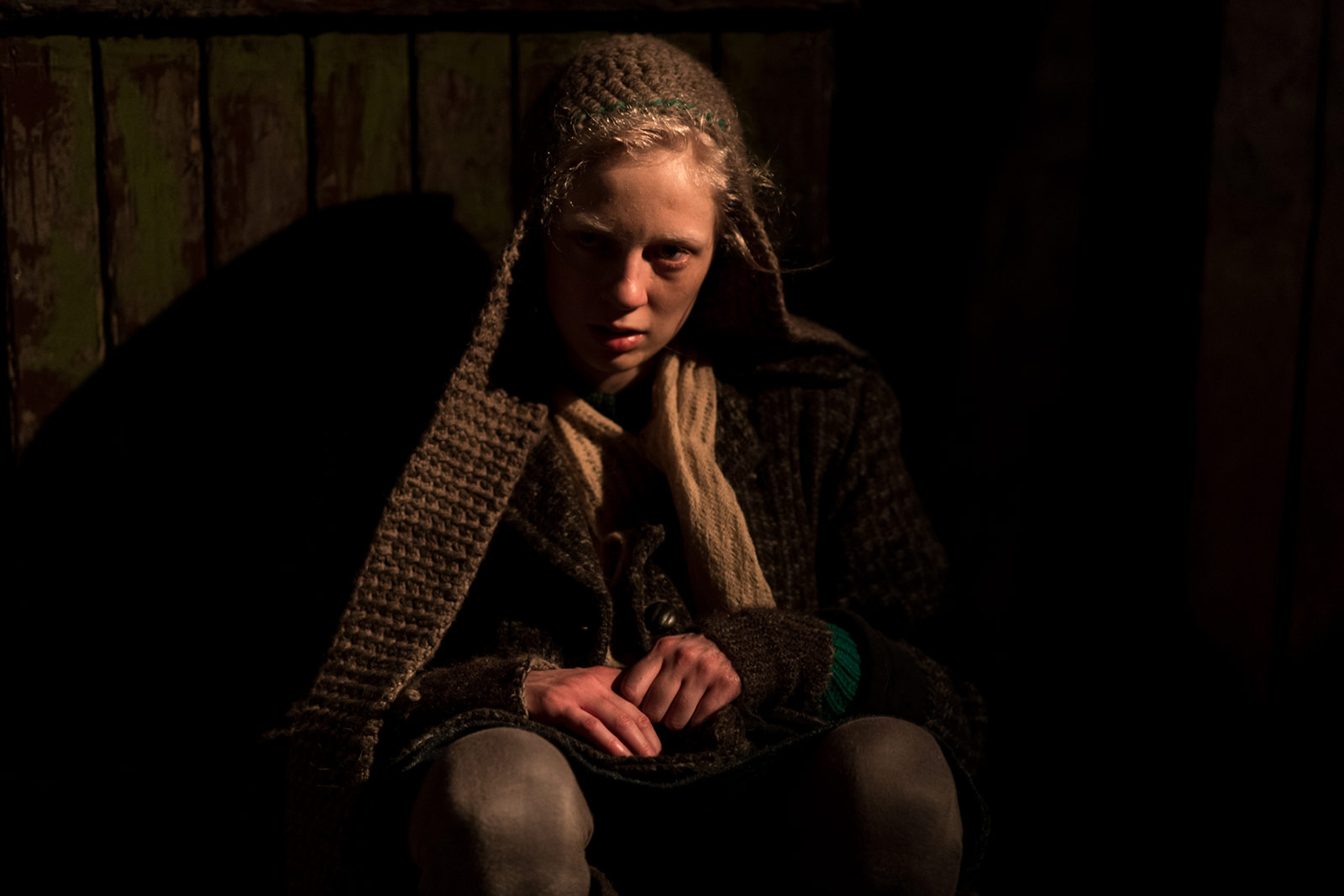 Were you looking for empathy or is it just to offer a different point of view from the many works by other Russian film directors about this topic?
I think for me it was empathy in the first place. In the second place, I wanted to tell my own story, of course, make it unique. There are a lot of Soviet films about war, and you want to make yours stand out. I don’t know if I handled it right, but at least that was my approach.
How has the Russian audience received it?
Fifty-fifty. Some people liked it, some others didn’t. I haven’t received tough feedback or any bad criticism in that way. I never heard anything bad from the Government or anything like that, or at least, not that I know of.
I believe this is a fresh approach in modern Russian cinema. Do you think former USSR history is not as well-known in Western countries as we think and your film contributes to shaping that history as an eye-opener in Russian history?
When I read this book, I understood that I didn’t know anything about war, especially about the role of females. So I wanted to share this story from the perspective of a woman the same age as me. I liked to see how many young people were interested in the film and came to the screening of Beanpole. This was important not just as a film director but as a person and citizen of Russia. 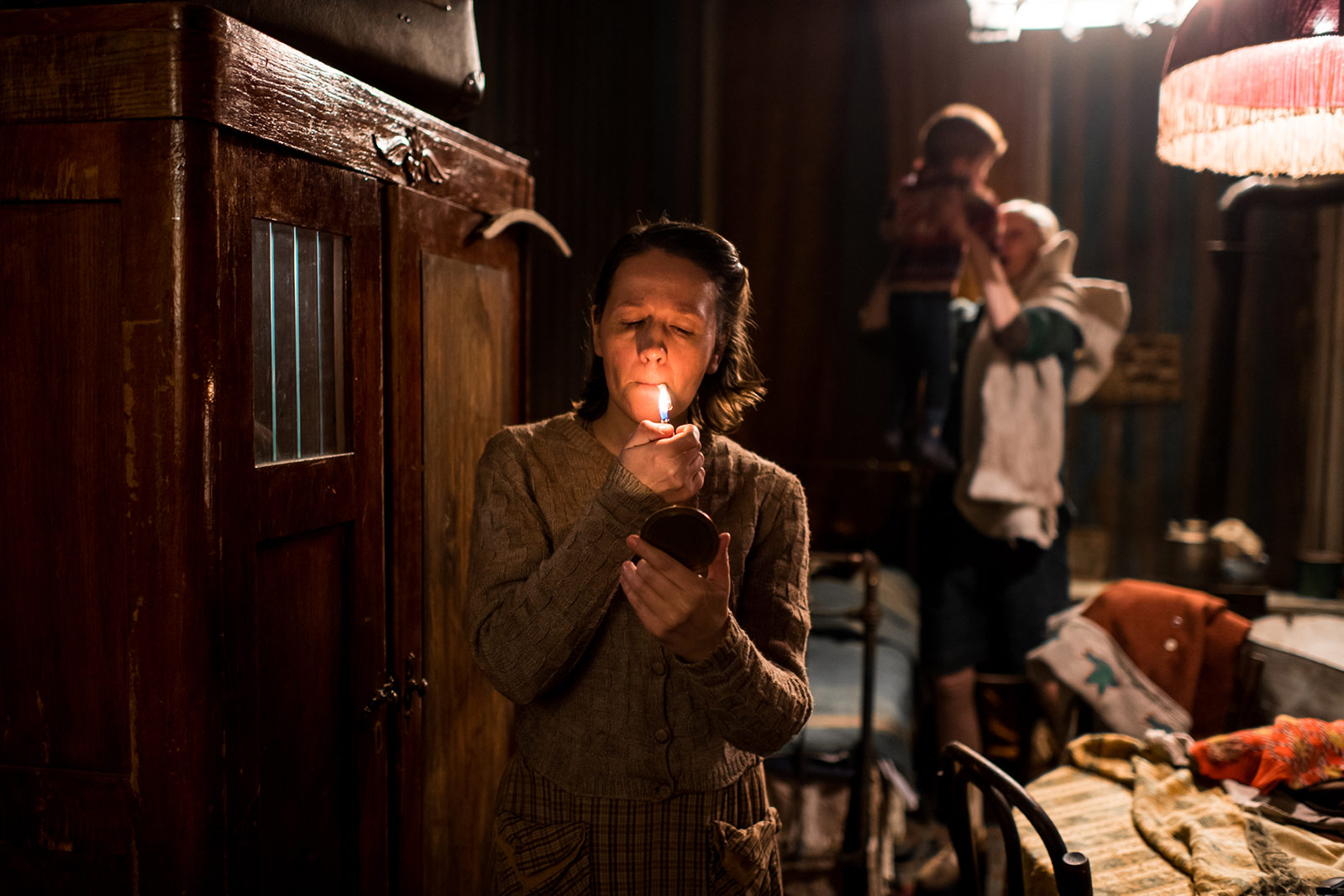 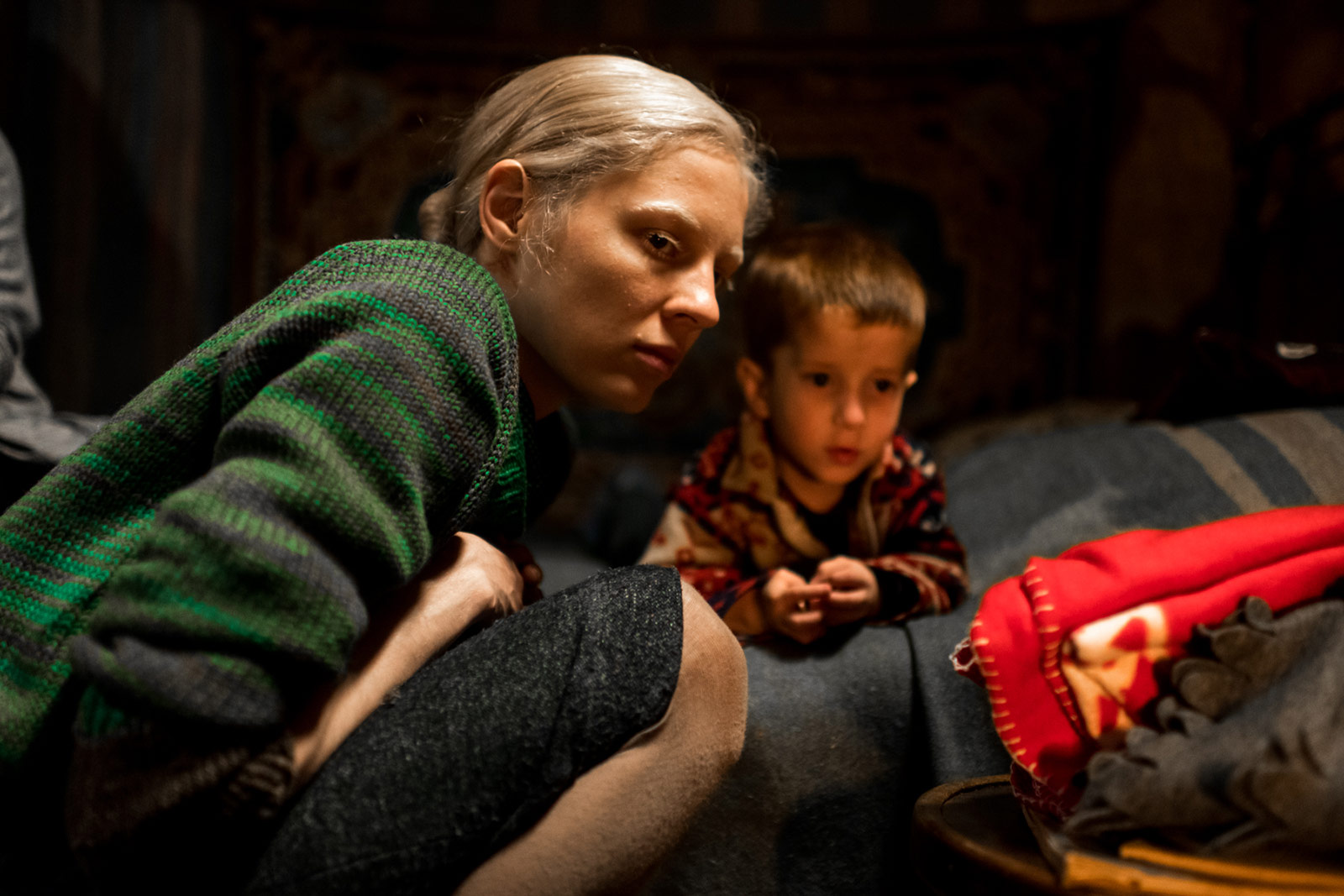 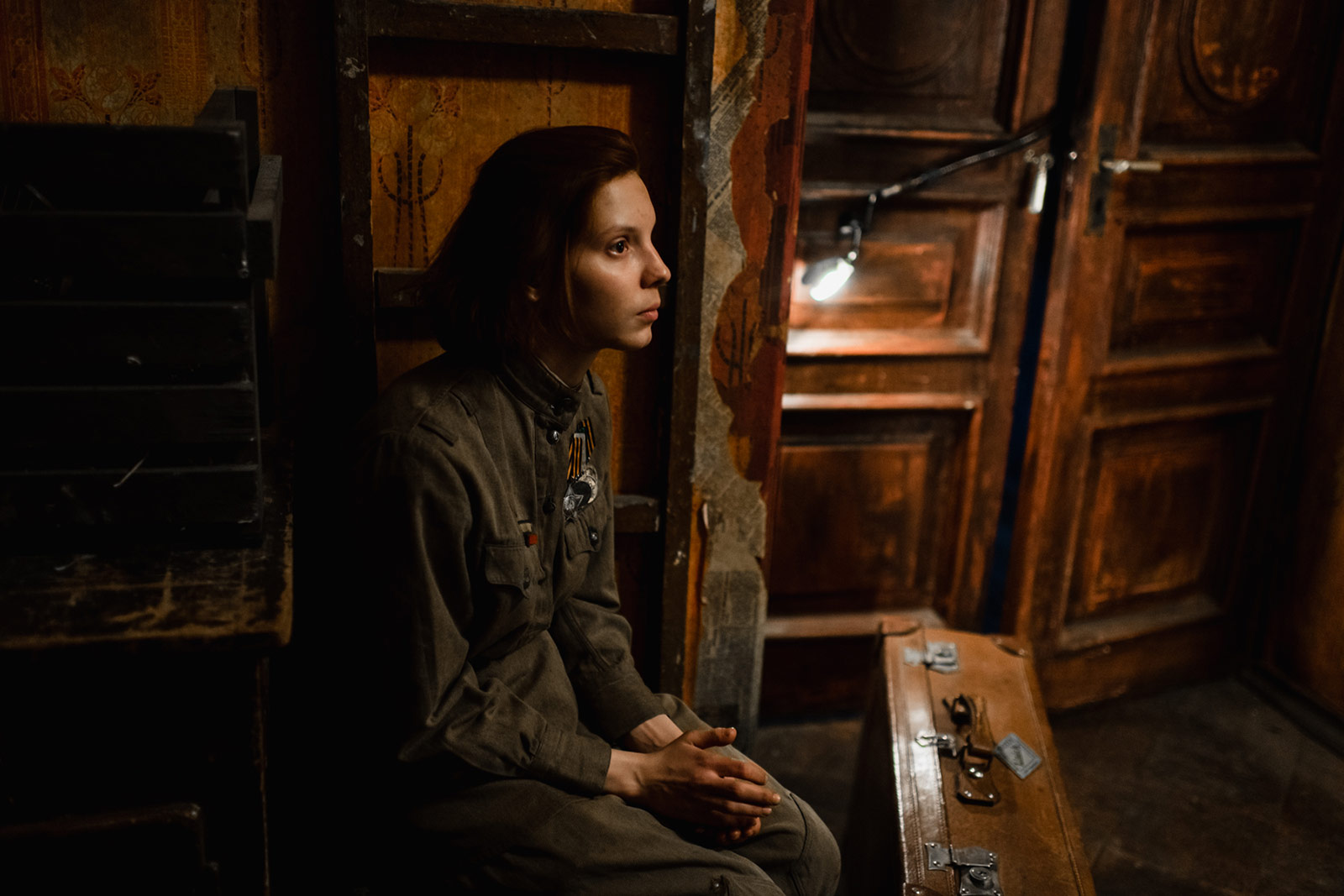 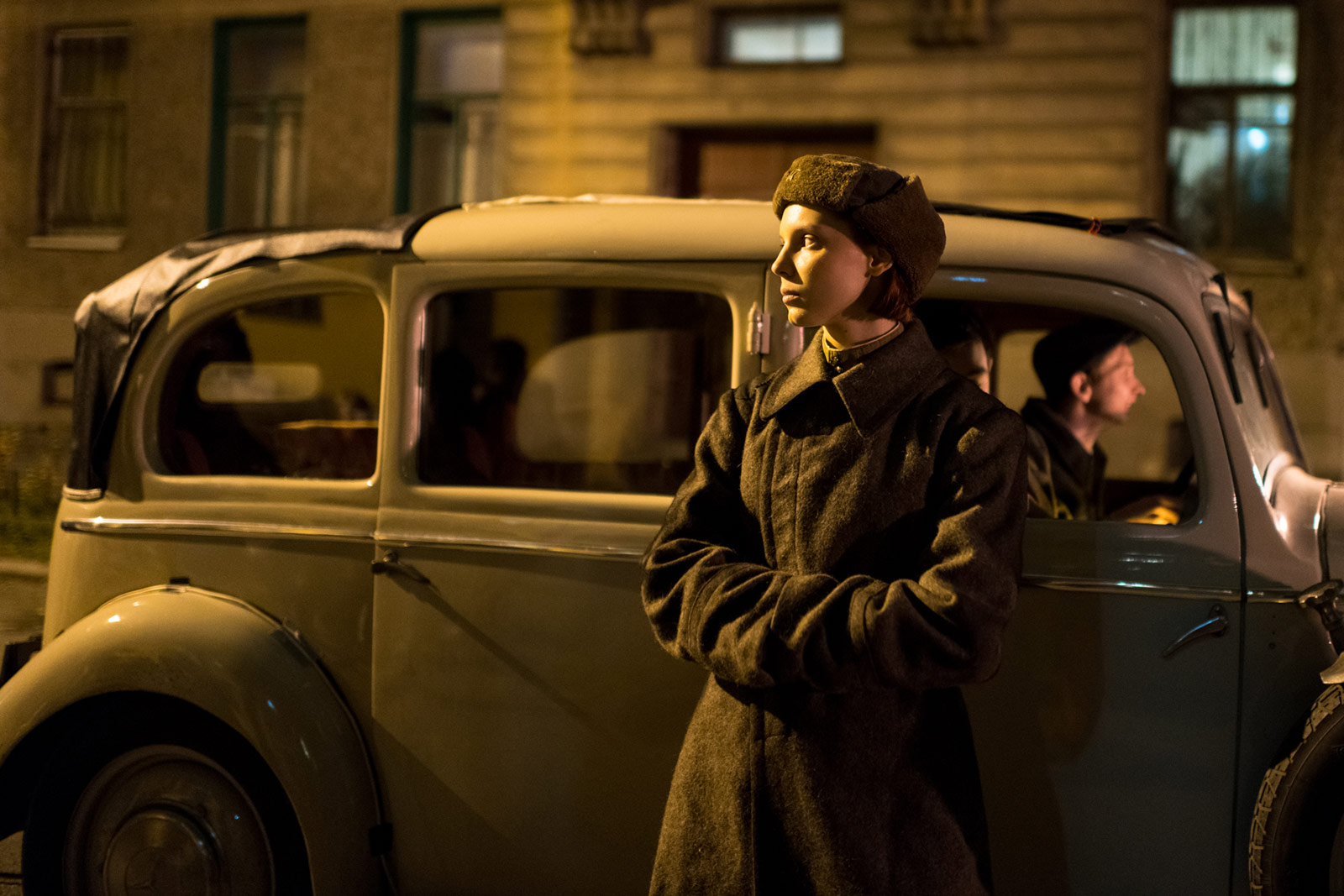 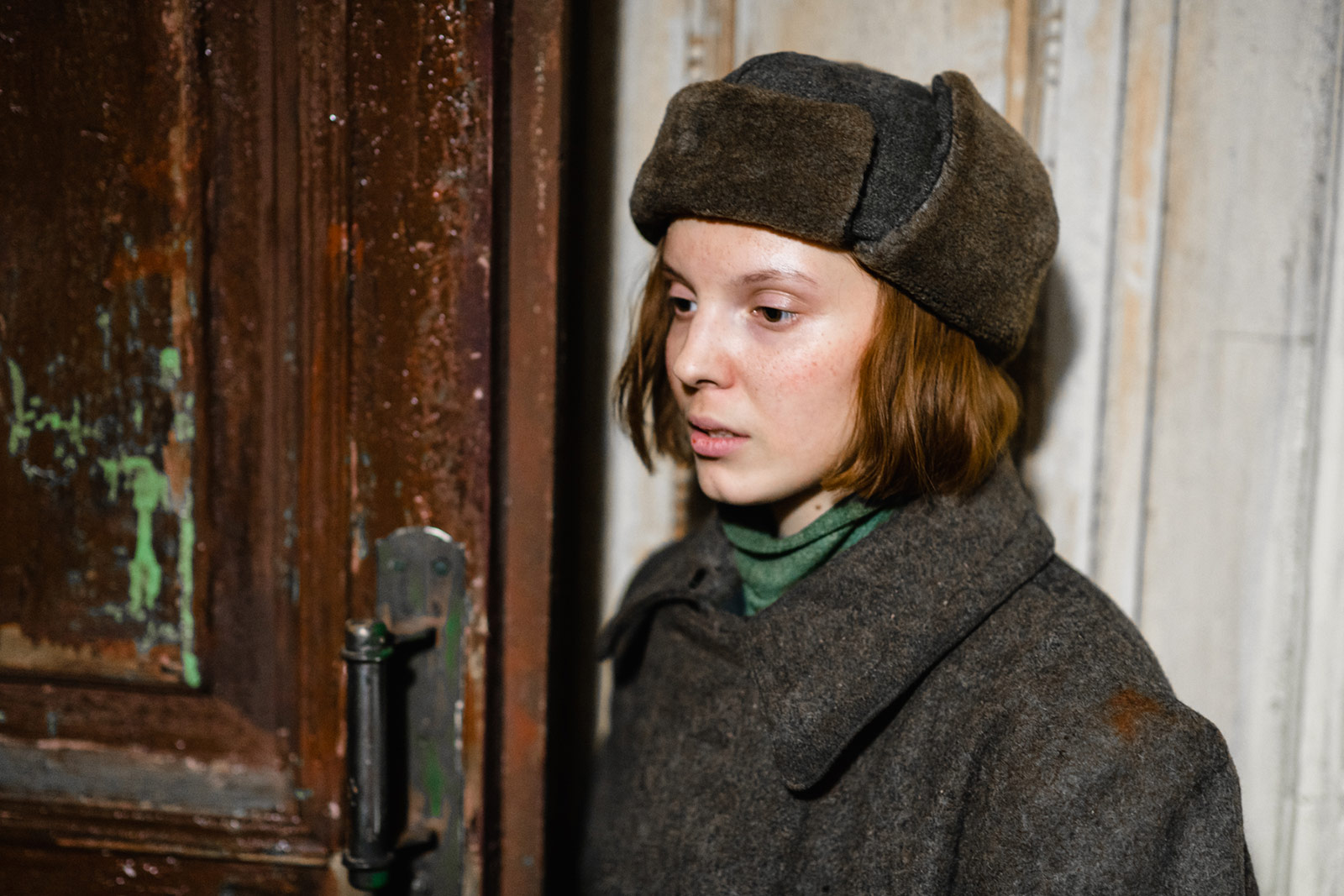 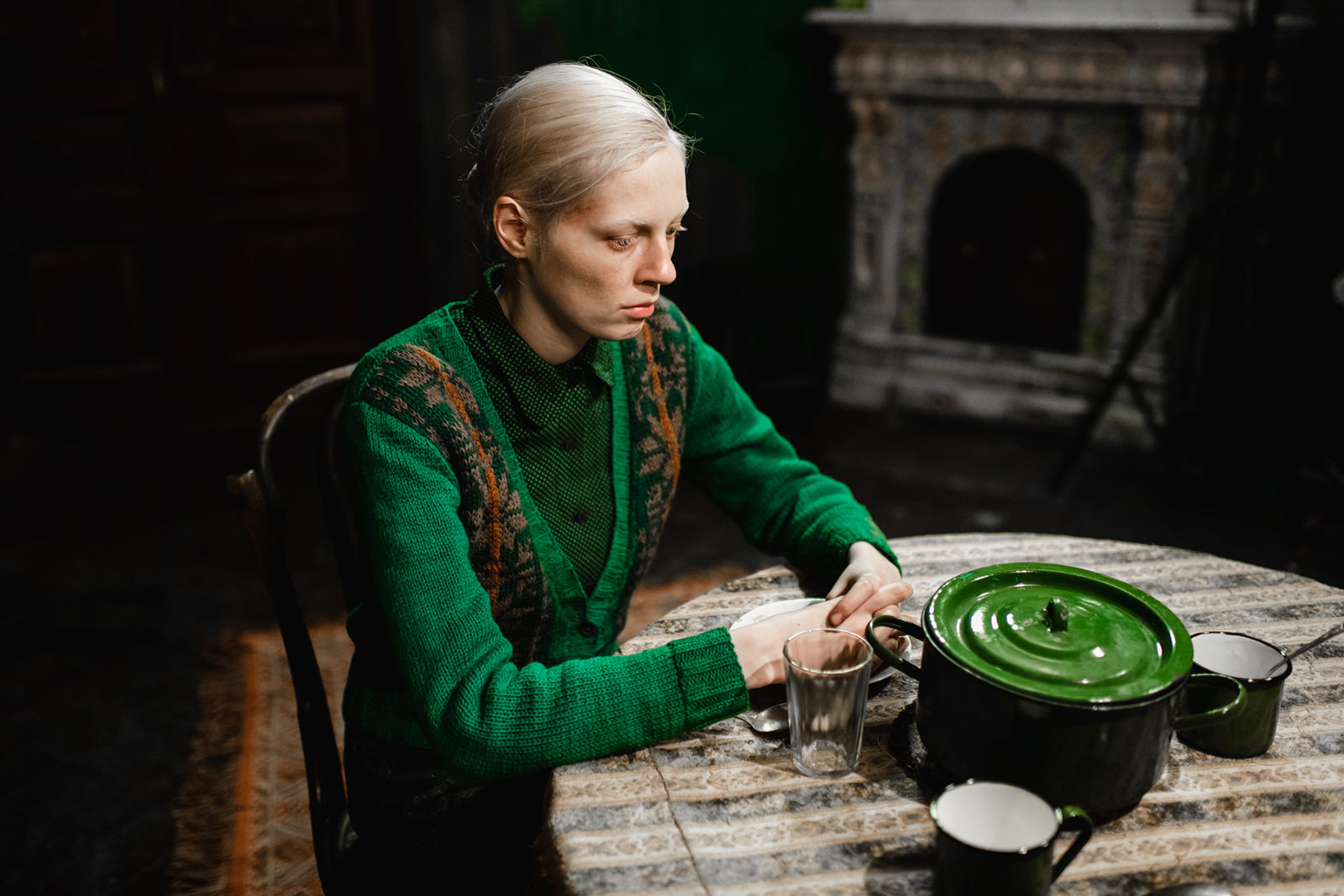 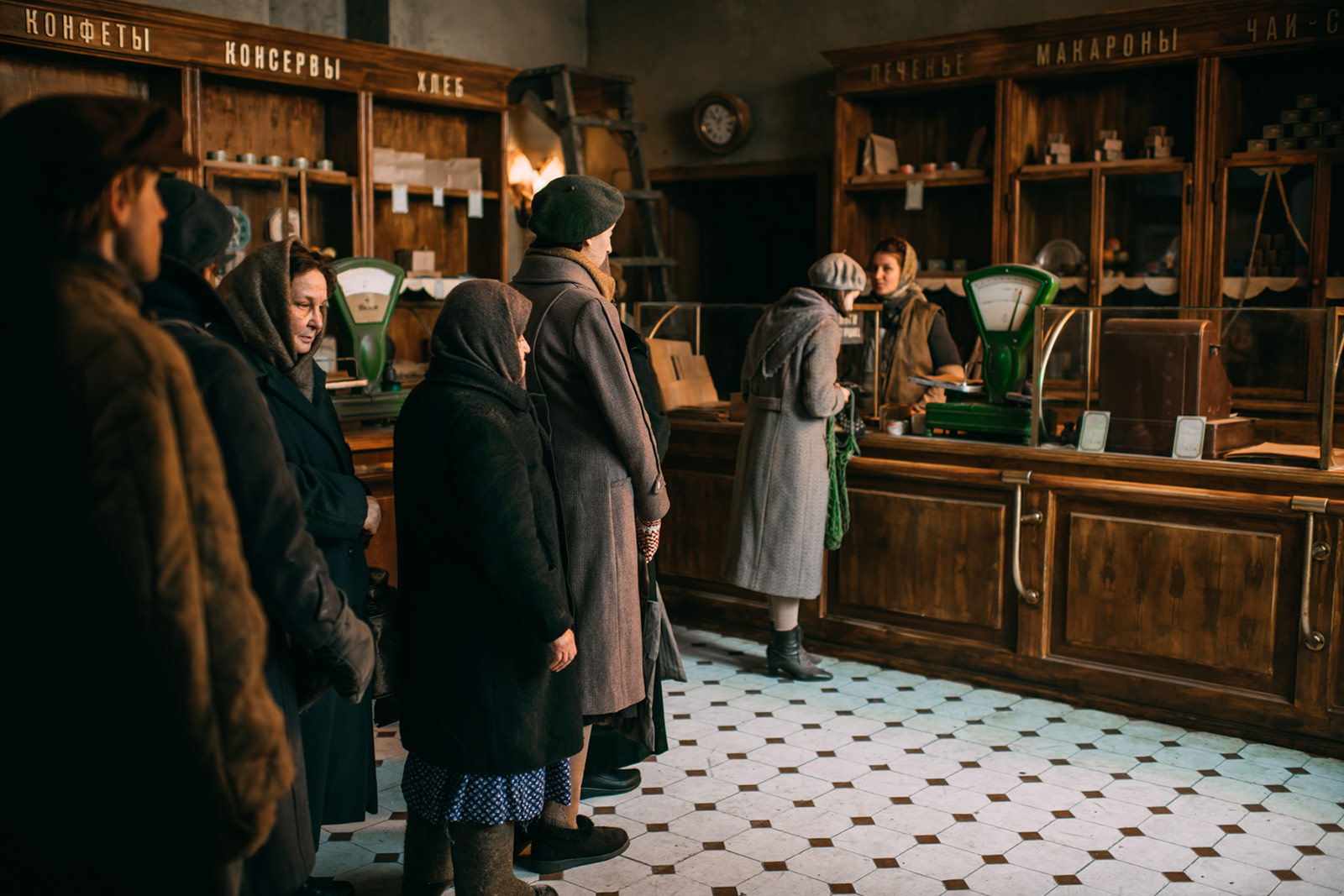 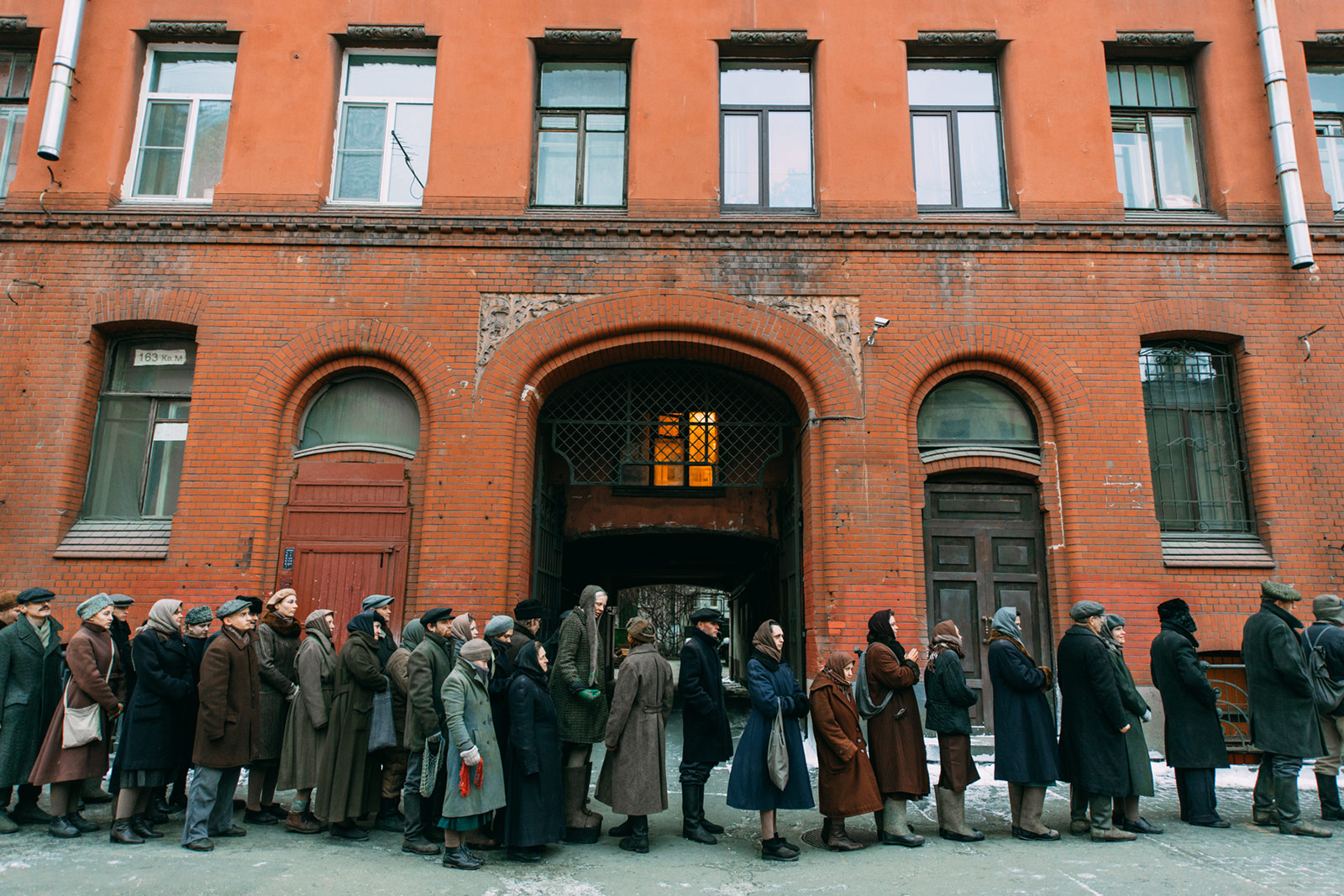