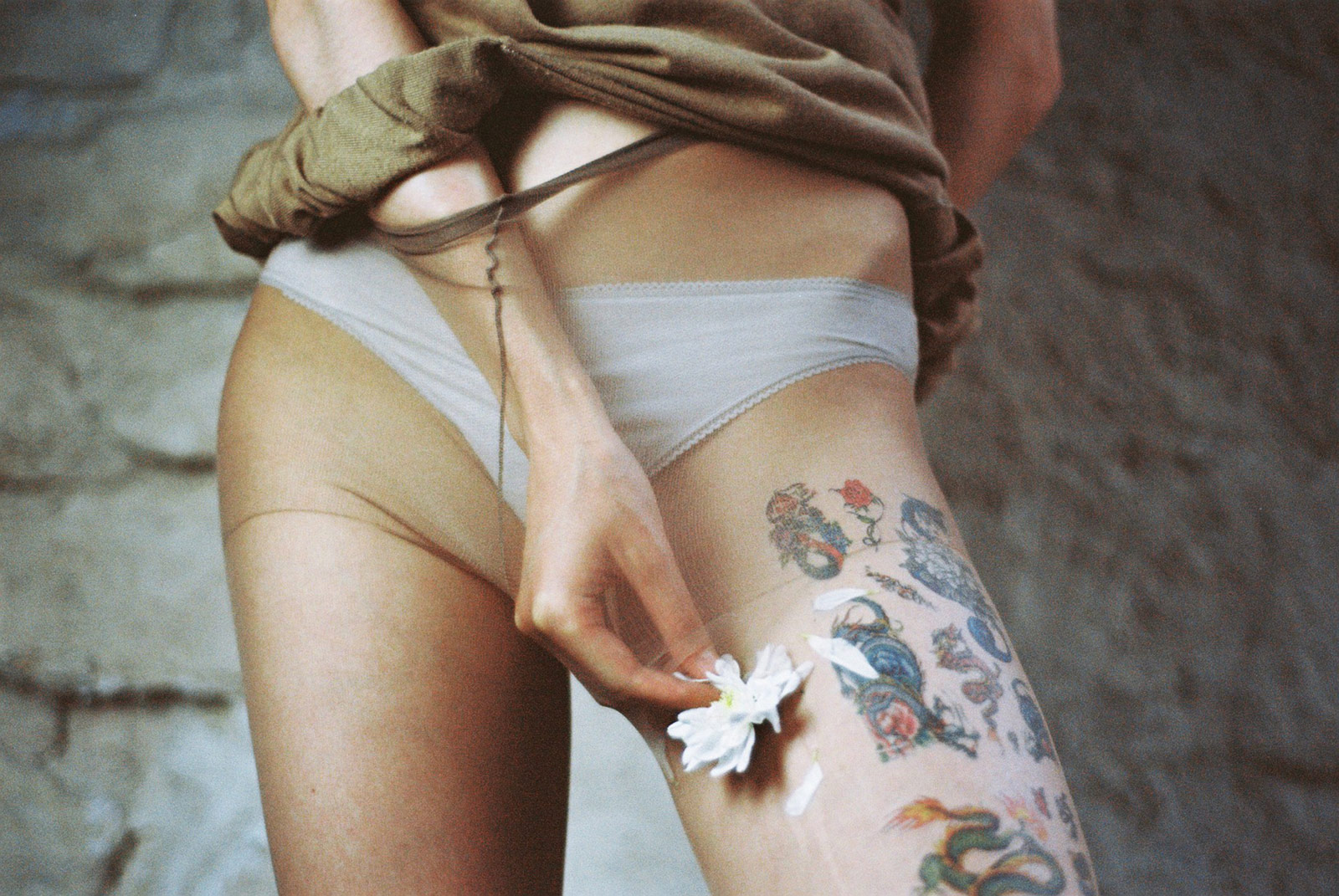 Lately, Europe has become a strange place. Where there was freedom, now there are borders. Where there was tolerance and respect, now there’s fear and rejection. But not everyone has lost their hope. We present Kamila K. Stanley’s view on the current situation of the old continent, which is full of cultural exchanges. In this balance, there’s a necessary fragility which needs to be kept unbroken in order to coming nearer peace.
Tell us a bit about the idea behind Les Enfants d’Europe. Is Europe coming closer culturally or are we drifting apart?
2016 has been ugly. There’s borders closing, a gaping refugee crisis, poison in the political bloodstream, the hangover of Brexit – clearly Europe is burning. We did a shoot about this malaise. It’s a rough time for our generation. We’ve been force-fed values of exchange and tolerance. We’re not naturally patriotic, don't know who to support in the Euro. We're raised with multiple passports and languages – through Erasmus, Twitter and easyJet. Yet this identity is becoming irrelevant. As the European tree collapses, we’re left like its wasted ‘fruits’. In most European cities, there’s angst in the air right now. We're not addressing politics as such, but the state of being rootless, scattered and hybrid. And basically, to be fragile in a time of limbo.
Your team came from all over Europe, in line with the theme, how did this affect the project?
Yes we come from all over! Respectively Britain, Poland, France, Spain, Bosnia and Belgium. To be honest, on shoots the team is often pretty international. When we shot this, Brexit was hot news. We did up the set and make-up over heated conversations about the referendum, the EU, whether or not Marina should pose with an EU flag. So yeah, the pictures evolved from our mixed ideas.
Which designers did you feature in the shoot and how did you choose them?
This shoot was a collab with Elsa Toporkoff, who I love. For the brief, we discussed styling the models with fabrics and textures that carry a sense of fragility, and also that feel somehow pieced together, and dismembered. She used pieces from her own first collection, and from young designers based in Belgium – Olivier Maire – and France – Geoffroy Nicolaï.
Flowers and tattoos are present in almost all the pictures, do they play a symbolic role?
We wanted to symbolize living à fleur de peau: the state of being fragile, and ‘on edge’. So we worked with very thin fabrics, flesh colours, skin, blooming and crushed flowers. Skin is of course a screen: we expose our bruises, but also project our identity on it. We picked a fleur-de-lis flower, which is emblematic of France. The tattoos we used are kitsch Asian symbols; it's barefaced cultural appropriation. We shot in Paris at Republique. Asian businesses, food and shops are super present there, thriving alongside Arabic and Afro European ones. These cultures are deeply imbedded in the fabric of Paris, and within French culture itself. It's all a patchwork.
How does this shoot fit into the context of your work as a whole?
I guess we’re so exposed to the chaos of our world right now, it's irresponsible not to address it in our work. When we shoot fashion nowadays I’m concerned about making it somewhat twisted or complex. Europe's identity crisis is something that hits me – I'm British-Polish, schooled in France, now I live and work in Vienna. We spent summers backpacking all over Europe, the open borders shaped our youth. Like many Brits in my generation, the news of Brexit gets my blood pumping; you really sense history is happening and we're not being listened to. You have to express it in other ways than through the broken political infrastructures. Of course in this work there's cynicism, but it was great to shoot with Elsa, Andrea, and all the girls on the team. Europe is this too – so there's also hope. 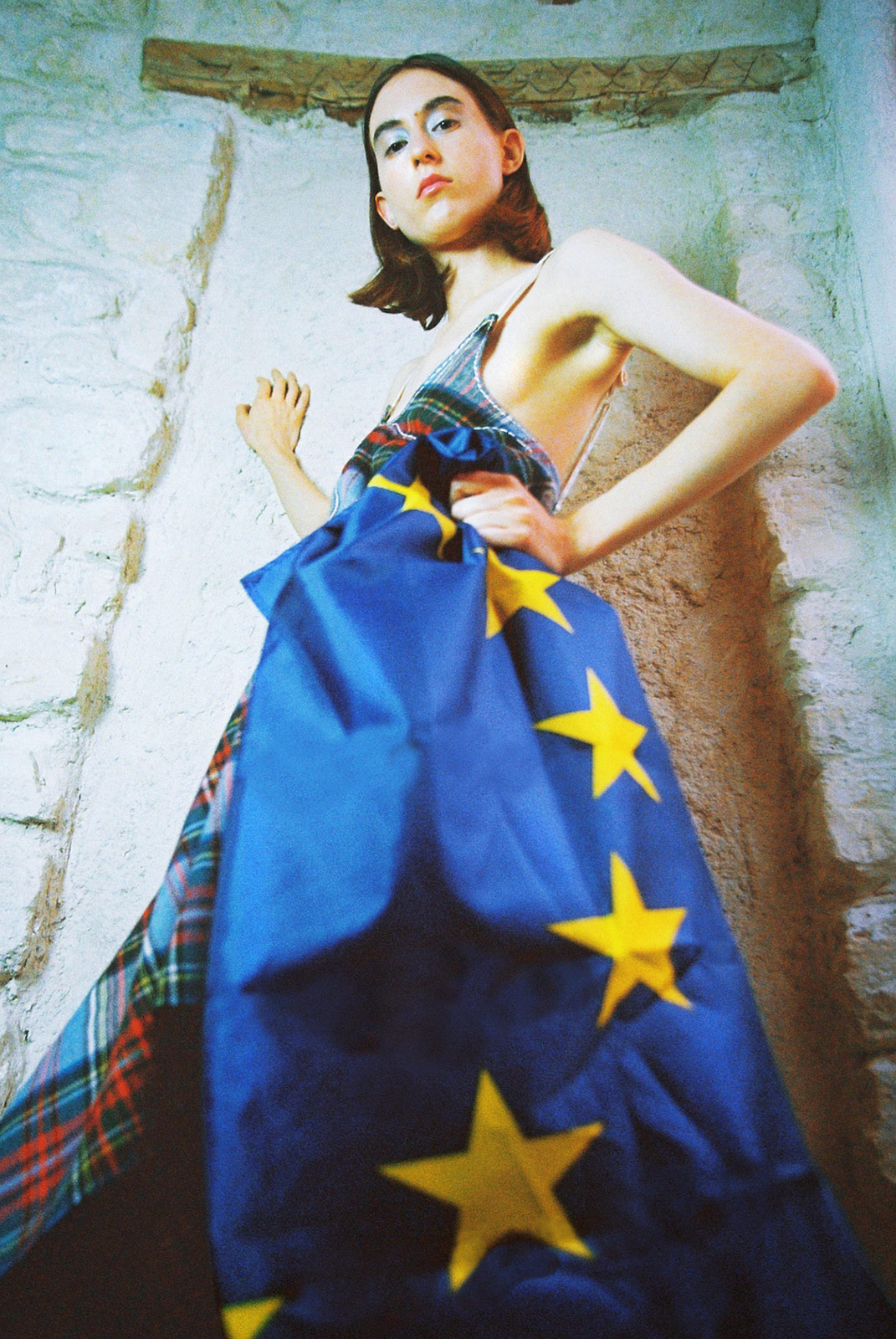 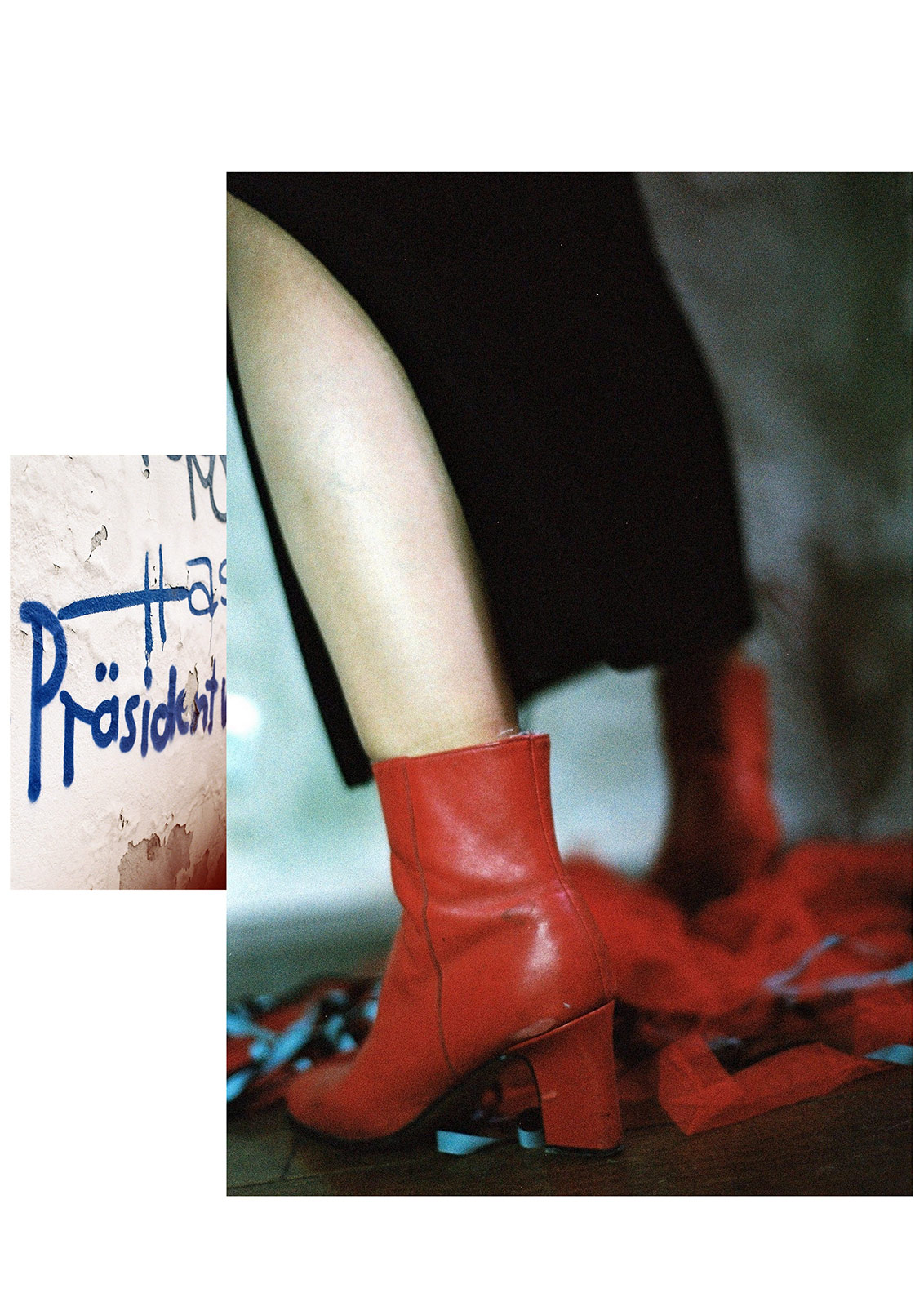 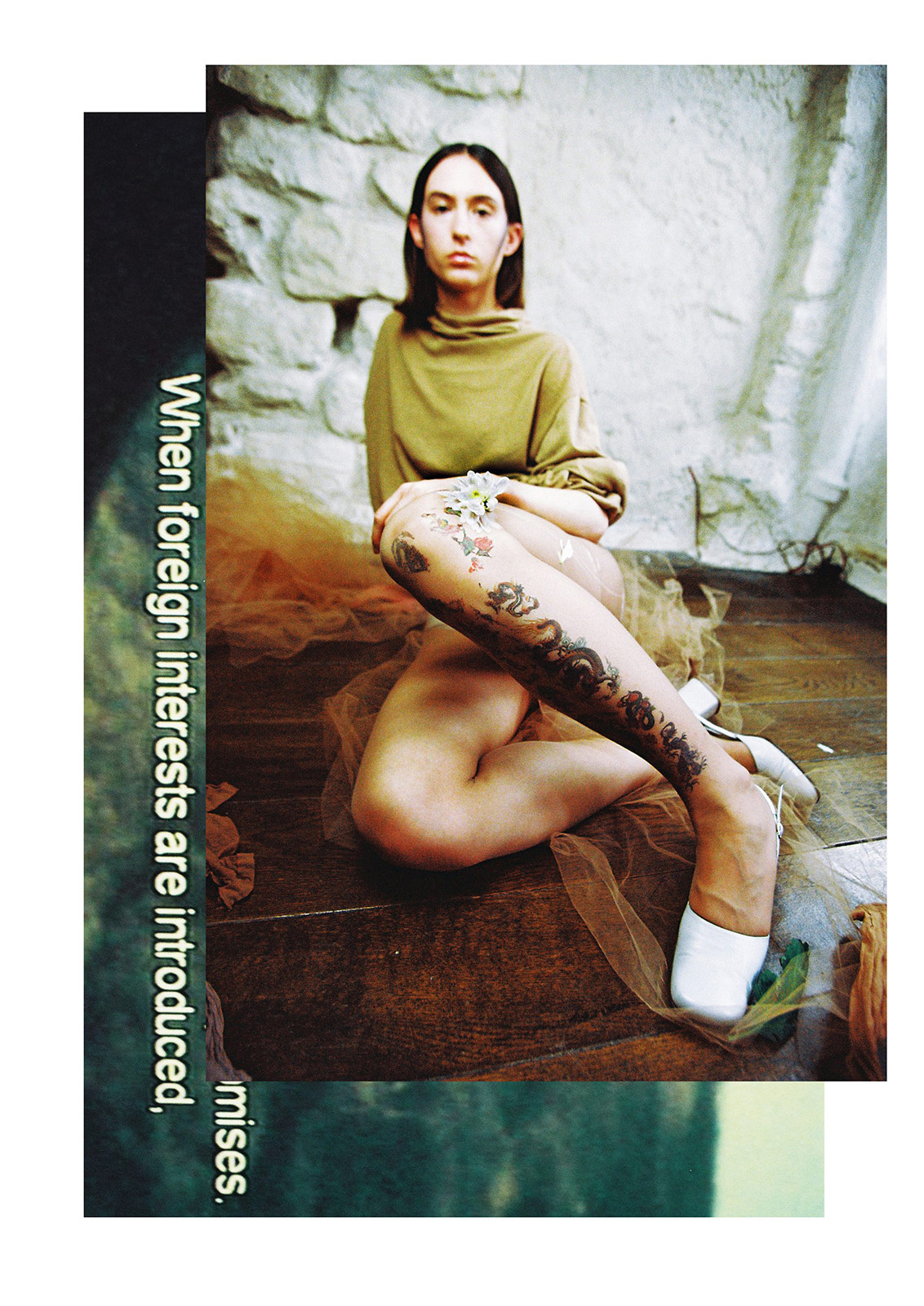 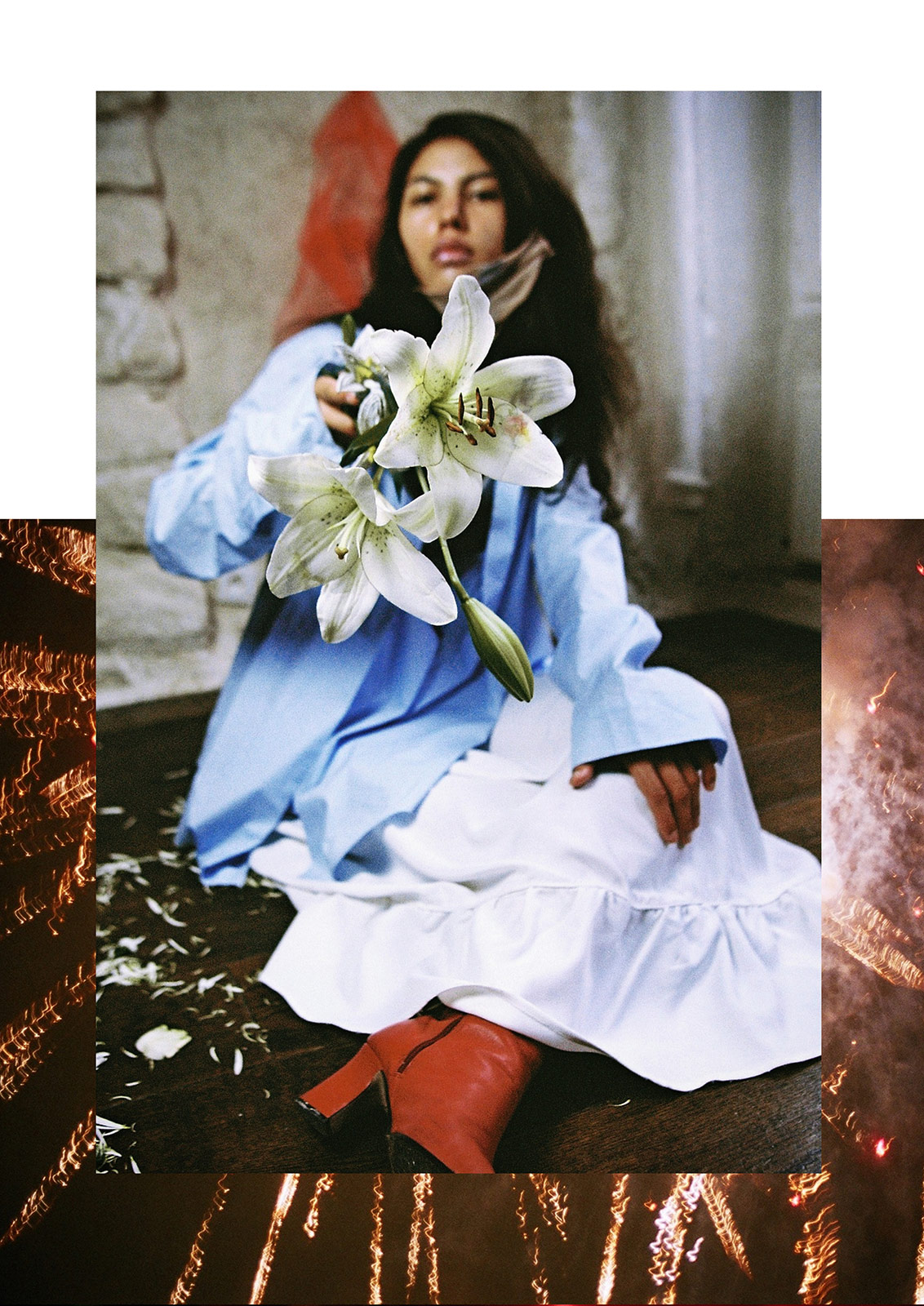 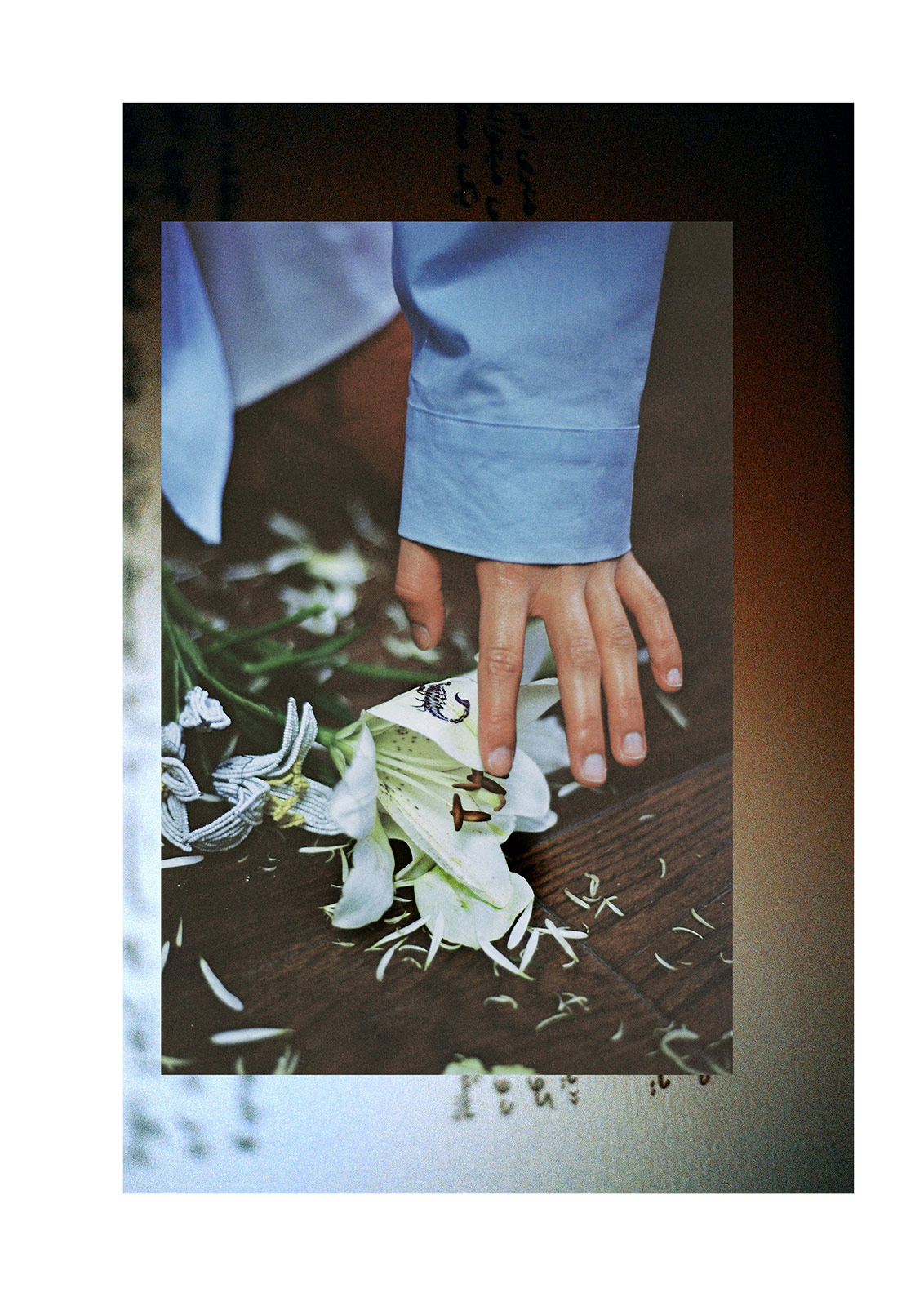 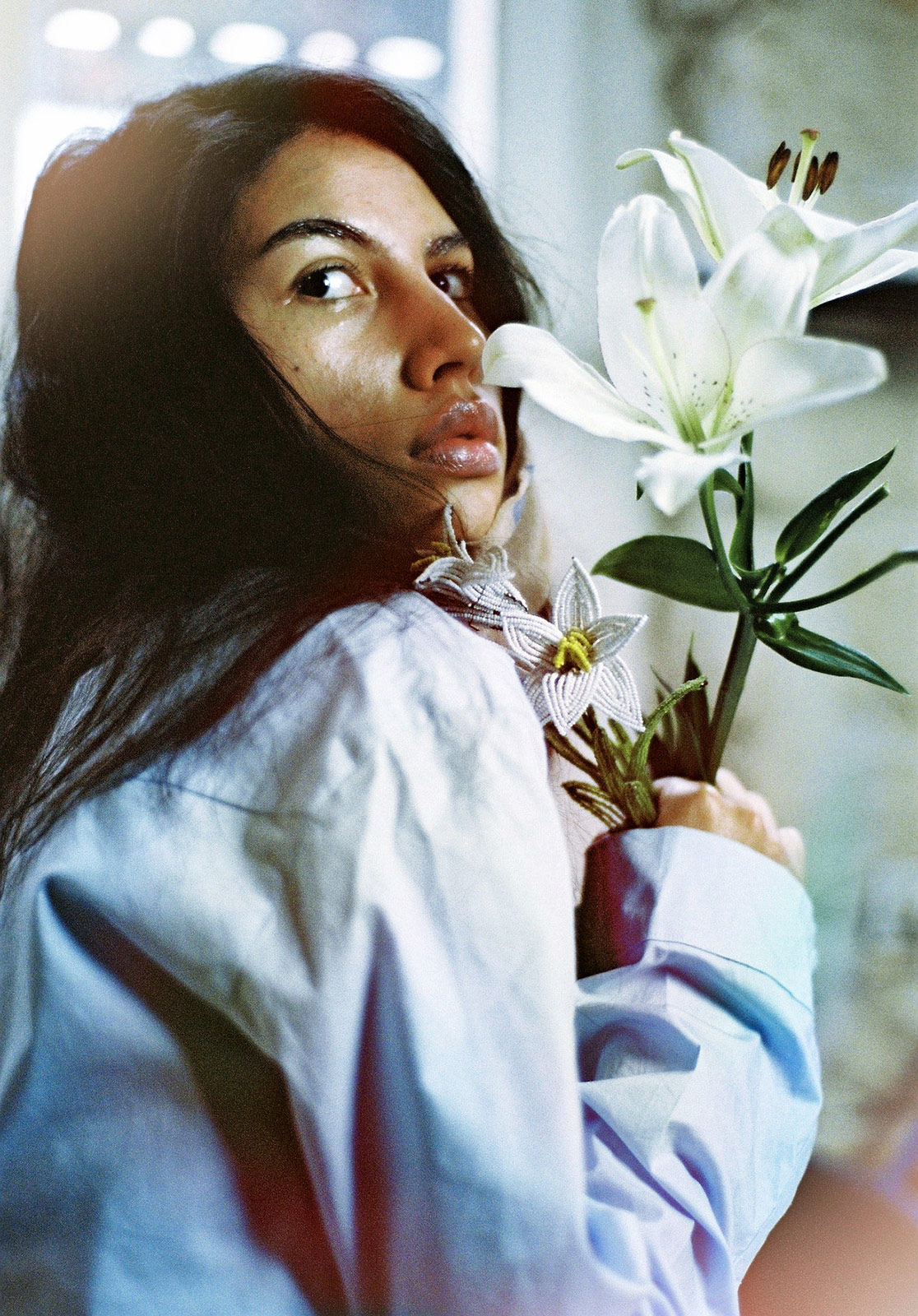 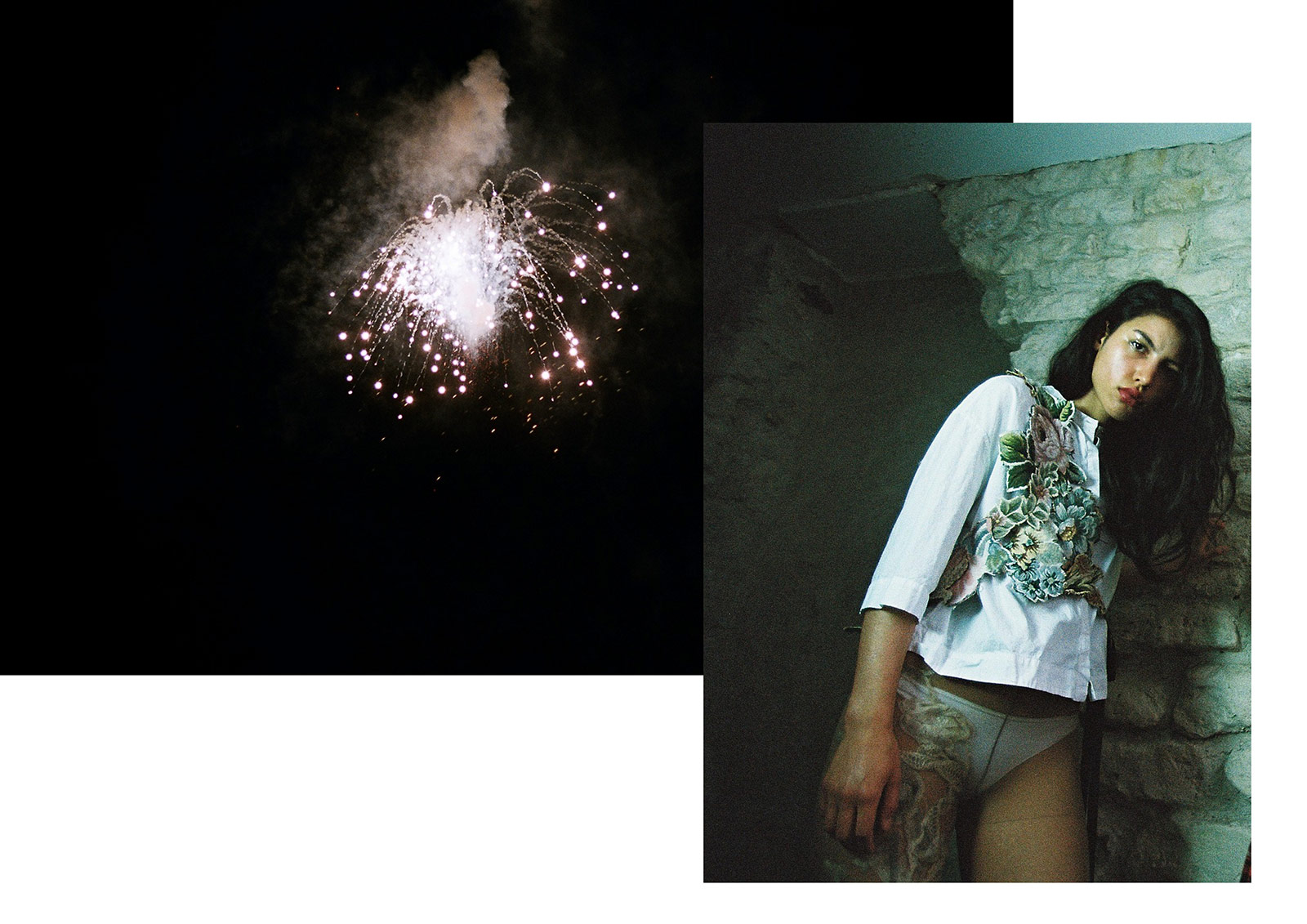 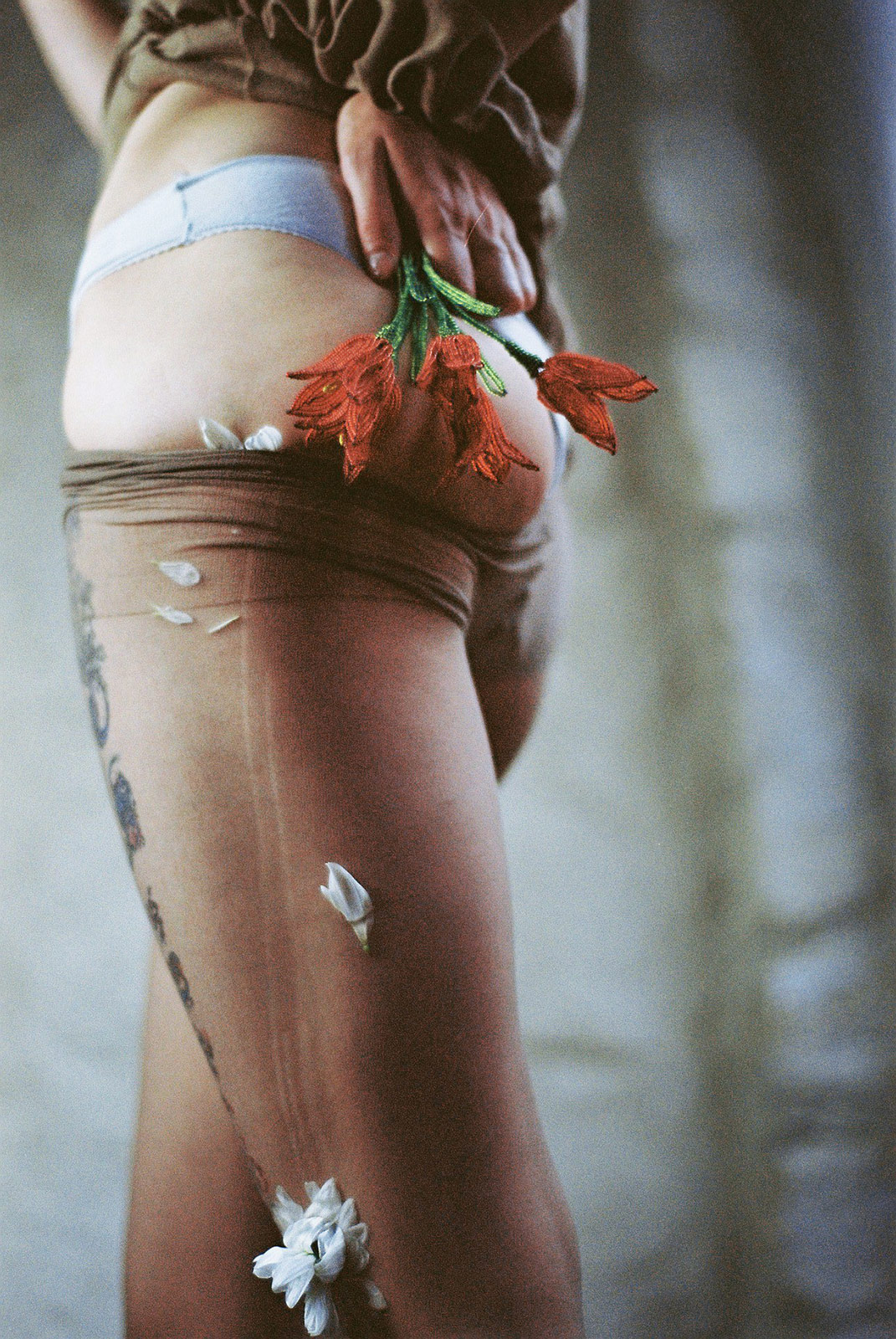 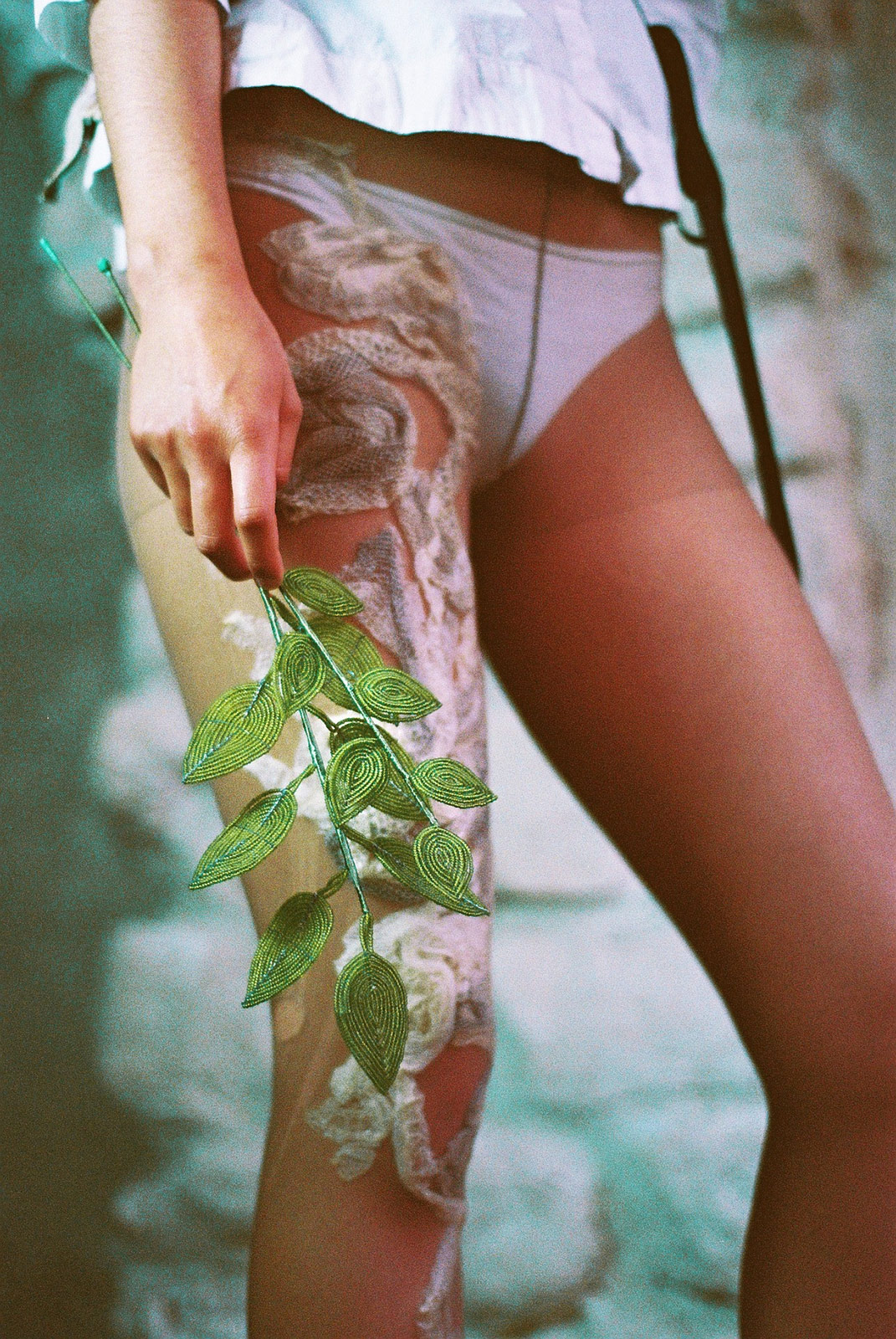 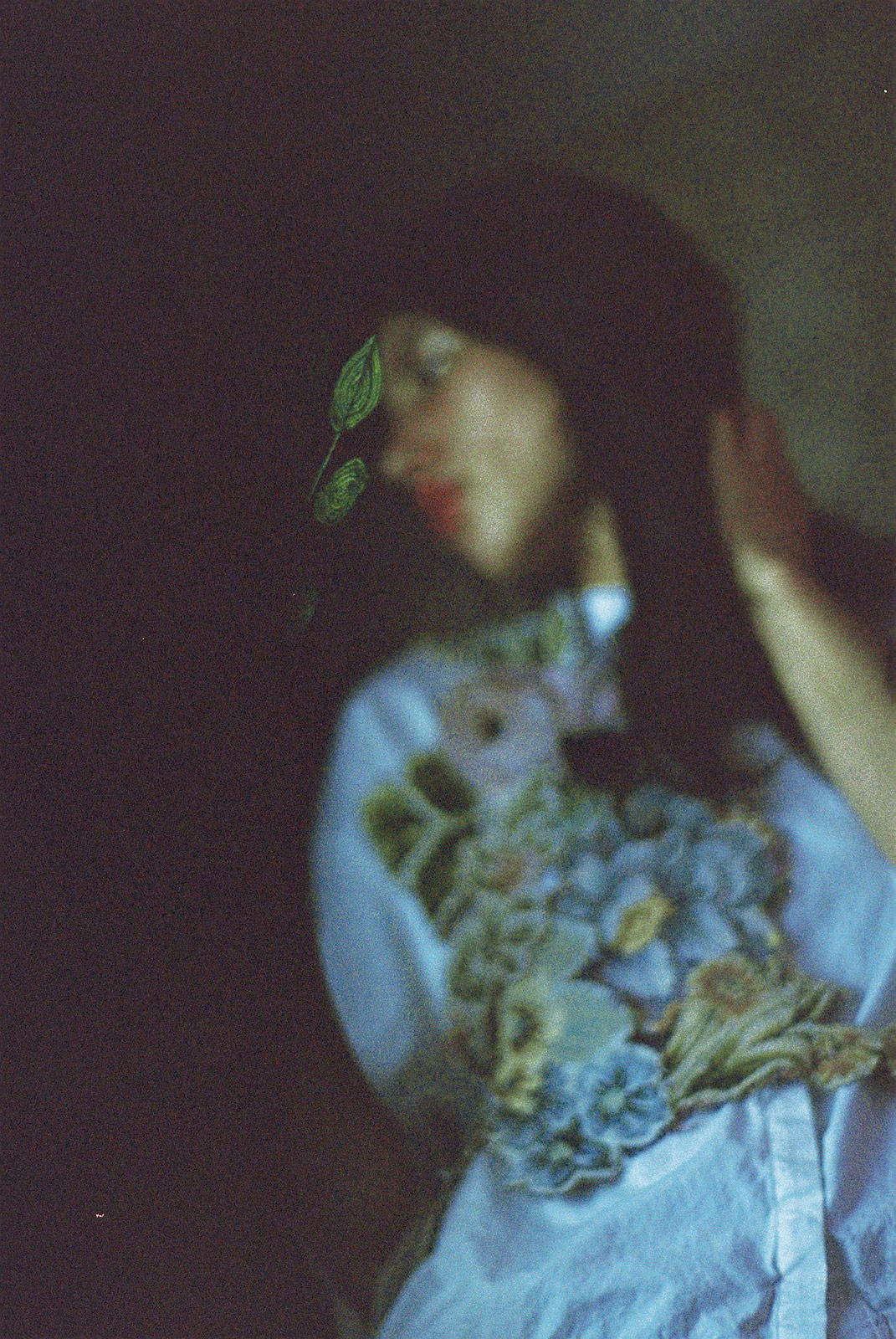 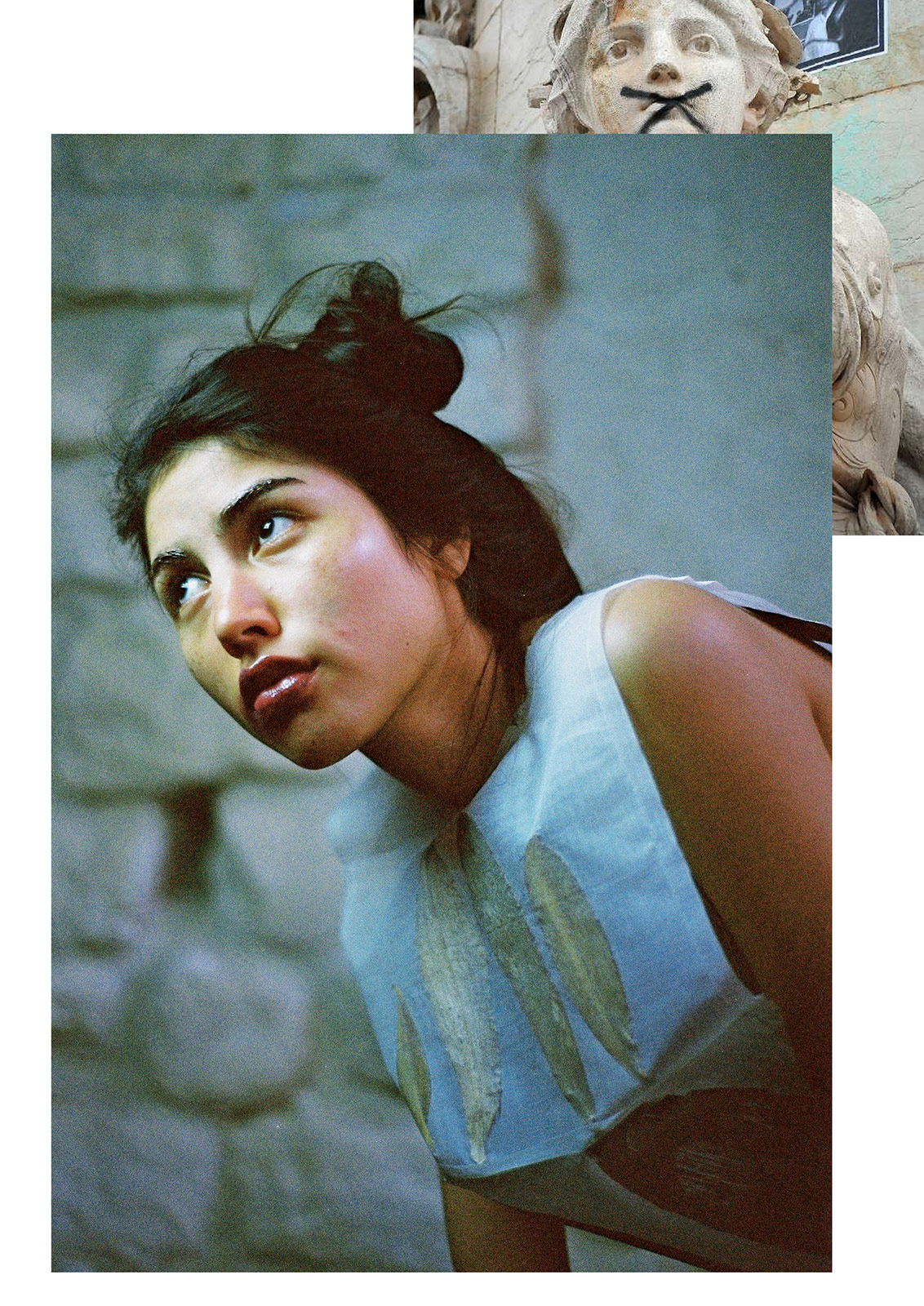 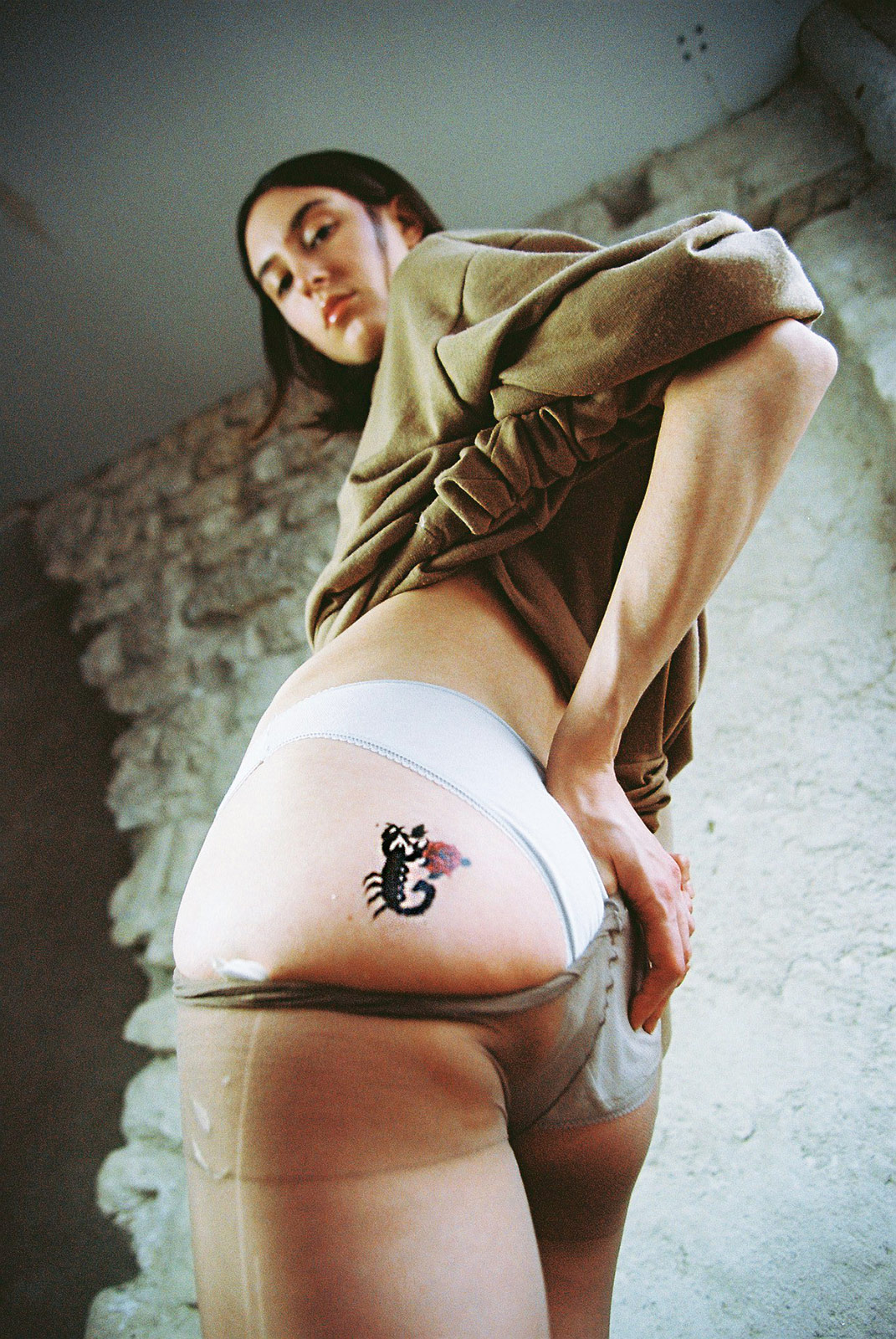 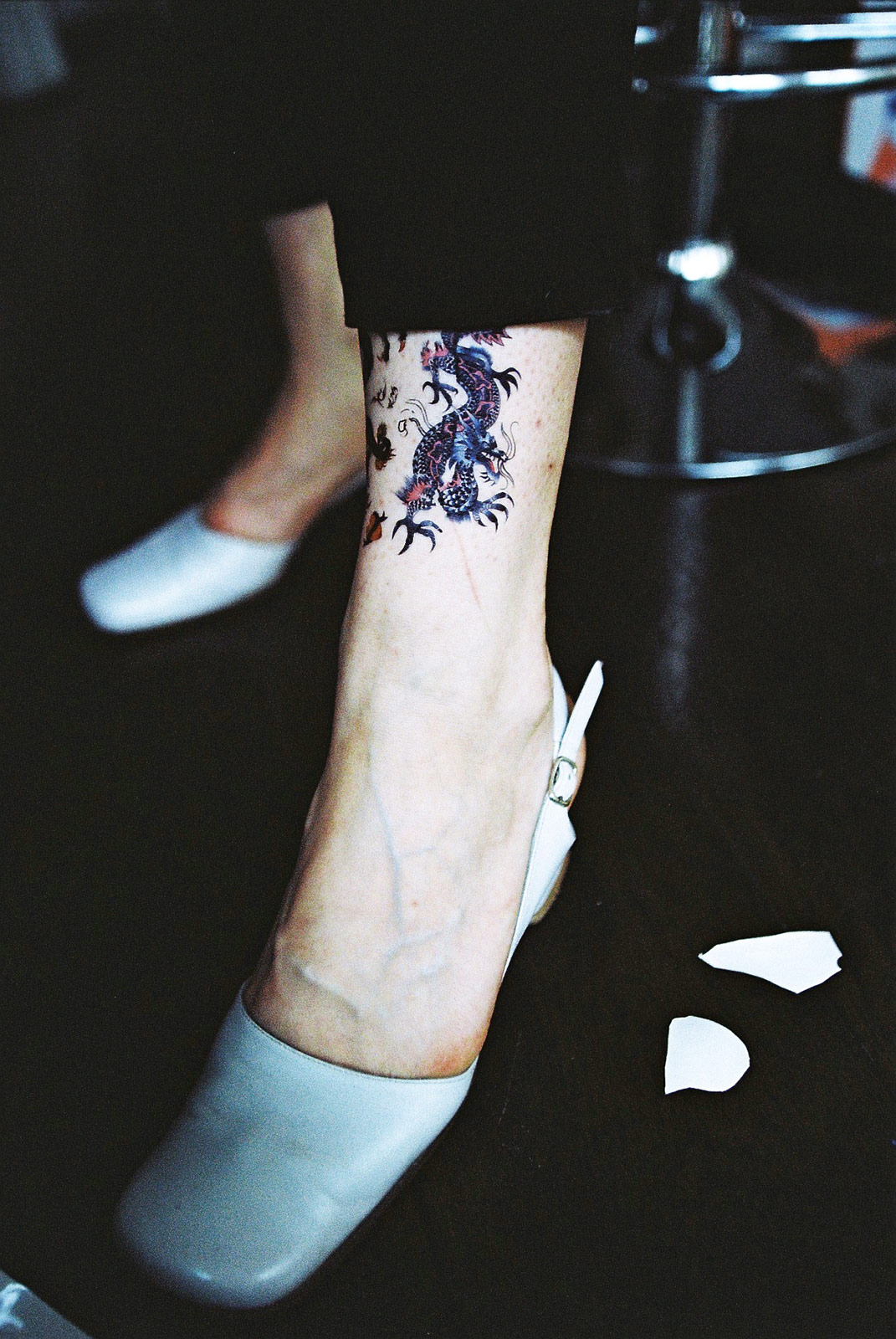