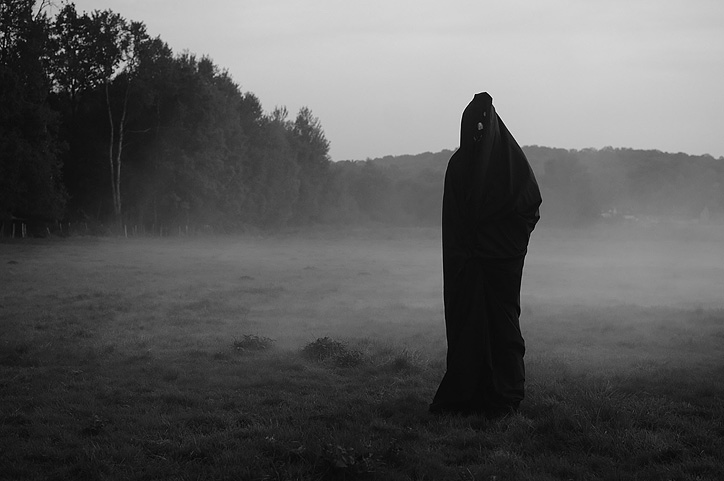 Witchcraft, nude women, planets, skulls or flowers are some of the things we can find in the artworks by Julien Langendorff. He’s directed music videos and created installations, but his most remarkable pieces are made with cutout images he finds in books and magazines. Fashion designer, art collector and cultural icon Agnès B. has now become his friend and collaborator, and has held some exhibitions of the artist around the world. Being such an interesting character, we decided to talk to him and know more about his life and creations.

Try to define yourself as a person in a sentence, and the art you create in five adjectives.

Today I’m a wandering old soul looking for cosmic truth and a decent house.
I’m not really at ease with that. I guess to someone who has never seen it, I could say: a mix of gothic, campy, dreamy, trashy, rock influenced fantasies. Sounds kinda stupid.

Besides collage, the technique you use the most, you have also created videos and installations. How do you decide to express yourself in one way or another?

I think it really depends on the opportunities, the money involved, etc. For installations and videos, you often need a gallery project, production budgets, and so on. I can work on collages every day at my studio with my books stack, paints and glue almost for free. Also, there is a sense of emergency in the process that I need sometimes, and the experience I have now within this medium gives birth to the works quite quickly, as opposed to the time you spend on making a video or an installation.

Tell us about the very first collage you made.

It probably was a picture of Guns N’ Roses taped on the cover of my notebook while in junior high, something like that. Something like a Peter Sutherland collage.

Collage has always intrigued me: it is just about taking existing images and texts, and combining them in a way that only you could do. Do you think you need a special capacity, or a different point of view from everyone else, to create good collages?

To me it’s not very different from trying to write poetry. I see the visual material, at least the one I use, as a neutral material that belongs to anybody, just like words. Then everyone can rearrange them in their own way in order to create something unique, interesting, personal. I think you need the same experience and work as in any other art form or field in general.

From 2009 to 2011, you made paper cut-out collages, while from that year on, you’ve combined acrylic and collage on paper. Why is that?

I don’t know, it just happened. Maybe because around this time I had difficulties settling down somewhere, so it was a lot of crashing around and wanderings from one place to the other. Collage was fine then because they are small formats and I could carry them around more easily than the paper cut-outs, which are bigger and very fragile.
I had a few weird books brought from various trips. It all started out of boredom one afternoon, and also as a way to relax. The paper cut-out works are terribly difficult and intense to make: all these tiny scraps of color paper to cut and glue, it was insane. It’s a shame people have to see them physically to realize the amount of work they involve. You can’t really tell when you look at them on a computer screen. So I was taking a break from this series, and I thought these collages I randomly made were kinda interesting, and I just looked towards this direction.

Where and how do you find the pictures and material to create your pieces?

It all depends on where I live! Usually, I have my spots where I often go to score some old books and magazines. It can also happen that I order some online when I’m looking for something specific, like these American teen magazines from the 70’s that I used lately. I have this unknown logic that I immediately know what to get even when at first the book looks super random.

Your works include naked women, religious imagery, Disney characters, planets, the moon, landscapes, animals, ancient Greek/Roman sculptures, flowers, etc. How do you combine all these different elements together?

I’ve been into bikers’ stuff and campy teen mags recently. It’s just the elements that inspire a sense of beauty and meaning on me, and I want to build works from them. Often they just come to fit at some point –for me– and tell their own story.

Many of your artworks include images or references to witchcraft, magic, dark rituals, inverted crosses, skulls, etc. Do you believe in magic, or in some kind of religion/belief, or supernatural and paranormal activity?

Yes, definitely. I’ve been living in a haunted flat since 3 years, so I can add this experience to many years of so-called paranormal beliefs. I’m trying to escape from there right now. It’s like a horror film. I believe in some stuff, but there is also an aesthetic that I’ve always really liked, that is closer to me and to a certain idea of romanticism, rebellion and various subcultural thrills. I’m into some things and philosophies. They are not necessarily linked to the core of my work, you know? I don’t think Dario Argento supports murder and serial killers.

Some other images that continuously appear are related with the Universe: planets, nebulas… What does inspire you the most from outer space? Do you believe there is intelligent life somewhere besides Earth?

There has to be! I do believe there are other people out there. Sometimes I just think about the day when we’ll read the news and it says «ALIENS ARE HERE», and when it becomes something normal in our lives. My girlfriend knows better about the subject. I am fascinated by planets, their beauty and mystery, and the fact that we’ll most likely never go there. Mystery is important. We don’t have this anymore today. It’s such a strange situation, I think.

The third theme that appears the most in your art is sex. Why do you put so many sexual images in your creations? What’s the aim behind them?

I don’t think they are really sexual. Maybe some of them, sometimes. But to me they are mostly nudes in the academic sense. I see them as statues. I think the figure of the woman, a feeling of ecstasy, the idea of death and beauty are more accurate than sex.

Agnès B., a cultural icon, has an art collection including pieces by very renowned artists such as Basquiat, Ryan McGinley and Gilbert&George. And, among them, she also has yours! How do you feel about it?

It’s cool being part of a certain aesthetic I’ve always been influenced by, specially as a younger person. I think she has a kind of American sensibility that I share too. I like lots of artists from her collection. I guess I would collect some of them myself if I could. On the other hand, I never really found specific discoveries within Agnès’ collection. I’m not sure she really «discovered» artists the way she says she did, most of them –myself included– were already active when she started collecting them.

The stories of how Agnès met some of artists, like Basquiat and McGinley, are pretty fun (at exhibitions, over a vodka bottle, etc.). How was your meeting with her? Who approached whom?

Nothing really exotic. I met her at the opening of a solo show I’ve had with a Parisian gallery I was working with (from 2008 to 2011). She was there and bought a couple of my paper cut-out works and talked to me. She showed interest working with me once this gallery closed, which was kind of a fair move from her.

Tell us a funny story or anecdote that happened to you while in an exhibition, meeting a gallery owner or a critique, looking for material…

There are always weird encounters at openings. Typical opening night would be like this one time in New York when a creepy girl was telling me I looked like Rod Stewart, while a very posh Upper East Side man was asking me –in French– if I was related to the Baroness Von Langendorff, who is like a spooky looking prostitute (as he told me). I hope I’m not.

What’s the last project you’ve been involved in? Tell us more about it.

I displayed some new works last June in Paris for a small solo show called ‘Neon Ash Path’. I have been working so much in the past 6 months that I almost did not feel like the ’nail’ of this show project, within the endless process I’ve been involved in recently… It was like, going out of my studio, hanging the artworks in the gallery and almost going back to my current works right away. I’m kinda looking for new experiences right now, new exhibition spaces.

What are you currently working on? Any projects coming soon?

I am working on a new series of works called Gutter Magik, all black and white, wild stuff. They are part of a new monography that my friend Thurston Moore will publish in January through his publishing house Ecstatic Peace Library. It should be a very nice book. 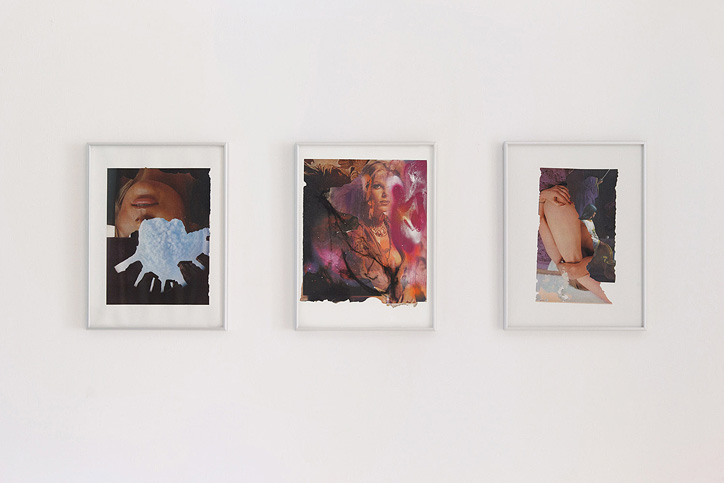 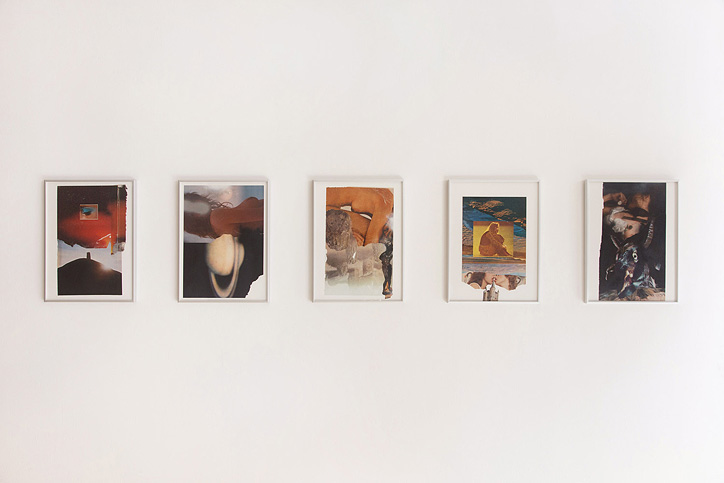 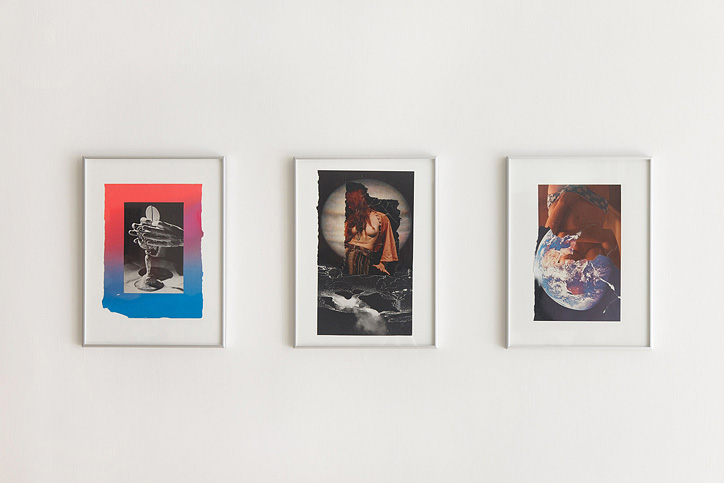 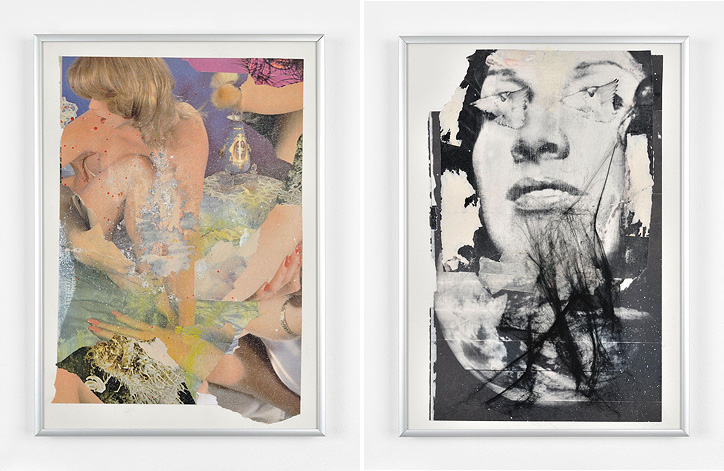 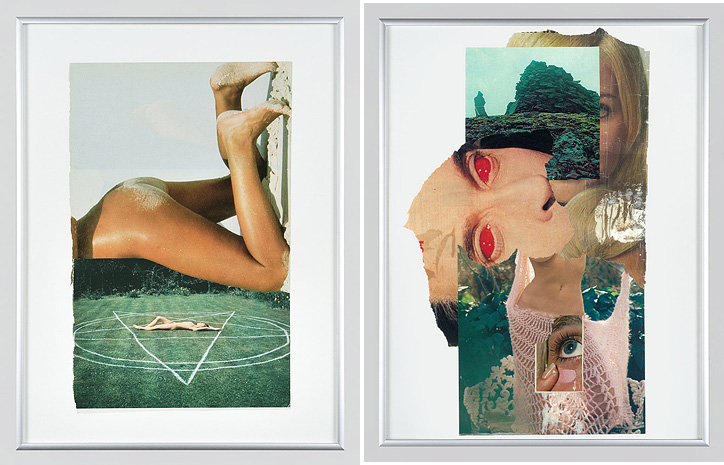 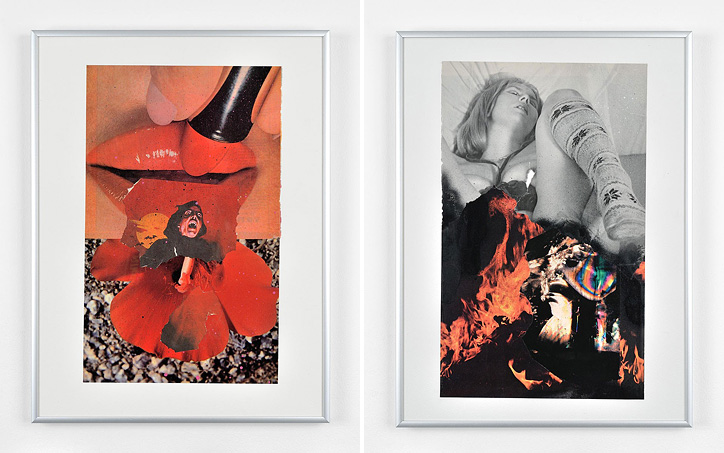 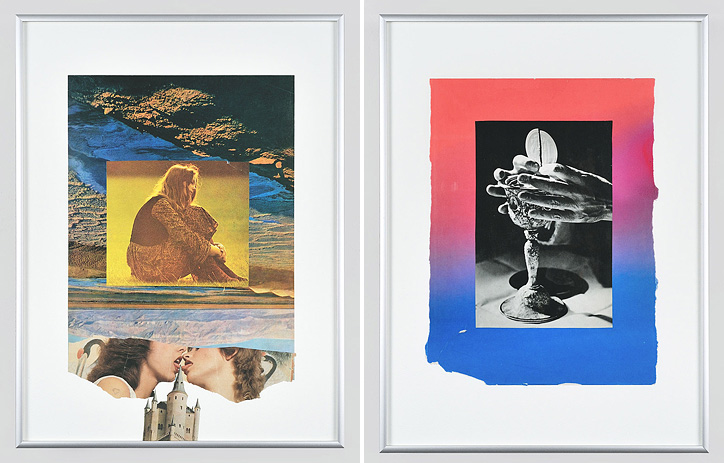 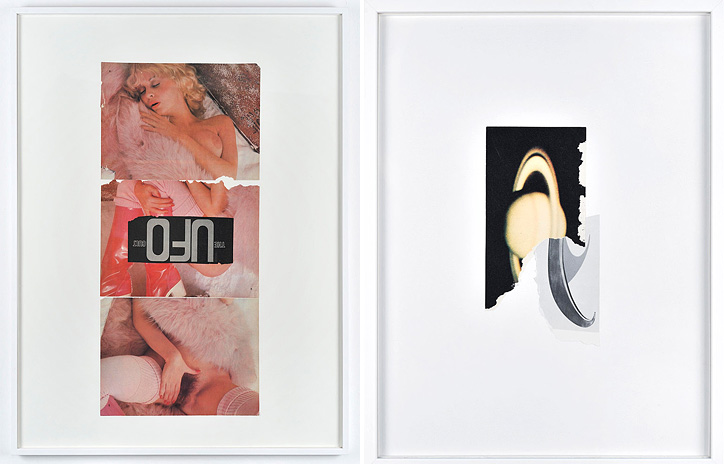 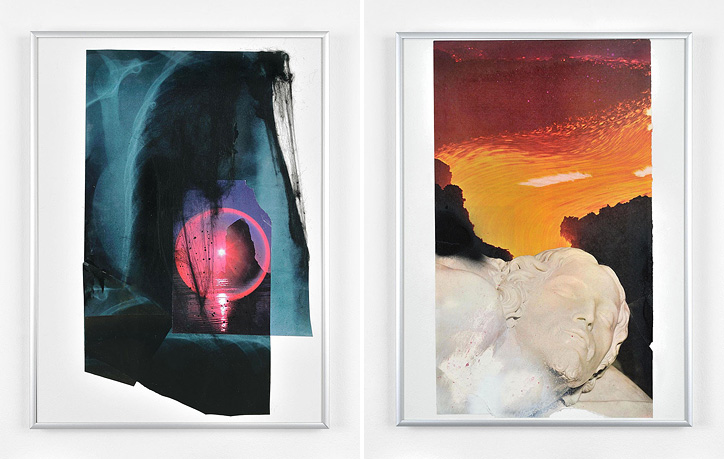 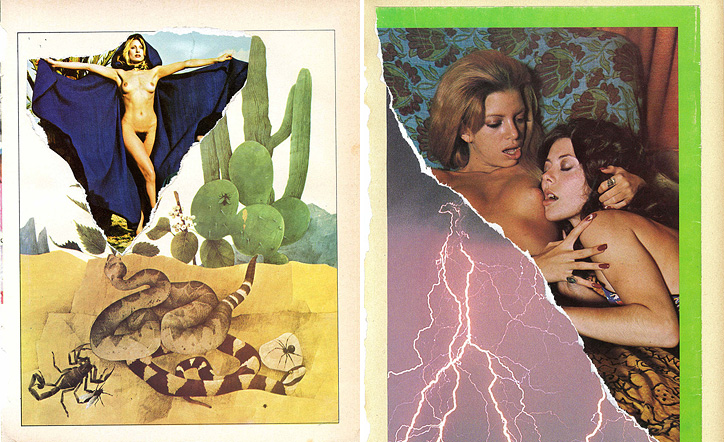 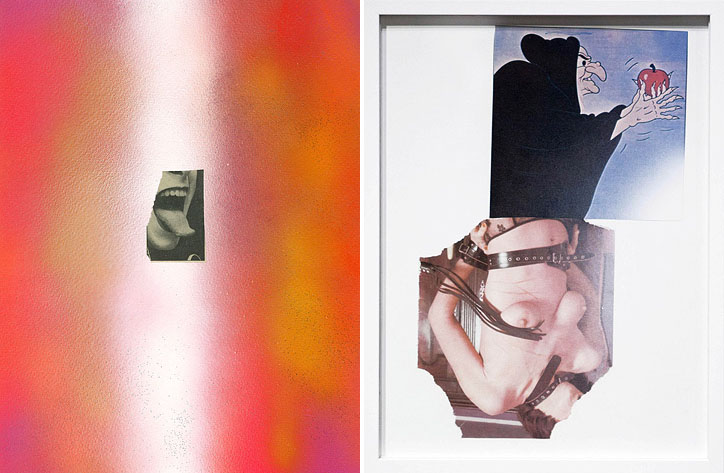 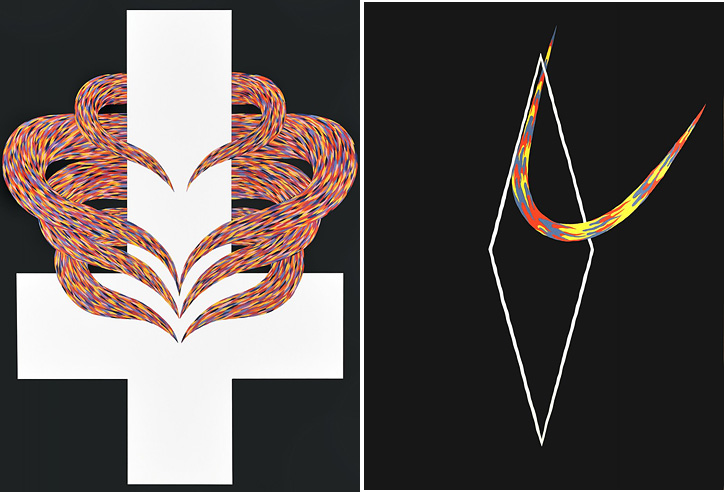 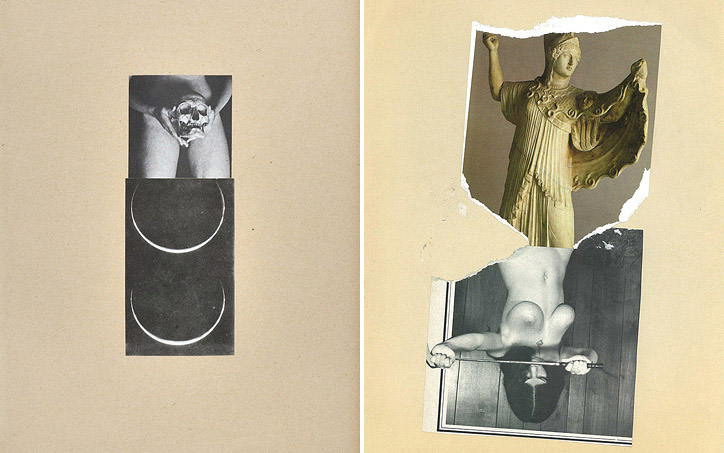 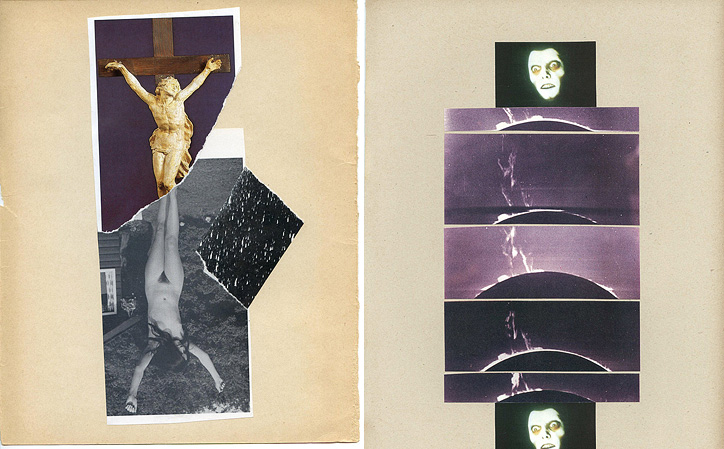 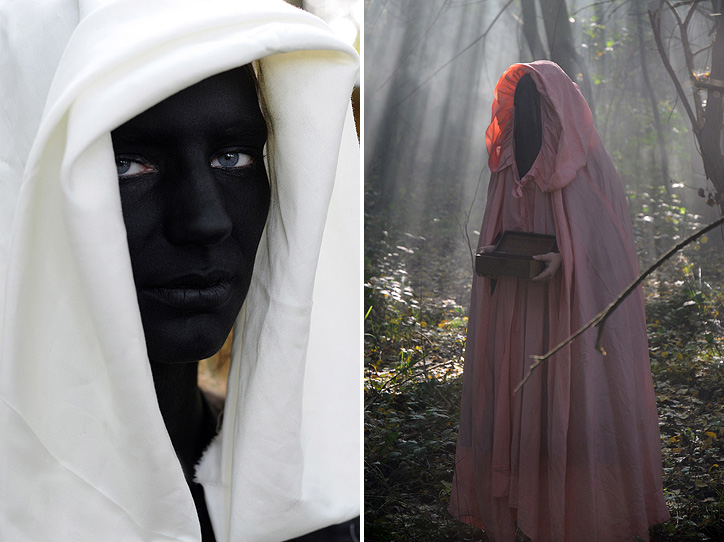 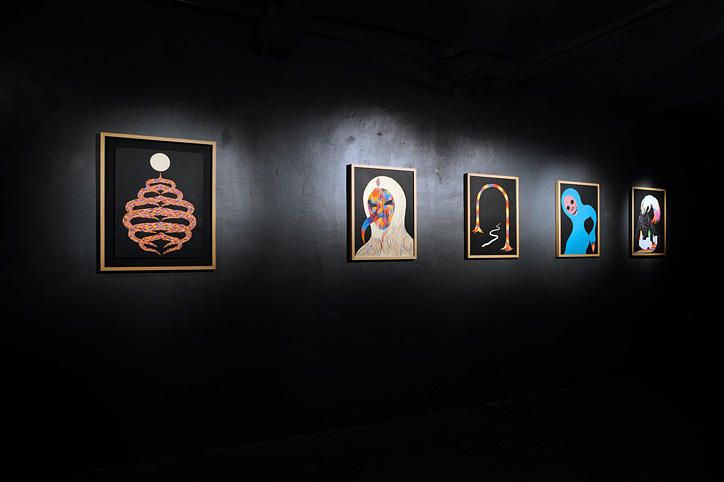 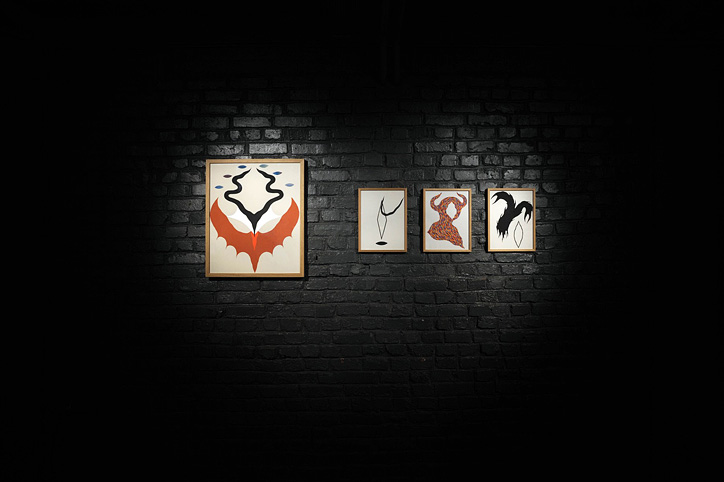 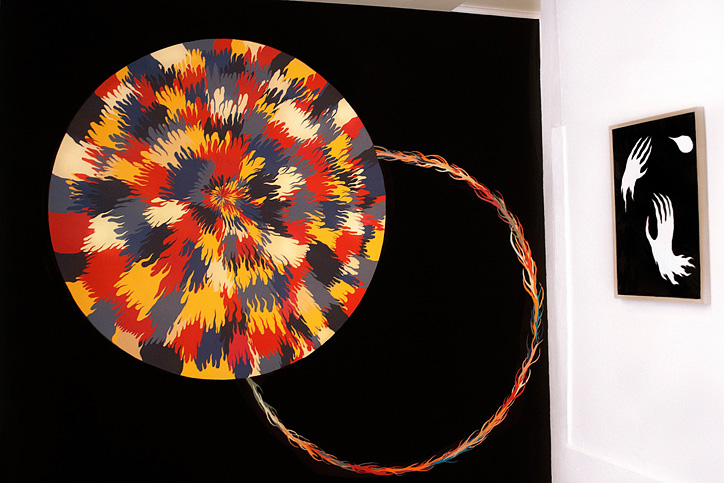 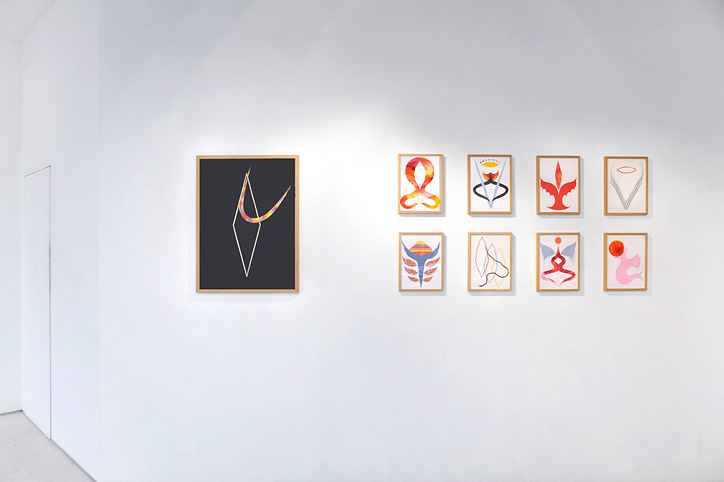 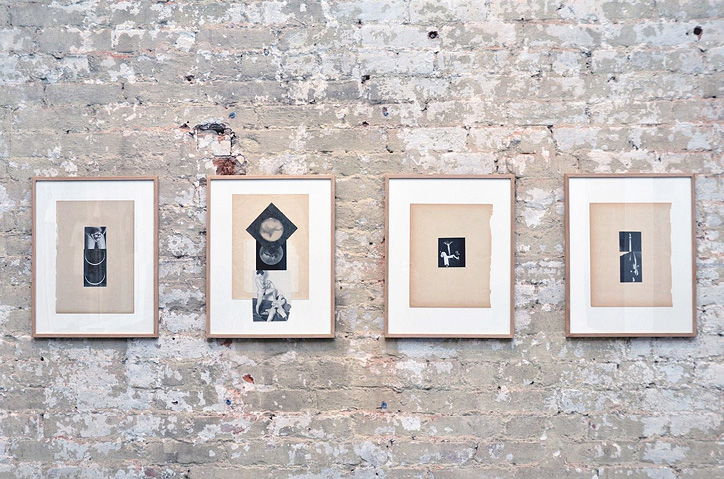 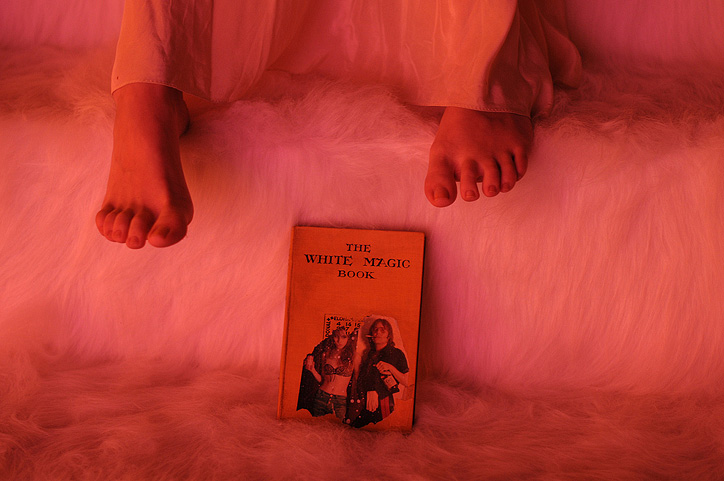