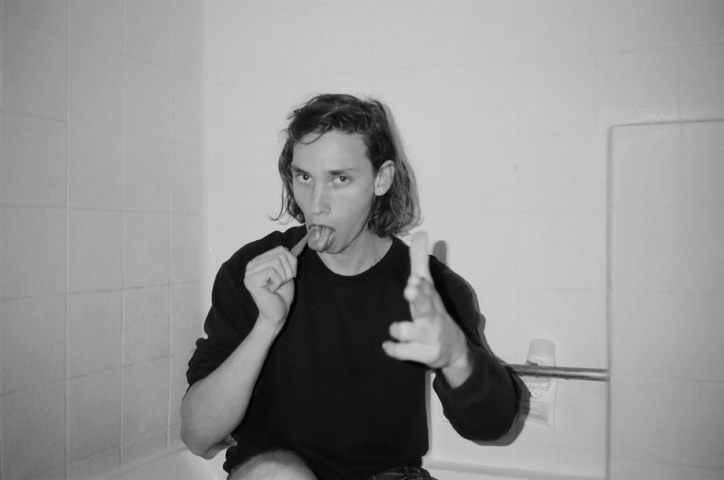 He might ask for rides and beds in his Facebook page, he might be that blond Californian skater born to be a troublemaker of schemes. He might be all of that, but in unanimity he also is a director, a photographer, an artist and a main man in a band. Now, after twenty-seven videos published online with the post-punk, down to earth aesthetic that explores the truly human side of us all, Julian Klincewicz is unstoppable. Between his major collaborations and his passion for traveling, there is a sweet kid that aspires to be able to buy a brand new house for his mom one day.

How does it feel to be Julian Klincewicz?

I’d imagine it feels a lot like what it must feel like to be any other human being seeking connection to the world around them… It’s a mixed bag… Most of the time it feels utterly crushing. There are also times when it feels incredible.

By the way, how is your mom, Christy, and the rest of the family dealing with your well received work?

My mom is really proud, and I think my sister and the rest of my family are too. Everyone is really supportive and excited.

Director, photographer, artist, skater, main man in a band… How would you define yourself? How do you manage to perform all these activities? How do you find a balance?

Thanks, it sounds more impressive when you guys say it. I just want to make things, and explore something in a way that can hopefully be interesting to someone else, while being engaging at the same time, and be meaningful to me – “does it help?” I start to feel really crazy when I can’t be making things…
Generally speaking, I don’t really define between mediums in a very concrete way. Like, when I try to imagine a project, it’s usually spread out through everything I do. I like environments – a song on guitar I can see as a video, which in turn could be translated into stills or photographs to tell the same story in a new way, and become writing which could become symbols or colors or a book or anything… Everything is a natural extension of the others for me. It’s not so much a matter of balance, as it is of finding fluidity between everything.
I really like to dance, I’d maybe consider myself a dancer of sorts. Or strive to be one anyways. I’m not too worried about defining exactly what I do; I hope I can be free.

At the age of 13 you started transcendental meditation. How did it help you, professionally speaking?

Hmmm, I don’t know exactly. But I know it’s helped me as a person beyond measure. It helps me feel grounded and to have a clearer thought process, a clearer idea of what it is I need to do. It makes the crazy go away.

Twenty-seven videos and one same aesthetic: a post-punk down to earth cut. How would you describe your own style?

Oh, thank you! I think mostly my work revolves around multi screens – showing a number of different motions/objects/places that can relate or juxtapose one another. At least that’s a something I think about a lot.
Maybe also people, I’m really interested in people’s faces – trying to find that moment where someone looks truly human.

Could you say that there is one Julian before the Vimeo plus account and another one after it? Was it the turning point or the real beginning? Or was Gosha Rubchinskiy truly responsible?

Two Julian’s? I’m sure there’s more… Ultimately I wanted to make videos, and I just thought, "if I pay for a service to publish my videos, it will really push me to make videos…" Like renting a studio space or something – I have it, I’m paying for it, so I better make the most out of it.
Working with Gosha has helped me develop so much both as a person and as an artist, and I’m so grateful to be able to work with him and the people that surround him. I think it has also gotten people to look at what I do with more interest, given me a wider audience, and given me incredible opportunities.

It is known that you use VHS for your films because the camera was a gift and back then you didn’t have any budget to afford another one. Now it’s your personal signature in the industry. Will you (re)consider changing that in the future?

I always cringe a little bit when I see “lo-fi” associated with my work, but it’s okay – in a way it’s true, but it also sometimes misses the point. I would love to work with 16mm film, and recently I want to do something with mini DV, but right now I have what I have (a VHS camera), so I’m going to make the most out of it, and see if I can do something interesting or new (or hopefully both!) within the existing limitations of it.
At this point I am very comfortable with VHS though, I know what to expect, I know how to work with the quality in a way that I like, so it allows me more freedom than working with HD might.

How would you describe the relationship between your Panasonic and the fashion universe?

When I film, I try as much as I can to be just an observer, without being too intrusive (though sometimes it is necessary). Just to see what is going on, with an understanding of what it is and equally with total naivety… I think at times it can feel a bit voyeuristic. I think this voyeurism also allows for a more personal experience though.

You’ve collaborated with some of the most remarkable professionals of several industries. How was the recent experience of collaborating with Kelsey Brookes, for instance? What do these collaborations bring to you, and what do you have to offer them?

Working with Kelsey is great. He is one of the most inspiring and interest(ed/ing) people that I know. I collaborated with him to do one of the videos for the release of his new book Psychedelic Space. For this video, I tried my best to show some of the structure/process behind what he does. There’s one part in the video where Kelsey’s hands are mixing paint colors (left screen), and on the right side of the screen, iPhone photos in quick succession pop up – this is a reference to how he derives his color pallets, a subject that is explained in the book. So that’s an example of something that’s more thought out. Other stuff is in there just for fun – I think there needs to be a good balance: between well thought out reason and fun/play.
In collaborations, I try my best just to understand what the people I am working with do –like Gosha or Kelsey– and then to build upon it in my own way, that will at the same time stay true to their vision.

Who will you quote as your inspirations?

“Careful if you bear your soul, careful not to bear it all”, Patti Smith.
“To be with art is all we ask…”, Gilbert & George.
“This is water”, David Foster Wallace.

How does a Californian skater survive in Japan or in Russia?

In Japan, with Onigiri. And in Russia with KFC & Granola bars. And anywhere in the world: on the kindness of strangers (or “grit”, some would say.)

Maybe in the future it will be easier to find you in South America… Tell us about this specific travel desire you have.

Whoa, you guys are well-researched! I really want to visit Patagonia to do a photo project with instant film/writing. I’d love to visit the southern tip of Argentina too. I want to see the glaciers. Recently, I’ve wanted to visit Brazil. I have a friend in Chile, Alberto, who is a sculptor/designer, I’d love to visit his studio and collaborate with him someday! Maybe go on a motorcycle trip. The jungle seems inviting.

What are your conceivable aspirations before you turn 25?

Mmmm, there are a million things I’m striving for. I’d like to have my own collection; to show an exhibition at Team Gallery in NYC; I want to buy my mom a new car and her own house; I want to direct a film; to work with people whose work I admire and respect… I want to make good work – I think that’s something that will be an eternal goal. 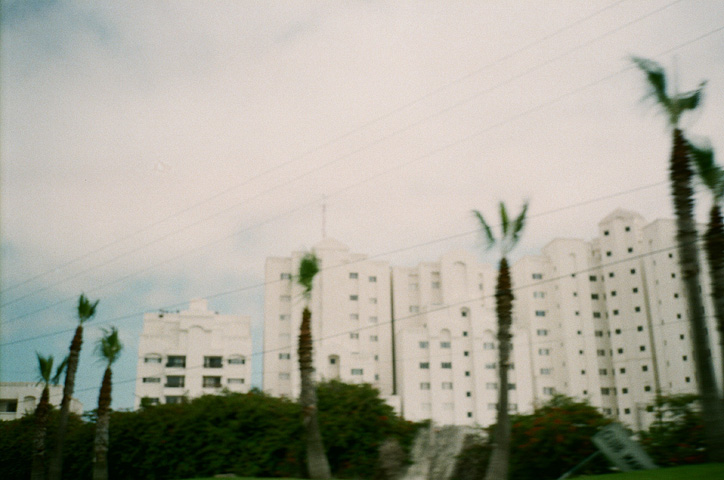 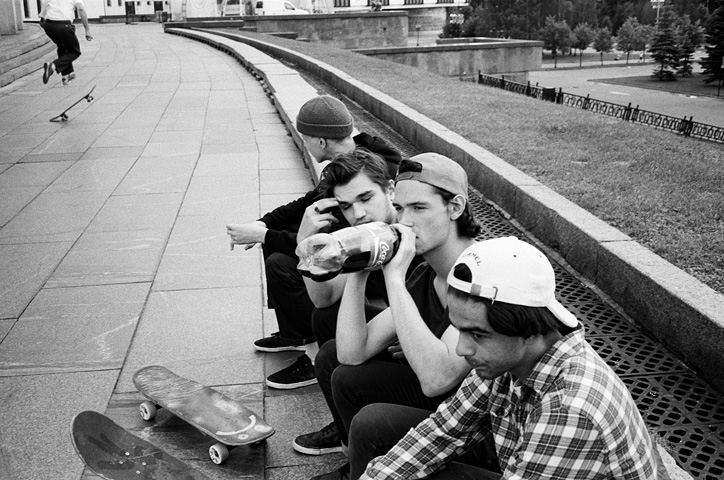 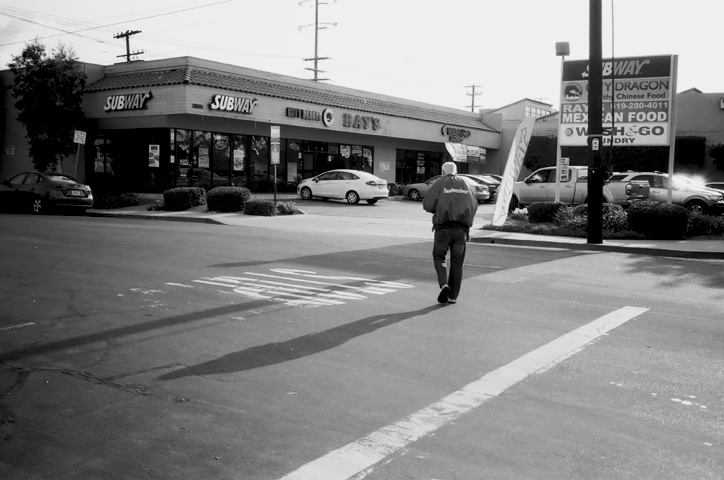 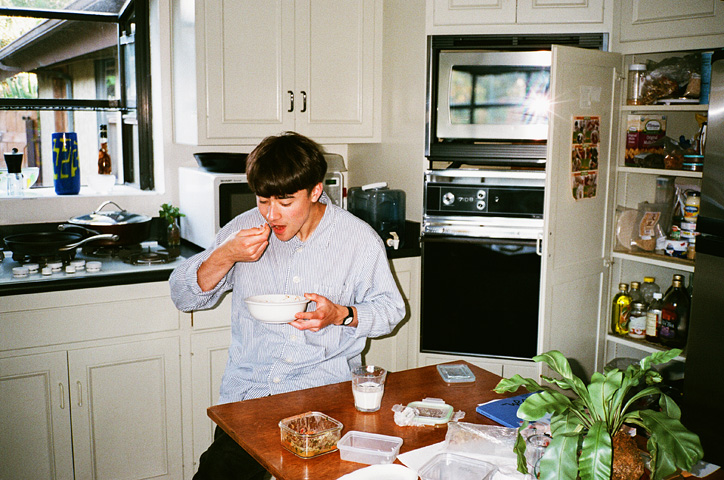 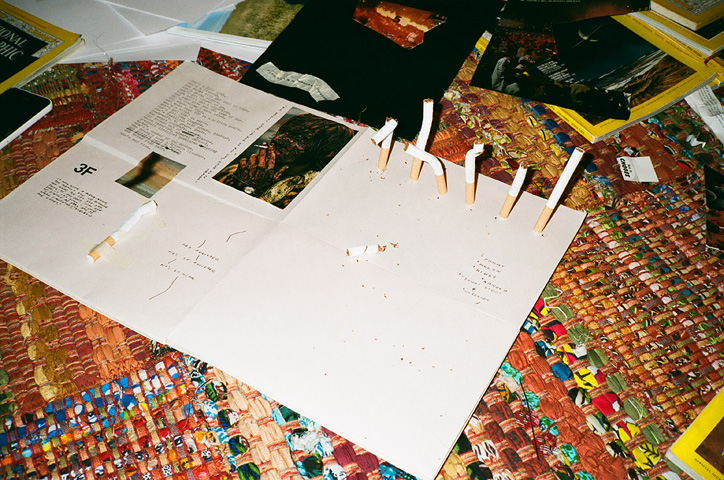 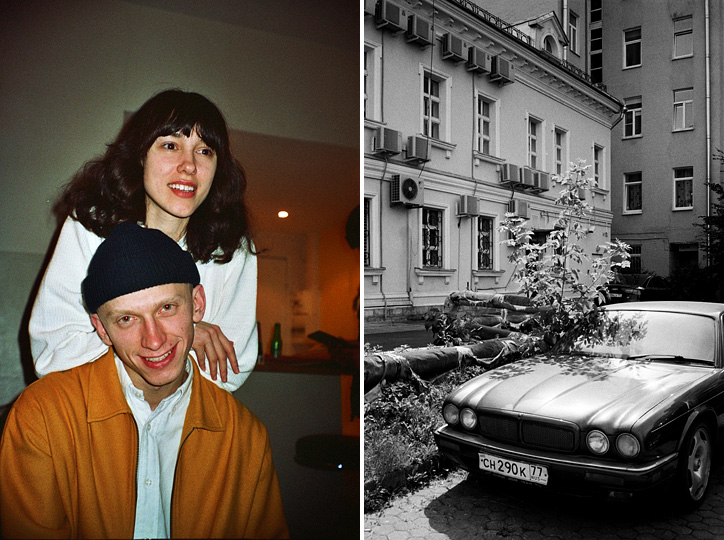 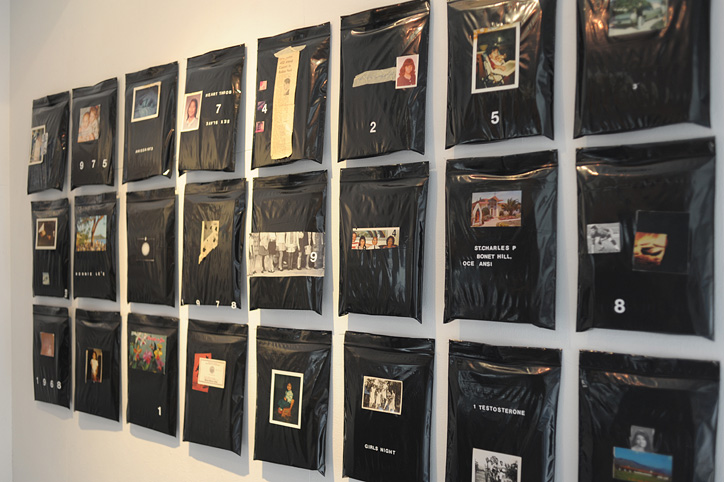 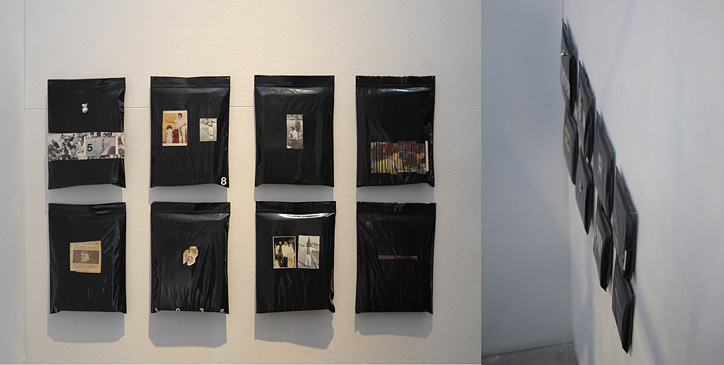 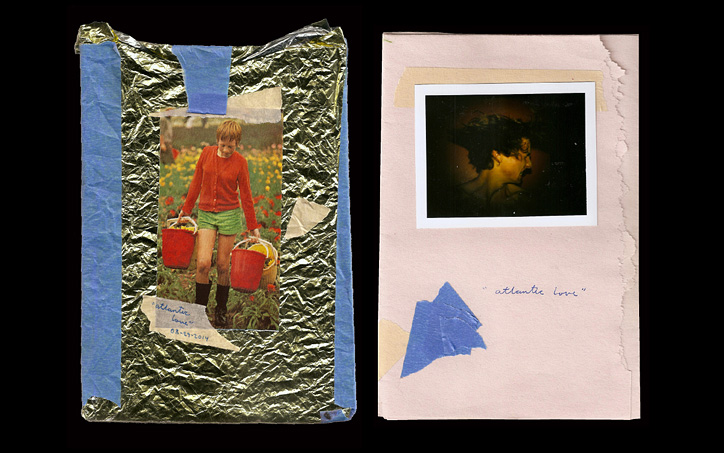 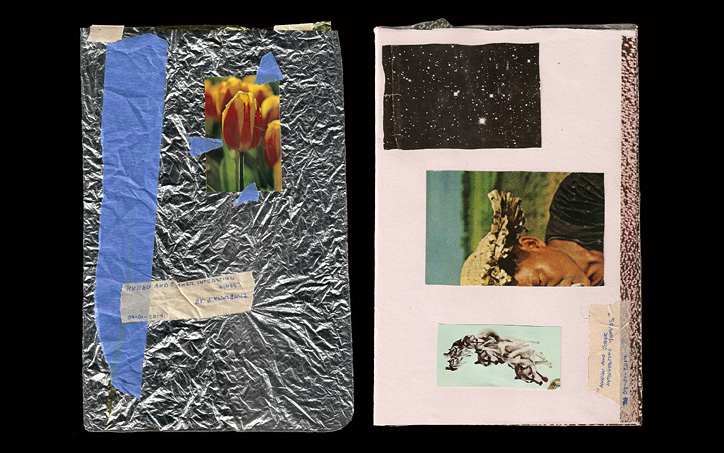 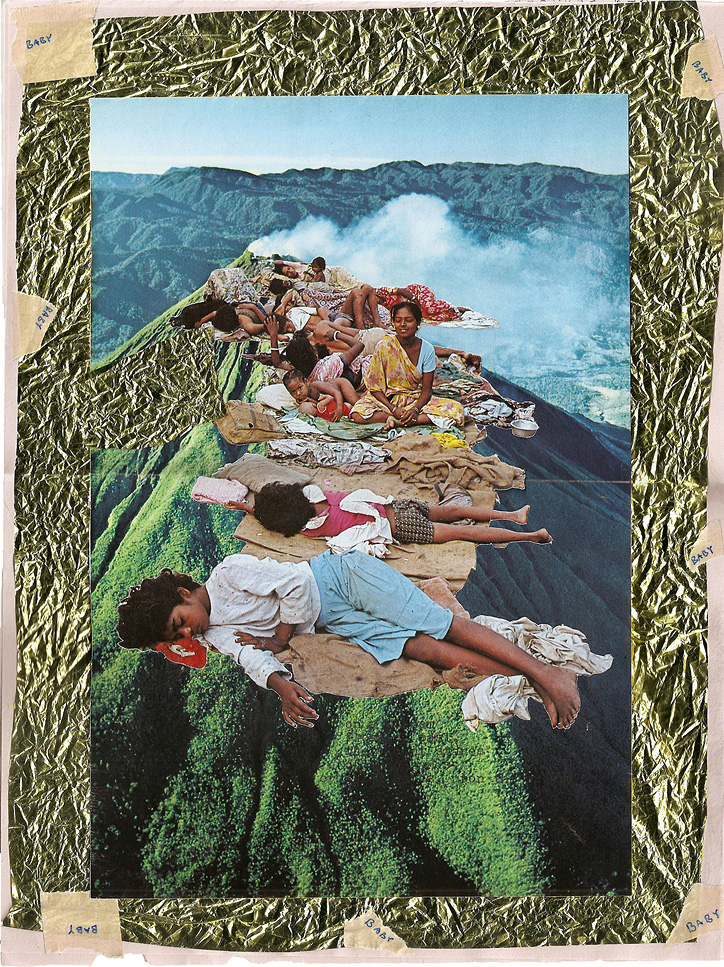