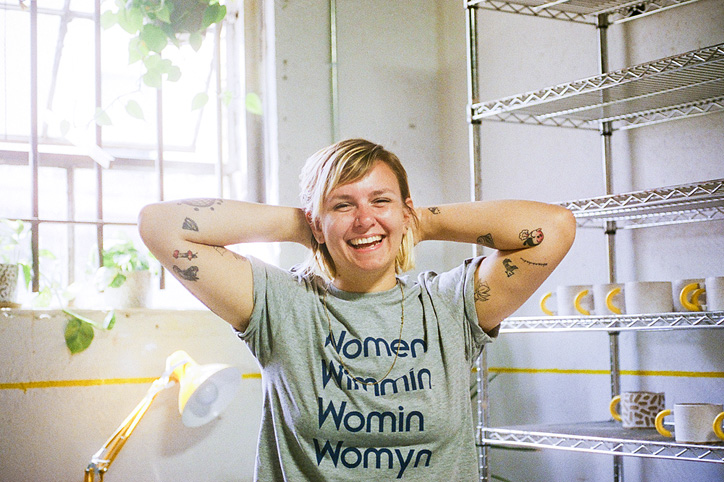 Josephine Heilpern is the creative engine behind her brand, Recreation Center, a function-meets-design ceramic studio. Pulling inspiration from her printmaking and sculpture background, the 29-year-old Brooklyn based artist combines practicality and design to create beautiful objects.

Tell me a bit about yourself. Where are you from, how did you become involved in the arts and ended up at Cooper Union?

I was born in New York City, but my family quickly moved to Woodstock, New York, and then to Buenos Aires, Argentina. I returned to New York City on my own when I was 14 because I wanted to go to an arts high school, knowing that it would be easier to get into a decent art college program. When I got here I found out about Cooper Union. I don't think I would have gone to school if I hadn't got into there. My financial situation was difficult and the idea of a somewhat free education was very promising. I work very well under pressure and the application process alone was super intense, especially for a 17 year old that had to juggle high school and a job. While I was there I tried to take as many different classes as possible. Cooper differs from other art programs because it is interdisciplinary. I took a lot of print classes but was able to use the medium in installations, as well as drawing and painting.

So how did you become involved in ceramics?

Right after school I needed to get away. The city was bringing me down a little and I was finding it hard to find a job and I was sick of interning. A professor at my school had some land in upstate New York and a friend of mine worked and lived there. They were trying to get the farm running, so a couple of people were invited to come stay and work. At night, after hours of weeding, planting and taking care of the animals, we would go to the onsite ceramic studio. My friend taught me how to throw. Most of the dishware on the farm was made there and it felt so awesome to not only be eating the food we grew, but also to eat it off of plates that were made there as well. It took me a couple of years to really process these thoughts, but when everything resurfaced again it helped me understand that I didn't want to make ‘art’ anymore. I wanted to make objects that were used everyday and that were affordable.

How does printmaking translate into sculpture, especially the sense of 2D becoming 3D?

On a day-to-day basis I am a production ceramicist, meaning I go to my studio and basically make the same objects over and over again. The process of repetition is interesting to me, especially when thinking about man as machine, a feeling I have about myself everyday! Printmaking is similar. You can spend years creating an edition out of an image; your body goes through the same movements in order to create a set of images that look the same. It's similar for me in the studio, my movements become machine-like. But even though having come from a print background, I do embrace the differences between each piece. I have made thousands of Rubber Dipped dot mugs, and knowing that each one is a little different from the next is nice to me.

Who are your influences, print-wise and sculpture wise? How do you come up with the designs both 2D and 3D?

Being the age I am, I know the Internet has influenced me the most. The abundance of images and visual stimuli has absolutely influenced my aesthetic. I see too much everyday, but because of that I also learn a lot. I look at a little bit of everything. I love Home Depot and dollar stores and have found some hugely inspiring objects at both places. Brancusi and Bauhaus influence my shapes, while Memphis Group and Studio Alchimia influence my patterns and color choices. I try to keep a sketchbook, but usually start it and give up after five pages. It's so much easier for me to just sit in my studio with some clay and figure it out. For the most part, I just have an idea and try to remember it, and then that usually doesn't work out but something new will come of it.

What is your process like? How long does it take you to complete one piece? What materials do you use?

Ceramics is a long process with a lot of waiting. People always ask how long it takes, but it's actually impossible to answer. There are so many steps. In order for me to make one mug, I have to make one hundred because it all comes down to filling a kiln. That can take several weeks from beginning to end. All my work is made from stoneware, but I also love to use industrial rubber.

Do you work in series?

I try to work in series, but I have a line of work that is very well received and it's hard to steer away from it.

What is the next project for you?

The only project lined up is to keep making more items for all the stores I work with. I am hoping to do dishware for a restaurant soon as well.

How do you feel about adding function to an art object?

The functionality of an object is important to me. But functionality is also relative. Art serves a social function and a decorative function. Everyday use of an object is what excites me, objects that serve a very specific and necessary function. I also don't think that what I do is make art objects. Objects become art because of where they are on the value scale. High monetary value is not what interests me. The difference and borders between art, craft and design is something I think about a lot, where my work fits in. In the end, I just want what I make to be enjoyed and used, I don't want it on a pedestal. I think once we start calling objects art they become precious and once they are precious people interact with them differently. I want what I make to be used everyday. There is nothing that gives me more pleasure than receiving a photo of a mug in use in the morning.

What are you listening to right now?

My music taste is really broad, I listen to a lot of classic country but I also love pop music. Anything I can sing along to. Bob Dylan has always been a favorite. I love electronically made music. I also listen to a lot of podcasts and audio books, especially when I'm in the studio trying to not focus on all the work I have to do. Right now I am listening to all of Chopin's Nocturnes, but that's not a usual listen for me, I was trying to get rid of a headache. 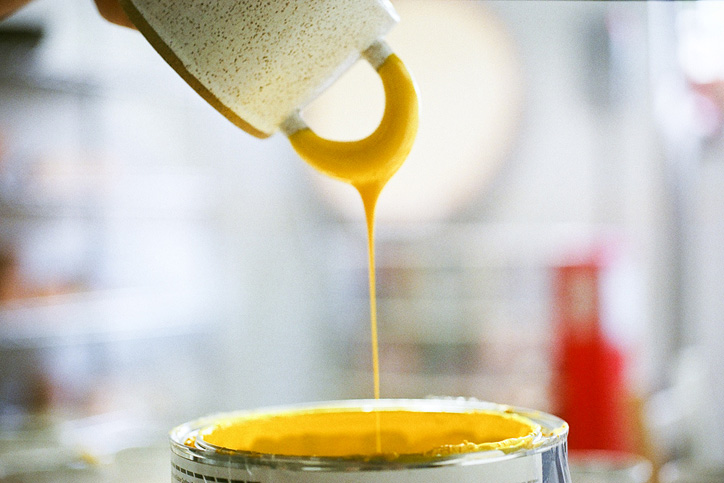 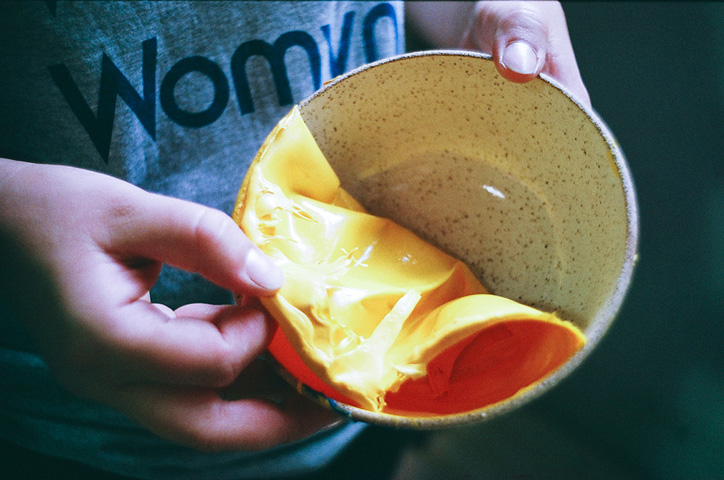 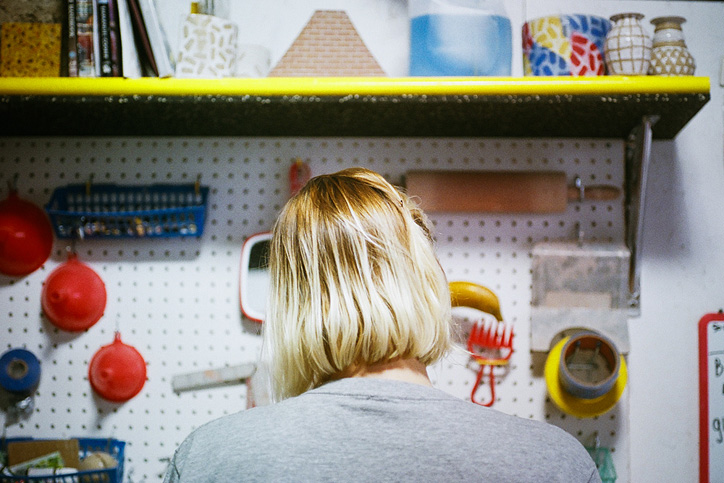 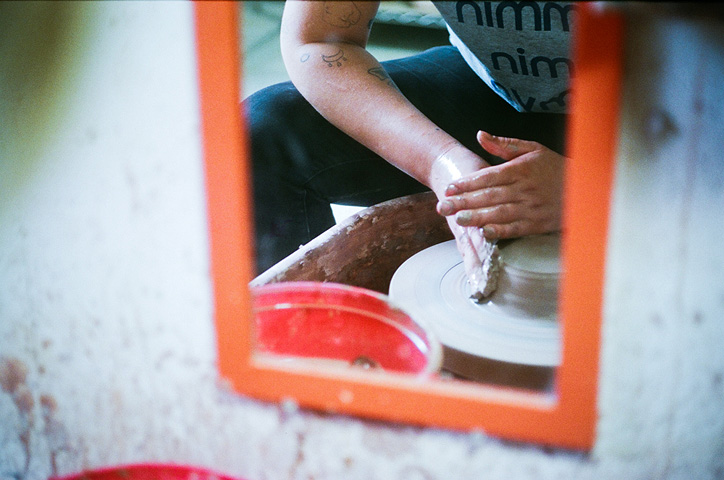 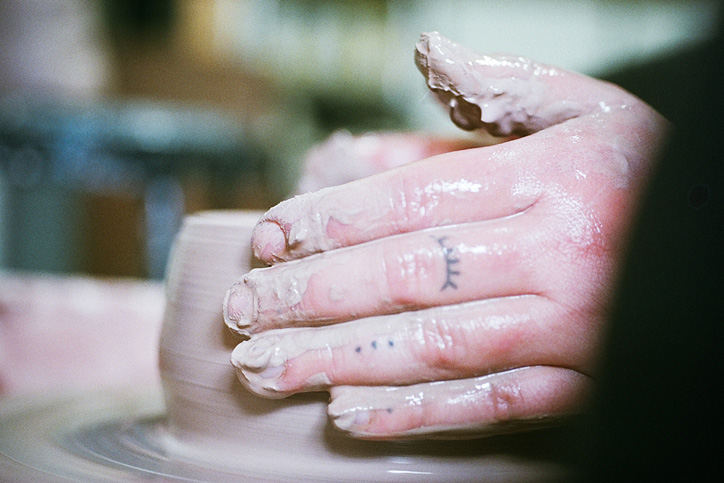 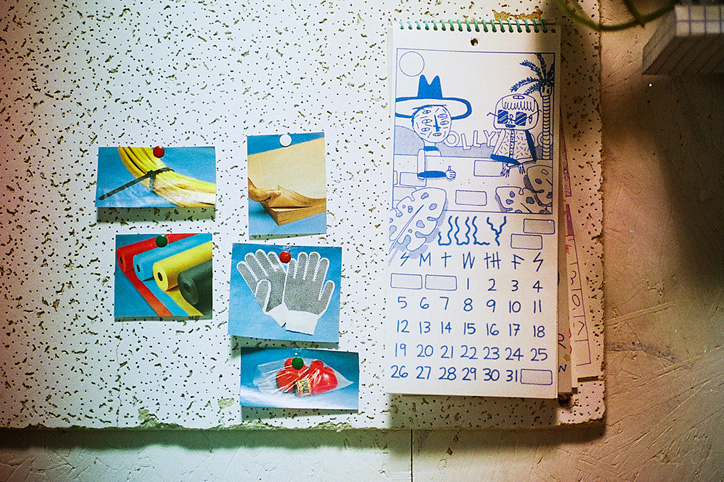 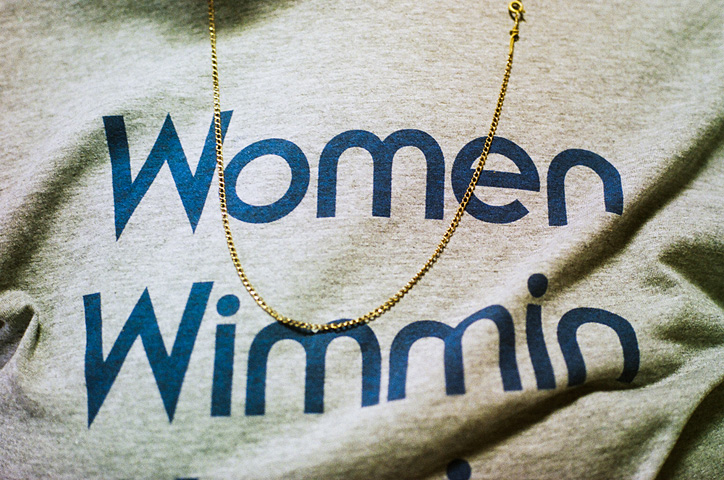 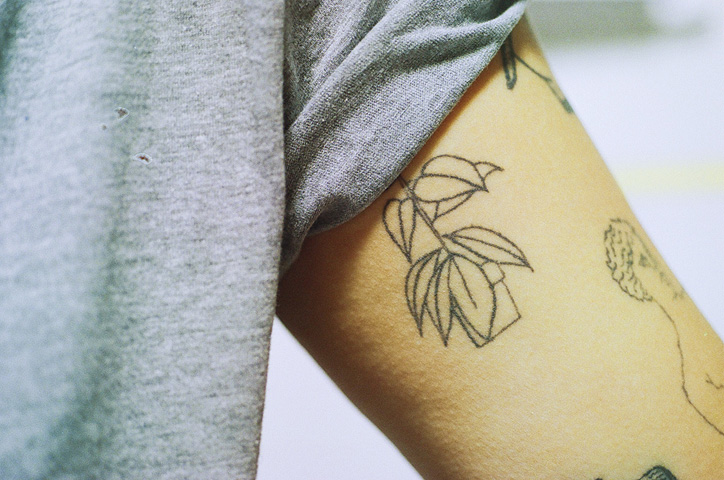 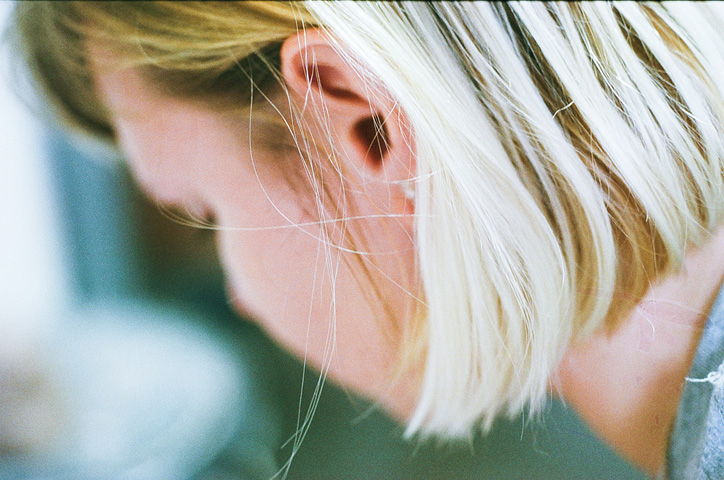 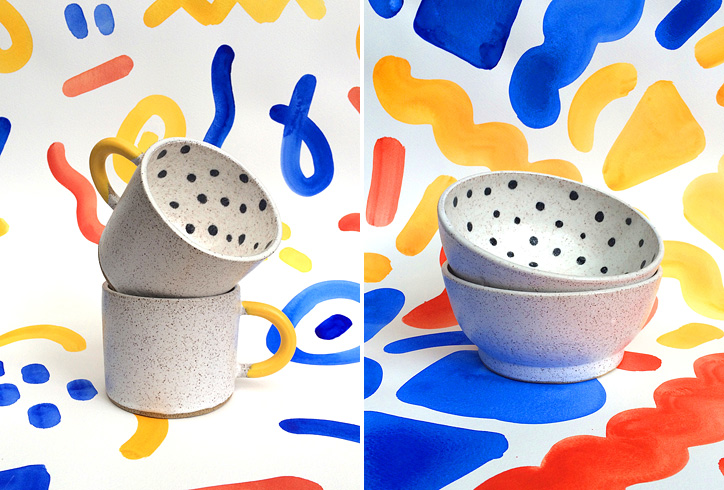 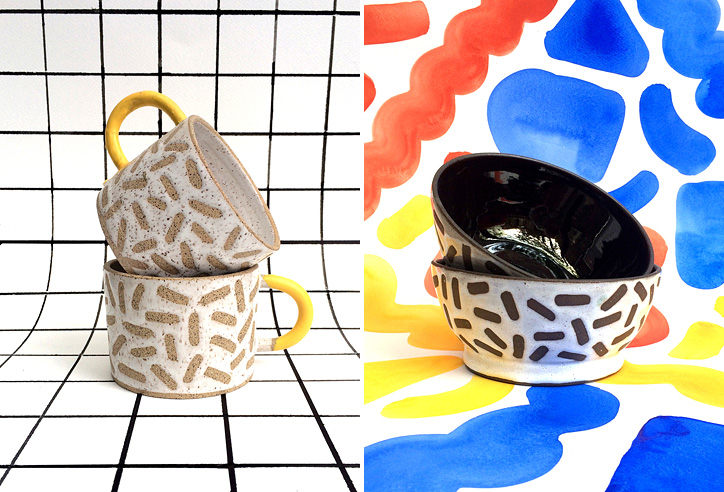 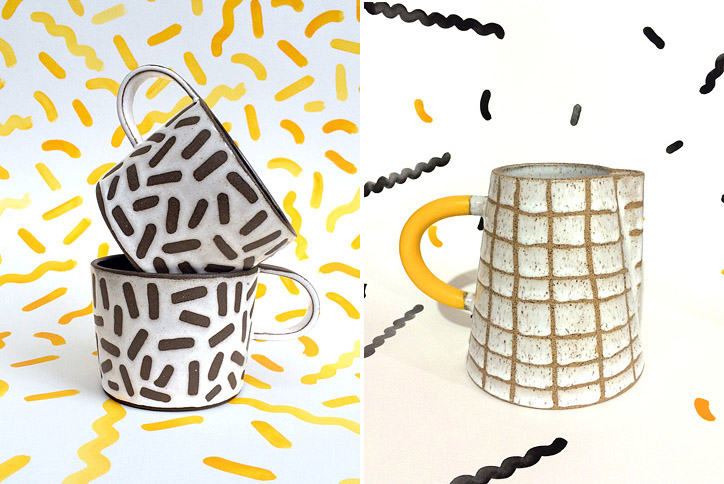 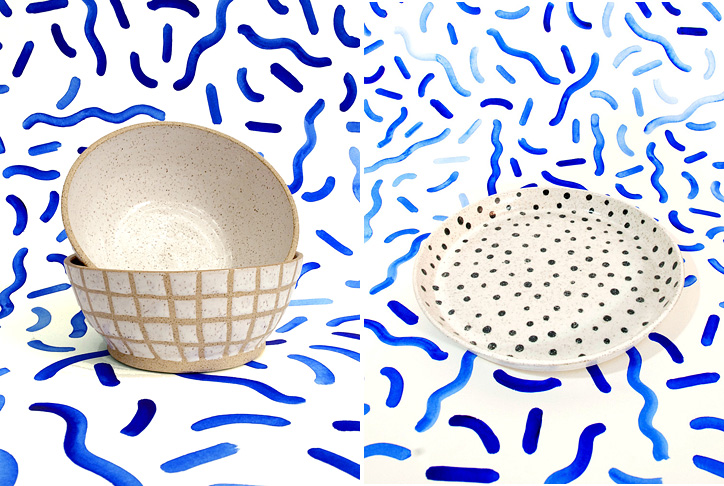 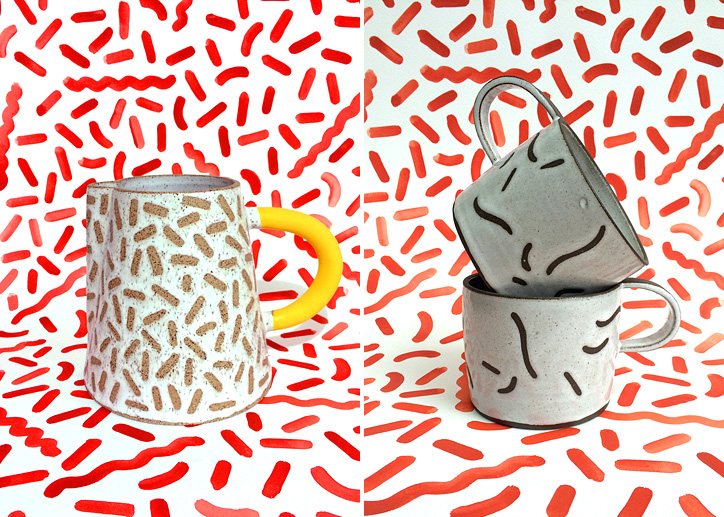