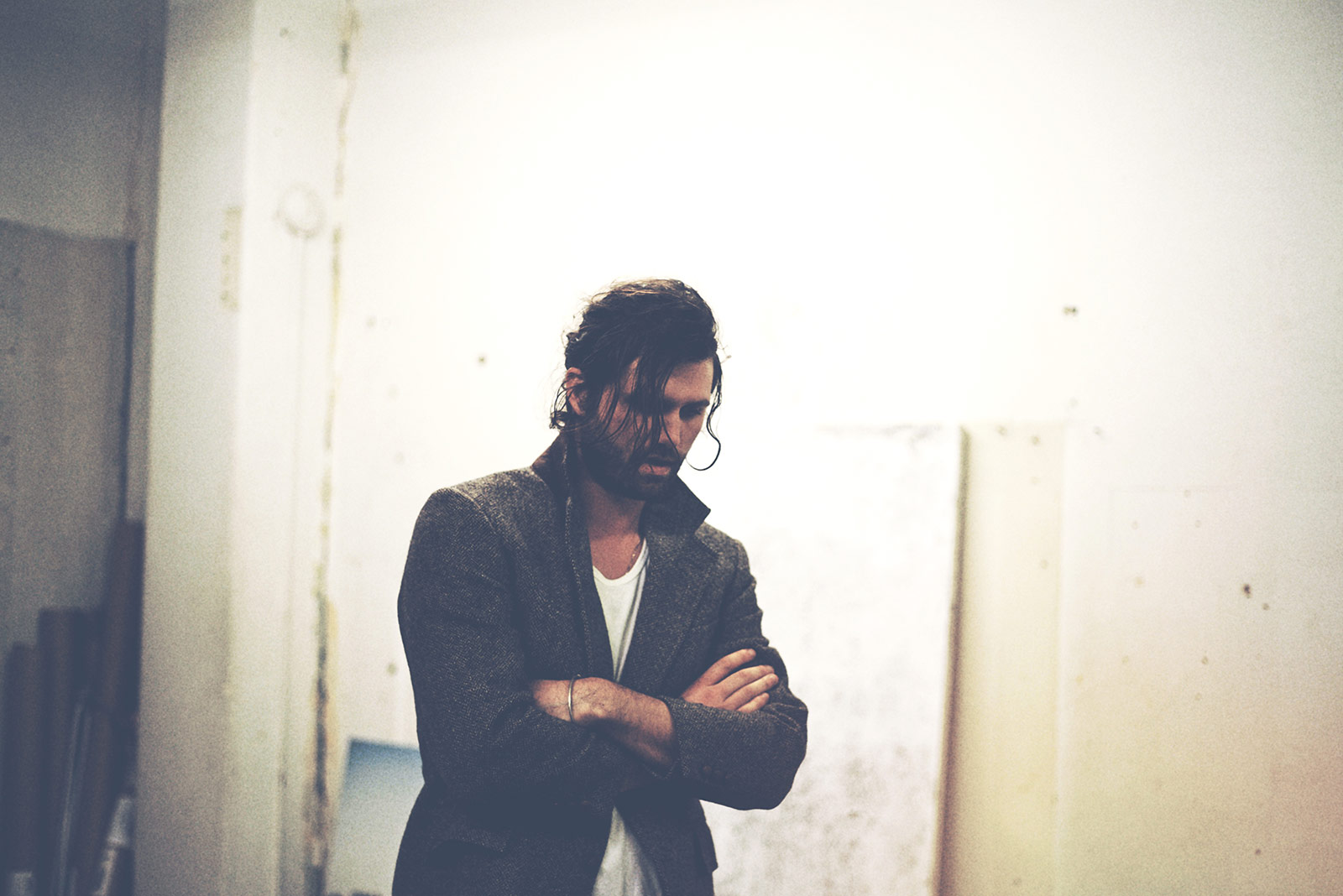 He looks around, investigates patiently, comes round and keeps on the lifetime journey. He is a hunter of sensorial experiences and these vague, misty places where life grows – which might be impetuous and destructive at times, and blooming and graceful at others. Jordan Sullivan does not try to spread any particular message through his art, he just accomplishes to reach a spiritual level, and a “form that might articulate the space between people, places and things,” as the man himself explains. This LA based artist declares Art is the daily oil he needs to be alive, and he expresses it through a wide range of mediums. Actually, despite the fact that writing is his dearest one, he drifts from photography, to sculpture and painting. He is currently working on a novel about how the new forms of communication through humans are evolving. “Trying to paint a picture of the soul.” This is Jordan Sullivan.

Tell me about yourself: how your childhood was, where you grew up…

I grew up in Texas, Indonesia, Ohio, and Michigan. It was a middle class upbringing, and I went to a catholic school, but everywhere we lived was completely different. In Ohio we lived in a small rundown town, in Michigan we were in a suburb of Detroit. Both were grey and cold. That weather never leaves you. Since we moved around so much, I developed an inability, for better or worse, to attach myself to places and even people. It’s something I still struggle with.

So has your background influenced in some way the personal approach of your work?

This lack of attachment that I mentioned has helped me move fluidly between different mediums – at least if I think of ideas and mediums as places I visit and revisit but only temporarily. That said, I don’t really have a message or anything to say. I am more interested in creating something sensory or experiential. It’s kind of like traveling or moving around in that way – you visit a place, look around, take it in, then move on, and maybe someday you by chance find yourself somewhere you have been before. Generally, I like to keep moving, to find new places, create new experiences.

And now, after having lived in Brooklyn, you recently moved to the luminous L.A. What are the most significant differences you have noticed between all these places?

I’ve lived in all these places at different stages in my life. I spent my twenties in Brooklyn, and these first two years of my 30s in L.A, so it’s hard to compare them. More than the differences, I’m interested in the fact that no matter where I go I can’t get rid of myself. I think I’ve tried, foolishly, to do that, or at least reinvent myself, but it never really works. My friend TK Webb has a great line in one of his songs. He says, “We spend so much time becoming just what we are…” and that’s definitely true.
But to touch on your question, the differences between American cities is becoming slighter and slighter now. We live in an economy that is making it more and more difficult for people to stay put, especially artists and creatives. So many cities now are cross-pollinated with people from everywhere that it’s sometimes hard to tell the difference between L.A and New York, at least in regards to the creative communities in each city. 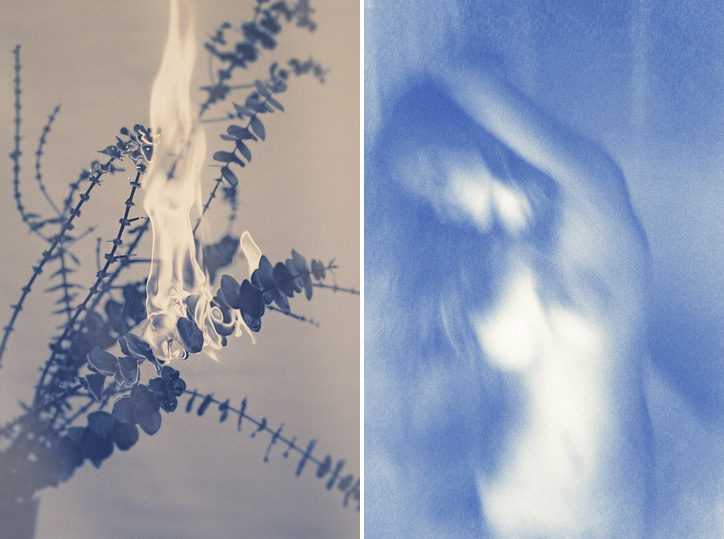 Could you tell me something about this new area where you live? Something that unsettles you? And another aspect that really grabs your attention?

I live near Skid Row in downtown LA and it is really tragic what is happening there. The homeless population is at an all-time high and the city needs to figure out how to help these people and accommodate them, not push them out. I fear downtown will become a playground for rich people like New York, and the sick, the poor, the deranged, the helpless, and the derelicts will all be forced into an even more unfortunate situation. Aside from that, there is a history downtown that is very beautiful and it can be felt in much of the old architecture, which I hope is preserved as the area develops.

If you don’t mind classifying yourself a bit, you are a photographer as well as a writer, a traveller, a visual artist. How would you describe yourself?

Did you have any big, quite impossible to carry out dream when you were a kid?

I wanted to be a dinosaur.

Your work evoques a sense of melancholic, peaceful and utterly sensorial feeling. Do you first feel attracted by some particular material and then figure out the connection with your final piece, or is it the other way around – the specific idea fosters the used materials?

I work from an emotional place, so that usually dictates where I want to go and what materials I want to use. I’m trying to paint a picture of the soul. I’m looking for the spirit level, and for a form that might articulate that space between people and places and things. Perhaps because of this I am drawn to used, abandoned, uncommon, and discarded materials – things that have history, and things such as dirt from which life grows.

Your last exhibition was called “Celestial Railroad”, and two recent projects were displayed: “The Burial Cloud” and “An Island In The Moon”. While in the first one an intense letter throughout letters and assemblages is exhibited, “An Island In The Moon” showcases a poetical constellation of images and objects… What has been the most rewarding outcome of each project?

An Island In The Moon is an exploration of form versus formlessness, and this exhibition allowed me to really show that, because the gallery space is so expansive. The best part of The Burial Cloud was alleviating my mother of this secret she had been carrying around.

What can you tell me about the curatorial projects that you are running?  Among others, 205-A, the gallery and curatorial project which organises documentary photography exhibitions and publishes limited edition books.

I founded 205-A with the photographer Aaron Stern. We are publishing a new book of photographs and poems very soon. The 205-A project is generally focused on group exhibitions and group photography books. It’s been a way for us to bring photographers together, but also to study photography and learn about various photographic worlds we aren’t a part of, such as the conflict photography show we curated with the photo-journalist Sebastiano Tomada Piccolomini, called “A Form of Love”. This show really was a crash course in conflict photography for me and Aaron, and it was a great experience to get out of my world and sort of explore this whole other place where these photographers are risking their lives everyday. 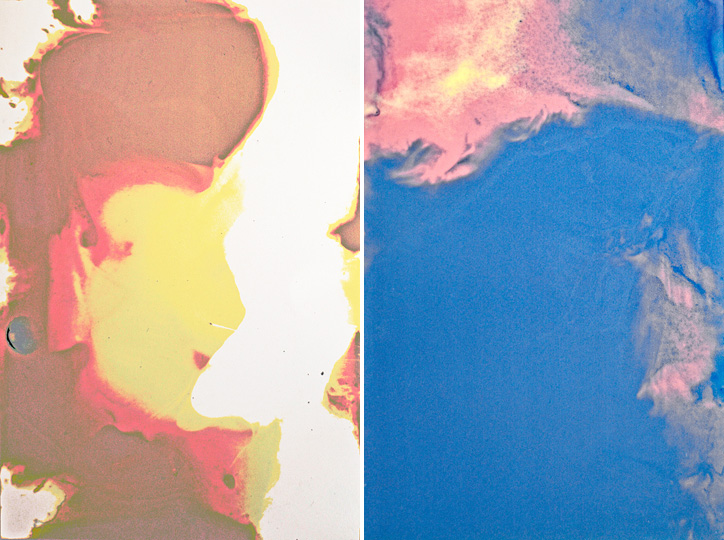 When I saw “Patterns of Survival”, I was amazed by the ethereal sense of the colour. Could you explain a bit further the meaning of this photographic work?

Patterns of Survival is a phrase I first saw in the caption of a topographic image of a landscape. The image was from an ecological study exploring life-history characteristics of various animals within a particular region. Much of my work revolves around narratives of survival, so I carried the phrase with me over the years. Art-making is this thing that keeps me alive, and the Patterns of Survival pieces, which are photographs which I have damaged with various chemicals, are expressions of this nebulous place where I exist, where the soul exists, where life is messy, violent, and beautiful.

Does the working process of each project differ a lot from the others?

My projects start and progress so randomly. My inspiration is like an absent father – it’s never there when I need it, so I sort of float between a number of projects at once. One thing I know is that I carry things around in me for a long time –emotions, concepts, words– before I know what they are or what they will even become, and then in a minute it all coalesces. In that instant I know this project will envelop me for the next year or so. The moment of recognition is always very quick, it’s like this shadow figure inside me is all the sudden revealed.

You seem to work quite comfortable in a wide range of mediums, from photography, to painting or collage… What inspires you to use one or the other?

And what about writing? Is that the one that fulfills you the most?

Writing is my first love. I am working on a novel right now, in fact. Fiction is where I can explore the connections we have with one another, and how we communicate through sex, friendship, love, and hate, and how our forms of communication and connectedness are evolving and devolving.

Could you answer these questions without thinking twice? I want an instant, true response. What is your biggest weakness?

What is luxury for you?

What is your current state of mind?

Somewhere between fear and hope. 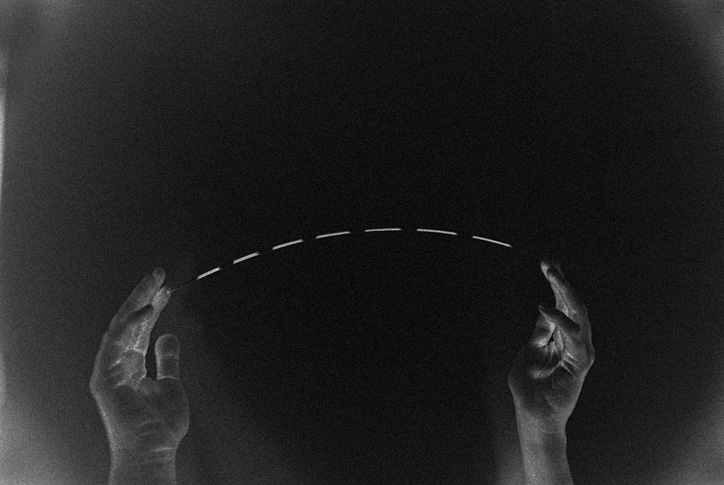 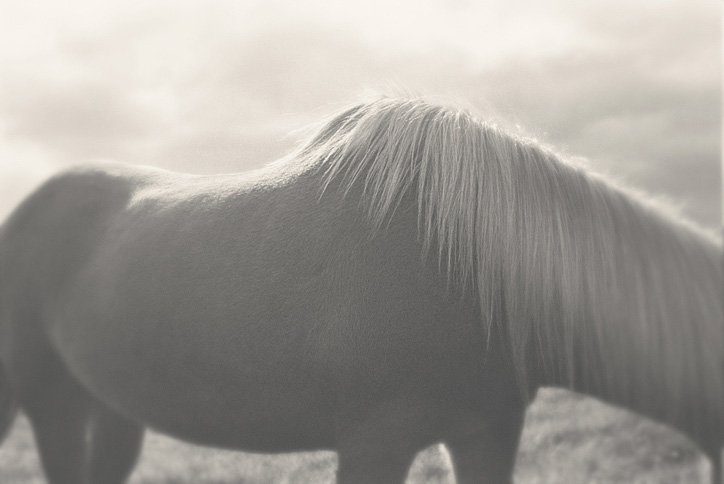 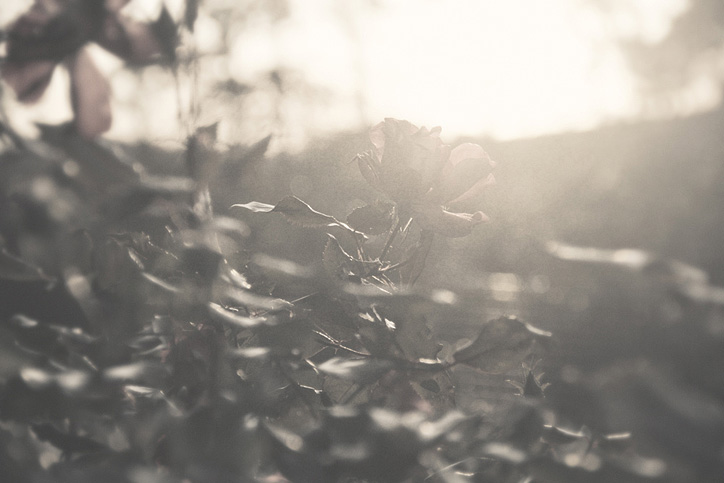 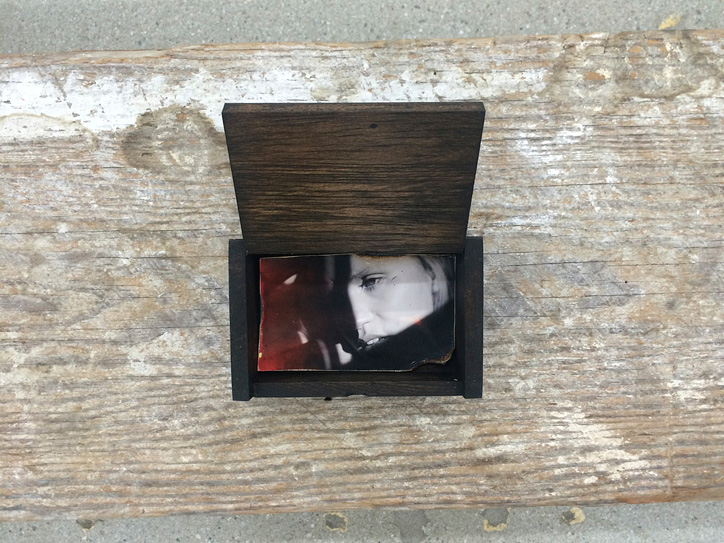 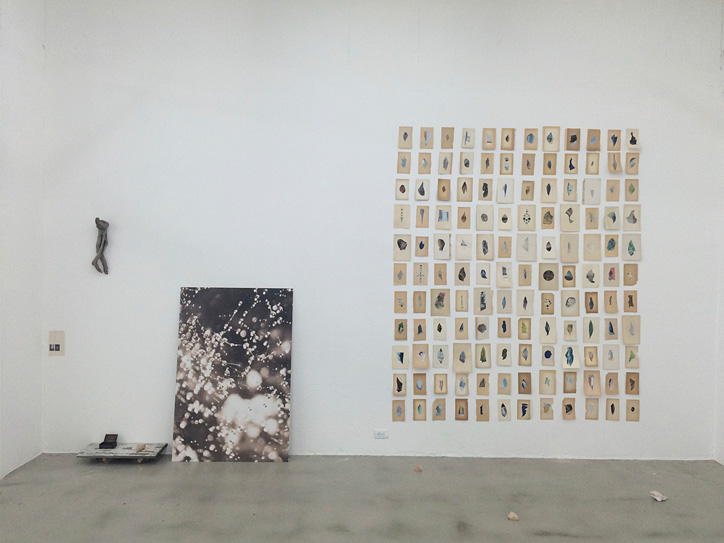 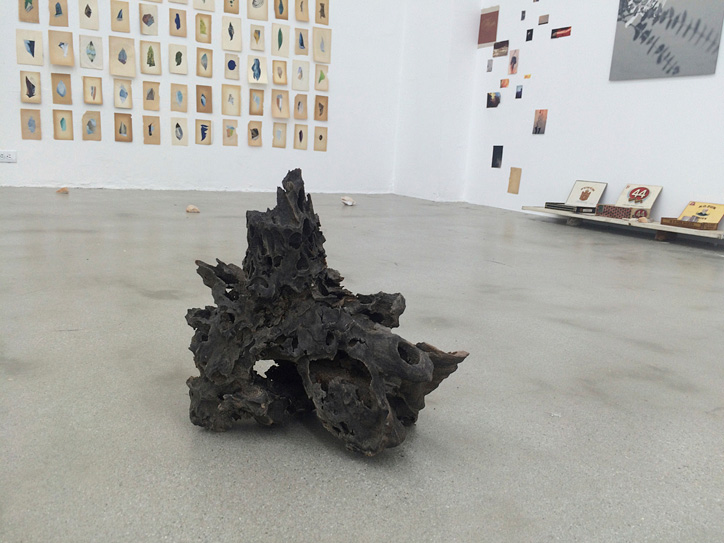 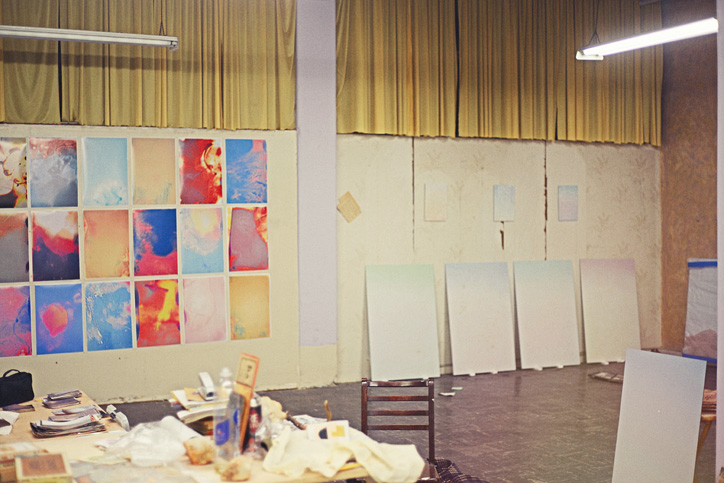 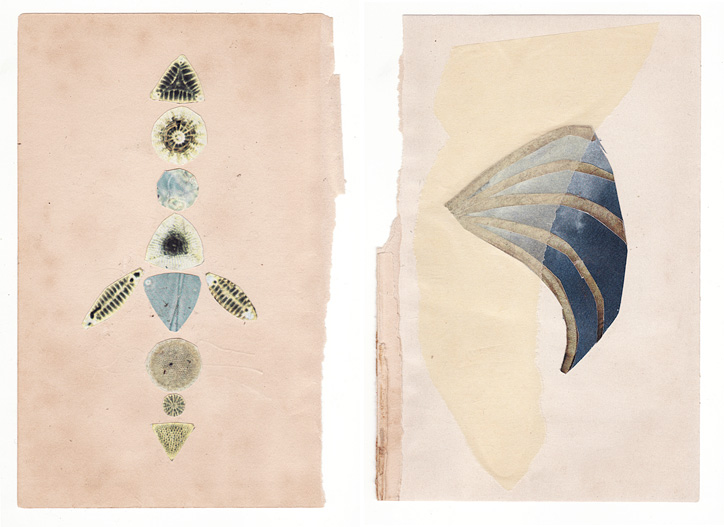 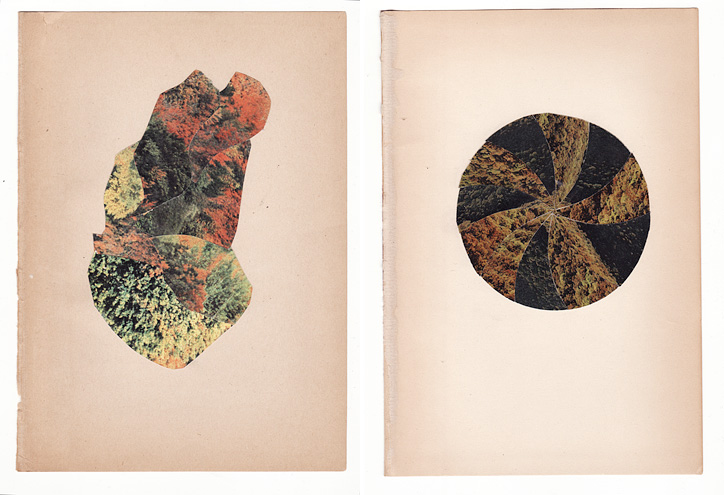 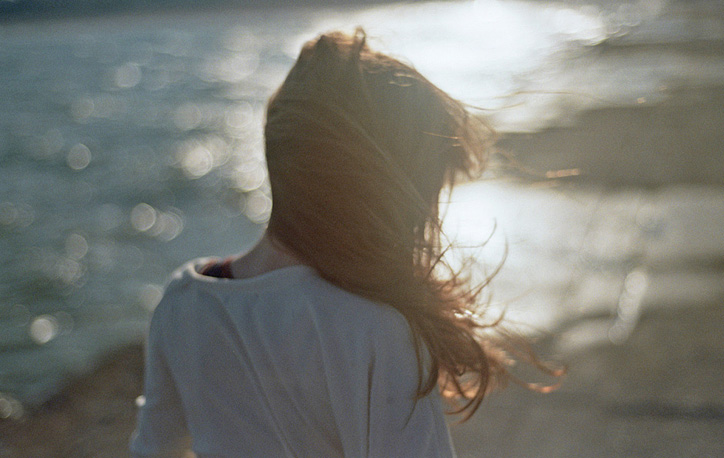 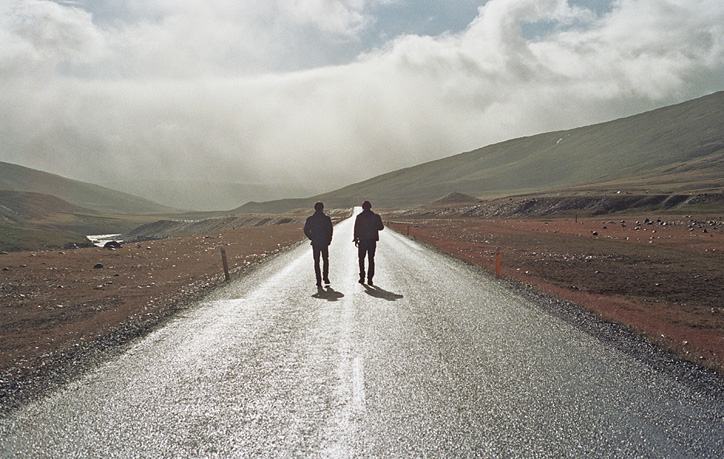 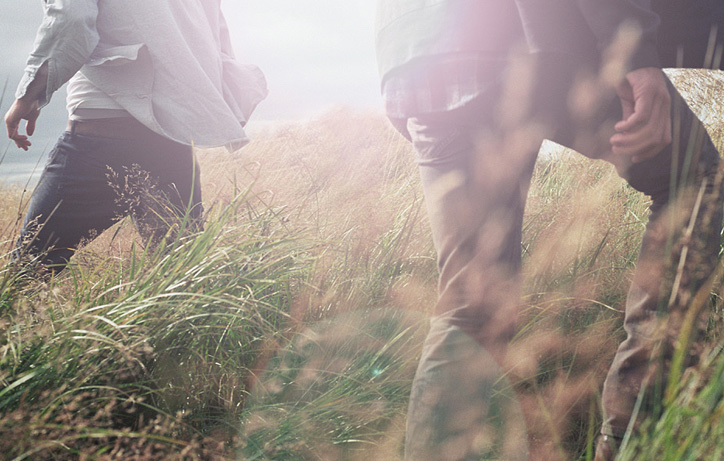 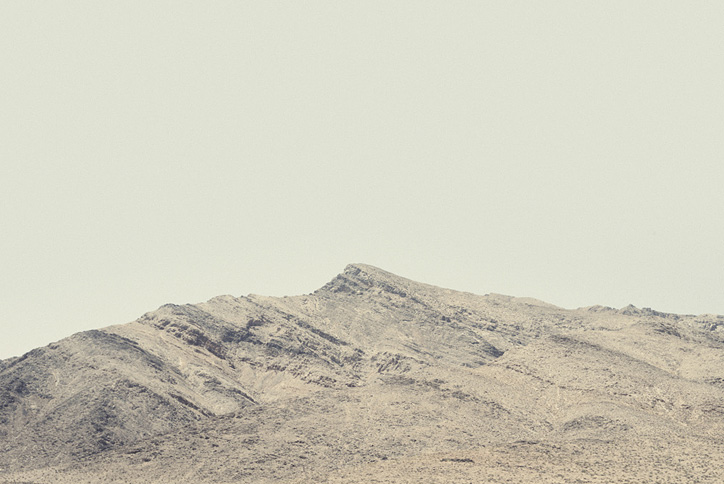 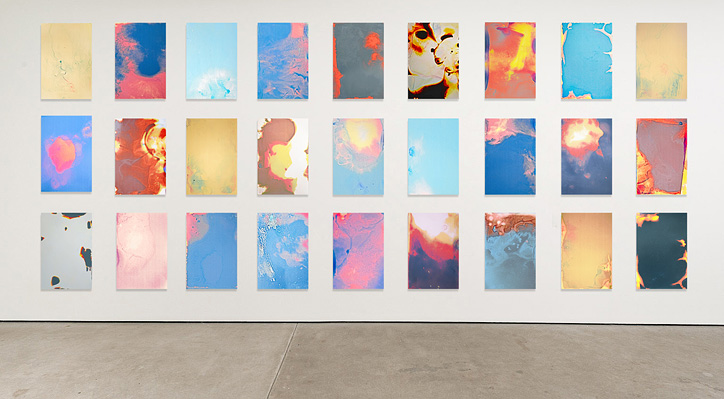