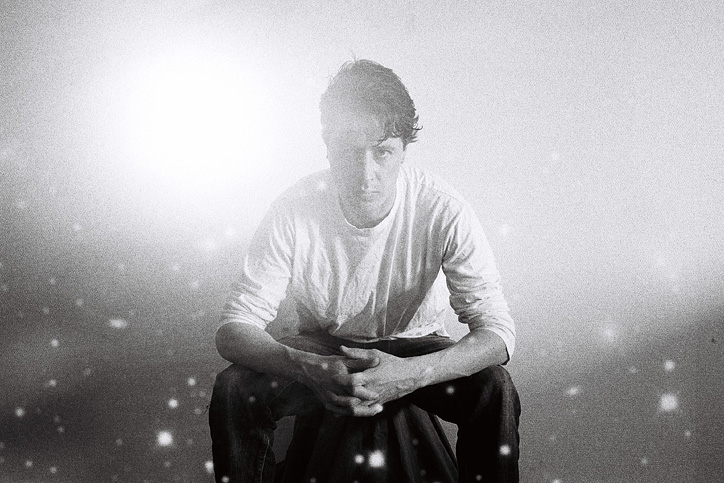 Johann Bouché-Pillon is a tour-de-force of artistic expressionism. Despite being relatively new to the photography scene, the artist’s work has been featured in such publications as Vice, Dazed and Standard Magazine. Johann’s ethic is both dynamic and instinctive; drawing inspiration from the real, virtual, fantastical and transient to create a hyperreality where what is real and what is fiction blends seamlessly.

In an interview with METAL, Bouché-Pillon discusses all of his eccentricities, from his performative method of shooting, to his anxiety-inducing images to his utopian/punk vision.

I grew up in a pretty wild area of France, a natural park in Bourguogne, before moving to Lyon to study industrial design and visual communications.
Five years ago, after finishing my studies and working in the design industry for a while, I moved again - to Paris this time, where I began to apply all the previously acquired skills to the arts; I haven’t looked back since.
Recently, it’s been the photographic medium that has allowed me to expand the field of aesthetic experimentation, and that has made certain ambitions possible (thanks to the ease of use of the tools which facilitate note-taking and intervention within an ever-changing environment).

A lot of your photographs can be characterized by their prominent use of colour yet others are more muted are subtle. How would you personally describe your artistic style?

The results of my research are closely related to my experiences and my identity. I try to instinctively choose between themes that are provided to me: the family/couple, decomposition, proliferation of images and information, instability, transience, screens, confinement, the superficial, movement, mutation, violence, imbalance, money, the virtual...
I summon the real through the use of documentary as well as fantasy and fiction; this is then fed back in a confrontational manner within the shot. The results are quite varied and are delivered either with brutality or a in a more refined, iconic way.
I would say it is this use of a wide range of media (painting, drawing, performance...) and ideas during the creative process that characterizes my work.

In previous interviews you have stated that the performative aspect of photography is important to you, how so?

Regarding performance, it’s more of a playful activity featuring everyday consumer objects and/or recycled materials (cardboard, plastic bags ...). These raw materials are sometimes transformed, constructed or deconstructed before the performance; more often than not, they are composed directly on the body of the model, giving everything an air of haphazard. This activity, which requires a considerable physical implication from me as well as the model refers to attitudes promoted by Fluxus and Arte Povera - by the use of objects which mirror the banal and that cause anonymity, blurring identity.

Where do you find inspiration for your art?

So far I have created in an instinctive, natural, even impulsive manner (the register of psychoanalysis is ever-present), without worrying about the constraints imposed by such and such fashion, trend or movement.
It is only after, depending on the result obtained, that I appeal to an effusion of classical references (instagram), (often sarcastic) winks to cinema, painting, history, politics, literature, places ... all in all, inspiration comes once the action has already been made; the honored guests are invited to the table once the feast is over.

What feelings are you trying to evoke in the viewer?

I would like to cause doubt and uncertainty, if not anxiety. I like to question the role of the individual, what his field of action is in a society where points of reference are becoming more elusive. In the uneven flow of images that I produce, some are detrimental, pointing the finger to malfunction. Despite everything, it's a certain theatrical pessimism that I aim to see; it is the nuances of the picture, and not the subject, to which I add tar. To put it in the words of Jacques Derrida, it is a haunted picture that I put forward, an image that gives pride to the spectra.

There is a surrealist edge to your photography, how do you go about composing such images?

This part, concerning in particular the B & W pictures, is an attempt to appropriate the unrepresentable concept of space and time. For this, I use the various screens that surround me, by employing offensive and abstract techniques, such as the appearance of white holes or light-tunnel effects evoking other dimensions, or replacing the human face with the vertigo of the infinite, the interstellar void. In short, a position in the universe a little more modest than the one we usually aspire to.

From which project have you felt most satisfaction?

So far, there hasn’t been any specific project far more satisfying than another.

What are some of the biggest challenges you have faced as an artist?

I was talking about serving an ideal, it is quite difficult as an artist. As such, to position oneself as a documentary reporter, or even a creator of a fiction that allows to re-inject a note of blur, of randomness ( I want to say of “cool”), but remaining at the same time loyal to a commitment - that seems to me to be a good challenge.

In a time where the internet is so saturated with images and new artists, how do you ensure that your work stands the test of time and does not become obsolete?

I honestly don’t think about that - I'm a producer of images, of immaterial, gratuitous and ephemeral work, among others today. I have both an utopian vision, as I do not think the future is necessarily chaotic or a “non-place”, and a little punk - which drives me to launch my scream into the abyss of the era without worrying about its future echoes.

Is there a certain theme or subject that you would like to explore but have not yet had the chance?

Yes, I would like to tackle certain themes that are important to me, but I must first define what form they will take - the reportage is certainly the most interesting, but it could be interpreted as science fiction or anticipation. I would particularly like to present certain subjects from society in an original way, and to be able to express, even without being an expert (and this is where the artistic aspect becomes interesting), their commitments and plans for the future.
I’m thinking of Alain Cavalier’s film, Pater, where there is this form of “kidnapping”, both creative and participatory, of a domain (in this case the political field, with its codes, etc ...) in order to appropriate it and become proactive, without (I repeat myself) necessarily being a specialist.

What is the most memorable feedback you have been given from one of your projects?

How do you see your style evolving over the next few years?

Ever since I adopted the photographic medium two years ago, the results have always come from a single continuous experience: the daily life, the challenges (overcome or not), commitments, research, it is this body that forms the final work. It is a timeless and hard- to-categorize method, but one that suits me, which has been integrated into life itself - so far I have not felt any weariness and I hope that this way of working is sustainable and will continue indefinitely. 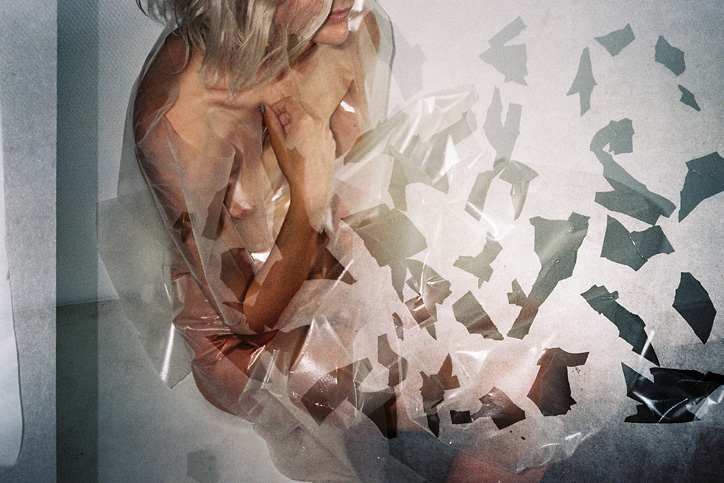 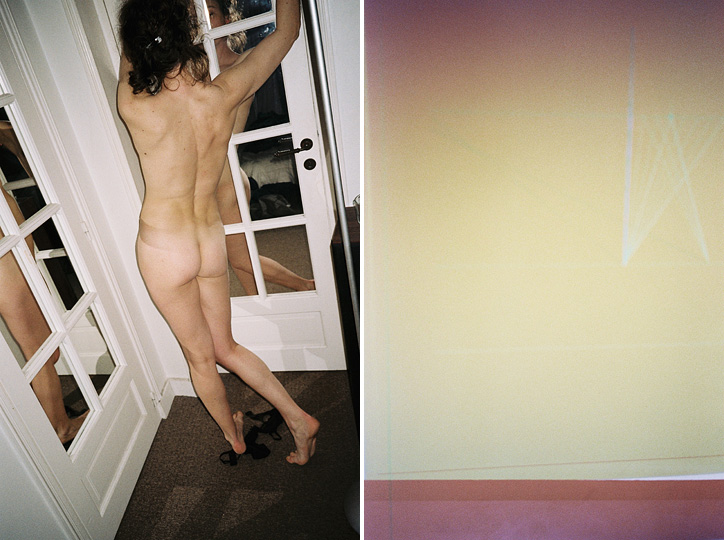 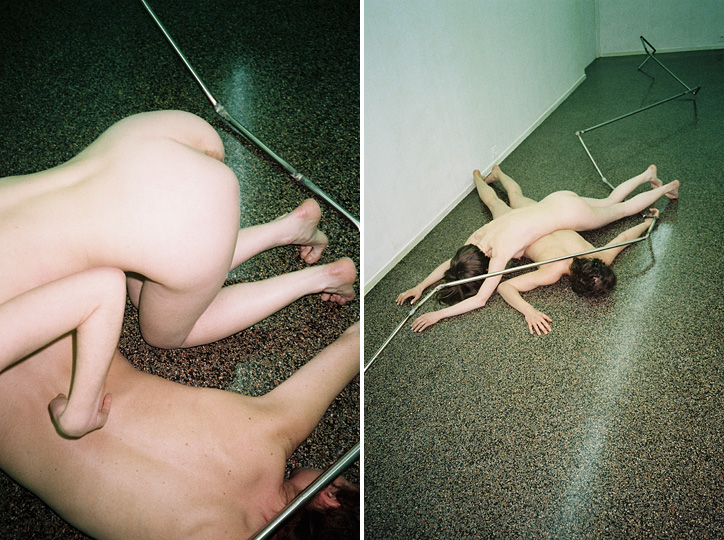 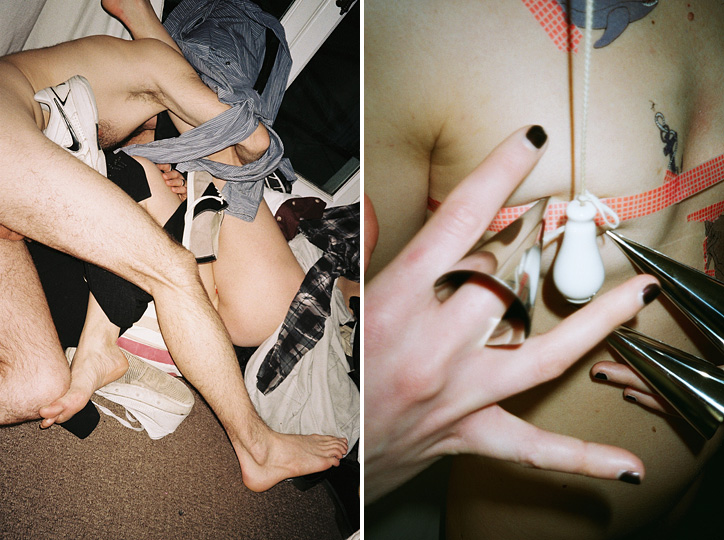 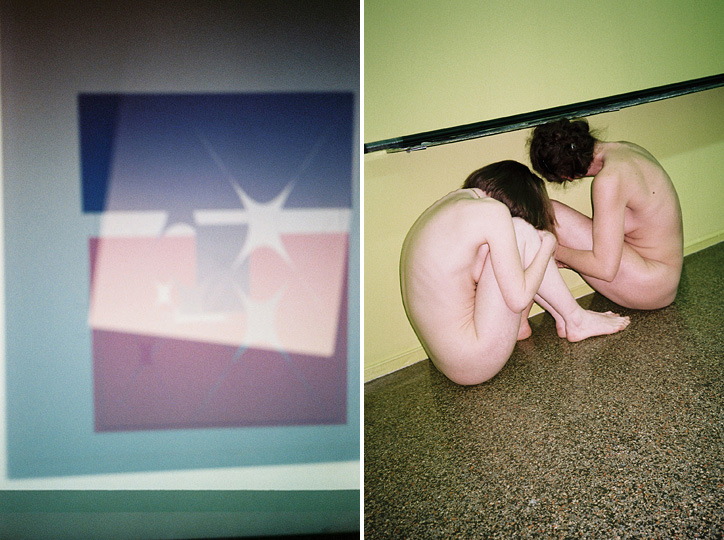 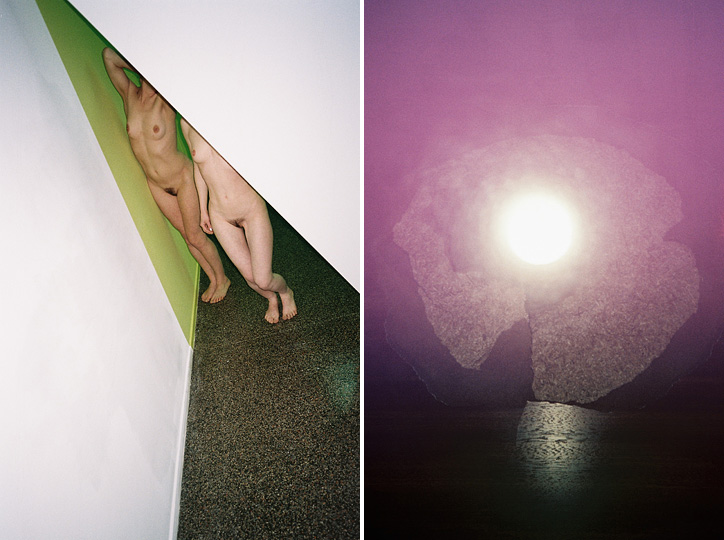 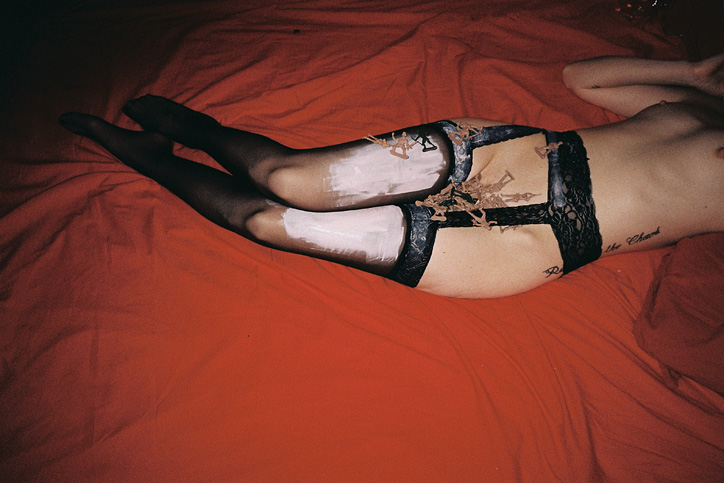 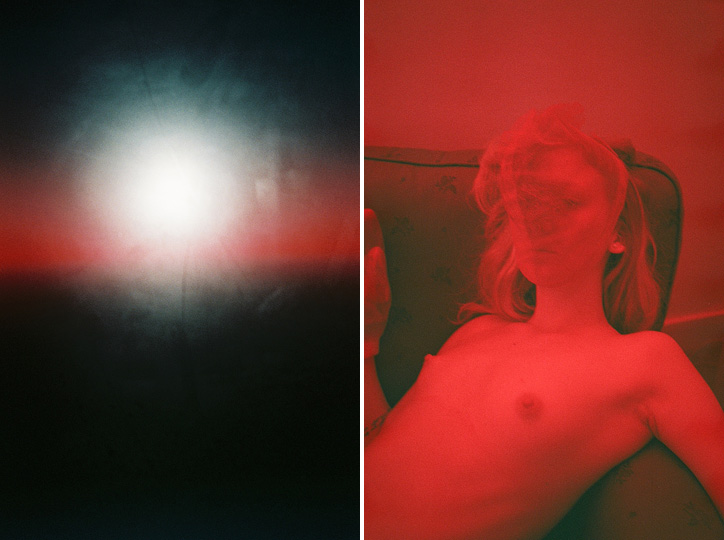 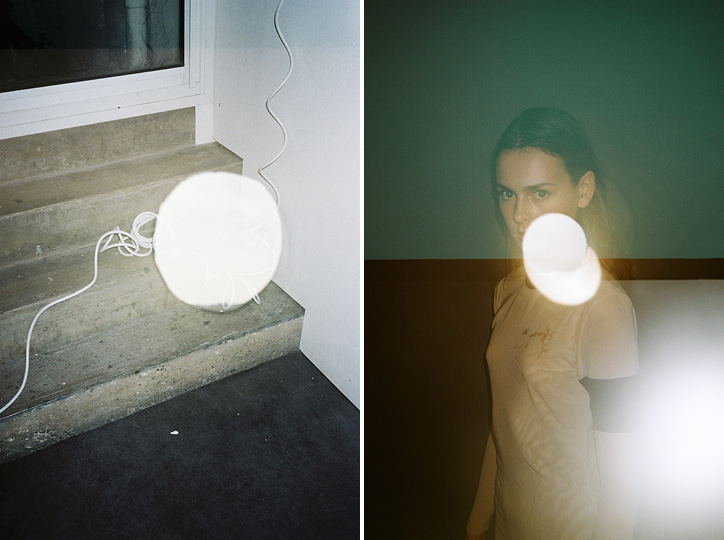 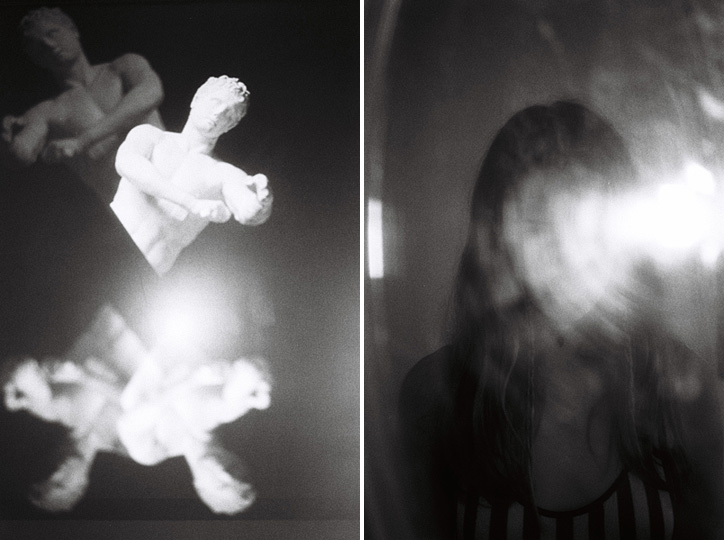 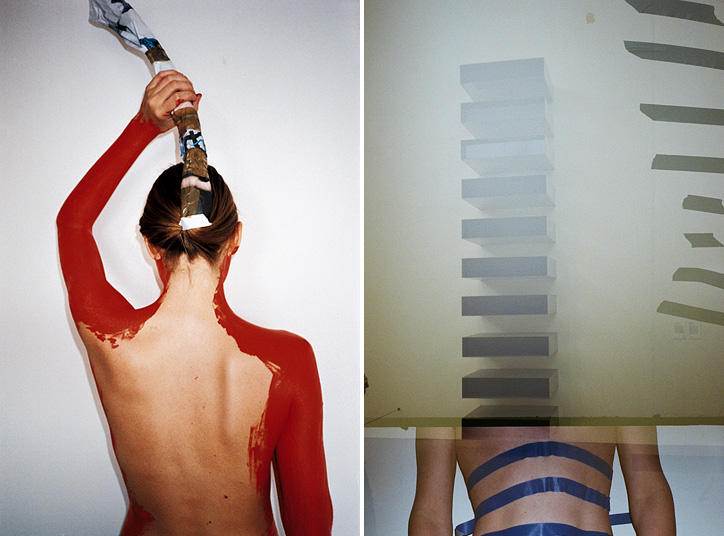 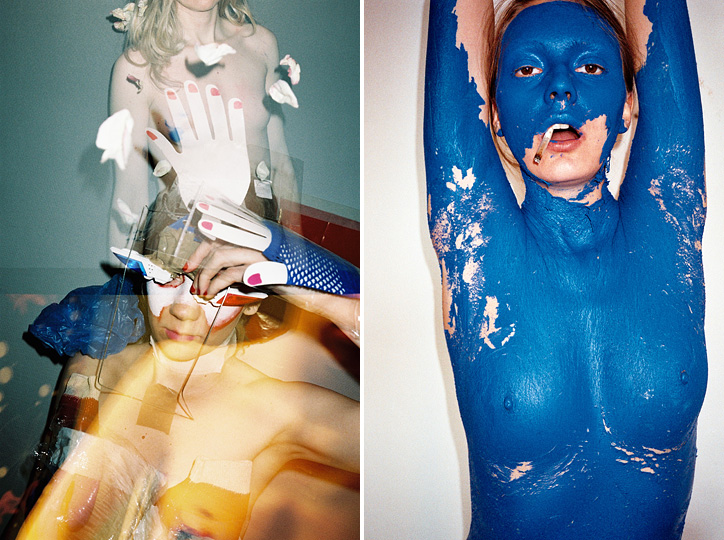 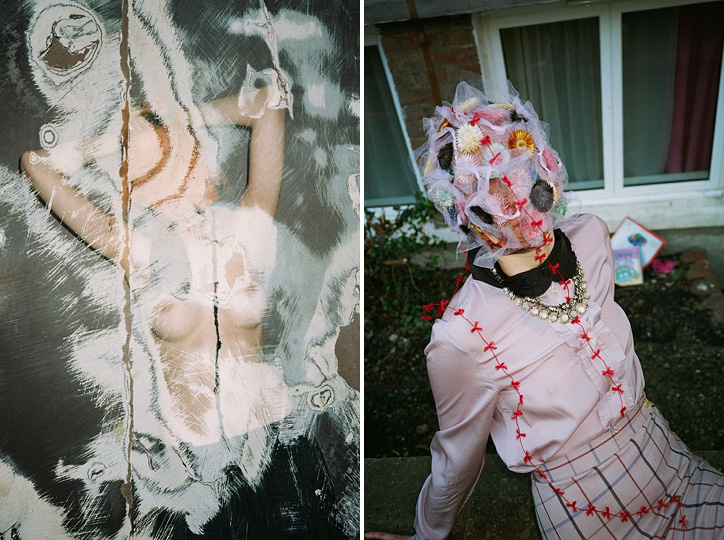 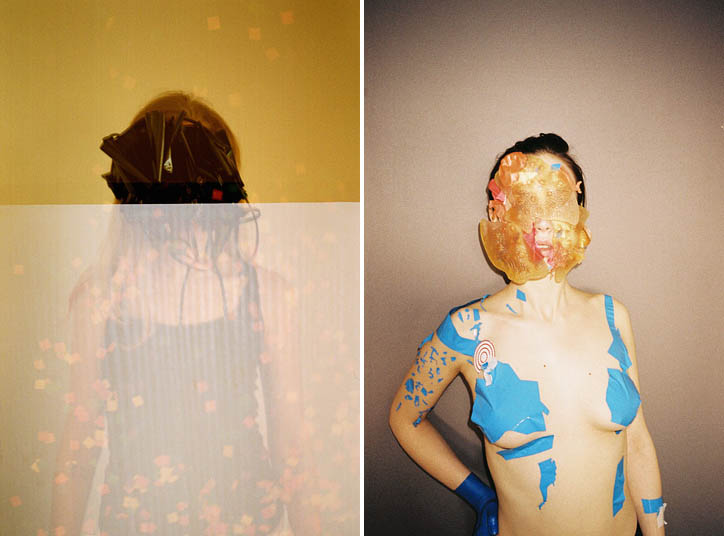 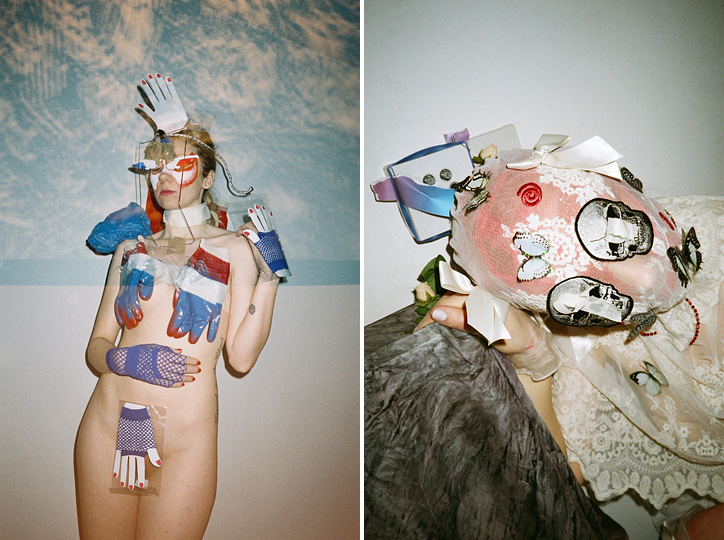 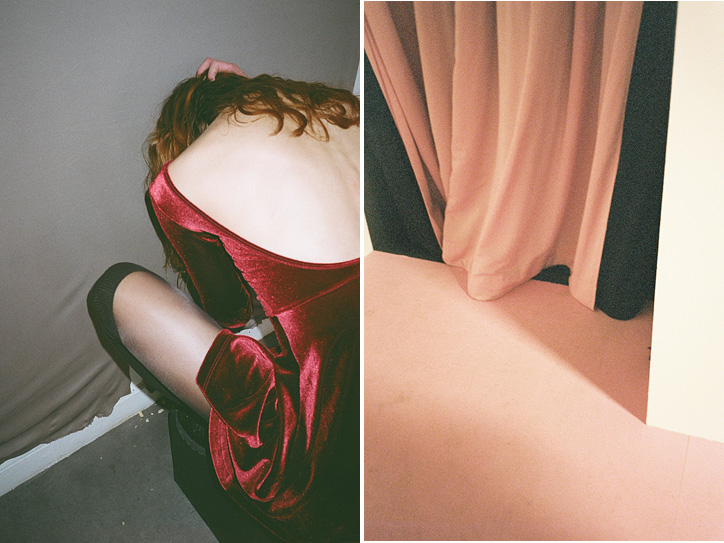 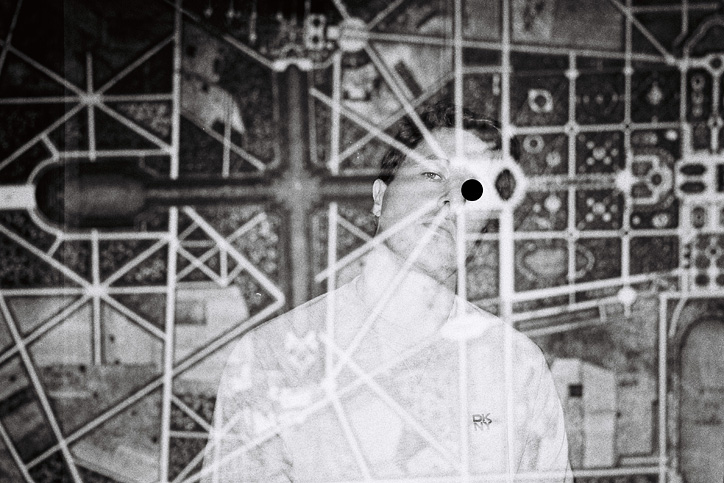