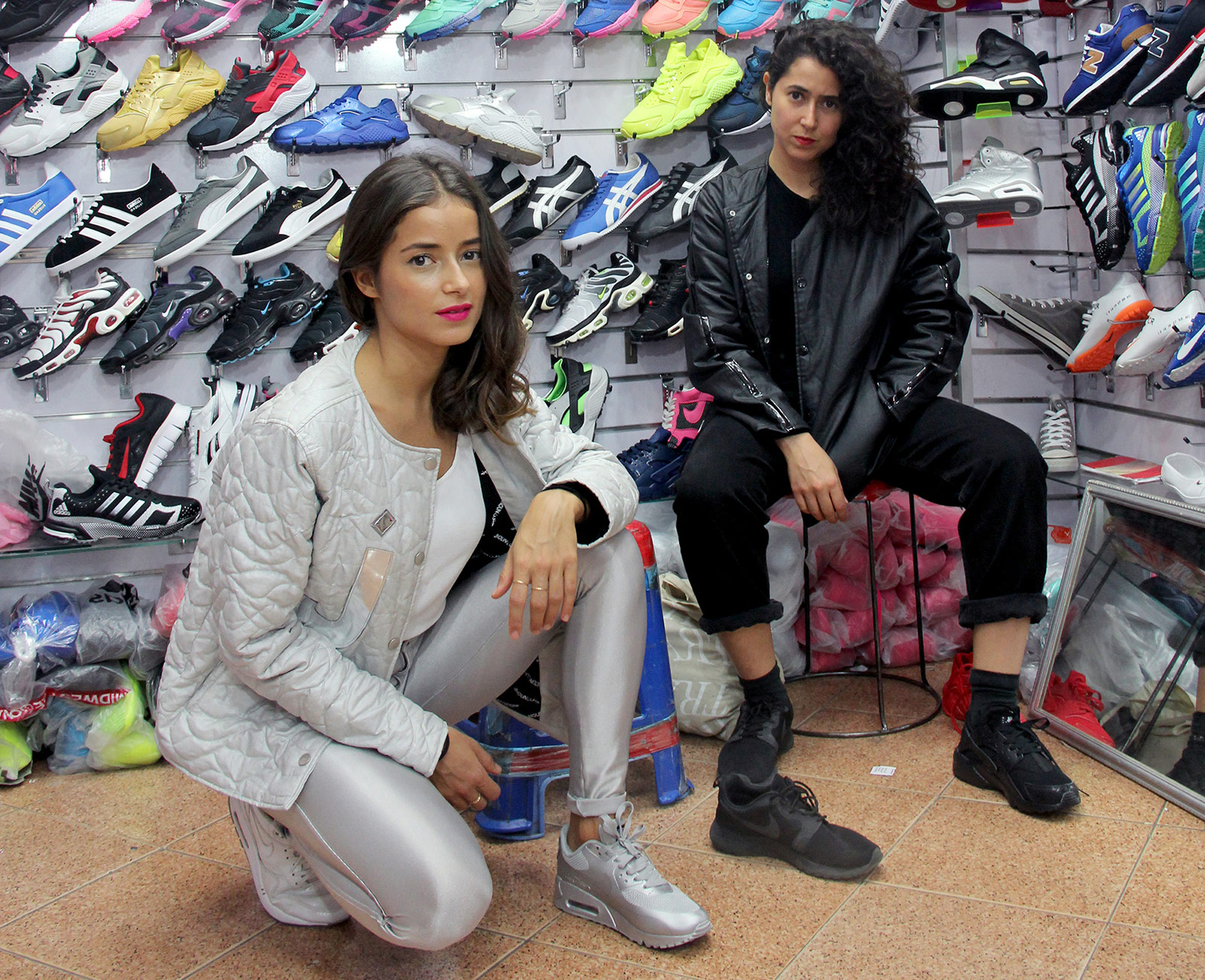 Sisters Meriem and Zahra Bennani are a couple of creative minds who know no limits. The first one, who we previously interviewed here, is an irreverent artist with a great sense of humour; and the second is more focused on the fashion and marketing fields, having worked for Marie Claire and Cosmopolitan. Together, they launched JNOUN-Studio, a project aiming to bridge three cities that mean a lot to them: Rabat, Paris and New York. After succeeding with their first season, based on Morocco’s landscapes and textures, they are now presenting season 2, with a more futuristic and urban approach and with Rabat’s Joteya area as its main inspiration. After having organized a pop-up sale at Group Partner’s studio last Saturday in Brooklyn, they are now about to exhibit their collection at Capsule Trade Show in NYC, from February 21st to 23rd . With such interesting profiles and point of view, we decided to interview the sisters behind the emerging brand.
Zahra, you’ve worked for Cosmopolitan magazine and Group Marie Claire in France; and Meriem, you use fashion in some of your artistic projects, like the Fardaous Funjab one. Now you’re launching your own clothing project together. When did you know you wanted to work in fashion? How did the idea of the project come up?
Fashion runs in the family. Our grandmother makes traditional Moroccan garments, very beautiful caftans. We grew up in her studio, going through her drawers of silk thread and bothering the focused embroiderers! Similarly, our mother has been developing her own line over the past six years. We also made our own clothes. We have always loved developing ideas through our respective areas of expertise and putting them together. Jnoun came from this desire to keep on collaborating in telling stories through different mediums – now utilizing the skills we have learned as adults. Fashion came naturally because it felt like a family affair, but exploring our project through a variety of mediums is never excluded. 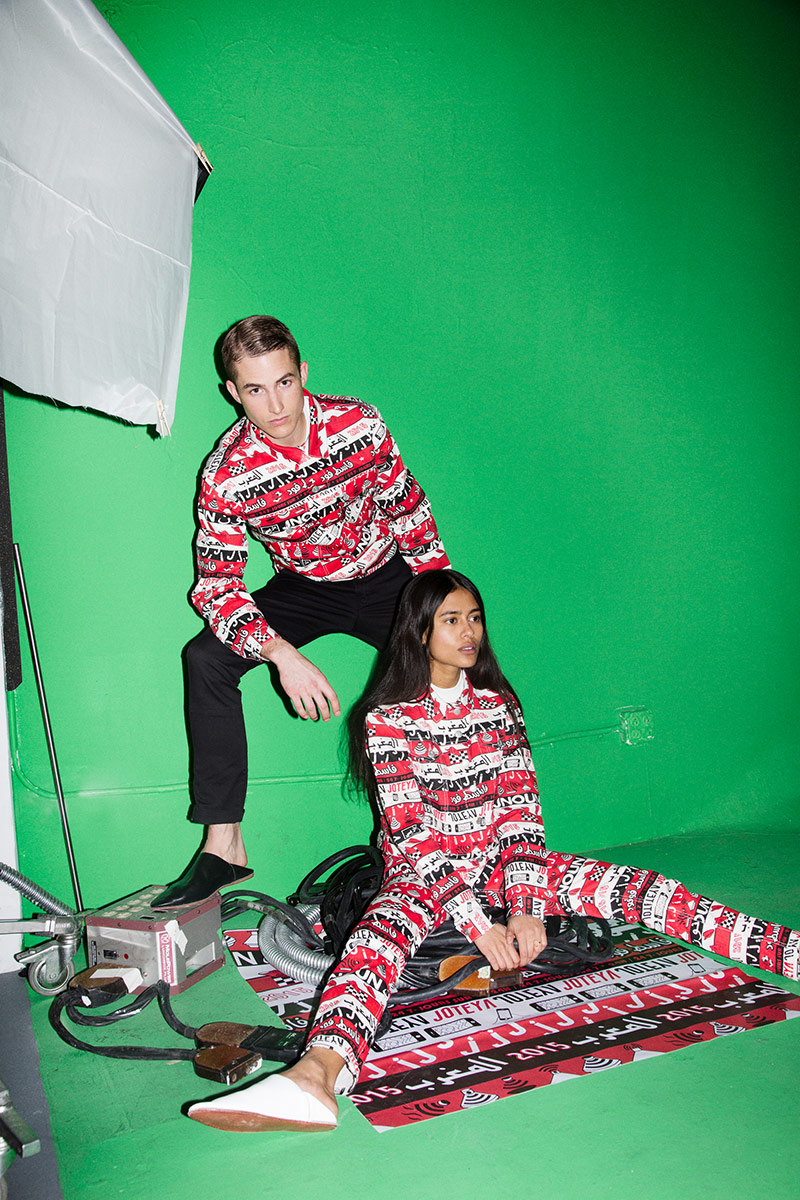 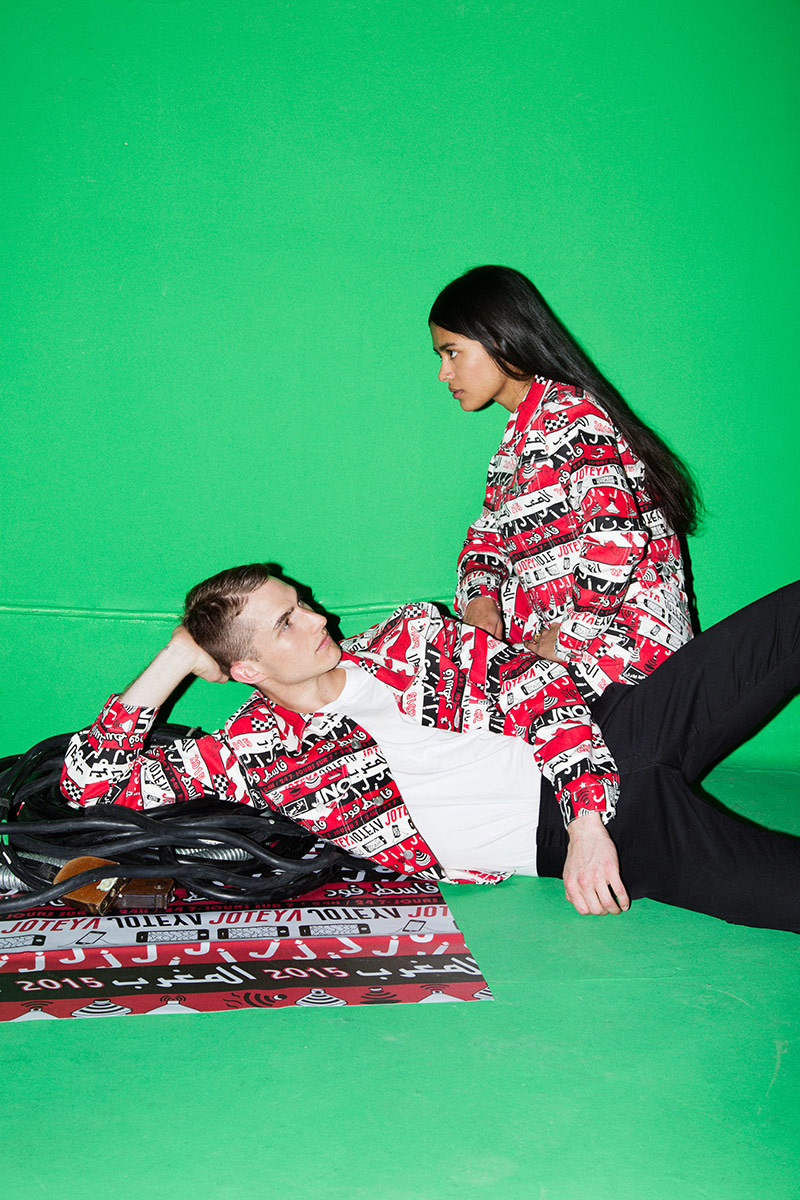 If you didn’t work on this field, what other jobs would interest you? And what was your dream job as kids?
We both love dancing, which might or might not make it into the next projects…
Both of you have studied and lived outside your hometown (Paris, New York), but recently moved to Rabat. How do you feel here? Are you planning to stay for a long time?
We both left Morocco at the end of high school, so Jnoun is a great way of reconnecting with it as adults. Everything feels so familiar, yet completely foreign. The project has been welcomed with a lot of enthusiasm by the press, fashion professionals and scene of creatives in Morocco – we feel very lucky! We are discovering the art and design world that is bustling and that we wouldn’t have been able to encounter without Jnoun. Similarly, it allows us to engage in new ways with Paris and New York and, more importantly, to bridge geographic and creative gaps between the three places.
The clothing and the studio are born in Paris, designed in New York and crafted in Rabat. Why so many places? And what’s the importance of each city in the process of creating and making the garments?
Rabat is our hometown. We truly believe it is important to invest in Morocco on a financial and creative level, which is why we try to maintain a 100% of the production there. We have both lived in Paris, although Zahra has been there longer. New York is where Meriem lives and where Zahra spends long periods of time. In each of those three places we are surrounded by supportive communities, and the three of them feel like home to us.
How is it to work with such a close relative? Is it easy for you to separate the familiar relationship from the professional one?
Our professional relationship started when we joined complementary forces on our daily dance shows for adult audiences (a.k.a our parents). We were probably 6 and 9. We’ve always collaborated and taken it extremely seriously; the challenge now is to work around the distance and the hour difference from NYC to Morocco.
Working with your sister has a lot of perks: being raised within the same household also means you have similar work ethics, and familiarity allows more transparent communication. Plus there is complete trust, which is so important. 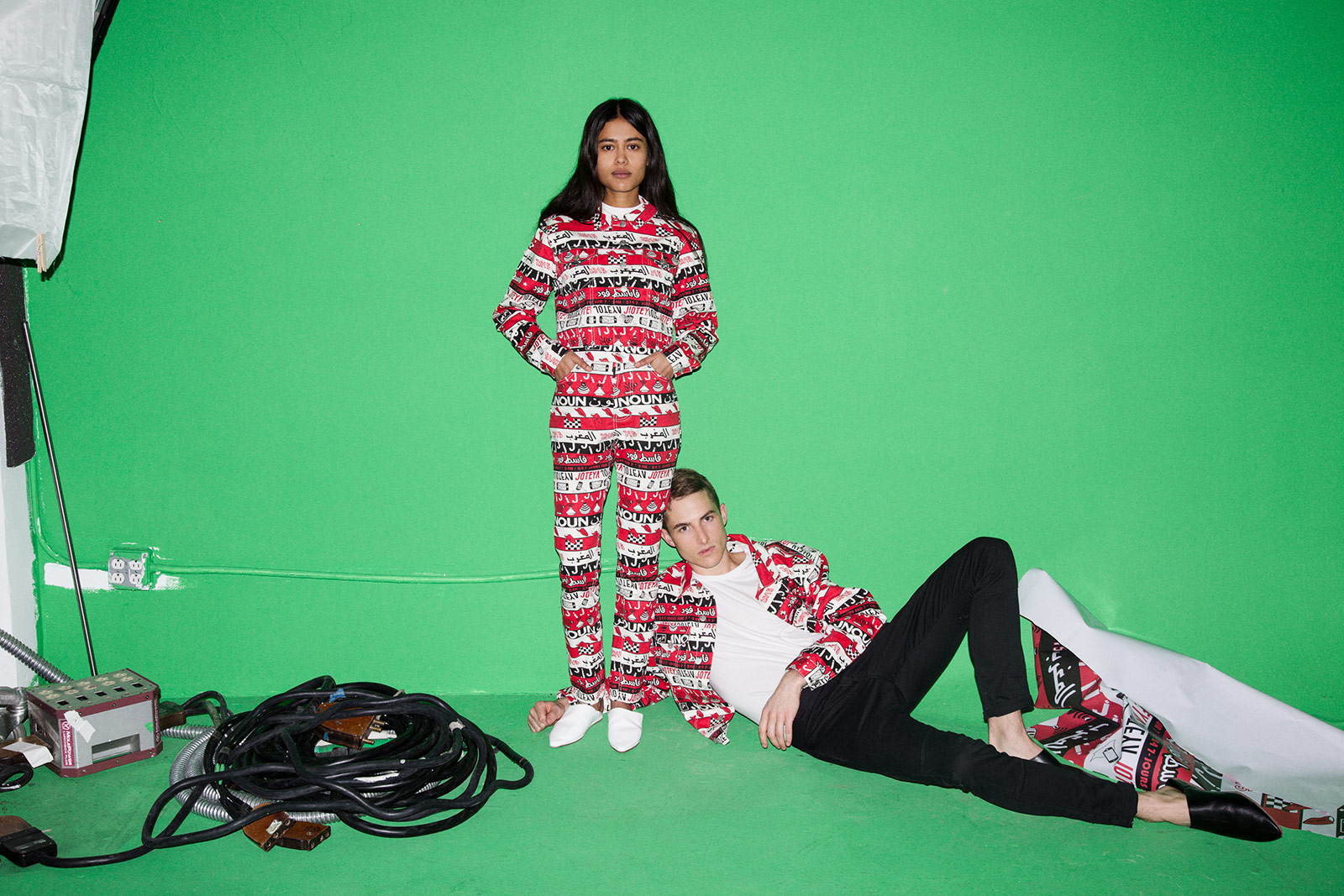 I liked the launch video of Project 2 a lot! The moment I saw the roller, I thought it was for snorting a line; but it turned out to be a futuristic (even magical) device to rent and display videos. What’s the meaning of all that?
Thank you! Project 2 explores the theme of the Joteya, which is the part of Moroccan markets where you can get your phone fixed, buy bootleg sneakers or get burnt DVD’s, but you also find antique shops and old records. In the video, we tried to imagine what this place would look like in the future, with the specific example of the illegal DVD store. You write the name of a movie on a piece of paper, and a hacker downloads a hologram of it on his makeshift computer of the future. The rolled paper is only there to contain the holographic movie. We wanted something playfully sci-fi and Moroccan.
The first season/project was about Moroccan landscapes, and it was full of sandy and watery textures; now, Project 2 takes place in a urban environment, as you were saying. What has this place to be so inspirational? What does attract you the most from it?
For us, it was very important to portray a Morocco that looks towards the future rather than something nostalgic. The Joteya is the place where tradition and local crafts sit next to technology and globalization. Jnoun is global and concerned with the meeting point of past and future. It was fun also to realize that the Joteya can be anywhere: Flushing in New York, flea markets in Paris, etc.
Project 2 has fewer pieces than the first one, and they are also unisex (while Project 1 was mainly womenswear). What is the reason behind this change? Why do you want to include men in your target? And why did you reduce the number of pieces?
Project 2 is urban and has a futuristic, sportswear inflection that doesn’t have to do with gender but with the exploration of the Joteya theme. We love the idea of being inclusive and seeing different people in our clothing! This project will be developed over the next few months so there is more to come, whether it is capsule collections or collaborations with artists. 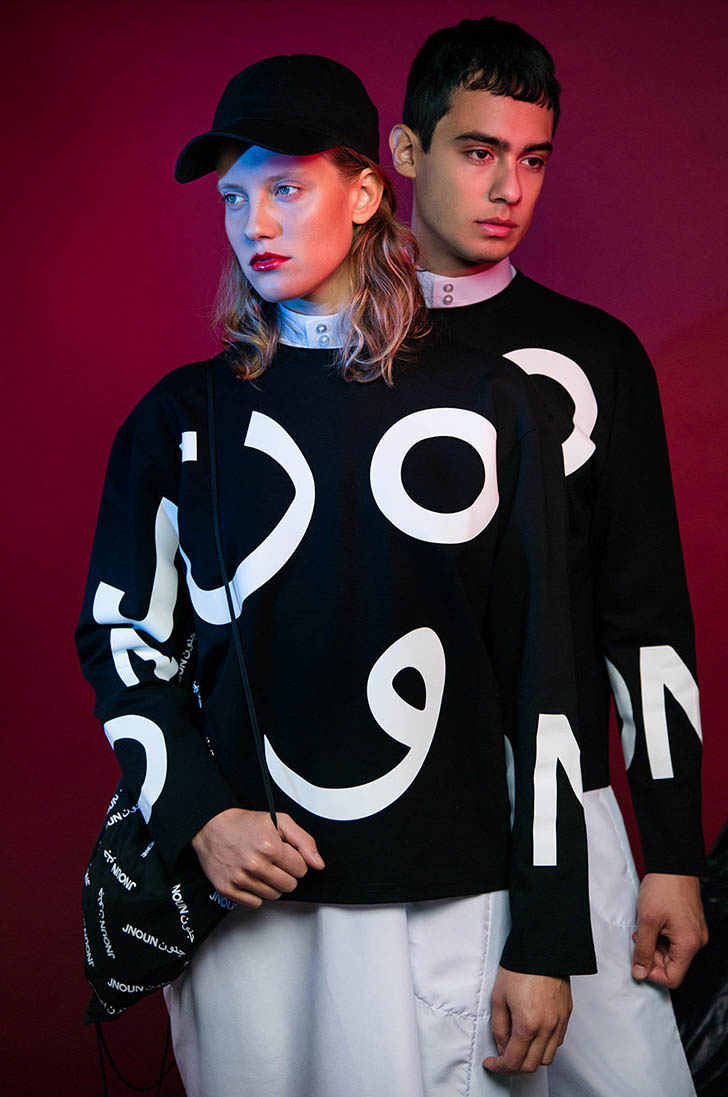 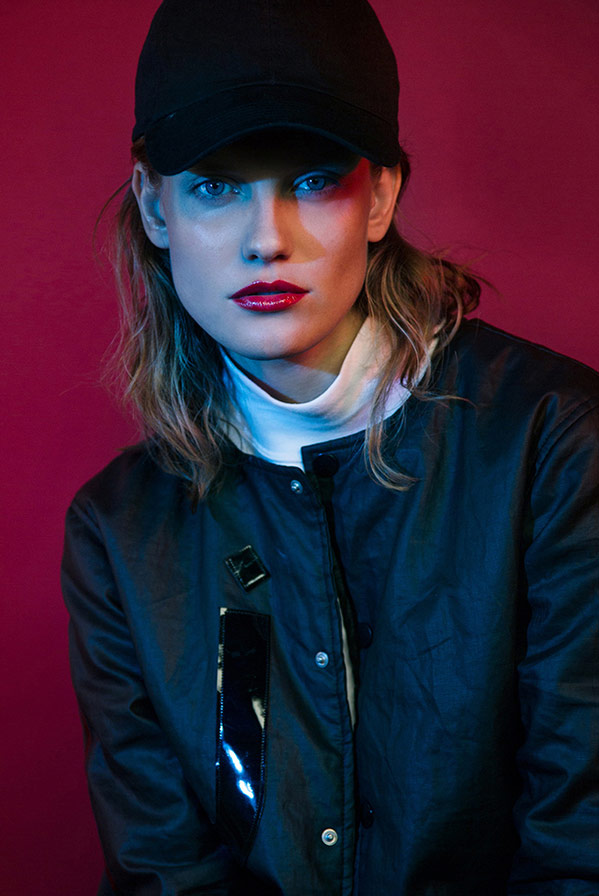 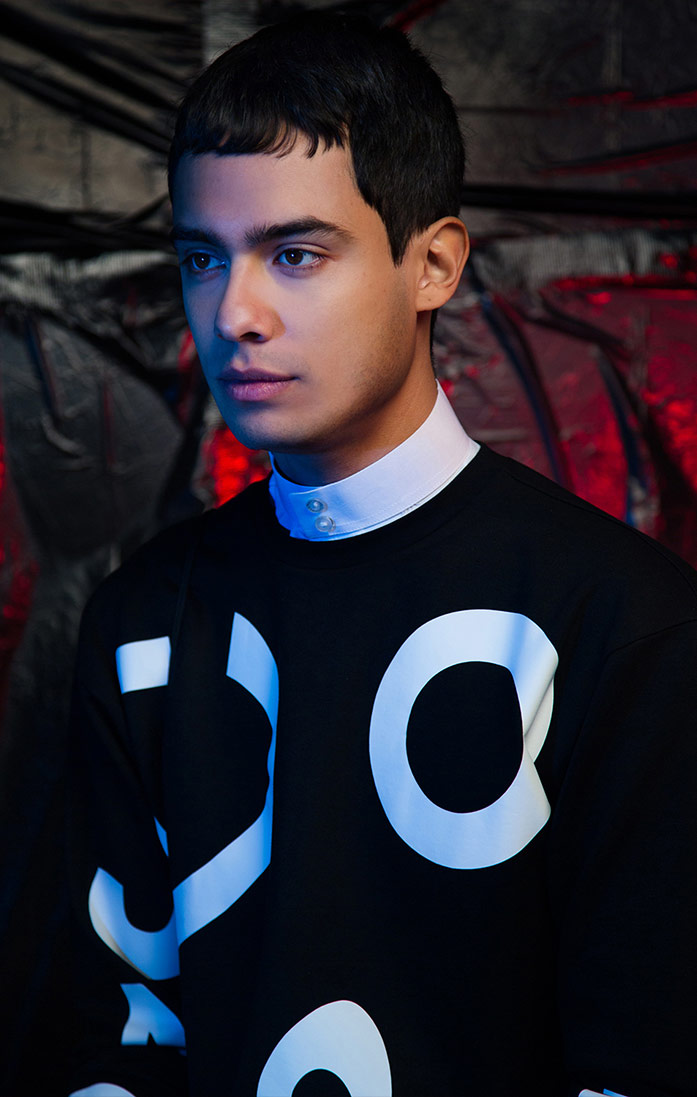 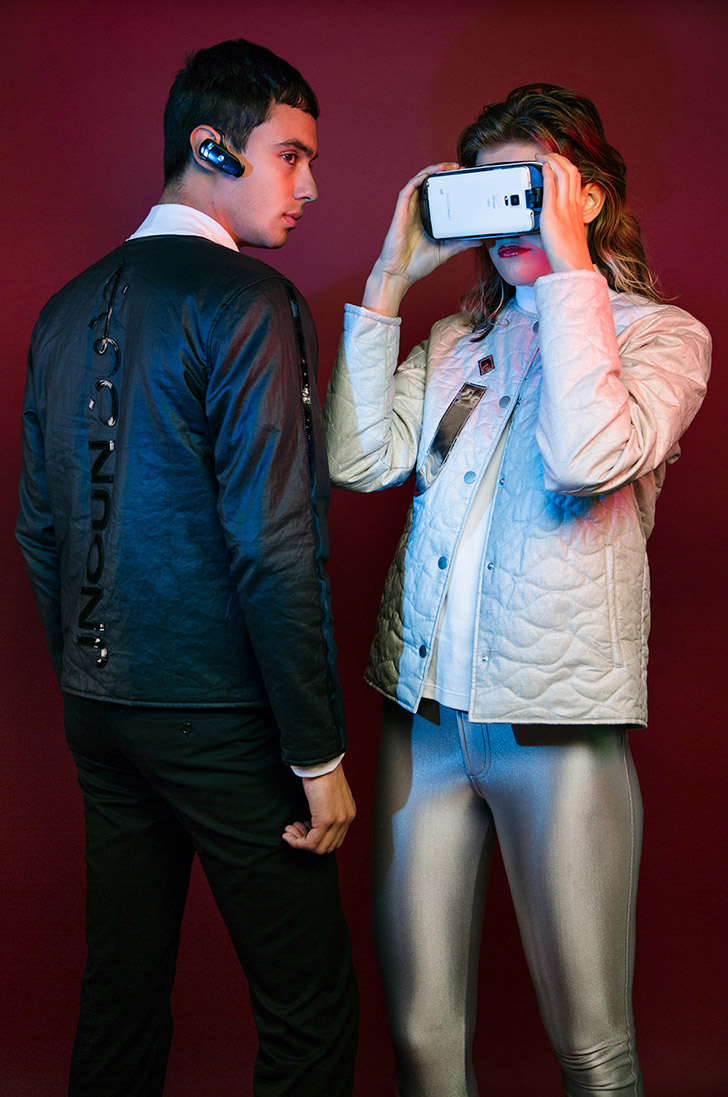 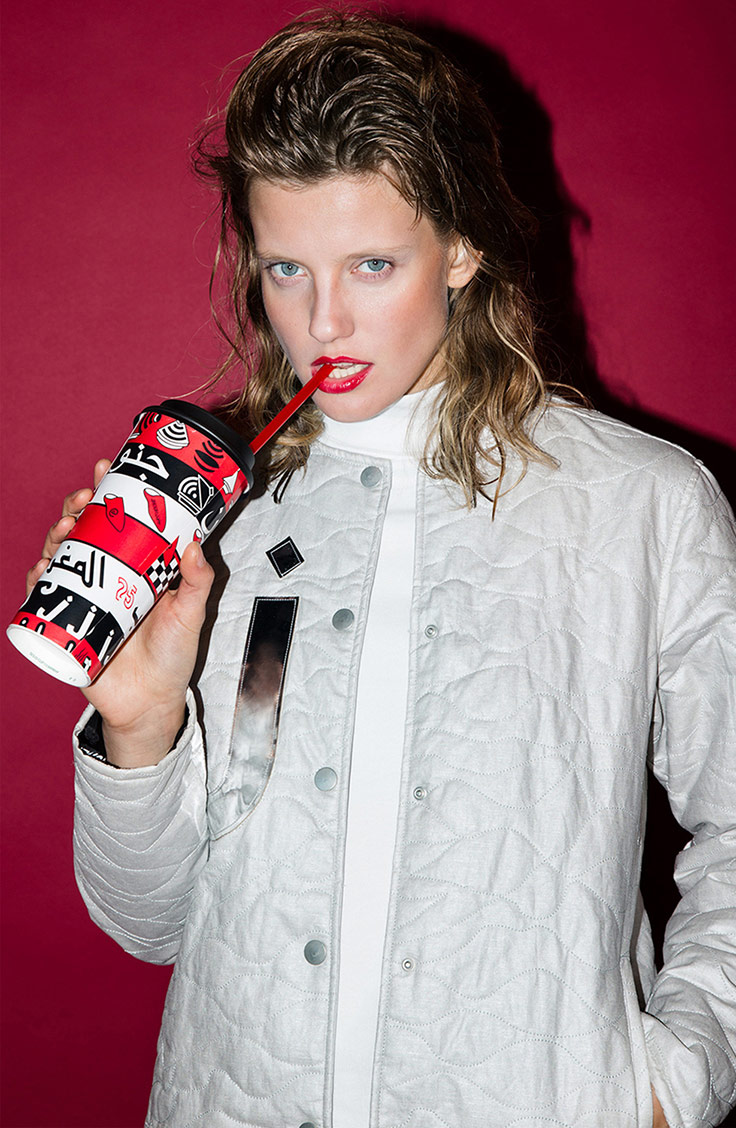 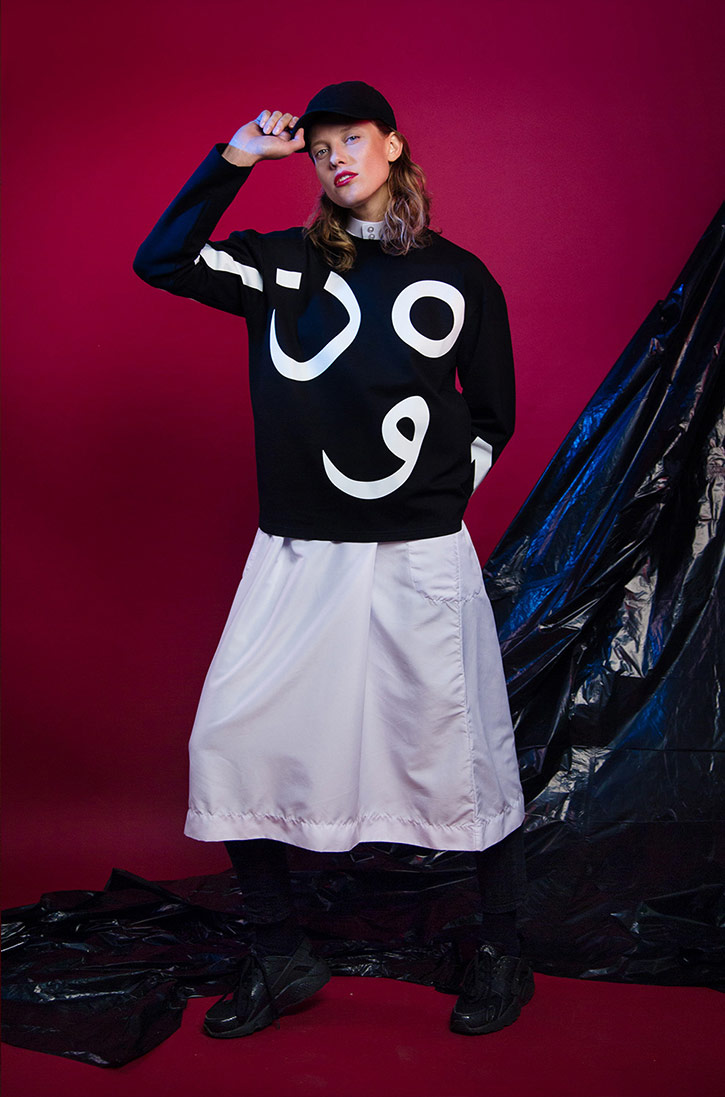 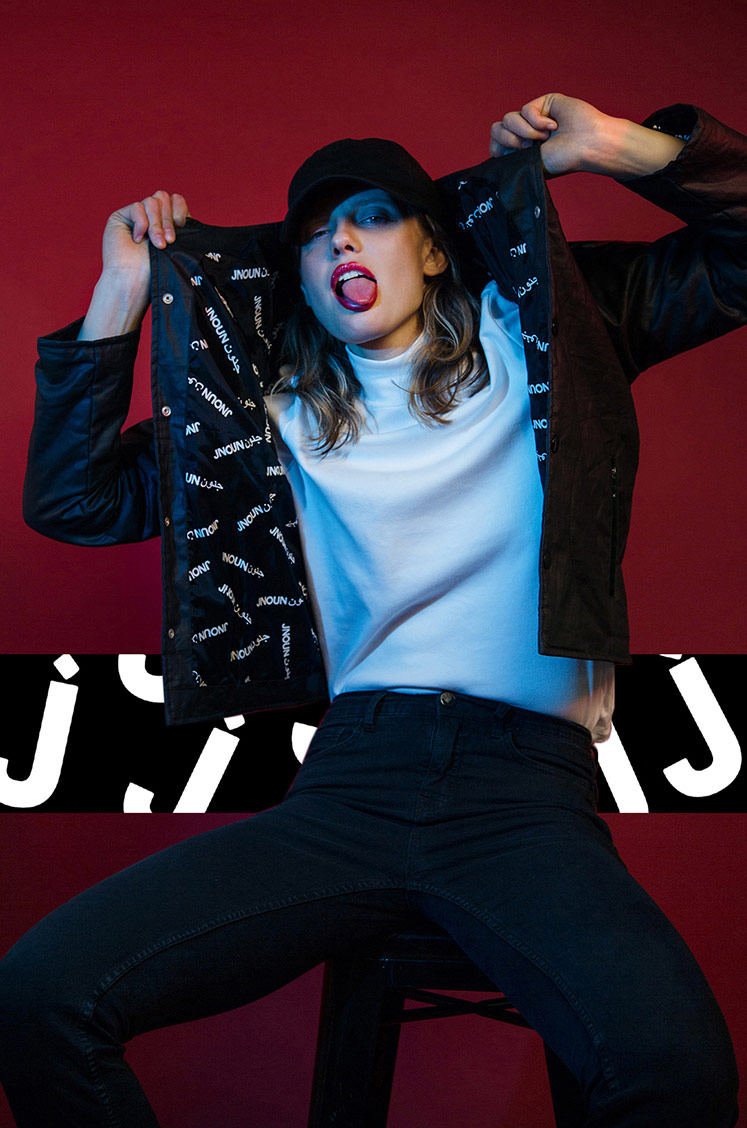