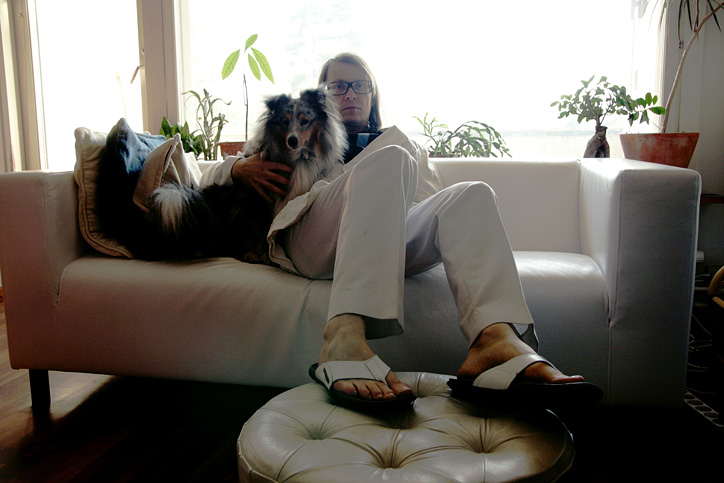 Jimi Tenor has been doing music for 20 years, but his creative mind has been involved in a lot of other stuff as well: from photography projects to inventing instruments or even clothing design. Now we have the opportunity of watching the latest film he’s done with Jori Hulkkonen, Nuntius, while listening to its soundtrack live. We talked to him during Sónar Festival and found out he is, possibly, the most restless person in the world.

You’ve changed a lot since you started making music. In the beginning you were more jazzy, then you went to electronic music and now you’re back with jazz. What were your influences when you decided to change your style?

I guess I’ve been doing music for such a long time that one wants to change as the years go by, because otherwise you get bored. But the truth is that, even when I’m doing this jazz stuff, I like to compose electronic demos first. I come from a more electronic and experimental background than a jazz one. I used to do a lot of industrial stuff, like a lot of self-made instruments. But when working with a big band (like I am doing now) you have to be quite well prepared, so I have to leave the experimental apart.

So what is your electronic background?

I used to listen to things like Gary Numan, futuristic new romantic stuff.

And you started to be interested in jazz when…

That was quite late, when I was 25 or 27, then I started listening to hippie jazz and I went to see Sun Ra in the 90s in NYC and that kind of changed everything. I remember I was in the concert and I thought, “Wow! What is this?” It was a really wild experience and they were wearing amazing outfits. There were maybe 20 people in the band and it was completely free jazz. It was just chaos and living the music. It really had a huge effect on me.

You’ve been living in Barcelona, New York, Berlin and London. What made you move so much?

(Laughs) I guess I have that kind of restlessness, but I’m not moving anymore. I’m a little bit tired of traveling and changing. And maybe I moved too much, for example I haven’t any records or any books that I used to have when I was younger because when you move constantly to different countries you can’t take them with you, so I left all those things somewhere, and even the furniture. That’s kind of strange.

You showed us your movie Nuntius at Sónar by Day. When and how did you decide to make this project?

About 3 or 4 years ago we did a couple of shows with Jori Hulkkonen. We did a new soundtrack for a film that I made in 1996, it was for a special festival and it was fun, so we thought we could do a special film only for this purpose. We could play on stage and there would be something like a film or some visual things. We always talked about that but we never did it. We always said “Let’s do the film! Let’s do the film!” and we never did it. But like a year ago, Jori called me and said “Ok! This week we make the film!” (Laughs).

And did you have any idea about the concept?

We didn’t have any in the beginning, but we finally found one we both liked, so then we decided to to this thing – like a road movie from the house of Mr Normall to a place near the Russian border in Finland.

Mr Normall stars in the film. Did you know him before?

Yes! We knew this guy, he’s been a new romantic since the 80s but continues until today, so in the evening, when he goes out, he always puts make up on and wears special glasses. Why is this guy always in the same style? So we found him and we said “Ok, we make the movie!”. The travel of Mr Normall.

Your next album will be out in September and you’re going with an orchestra of 17 people, some percussion and guitars. How did this new album come out?

I’ve been working on this compositions for many years, I made demos but it was for no concrete reason. I’d just been working on it, and one day I thought maybe I could do something about it.

And you’re playing a synth, a sax and a flute, mainly. What’s the instrument you feel most comfortable with?

Flute is my main instrument, but I feel comfortable with everything! I did a lot of self-made instruments made of wood, like little percussions or other kinds of flutes, so I like to play this kind of things because what you can do is limited and you don’t have to be a professional. You can only get two sounds, so you just play something and it’s fun and it’s good too.

What do you listen to when you’re home?

I’m still listening to some hippie and exotica music. The last thing I’ve been listening to is Pyramides, because we played at the same gig with them in Germany so I bought a vinyl from them from the early 70s. It’s a little bit like Sun Ra. Then I listen to a lot of pop music that happens to be popular now because of my children, so I know all of those new artists (laughs).

Are you touring with the big band before the release of your album?

No, I’m not going on tour with them because it’s too many people. I did one big band tour in 2003 and it was really hard to organize, and sometimes you even lose money.

And with the film?

Oh, yes! That’s much easier because we just bring a laptop or the file and then there are two guys and sometimes Mr Normall comes to stage too, like he did during our Sónar performance. He appears from the smoke (laughs).

Did you enjoy Sónar?

Yes, I did! I liked playing here! I played in 1998 too, in the evening, when it was in the beach and I remember I really liked that night because it was next to sea and you could go to the cocktail bar and take it easy. Maybe now it’s become too big for me, I don’t like big crowds at all and I don’t feel as comfortable as I did back in 98. 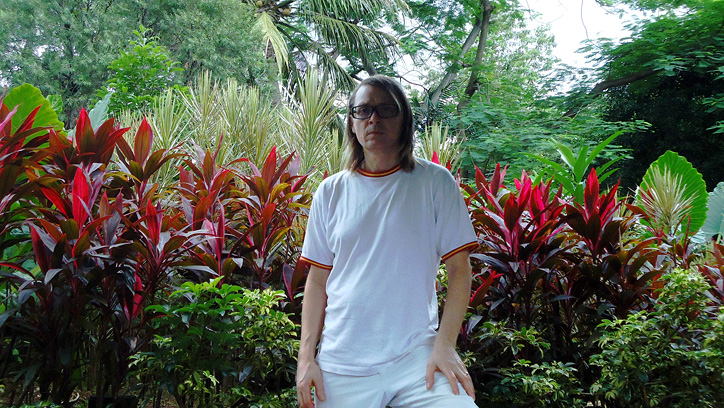