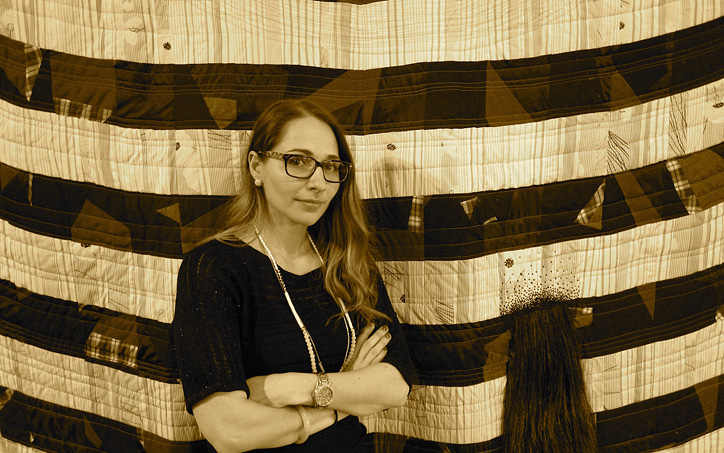 Ink, paper, thread, synthetic hair… The work of Jessica Wohl is not limited by the boundaries of a particular material or medium. She does what she wants, however she wants, but always observing the dark side of suburban life. Be it through her Hitchcock style collages or her sewn faces, her pieces scrutinise happy exteriors to expose the chaotic and often sinister undertones of family and upbringing, challenging the superficial to see what lies beneath. We talk to her about her work, inspirations and the melancholic past.

I was born and raised in Minneapolis, Minnesota, and got my BFA from the Kansas City Art Institute in Illustration and Art History. In the years after undergraduate school, I found myself gravitating away from Illustration toward the fine arts because, while I had developed proficient technical skills, I wanted to make work that investigated my own experiences rather than those of an art director. With this in mind, I got by MFA from the University of Georgia in Drawing and Painting. Currently, I teach Drawing and Painting at the University of the South in Sewanee, Tennessee.

How would you describe your style as an artist?

In terms of aesthetics, I would describe my style as colorful, dark and intimate. Fairly consistently, I work with found materials, and prefer to collaborate with something that already exists, and exploit these objects’ inherent qualities. In terms of practice, my style is more intuitive. I’m not concerned with making bodies of work that resemble one another, or work that could be easily identified as my own. I don’t care about having a recognizable style. I want the freedom to make whatever I want, however I want, and in order to do so, I let go of any allegiance to a particular style.

If you were to pick a theme to describe your body of work, what would it be?

I would say thematically, my work explores the dark underbelly of Suburbia, and often tries to investigate the relationship between how we present ourselves versus how we actually are.

Who or what inspires your work?

Family inspires my work more than anything. Not necessarily individuals in my family; I don’t make work about my parents per se, but I make work that derives from my experiences in my family, both where I came from and what I see my family growing into. Much of my work over the last eight years has been cathartic, and helped me come to terms with troubling aspects of my upbringing. As I’m about to get married, my work is slowly becoming an avenue for issues that are associated with starting my own family.

Your sewn drawings are so different to what one usually sees. What inspired this technique?

These actually came from a failed experiment with Correction Fluid and photographs. I liked the notion of starting over with a fresh slate, and asked myself, while looking at an old family photograph, “What if we could just remove ourselves from our environment and pick a new one?” So I whited out everything in the photograph except the eyes and mouths of people. But White Out is not archival, and is not meant for photographic surfaces, so it all cracked and peeled off. I turned to thread to cover these backgrounds instead, because sewing is also a way to mend things on our own, and is a material associated with homes. It all came out of that experiment.

You work a lot with old found portraits and family photos. Do you like to stick to a certain era?

Anything earlier than the 1930s seems a little too dated - as if it’s so far away from today that people can’t relate to it. Portraits from the last couple of years have begun to be staged in actual places, and no longer exist in those strange studios with ambiguous backgrounds or non-spaces. I like photographs from the eras in between. I prefer photographs from the 50s-90s due in part to its nostalgia, and the connection thematically to the fulfillment of the American Dream, but I also like the photographs to be from the past because they give us some distance. And this distance allows us to looks back and say, “I remember when I took pictures like this, those were the good ol’ days,” but inevitably, we always remember the struggles we were trying to cover up in those posey pictures. I like that latent melancholy.

With your collages, do you have an idea of what you want to create from the outset or do you play around with the images until they come together?

The collages are so fun because I don’t know what to expect. They’re like puzzles; I’ll cut out images of legs, afghans, arms, kitchen utensils and furniture and then I have no idea how I’ll put them together. I just play around with the shapes and forms until something compelling happens. I’ll often take a lot of pictures of the various iterations so once I move the pieces, I don’t completely forget what I’ve already tried. Then I just keep moving them around until my gut tells me to stop. It’s a new thing every time - that’s why I made so many of them.

Where do you find the images you use?

For the sewn photographs, I get the images in antique stores, flea markets or online. For the collages, I’ve got a vast collection of old magazines that I’ve been collecting for the last decade or so, but I also find materials at garage sales, thrift stores, and eBay. I also have a friend who used to work for Hustler, so he sent me a ton of magazines that gave me access to all these great body parts and hands in incredible gestures that I couldn’t have found in normal magazines.

You work with a lot of different mediums: collage, sewing, drawing and sculpture. What do you like about working with a variety of mediums and which is your favourite?

What I like best is that I rarely get bored. And as soon as I do, I just change media, and it allows me to work as often as I have the energy to do so without feeling stuck. I don’t really have a favorite, but I do tend to work in cycles. If I work on a big sewing project for months, I’ll want to switch to something more immediate like drawing or collage. After creating marks with pen for so long, I’ll want to feel the materials in my hands, and feel the lines under my fingers, so I’ll move to textiles.

I just finished a big show, and am five months away from my wedding, so for the next couple of months, I’m going to take a break, learn calligraphy and get married. After that, I’ll be going on a sabbatical and will be focusing on this notion of “how we present ourselves versus how we actually are” through the lens of the (American) South. I’ve lived down here now for eight years, and I’m very attuned to how kind, polite and genteel Southerners are, and yet, the South is still one of the most racially challenged regions of our country. There are skeletons in the closet of the South that people don’t like to talk about, but that linger just beneath the surface. I’m really fascinated by this, and will inevitably explore this tension in my upcoming body of work. 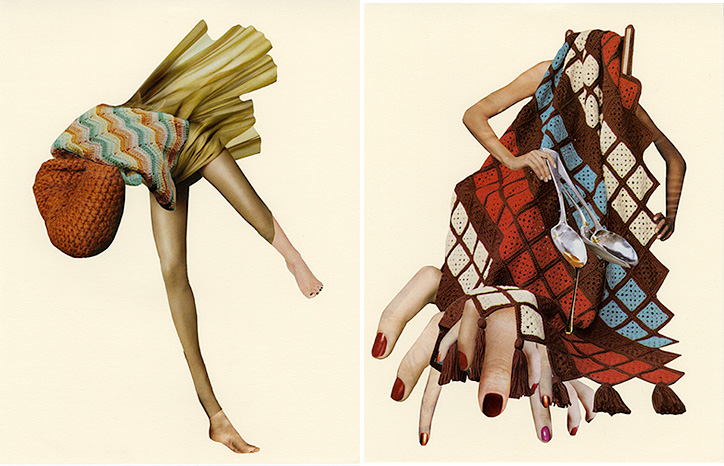 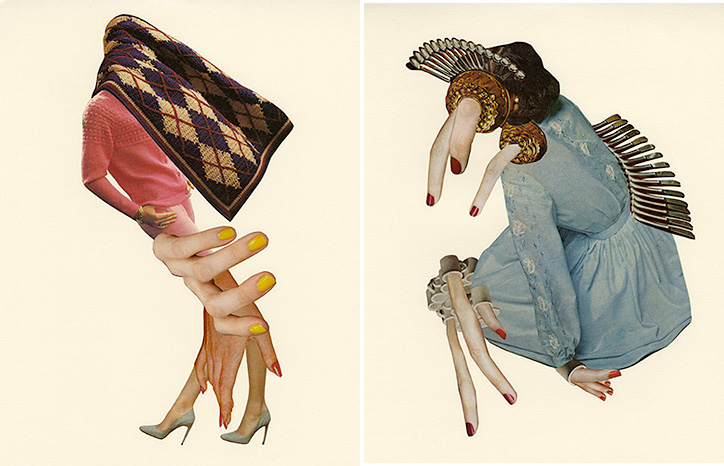 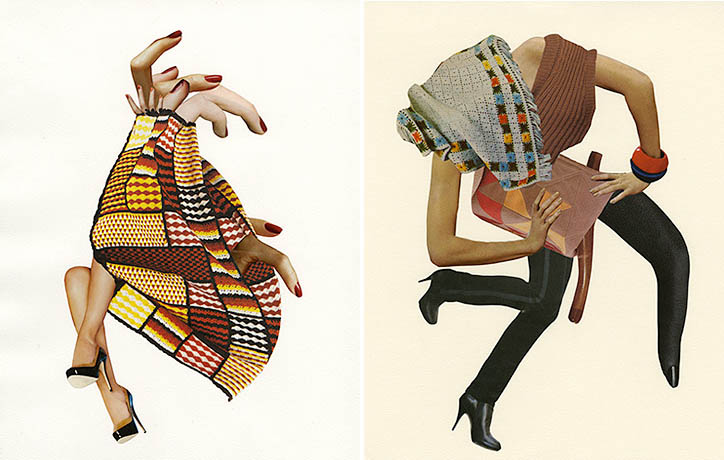 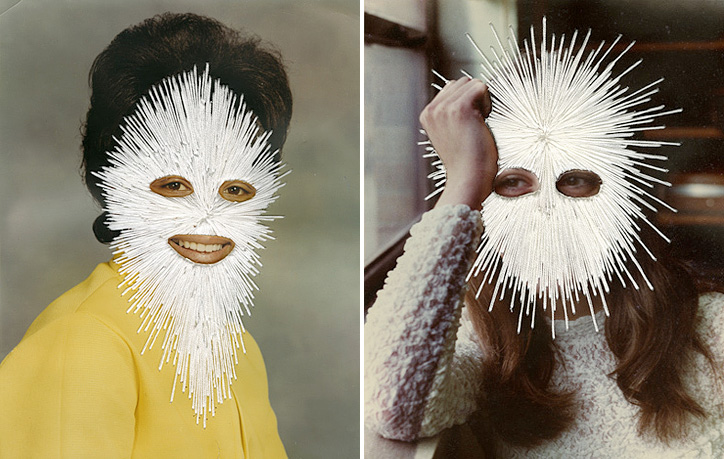 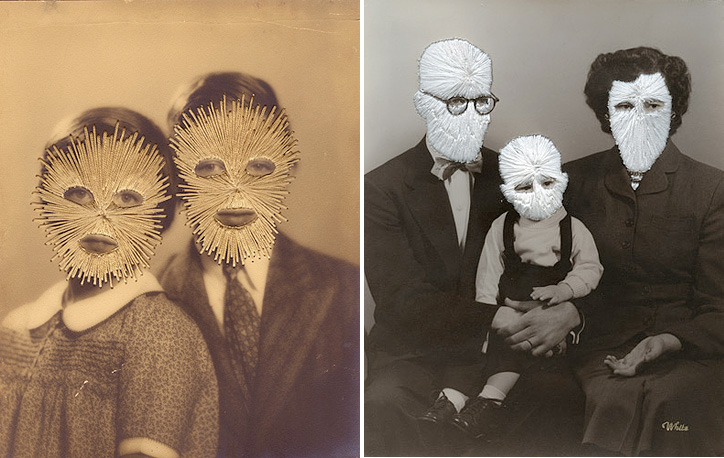 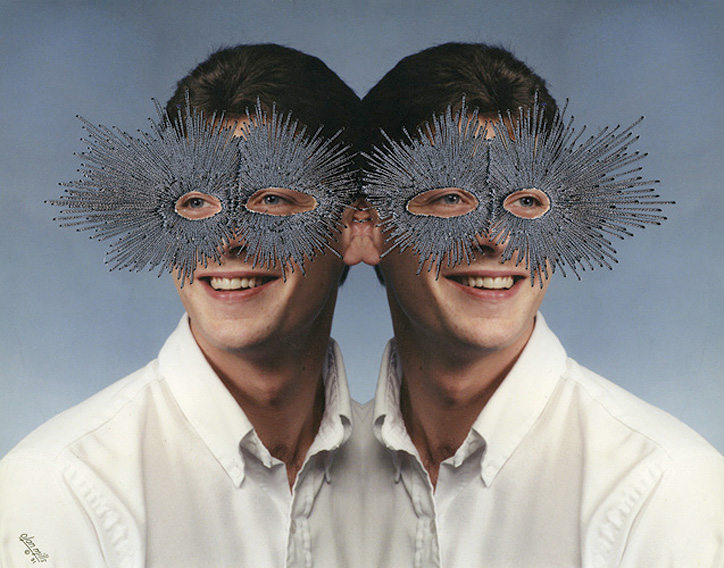